Parents should only interfere in your life to a certain limit.

This is how spoiled children are created. When parents make their children depend on them for everything, never give them “no” for an answer or never teach them how to handle rejection, the child starts thinking the world owes it something. However, we all know that in real life, nobody owes you anything. In life, you can win and lose and you will have to accept either outcome as it is. Some parents spoil their children further by assuring them that they can get anything they want, even if it isn’t theirs. If the reassurance does not work, they will do anything in their own power to get it for their children. Now, this is one big recipe for bad parenting and spoiled children. It can ruin lives. Not just the child’s, but it can affect a lot of other people as well.

This person on Reddit shared their story about working in an agency. The agency had a major client which was a bank. The person came up with a marketing strategy for the bank, but an obsessed parent made their agency lose its biggest client. Read details of the story down below:

The agency worked for a bank, which was great for its business since banks are super competitive and constantly need marketing/developer agencies to one-up each other. 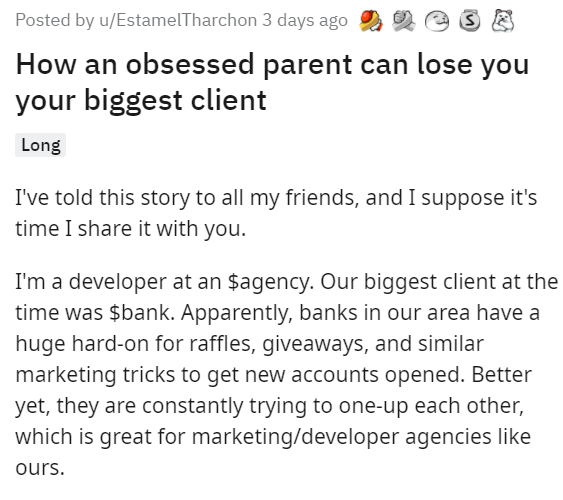 The agency came up with a marketing strategy for the bank. It would get young influencers to take part in a campaign, and the winner with the most votes would get a new smartphone.

As the voting went live, one of the influencer girls got a huge spike in her vote count. The father of a 14-year-old boy who was also participating in the campaign started making cheating accusations in their mail. 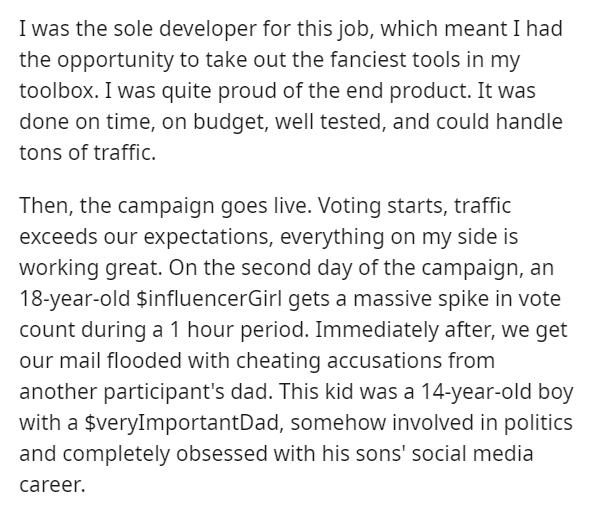 The father of the influencer boy made all sorts of threats to the agency and bank. He seemed to act very entitled in his emails and kept mentioning how big of an influencer his son is and how impossible it is for the girl to win. 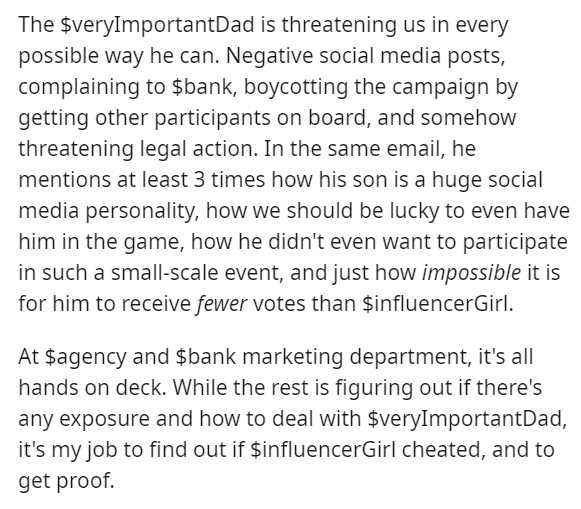 So the agency tried its best to figure out whether there actually was any cheating or not. 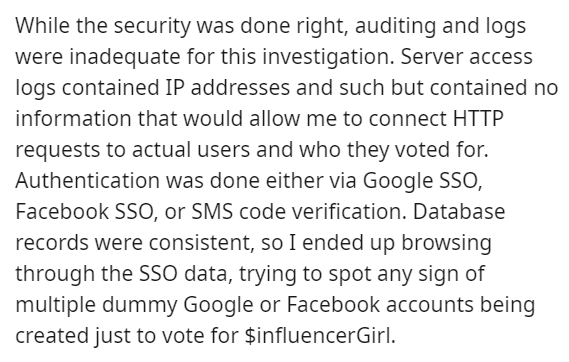 Everything went in favor of the girl, and they couldn’t trace back to the source of any cheating. 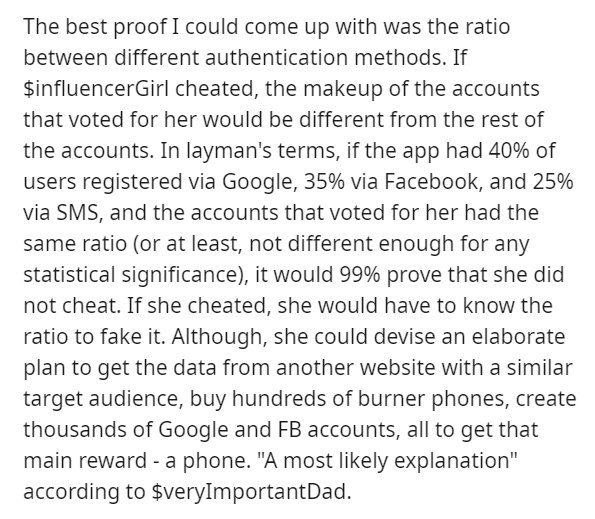 Then the girl finally told them that she made an announcement at a party and asked people to vote for her. However, this did not satisfy the influencer boy’s father. 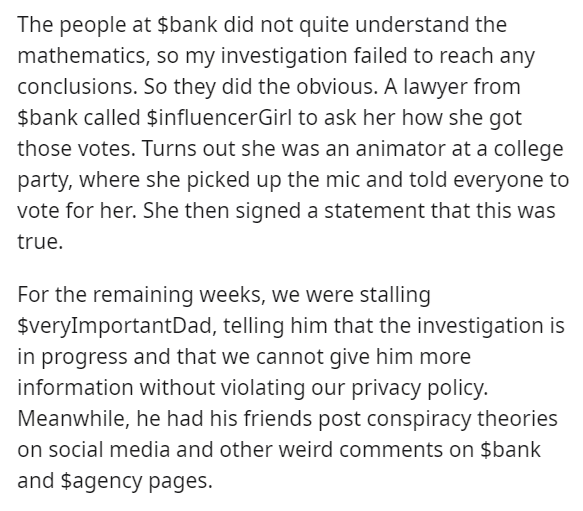 The whole incident negatively influenced the agency’s relationship with the bank massively, and the agency ended up losing its biggest client in the end.

How could someone be so obsessed with themselves and their family? Talk about being a sore loser. Just accept defeat and move on. Maybe your son wasn’t that big of a hotshot as you thought he was. This honestly just made me feel angry. The man was making a fool of himself and his son, all while causing a loss for an agency. 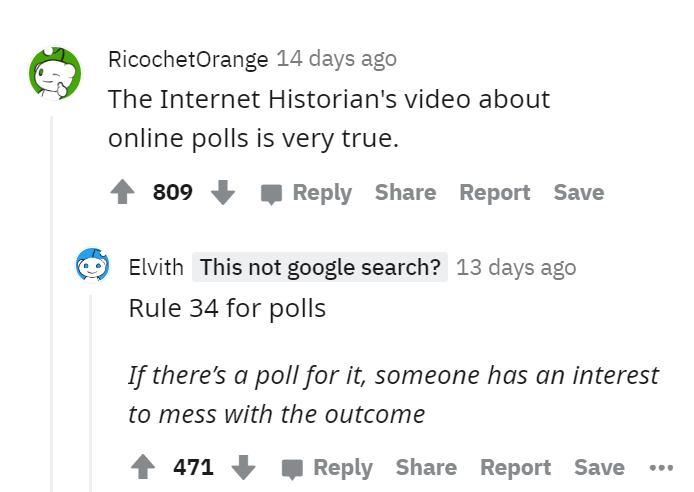 A bank couldn’t figure out the math? Rich. 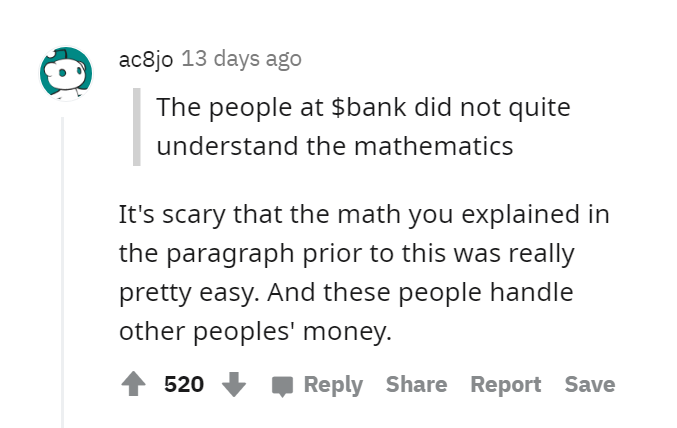 What logic was this man following? 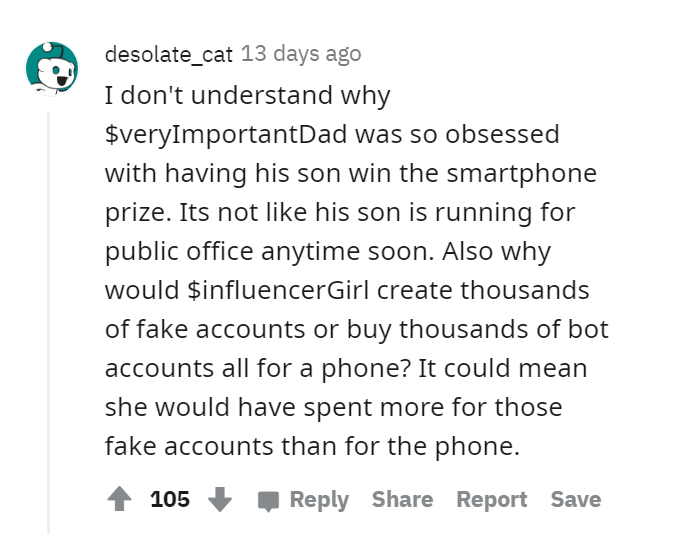 If you’re going to become a parent, don’t do this.

Step into the real world.

This is a possibility. 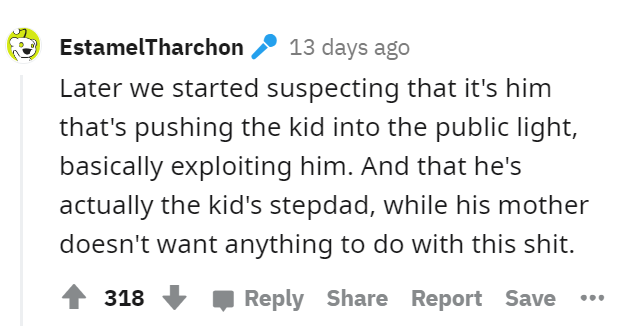 Have you ever come across an obsessed parent like this? Share your experiences with us in the comments below.