Does being a vegan allow one to be the butt of the joke?

It is fine to joke about silly things when you are friends with each other. And some people can take it even further and don’t hold back. However, there is always a line that should not be crossed. And one should definitely stop when anyone is feeling uncomfortable. So just because you have a dietary restriction or choose to omit certain foods, it doesn’t mean you can be the butt of the jokes all the time.

I know the media can portray vegans as being aggressive but most vegans are actually very nice and do not shove it in your face. And these days you can find vegan options in most if not all restaurants even if it may be a bit harder. However, it seems this office bully didn’t like their co-worker choosing to omit meat and its products from her diet. As they always managed to somehow find a way to make fun of them.

And you can see for yourself how that came back to bite them by scrolling below.

Honestly, I knew a few people like this when I was a vegetarian and it is very annoying. 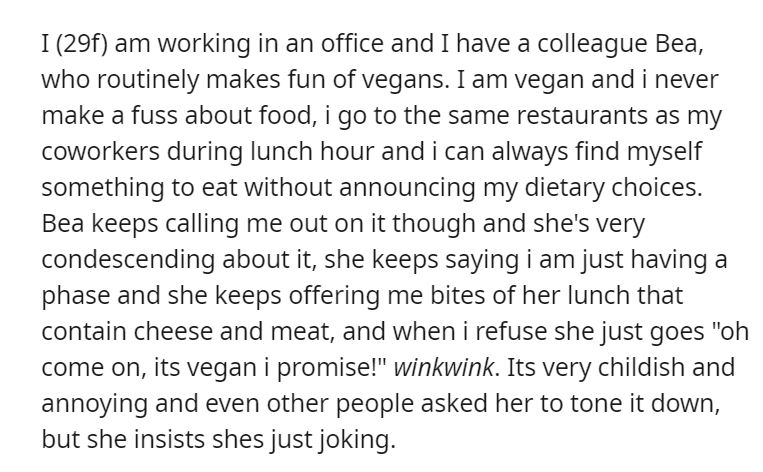 They think everyone does it because they hate the taste of meat. 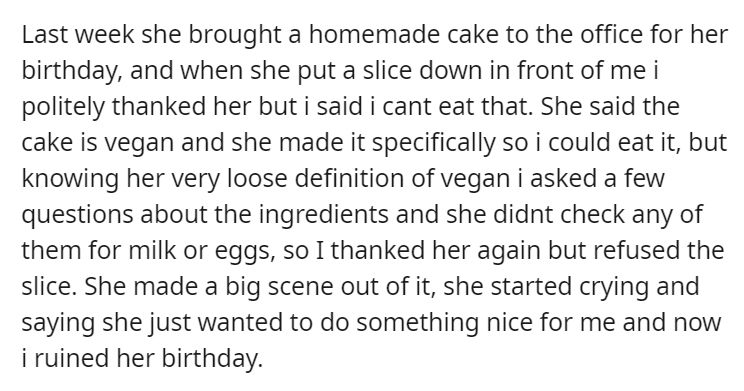 She may say it was vegan but can she really believe it?

I have no idea why people like to pay so much attention to what others are eating. Like if someone is eating a vegan burger than a regular one, it isn’t usually because they want to taste meat. Most of the time, they know what they are getting into. And while many choose veganism for ethical and moral reasons, others choose to omit meat and animal products because they just don’t like the taste. And I am not even mentioning the fact that some people have allergies. 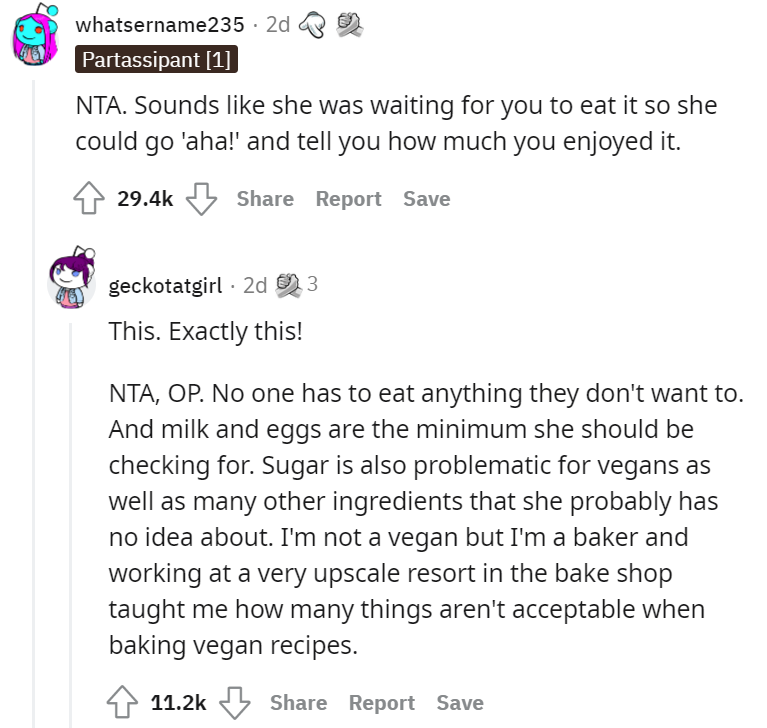 And as it turns out, many people have gone through something similar. 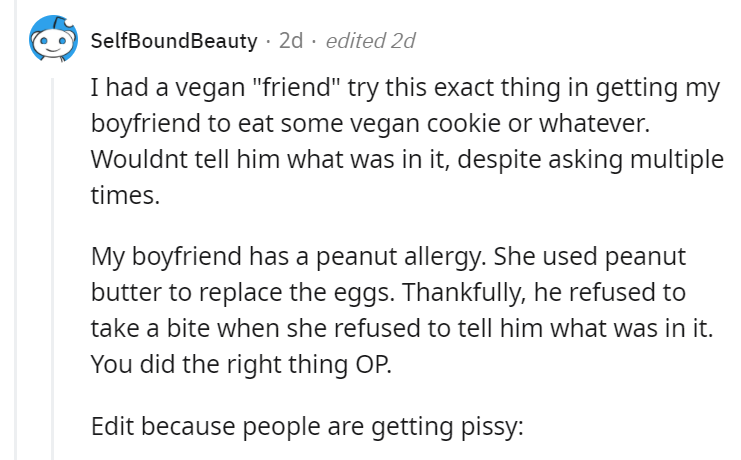 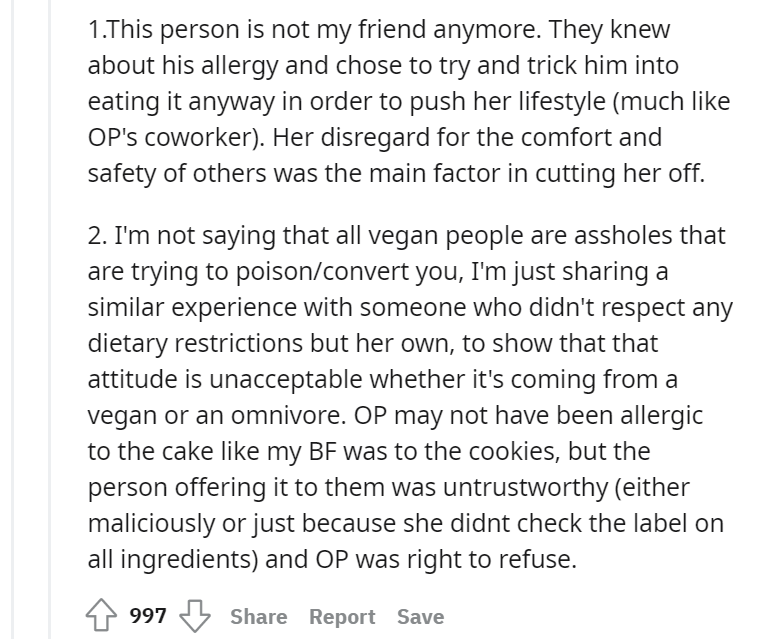 Even though I m not vegetarian anymore, I definitely agree with this comment and always abide by it. 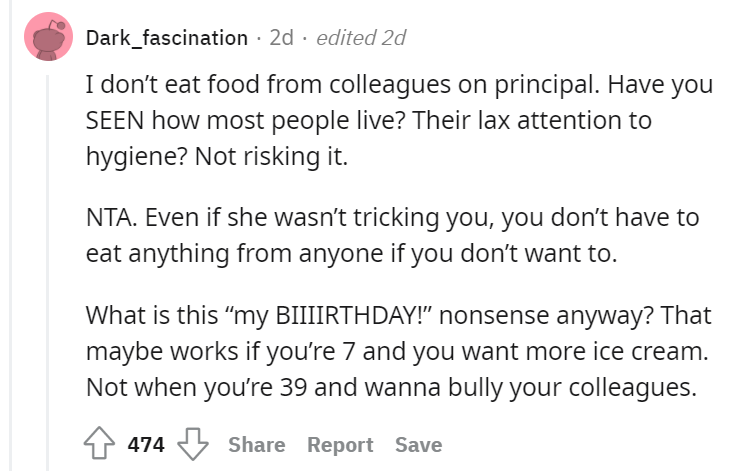 Vegan or not, some people just don’t like cake. 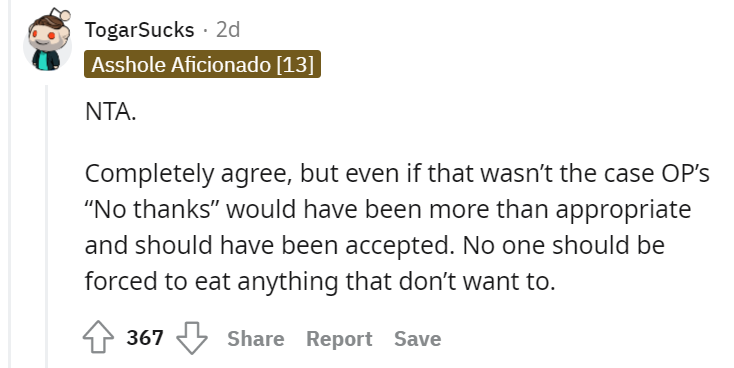 I never understood why you have to eat something to appear ‘polite’.

The Boss shouldn’t have even butt into this.

And if they did, they should have reprimanded the bully, not the vegan. 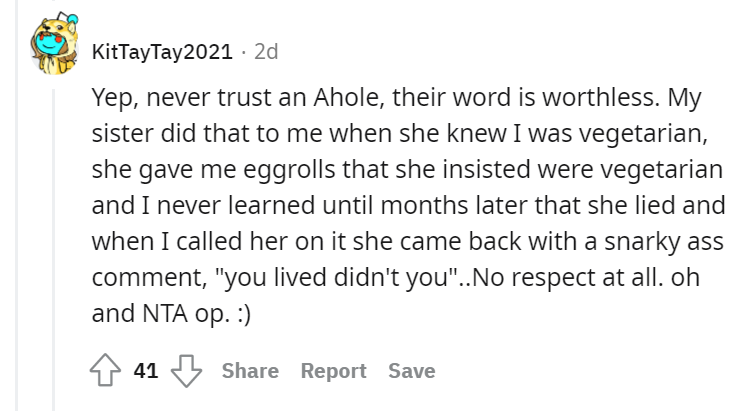 I think she figured it out a long time ago but refuses to accept it. 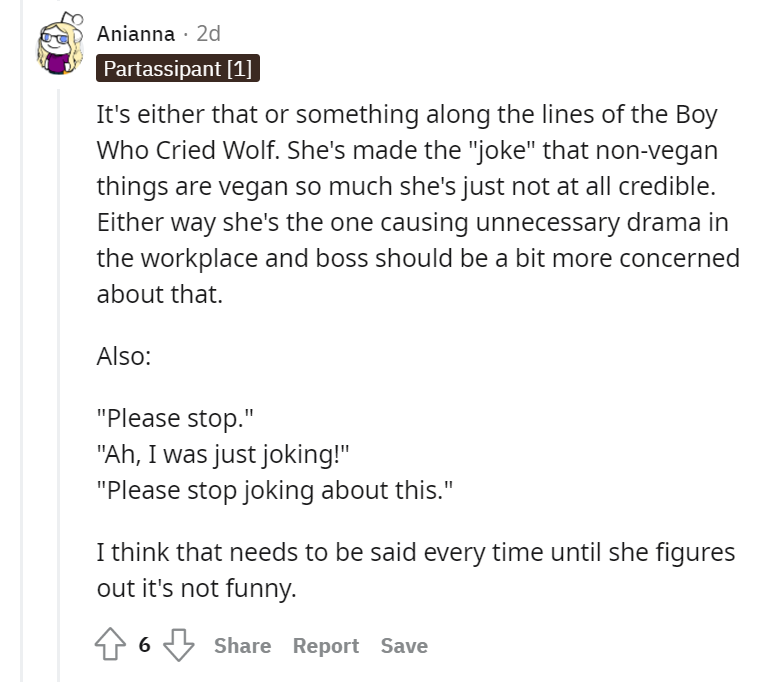 Speaking from experience, it can really mess up your gut. 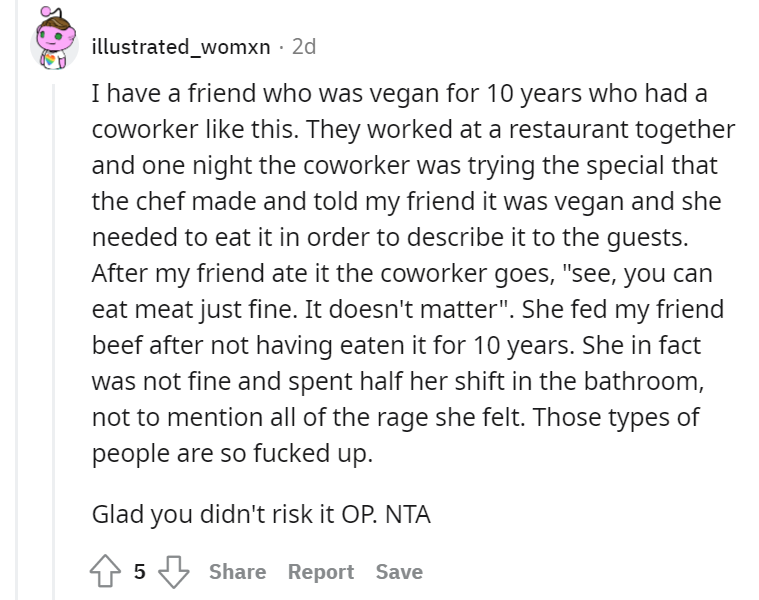 And crying over someone not eating your cake is childish. 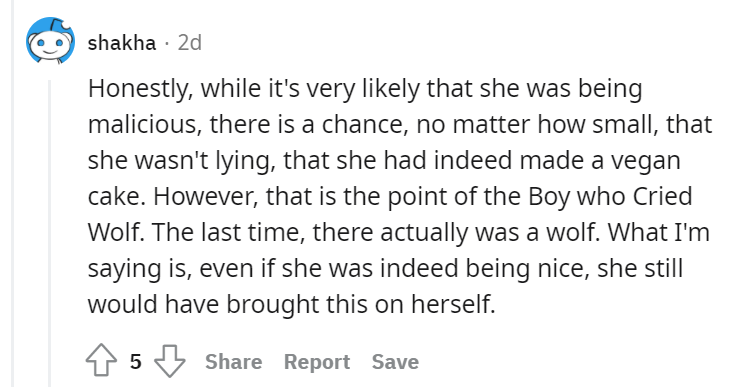 She was acting like a bratty child and she should grow up.

What would you have done if you were in this situation? Have you ever faced something similar? Comment down below and let us know.