Kids have no chill.

Children are pure and innocent. They speak their minds. They aren’t really aware of what comes off as rude or mean since they are so young. They will just be honest with you. So if you want someone’s honest opinion on something without any bias, just ask a child. But only ask them if you’re ready for a brutally honest answer that might even hurt you. Yes, they can hit you right at home. But that is why they are so pure. They aren’t biased and won’t lie to you just so they can sound nice. They will tell you what they think without any filters. So if you aren’t ready for personal attacks or opinions that will rip your heart out, just don’t ask a kid what they think of your outfit.

These Twitter users shared some sick burns that their kids gave them. Honestly, I don’t think I’m ready to have kids if I’m going to get roasted by them like this. It is very entertaining though. It might hurt the parent, but it is fun for everyone else involved. Scroll down below to read 15 times kids were brutally honest and it made our day:

2. Those annoying, yellow little devils are the last thing anyone wants to look like.

3. Someone should consider going on a diet after this.

4. That is the last thing I want to be called.

5. This kid is not going to let Santa Claus manipulate him.

7. Just take it as a compliment and it won’t hurt as much.

Well, I wasn’t aware of how kids could rip your heart out and shred it to pieces. I would be absolutely destroyed by a child. You can’t even roast them back. You just have to smile and pretend your heart isn’t crying inside. It really isn’t easy to raise children. You’ll have to prepare yourself for a lot of reality checks. We still aren’t done with our list of sick burns that children gave to their parents. Scroll down below to read the rest of them:

8. That’s his way of saying you talk too much.

9. Science kid wins this round.

10. That is going to need a lot of explaining. 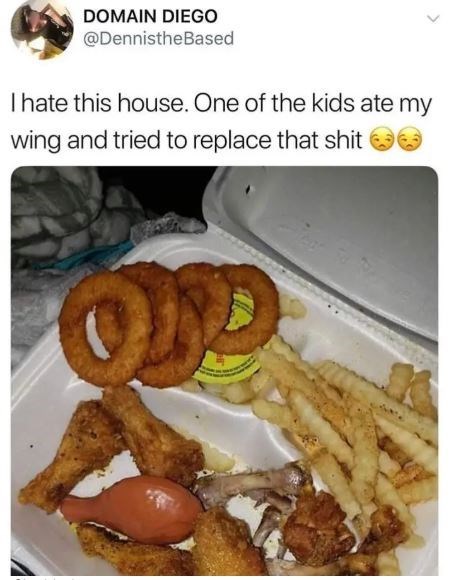 15. Your life is an official train wreck now.

Do you think you’ll be able to handle kids? Is your child brutally honest too? Share your favourite moments with them in the comments below.