When the voiceless have no one to help them, humans have to step up and take the responsibility of saving them.

It is time that birds take the spotlight now. We have read numerous rescue stories of cats and dogs but only rarely do we see anyone lending a helping hand to birds. All creatures deserve a second chance at life, it should not matter what species they are. We should be kind to every living, breathing creature around us. That includes birds! Those adorable little winged babies need someone to look after them too if they ever get hurt or injured. That’s where humans come in and do their part in restoring faith in humanity!

A parrot was found in Brazil in a critical condition because its beak was almost completely broken. As you should know, a parrot’s beak is essential for its survival. It uses its beak to feed, it needs its beak to climb trees and tall objects, and also uses it to mould and break objects. A bird can also protect itself from predators using its beak. So you see, it is almost impossible for a bird to survive without its beak. The parrot was in a terrible state but thanks to the professionals at a Planura-based Animal Rehabilitation Center called “Renascer ACN”, the parrot got its beak restored and life saved! Scroll down below to read all the details of the story: 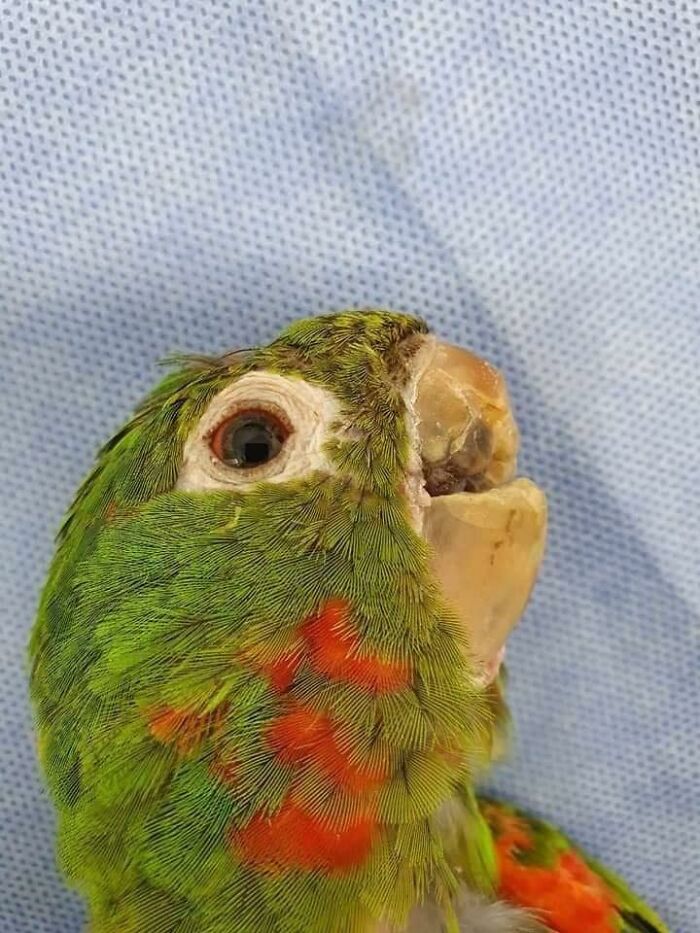 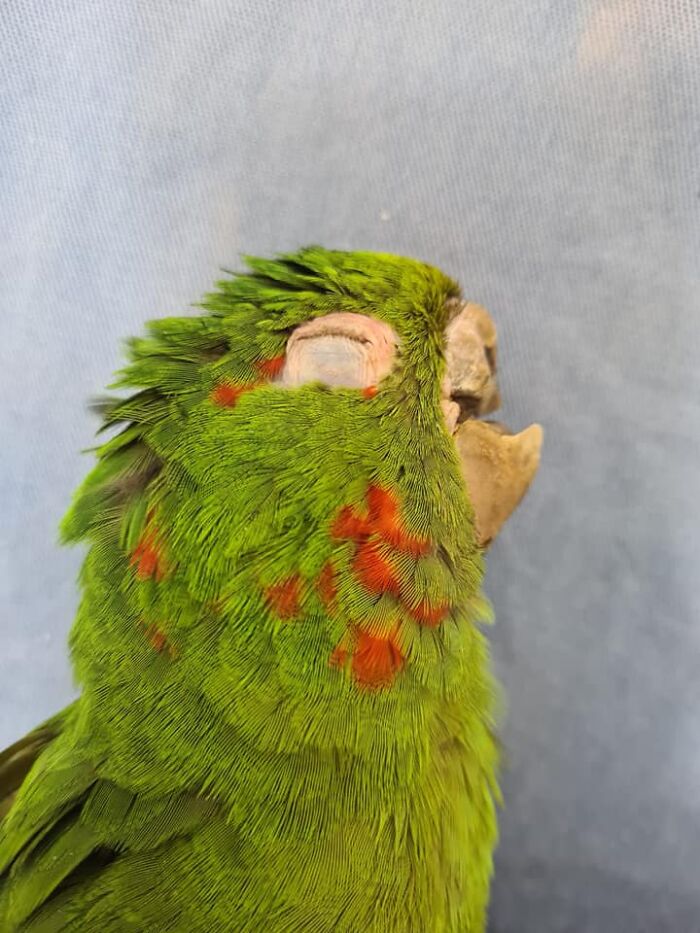 The parrot can not survive without its beak, so this injury meant his life was at risk. 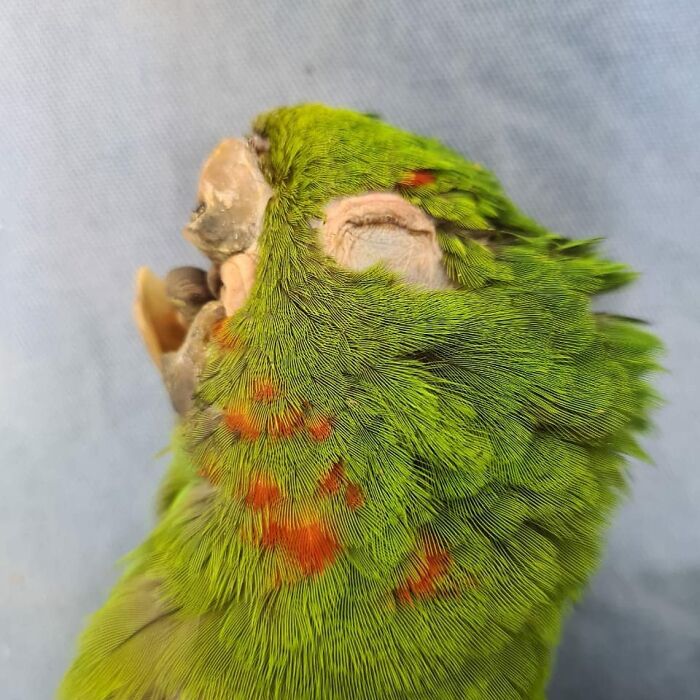 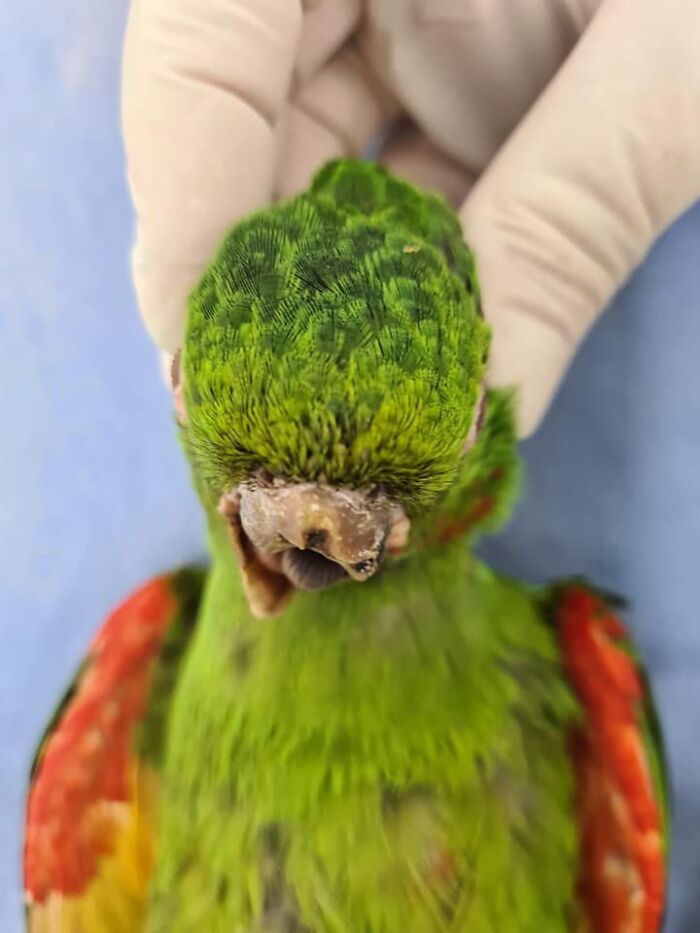 “This parrot was found in a terrible condition and had totally lost its beak. Together with veterinarian Maria Ângela Panelli Marchió, we rescued it as soon as we found out,” Paulo Roberto Martins Nunziata, the founder of Renascer ACN told Bored Panda.

So Paulo Roberto Martins Nunziata and Dr Maria Ângela Panelli Marchió did their best to save the little bird’s life. 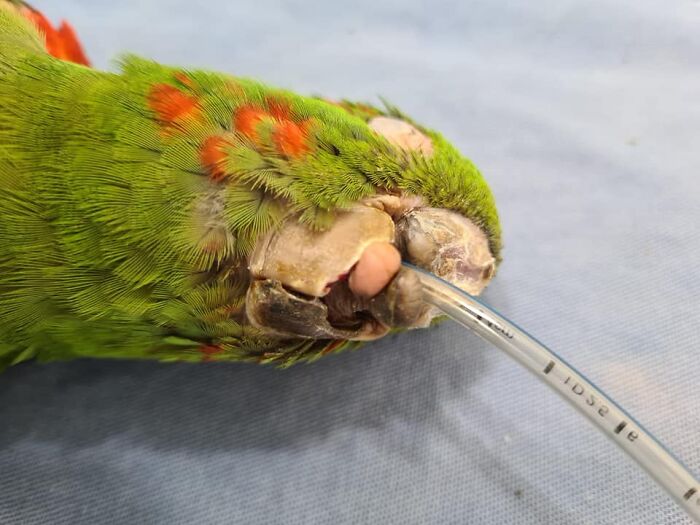 “Dr Maria Ângela Panelli Marchió helps animals rescued in critical condition and gives them a chance to survive and return to nature. She specializes in animal orthopaedics and rehabilitates injured animals with handmade plastic resin prosthesis.” 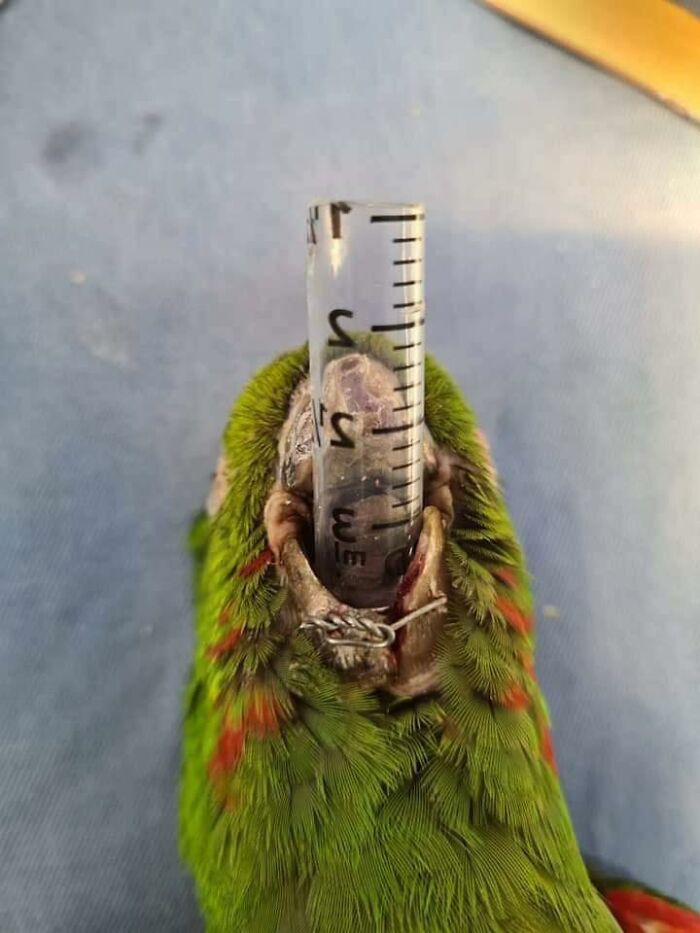 They tried to give him a prosthetic beak. 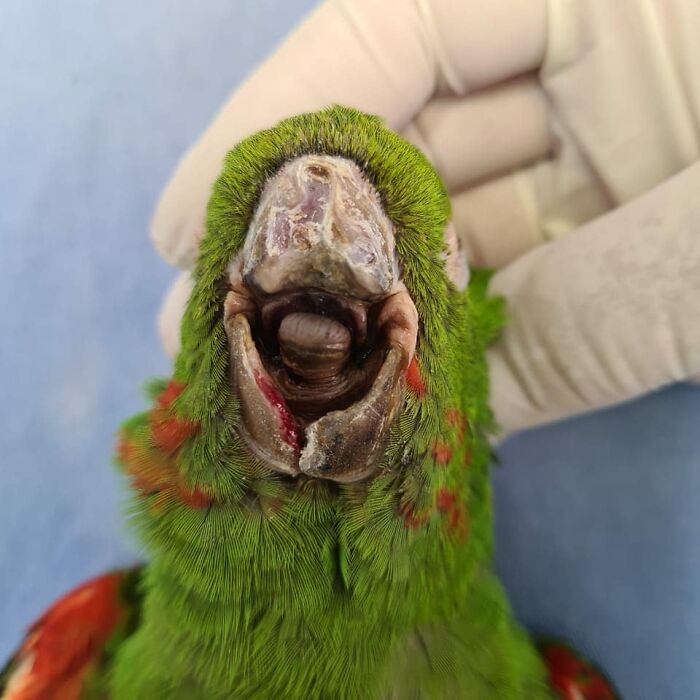 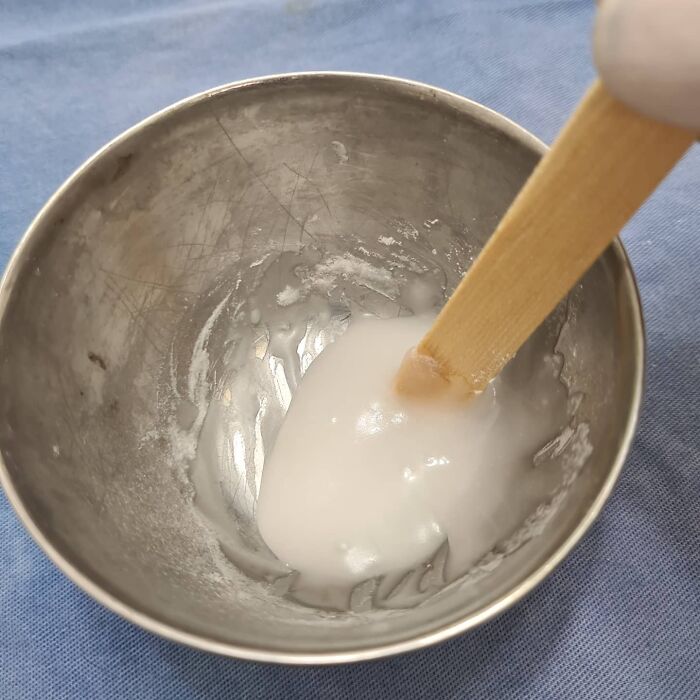 It would restore his beak and would be fully functioning. 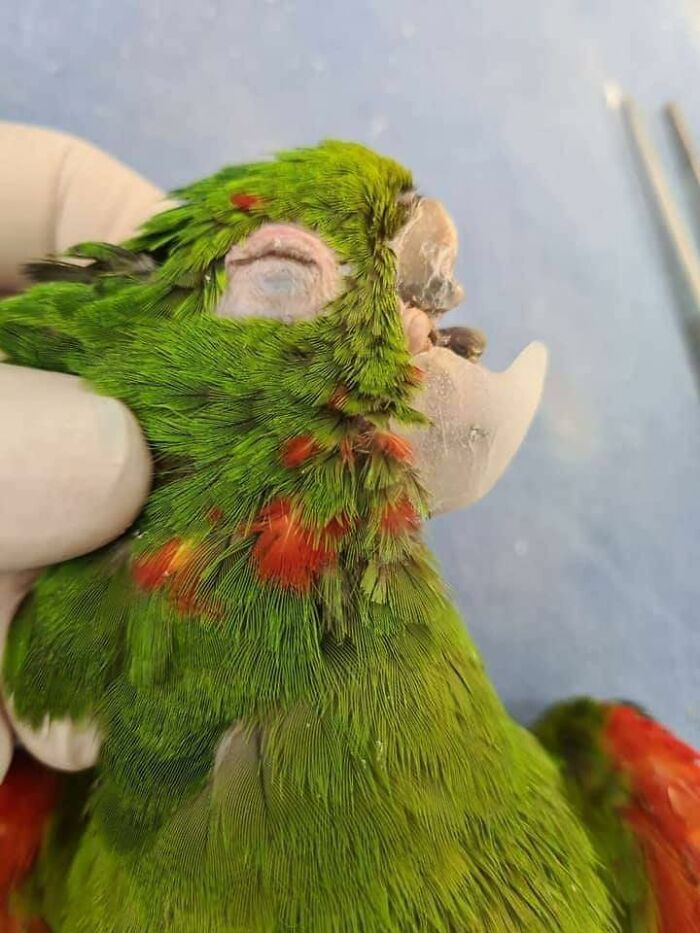 They showed the process. 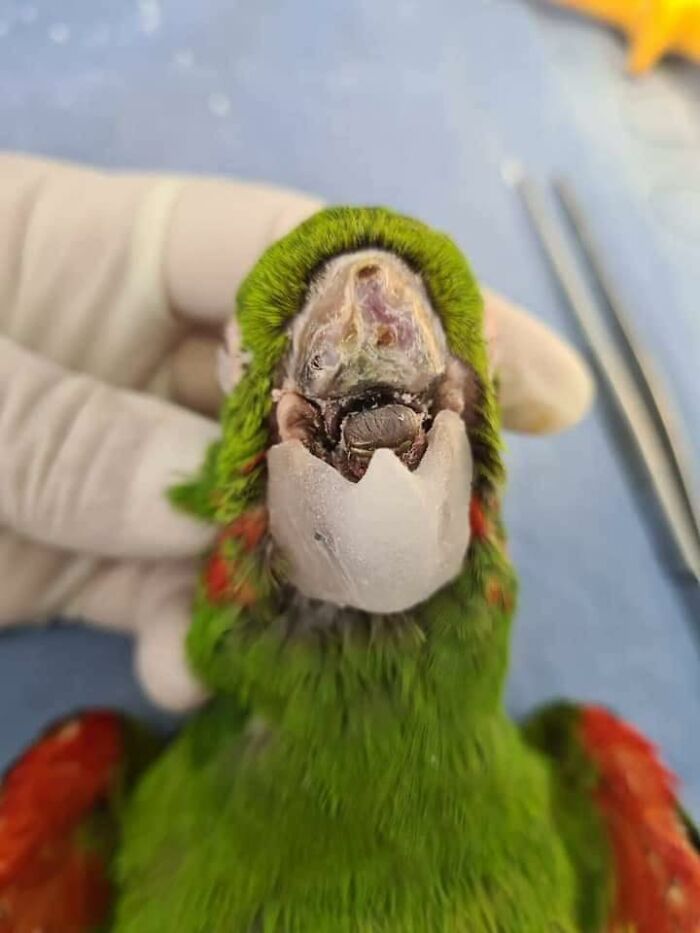 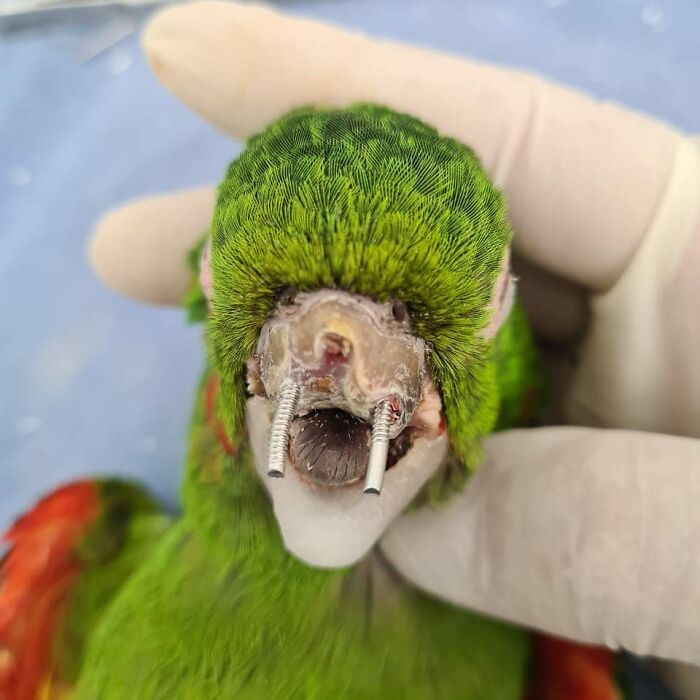 And the parrot finally got his beak back, which was hand-made using polymethylmethacrylate. 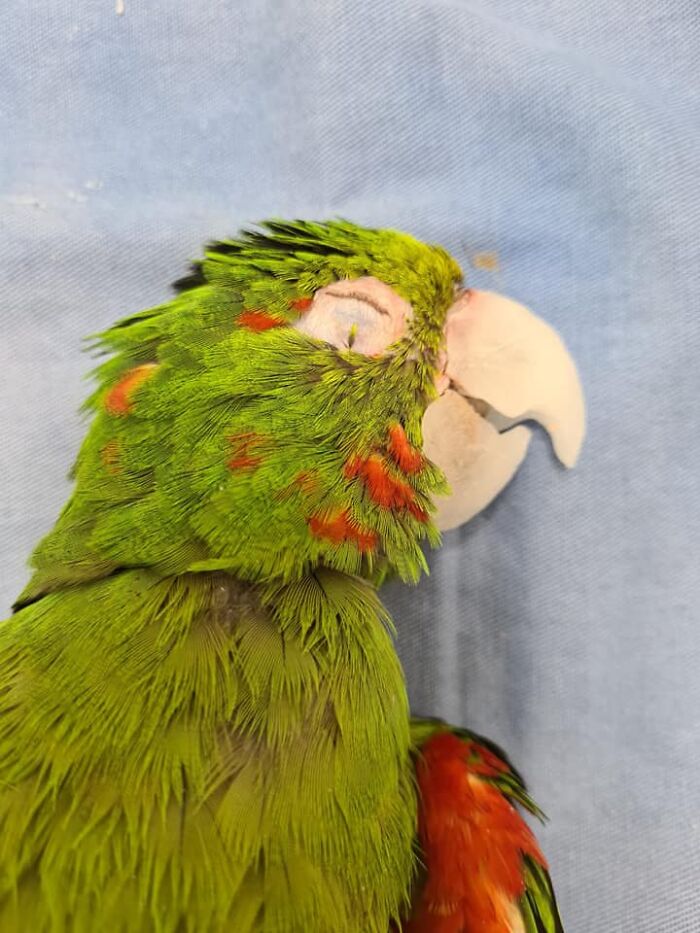 “The process is completely handmade. The material used, polymethylmethacrylate, has a quick hardening (three to five minutes) and is so resistant that it would need a chainsaw to be removed.” 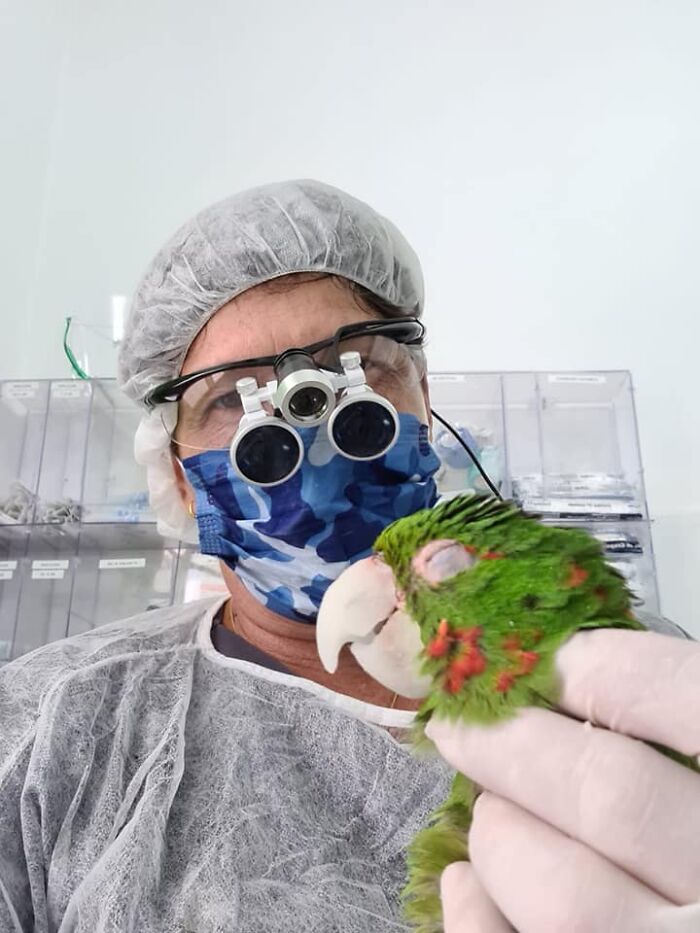 Just look at him now! 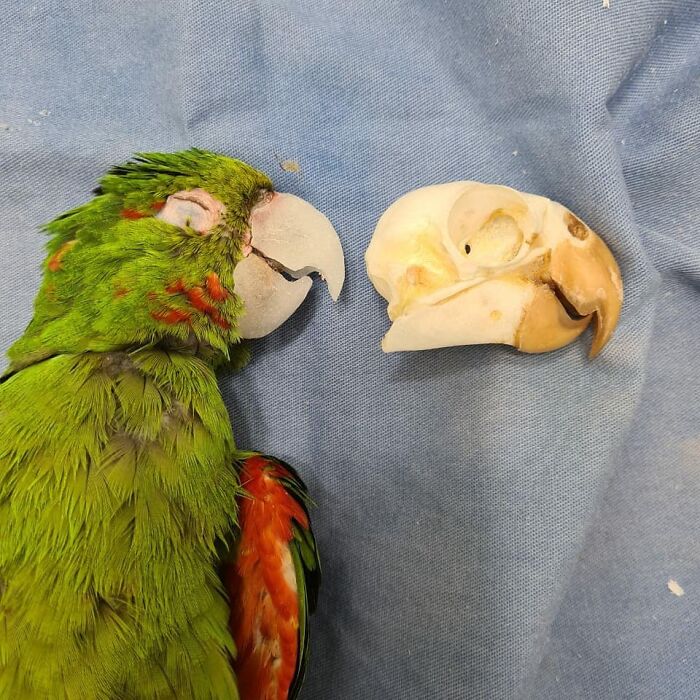 How impressive is this! 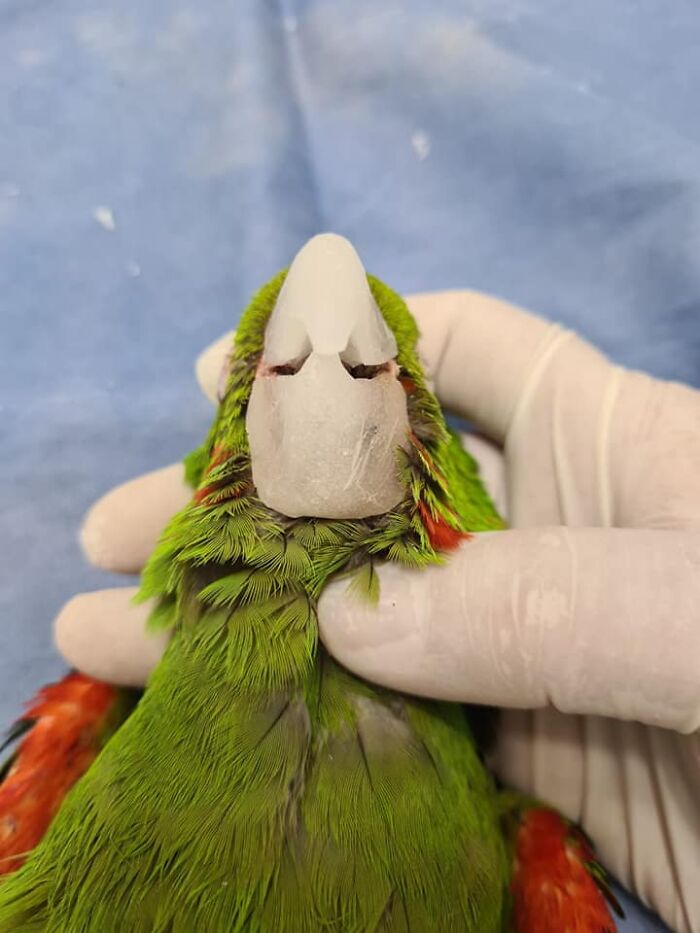 It truly was a miracle for the parrot. 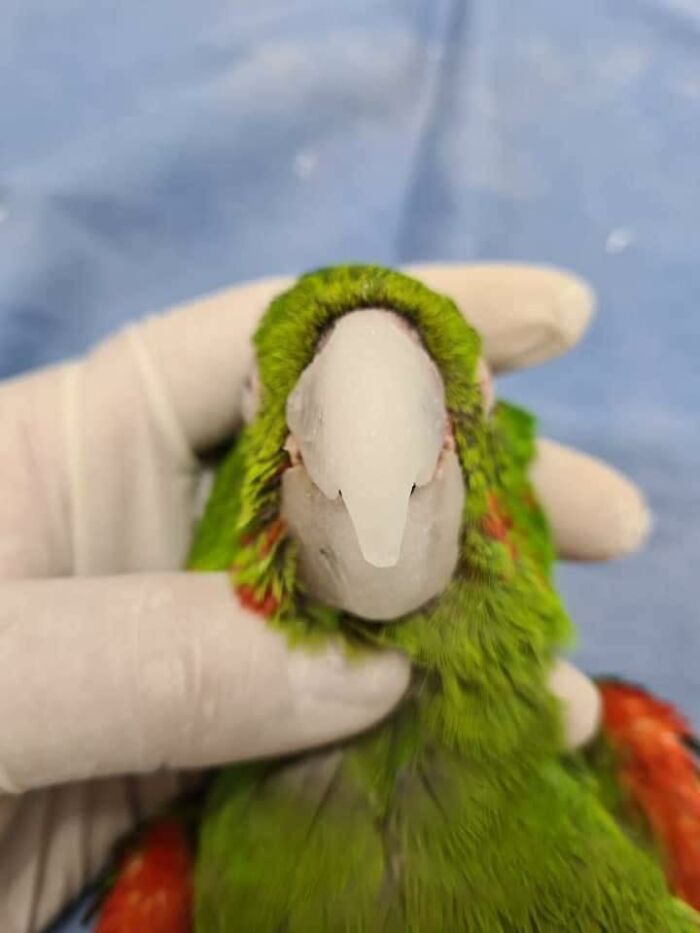 The parrot made a full recovery and is going on with his life normally. 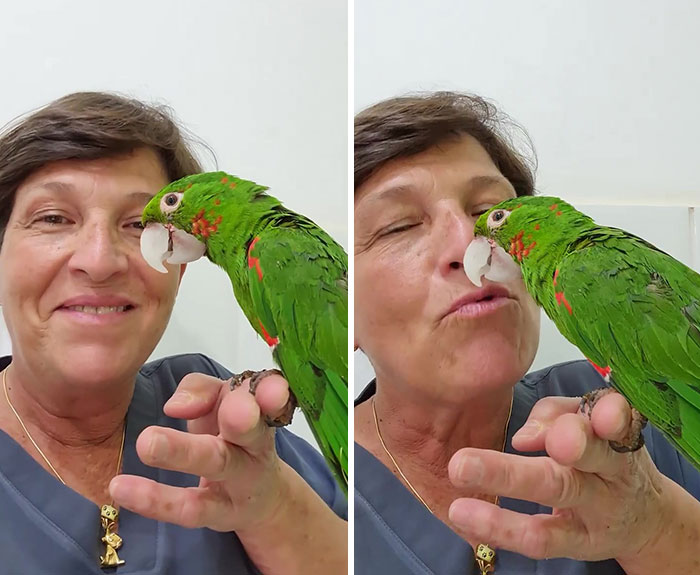 “Today it has a normal life. However, it just can’t be returned to its natural habitat because even though the prosthesis is resistant, there’s a risk of it falling over time, as these animals use their beaks for everything.” 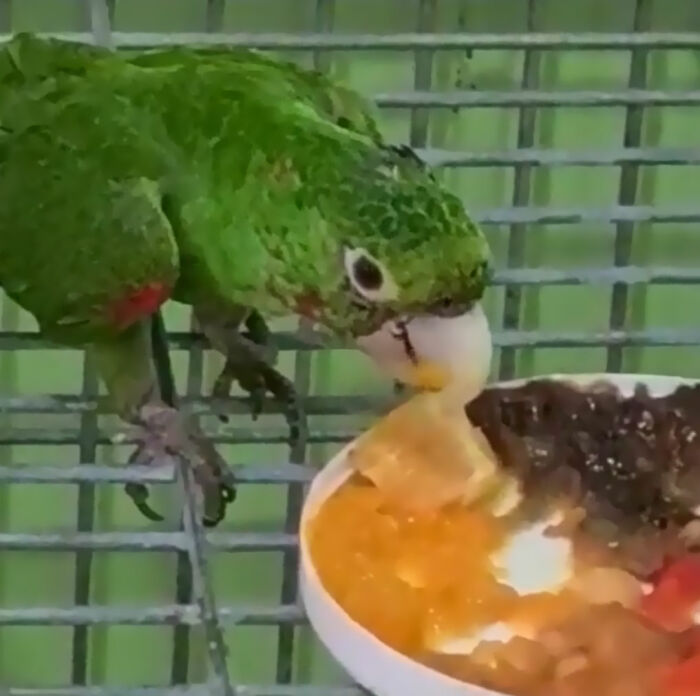 Look at the little guy coming back to life! 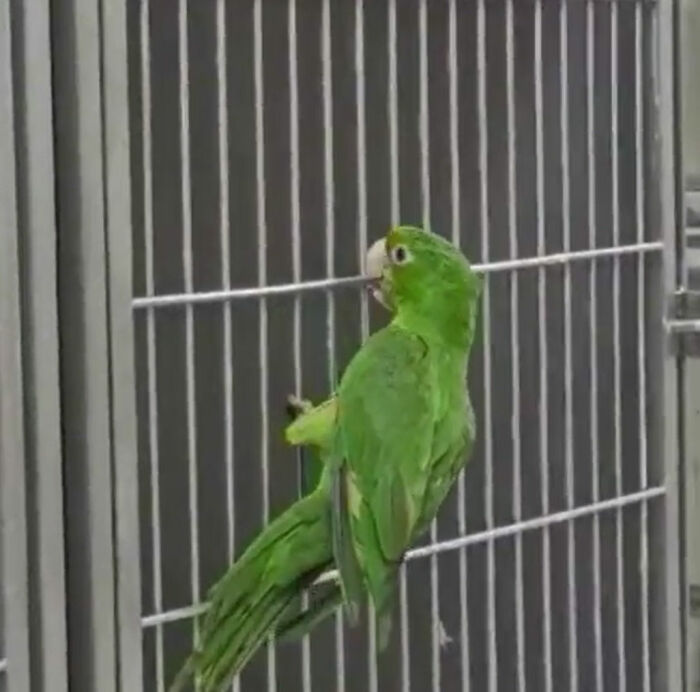 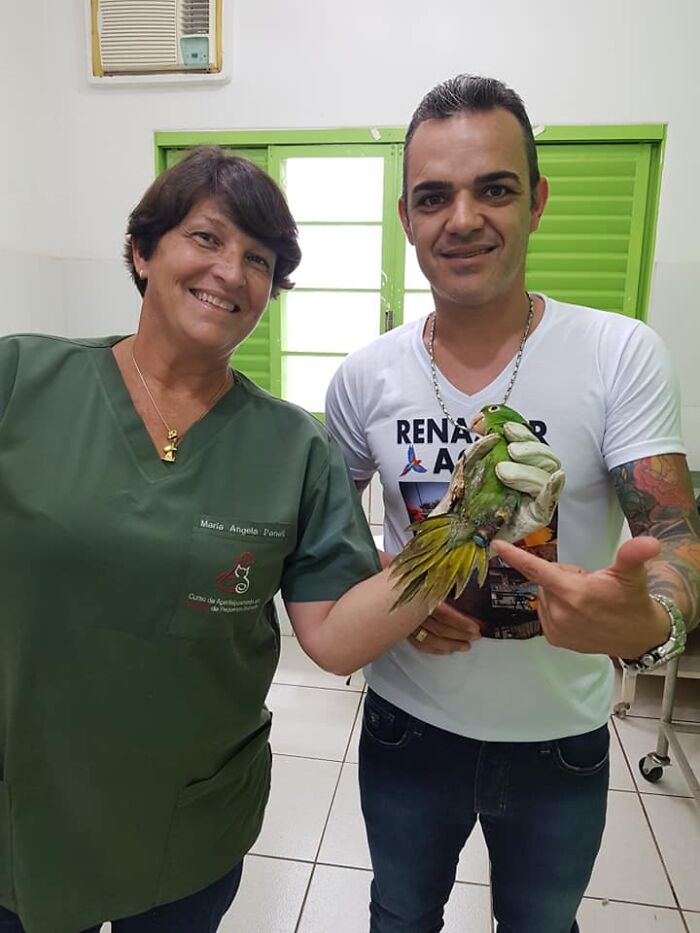 That was a miracle, wasn’t it? Have you ever witnessed something like this? Share with us in the comments below. 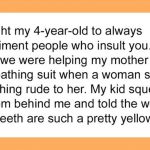 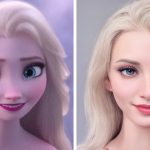 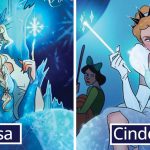 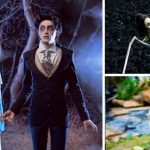 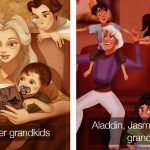