Quitting is sometimes the only way to go.

I know this doesn’t sound like great advice but it is true. While we would never say that quitting is a good thing in any other scenario since trying your best is the most important thing. However, the statement of never giving up doesn’t apply to a job. Sometimes you just have to quit once you realize that the stress is just not worth it and it is better to let go. I know a lot of people are afraid of quitting their job since they don’t have another job lined up.

And while I do understand that money is an important thing and we all need it to survive but it isn’t more important than our mental well-being. Loads of people are stuck doing minimum wage jobs and they are doing much more than even their managers but they are paid in pennies. This is the sad reality and unless a person realizes their worth, they will always be stuck in that mental head space. And that is exactly where this particular Tweet comes in.

You see, one Twitter user shared their story of how they saw their co-worker quit on the spot once they realized it wasn’t worth it. And this prompted others to share their personal experiences as well.

One time I was moving really heavy patio furniture for a restaurant job that paid me $2.63/hr and my coworker said “fuck this,” walked away, and neither I or anyone I knew saw her again.

I can understand why so many people can relate to this particular woman. 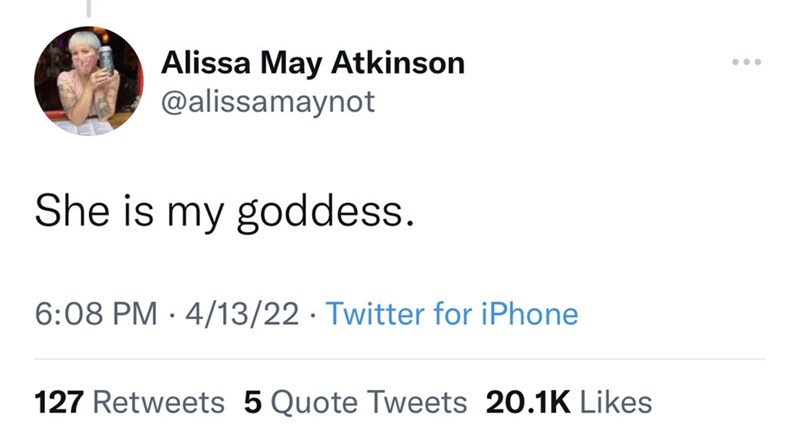 Sometimes, walking out is the only way to go. 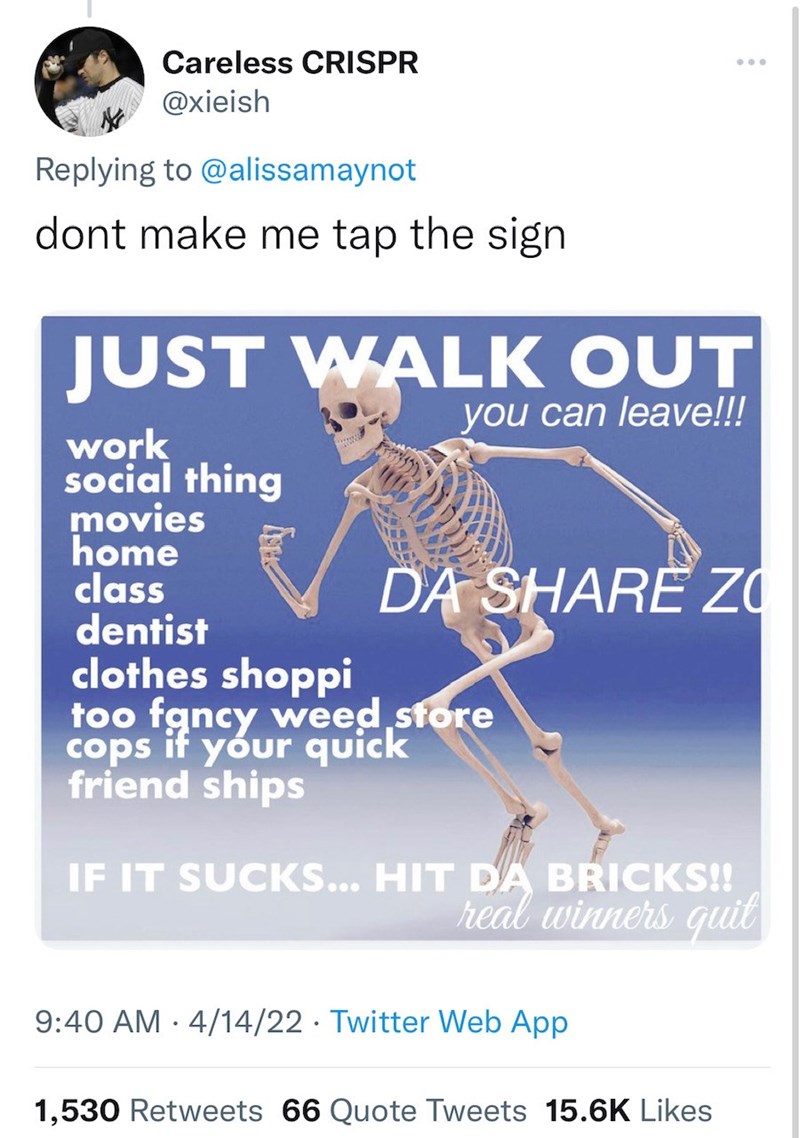 This might be an understatement but it is true. 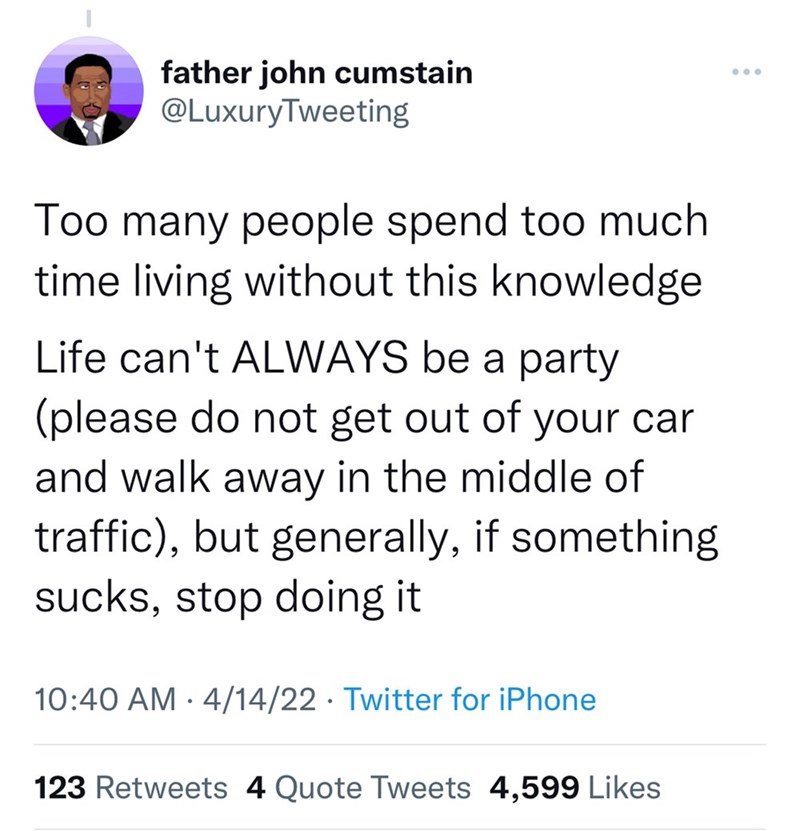 People also started sharing their own stories or what they saw. 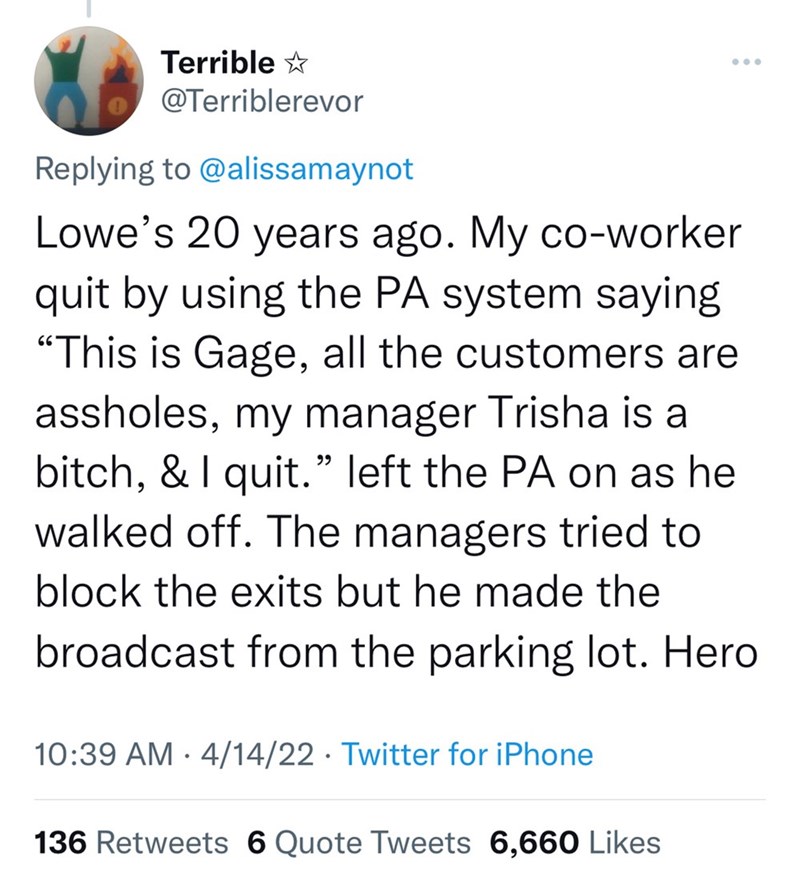 Most of these stories are honestly glorious. 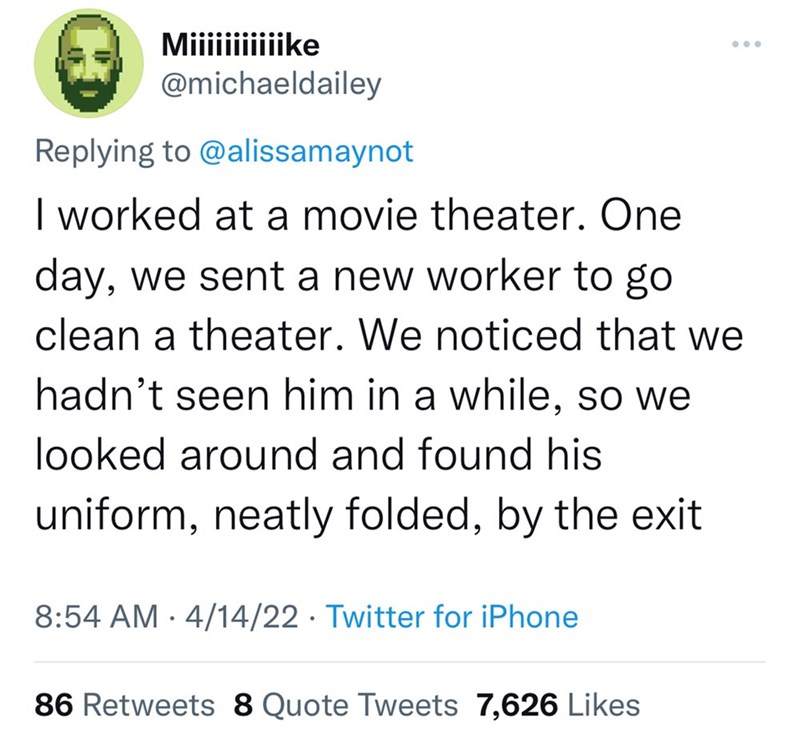 I mean I would want to do the same thing if I was paid that. 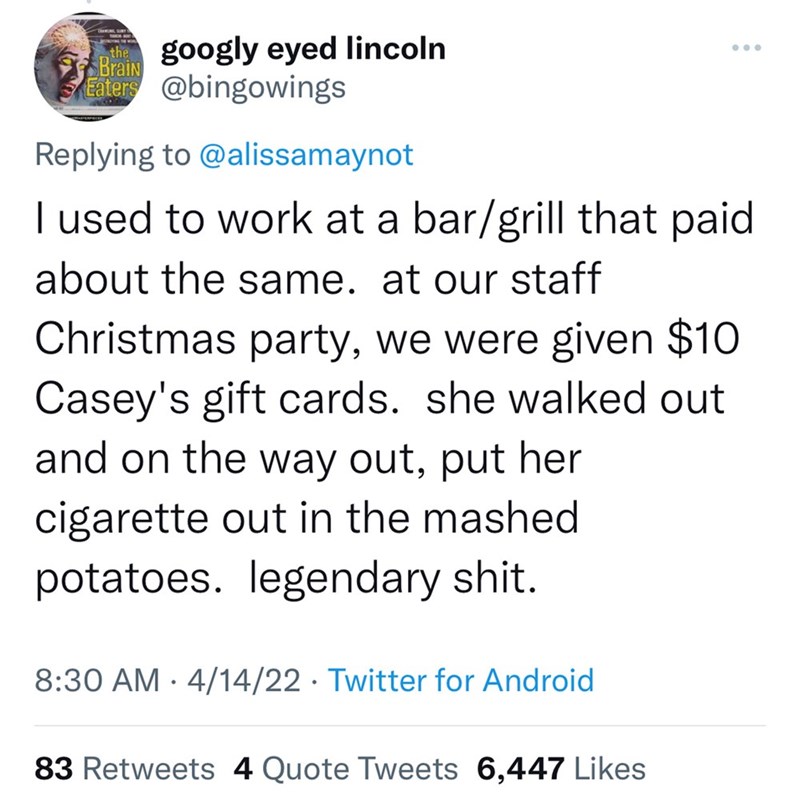 That must have been the last thing you could handle. 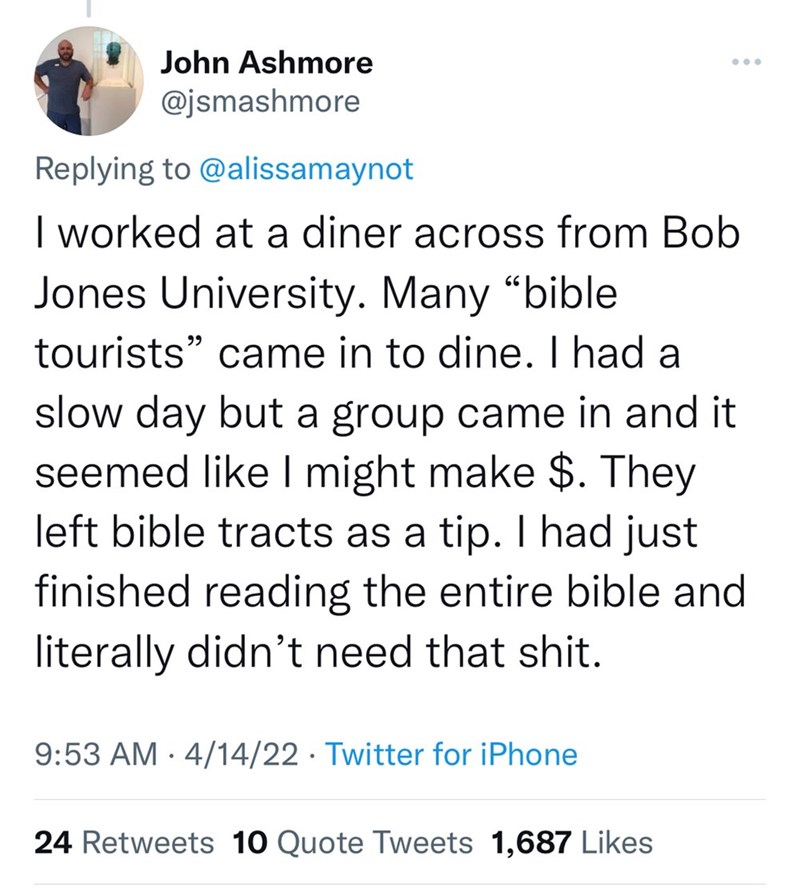 Everyone has a limit and sometimes our patience just reaches the end. 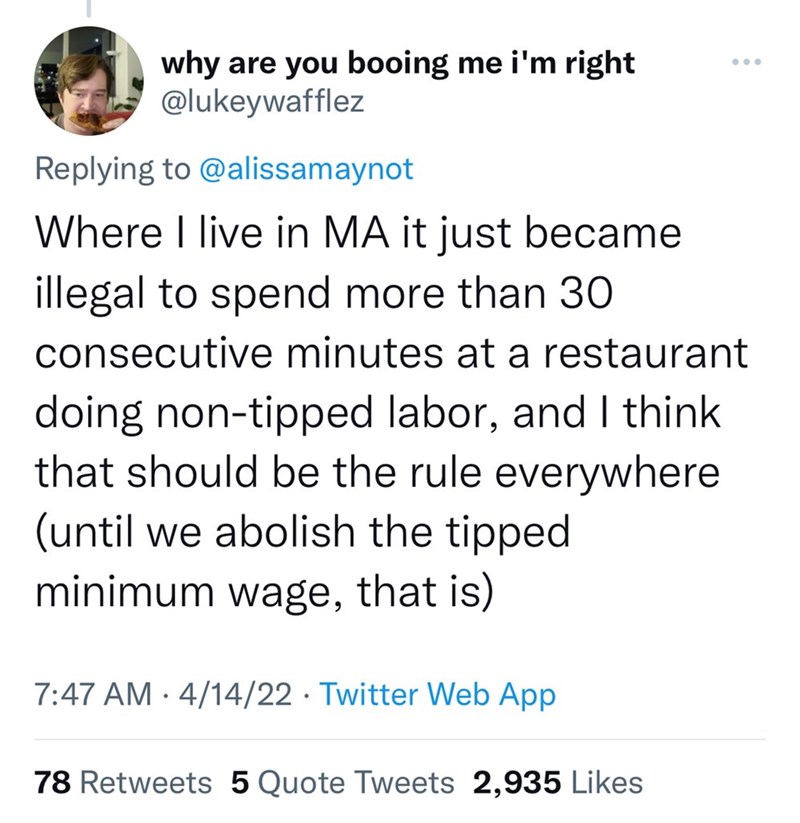 Supervisors really try to use their power however they can and it is always bad. 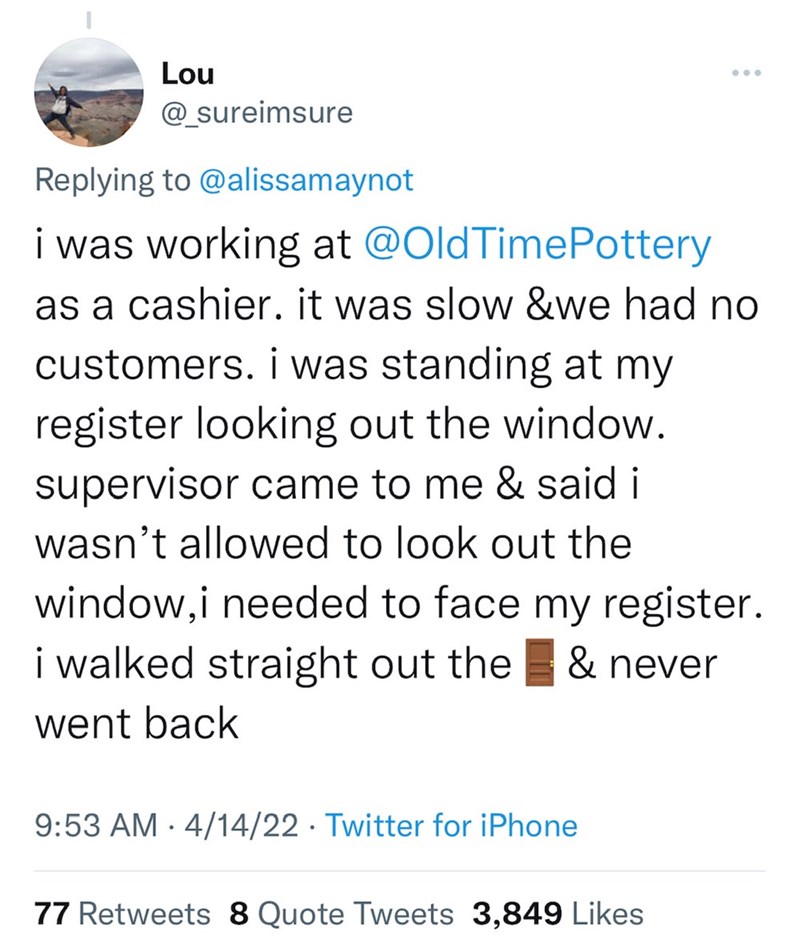 Surprisingly, I have done a similar thing as well. While I didn’t make a huge statement, I did decide on the moment that I was going to quit and I went to the workplace with that in mind. My boss simply asked me to stay for two more weeks till they found a replacement but I denied that request and never went back afterward. Honestly, it was one of the best decisions I ever made in life and I stand by it.

This kind of thing sadly happens a lot more than we think. 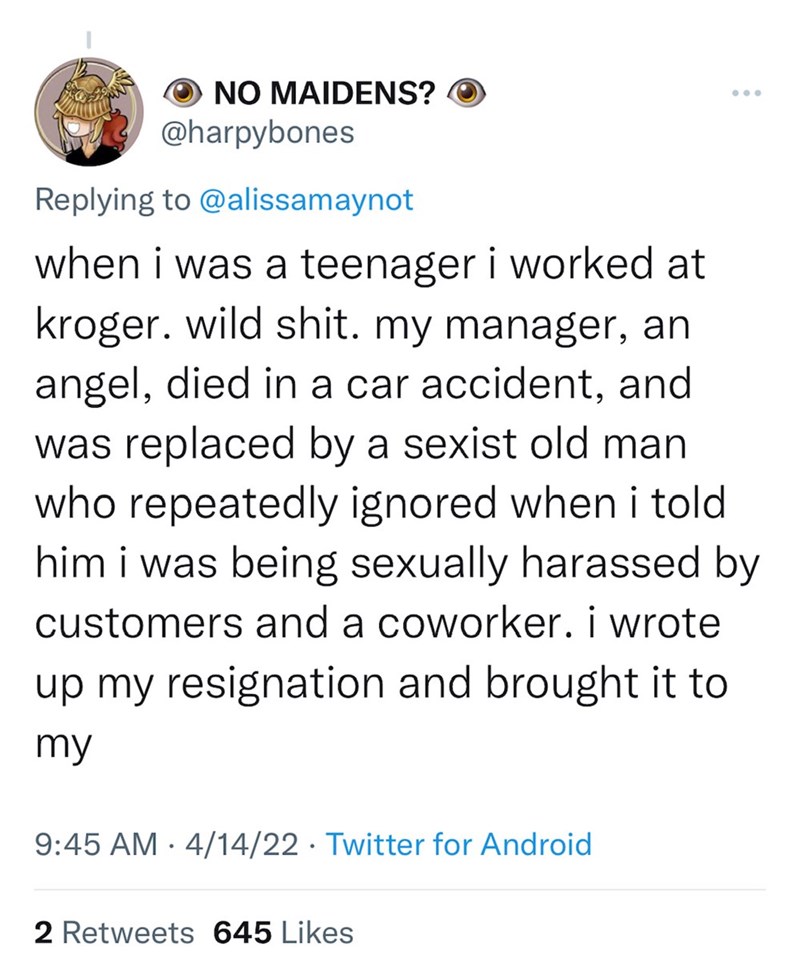 She had a plan in mind and she was going to wait for it. 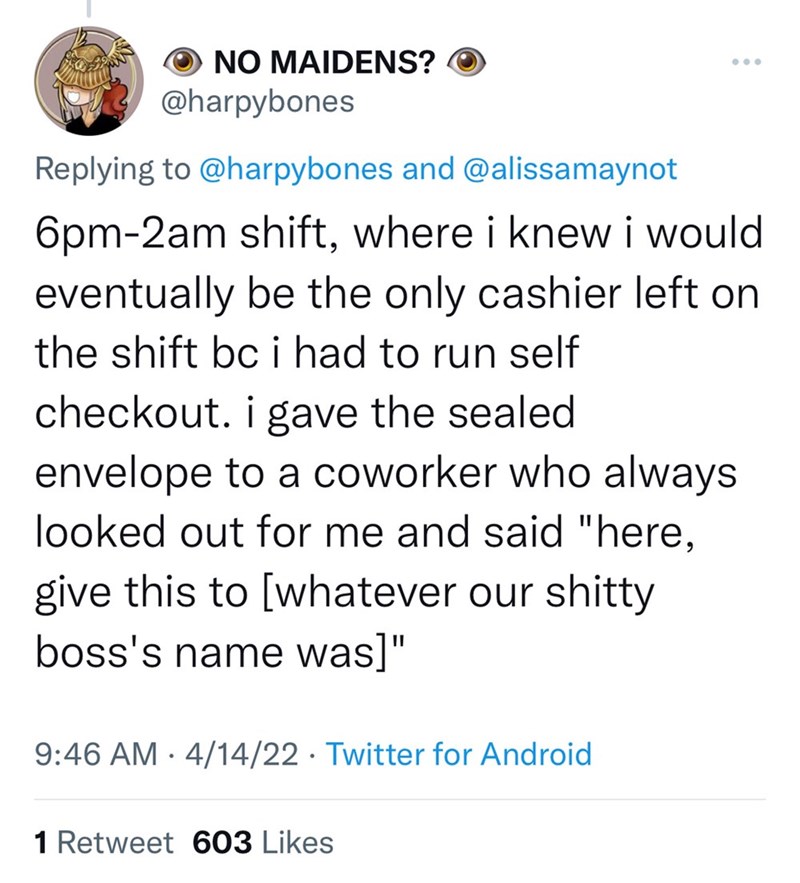 I am glad that she left the awful job and hopefully, she is doing better. 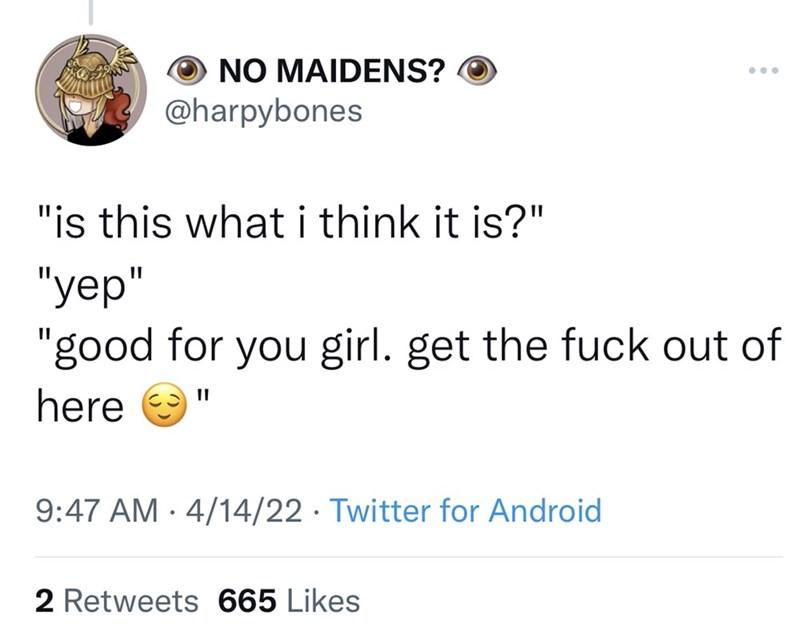 What was she supposed to do? Go hungry for twelve hours? 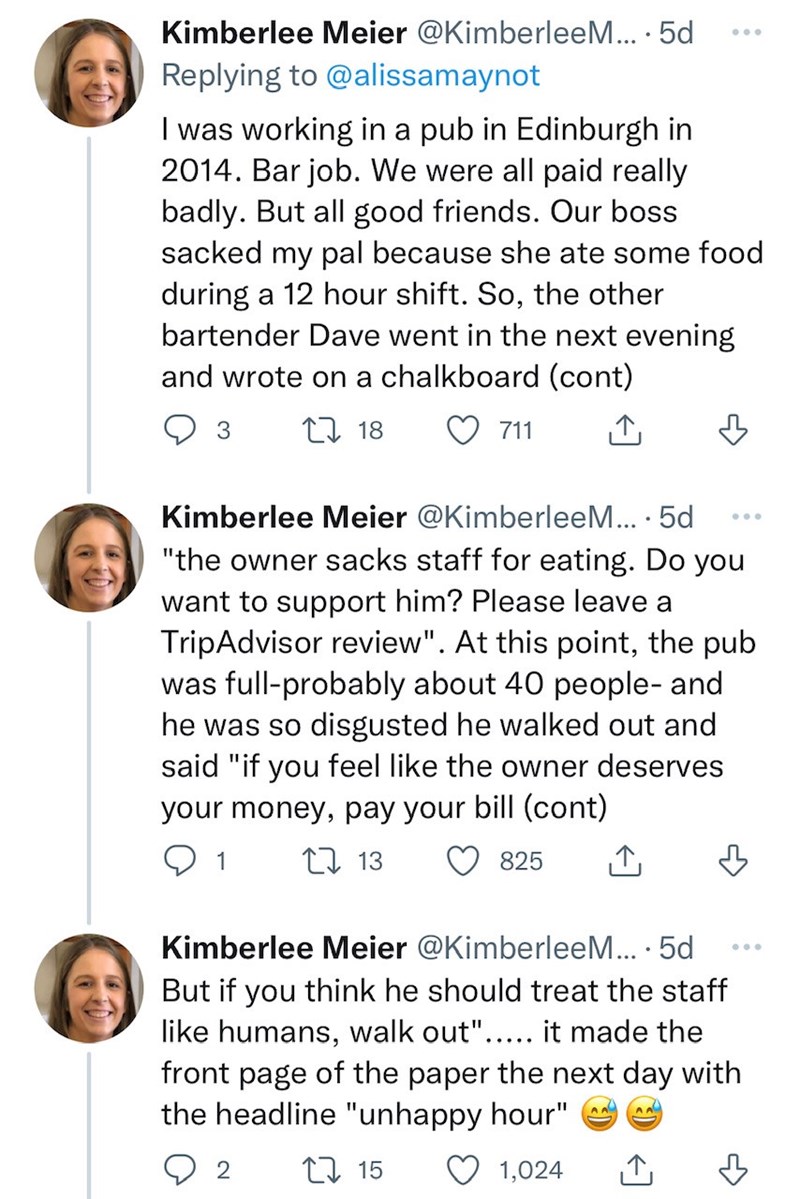 That was the final middle finger from her. 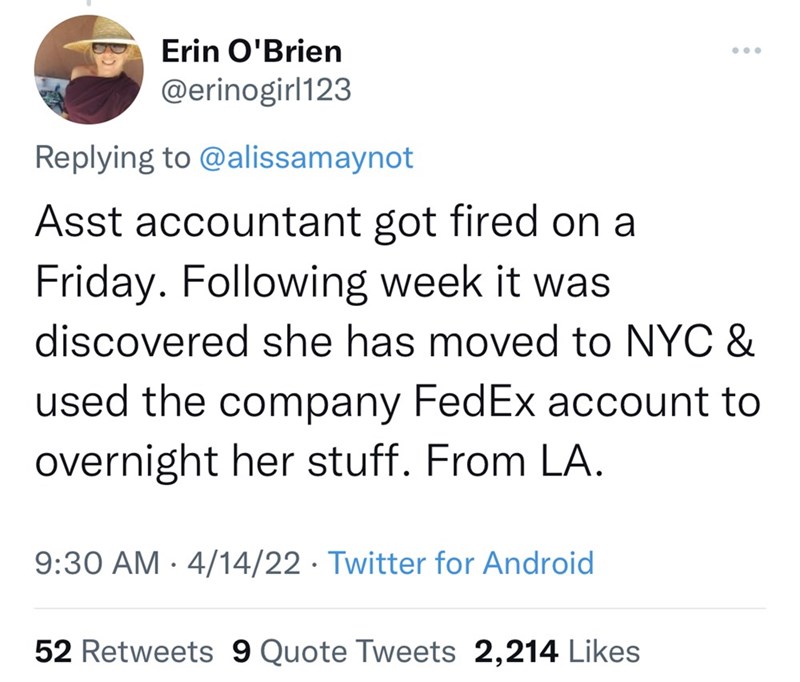 I think that was probably the right decision. 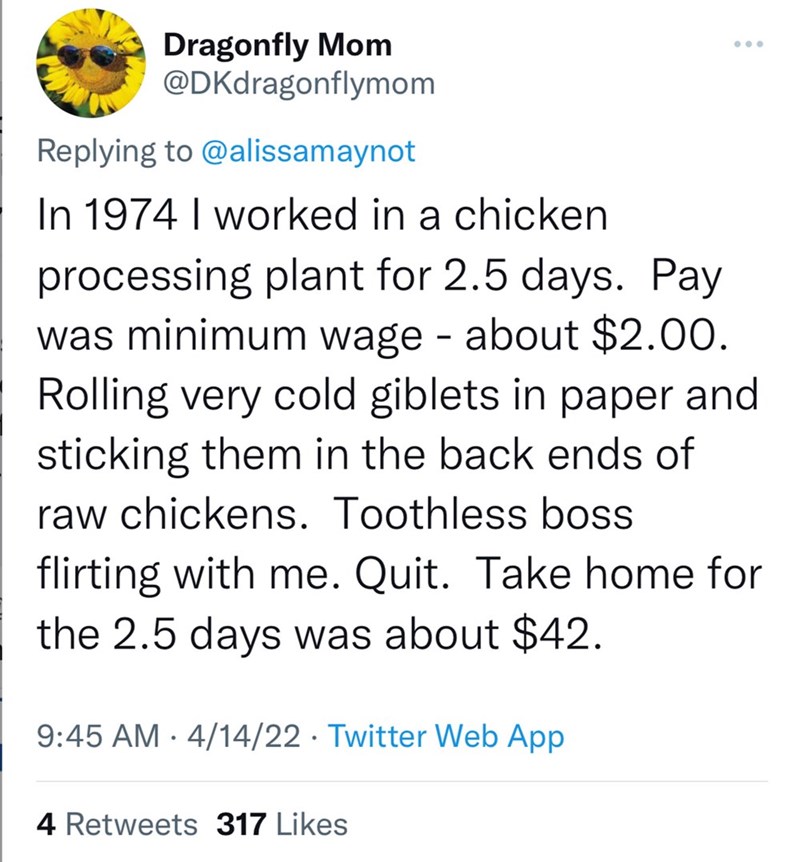 I can see why that would be the way to go. 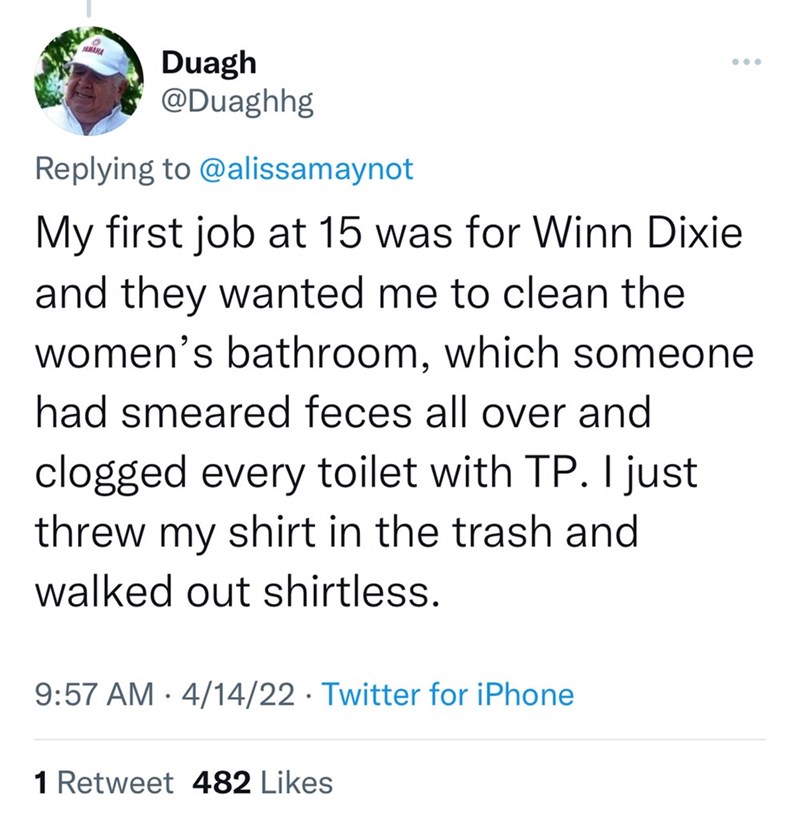 I wonder what happened afterward. 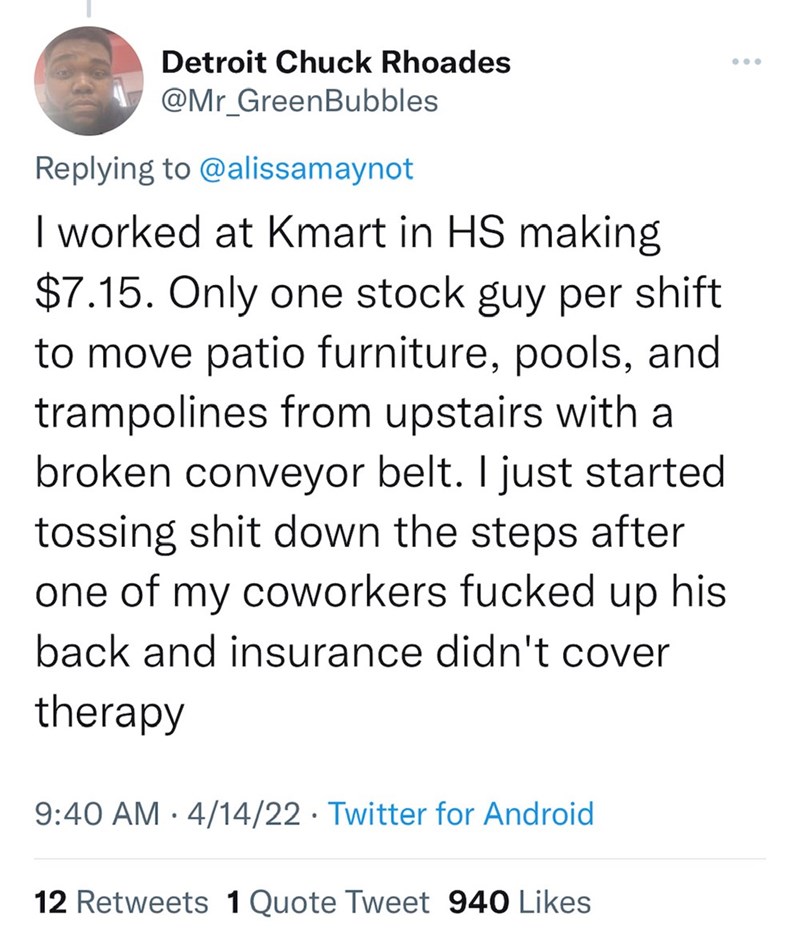 I wish I had sent this text to my boss instead. 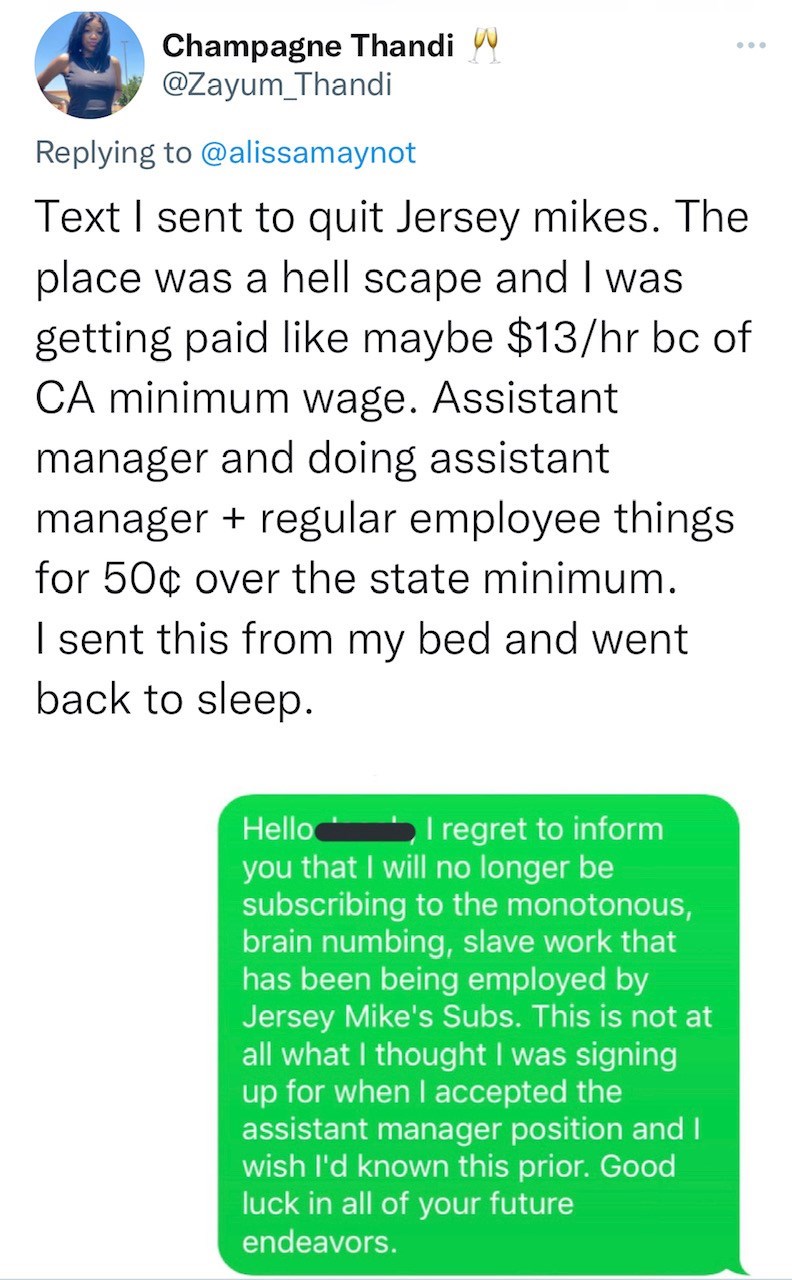 These kinds of things don’t usually happen out of the blue. 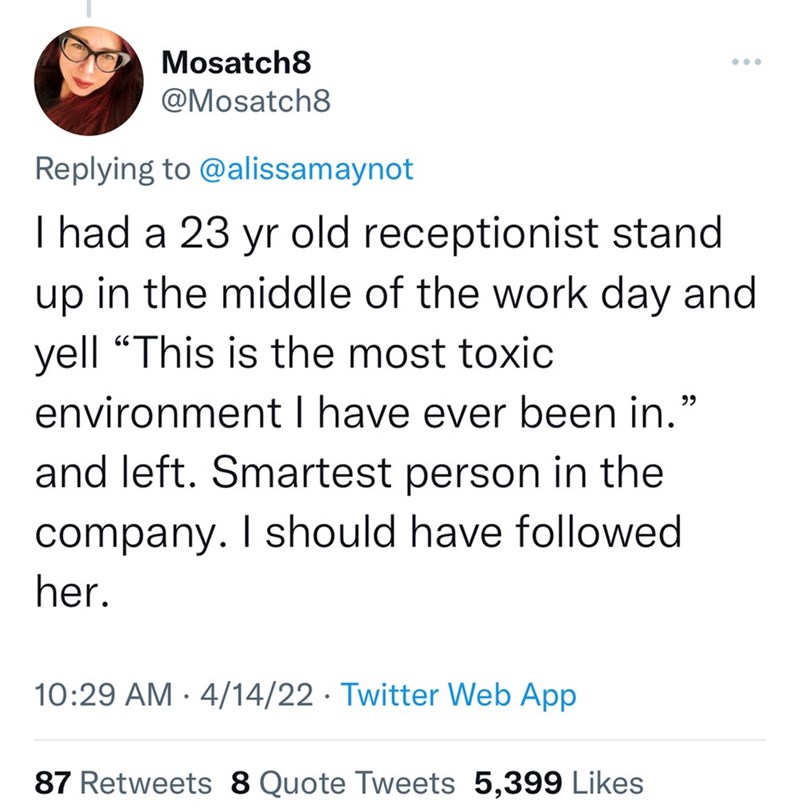 This caused her to quit as well and I am glad for her. 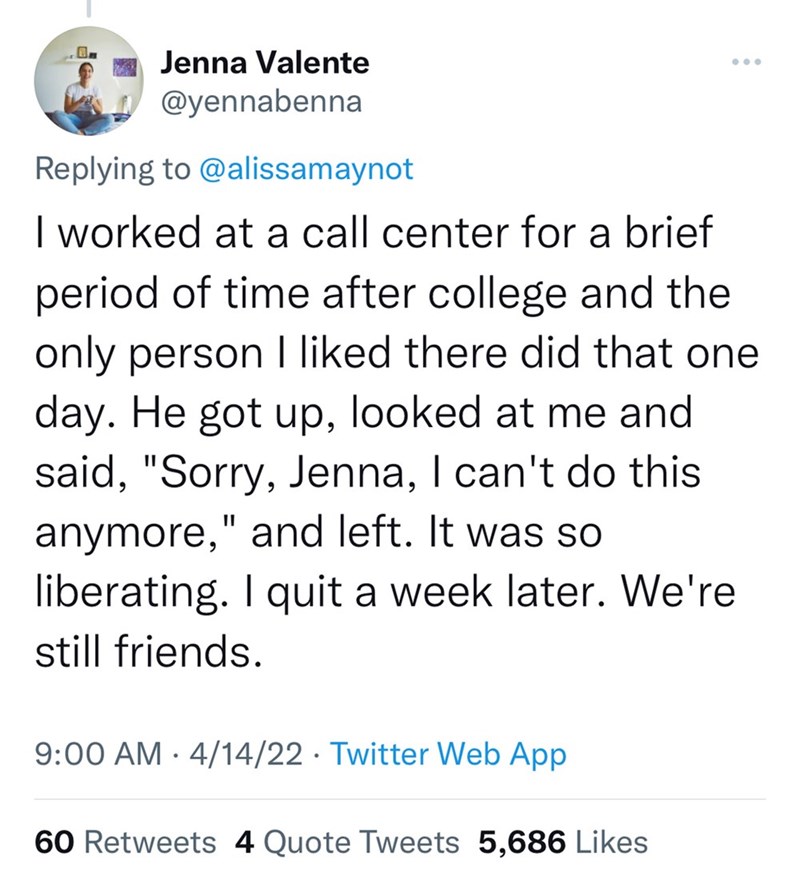 Have you ever done anything similar? If so, how did it go? Did you secretly quit without telling anyone or did you announce it to everyone? Comment down below and let us know what you think of these tweets. Also, don’t forget to share these tweets with your friends so they can join in the discussion as well.