There are bad bosses everywhere.

I know we like to harp on bad bosses but that is because there are a lot of people around the world who have a problem with their higher-ups. It almost makes me feel like the higher-ups don’t really know anything about the job and are just there to annoy everyone else. This might seem like a joke but it really does seem that this statement might be true seeing as how many similar stories we have read.

However, we are not done yet and we have yet another story about malicious compliance. This particular boss clearly was not expecting this but they did bring this onto themselves. You see, the original poster of this story did a lot more work in the company than he was paid for. And he would write reports whenever something went wrong even though that wasn’t in his job description. Not only that but the boss even had the gall to blame him when things went wrong.

As you can probably expect, the poster wasn’t going to take this lying down. So scroll below to take a look for yourself.

This story starts off with this person doing detailed reports that weren’t in his job description. 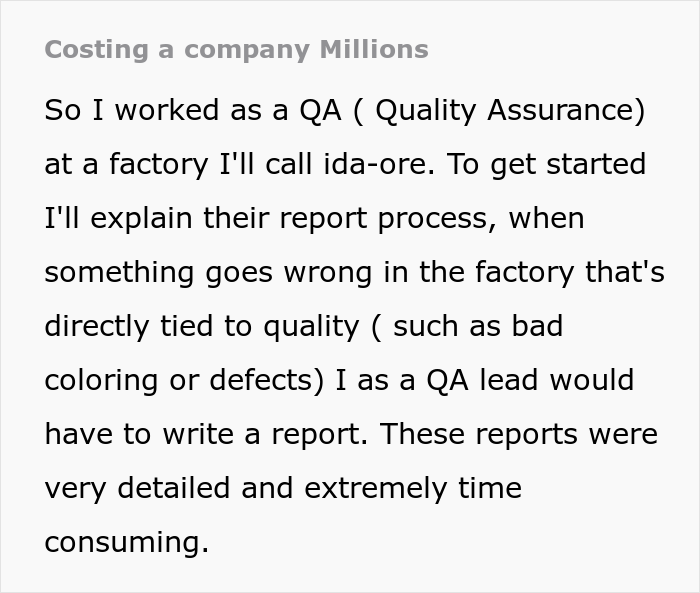 All of it had to be done by this person because other people didn’t do their job. 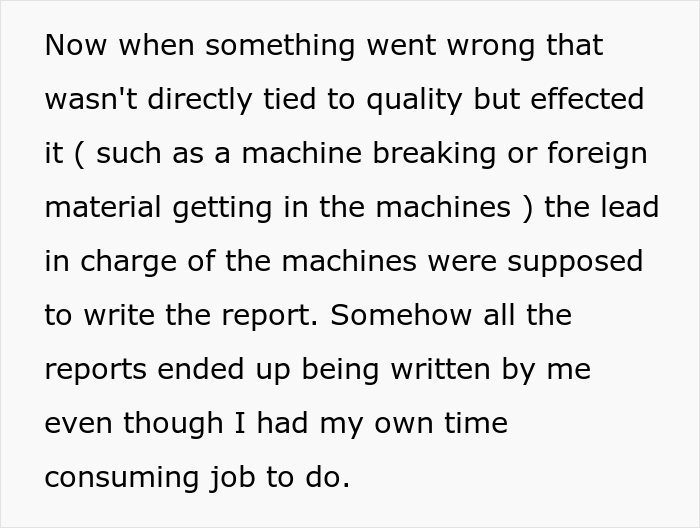 Now, he had wanted to stop doing this for a while but nobody ever stepped up.

This happened once more so he called them to let them know. 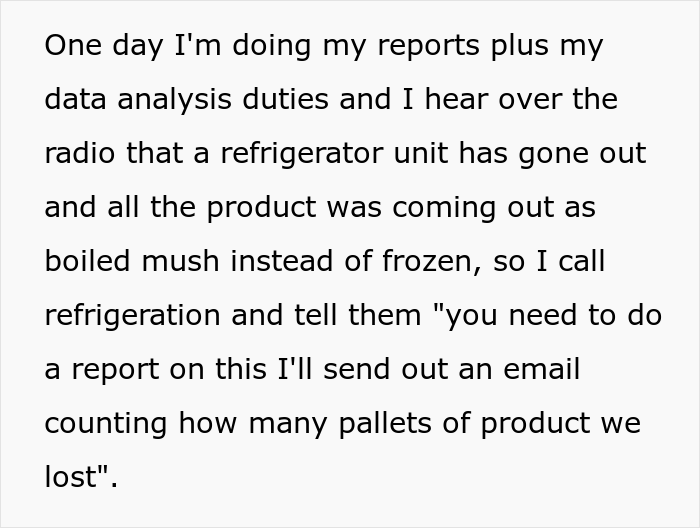 This time he sent an email to remind them of their duties but they didn’t comply. 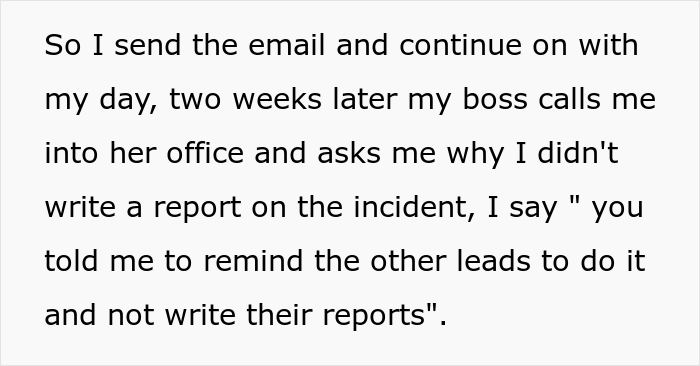 Having a paper trail is usually a good thing but not in this case.

And rather than taking his side, she only piled on. 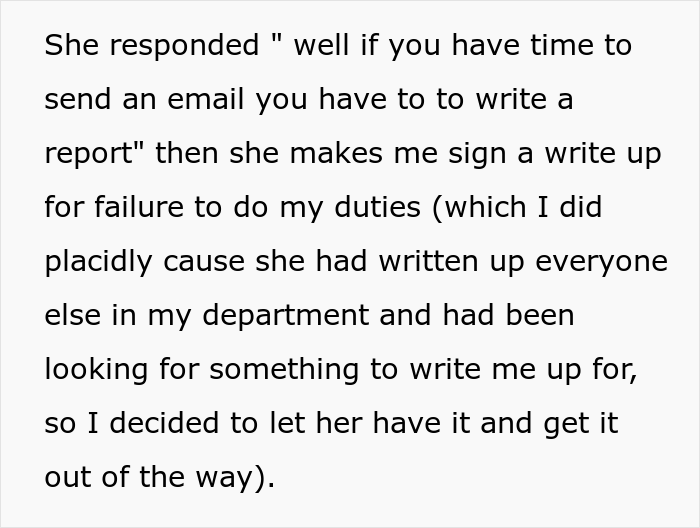 The next time the exact thing happened, he simply radioed over the instructions.

It was clear that they wouldn’t listen.

But that wasn’t his problem.

The manager called him in again probably to ream him. 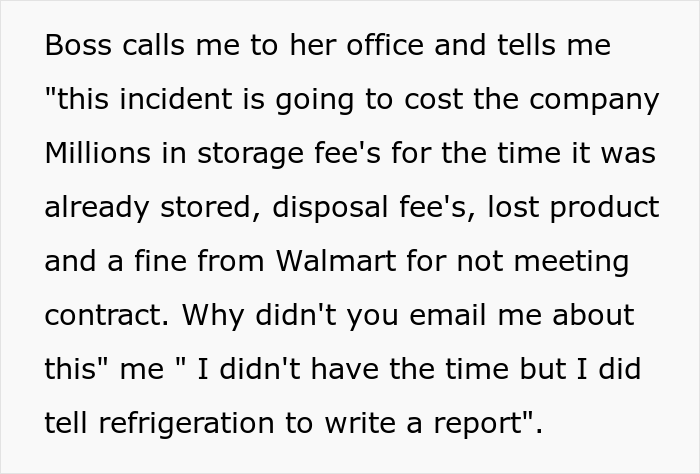 However, she didn’t have a lick of evidence.

I am honestly surprised that she always found a way to blame this guy even though this wasn’t his job in the first place. How come she didn’t write up the other leads for not writing their reports? Was he suddenly the report-writing guy? If so, why did nobody tell him? And he always did what she had asked of him but she still found a way to nitpick which is not at all surprising.

People in the comments were just as gobsmacked. 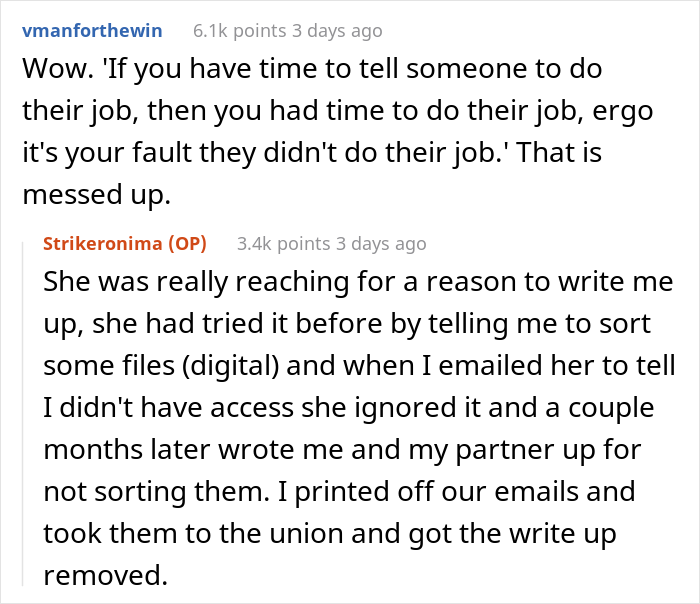 I am glad that he had a fun time.

Well, this is just weird.

I wonder who hires these people?

And why they hire them in the first place.

He did what he thought was right at the moment. 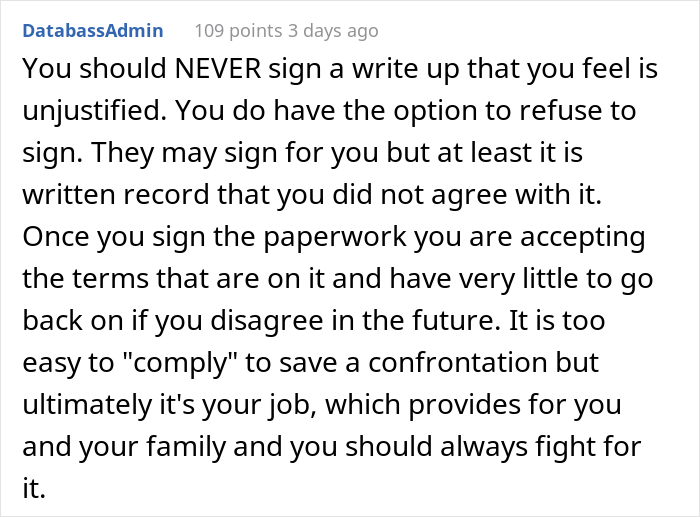 I am pretty sure he wasn’t being paid as a lead though. 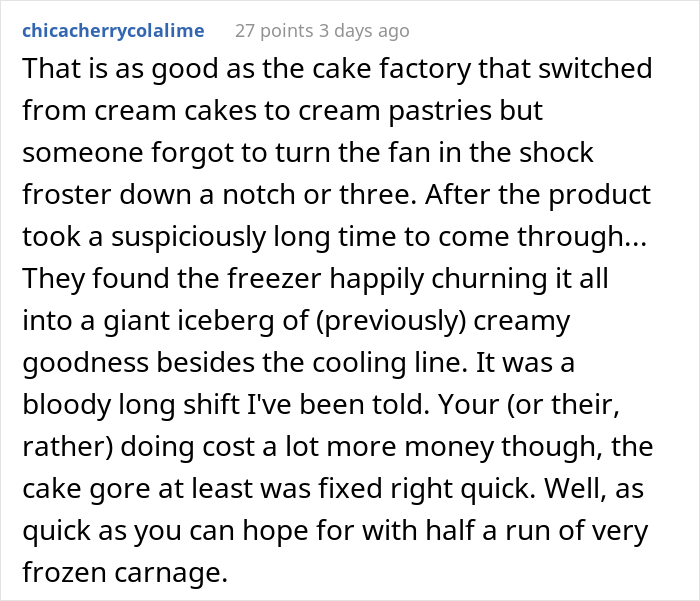 Why choose the intelligent option?

One commenter even managed to guess the name of the company.

What are your thoughts on this story? Do you think the company deserved this for what it did to this employee? Or do you think one person’s fault caused this company millions? Comment down below and let us know. Also, don’t forget to share this story with your friends so they can join in with their personal experiences as well.