Pets can turn anyone’s negative mood into a positive one.

If you ask a  pet owner, what is the definition of life, their definition would be so different from the one given by a person who does not own a pet. Animals literally change our lives for the good and we will see the proof of that in a few moments. The basic point is, that pets remove all stress from our lives. And they do so by filling the empty voids, where previously stress had been residing, with happiness, joy, love, and companionship. This factor of companionship is solely based on their commitment to the fact that their owners will always stay with them, love them equally, and their bond will live on until the end of time.

And don’t even get me started on the entertainment. The things our pets do for us, and the internet users as the owners share everything online so the whole world can enjoy, result in the most hilarious scenarios. They make efforts enough to overdose their owners with the happiness hormone, serotonin. And guess what the icing on the cake is? On top of everything I have mentioned, our pets also end up looking so adorable when performing these duties.

Today we are going to enjoy some images of our best friends who are not even going to try to make us happy, but our serotonin levels, as I have already mentioned, will reach an all-time high.

Now without further ado, let’s enjoy some animal pics and immerse ourselves in their adorableness.

1. The Labrador was finding it hard to accept the new puppy adopted by its owners. The puppy remained patient until the Lab finally decided to trust it and let it in its circle.

Now they can’t be separated. 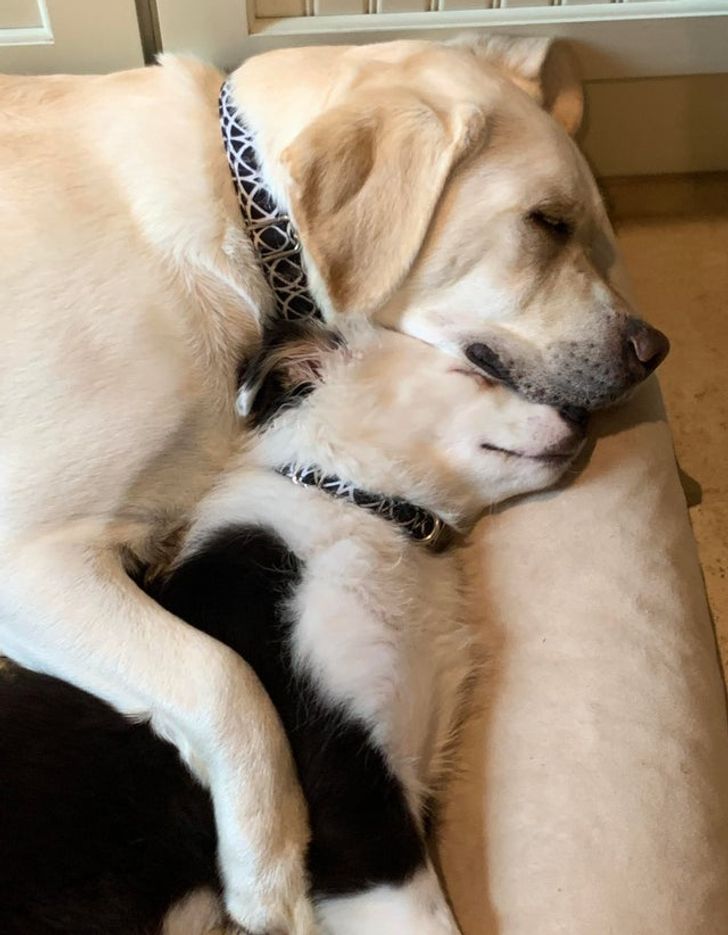 2. Linux the cat likes to rest on its big brother Baxter. He looks a little uncomfortable but he will get used to it with time. 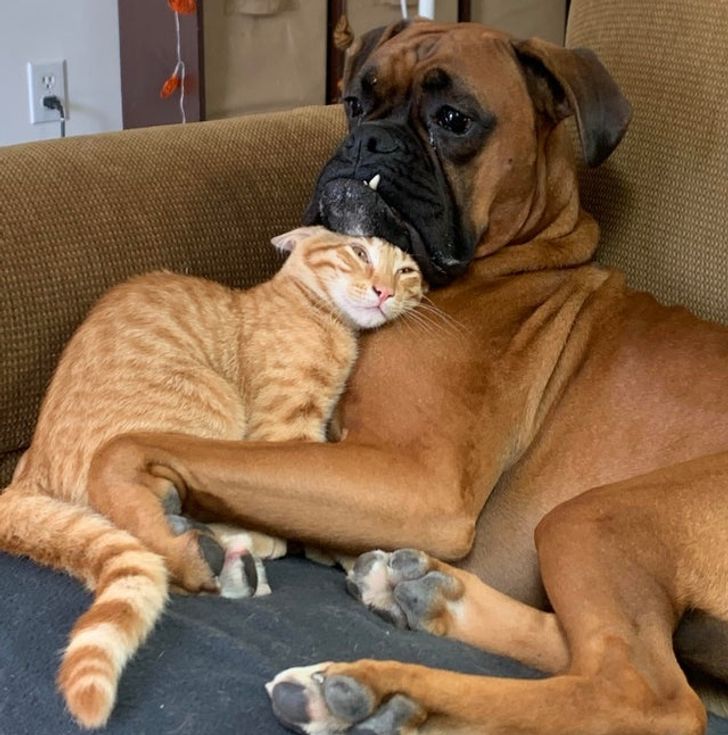 3. This little one was given birth 5 days ago and the dog has already formed a robust, inseparable bond with him. 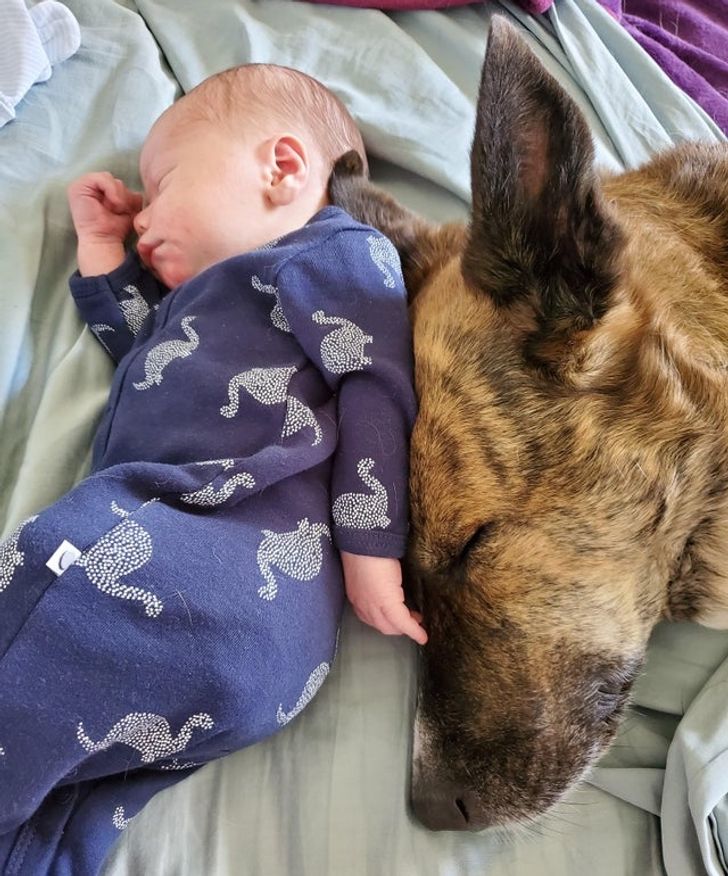 4. Luckily for these owners, their newly adopted, Bowie, is a huge fan of hugs. 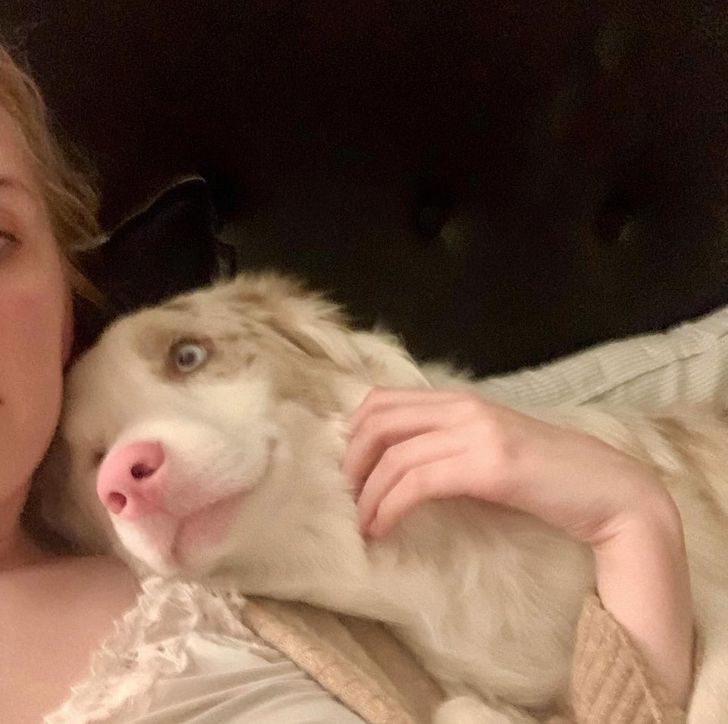 5. This adorable cutie snuggles every time she hears her owners say literally anything. 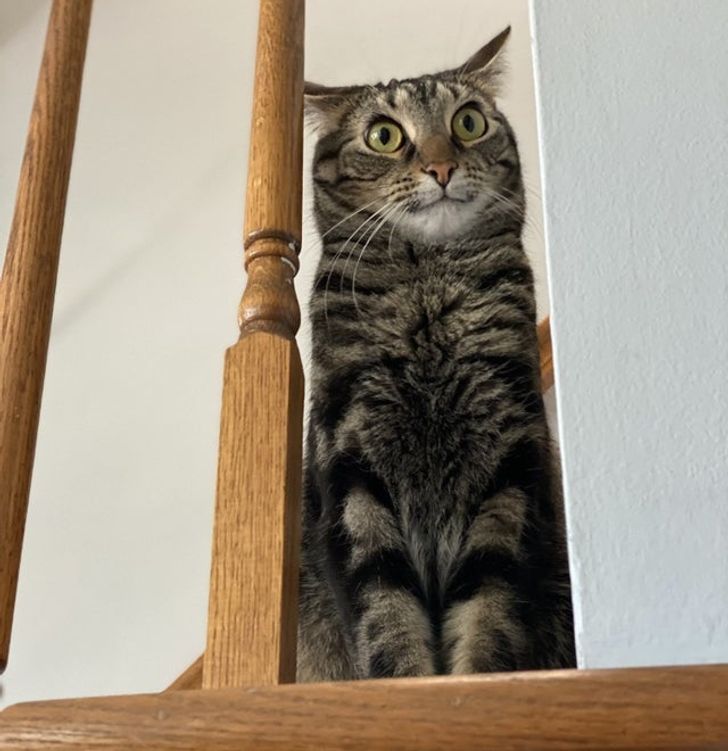 6. The cat developed a habit of dragging the towel down from the rack. Recently she realized if she drags it from the heated drying rack, it gives him a feeling of warmth and he absolutely loves it. 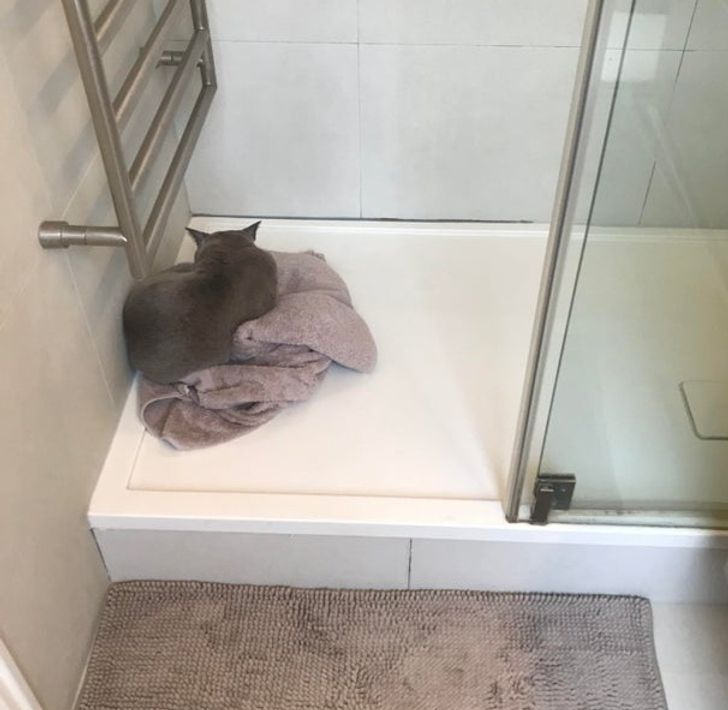 7. The kittens are showing support to their father by sitting and watching him play League of Legends. 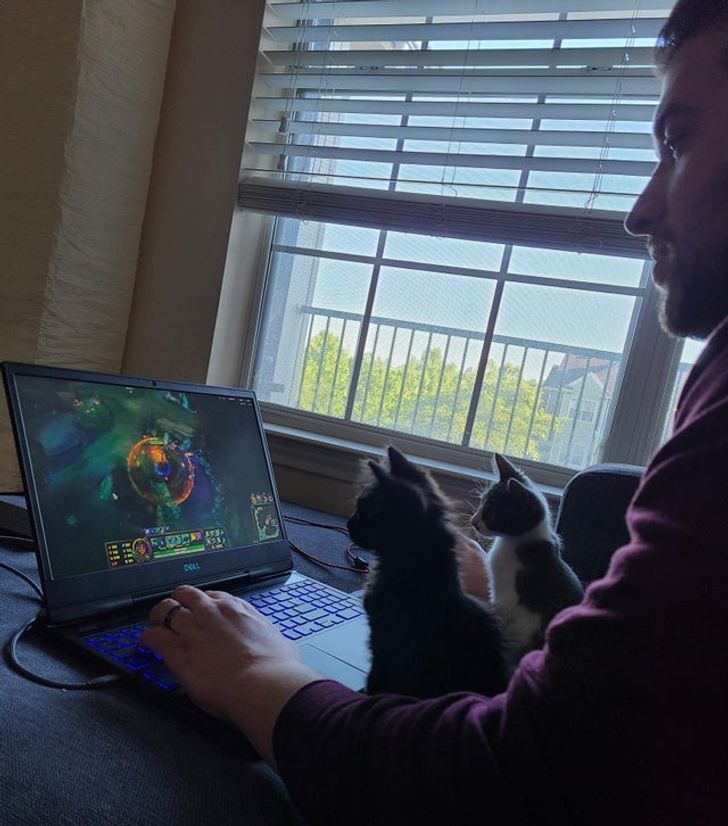 8. The girlfriend’s cat ended up loving the boyfriend more than her. 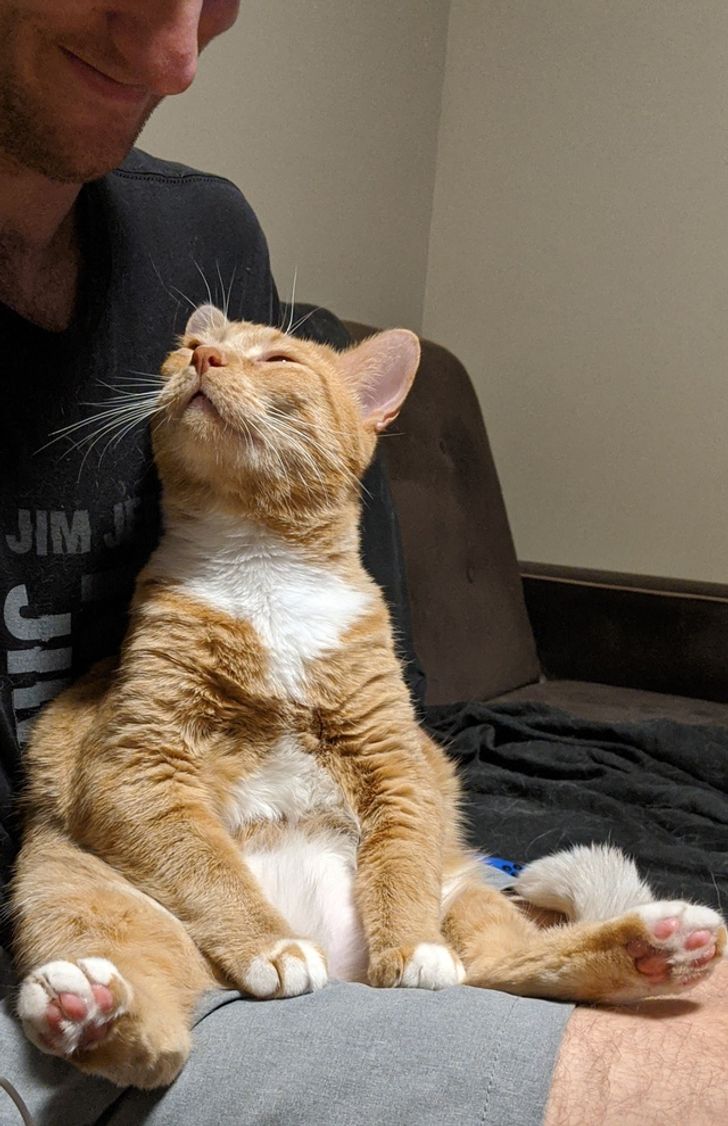 9. Oh my god, the dog crossed its limbs and made the shape of a heart. This heart has melted my heart. 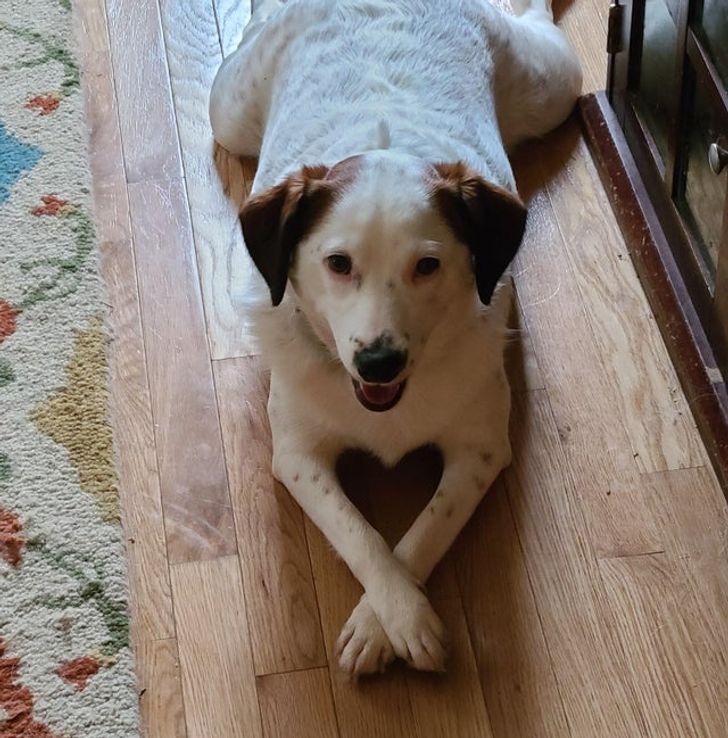 I swear these are the most wholesome images of pet animals we have ever compiled for you guys. There is just too much innocence and positivity in these pets. They literally were made to make out days brighter and for the betterment of this world. Imagine a world without pets. I know, you can’t because it wouldn’t have made it this long. Their efforts should not be taken for granted.

Cherish it all while you still can. Scroll down to continue enjoying!

10. The protective cat cuddling her mommy after knowing that she is 30 weeks into her pregnancy and annoying her would just the matters worse. Cats understand what’s happening around them. 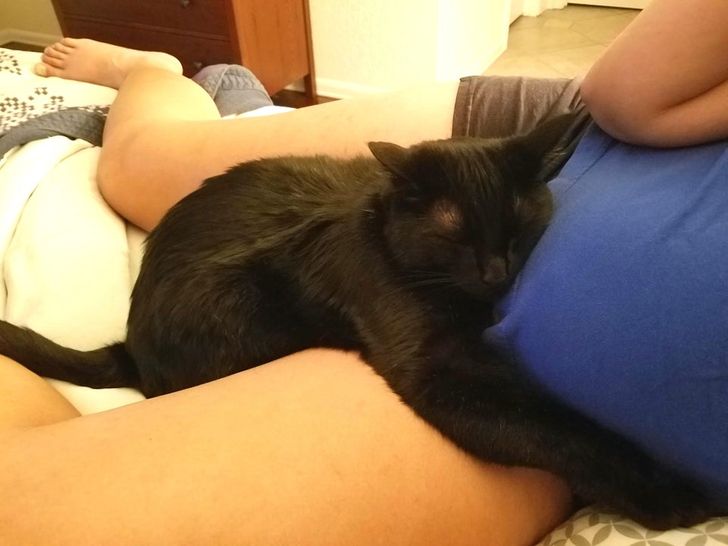 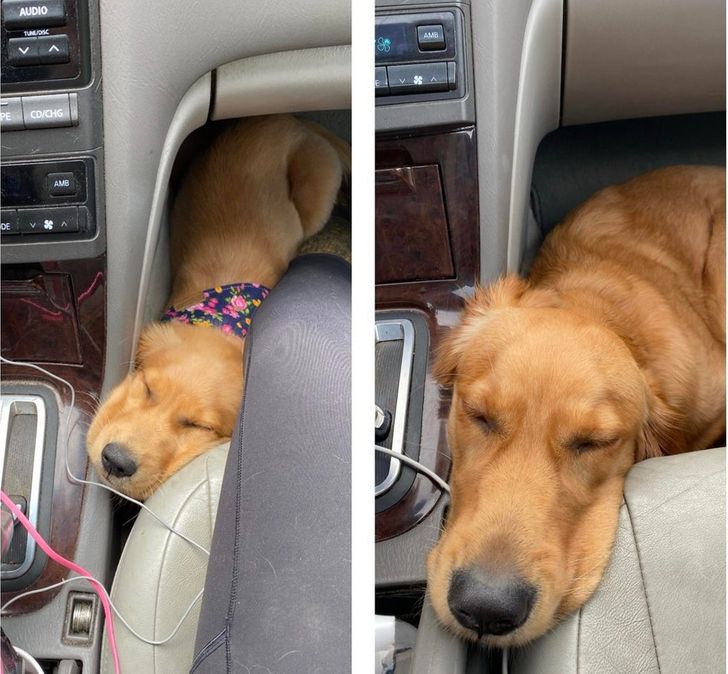 12. Ladies and gentlemen, it is a perfect fit. 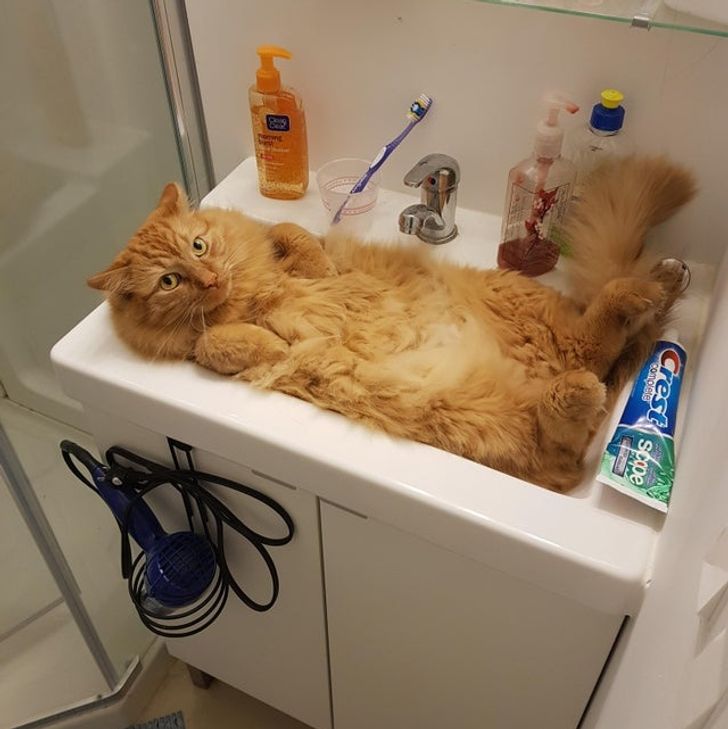 The tap is right there holding what the cats fear the most; water.

13. Every time his owner goes out to chill on the porch, he keeps an eye on him through the window so they don’t leave the house. 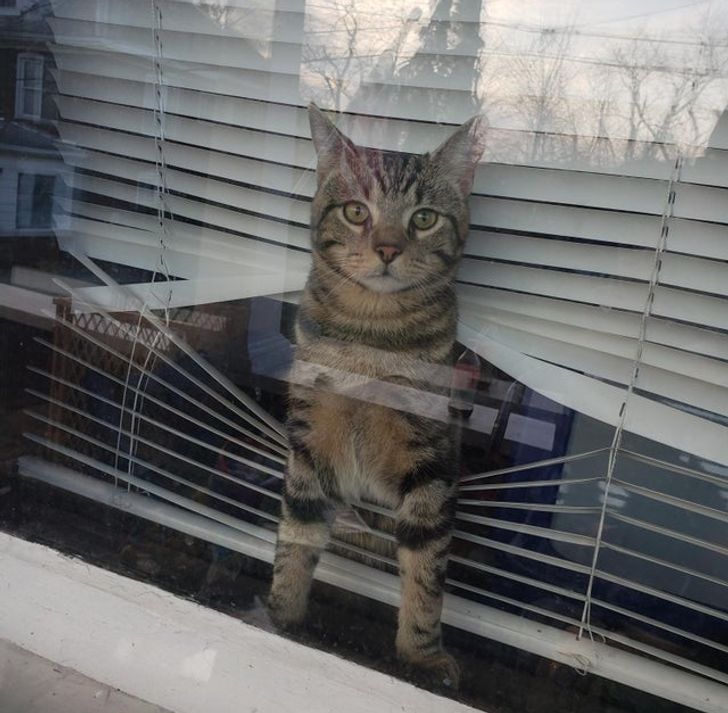 14. Oh look, a new plant just grew. Better get it patented and make that cash on the seeds. 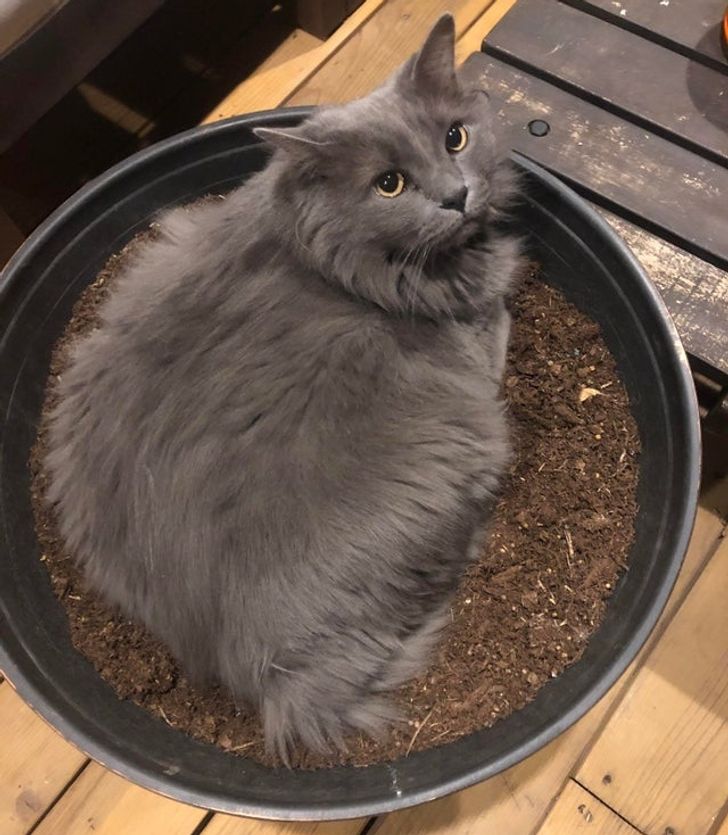 15. The doggo is actually looking at a tree on which he saw a squirrel about three years ago. He goes to that tree every time to check, in hopes, if the squirrel has returned or not. True lover. 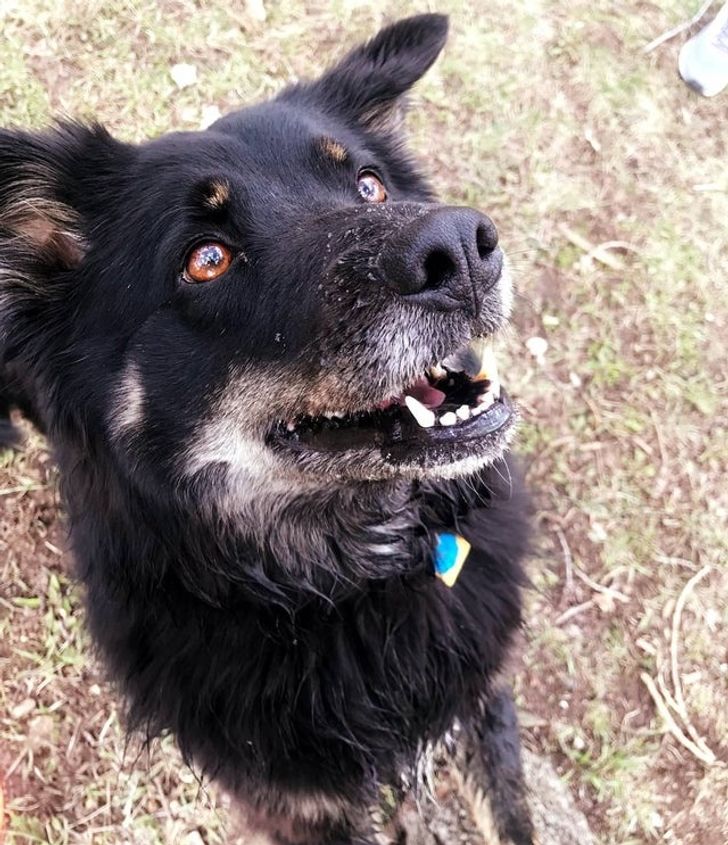 16. He has a very cute habit. He doesn’t sleep until he doesn’t gets carried by his owner. This is the cutie telling his owner that he is sleepy. 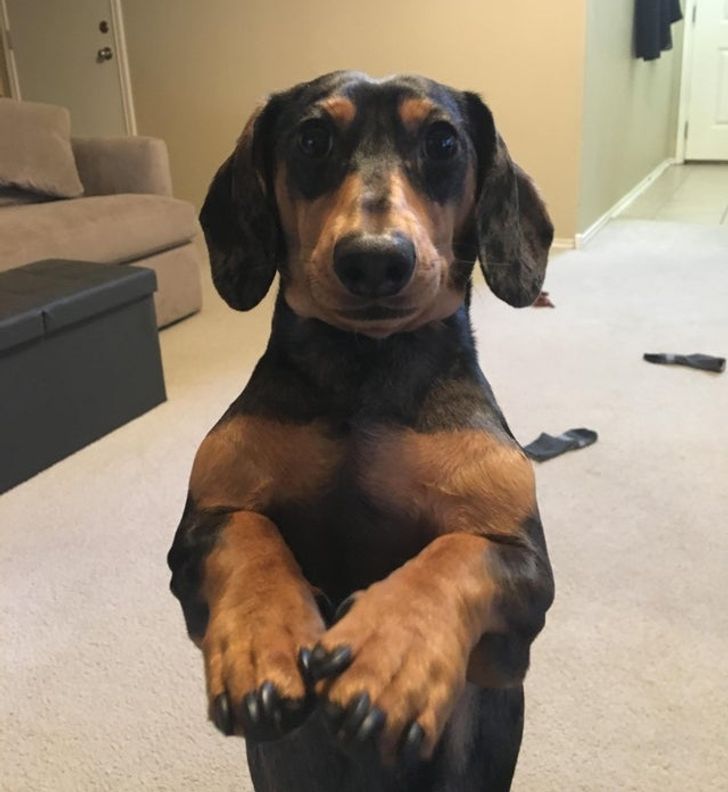 17. Cats and water. A couple that was never able to sort things out. 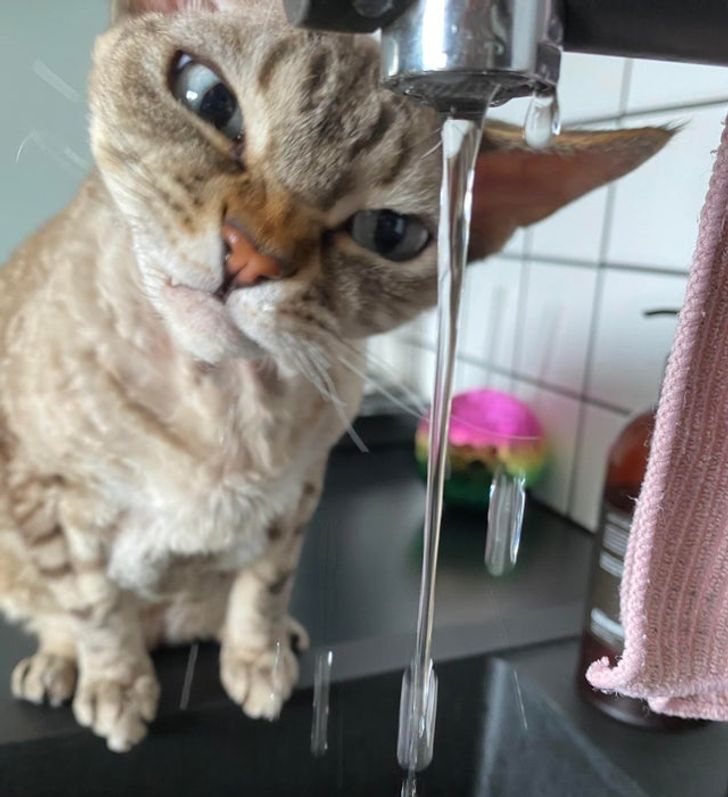 18. Family adopted an adorable pup and the cat instantly signed the adoption forms and made the dog its kitten. 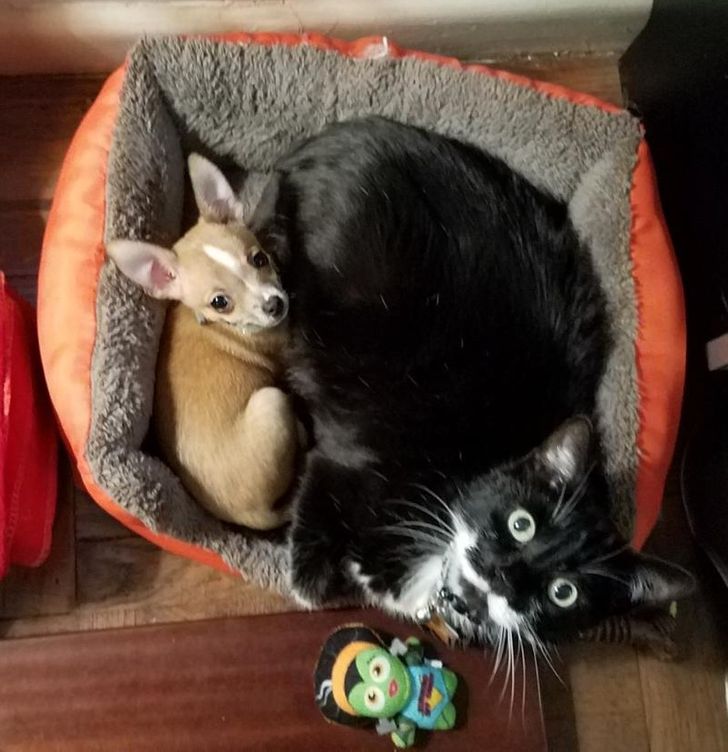 I really hope we managed to get you out of that negativity, and boredom with this post and are hoping that your happiness levels are super high. Now it is your duty to share this with everyone you know who might need a dose of happiness. Make their day!

Don’t forget to share how you guys felt in the comments section down below.