Pets spend most of their time around their humans. They adore their humans, follow them and sometimes, copy them. Over time, they start acting and becoming like humans. Have you ever noticed your cat acting like you? All pets do that. They would start sitting like humans, standing like humans or maybe giving human-like expressions. Well, sometimes it’s scary to see them acting so much like humans but they look adorable and melt our hearts with their sweet actions. Today, we have compiled 20 photos of cats who have started acting just like humans. Scroll down and have fun!

1. Human, can you please get me some treats? 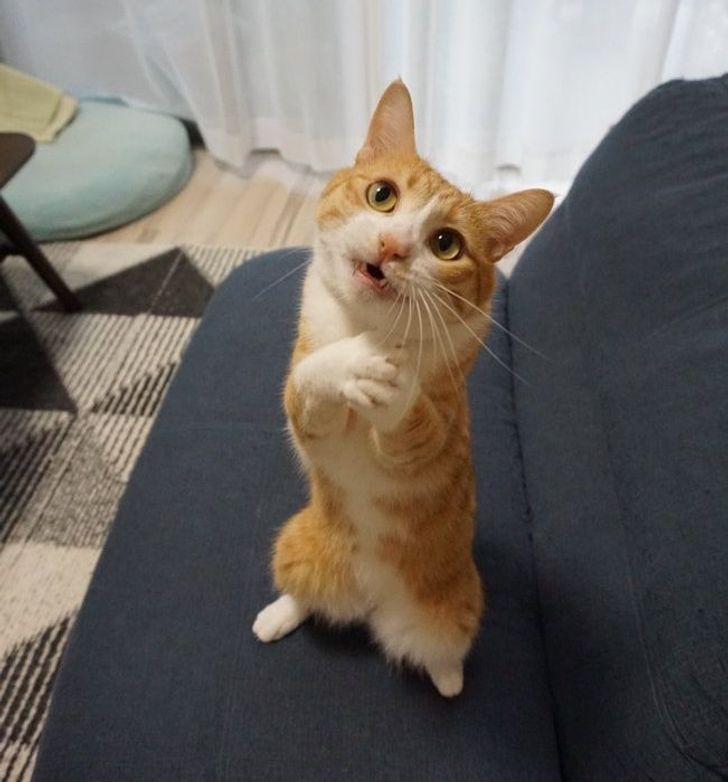 2. The tiny guest for the podcast: 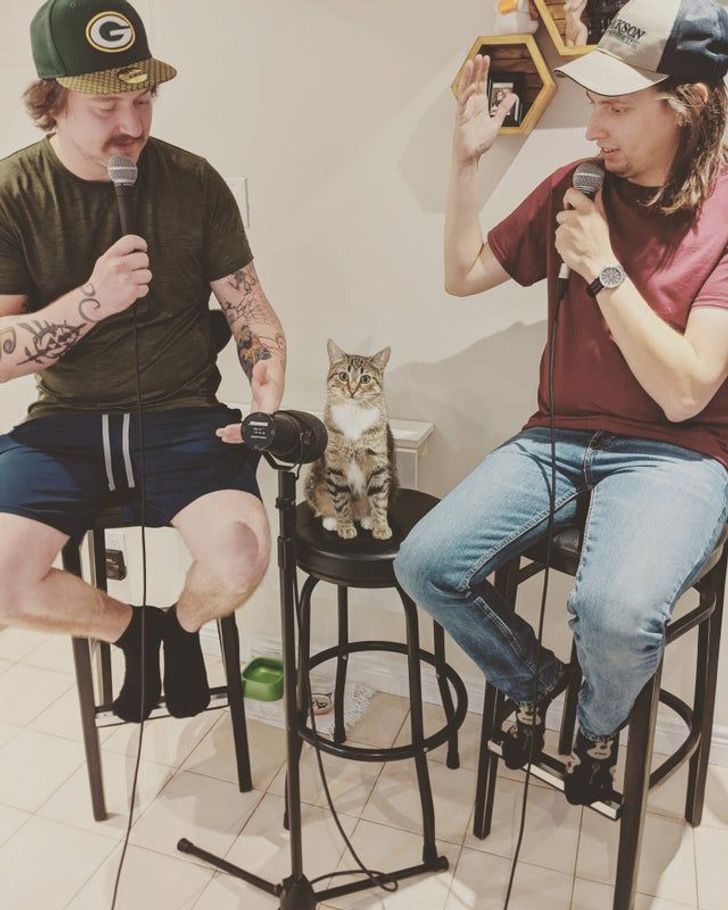 3. That moment when you realize you forgot to turn the stove off: 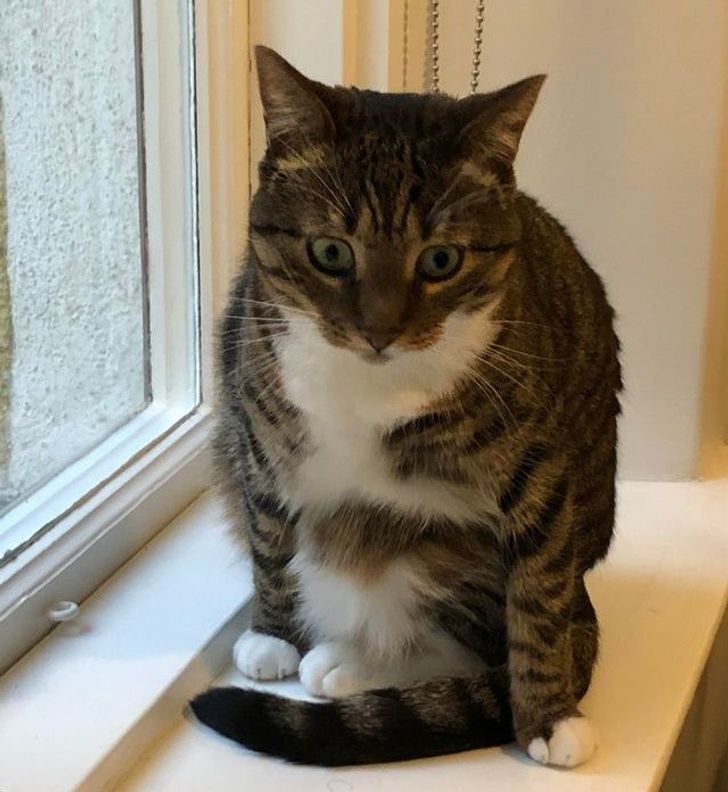 4. When mom has made your favorite dish: 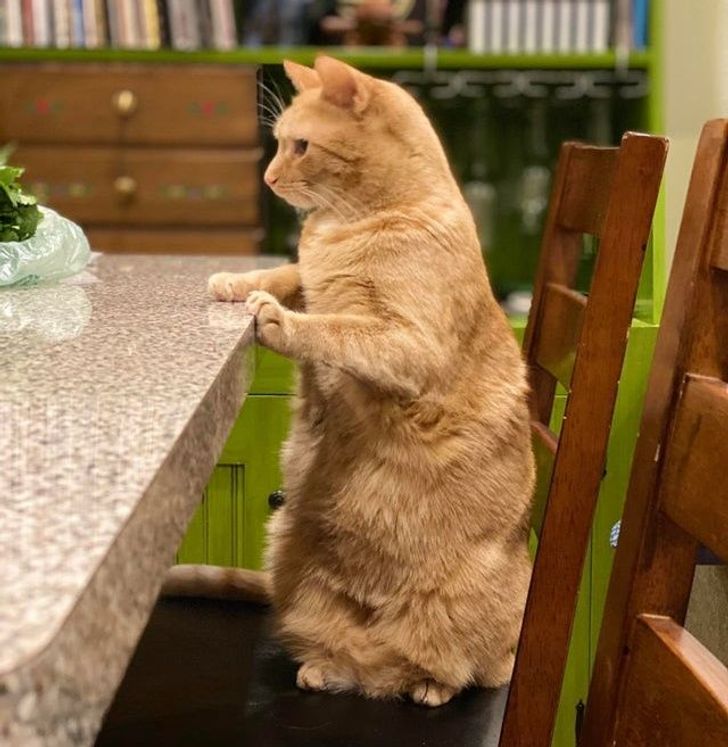 “Lucy always sits like a human and waits patiently when spinach is on the menu.”

5. Me after losing an argument: 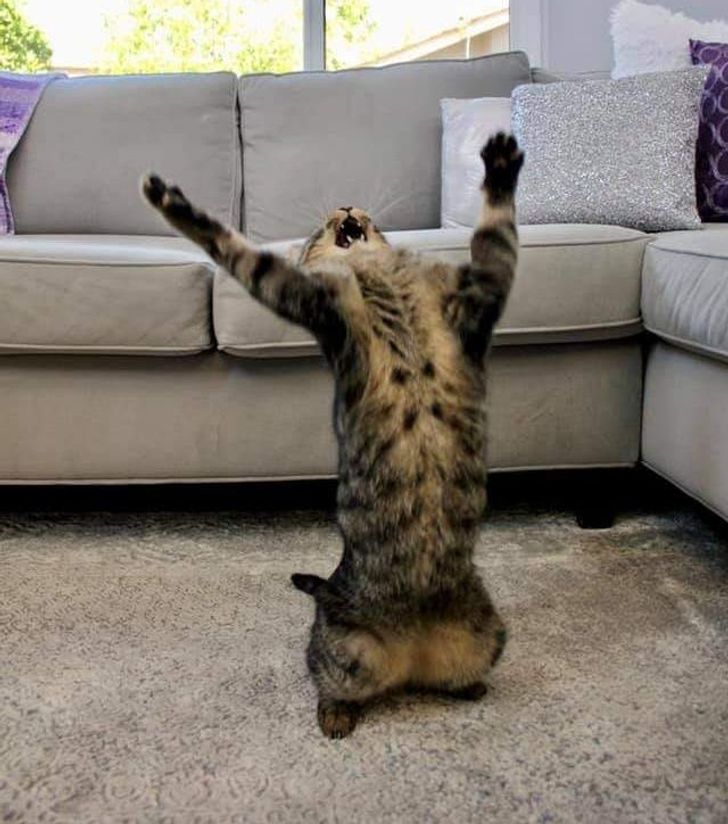 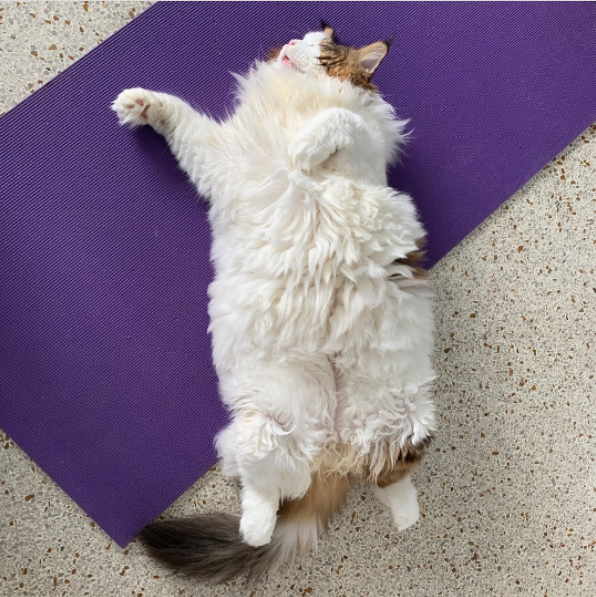 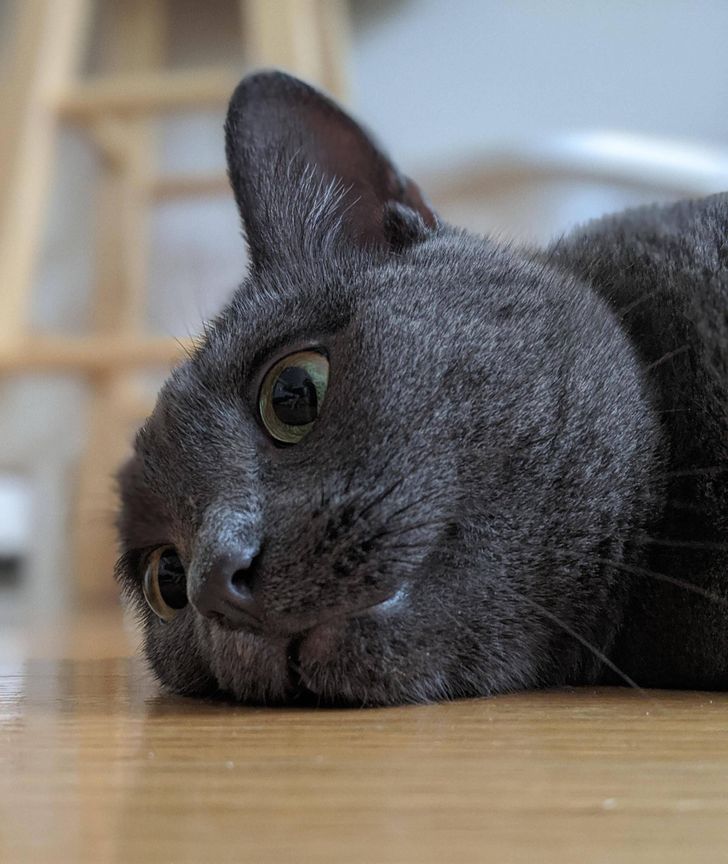 Seems like he has seen his girlfriend with some other guy.

8. “You could say my cat does not approve of our new addition…” 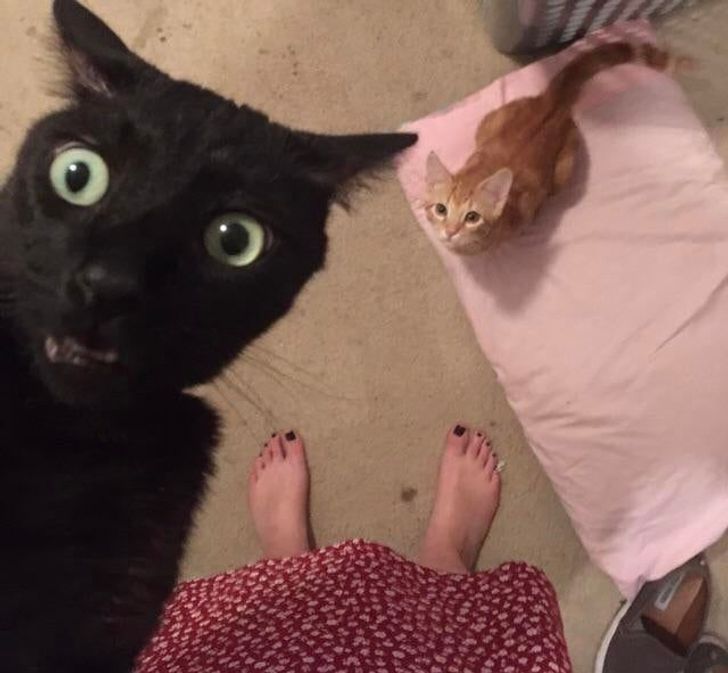 Cat: Mom, how could you just adopt her? Was I not enough for you?

9. When your cat is a better dancer than you: 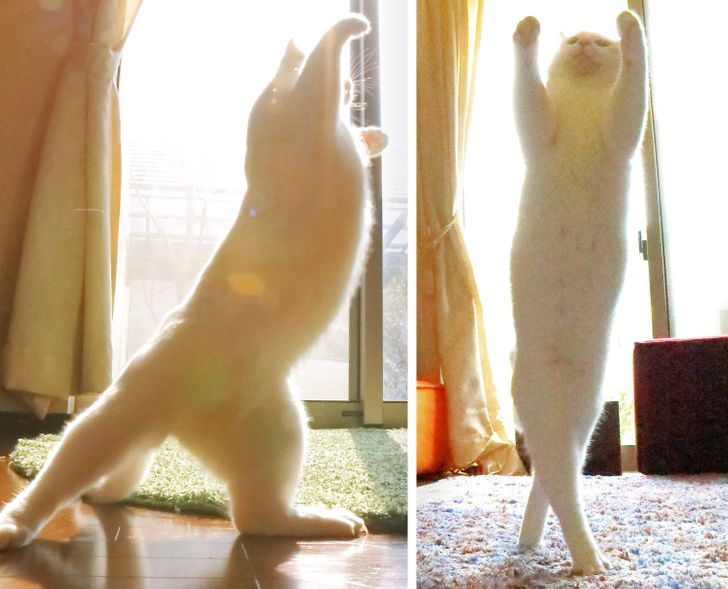 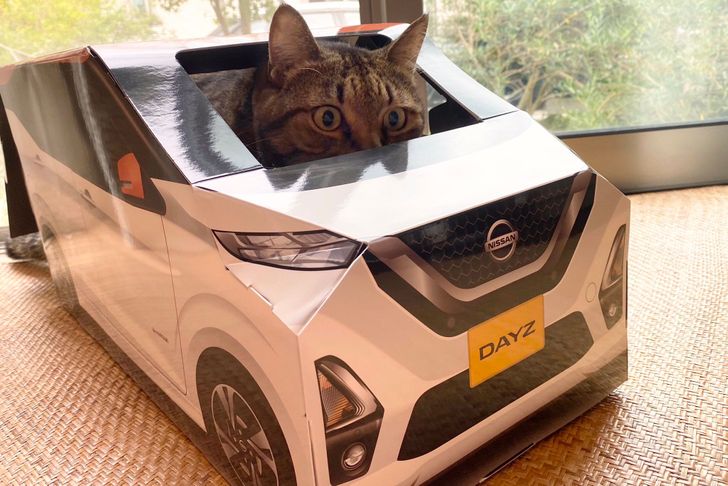 You might be underestimating your cat, cats are capable of doing so many things. They can drive cars, dance better than humans, and get lazier than humans. In fact, cats are better humans than us. Do you agree? Well, we love watching these cats turning into humans with every passing day.

11. When he is mad at you for no reason and keeps staring at you like this: 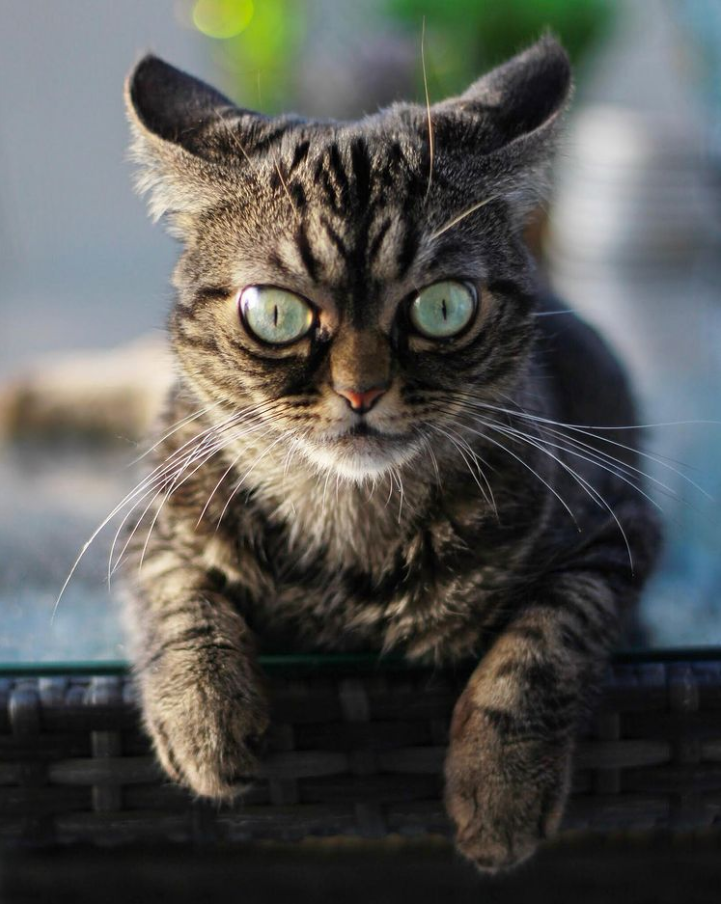 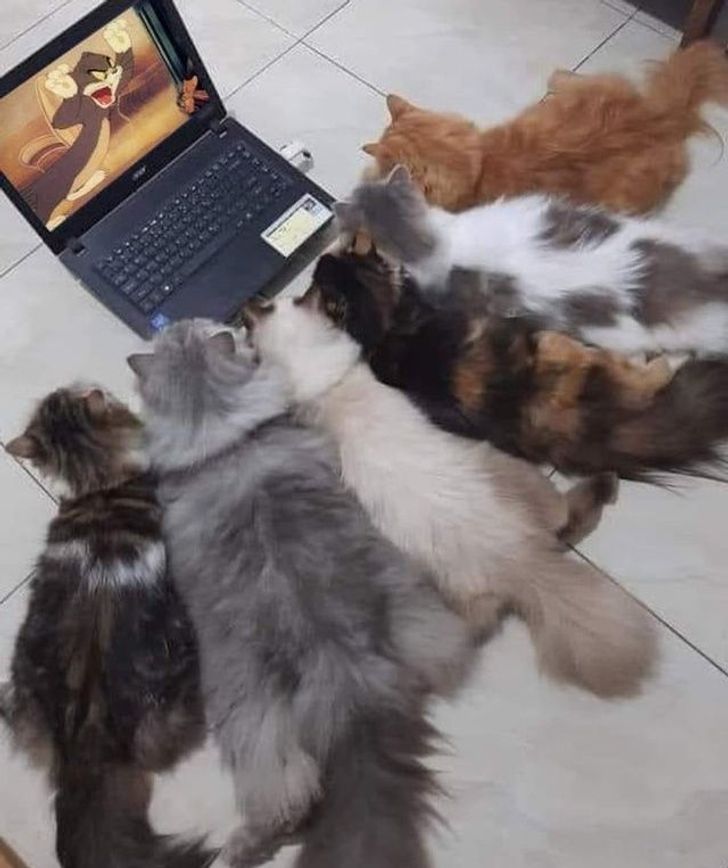 13. When you are alone in the house and singing and enjoying and then mom comes: 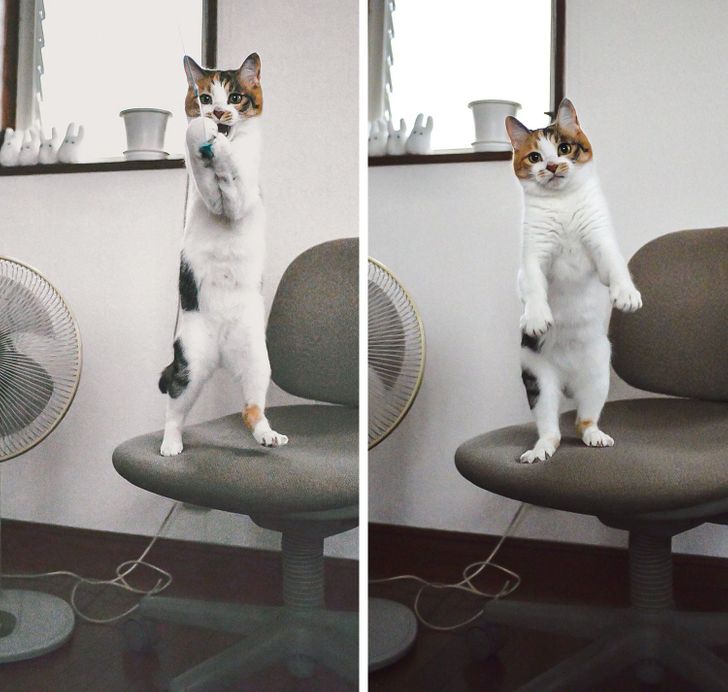 14. “I swear Mochi poses when I point my phone in her direction” 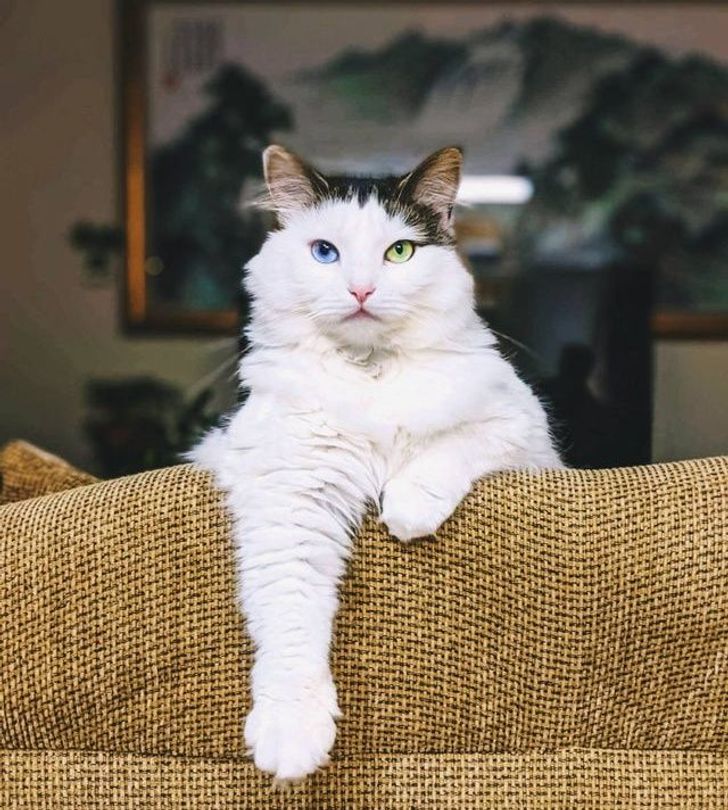 Mochi is a dramatic catto who wants her photos to be perfect.

15. “My cat turned 3, she was not impressed with the celebrations” 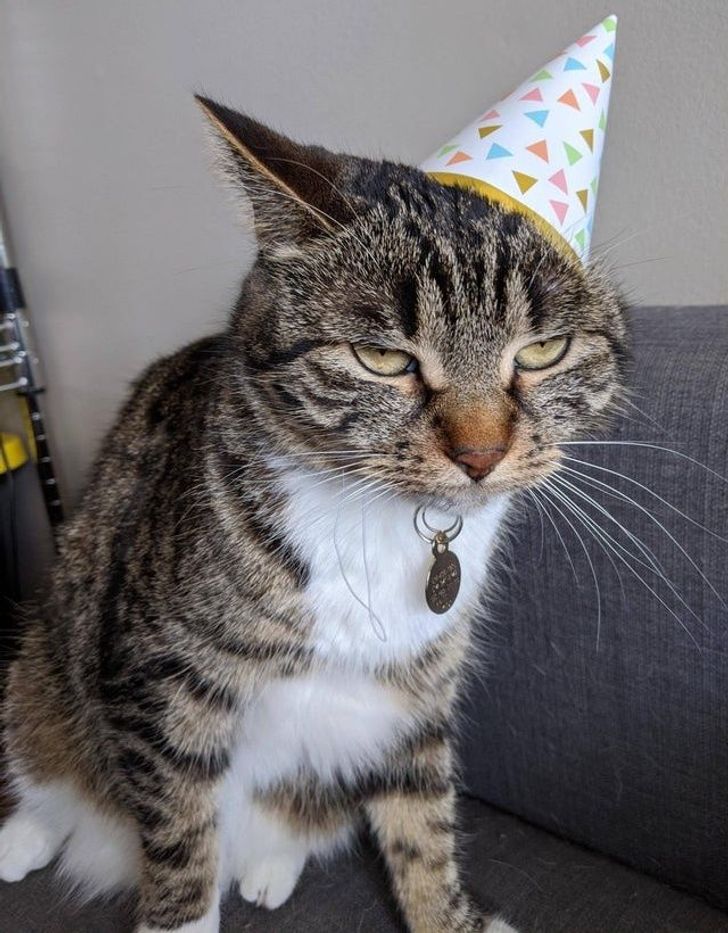 Cat: Mom, I am tired of these boring birthday celebrations.

17. “Everyone, please look at my girlfriend’s cat… He just stands.” 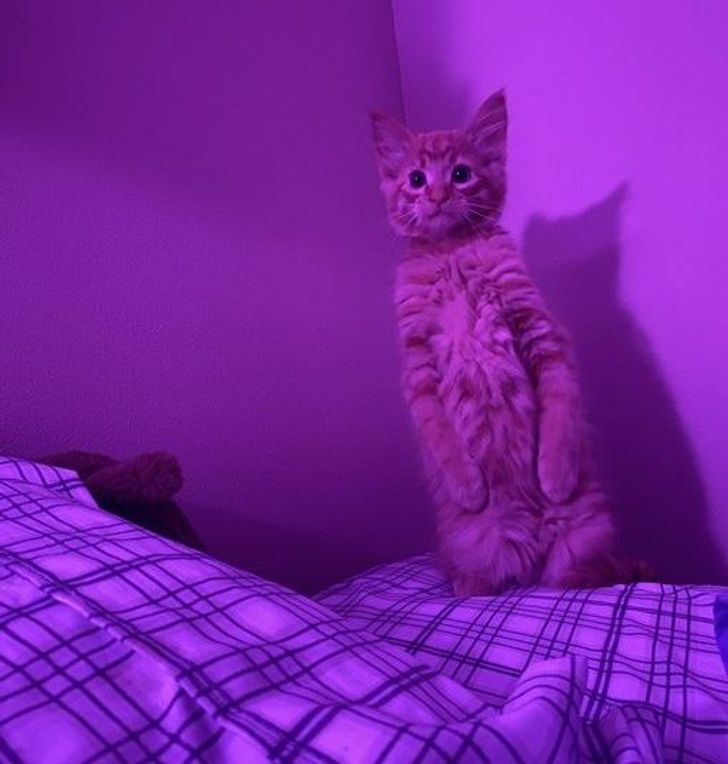 Hey cat, are you a human?

18. “This past July, while we were at the beach, my friend sent a picture of Aslan’s malfunction.” 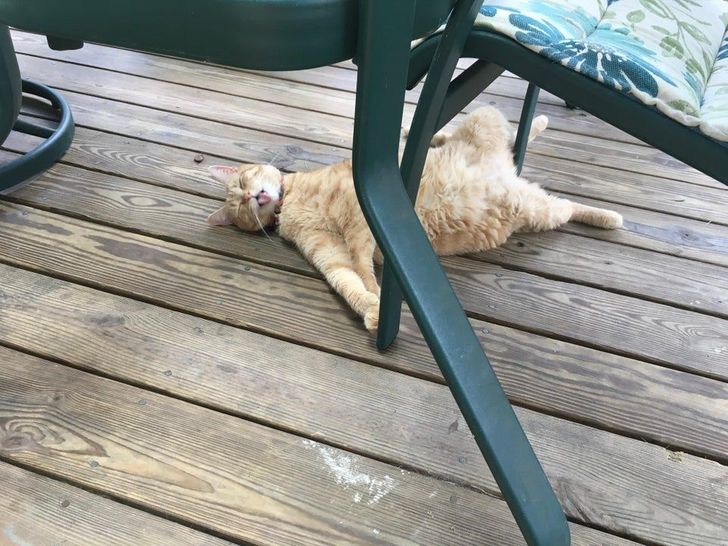 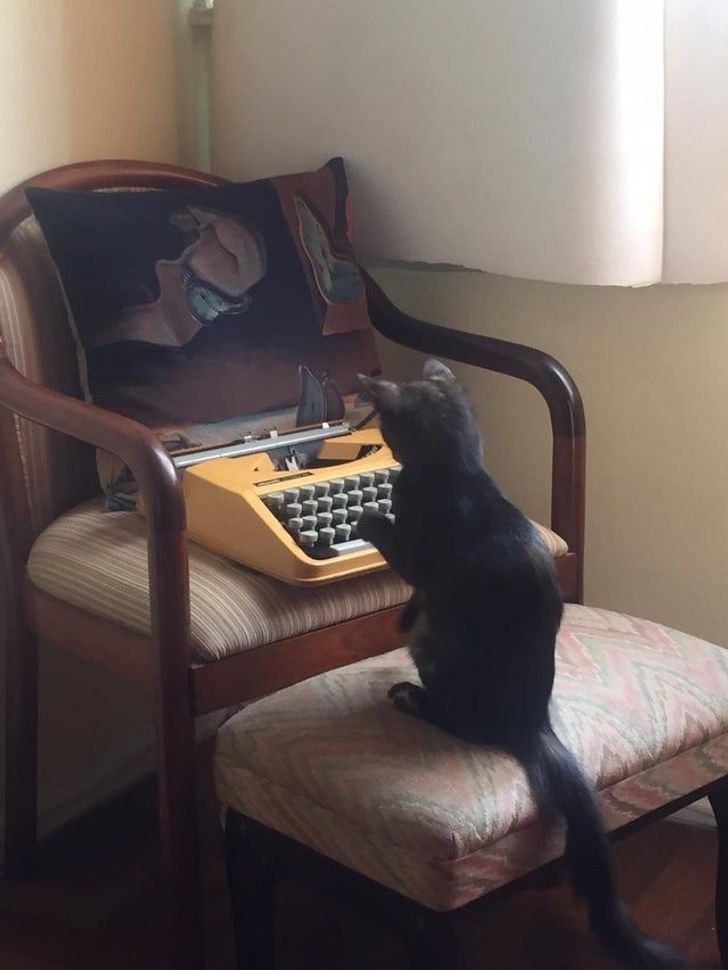 20. A cat who informed the human about the gas leak in his car: 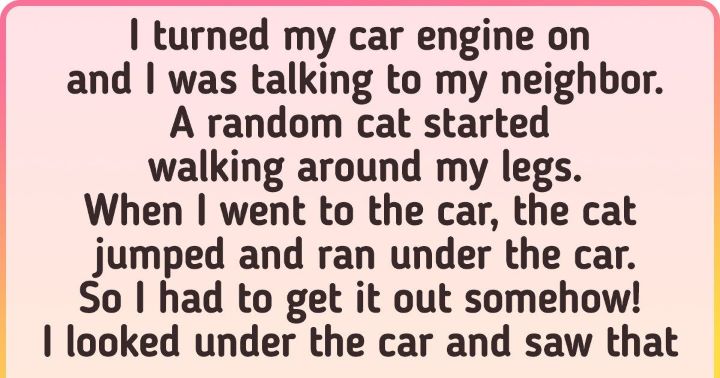 “I turned my car engine on and I was talking to my neighbor. Then, some cat starts walking around my legs. When I went to the car, the cat jumps and runs under the car. Now, I have to get it out somehow! I look under the car and see that there’s a gas leak! The thing is, I’d never have noticed it if it wasn’t for the cat. The cat was already gone by the way. He saved me from a lot of trouble because my car would’ve just stopped somewhere in the middle of the road. I see the cat now and then and feed him.”

Does your cat act like humans? If yes, share a photo of your cat in the comments section down below and upvote for your favorite cats from our list.