Parents are supposed to be understanding.

I mean, if you are going to bring another human being into your life, you have to keep in mind that they might just grow up to be completely opposite to you when it comes to their personality. I am not saying that it isn’t a parent’s right to set rules and try to teach their kids to be the best person possible. But being the best person doesn’t mean that you try to mold them into what you think is best.

However, this is exactly what some parents do. And when someone calls them out on their behavior, they will usually use the age-old line, ‘my house, my rules’. These sorts of parents seem to think that they did some sort of charity by raising their kids and spending money on them when that is basically the responsibility of the parent. That is why I have to warn you that this post might make some of you angry as it did make my blood boil.

So scroll below to see what I am talking about.

Right from the start, we can see this woman doesn’t take her daughter seriously when it comes to mental health issues. 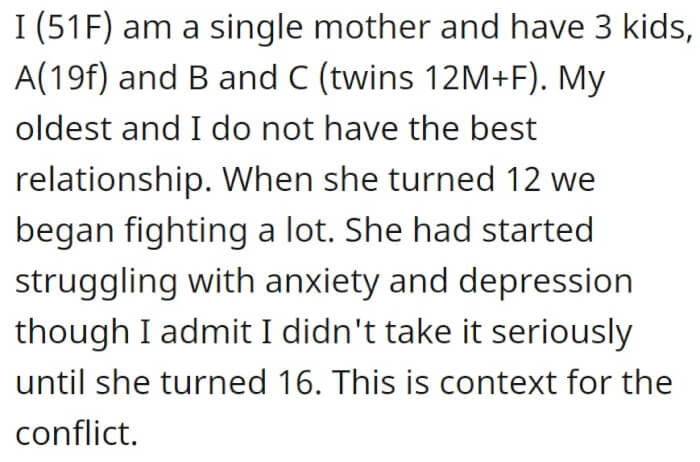 It is okay to not like cats but the way she handles this is all wrong. 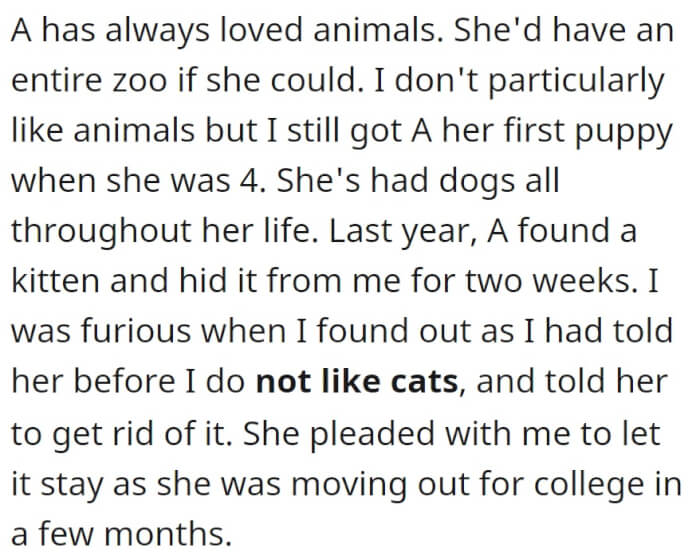 The mother clearly didn’t want the cat in the house but because of covid, the daughter couldn’t leave. 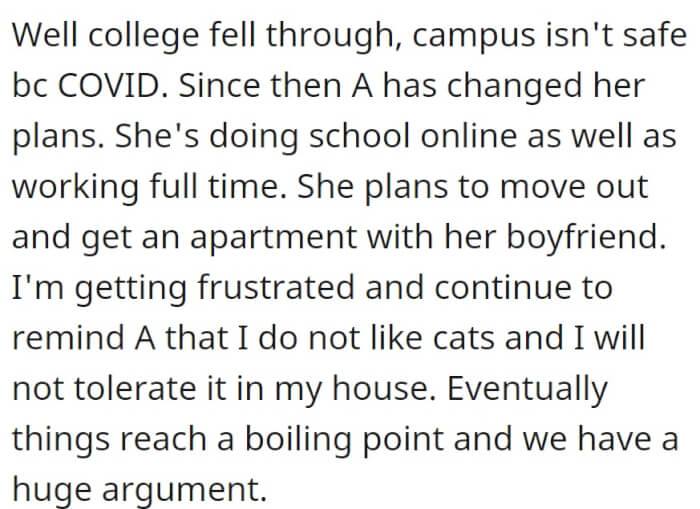 Now, we get some background information and this just breaks my heart. 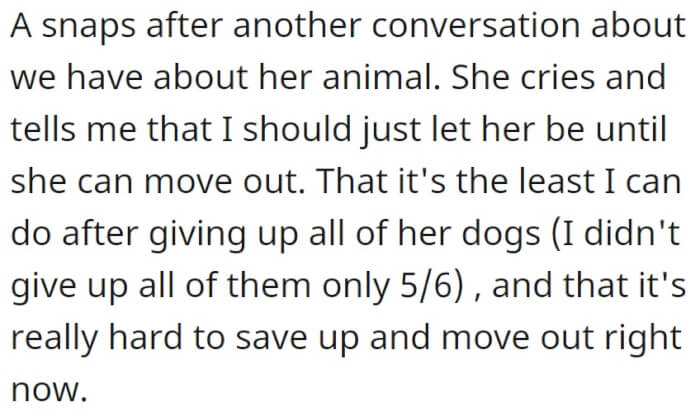 The daughter tries to explain that the kitty is her emotional support but the mother is not having it. 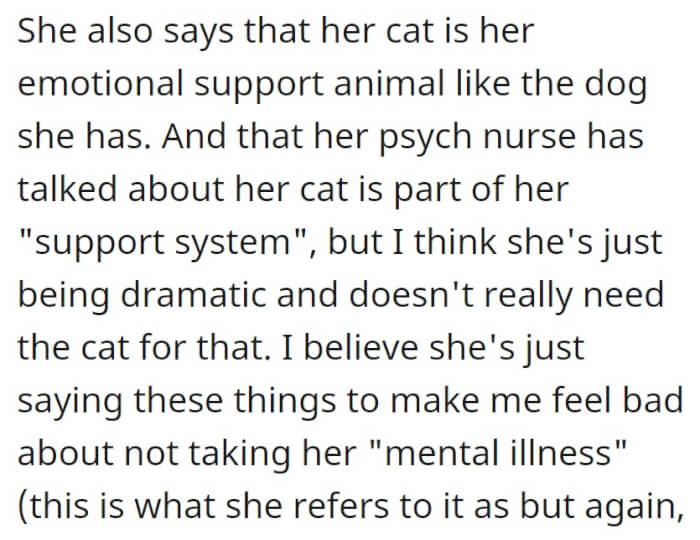 The mother basically calls her out for being overdramatic. 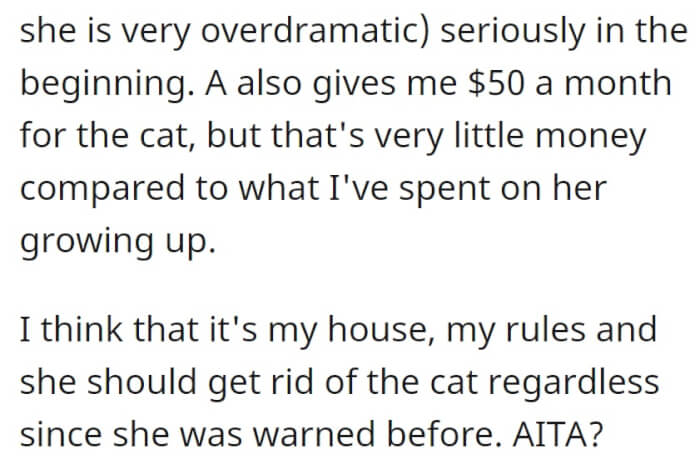 Honestly, I am gobsmacked after reading this. I have no idea how this mother would ever think that she is in the right. I understand that not every part of the world is well versed when it comes to mental health issues but taking away your kids’ animals is just plain cruel. I mean I would start hating the person who did this to me so I am not surprised that their relationships in not great. I am just sad for the daughter since she can’t move out soon enough. However, we do get a few extra details when the mother realizes that nobody is on her side.

A lot of you seem to be misunderstanding when I say my daughter is dramatic. She goes around saying that she is autistic, and has severe OCD when I’ve never seen her behave this way. That’s why I have mental illness in quotes. This is not a fake post. having animals as pets is not common where I am from, and I do not see how everyone thinks it’s so horrible to give them up.

Even with the extra information, people still called her out for being awful. 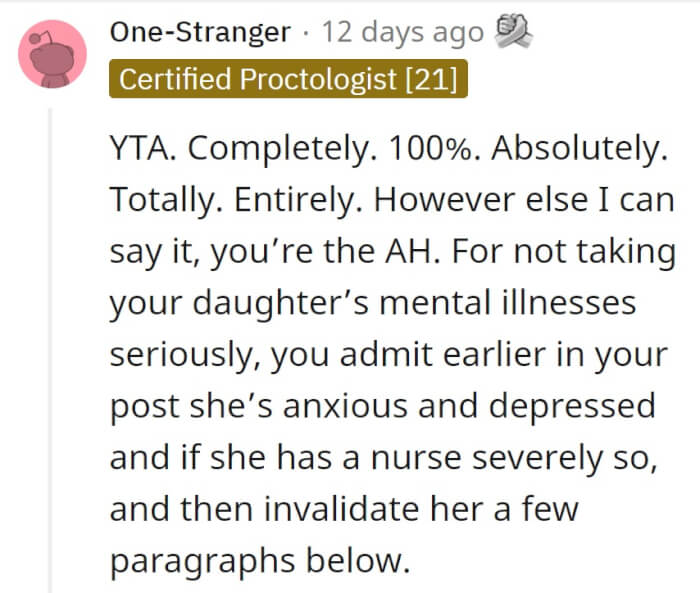 The fact that the mother thinks she did some sort of charity when taking care of her own daughter is horrible. 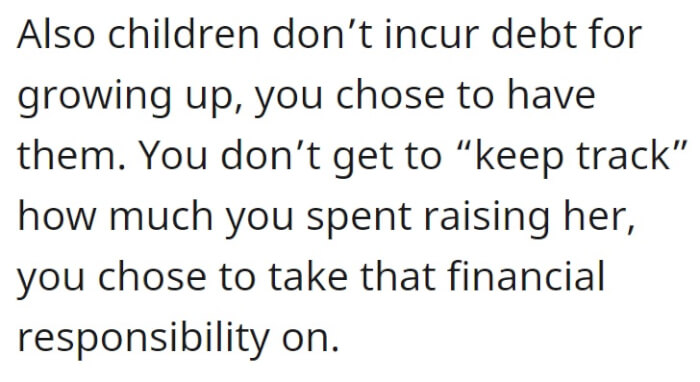 No one stood by the mother’s side which is not surprising. 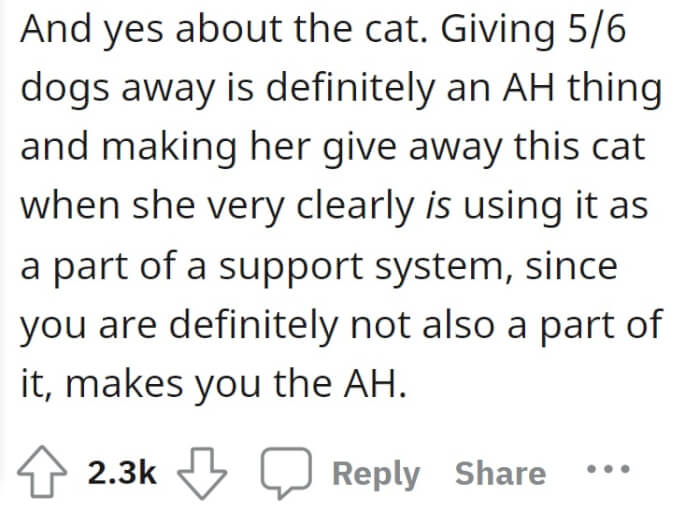 This is clearly not the first time this has happened. 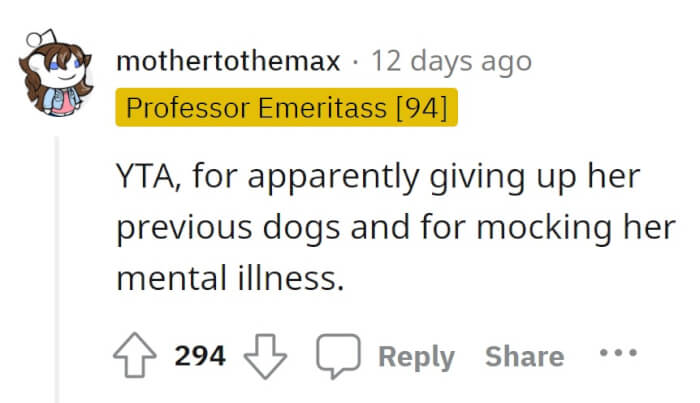 This is a pattern of behavior when it comes to the mother and I hope the daughter gets out of the house soon. 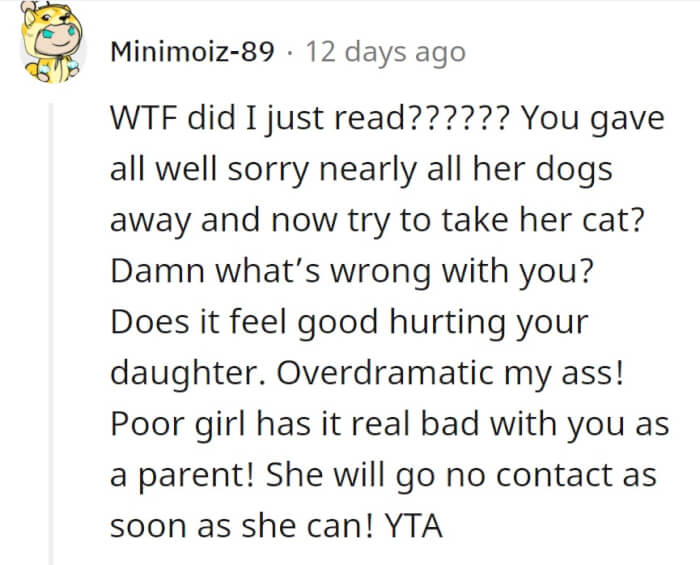 What are your thoughts on this mother’s behavior? Do you think she has her daughter pegged when she calls her overdramatic and just ‘doing everything for attention’? Or do you think the mother in question is a horrible person? Comment down below and let us know. Don’t forget to share this article with your friends so they can join in the discussion as well since this sort of thing happens more than you think.