Some things never change in life.

Preferences, choices, opinions, and likings keep changing over time. As new things are introduced in life, the older ones get removed from the list and new ones enter. That’s just how life is. Back in 2013, I would have said Happy Potter had anyone asked about my favorite movie series but if they asked the same question today, I would’ve definitely said Avengers: Endgame. Room designs are a great example of this. We get bored of the same setup within a couple of years and would want a setup change. That’s just how life moves. But this theory is not entirely true, there are still some things that never change no matter how much we or the things around us change. And those are the things that we truly love, like our love for our parents, friends, pets, and other things that we deeply love.

In pet animals’ case, among other things, it is the love for their favorite toys that never ever drops or changes. Pets tend to develop a very strong association with their toys and there is no doubt, that their owners keep providing them with beautiful and amazing toys on a frequent basis but the favorite toy always receives special attention. Pets love their favorite toys like they love their humans. I don’t think there is a better way to describe that bond than this.

Let’s enjoy some wholesome images of pets spending time with their favorite toys.

1. He got his favorite eggplant when he was a little pup and would never sleep without it. That habit is yet to change. 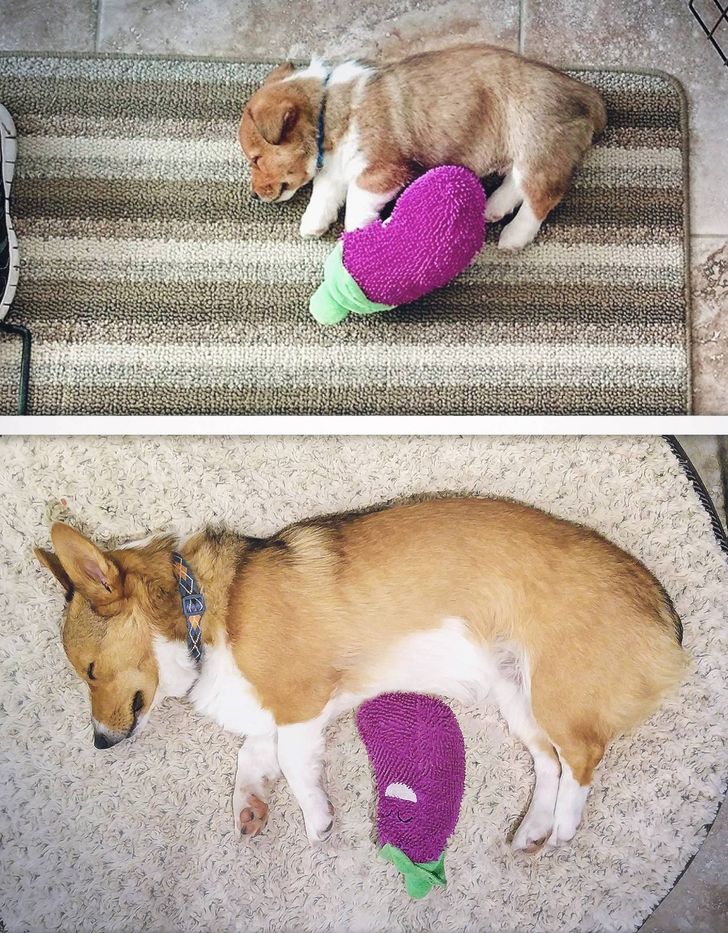 2. He cannot sleep without his favorite stuffed kitty toy even if he tries. 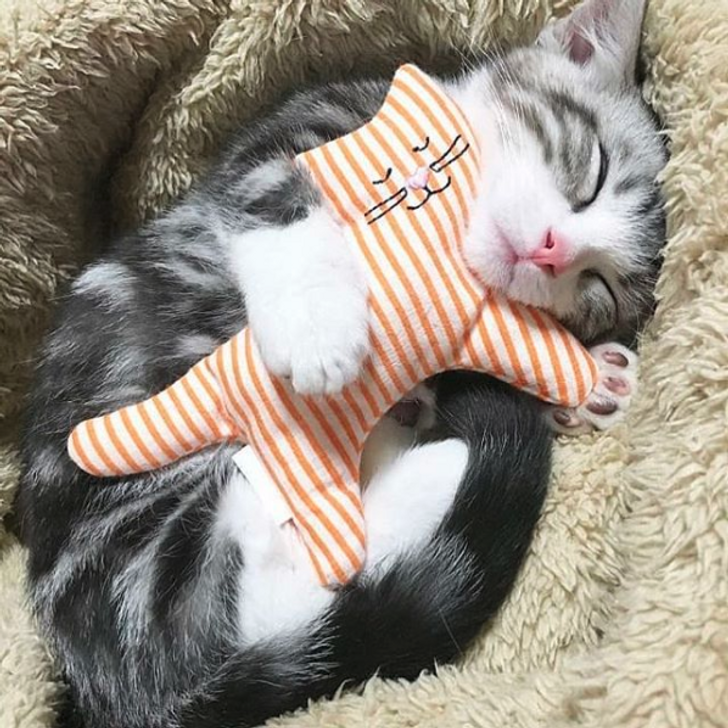 3. Normally pets destroy their toys and get a new one but this Bullmastiff has carefully kept all his toys together and loves to show them off whenever someone comes to their house. 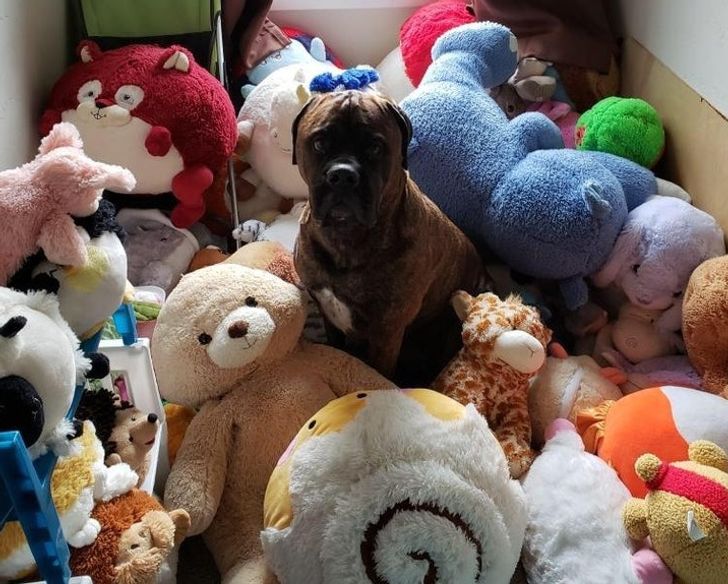 4. She believes it’s real and her family likes to keep it that way. 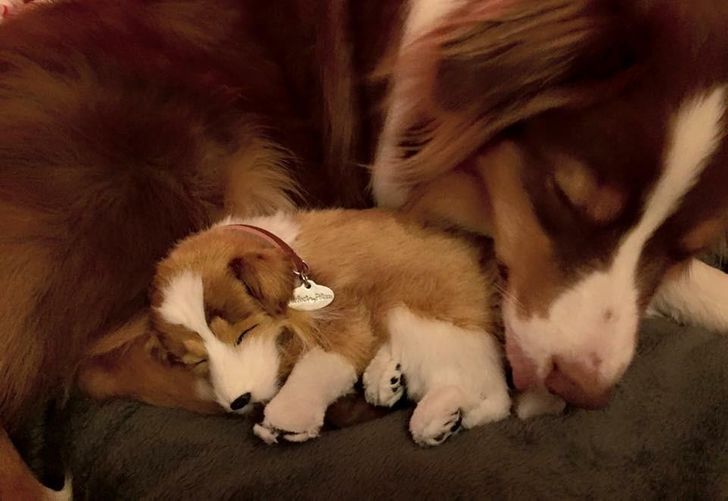 5. This adorable doggo was adopted 4 years ago and has ripped apart hundreds of toys since. This orange dinosaur has still survived because they have a connection.

6. She just got a brand new toy and looks very excited about it. 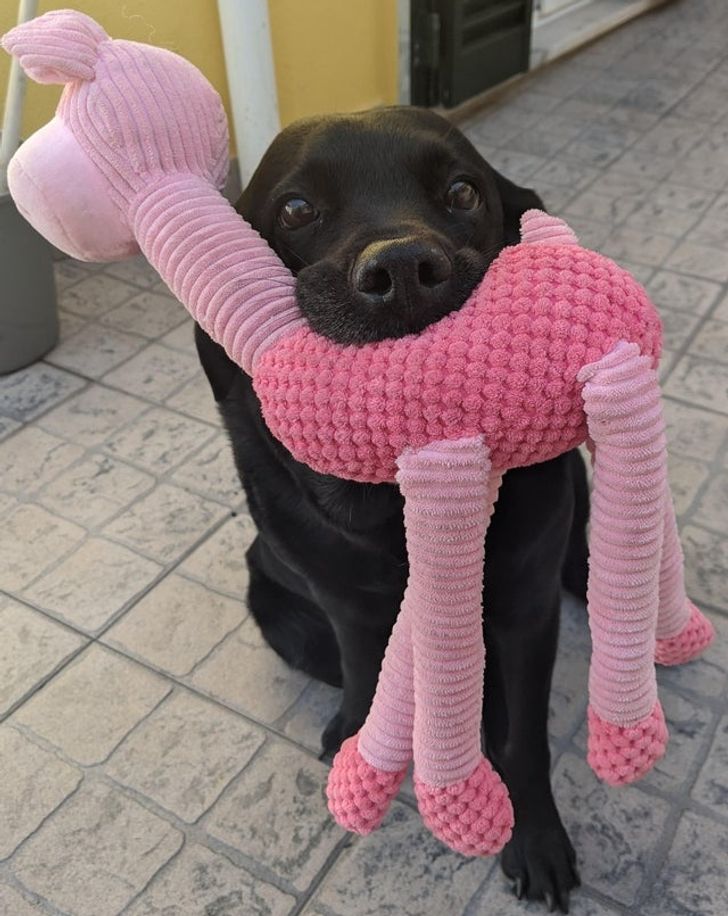 7. She is cannot hear and is partially blind. But that does not stop her from fetching new toys every now and then. 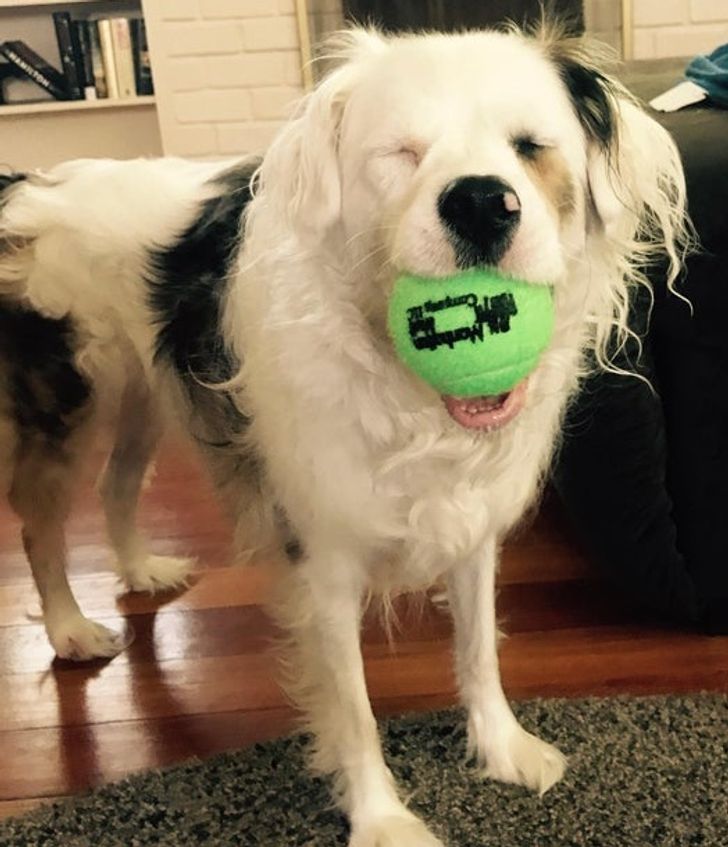 8. Meet Pippi. She broke the trend of ripping every single stuffed toy that she got when she got this one. Looks like she finally has a favorite. 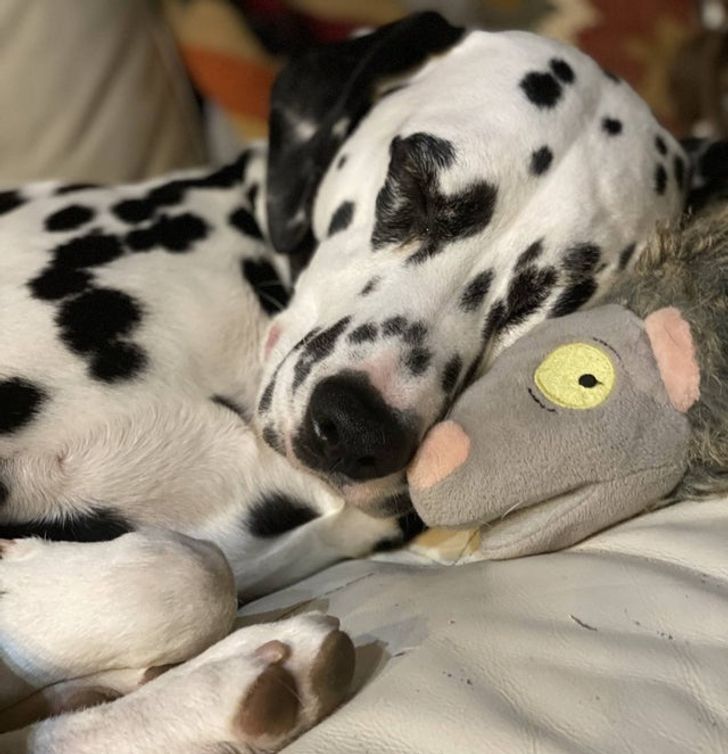 9. The dog and his best friend have been kicking it together for a very long time. 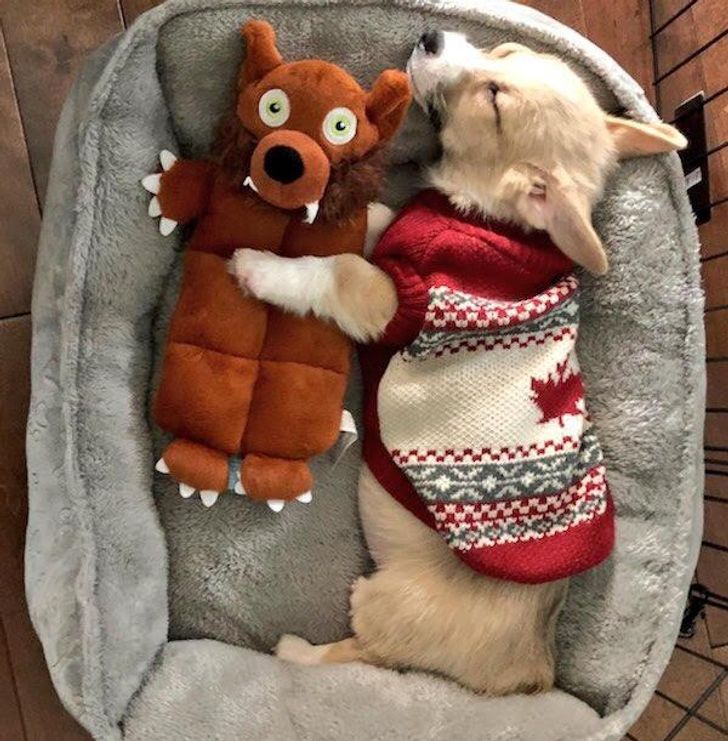 10. Do you guys see Mister’s eyes? They are filled with love for his ghost toy. 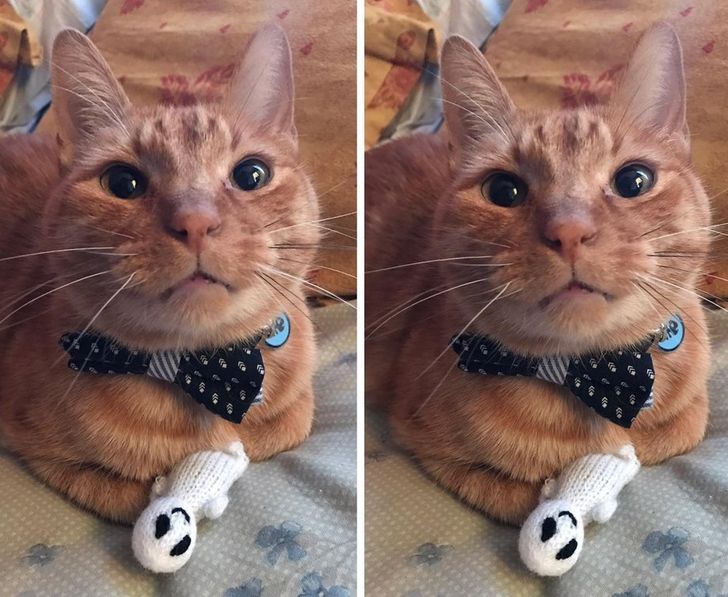 These pictures are so adorable. I absolutely love how much these animals care for their favorite toys. Just goes on to show the love pets have for those who they truly love. Imagine the love they give to their owners. I love animals and we really cannot achieve the level of love that they are on.

Let’s enjoy some more pictures of pets with their toys.

11. He cannot help but stay happy when his favorite blue toy is around. 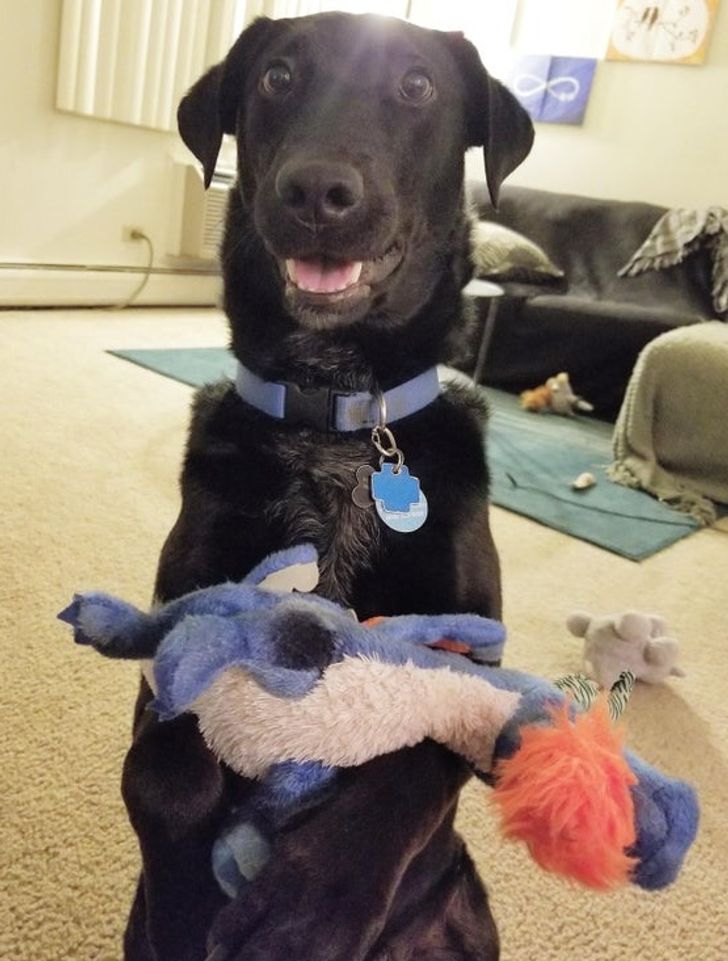 12. This cat treats her stuffed toy like her actual baby. 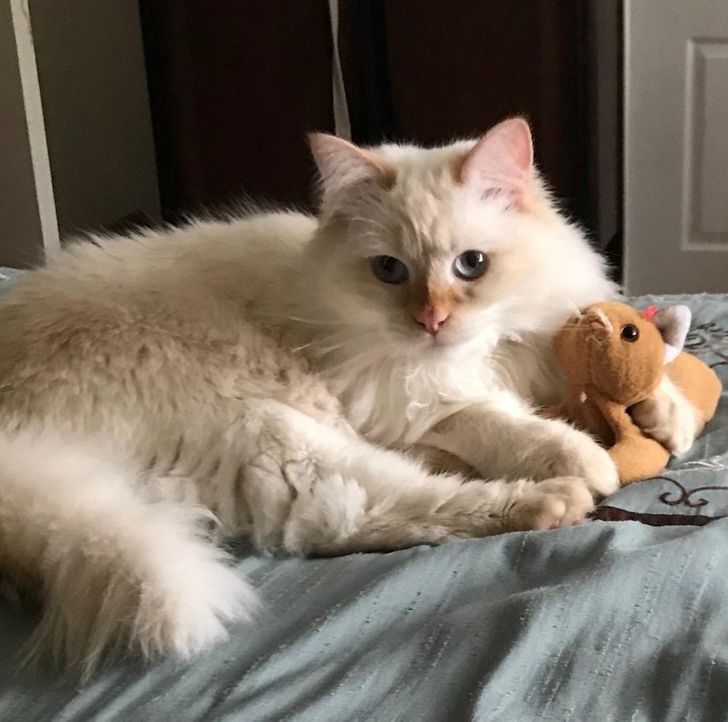 13. From a very young age, Trooper would always sleep snuggled with his favorite toy. 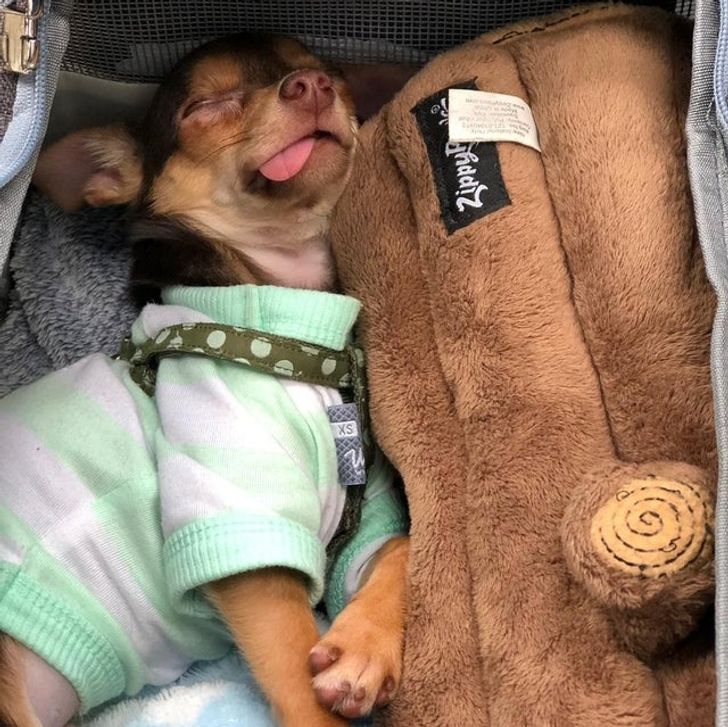 14. Everyone who comes at the door is greeted with a toy by this cutie. They are not allowed to take it, it’s just a cute gesture to welcome them in. Just shows how dear the toys are. 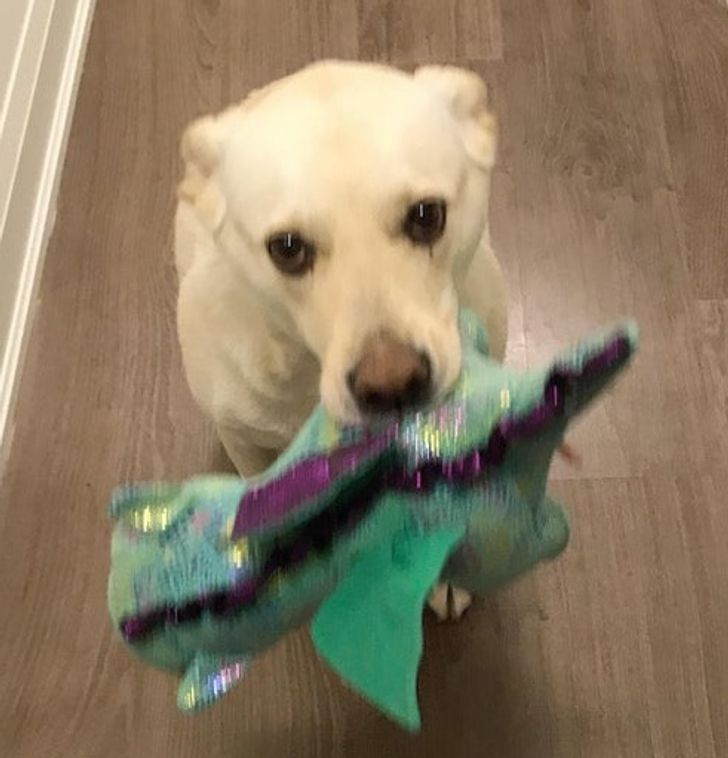 15. From a small pup and a big toy to a big dog and a small toy, the dog grew up and so did his love for his toy. 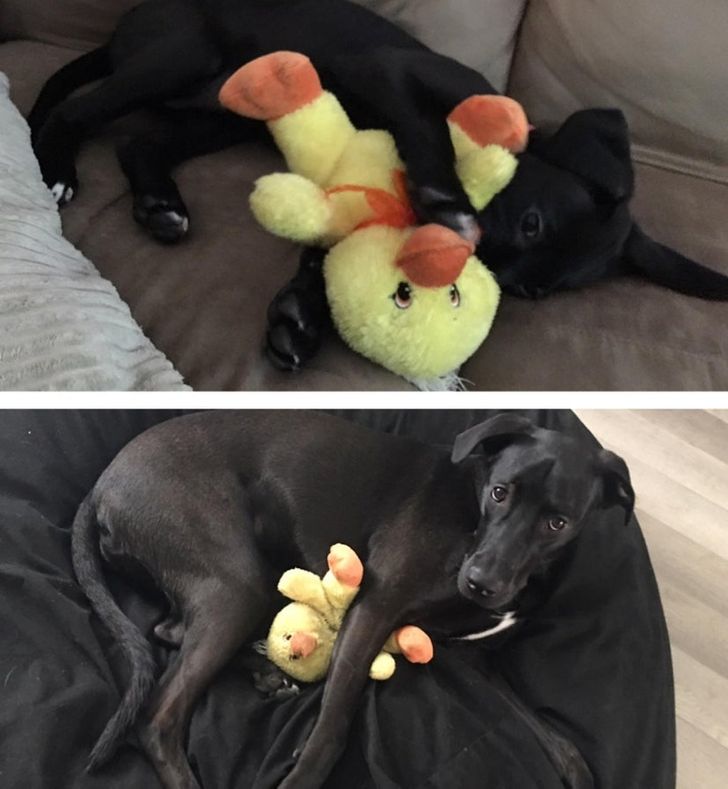 16. The owners stitched toys for their newly adopted cat and she absolutely loved them. 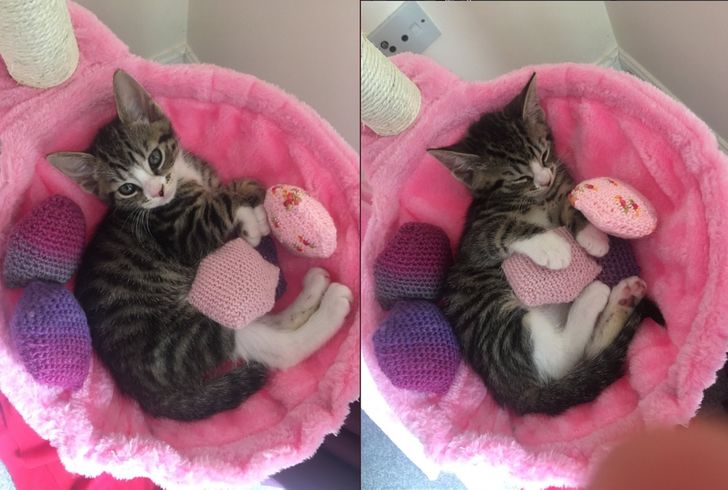 17. After an exhaustive day of playing in the yard, Remi finally went to sleep, but never without his toy. 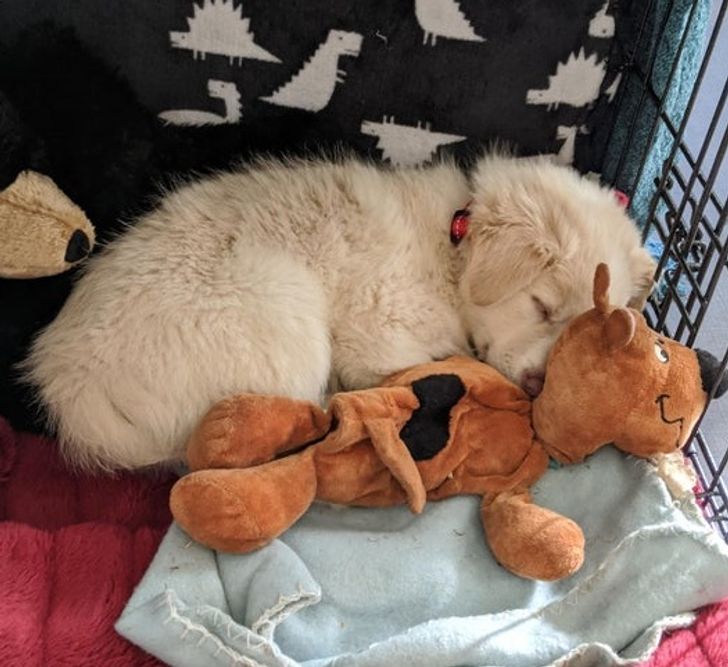 18. Mabel just got a new toy and she wants to show it to everyone and how much she loves it. 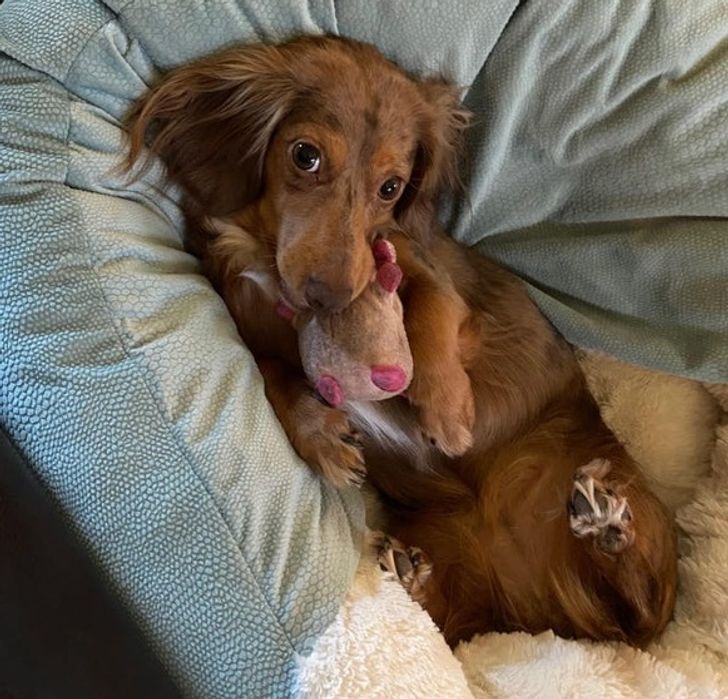 19. She got a toy pig a few days ago and hasn’t left his side since then. 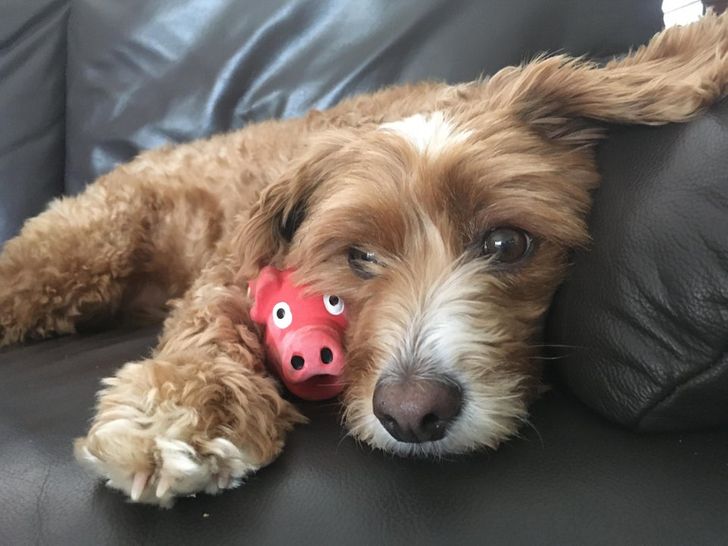 20. The cats literally stole their owner’s bed today and also brought their favorite stick, that they play with, along. I see no regret. 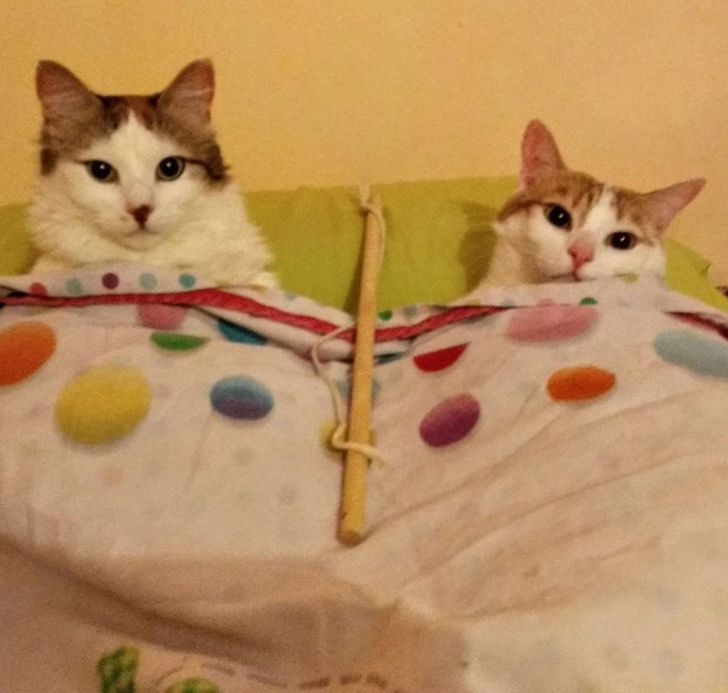 Their faces are screaming “Do what you want”.

I really hope you guys enjoyed this one. Don’t forget to share your thoughts in the comments section down below. Does your pet have a favorite toy that it never abandoned?