Do you think Pitbulls are ferocious dogs? Well, it’s time we change that narrative.

First things first, dogs are a true blessing in disguise. Their presence in our world makes a huge amount of difference. We learned a lot about loyalty, love, friendship and caring from them. Our cute puppies will love us unconditionally and do not expect anything in return. They will protect us with their lives. When we are depressed, they will cheer for us. There are countless reasons for us to fall in love with them. However, today’s article is going to be very interesting for you. When you hear that someone has a Pitbull, you immediately think that the puppy is a ferocious dog because we like stereotypes, right?

Regardless of the breed, dogs are very charming and cute animals. Some of them may seem cruel and ruthless, but deep down in their hearts, they are nothing but good doggos, and today’s story is one of those “good doggos” who have done one of the kindest acts that we can’t even imagine. On the other hand, there’s another narrative that this story will change. When it comes to cats and dogs, they are portrayed as rivals, right? That perception is wrong. It’s not like that anymore and this story will change your opinion. In any case, without further ado, let us continue with the story we brought to you today.

This heartwarming story is about Hades, who happens to be one of the sweetest Pitbulls ever! 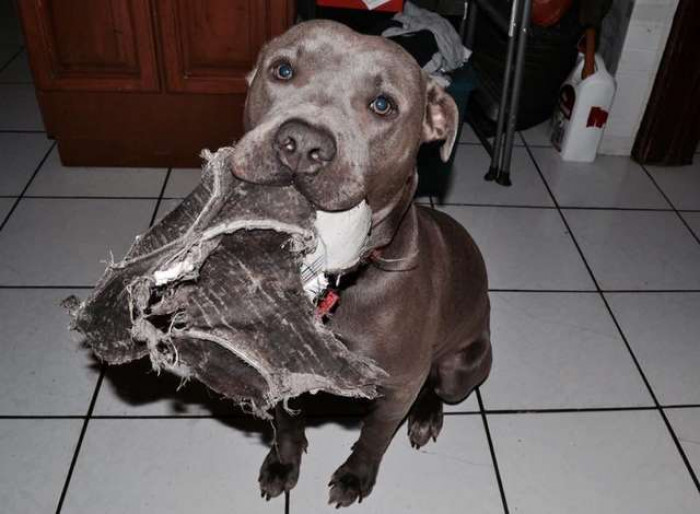 Hades lives in Mexico with his owner Juan José P. Flores, and people often misjudge Hades because of his appearance. Anyway, Flores told us that a stray cat used to visit his neighbourhood and he would leave food for the cat to make sure she was not hungry. However, after several tries, Flores was still unable to approach the cat because the cat would just end up running away (had trust issues). Meanwhile, Hades has been watching and observing his master being so kind to the cat, and what he did next is incredible! 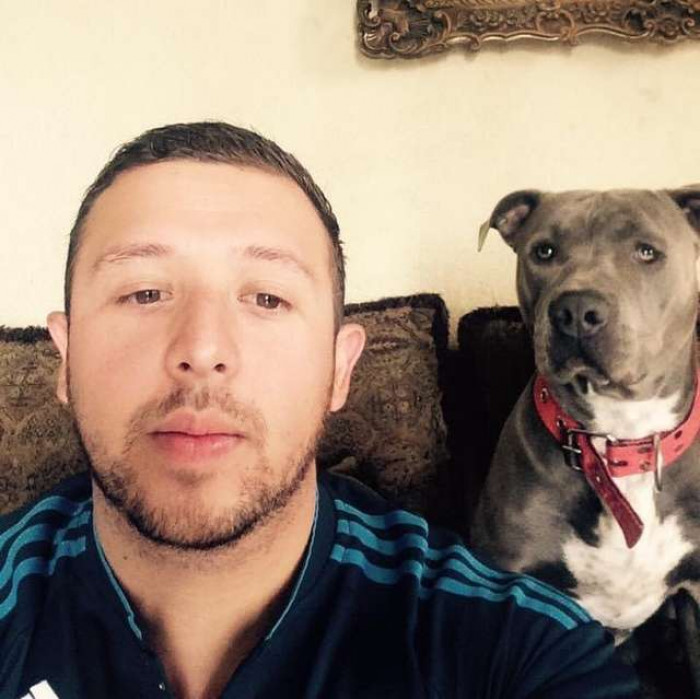 One fine afternoon, Flores was relaxing at home and heard the knock on the back door where Hades used to play. At first, Flores thought it must be a person, but he did not expect it to be Hades at the door. So, Hades had to share something with his owner and signalled Flores to follow him to his kennel. “He was desperate and making a lot of noise,” Flores told.

To his surprise, Hades invited a guest into his doghouse and wanted Flores to see it! 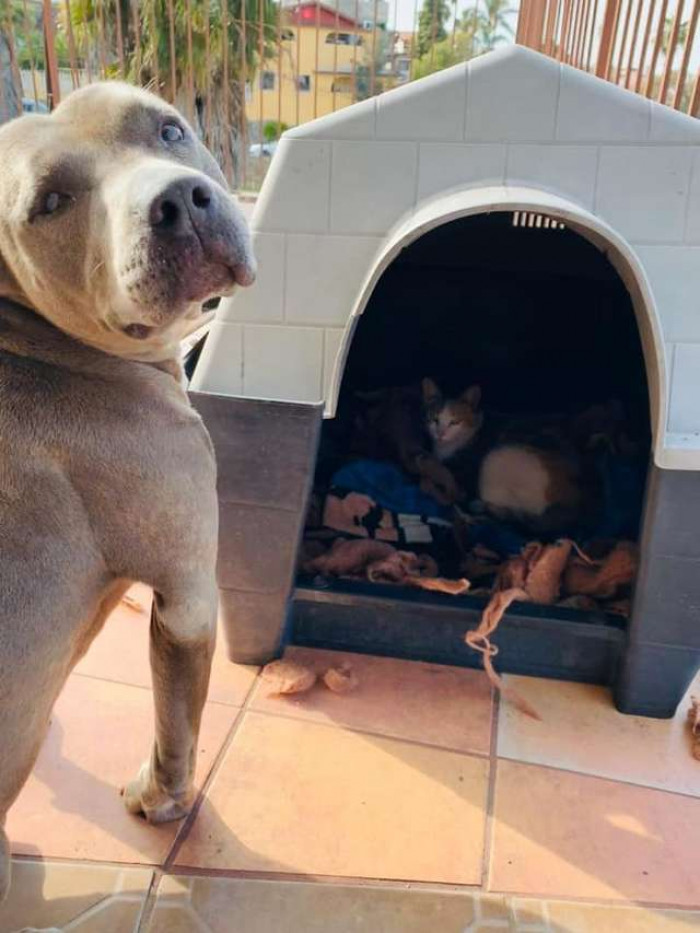 And the guest was none other than the stray cat who Flores used to feed and tried to approach! The stray cat was pregnant and was ready to give birth. Therefore, Hades decided to give provide shelter to the cat as the cat had no other place to go and was roaming around the streets helplessly. After seeing this kind of behaviour, Flores decided to make sure that the little guest feels comfortable and gets what she needs.

After a few days, the pregnant cat gave birth to adorable little kittens and as Flores narrates: “He dragged a blanket over to the entrance of his house and settled outside the door, she felt protected by him.” 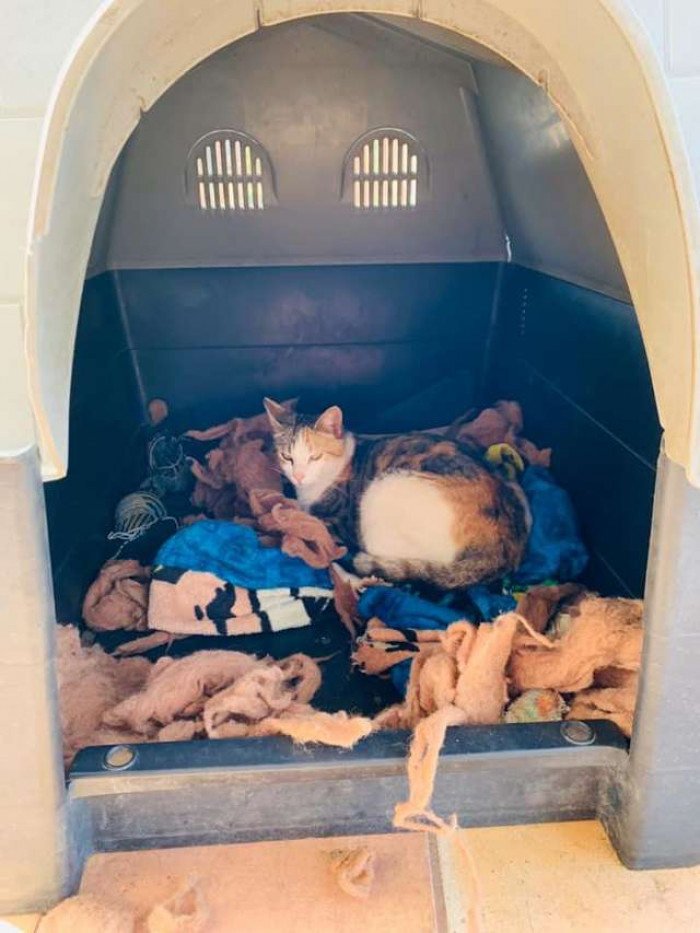 “I think he felt that he was a father,” Flores said. Would you have ever thought a Pitbull being this kind and that too, to a cat!?

Juan decided to name the kitten “Nicol”, and Nicol eventually gave birth to two beautiful kittens. To ensure their safety, Juan decided to move his mother and her children back in his house with Hades. It was pretty obvious that the special bond between Nicol and Hades will last a lifetime. 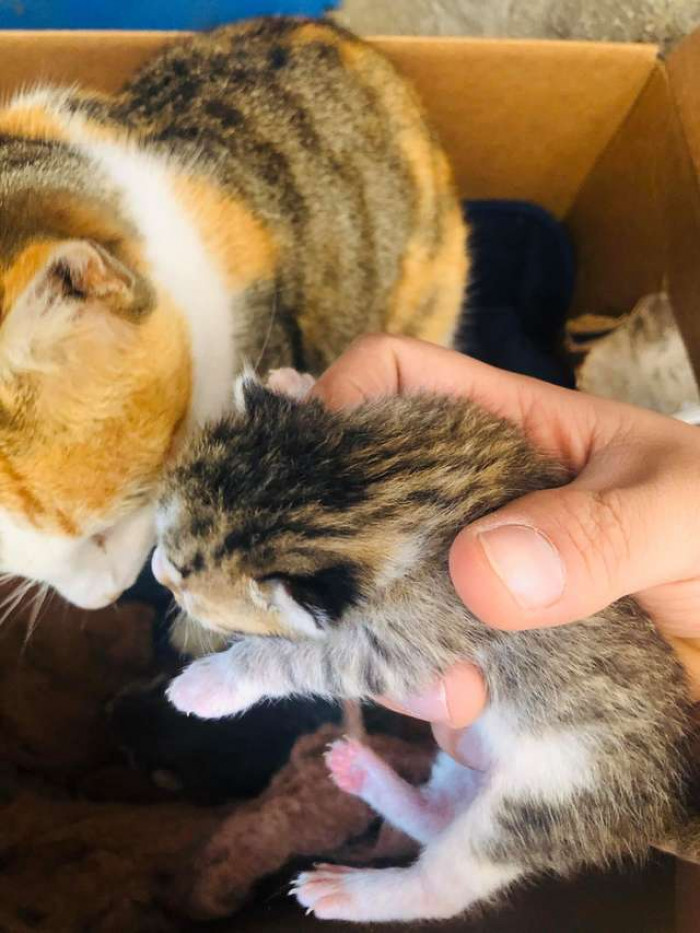 Since Nicol had some “mommy duties” to fulfil, once she would get free, both of the adorable duos would spend quality time together.

Surprisingly, even Hades doesn’t mind taking care of kittens. Juan began to suspect that Hades thought he was Kitty’s father. Although Flores plans to find a permanent home for the kittens, however, he is sure that he will never try to separate his soul mate Nico.

“Pit bulls are good dogs,” Flores said. “Hades put everything aside to help someone else. We should do the same without expecting anything in return.” 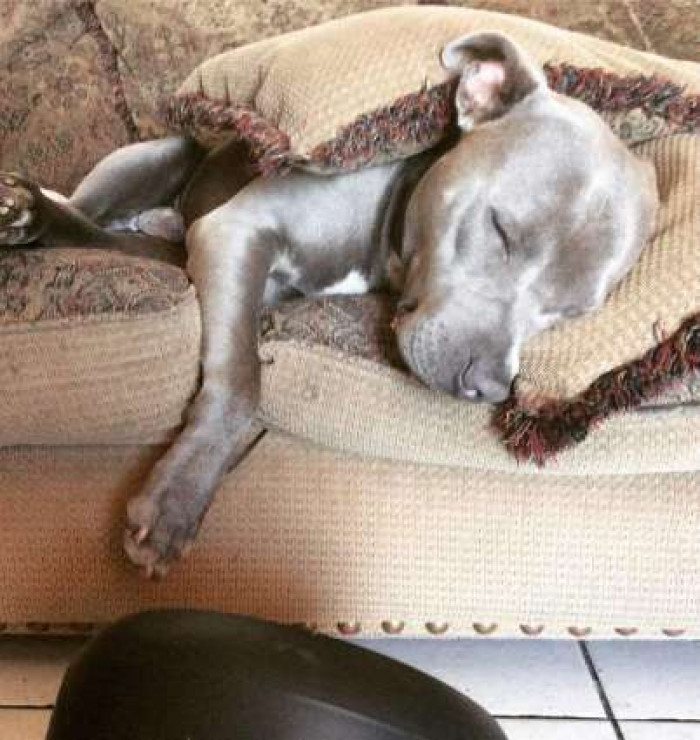 Now that we have come to the end of the post, we hope that your views on Pitbulls will change, because no matter how they appear, the important thing is their beautiful heart! Tell us your thoughts on this story in the comment section below, and don’t forget to share it with your family and friends.