As long as you find them, movie secrets are the best thing ever.

Pixar movies are a feat on their own, they have set a really high standard that is pretty much impossible to beat. There are hundreds and thousands of die-hard fans of the marvelous creation of the infamous Pixar Studio. Some people who are in their late 20s or even 30s still watch these amazing movies like kids, absorbing every scene and reaction with full on emotional blast.

Jon Negroni, a movie critic decided to do all the hard work for us and developed a theory that suggests all the movies have a link between them He ended up writing a whole ass book mentioning all the links and theories in data, like a holy book.

Today we are going to look at some of those connections and see if we can make some sense out of them or not.

Here it goes, we all know that the reason why all animals and objects in the Pixar world speak is due to the sorcery of a witch in the movie “Brave”.

This is basically how the whole thing began with that witches’ spell.

All objects and animals began to replicate human behavior and evolved like them as well, becoming smarter and smarter over the course of movies.

The animal smartness goes to a point that they begin to take the jobs of humans, as can be seen in the movie Ratatouille where the head chef is a rat, an animal.

The process of evolution never stops as the animals begin to form a smart population of themselves, a population that is extremely intellegent.

With the animals taking over humans in terms of smartness, the question how who leads who began to rise, and that is exactly what gave birth to a survival of the fittest between animals, humans, and artificial intelligence as objects were smart as well.

Charles Muntz noticed this smart animal behavior so in the movie Up, you can see him wearing a collar, innovated by him, that can help him understand animal thoughts and behavior.

All for that competitive edge. 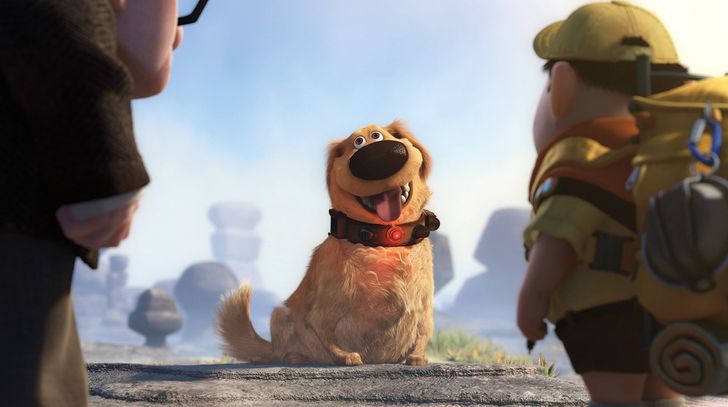 And perhaps that industrial revolution is exactly what made Carl from the movie Up lose his home. 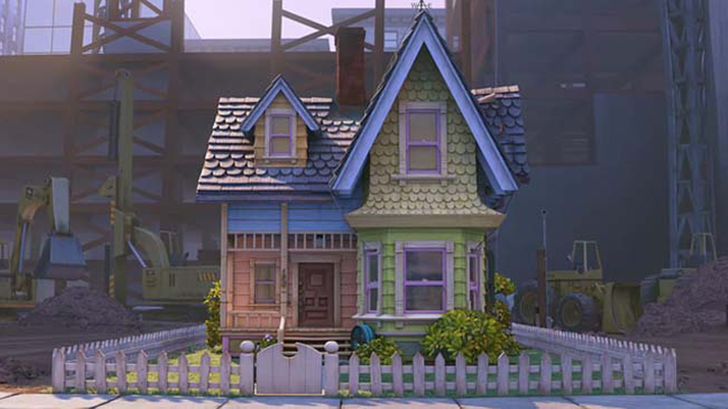 We can see artificial intelligence growing more and more and many examples of it can be seen in many movies.

Like here, in this scene from the movie Toy Story you can see Buzz is powered by batteries manufactured by none other than BNL.

The plan is clear, the AI wants to take over and rule the Earth. 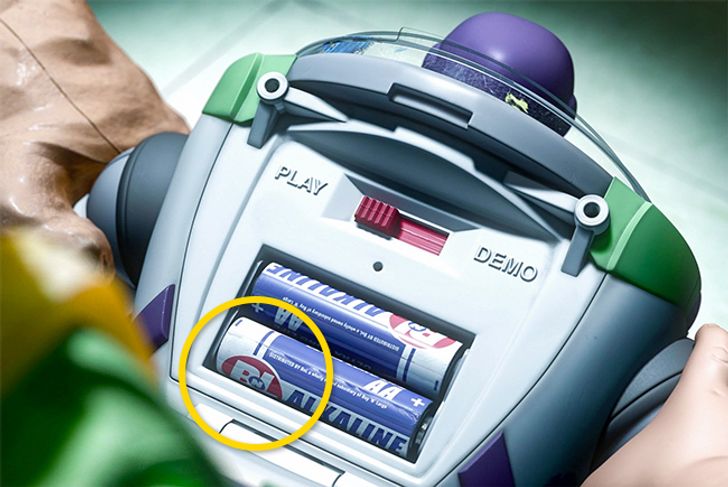 Finding Nemo is a perfect example of the human-animal war when we see a group of intelligent fish coming together to save a little fish from the humans who kidnapped it, that little fish was Nemo.

Just a side fact but this Pizza Planet truck, with a record on its head, was seen in the movies Finding Nemo, A Bug’s Life, Cars, and Monsters, Inc. 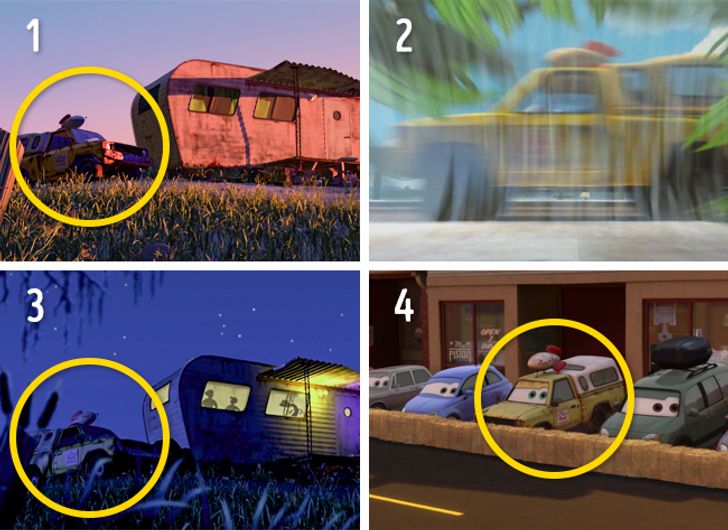 Just another fact that confirms that all these movies are interlinked.

It can be seen in the movie WALL-E that AI finally wins dominance over humans as humans leave Earth and move to Axiom. 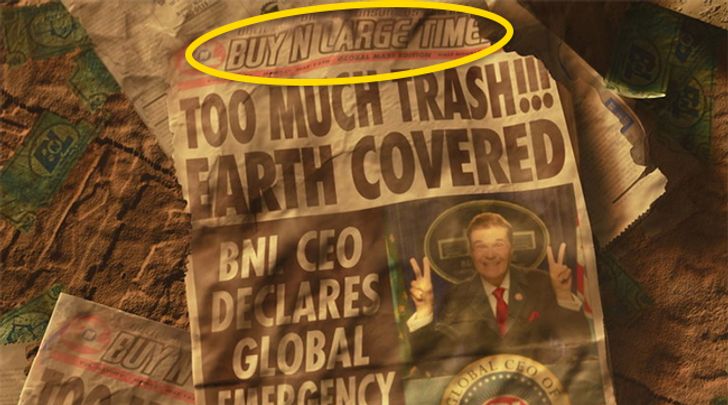 As humans left, only the intelligent cars were left on Earth who could control themselves and had all sense of everything. This is the movie “Cars”.

That is exactly why you don’t see any humans in the movie cars because they’ve all left. 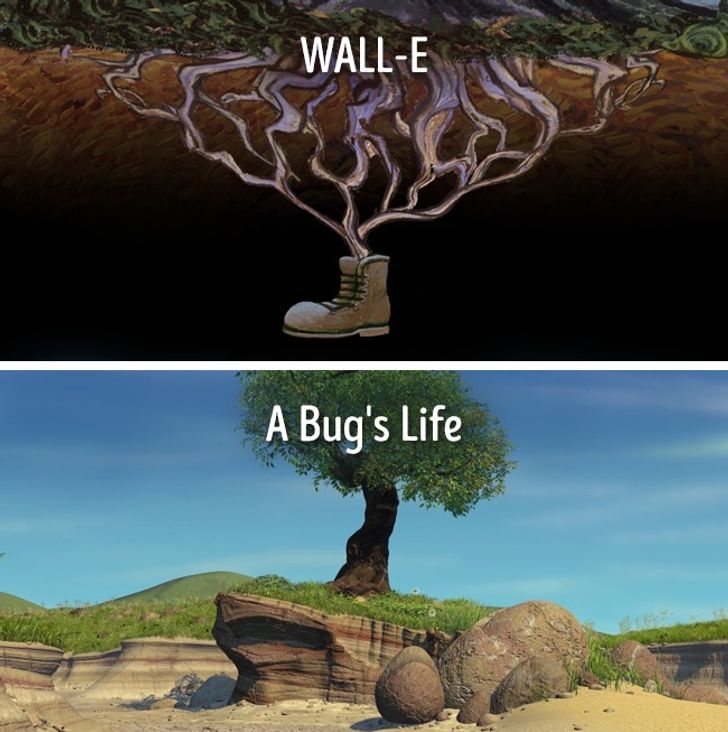 The planet that we can see growing in WALL-E can be seen as a fully grown Tree in the movie A Bug’s Life, symbolizing the revival of hope.

There are very few people on Earth and with time intelligent bugs begin to develop as can be seen in the movie.

A roach can be seen telling us in the movie WALL-E that bugs managed to survive the pollution era on Earth and slowly developed into an intelligent civilization in the movie A Bug’s Life.

This is around the time when species from far far away, the Monster, Inc, decided to travel back in time from the future and meet people.

Bugs, machines, and humans finally decided to live in harmony until the monsters came. According to the theorist, the monsters are mutated animals and the mutation was caused by the pollutants on Earth. And monsters just took over everything.

Although the Monster University was made in 1313, it is believed that they reset time and began a new calendar of their own hence the events of that movie happened in the future.

Fun fact: The trailer for the movie Monsters, Inc can be spotted in the movie A Bug’s Life. 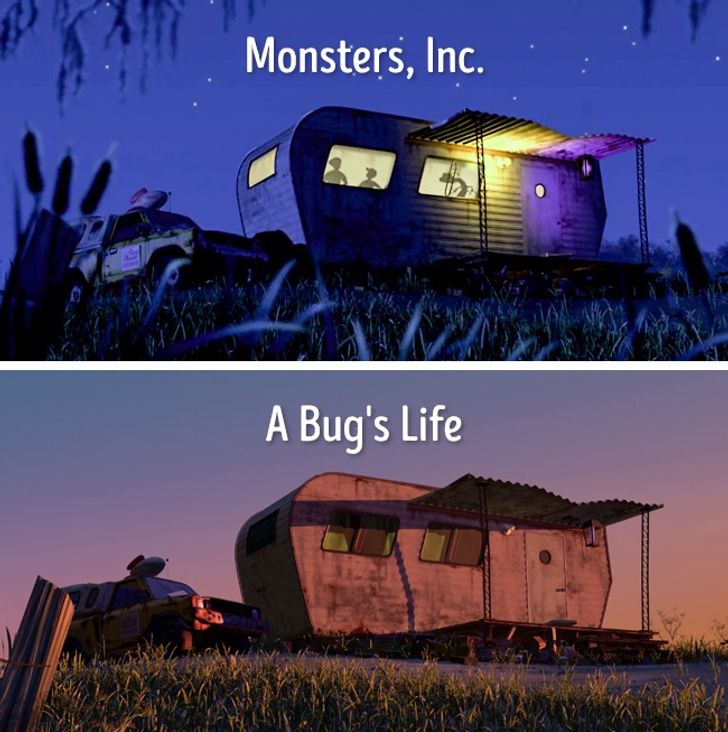 And things go full circle when Boo becomes a witch in their search for Sully, goes back in time in the search, and kickstart the Pixar universe with that enchantment. 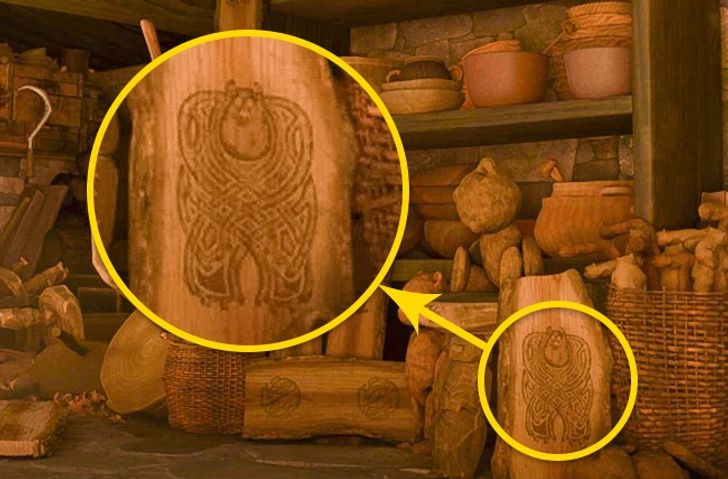 You can see the carvings of Sully in the wood which confirms that it is the same witch.

Her love for Boo made her start a whole new Universe, the old witch in the movie Brave is indeed Boo.

See that pizza truck on the table? Ring any bells? 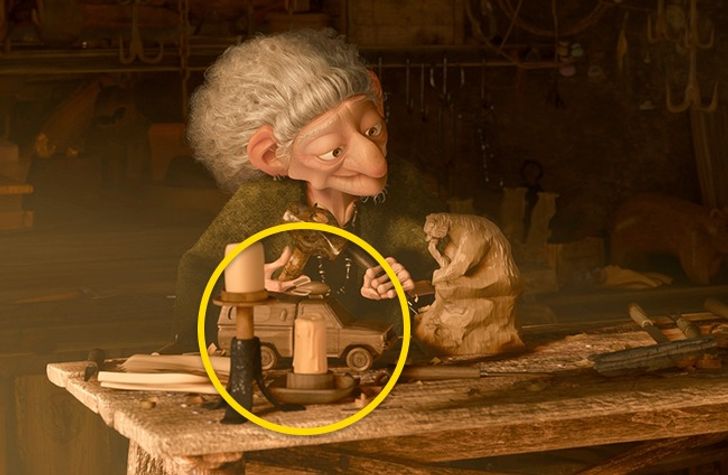 Oh my goodness, I am a proper sucker for such theories. Great job by Jon. I mean, yeah it could be all wrong, after all, it is a theory but all the links do make sense, and on every turn, I got full-on goosebumps.