You might have heard about Labrador Retrievers and Poodles, two famous dogs breed, but have you heard about a Labradoodle?

Well, they are cross-breed dogs coming from these two famous breeds – how cool is that? A Labradoodle is the perfect pet to have if you have kids at home as they make the best family dog. They are very intelligent and make the ideal pet if trained properly. Moreover, they are known for their calm temperament, super friendly nature, and like to treat everyone as their best friends – how cute! These sociable and affectionate furballs mostly need some training to help them manage their abrasive enthusiasm for life. Socializing from the start will help the Labradoodle puppy in learning to behave well with other dogs or even people.

This article features a story by Karen Manthey who owns a Labradoodle named Sandy who has been with the family since he was a puppy. Moreover, this sweet dog is so caring and protective as he always makes sure that his family is safe and sound. Karen also tells us how Sandy wants to get involved in everything the family does. As he is a friendly dog, he likes to fit in and get along always. He gets super sad if any one of the family members is not present around him. Whenever the family goes on camping trips, Sandy keeps running from one place to the other constantly checking up on everyone present at different locations. He doesn’t get tired from making sure everyone’s alright.

How it all started… 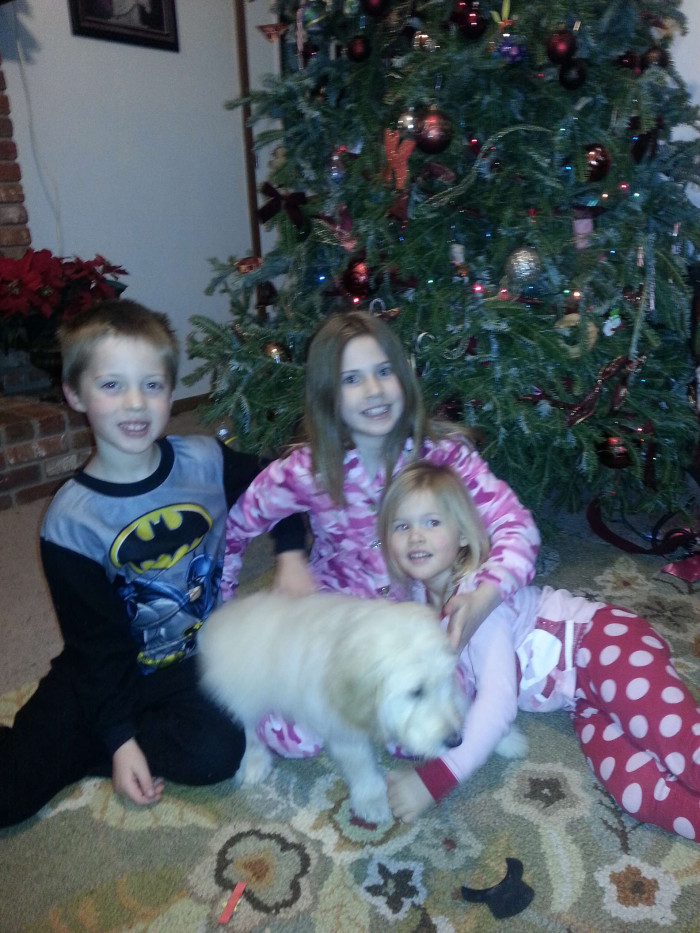 Sandy is very attached to the kids and is often seen following them no matter where they go. This dog is so intelligent that he knows kids need protection as they cannot fight for themselves so he takes the responsibility to be with them wherever they go. His favorite thing to do is follow them to school while quietly sneaking out of the house without anyone knowing.

He always gets caught sneaking out and following the kids but they see him and send him back home but that does not stop him from repeating the same thing over again!

DO NOT FALL FOR THAT INNOCENT FACE! 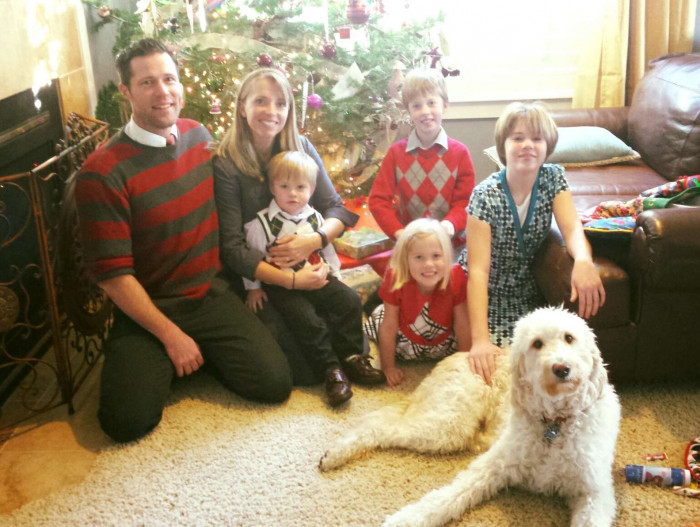 He loves to play around and is very naughty but he makes such a face that no one can guess that he ever did something mischievous. He knows how to fool people with that cute face!

Then one fine day, Sandy was finally successful in sneaking out of the house and made it to the kid’s school. He achieved what he had been planning for so long and nobody even noticed – how clever!

Everybody was quite entertained by the presence of the silly canine who followed the kids to their school. However, he was immediately kept in the principal’s office where he waited for his mom to arrive and pick him up. Unfortunately, the school couldn’t reach out to his mom so the school allowed one of her kids to walk the dog back home. The mom got so confused as to where he was and why is her daughter walking him at this hour. When she inquired about it, she goes to know the whole story about how Sandy had followed kids to school and they tried to call her so she could pick him up but to no avail, so then they had to allow one of the kids to take him back home. Sandy and the kid, both seemed quite excited about the whole scenario.

“I didn’t realize he was missing until my daughter showed up at home with Sandy,” Manthey said. “The school had tried calling me, but my phone was turned off, my neighbour, who was at the school, snapped the infamous picture of him to ask if he was mine. Because we live so close, the school allowed my daughter to run him home. They were both thrilled with the adventure.” 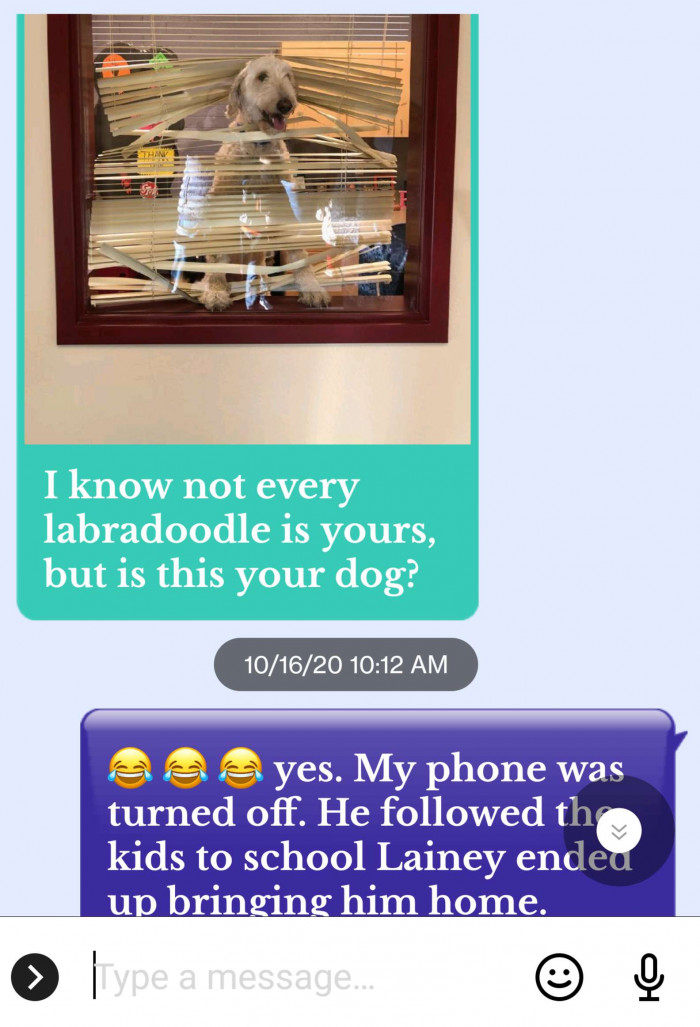 Look at Sandy, just so amused and delighted. In fact, he didn’t seem to regret any one bit of the whole scene rather, he was overjoyed! So much so, that Karen thinks he might try harder to get away again, next time! She felt so guilty about the havoc created by the dog and even went to the principal’s office to apologize but no one seemed to be offended rather they all were quite amused and were laughing a lot. She even offered to pay for the blinds that Sandy destroyed while looking from the window but they were already replaced. The ladies in the office rather asked her to email the dog’s picture to them as they found it to be quite hilarious!

So, here we end our article and hope that you must have enjoyed this story. It surely would’ve made you laugh out loud and by now you must be totally in love with Sandy, isn’t it? and why not? He’s super loveable and beautiful! Moreover, he has such a warm heart and loves his family more than anything. I mean, who wouldn’t want to have such an amazing dog as part of the family? No matter what he does, his intention is always pure and he wants the best for everyone! Do share your opinions in the comments below and if you have a pet like Sandy, we would love to hear about his stories for you all!

Hey, wait! We have some of the bonus pictures of a Goldendoodle for you to enjoy because we thought it would be a good idea just in case if you are planning to opt for a pup, you can always have a Goldendoodle. We can assure you, it will be one of the cutest pupper ever and will make your lives 100000000 times better! Last but not the least, try to adopt one because we have always encouraged our readers to adopt rather than shop!

This has got to be one of the fluffiest pupper ever!

They are definitely one of the most cutest breeds!