While getting pregnant might be easy for some people, actually dealing with the pregnancy requires a lot of work. After all, a full human is growing up inside your body and you have to eat extra food so that they remain healthy and happy while in your womb. And while this can cause a lot of ‘side-effects’ like morning sickness, overall nausea, and stomach problems, there are also a lot of cravings to deal with.

Now, I may not know a lot about pregnancy but I do know a whole heck about food. And all I can say is that when you get a craving, it is almost impossible to focus on anything but the craving until you fulfill it. I know this sounds dramatic but this is true in my experience. After all, there is an emotion called hangry. However, this does not allow you to act like an a** to everyone you meet. I know pregnancy can cause a lot of hormones to go into overdrive but this shouldn’t be an excuse for awful behavior.

And that is what today’s story is all about. You can see for yourself by scrolling below.

It honestly feels like the husband is tired of trying to explain this to her and is just going along with her. 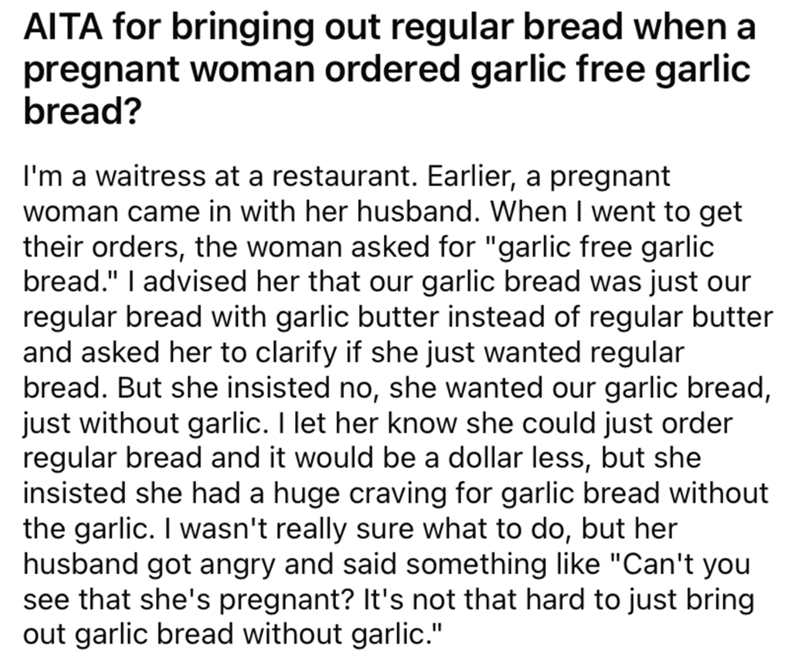 I don’t understand what he thinks she should get. How was the waitress being condescending? 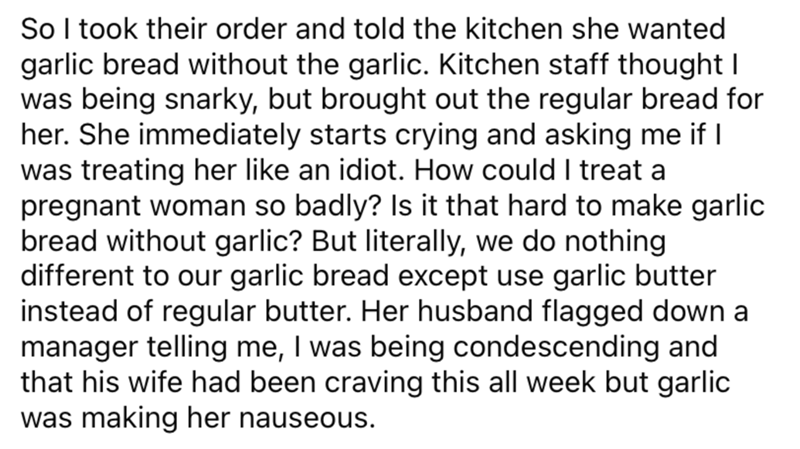 I in no way think that the waitress did anything wrong and the pregnant woman was just an idiot. 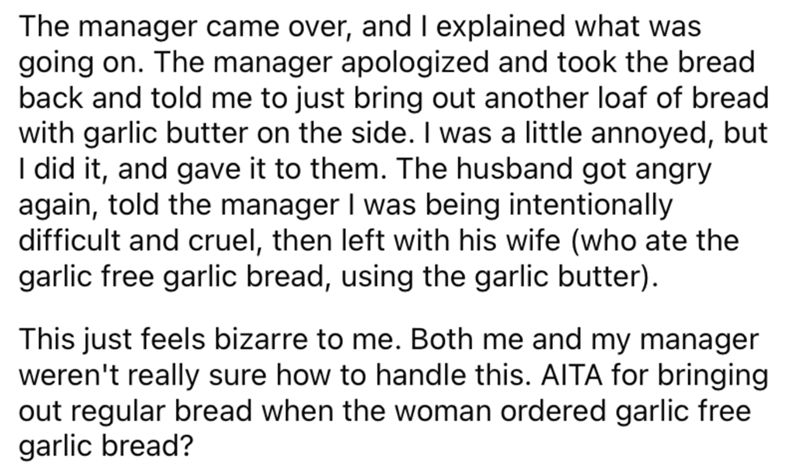 She also went on to explain everything about the bread and what was actually the difference. 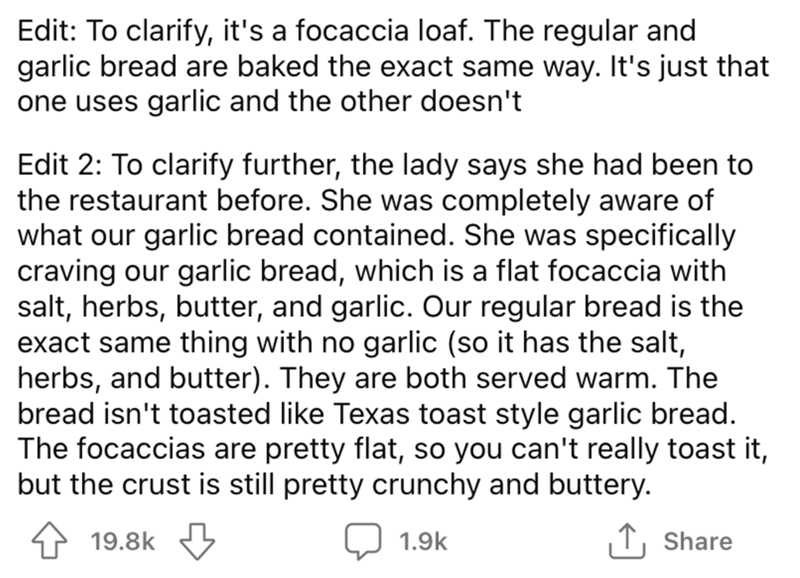 I have read this story twice and I still don’t understand what she wanted. I mean she asked for garlic-free bread so what did she think she would get? A new concoction that wasn’t just bread without garlic? Was her husband just tired of arguing with her and putting this on the waitress or was their first language, not English? I mean I am seriously confused by what she actually wanted. Maybe she was just trying to get a free meal. All I can say for sure is that the waitress did nothing wrong.

People in the comments were also rightly at her side which is not a surprise.

Pregnancy should never be an excuse for anything.

It seems a lot of people do this and I just didn’t realize it before.

I also wish they made 7up without the lime flavor but that is something that does not exist and it would literally be carbonated water.

I have no idea what they even wanted in the first place so it is anyone’s guess.

I am not pregnant but I want garlic bread now as well with cheese.

I’d go with both of these choices.

This is pure chaos in essence.

What else could they do?

Servers have it hard.

What are your thoughts on this story? What do you think the pregnant woman wanted? Is there anything different in a bread that is garlic bread but without garlic? Comment down below and let us know because I am seriously confused by this insanity.