Take a look at these spoiled cats, they are extra cute!

It is a fact that is easily believed and generally accepted by every cat owner that it is not them that owns the cat instead the cat owns them. I have said it once and I will keep saying it to let everyone know that it is cat’s world and we are just their peasants living in there. Having a cat is like living in an adventurous reality tv show. Every day these cats come up with new thrilling stuff to do, thrilling for them might I add and tiring for us because after they are done making a commotion and destroying everything in their way. They doze off expecting us to clean their mess, which we oblige to obediently.

They also come up with an unexpected moment of tenderness and affection or sometimes arrogance, anger and surprisingly act of intelligence too but mostly lazy stuff. All of these beautiful and joyous moments are worth capturing by taking pictures to immortalize that memory forever so you can look back at that moment with delight anytime you want. That is exactly what these cat owners decided to do by capturing their cats doing adorable things. We have gathered the most humorous and enjoyable cat pictures to entertain you. Keep on scrolling down…

1. “The face she makes when she knows she was just caught fishing.” 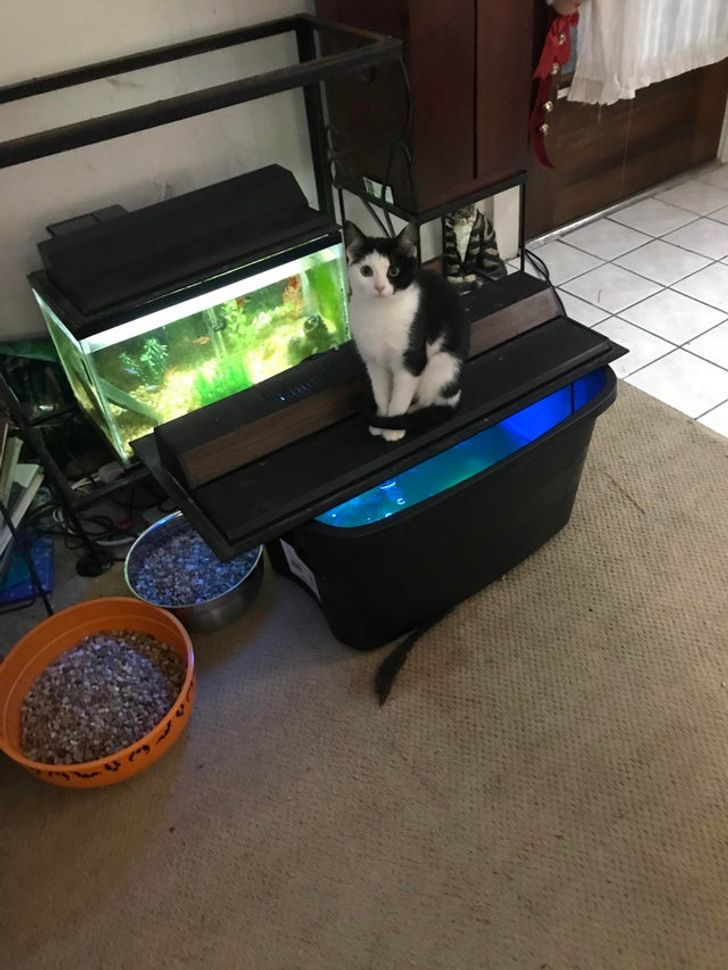 2. “Sleep is so overrated. She could have slept ANYWHERE else in this house but feels like my face at 2:30 AM is the perfect spot.” 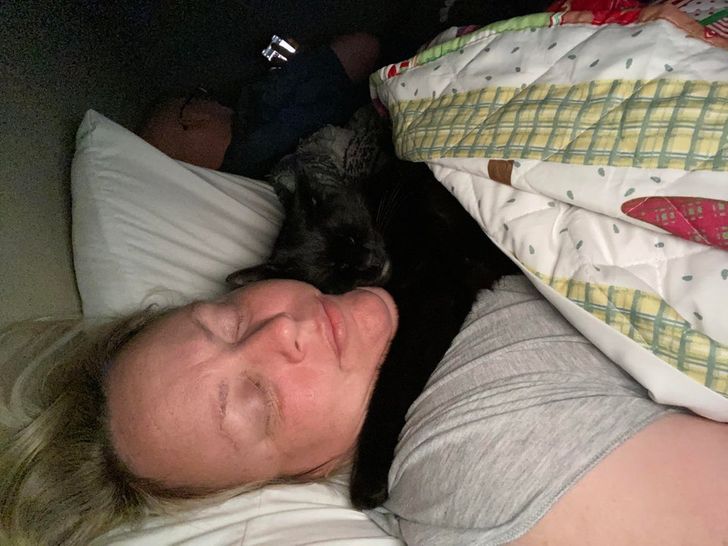 3. “He sleeps on top of the couch on the other side of the wall, and sometimes stares at me while I work in the office. It’s adorably creepy.” 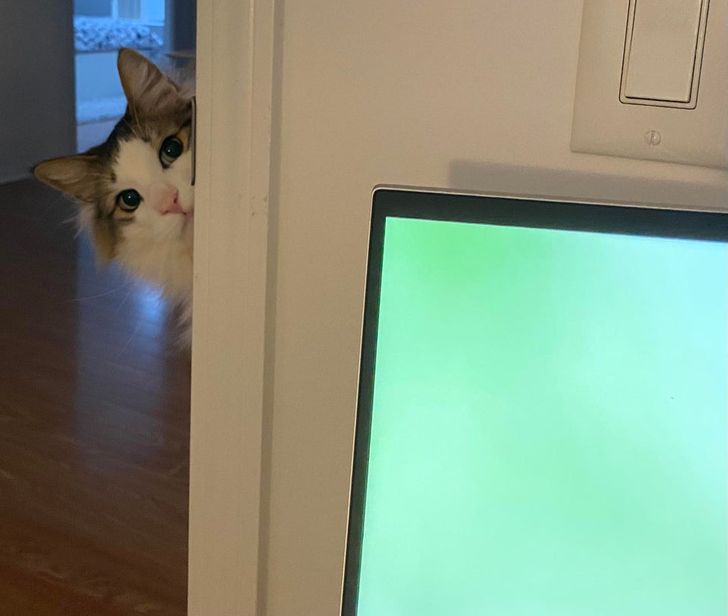 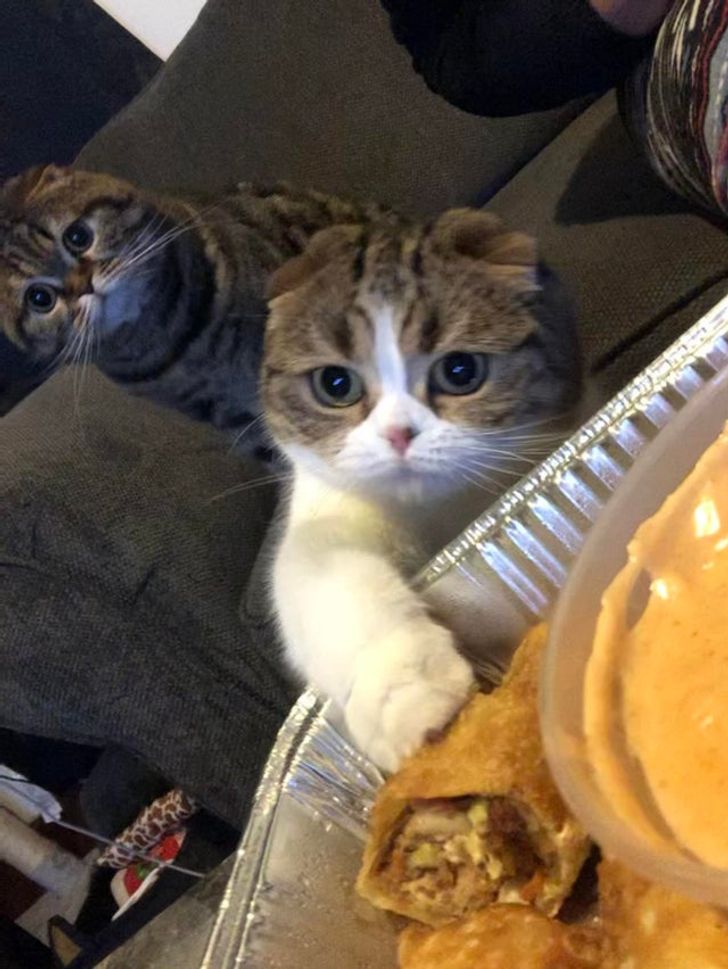 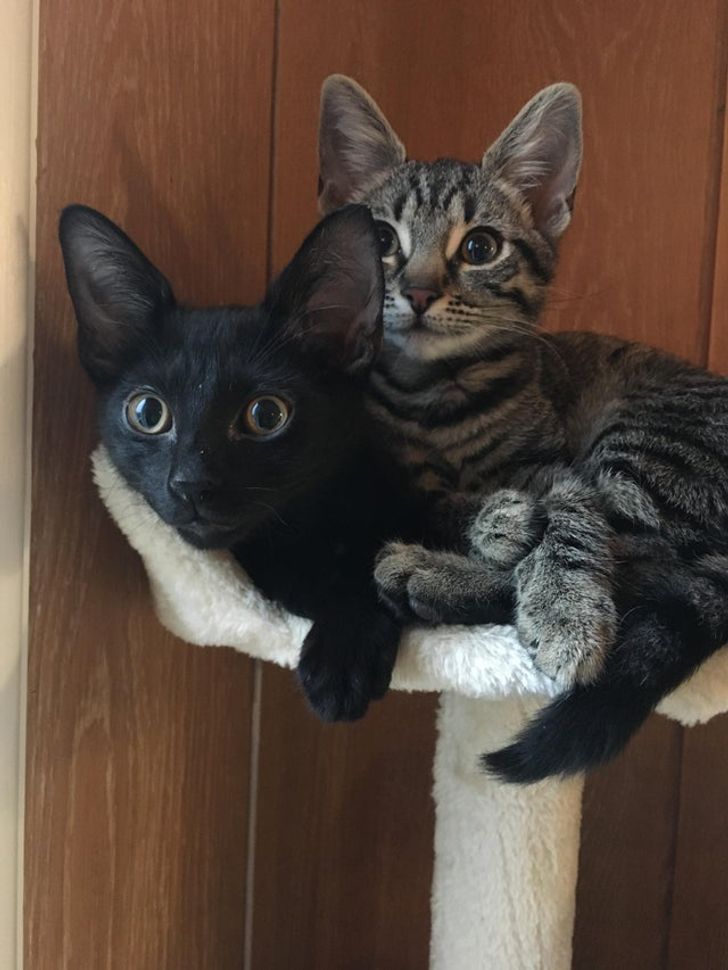 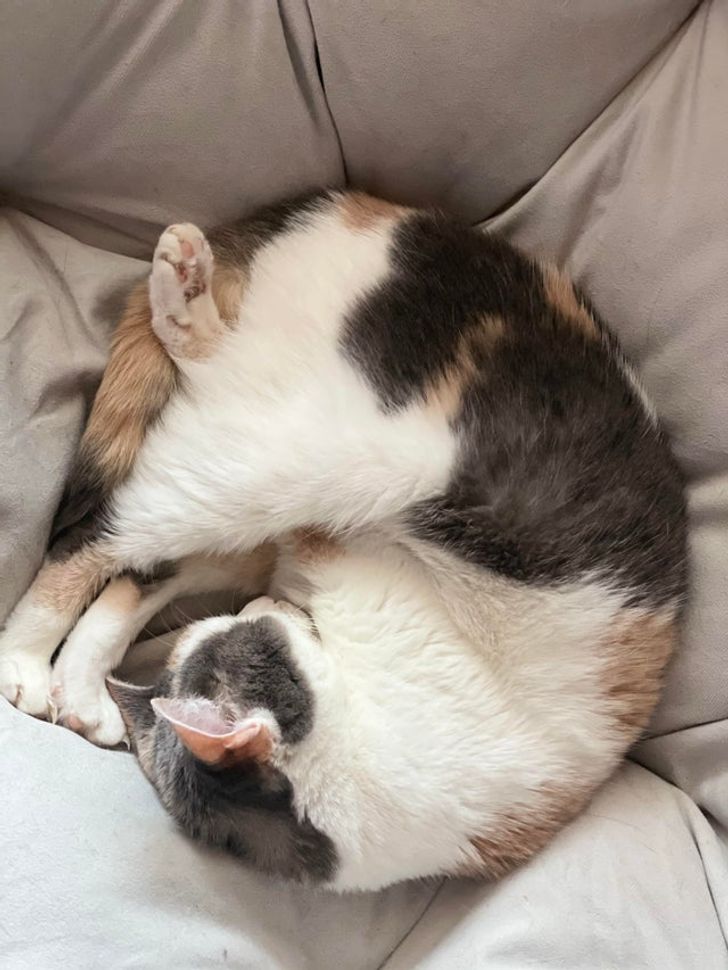 7. “My boy, caught playing with a ball he pretended to hate” 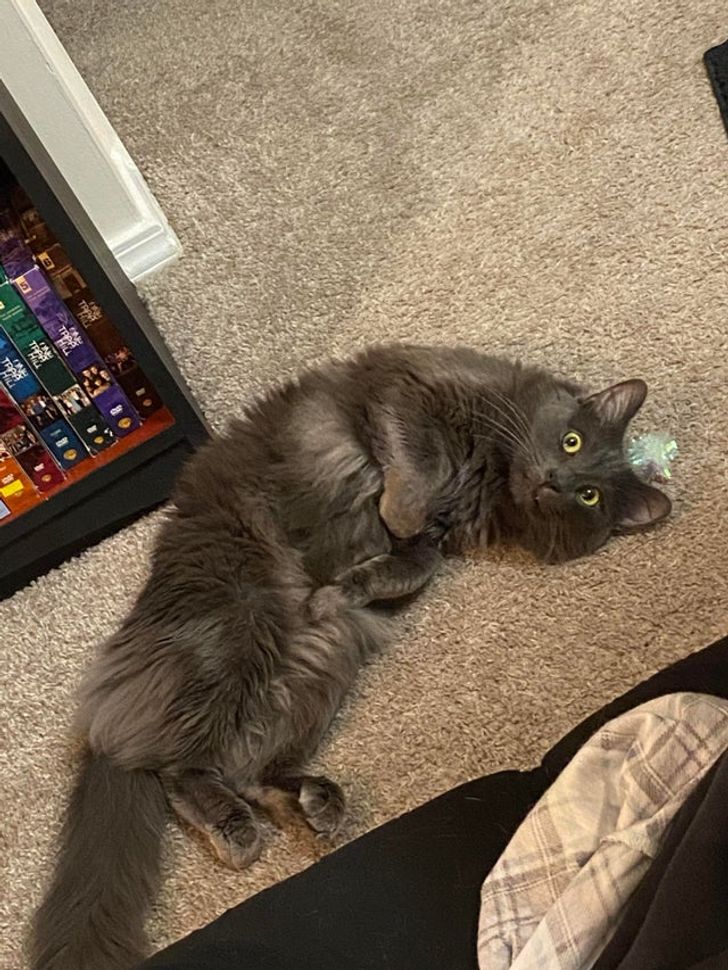 8. “Heard a noise behind me. Looked back to see this.” 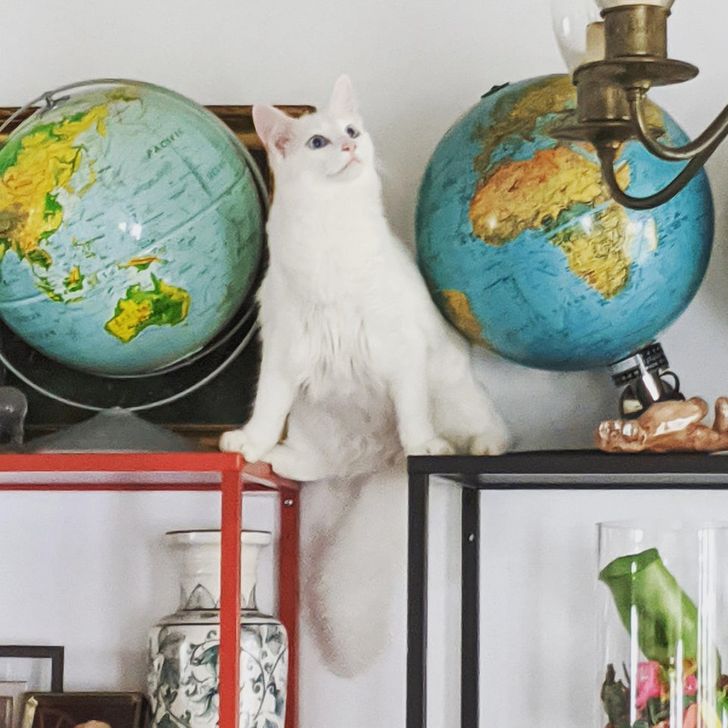 9. “Helping me make a quiche. The secret ingredient, fur.” 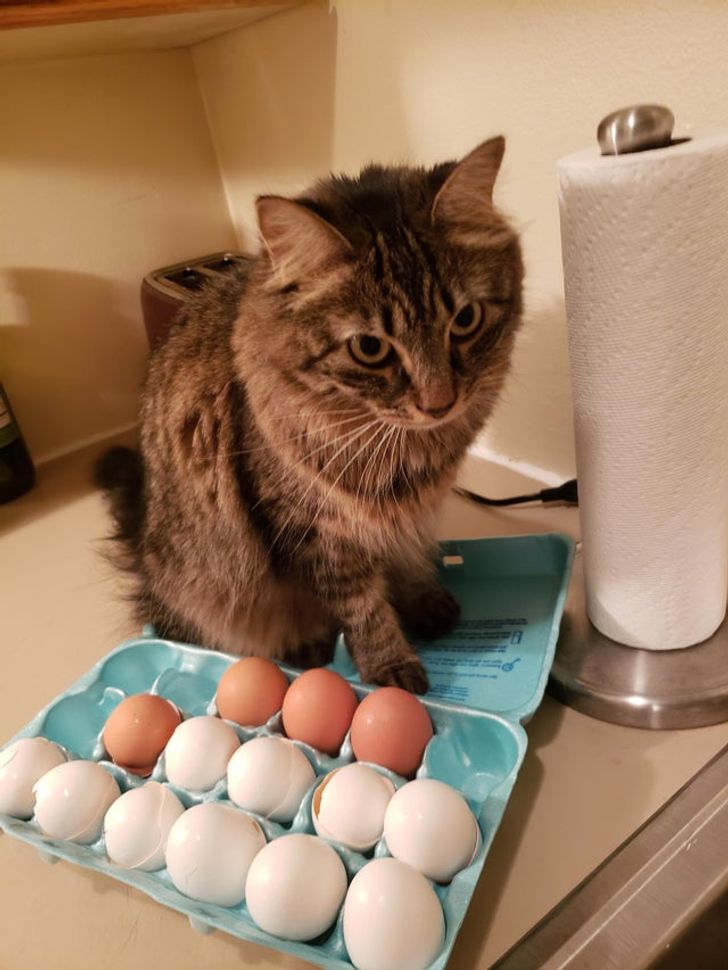 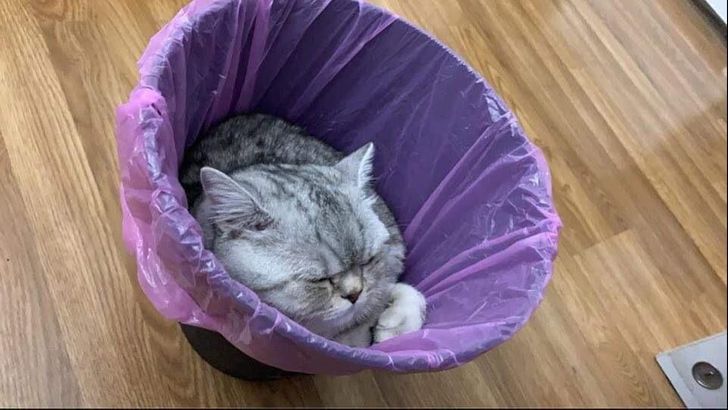 These are such adorable pictures, the cats are so mischievous and arrogant, true to their nature. And I love it. I mean, just look at this cat sleeping in a trash can, gross I know but just take a look at how adorable she is like a furball. Secondly, that cat caught playing with the ball he pretended to hate, how intelligent these cats are, it is totally mindblowing. This is what I love about cats, they act like spoiled kids and still manage to win our hearts. Keep on scrolling down to see more of these cute cats… 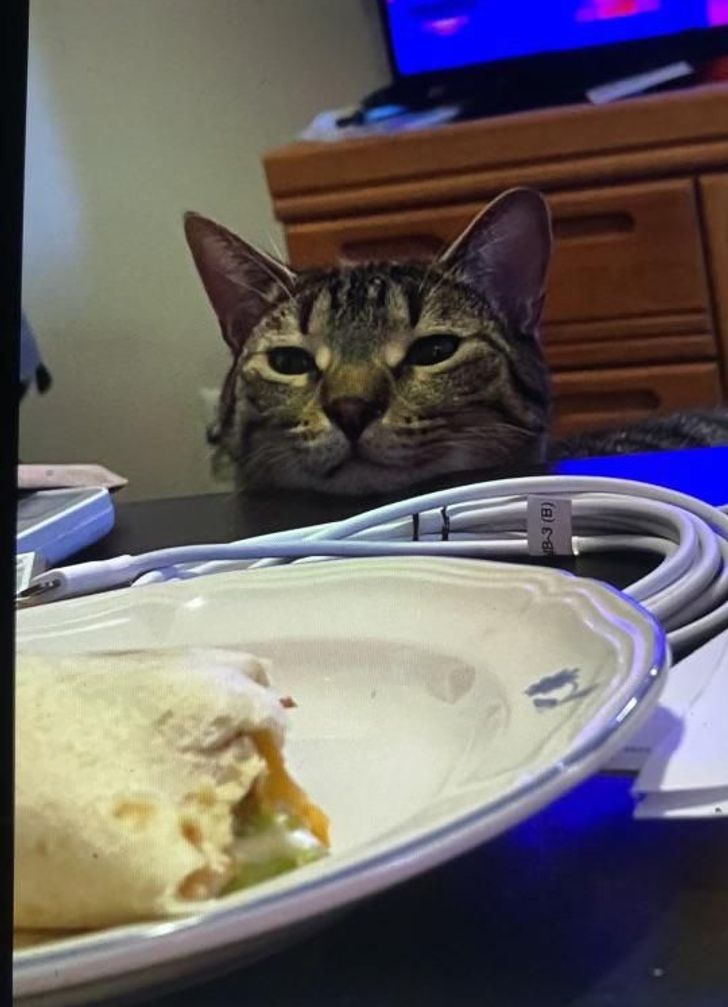 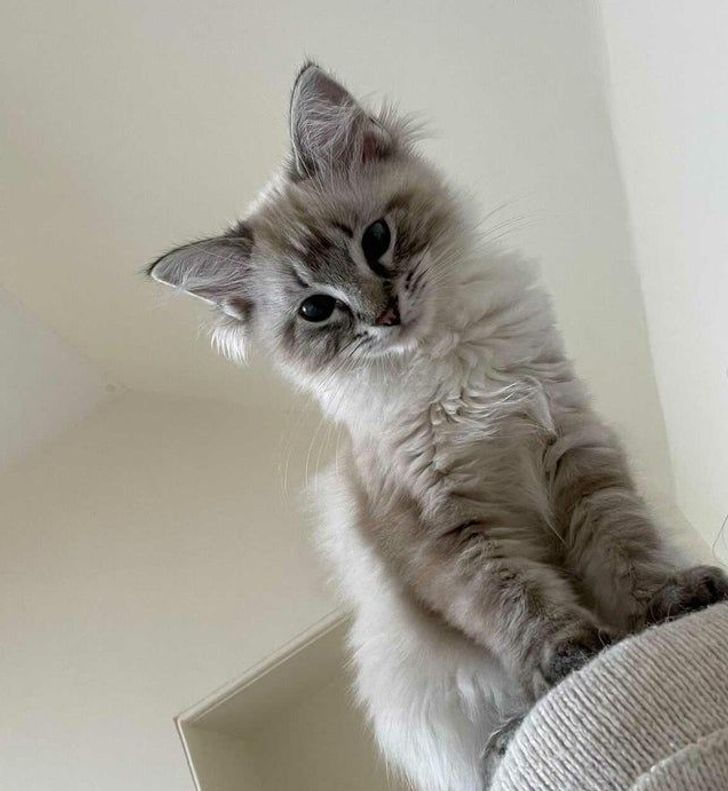 13. “Adopting *2* kittens instead of just one was one of my best decisions ever: Schmoobert and Schmoolina” 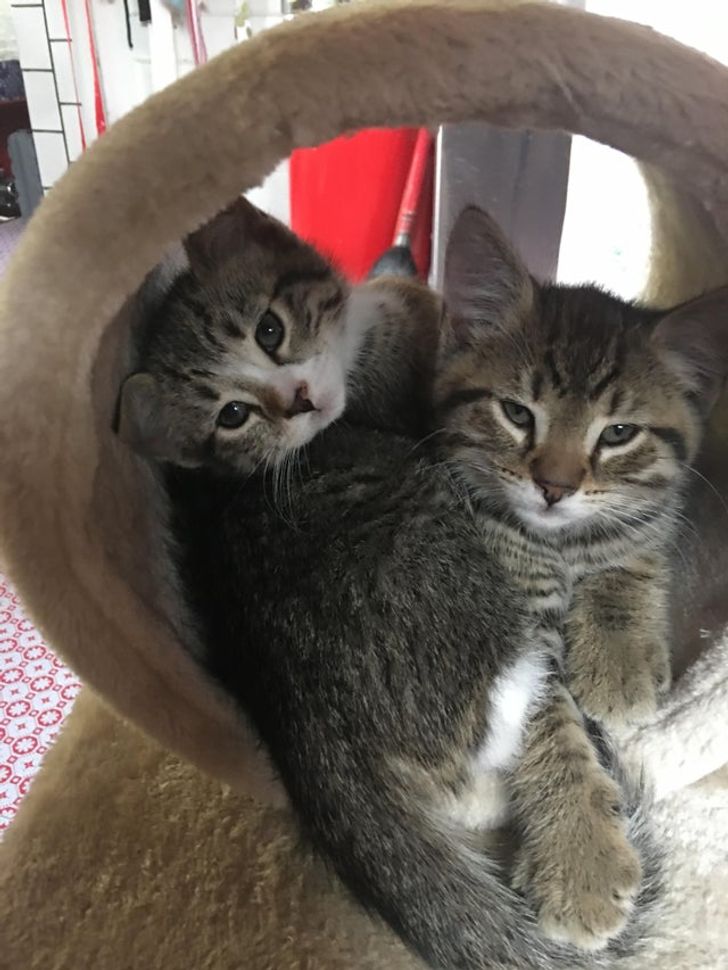 14. “I recently rescued a pair of kittens and they love to sleep like this every night.” 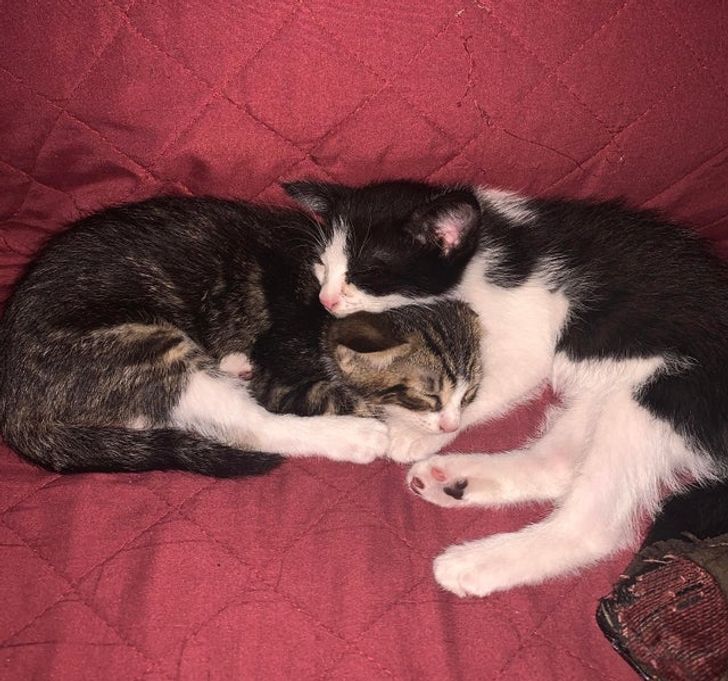 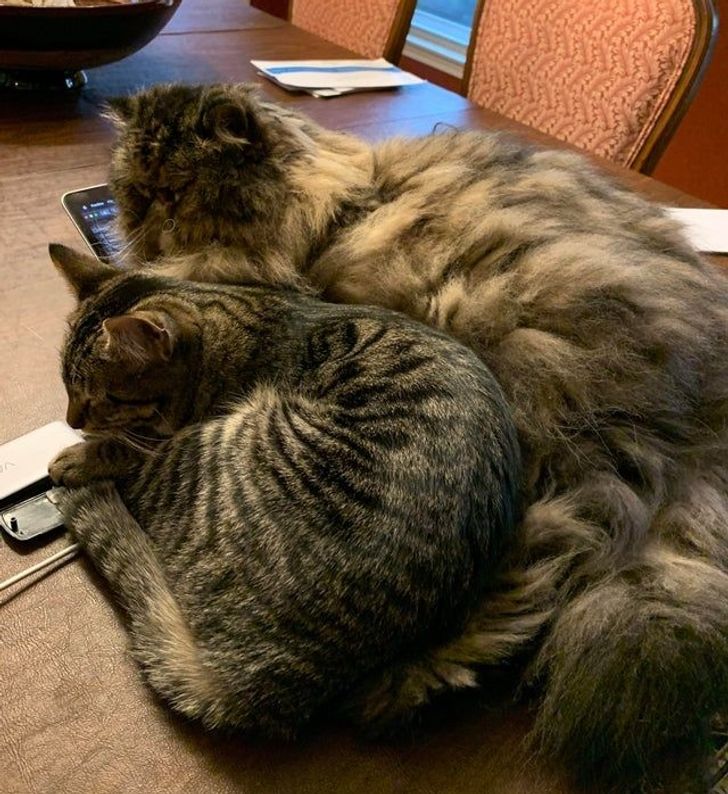 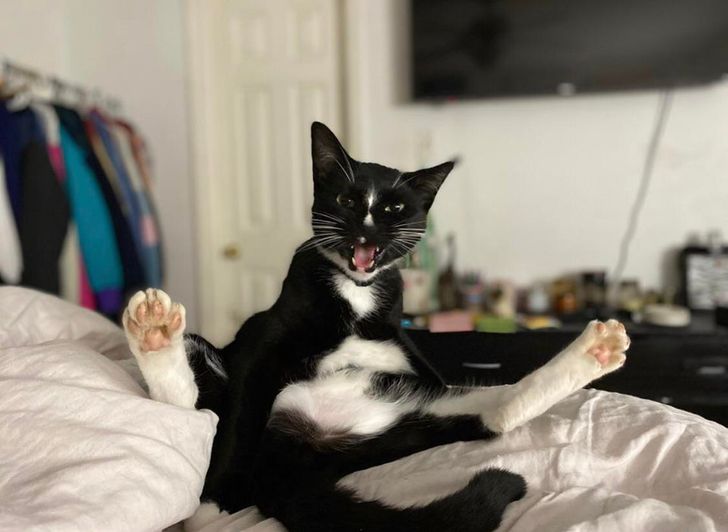 17. “He keeps jumping on the table, I keep telling him to get off. Now I don’t know if he is challenging me…” 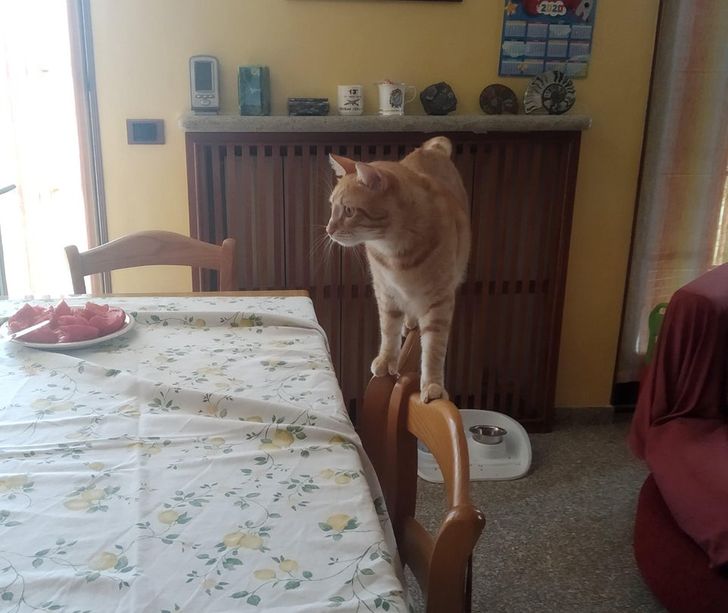 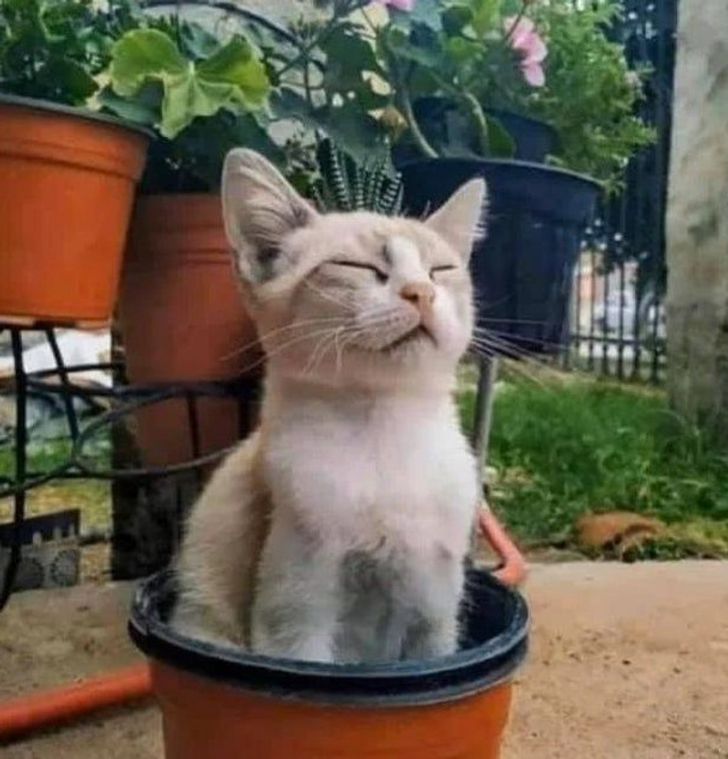 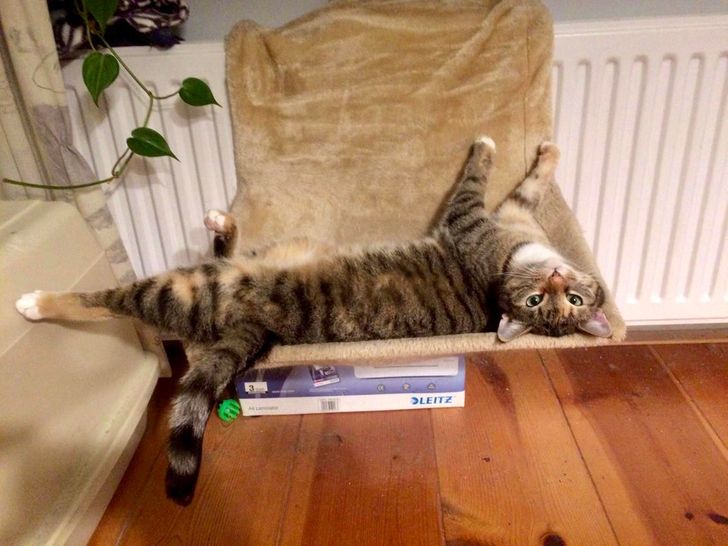 20. “Things to do in a pandemic #128: Start your own cable TV channel staffed solely by cats…” 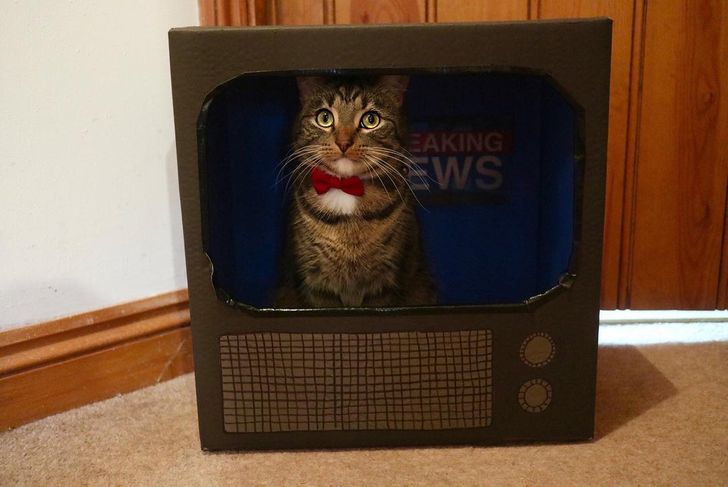 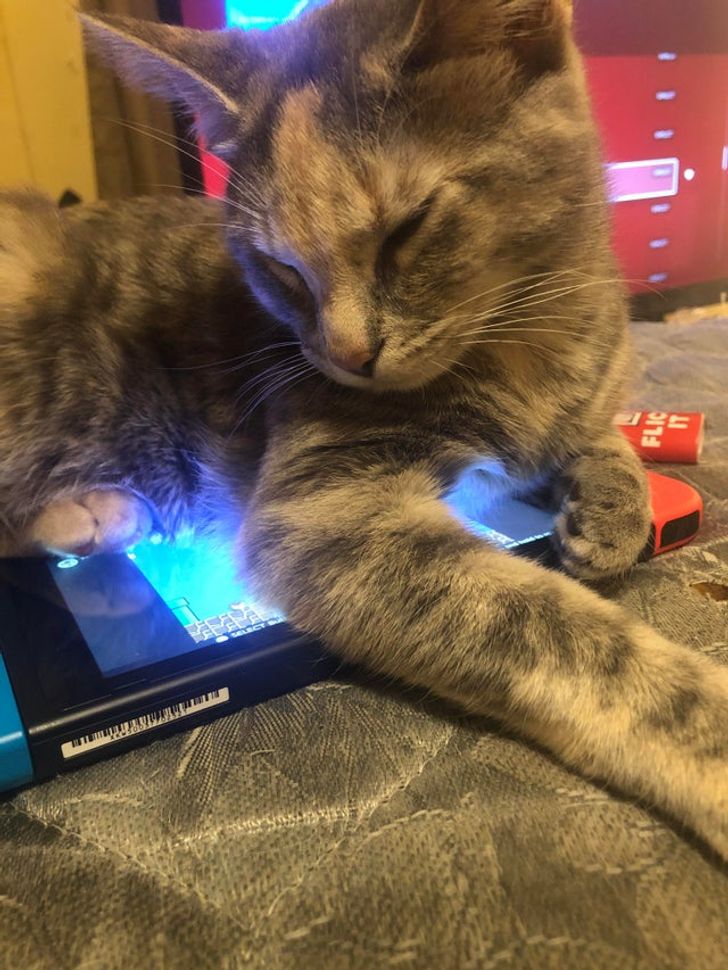 Oh my God, that cat in makeshift tv from cardboard was so adorable, I can not stop gushing at her cuteness. Imagine how cute it would be if cats were actually news anchors. Would have been amazing! Tell us what is the most demanding and arrogant thing your cat has done in the comments down below…