Life is so unpredictable. You never know what you may encounter the very next second.

Life is full of surprises. Where some of these surprises may not be as attractive for you as for others, some surprises can literally make you go bonkers. There is no universally defining set of rules of what surprises or motivates you. But there are some things, or should I say sightings that could surprise anyone in the world.

Today, we’ll share a story of this one Indian photographer who got the surprise of his life by a leopard. This wildlife photographer, who goes by the name Anurag Gawande, was in a wildlife park in India called the Tadoba National Park. The 24-year came to the wildlife park in hopes to capture some tigers or other wild animals but ended up spotting a leopard.

Leopards are absolutely gorgeous wild animals.  Leopards are part of the cat family. There are found in a wide range on the Indian subcontinent as well as other continents like Sub-Saharan Africa and more. An Indian male leopard can weigh anywhere between the range of 50 to 80 kgs, according to Google. And in terms of speed, leopards are ranked among one of the fastest. The maximum speed at which a leopard can sprint is a whopping 58 km/h according to Wikipedia.

Now, most of us are familiar with leopards. They have distinct-looking light skin with dark spots all over the body. But we already know that. So what made that encounter with a leopard so special for Anurag?

It was a majestical-looking, rare black leopard. 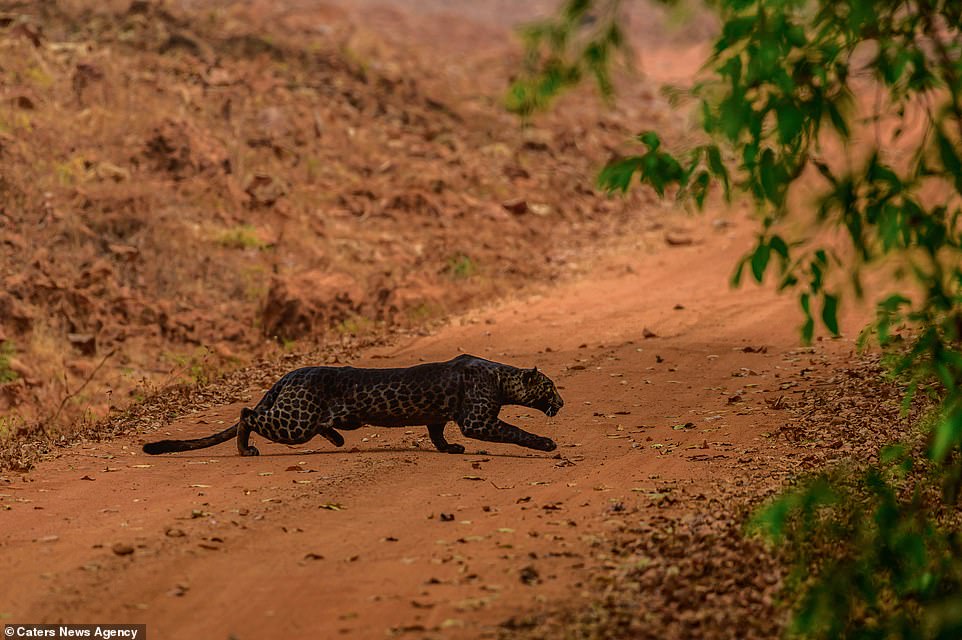 Anyone would stop right in their tracks had they spotted a sight like this. A rare black leopard with spots that look like they’ve got a golden lining around them. Absolutely gorgeous. Anurag had no idea about how lucky he was gonna get. He was busy looking out for tigers when he suddenly stopped to see a black leopard just 30-feet away from him.

He said, “It was surprising because we thought we will see a tiger but we saw a black leopard strolling on the pathway.” The rare leopard was busy hunting when Anurag spotting him 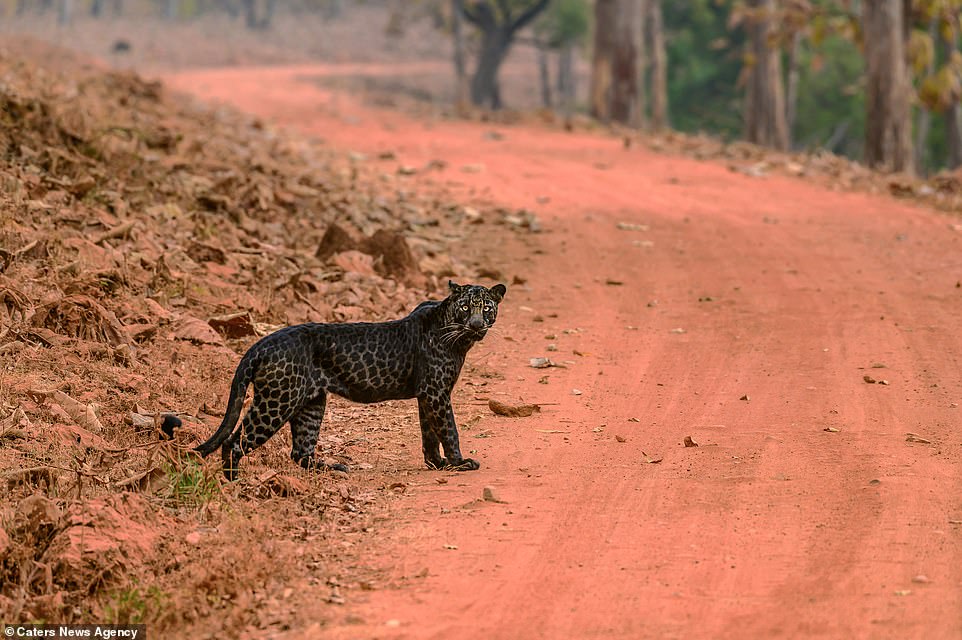 Anurag couldn’t believe his eyes as to what he had just witnessed. Remembering one of the rarest moments of his life, he said, “We were tracking a tiger but on the way to Tadoba lake we heard a deer call and at the next moment we saw a Black Leopard. It was sitting on the pathway…then it spotted the deer and tried to hunt it, but failed. This is the only black leopard of Tadoba park.”

According to some proven studies, approximately 11% of the world’s leopards are born with this unique sort of pigmentation. Genetic mutation can sometimes work out perfectly as it did for this leopard. And it’s not reserved to just leopards. Melanism can occur in other animals like lions, rabbits, foxes, etc. 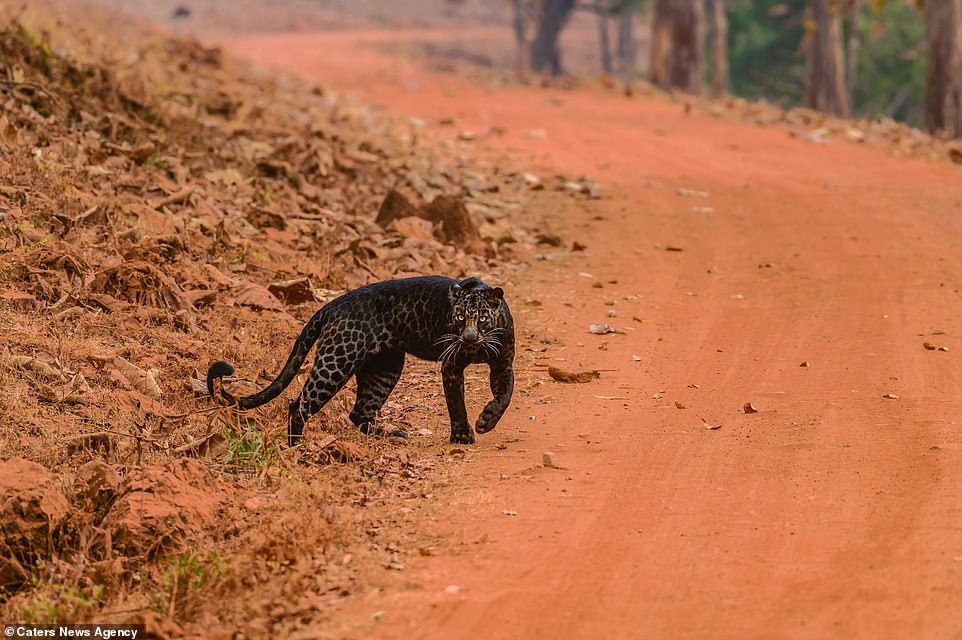 A surprising revelation from the 24-year old Anurag was that this wasn’t his first sighting of a black leopard. He had seen one before, earlier this year. What do you call a person who’s this lucky? He revealed, “This was my second time that I was watching it. I felt the same thrill while watching it but this time I was aware of its movements. We kept our vehicle off and kept our distance so that it will not move from the spot.”

What a crazy experience. Kinda terrifying, because it is a wild animal after all and you never know when it may strike. It is crazy fast and can accelerate really quickly. But Anurag’s past experience helped him deal with the situation very easily. A moment to remember for him.

We hope you guys were fully invested in this story because there was always going to be suspense as to whether the leopard will attack or not. Leave a like and share your thoughts in the comments down below. Have you ever encountered a rare animal like this leopard?