Living with a roommate sounds fun but things are not as glamorous in real life.

Today’s story is something similar to it. A Reddit user who owns the house lives with a roommate who does not pay for the house but she helps with bills and other things. The roommate has serious anxiety and seizures. She does take medicines but medicines do not work every time so went to the doctor and the doctor suggested her to adopt a service dog that would alert to her seizures and would do pressure therapy. The roommate told OP about it and told her that she has approached someone who breeds service dogs. OP was pissed after hearing this as she was allergic to dogs. OP told her roommate if she wants a service dog, she would have to move out. OP took the situation to Reddit to know if she is acting like an AH in this situation. Scroll down to read how Redditors have helped solve the situation.

1. OP lives with her roommate. The roommate has anxiety and seizures. The doctor told her to get a service dog.

2. The roommate told OP about the service dog and OP was pissed to hear this because she is allergic to dogs. 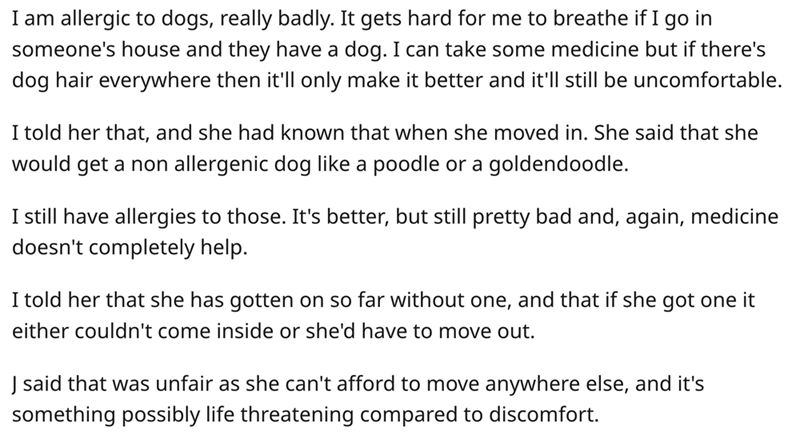 3. OP’s family thinks that she is an AH for threatening her roommate to kick her out of the house but she has not made any decision yet.

OP has not decided yet but her family is making her feel like she is acting like an asshole and that she should compromise. OP is also thinking to compromise on this but does she really need to do this? It might sound the right thing for a minute but is it right for OP to suffer from allergic reactions and let her roommate adopt a service dog? Scroll down to read what Redditors think about it.

4. No one has the right to force someone with allergies to live with a dog. 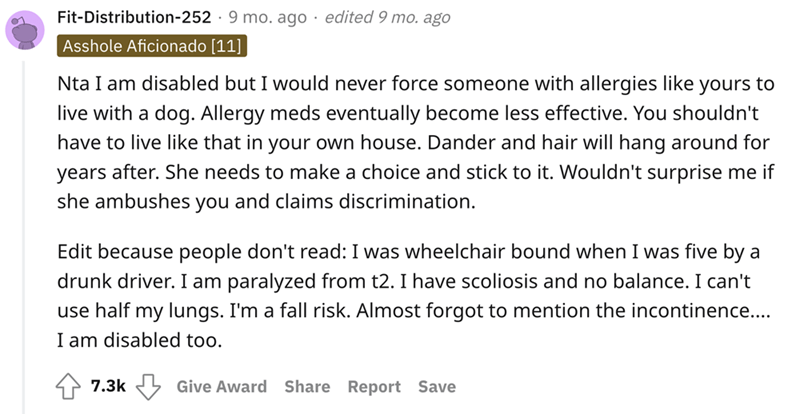 5. Cat or dog allergies can be life-threatening and should be taken seriously. 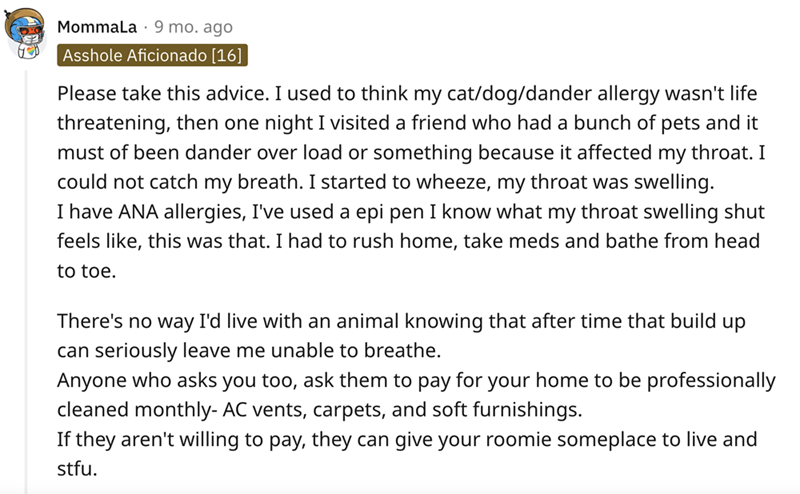 6. No need to suffer from allergic reactions if she can’t afford a place to live.

7. The roommate behaved like an AH by trying to bring a dog to the house when she fully knew that OP is allergic to dogs.

8. It’s a life-threatening situation from both sides.

9. One has the right to breathe freely in their own home.

10. Allergies can get serious for some people.

It’s a life-threatening situation for both parties. What do you guys think? Is OP right not to let her roommate have a service dog for her seizures? Comment down to let us know!