Today, the world is progressing much faster than ever before. Times are changing. Everyone is in a constant race to advance forward yet some of us are still finding newer ways to rip other people off. I mean, Elon Musk is literally trying to get everyone on Mars and yet there are still people among us who are living with the same old corrupt and pathetic mindset. These people clearly do not believe in hard work and most definitely do not believe in doing things the right way. They just spend their days finding ways to defraud innocent people.

Now, there’s a broad spectrum in which these people fall. We have people with entitlement issues (whether it’s on purpose or not is a different story); freeloaders who firmly believe that life is just a free ride; and then, of course, we have the scammers — who just want to rip everyone off with hopes that they get off scot-free.

Though all these people are messed up, scammers are still the worst of the lot. Their sole intention is to gain through unlawful means. They don’t only steal from their victims but also make it all look normal. So, basically, they commit a crime on top of another crime. Sadly for them, however, scamming doesn’t always work and isn’t something anyone can do. It requires the person to be smart which funnily enough most of them are not. There is usually a flaw in their “plan” and most of the time it backfires.

Pretty much how it backfired for this woman in the post below. She thought she could scam her way through a free vacation but she was very, very wrong. Her plan failed so miserably that she ended up crying and telling the truth. 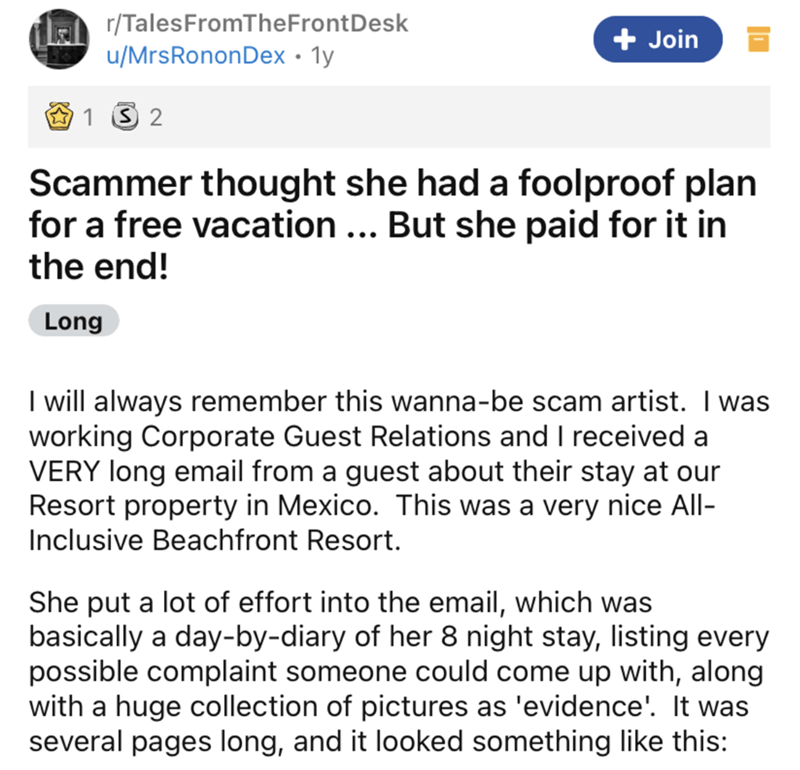 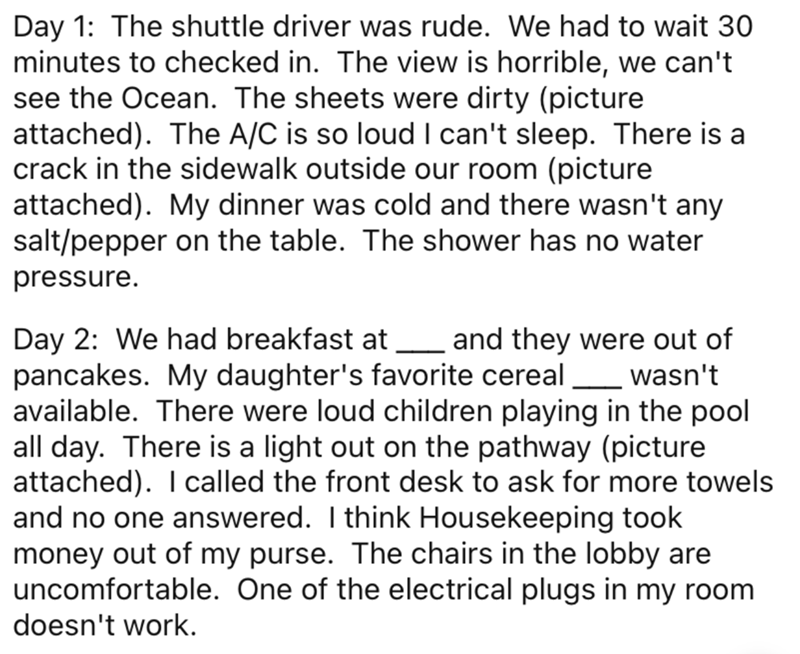 Fortunately, the coordinator wasn’t dumb and could see that something wasn’t right. 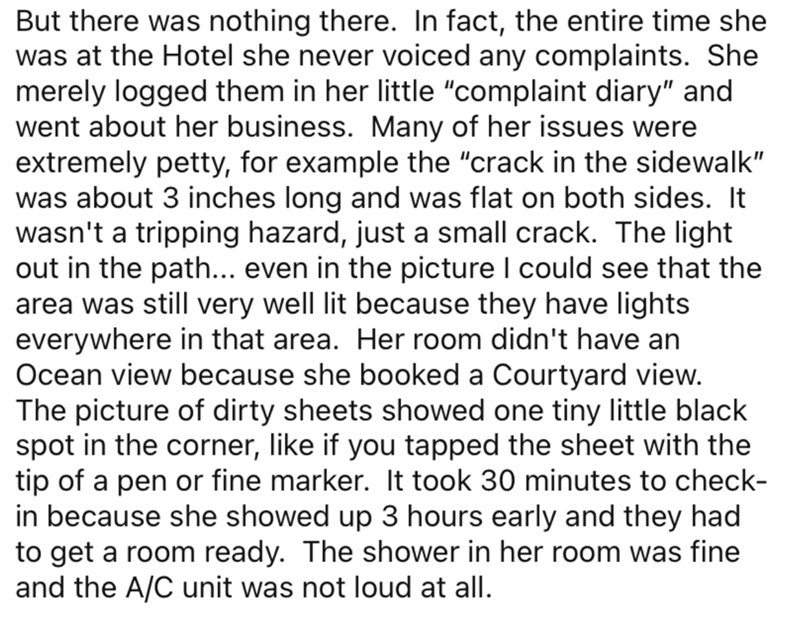 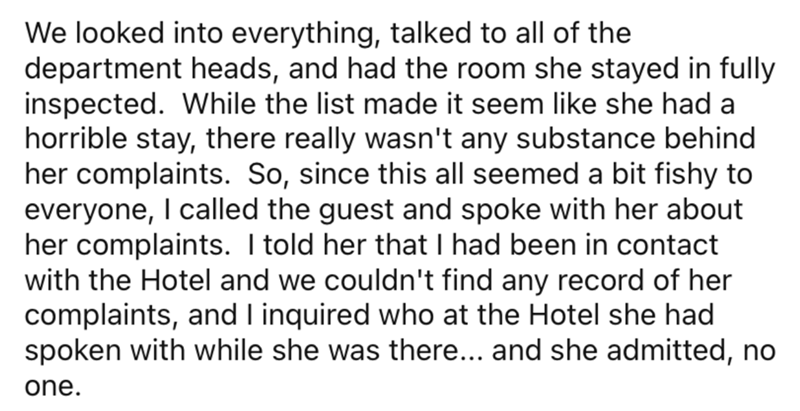 At first, it seemed like the woman was genuinely complaining and maybe expecting a little compensation for the bad experience…but no. 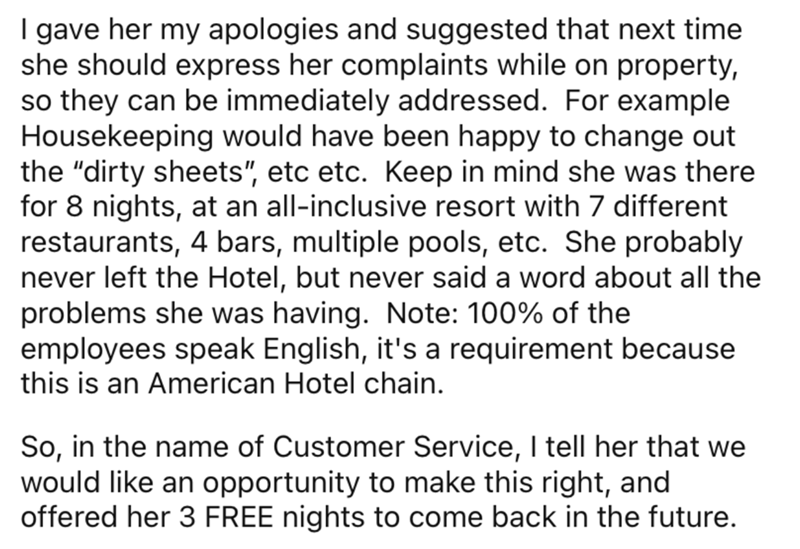 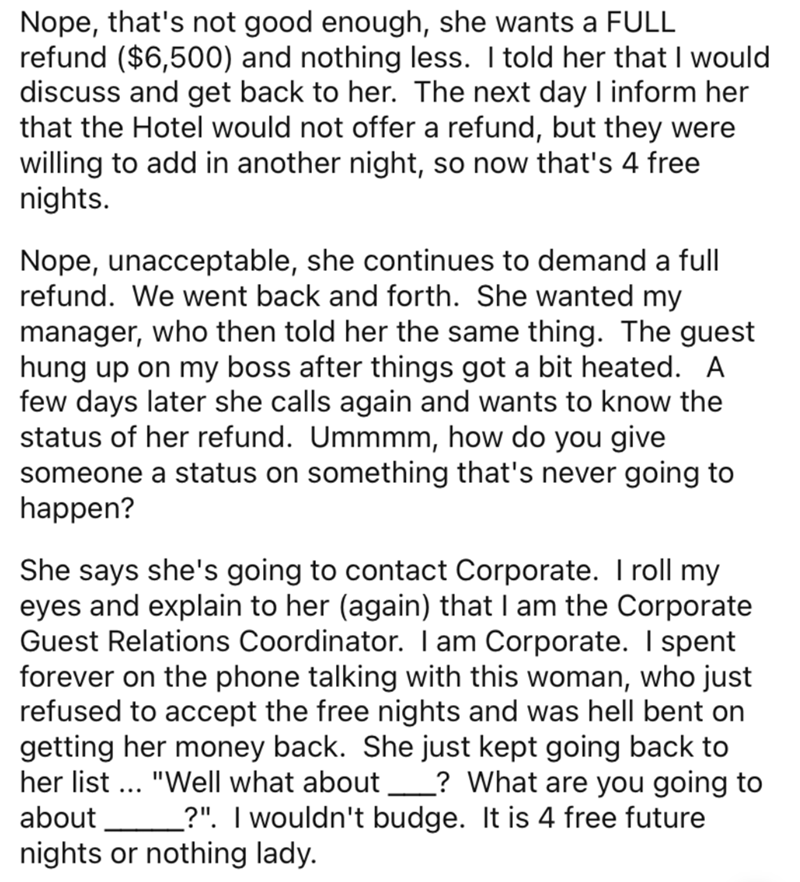 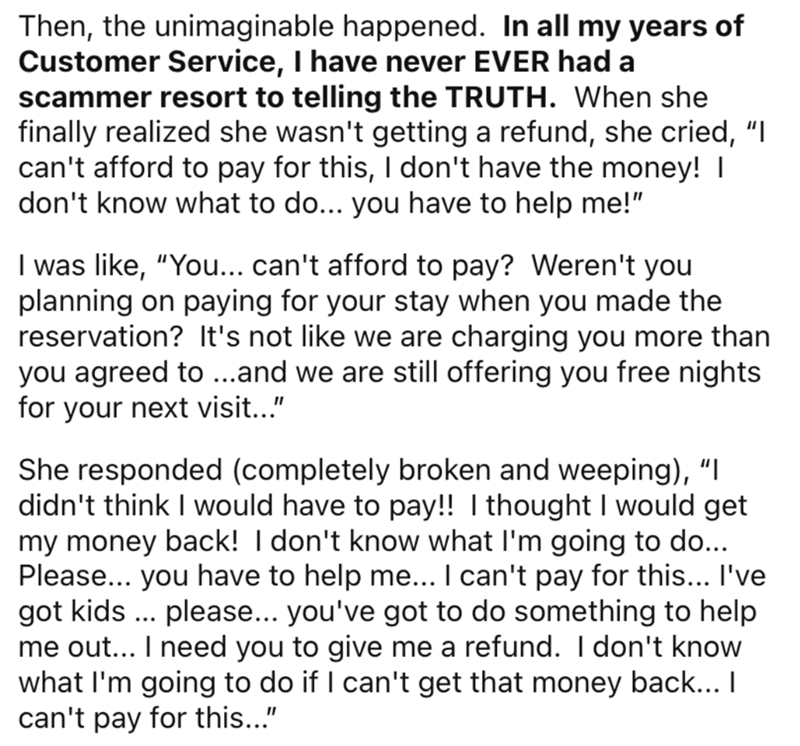 You reap what you sow! It’s about time people start understanding that they can’t expect good by doing wrong. It doesn’t even make sense. What’s more interesting is that the scammer actually thought she could get away with a $6500 stay at a resort and that nobody would even notice? Heck, she didn’t even have a backup plan! What the hell? 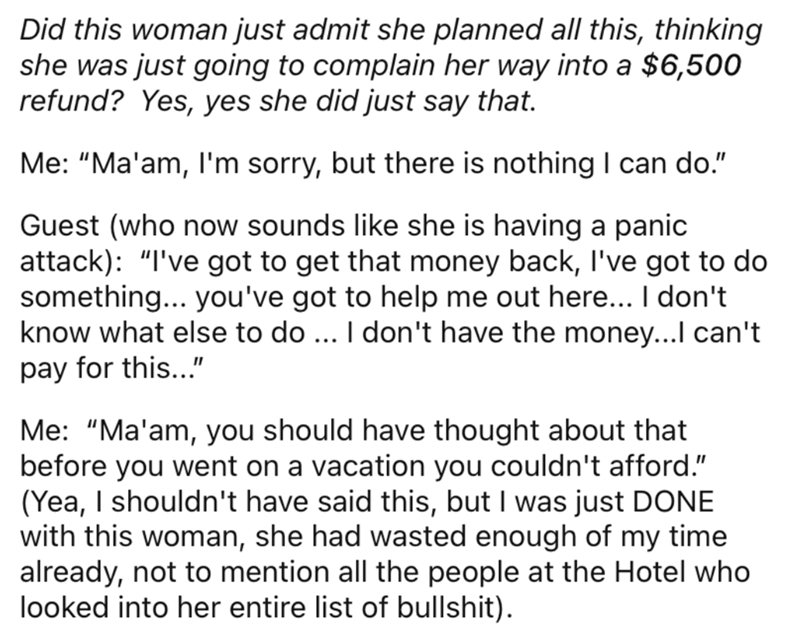 People really need to learn that they shouldn’t outsmart anyone who can outsmart their outsmarting. Or, they can do something simple and just try not to be as*holes.