There is a subreddit known as “Malicious Compliance” or MC for short, where users post stories of them doing exactly what is asked of them, nothing more, and nothing less. This might not seem that interesting, but you’ll come to realise very quickly that a lot of people do a little bit more than is expected of them to try and make manageable the things that are usually unmanageable.

A lot of these stories refer to employee-employer relationships. Where the employee is doing more than their guidelines suggest, and the employer isn’t aware of it or takes it for granted. That’s why whenever someone says “Do your job!” to employees like that, they tend to do exactly that, and nothing more. Don’t receive the praise and pay you deserve? Do the bare minimum.

#1 Sounds like the boss from the daily bugle. Just without the charm. 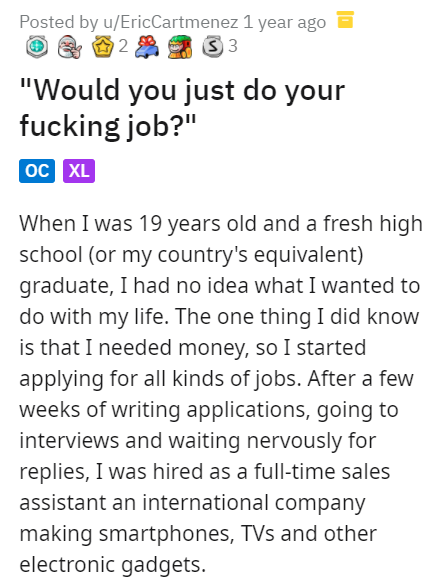 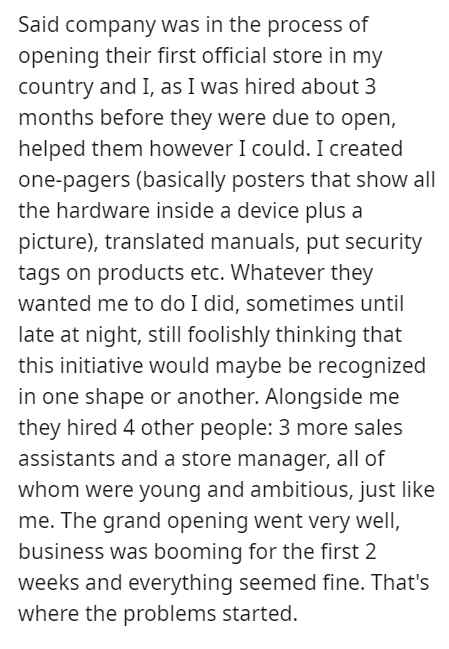 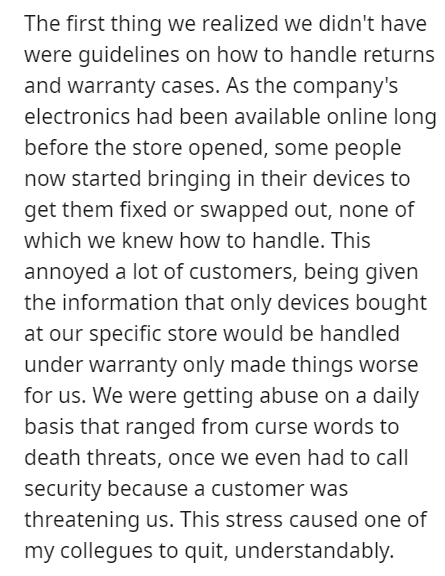 #4 This store is just missing the bare minimum. 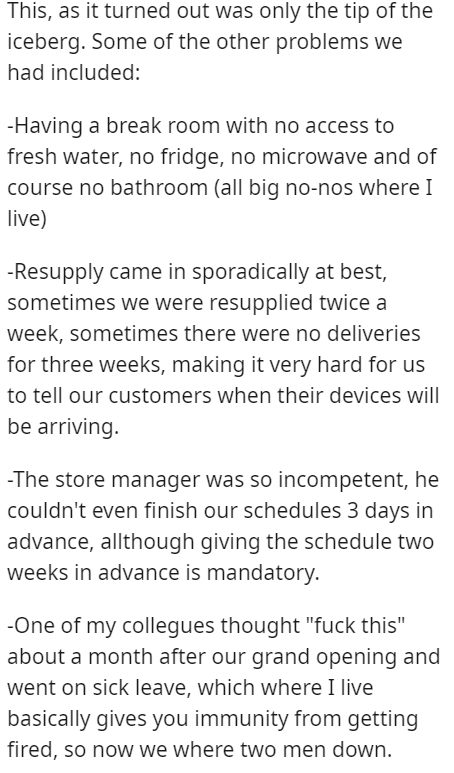 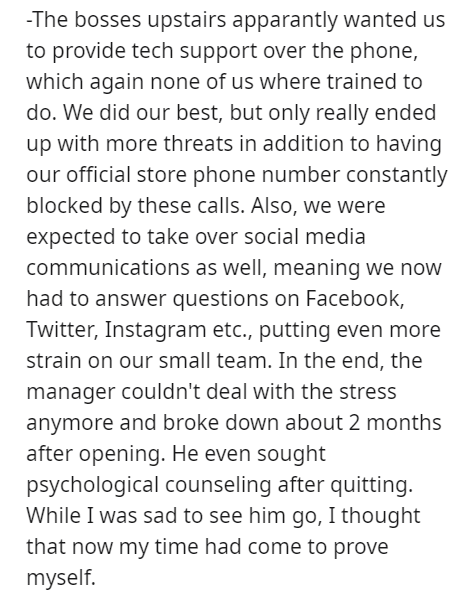 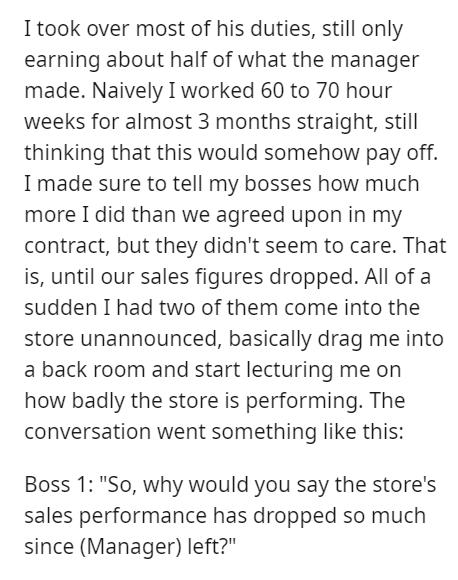 #7 If you would let him talk. He would tell you. 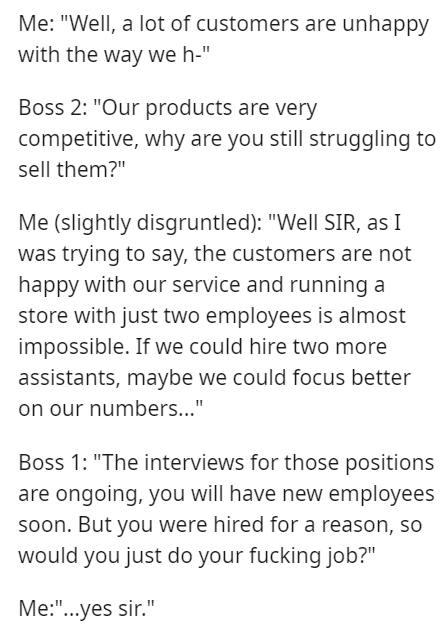 #8 Who would not feel defeated. 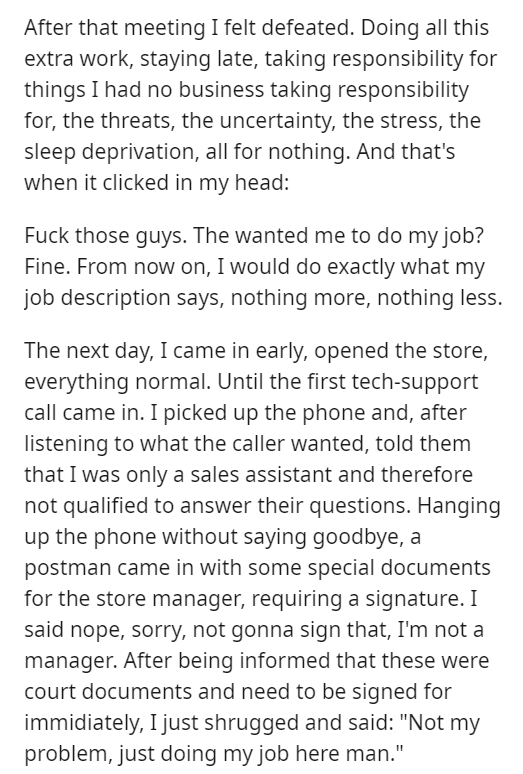 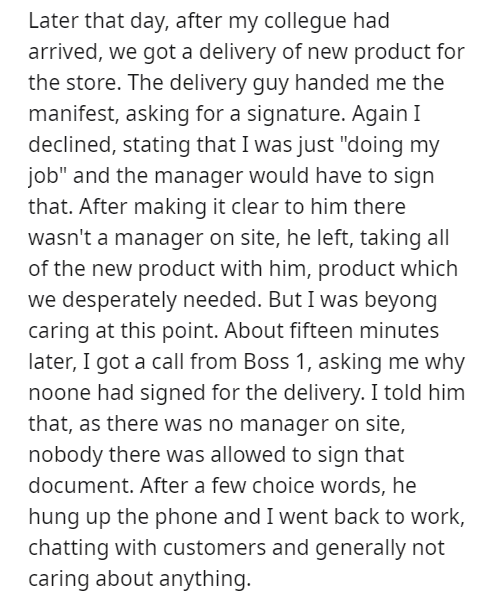 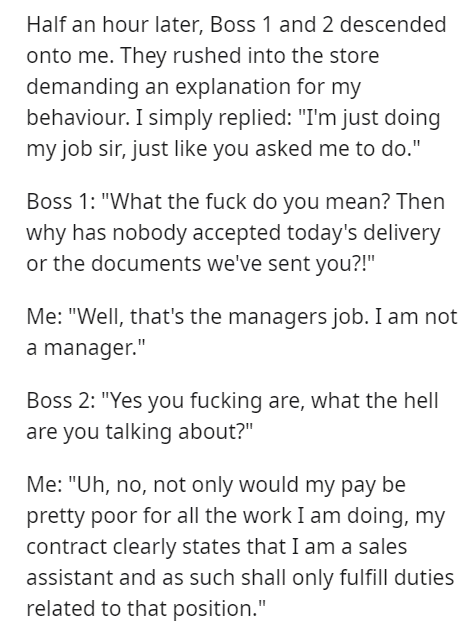 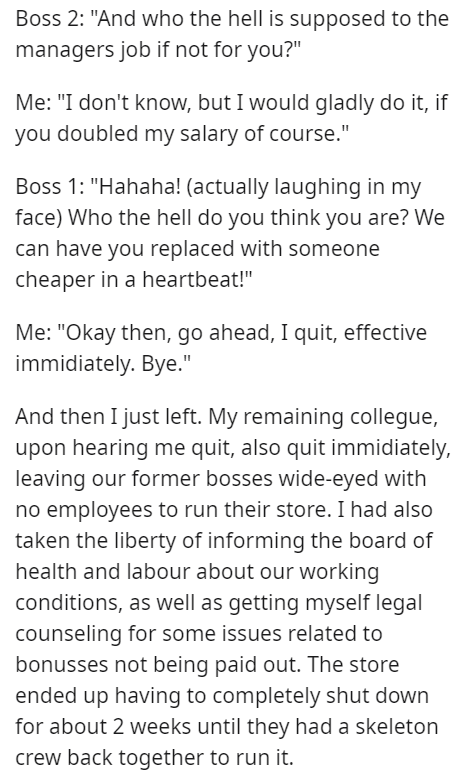 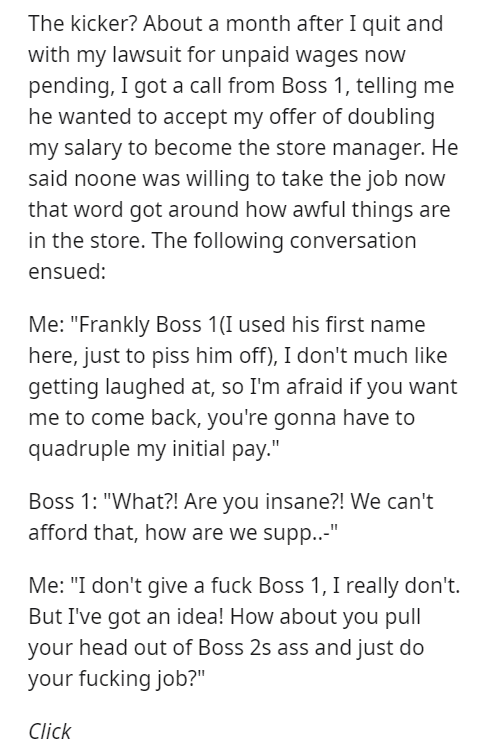 It’s so satisfying hearing when an employer denies a higher position from an employee but still expects that level of work, only for them to double back when shit goes wrong.

Yeah. I had a company that I work for fire 6 other office staff and expect me to pick up the work. After I did it (and drove myself nuts) for 3 months they had the nerve to try and write me up for not performing. Little did they know that I already had a job on the line. I offered to train my replacement that they failed to hire before I left, and they screwed themselves over and had to higher 4 people to replace me after I was gone. They tried to get me to come back later but they couldn’t afford the price I was asking for anymore.

I once got a $0.10 raise for doing more than 10x the work after my manager left and I had to take over their duties. I made minimum wage (basically a cashier but with additional duties) and had to do all of their work after they left, which admitted I had been trained for by said manager, as they wanted me to be their replacement. Then instead of hiring me who have been trained directly by the manager to replace them they hired someone else with no experience to be my boss.

After I quit they said “you’ll be back”. Technically correct, because it’s the only movie theater nearby that I can sneak snacks into easily. I never eat the food though because I know how gross it is.

Overall, the consensus was:

I used to go above and beyond, and it left me feeling like I put all this effort in for nothing. If you do just a little extra you won’t feel disappointed when it doesn’t pay off.

For example, I came in on my day off to fix something. In the end nobody cared or even acknowledged it. So why did I do it?

I also stayed hours late one day because a task I was waiting for took a long time, failed, then I had to do it again. It failed again. I stayed hours late on a Friday where I had a 3.5 hour drive ahead of me and achieved nothing. I decided that day that I’d rather leave on time and not finish than stay late and not finish. Staying late and still not finishing is worst case Ontario. Avoid that by not staying late if not finishing is still a possibility.

What do you think? Was this too much or too little? What are your thoughts on the matter?