Owners take excellent care of their dogs. We look after them, feed them, play with them, and love them. However, our pets occasionally do things that make us question who the true owner is in a relationship. They could even be able to accomplish something that no one else could. We at defused stumbled discovered a long list of incredible feats accomplished by cats, dogs, and other animals. Scroll down till the end to hear some exciting pet stories.

1. “My cat Davey noticed that I always take notes during telephone conversations. Every time someone calls me, Davey immediately takes a pen or a pencil and drags it under the table where I can’t get it. Then, while I am crawling under and attempting to grab a writing utensil, the cat is busily swatting as many as possible out of my reach and back under the table’s pedestal as quickly as possible.” 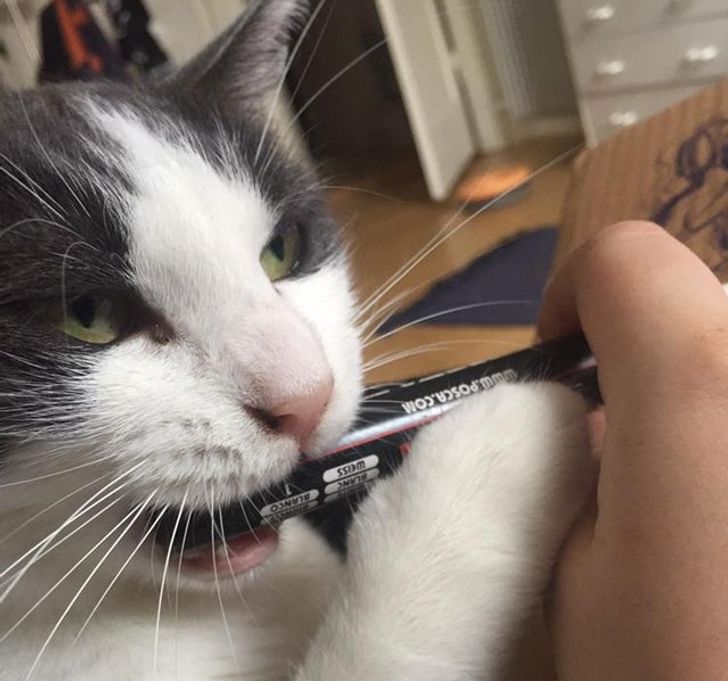 2. “My little girl Bella is the cutest thing ever. She always brings a smile to my face with her little quirky ways. Every night, without fail, she will go and get my pajamas from under my pillow, bring them downstairs, and give them to me. I think it’s her way of saying it’s time to stop being busy and settle down for cuddles. She generally wins too because it is just so cute!” 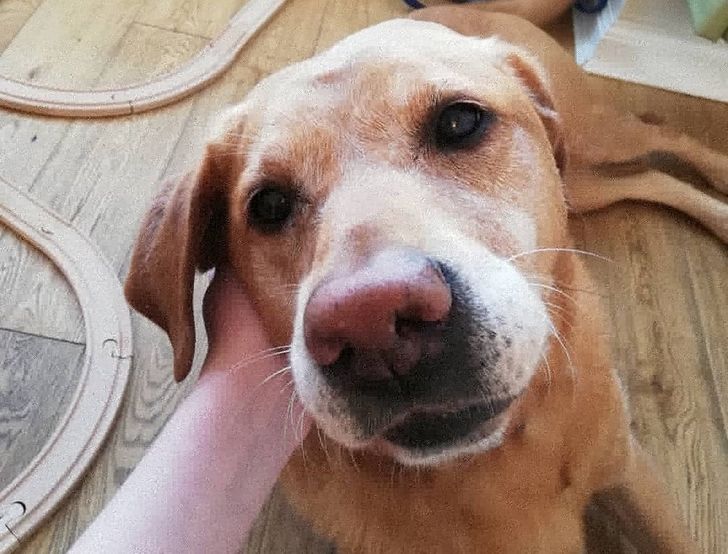 3. “My cat doesn’t wake me up to ask for food. Instead, she will wait patiently until I get out of bed, even if it’s the weekend and I’m sleeping in. It’s only after I am standing upright that she approaches to ask for food. Usually, she does this by finding a prominent spot and staring at me.” 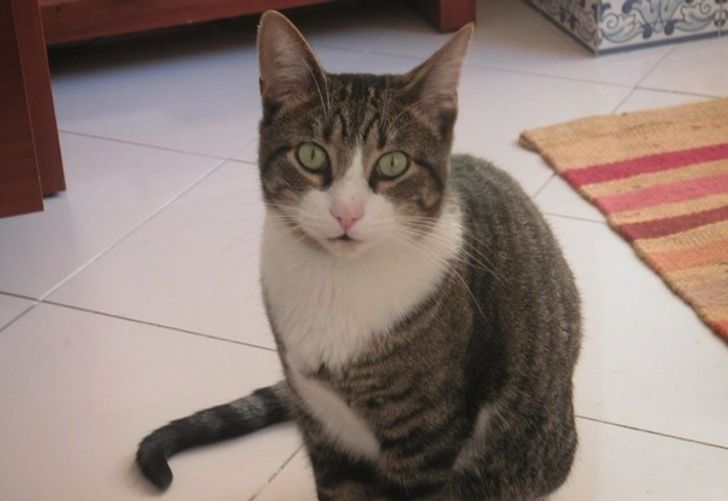 4. The cat who could unlock a phone send pictures 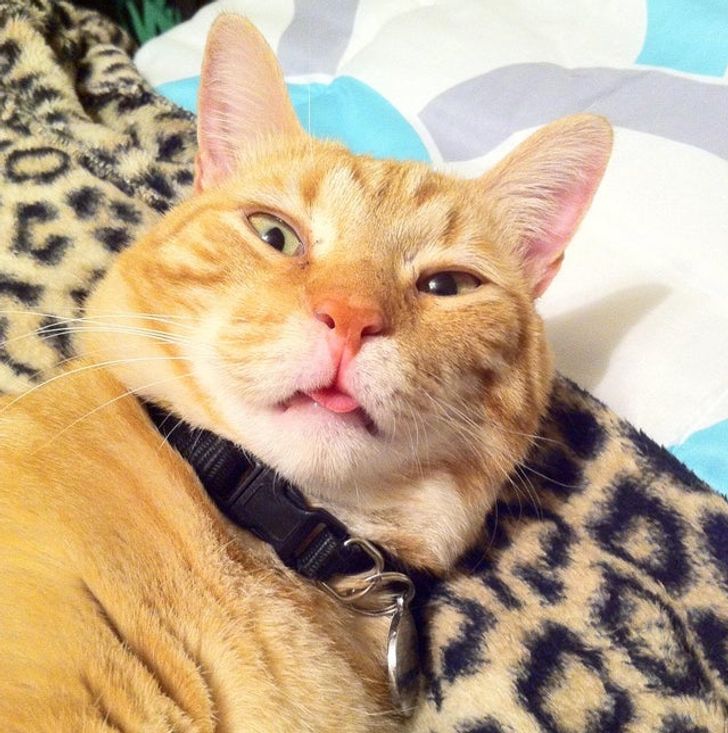 © richthickb**** / Reddit
I had a crush on a friend. Like many other girls, I checked my phone thousands of times per day, expecting him to send me messages. But he never did. One night, I was typing and deleting messages to him as usual. Once again, I tried to start a conversation but was too shy to send the messages out. Anxious and upset, I stared at the screen for so long, and once I forced myself to stop, it was already 2 AM. Too tired to play with my cat, who’d been purring and trying to get my attention from my phone the whole evening, I turned off the light and went to bed. The next morning, I got up and checked my phone, as usual, not expecting any message from him. But suddenly I was shocked! He sent me a message! I was so shocked that I stared at the screen for more than 10 seconds, then realized I should read the message! I unlocked the screen and saw the message: “Just I or picture is all dark,” I was totally confused. What did he mean? Several seconds later, I realized there was a picture that was sent to him at 4 AM from my phone and the picture was completely dark! “OMG,” I replied, I was overwhelmed, “I didn’t send that.”
I was trying to come up with an explanation. I had locked my door and my phone the night before when I went to bed. My roommate couldn’t/wouldnot have broken in and sent a message to him using my phone… And I do not sleepwalk… So there was only one explanation… My cat, the only other creature in my room, had unlocked my phone, opened Messenger, took a picture (which explains why it’s totally dark), and sent it to my crush!!!

5. “My cat had the flu and was sneezing (like literal snot) all over the house. Because of this, I had been cleaning up her nose with damp tissue occasionally. So one morning, I pretended to sneeze in front of her face. She looked surprised and put her front paw on my face. Probably trying to imitate what I do to her when she sneezes” 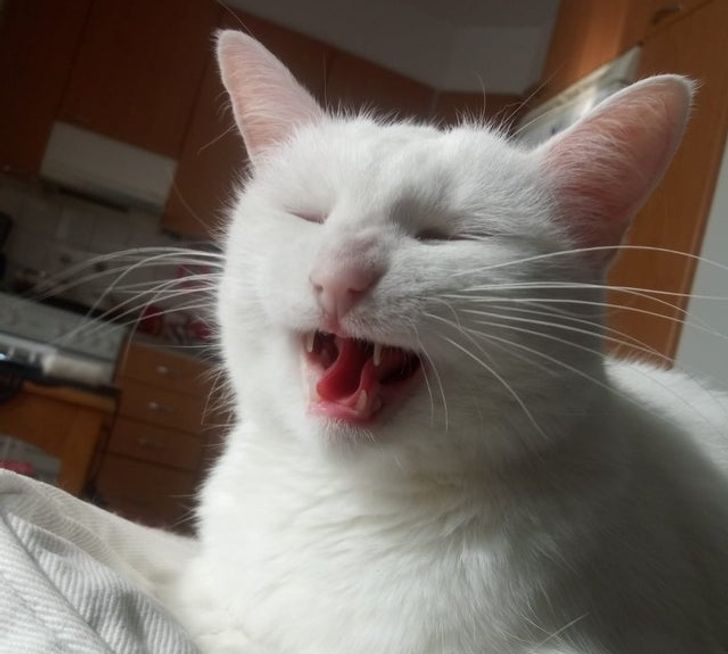 6. “We have a 50 lb German Shepherd mix. Whenever my family sits down to have a conversation, she starts barking at us. She’s a very vocal dog, but she will always bark when we’re having serious discussions. Maybe she’s trying to tell us that we’re doing our finances all wrong.” 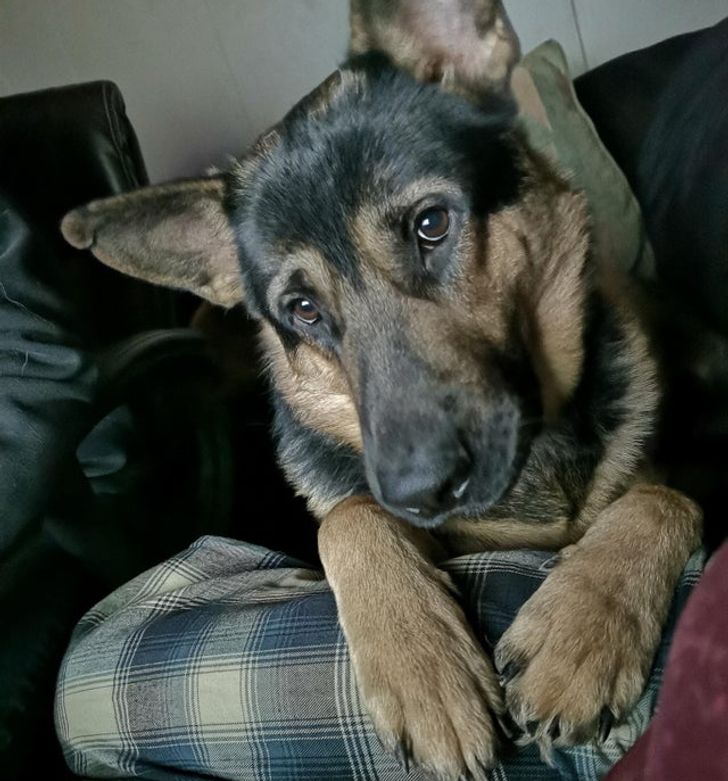 7. “I had taken my oldest dog to the vet. Her collar was loose and when we got outside she got loose again and took off into a construction area. I tried calling her, but she ignored me. So, without thinking, I just sat down on the sidewalk in front of the vet and let her play, but I just so happened to lay back and the vet and 2 nurses saw me on the ground and thought I was hurt. They came running out and my dog saw them leaning over me, came running, and knocked both the doctor and the nurses on the ground to get to her daddy.” 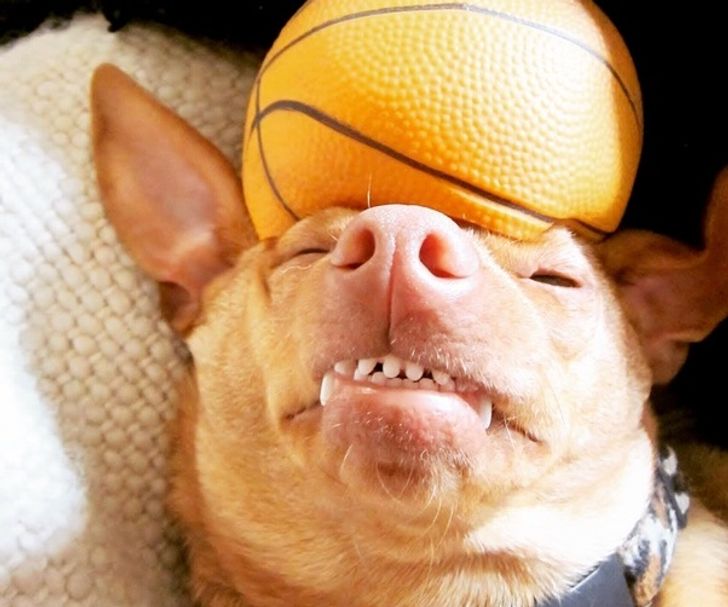 8. “My dog, Bruno sits next to me whenever I play the guitar. As soon as I stop playing he tries to take my hand in his mouth and rub it on the guitar so that the music comes back. After a few attempts, when I start playing, he sits by my side calmly. He will do the same thing over and over if I try to stop again.”

9. “My cat Nikita made me brush her teeth with an electric toothbrush. The vet was always impressed with her sparklers. You’ll notice her toothbrush says “cat.” 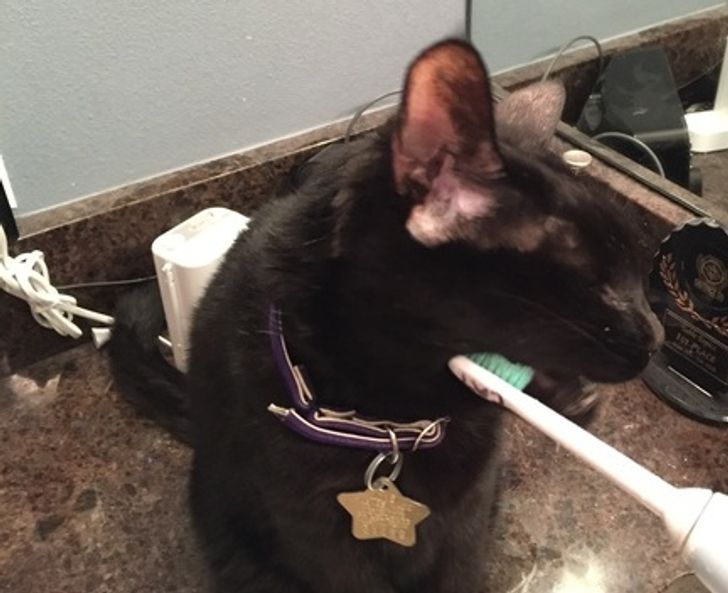 10. “Not sure if this is weird in general, but it is weird to me. I live in a condo and my cat growls at the landscape people when they are tending to the yard and come within 15 ft of our windows. She is a really friendly cat and is not bothered by any animals outside, including other cats.” 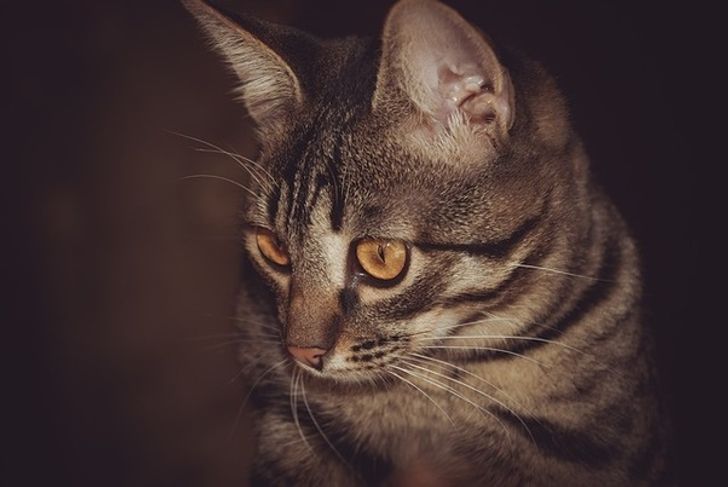 Advertisement
© Harry Seitz / Quora
So, what is your feedback on these stories? Don’t forget to share it with us. Stay tuned for more.