Canceling a subscription can be harder than necessary.

Whether it is letting go of a gym membership because you know they will make you feel bad about how you are still fat or even online entertainment subscriptions because they can actually make you feel quite guilty at times. I know I have put off canceling something for months and would rather waste my money than have to speak to someone.

While this is becoming less and less normal with most memberships giving you an option to cancel online, you still have to talk to someone most of the time. I remember I once canceled my internet provider and yet they kept charging me just because. Yes, these sorts of things happen and it seems they will do anything to squeeze that last bit out of you.

However, this story takes the cherry on top of the cake. You can read it by scrolling below.

So they basically only needed the upgraded package for one month. 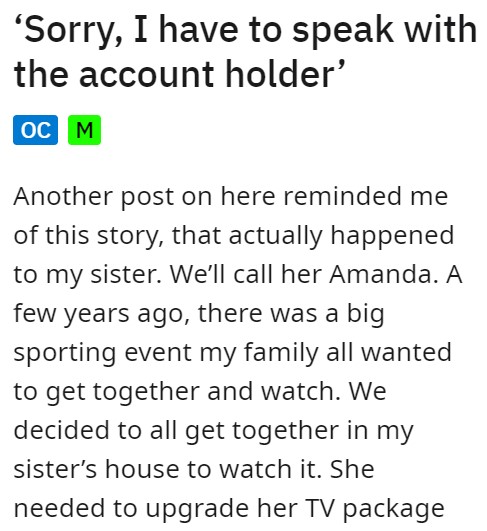 Things went well, however, the real problem surfaced when it came time to cancel. 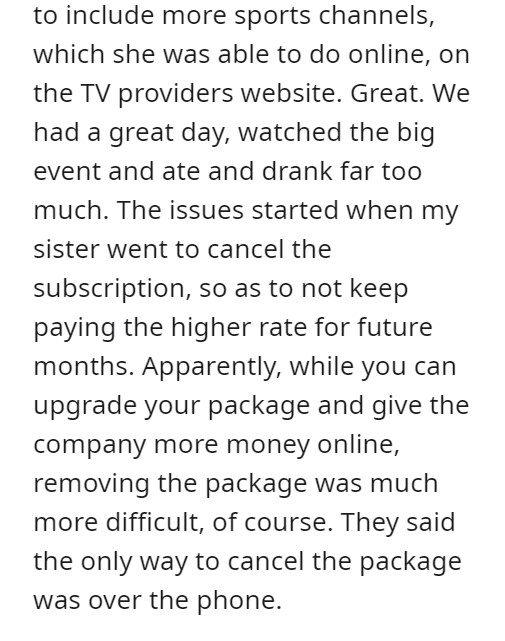 It really shouldn’t be this hard but even banks do this even when you put the phone on speaker. It’s weird. 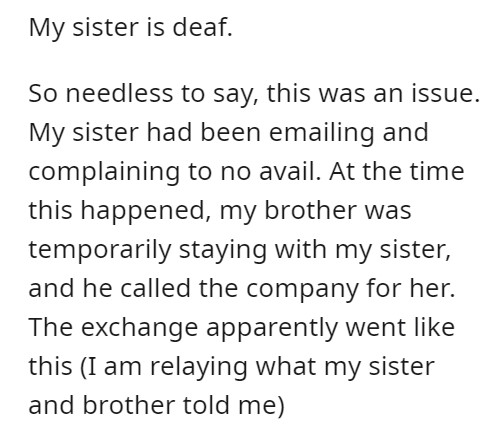 Did she think a miracle would happen right there and then? 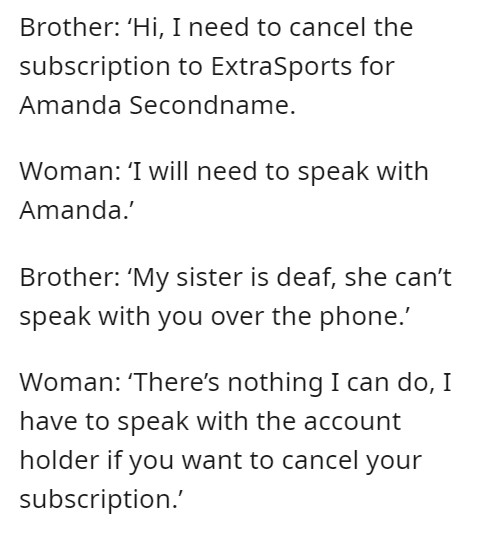 I mean honestly, they are just going in circles by this point. 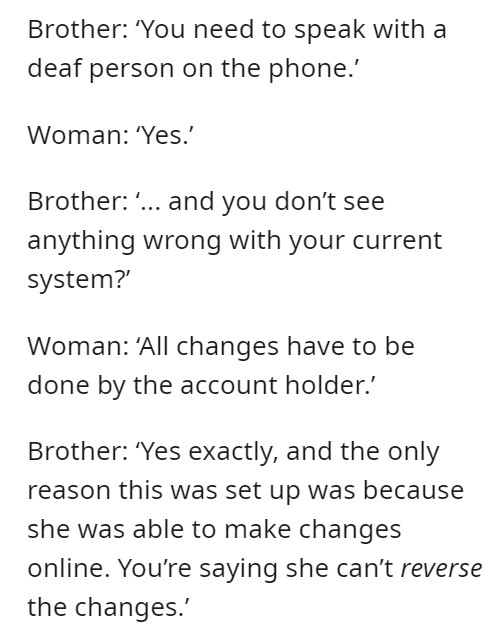 Did she think Amanda would suddenly be able to speak just cause she wanted to cancel a subscription? 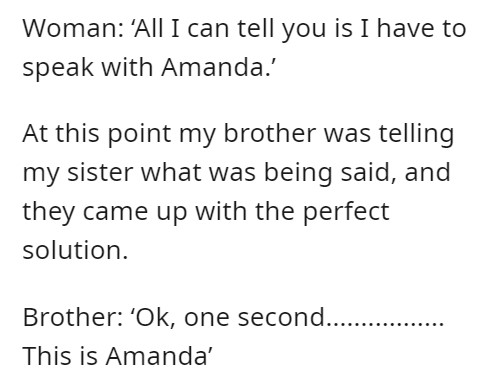 Oh so now she realizes that she is deaf and can’t speak? 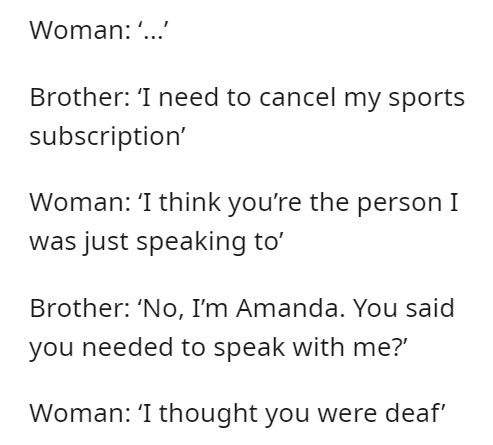 Not only is this hilarious but also plain rude. 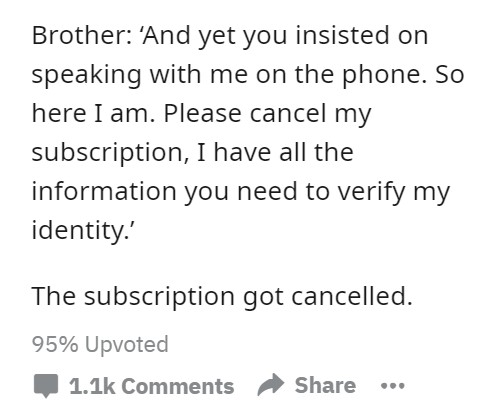 I think I am going to have to do this as well in the future. 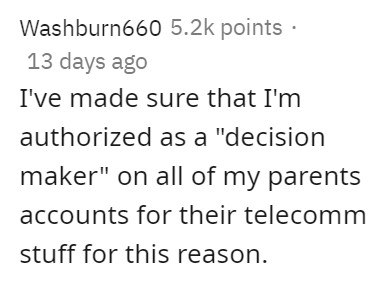 I actually do the same for my parents, and I would for my sister in a heartbeat too, but she is fiercely independent, particularly when it comes to her hearing. She’s been dealing with this her whole life, and she despises anyone trying to ‘help’ with things related to hearing that she actually wouldn’t need help with (if people would use logic, like here!).

She’d sooner argue with the TV people for weeks in email and in-person (she lip-reads well) than accept any kind of assistance. She’s completely awesome that way. –hoginlly

This story is actually quite funny in a sad way. 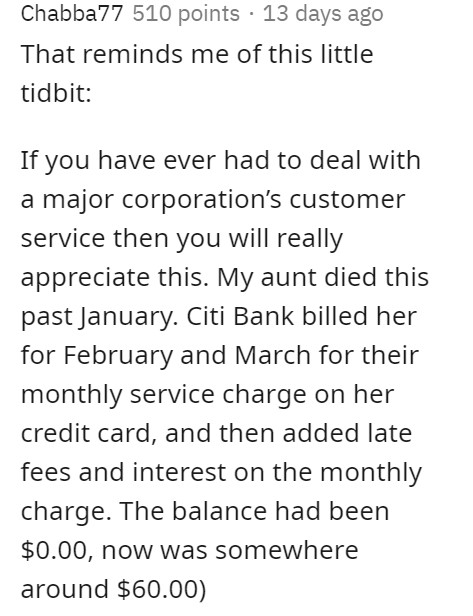 Does the bank seriously want her to pay from the grave? 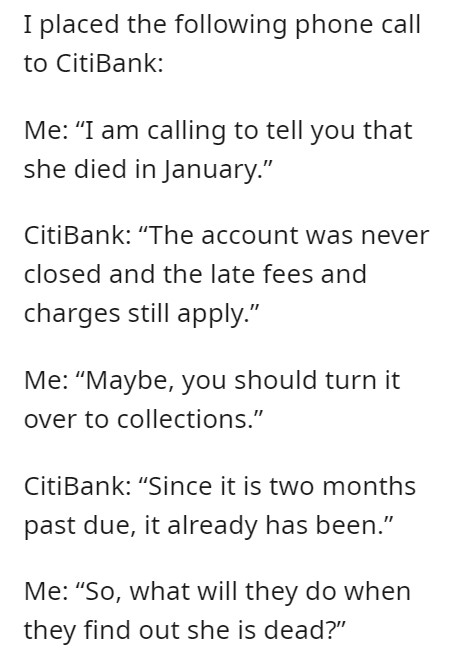 This sort of high-level question is clearly too difficult for him to answer. 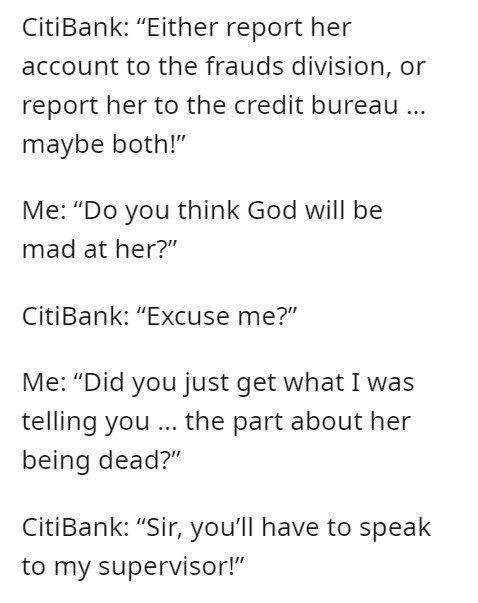 Are they robots? because they keep repeating the same thing. 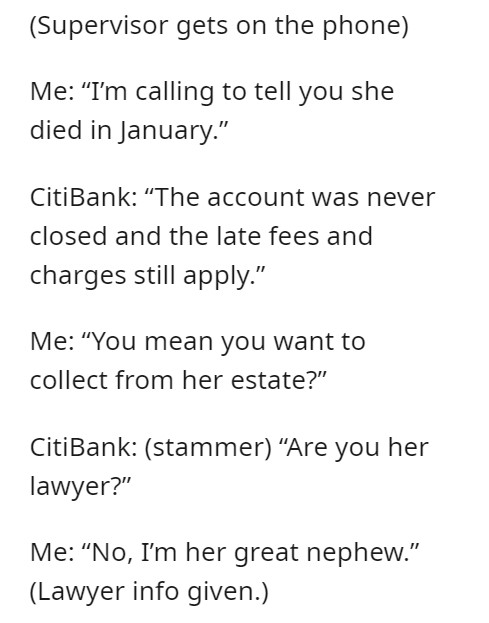 How can a bank not be set up for death? Did they figure their account holders won’t die if they have an account there? 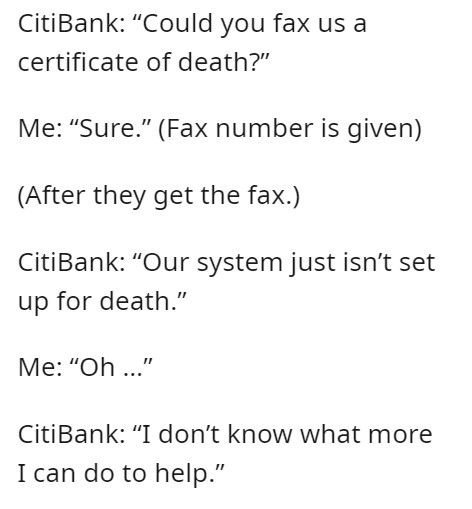 I actually can’t believe he said ‘That might help.’ 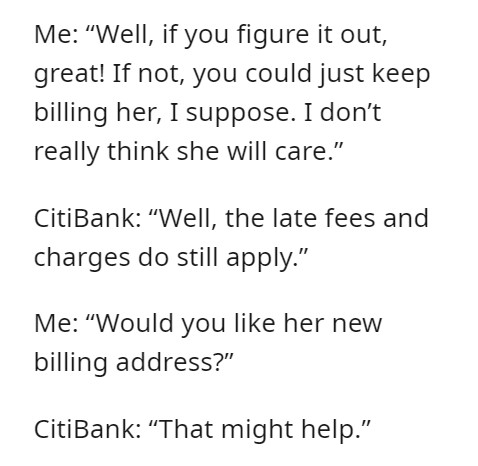 This might be one of the dumbest conversations I have ever read and he works in a bank! 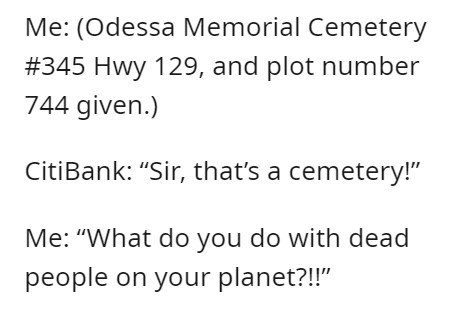 Have you ever had a hard time canceling a subscription? Comment down below and let us know.