Unless you are doing it to someone who absolutely deserves it. And I think every choosing beggar falls into this category. By now, the interest is filled with stories of choosing beggars and how they think it is alright to ask for free stuff. This is one such story but with a twist. You see this person didn’t want the item for free because they were going to pay less than the asking price.

However, they wanted the seller to deliver it to them with no extra charges which was more than a three hour round trip. I’ve heard of people being dumb but this straight-up outlandish. Who would do this without asking for gas money? Apparently the fact that this person needed an i-pad for college makes up for the free delivery. Yes, I have no idea how that makes any sense either.

The product in question is an i-pad. 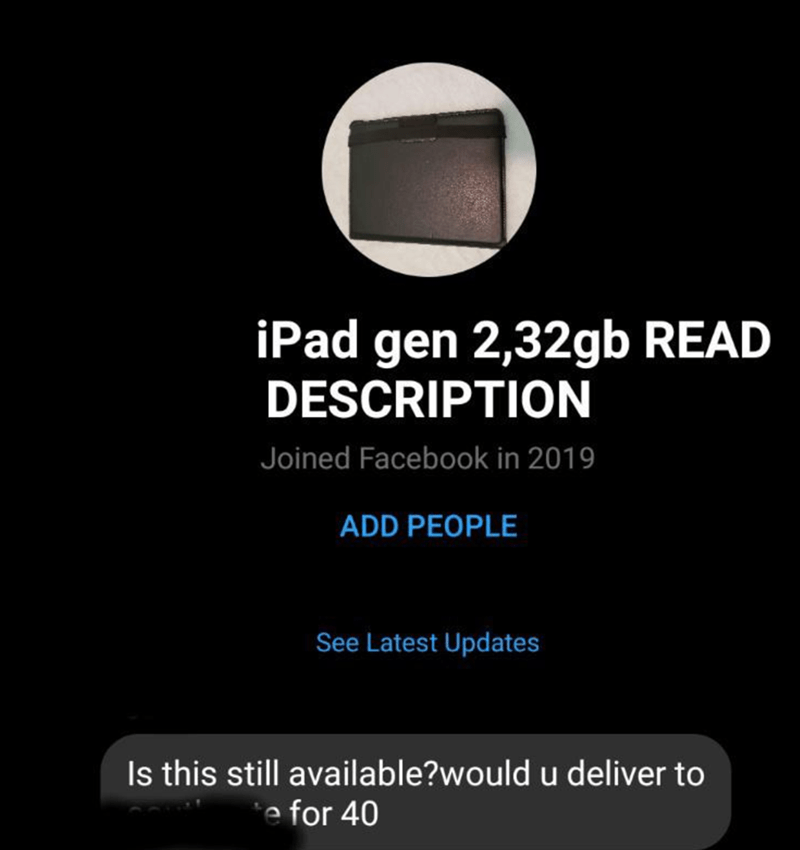 Don’t forget that this person apparently messaged them at 3 am in the morning. 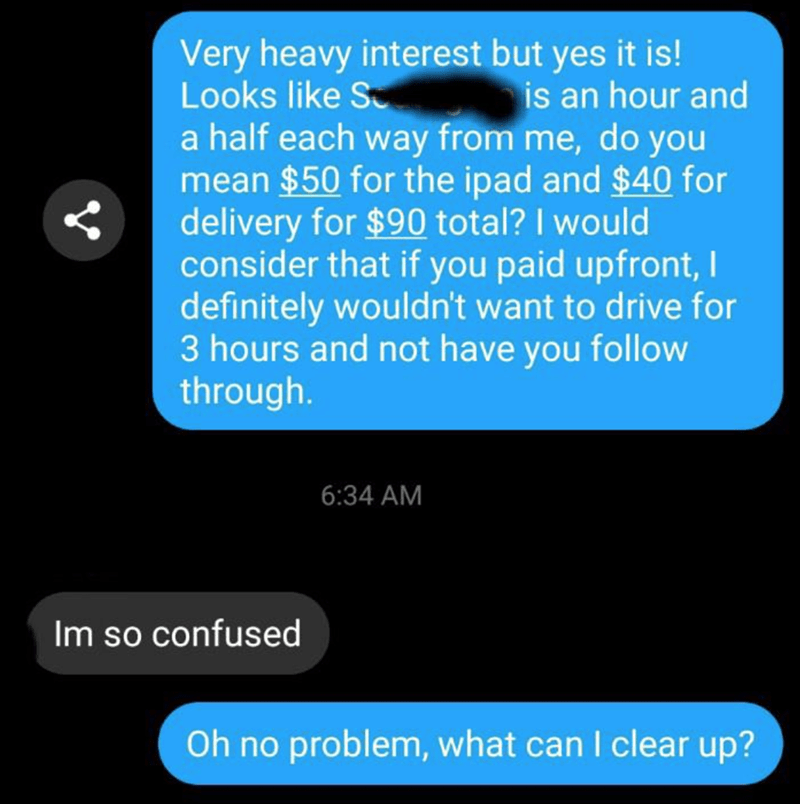 It makes no sense to do that. It would basically mean he is giving the -iPad for free. 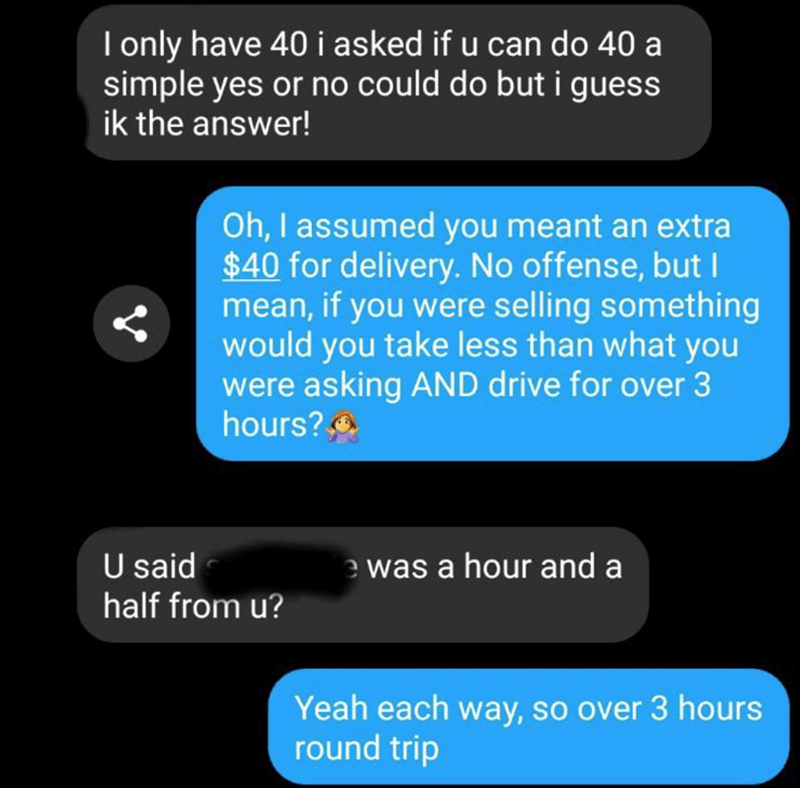 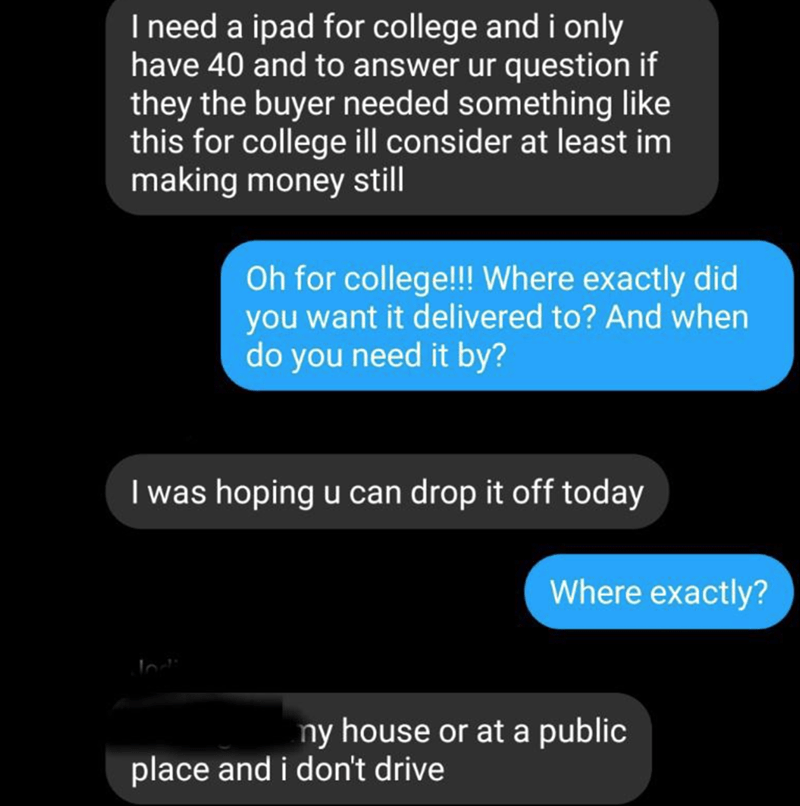 However, this is when this guy decided to have fun with the choosing beggar. 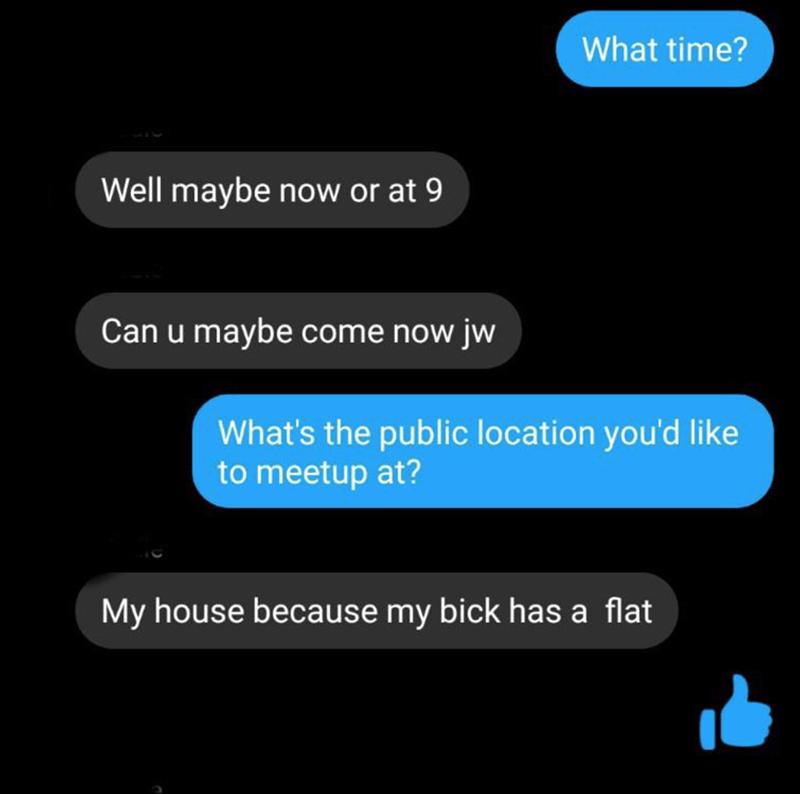 He let them think he was on his way towards him. 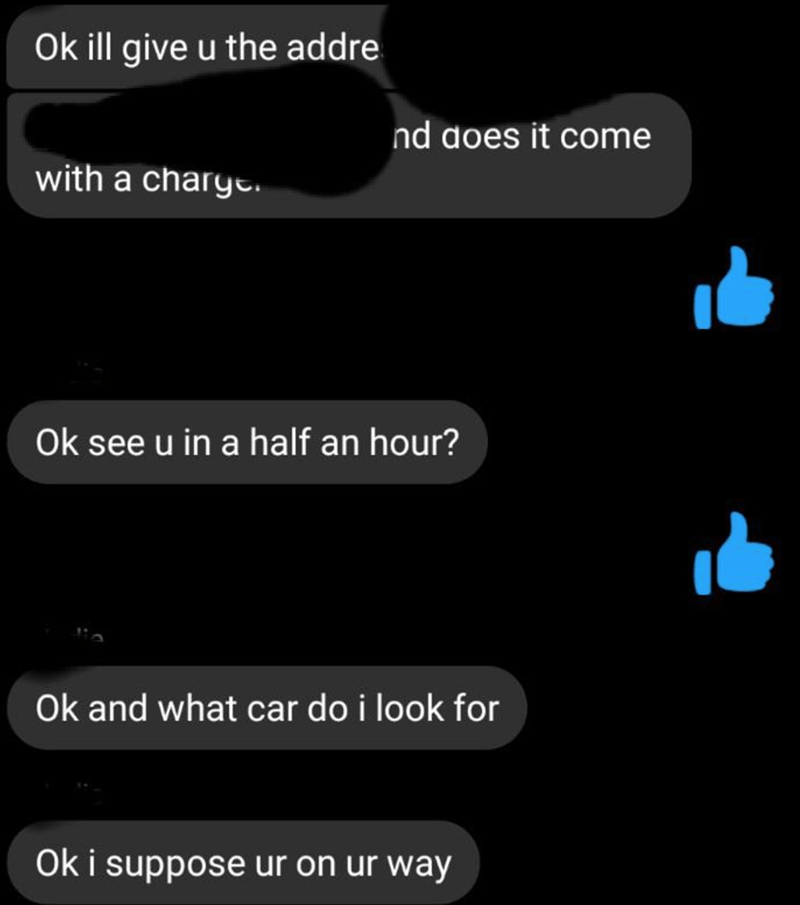 He went to a lot of effort to make it seem like he really was coming there. 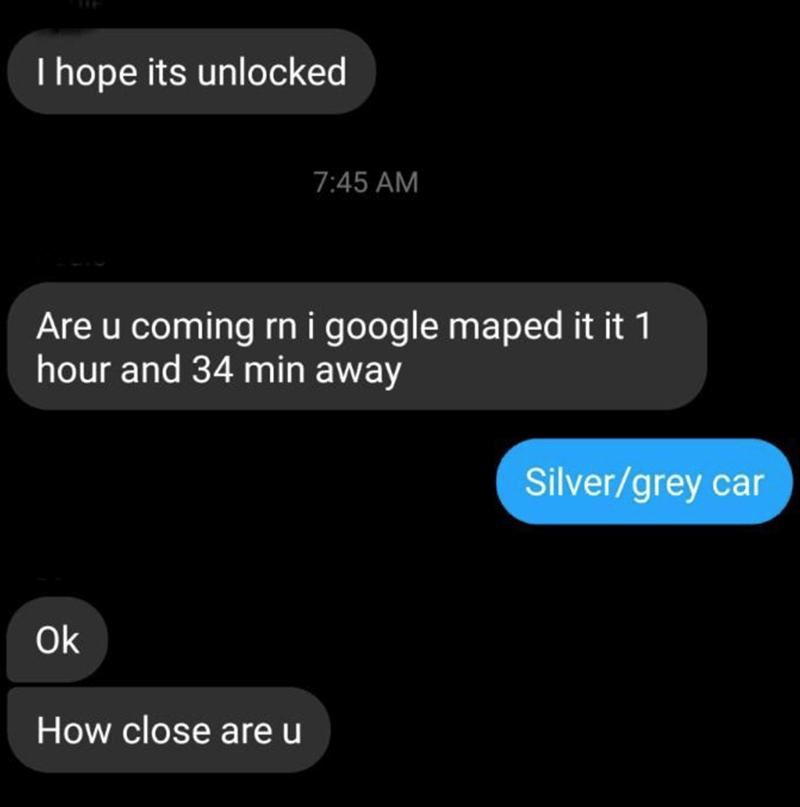 This should have been a hint. Nobody would call off work. 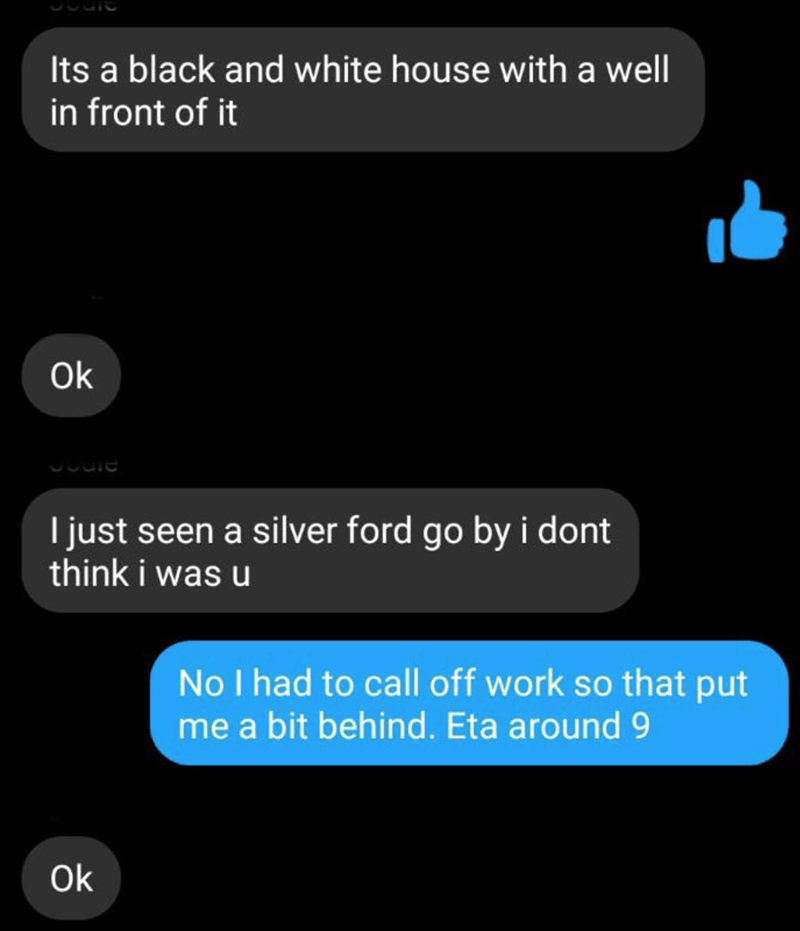 For context she first texted me at like 3am? I woke up around 6 and thats when I first responded to her, honestly thought my first response would have shut her down.

When it didn’t I went FULL ON COMMITTED- googled her address and a delorean that was some level of believable and found nearby landmarks, watched the clock for a reasonable time to say i was driving by, etc. I sell things quite frequently, and this girl straight up OUTLANDISH. –Empress-Yzma

Giving him 5 stars will magically fix everything. 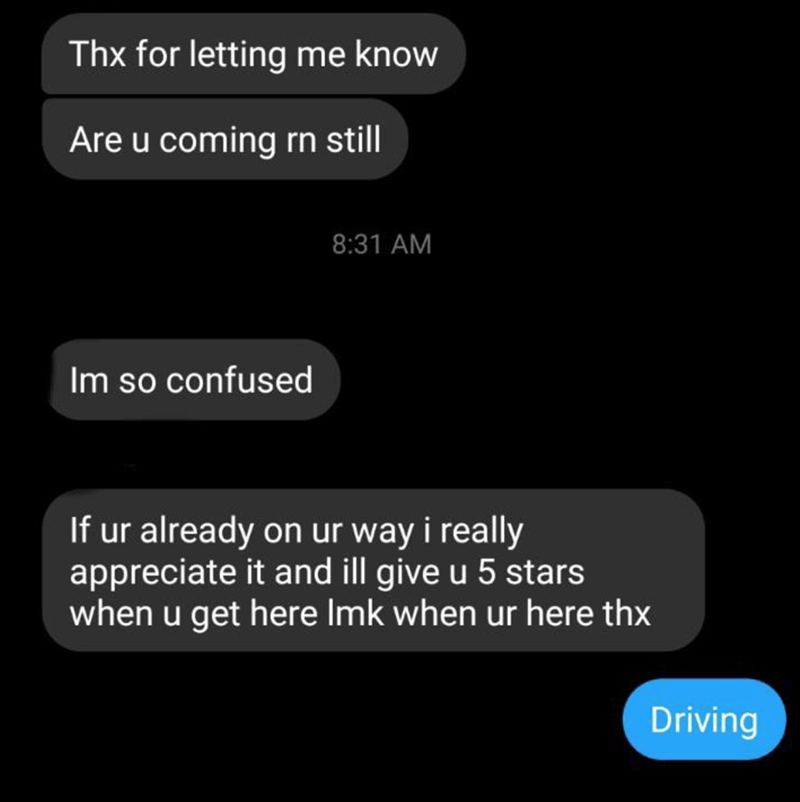 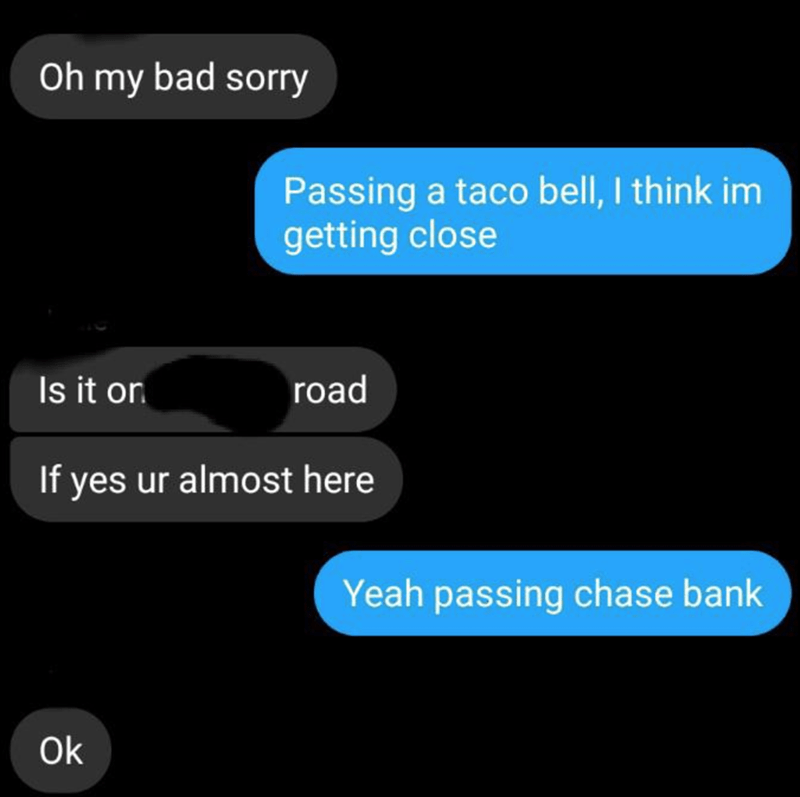 He even went to google to find an image of a car. 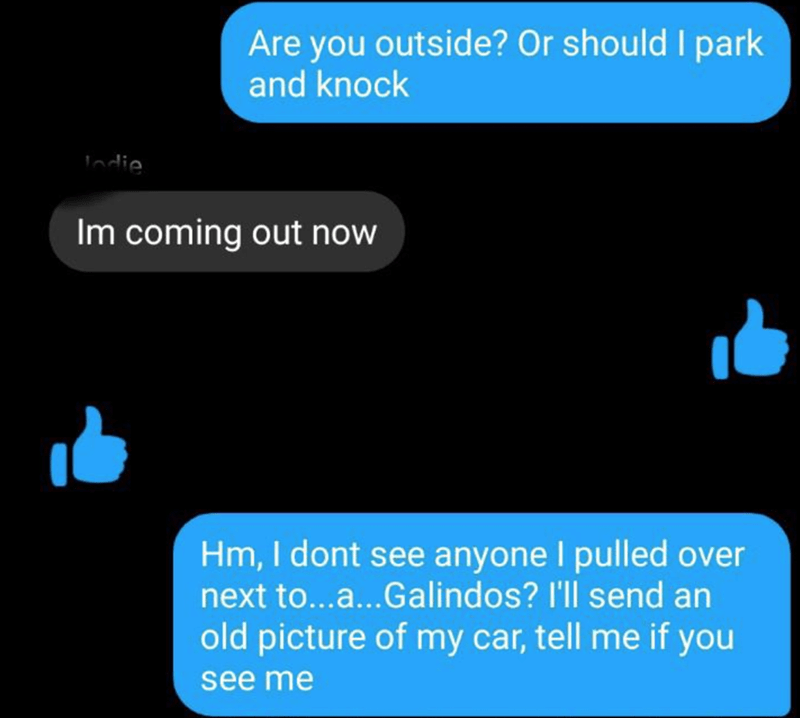 I think they meant a ‘bike’. 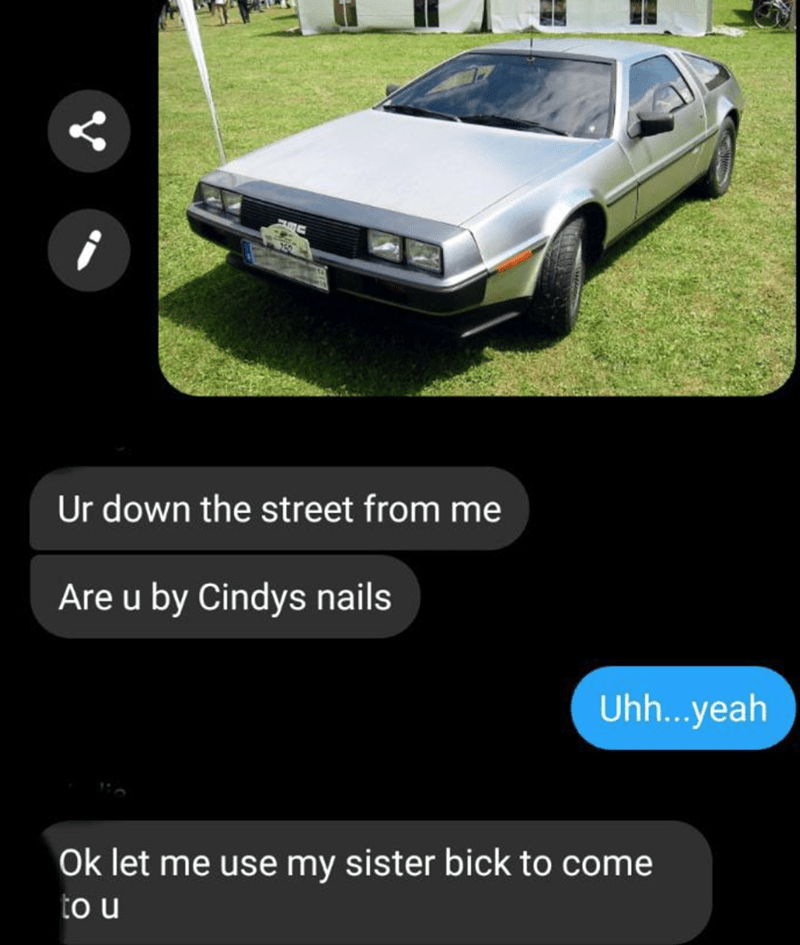 And this is when he revealed the truth behind all of this. 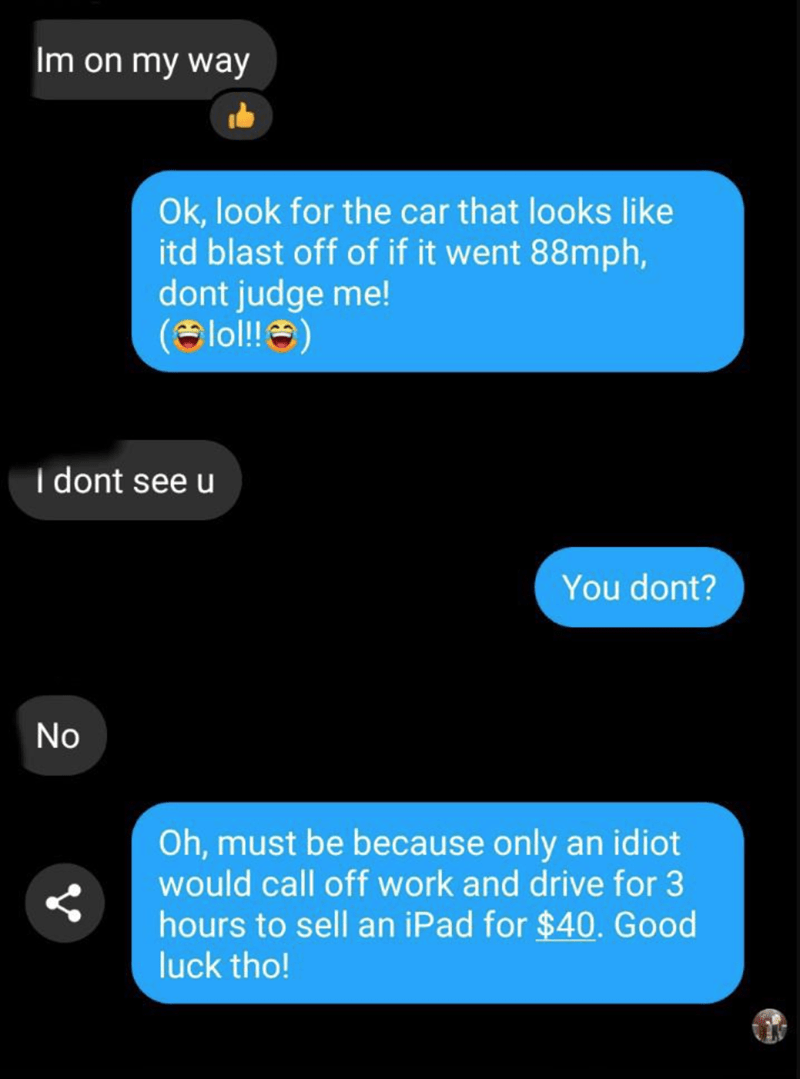 Honestly, he gets an A grade for trolling eh heck out of this person. I hope this taught them something and they wouldn’t do this again but knowing these people, they never give up.