Children should have the right to make their own choices.

We all learn from experience. Nobody really learns about real life through textbooks or other people’s experiences. Every child wants to explore the world and try new things. You can’t contain your children no matter how hard you try to control them. This is why strict parents always raise incredible liars. The more restrictions you impose on your kids, the smoother they will learn to lie. My parents were overprotective when I was a child, but that did not stop me from doing whatever I wanted. It just encouraged me to learn how to lie better and I got so good at it that I could conjure up a totally believable lie at the spot. It is better to allow your kids to do what they want so they could trust you and tell you where they are and what they are doing.

This man on Reddit shared the incident of his wife fighting with their teenage son because he wanted to dye his hair pink. He described his wife as “overprotective” because she would argue with their son about everything. It got to a point where the son stopped talking to her. Read the whole story below:

The 16-year-old son came home with a pink hair dye saying he wanted to dye his hair but his mother fought with him for three hours saying he would ruin his hair color. The dad thought it wasn’t that big of a deal. 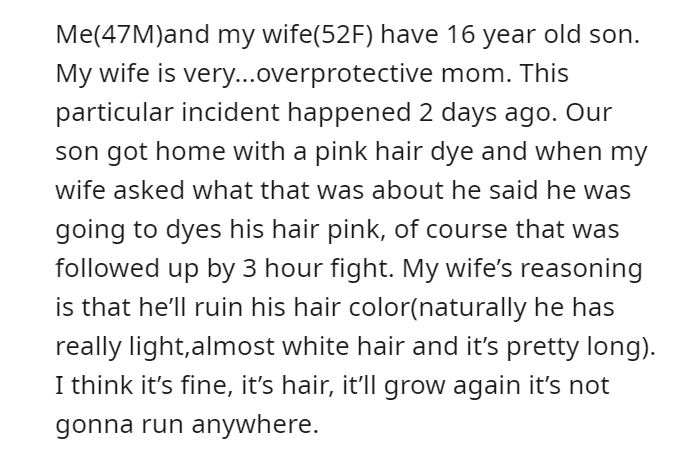 Every time the man would defend his son for his choices, his wife would berate him. The man tried talking sense into her but it never worked. 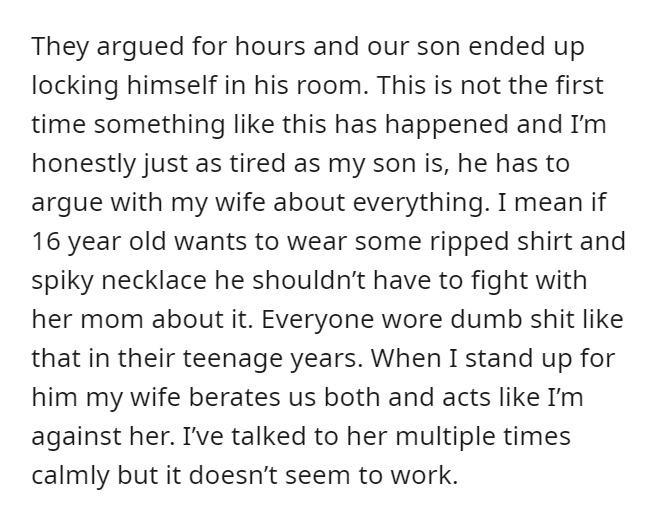 The guy told his wife she is acting ridiculous now and she started crying about how he should stick up for her because she is his wife. 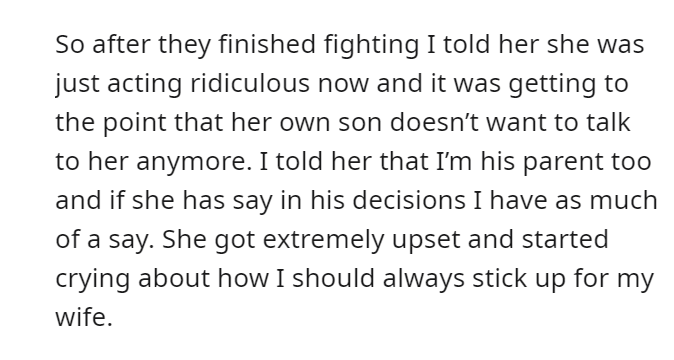 This is why the guy thought he might be in the wrong:

In my opinion, this guy’s wife has serious control issues. Just because that is her son does not mean that she gets to impose her decisions and choices on him. Instead of realizing her mistake and becoming a better parent, she tries to emotionally manipulate her husband by crying. The woman is completely in the wrong here. 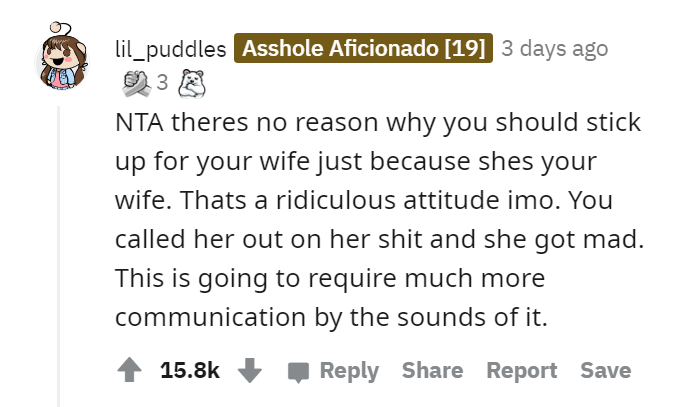 A couple should grow together. 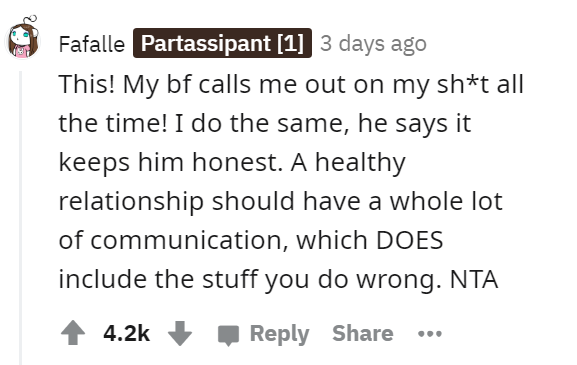 We are glad the man sticks up for his son.

The guy shared that he lets it go most of the time. 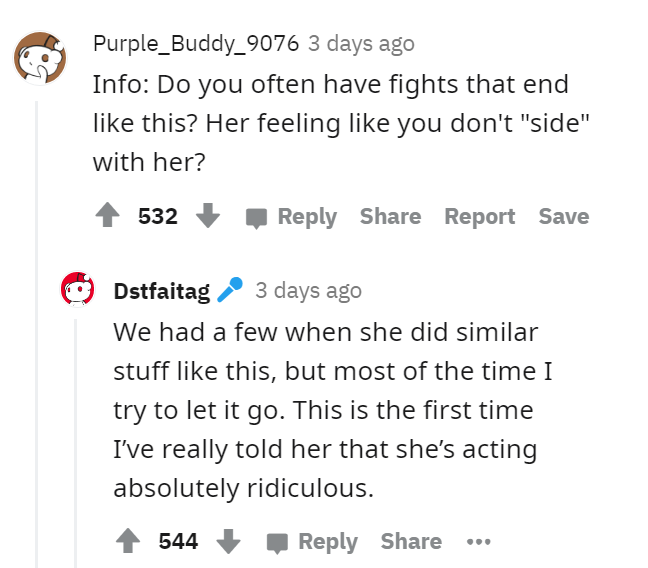 His wife should stop before she pushes her son away.

It is just hair. It isn’t such a big deal. 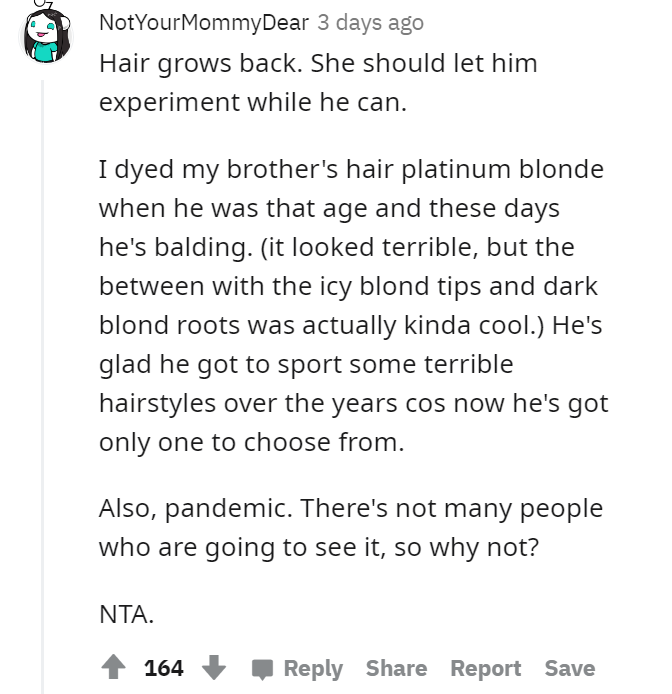 Some people bashed the guy for taking too long to intervene. 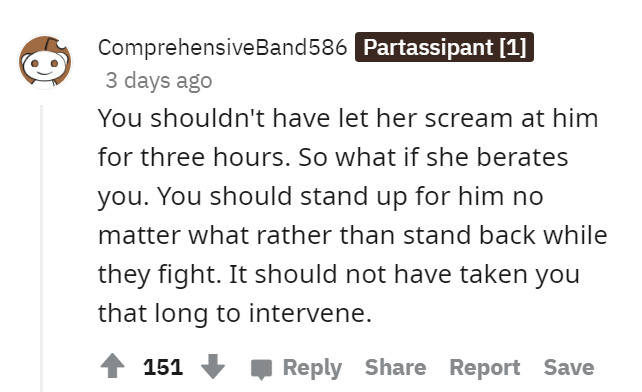 The person called out the dad for taking too long to stand up for his son. 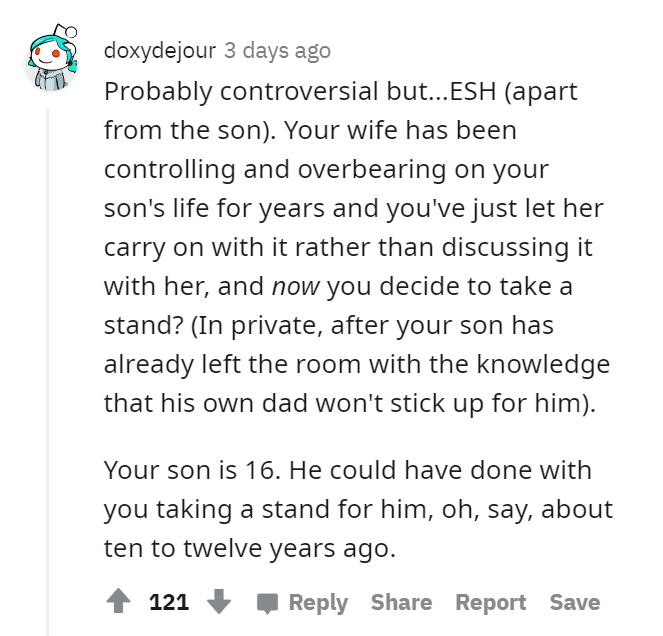 The son will end up hating her. 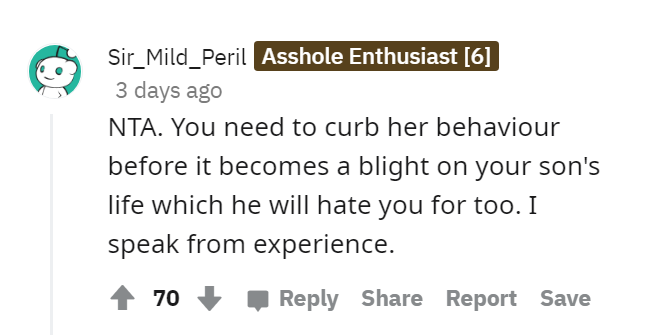 Who do you think is in the wrong here? Let us know your opinion in the comments below.