It’s hard to live in a place where your native language doesn’t exist.

Native/mother language is a part of every person that exists in their mind. For anyone who doesn’t have English as their main language, translating any sentence at the back of their mind and converting that phrase back into English can sometimes be a little hard work, but speaking your first tongue, is always easier to do so. Problems can occur if someone decides to negate someone’s mother language and doing so is very rude. It can sometimes make the person agitated and rightfully so. It’s somewhat racist to cancel out someone speaking their mother language. A person will feel not welcomed in a house where people demand him to live and speak according to them. Every person should be allowed to talk to their family in their mother language at least, without their extended family being rude to them. That’s common human decency.

This German father asked Reddit whether he’s an asshole for asking his mother/father-in-law to F-off for not letting him refer to his son’s toys in german, to let the boy would get familiar with his native tongue. The whole argument got heated and left a bad taste in everyone’s mouth. But then again asking someone not to speak in their native language just because they’re in a different country or state is weird.

This father asked Reddit whether he was wrong for talking to his son in his native tongue in order for him to get familiar with his mother language. 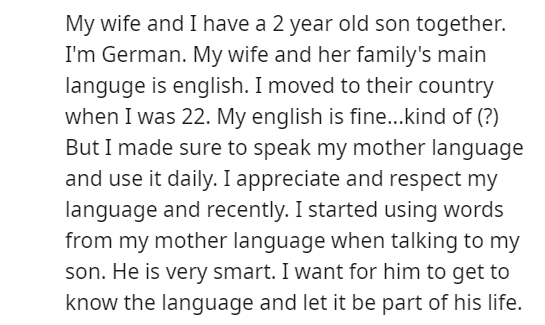 He visited his parents-in-law for a couple of days and he was playing with his son.

He referred to his son’s toys in German and wasn’t expecting his parents-in-law’s bad reaction to it.

The son’s MIL reacted very rudely to it and asked him to stop talking to his son because he was in an ”English country”.

He got into a heated argument with his parents-in-law and was forced to leave when the cursing got intense.

Rather than taking her husband’s side, she started being rude and disrespectful towards him.

In my personal opinion, I think this whole scenario could’ve been avoided if the parents were a bit more open-minded and understanding rather than straight-up being hypocrites. They should have given the father a safe space to be who he is and express himself however he pleased.

This is what other Redditors had to say about this incident. 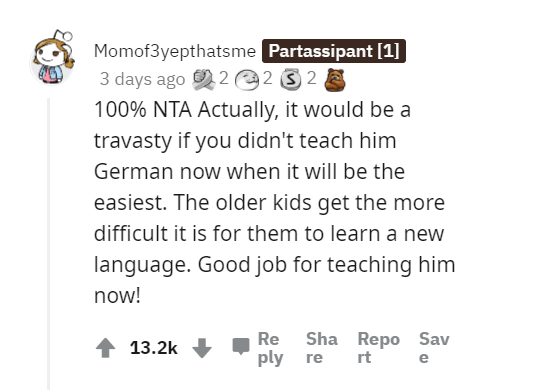 This Redditor shared her story, stating that it’s important for the son to get familiar with both languages, so he doesn’t feel cut-off. 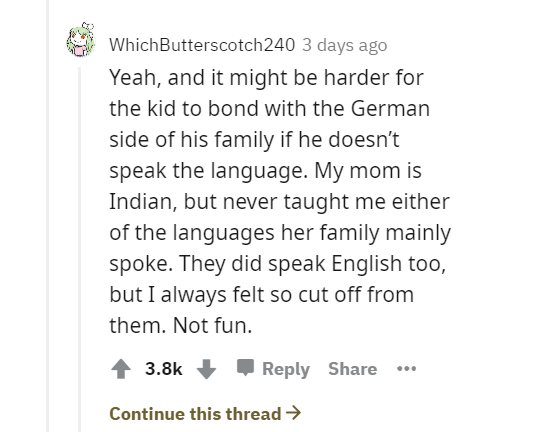 This Redditor explains how the couple’s parents-in-law need to keep their boundaries. 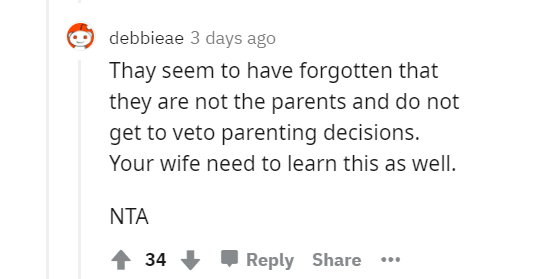 Learning a different language from any of your family members can be really helpful in life. 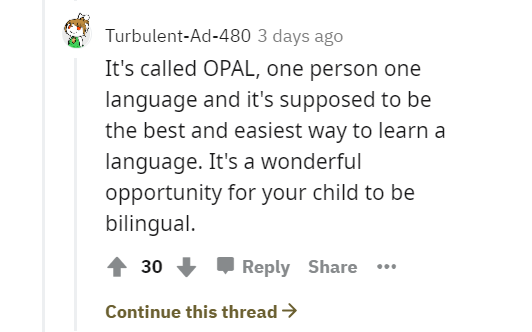 This person calls the son lucky for having the option to speak 2 languages. 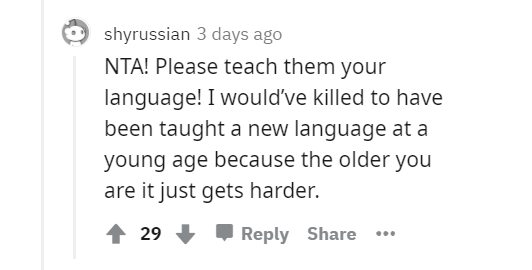 Most people sided with the father and agreed with his reaction. Whether you agree with him or not, let us know in the comment section below.