Have you ever called the cops on your husband? Well, this lady did but unintentionally!

In another episode of AITA, a lady called the cops on her husband and why did she do that, we’ll get to that in a minute. Before starting, as always, we would like our new users to get familiar with what AITA is and what does that mean. AITA (Am I The A-hole) is a Reddit’s thread that got so famous that many of the people have started sharing their life stories now. Why would anyone wanna do that, right? Because they want legit opinions and suggestions from other people whether what they did was right or wrong. So, basically, an individual would let other people be the judge of his/her choices.

It’s always good to have another perspective on it, isn’t it? It serves as therapy because we can’t always trust our families or friends to not be biased about things as obviously they would automatically be inclined towards defending their own people. However, now that you know what it’s about, let’s move towards the story. A girl shared her story of how her husband took her car and she had to call the cops as she was freaked out! If you have already started to judge her, you should know that she wasn’t aware of the fact that her husband is the one who took her car. Why did he do that and how it happened? Let’s hear it out!

1. Her husband clearly didn’t have any self-respect, at all. 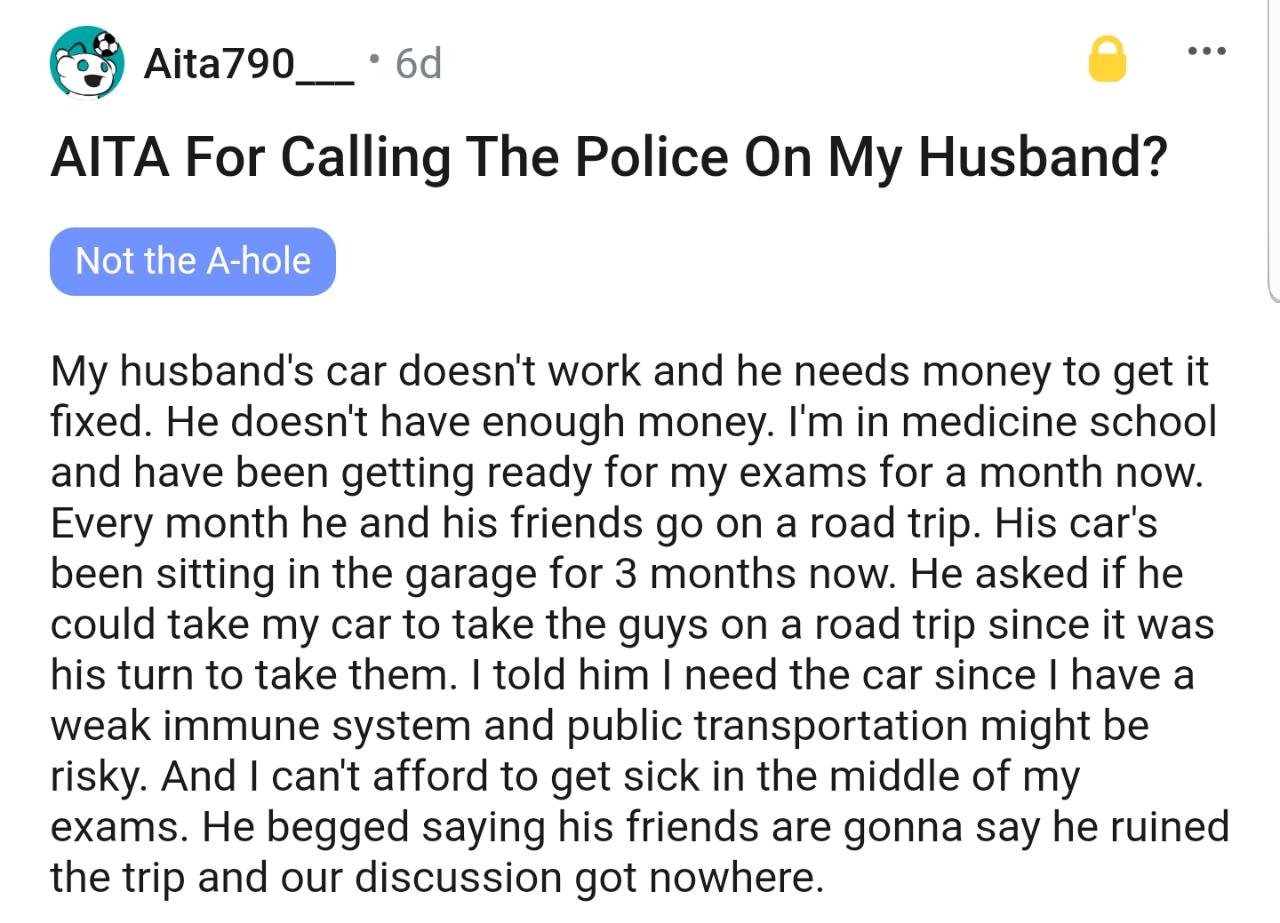 Not only did he emotionally blackmailed her but also embarrassed himself as well.

2. So curious to see where it leads!

Completely ridiculous and we all know who did that, of course!

4. HE WAS UPSET? Because he got caught with HER car? 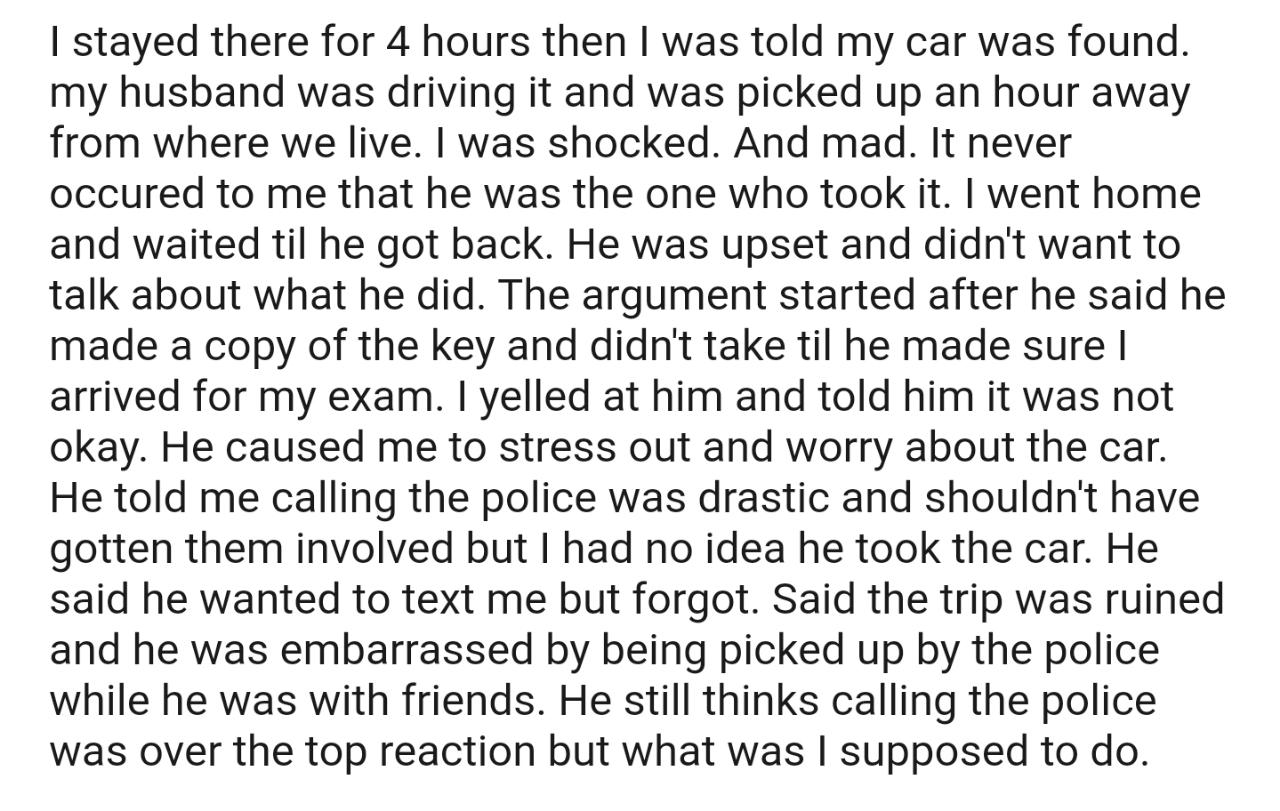 Well, that’s pathetic AF! Obviously, he would think that’s an overreaction because he has nothing else to defend himself. It’s a big red flag because why tf would you keep an extra key of your wife’s car with you? Most importantly, he’s worried about the trip even after all of this? Such an inconsiderate A-HOLE! But hey, let’s hear what people had to say about it!

YES! It is a huge red flag, indeed!

Well, that would be a little too drastic but would rather suggest to talk about things before taking such a big decision.

Yep, it was ridiculous of him to pull this stunt.

Oh well, so this was the end of the story and honestly, that was a very pathetic move by her husband! Wouldn’t say that she should just file a divorce but rather she should opt to talk things out and if it doesn’t work out, then she should definitely file a divorce because a person who doesn’t respect your privacy or your things, wouldn’t respect you either! Let us know what did you think of the story? Feel free to leave your opinions in the comments section below.