Long ago when canine was not house-trained they were an animal of wild roaming freely and preying on other animals and in order to survive in wild you have to do anything to save yourself. Canine now are domesticated and they are spoiled by the love humans give them. They do not have to hunt in order to eat, they just look at their owners or follow them, easy and the food is served. What do you think these domesticated canine can survive in the wild? There is this hilarious group of dog owners that says no they are definitely not going to survive out there in wild. These furry companions are soo much spoiled and pampered these days they do not eat their favorite food if the food is not prepared to their satisfaction. How are they gonna survive in wild? Let’s take a look at this hilarious reasons dogs owner shares that why their spoiled doggos are not going to make it in the wild. Make sure you watch it till the end.

1. This spoiled doggo is totally dependent on her owner 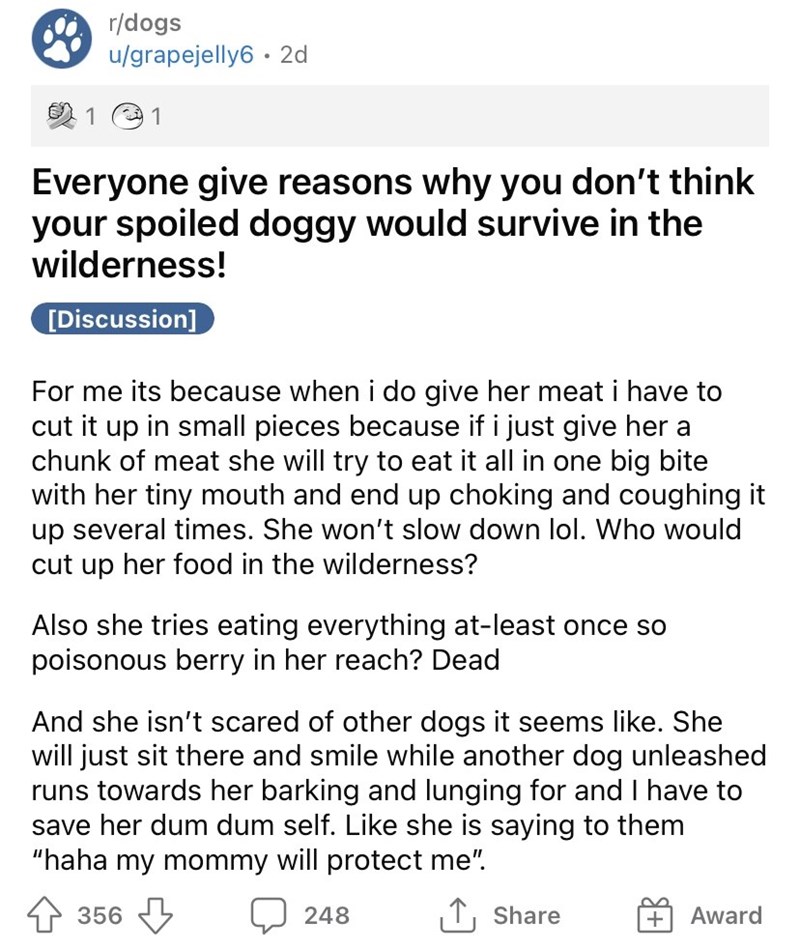 2. Wonder if this doggo would be able to be on track, he’ll probably be lost on his own 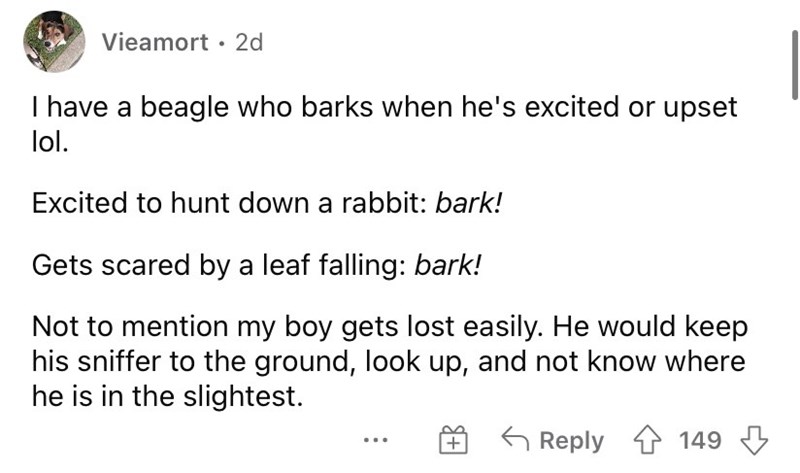 3.The crier pomchi has an interesting story you must listen to 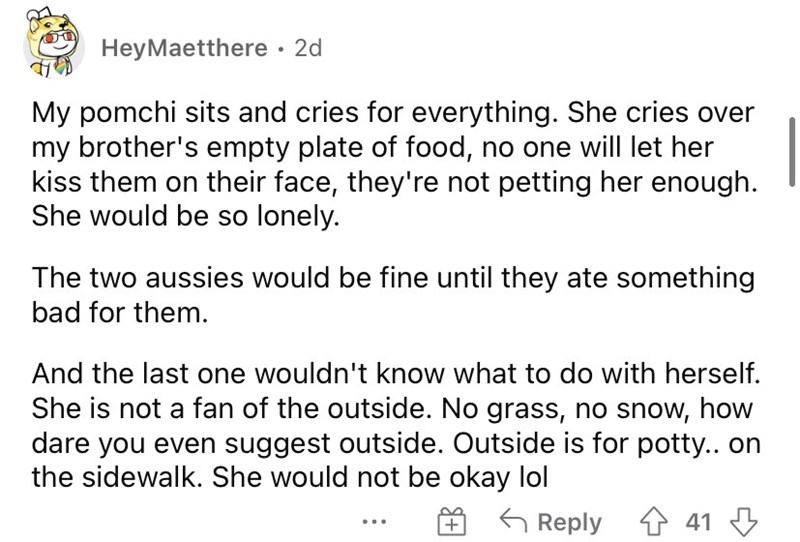 4. This dog cannot survive wilderness as his favourite documentary would not be there 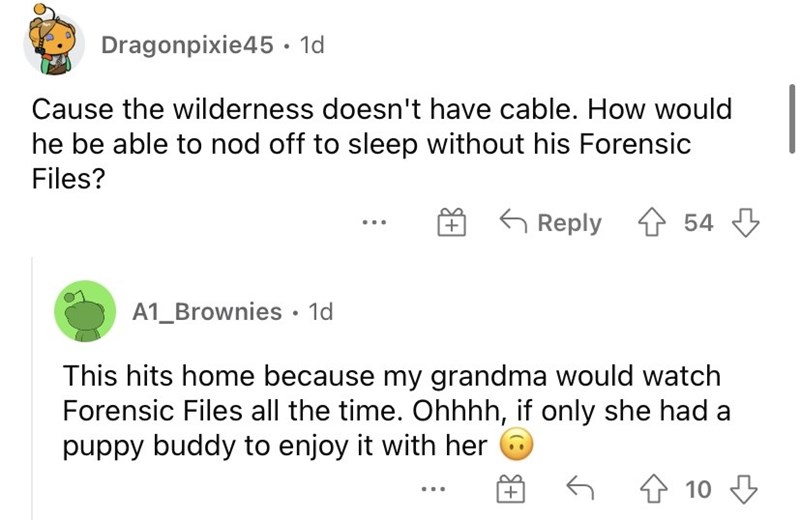 5. Well, we all know dogs are picky when it comes to food and wilderness doesn’t let you remain picky

6. When your dog eats EVERYTHING, there’s danger associated with it. 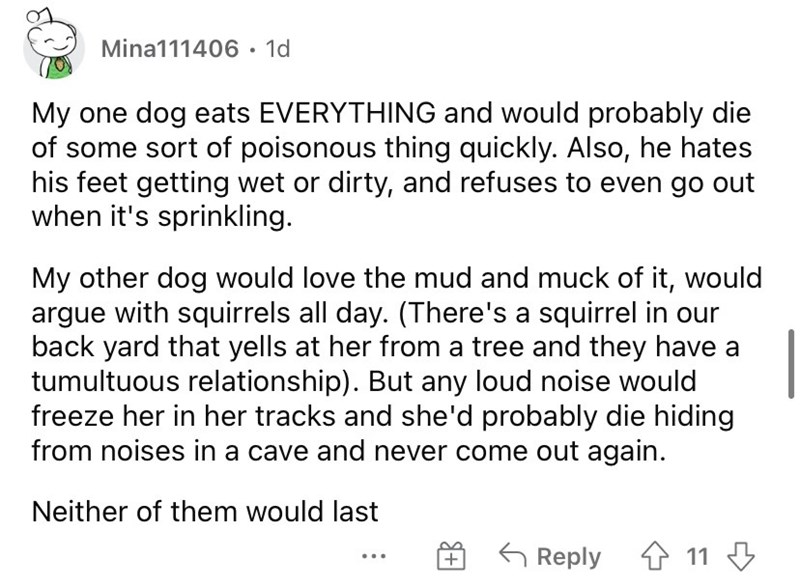 8. Dog who befriended thiefs as they gave her favourite biscuits 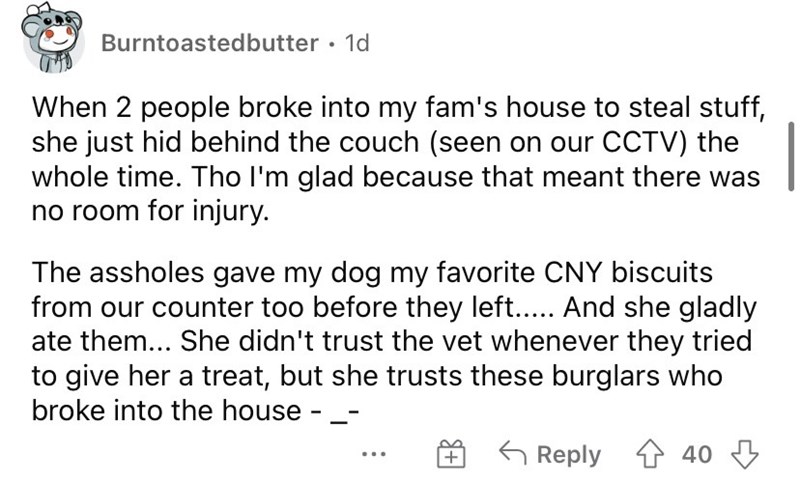 9. Cannot survive wilderness without umbrella, so..

10. Effects of being too dependent on people.. 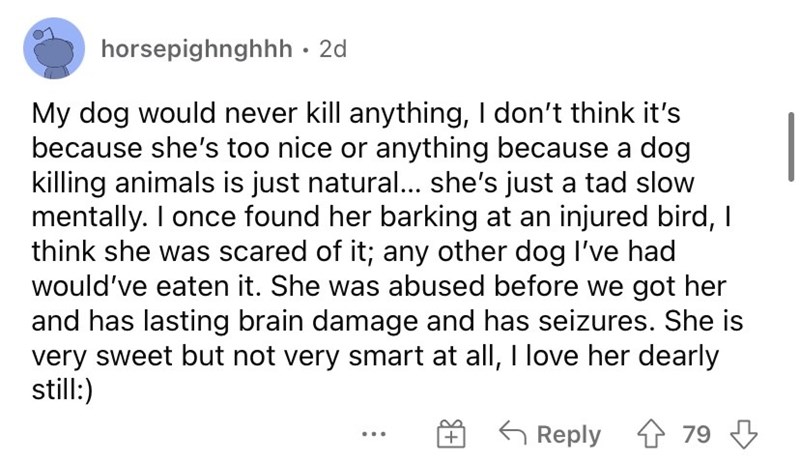 15. Doggo cannot stand as his feet get wet

These doggos have no chance to survive out there alone. These spoiled dogs are too sensitive to be out there struggling to survive in the wild. Most of them hate when their feet gets wet and this is pretty hilarious. Being out there in the wild means they would have to get immune to the feeling of their feet being dirty or wet. Here comes the toughest part how would they eat? Some of these doggos don’t even eat anything that are less than their expectations and some of these spoiled dogs eat everything at all. There are hundreds of poisonous things out there and these doggos would not hesitate to eat them out. What do you think of these hilarious reasons that their dogs are not gonna survive in the wild. Do you have a dog? Do you think that they will be able to survive out there in the wild? Share your thoughts in the comment section below, let us know if you can relate. Don’t forget to share and like. Stay tuned for more fun content.w