Cats can be a real pain in the ass.

If you own an indoor cat, you probably know what I mean. You take them out ONCE to have some fun, and they will spend the rest of their lives sitting in front of the door, scratching it and yelling at you to open it. I usually let my kitten Venus out into my front lawn for a while to have some fun but as soon as I bring her inside, she sits next to the window and stares outside as if I’ve never let her out her whole life. I really don’t understand how cats work. They should come with a manual because I think mine is broken.

Indoor cats also cause a lot of chaos. And once they are left on their own, they will destroy everything in sight. One such cat named Ella decided to disturb his whole neighbourhood when he went missing, and he had zero regrets afterwards! A guy on Twitter shared his story in multiple tweets of his cat going missing, and the thread is hilarious. Read it down below:

This is Ella, the orange moron. He has been missing for 36 hours. 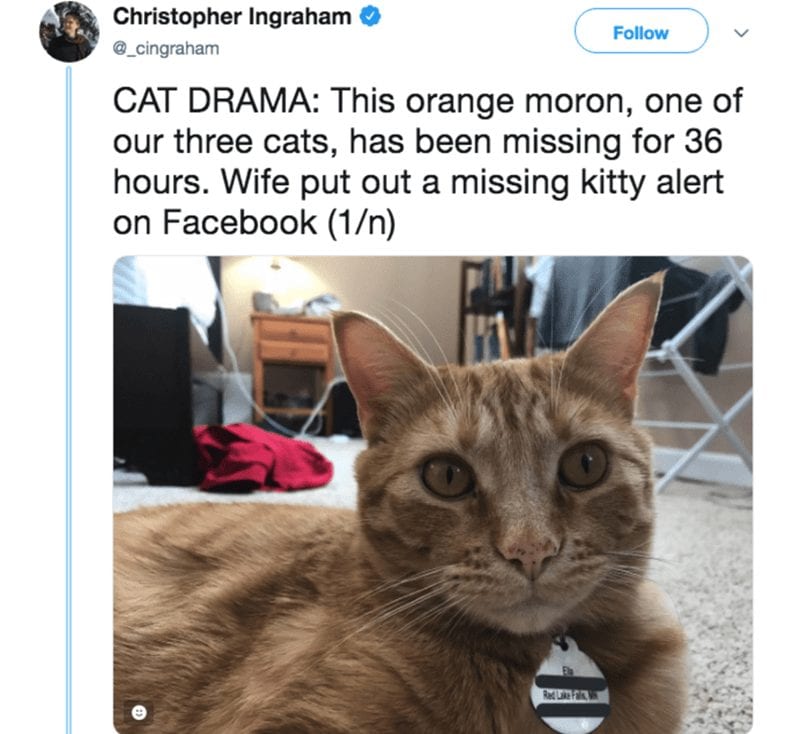 Word had spread about Ella being missing.

That’s where Larry came in, talking about an animal invading his home in the middle of the night.

Larry didn’t have time for his shit, so he just left it in the house. Zero fu*ks given.

So the missing cat’s owner goes to visit Larry. 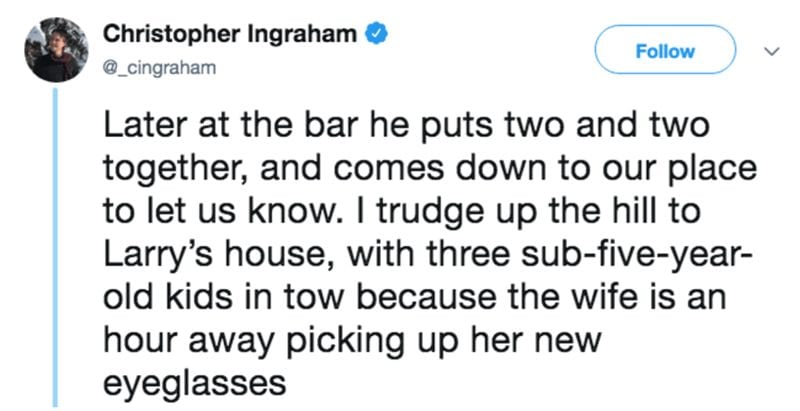 However, Ella doesn’t show up even when the guy calls for him. 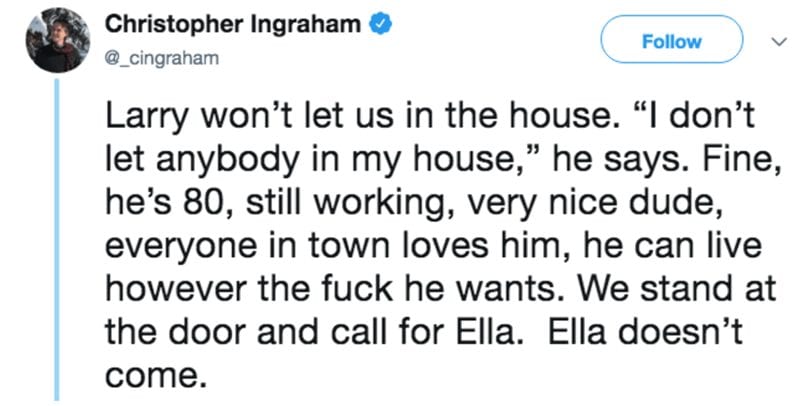 I bet he wants to eat his words now.

If it really is Ella in that house, he has probably turned the whole place upside down. 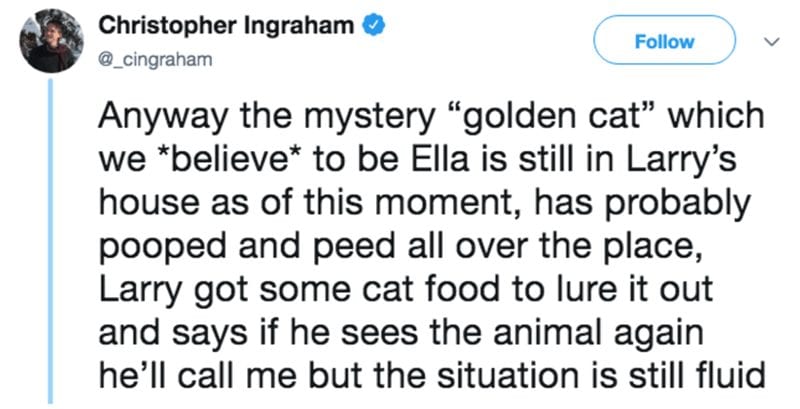 I aspire to be like Larry when I’m older.

But, sad news, there was no sign of Ella.

All jokes aside, it is actually very terrifying when your pet goes missing. Anything could happen to them. Someone may steal them. They could be hurt. They are probably starving or lost. I once lost my cat and I couldn’t sleep till I found him again. Look after your pets, guys. They are family!

So here are some of the possibilities for this whole situation. 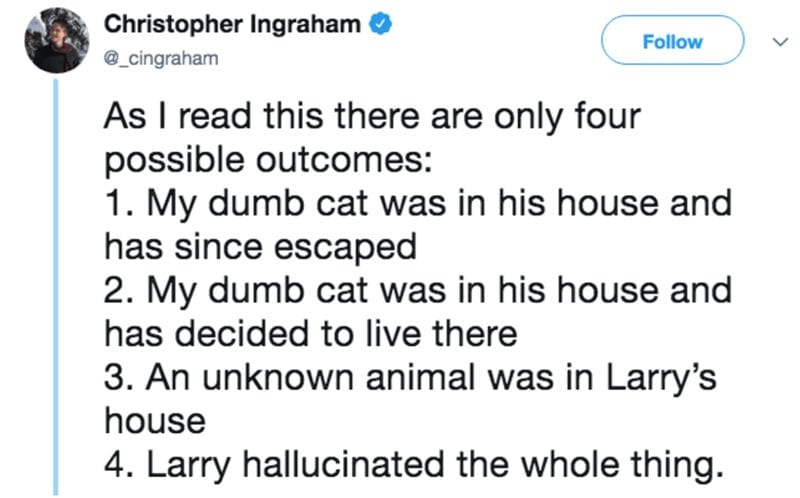 Let’s see where this goes.

We don’t care about Ella, we just hope Larry is alright.

Larry is a national treasure, honestly.

So the “news” by Larry was not really news at all. Still waiting for Ella.

Ella is probably just scared and hiding from everyone.

He was in Larry’s house after all! 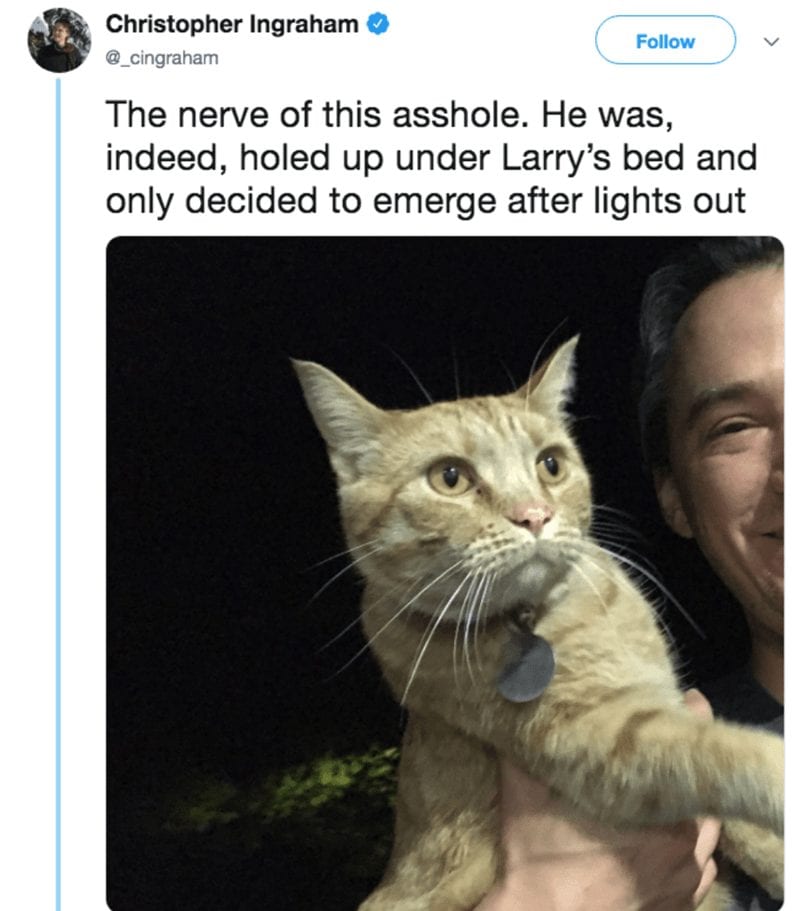 He is oblivious of the trouble he has caused in the entire town.

He shows no remorse whatsoever. 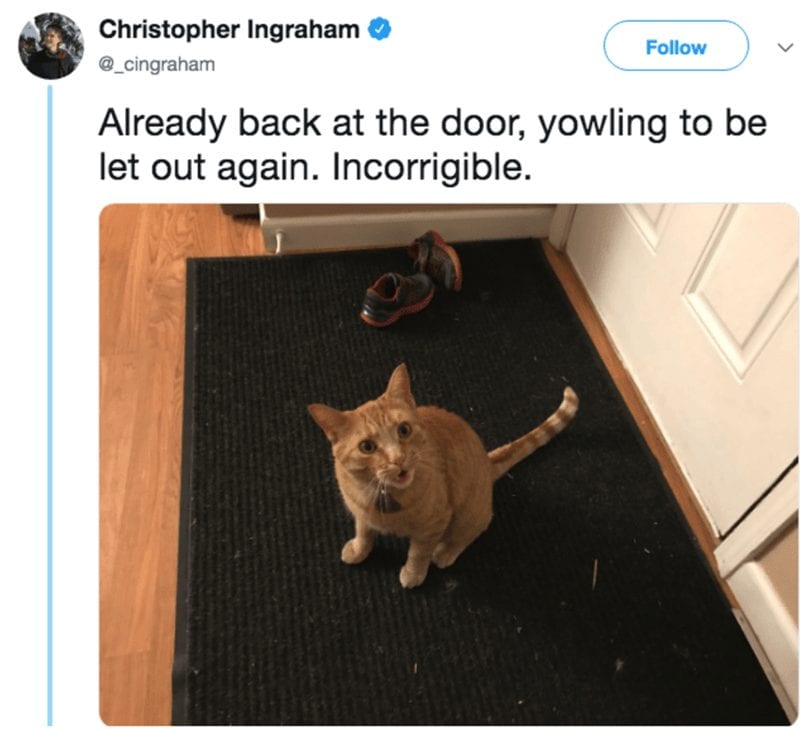 But I think he is happy to finally be home. 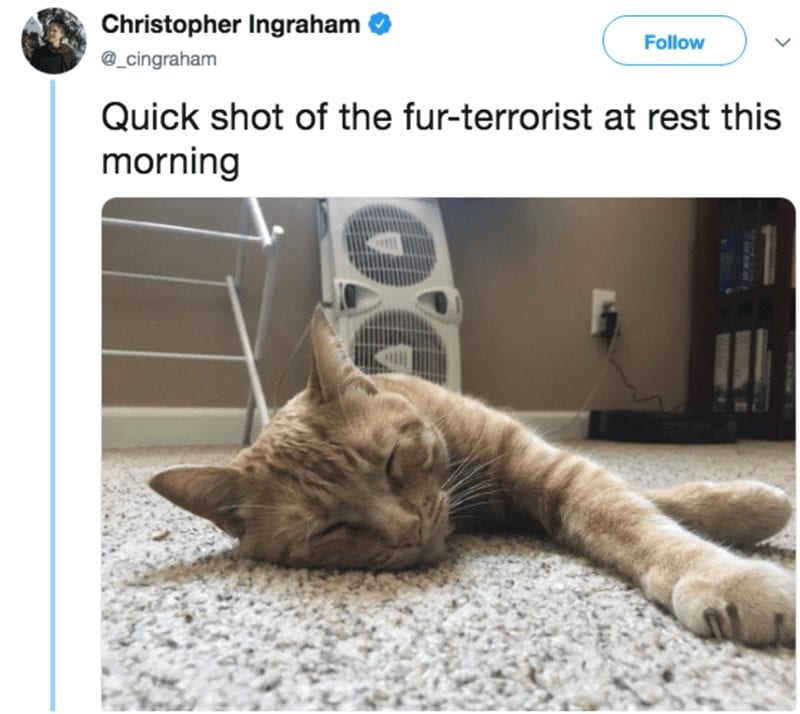 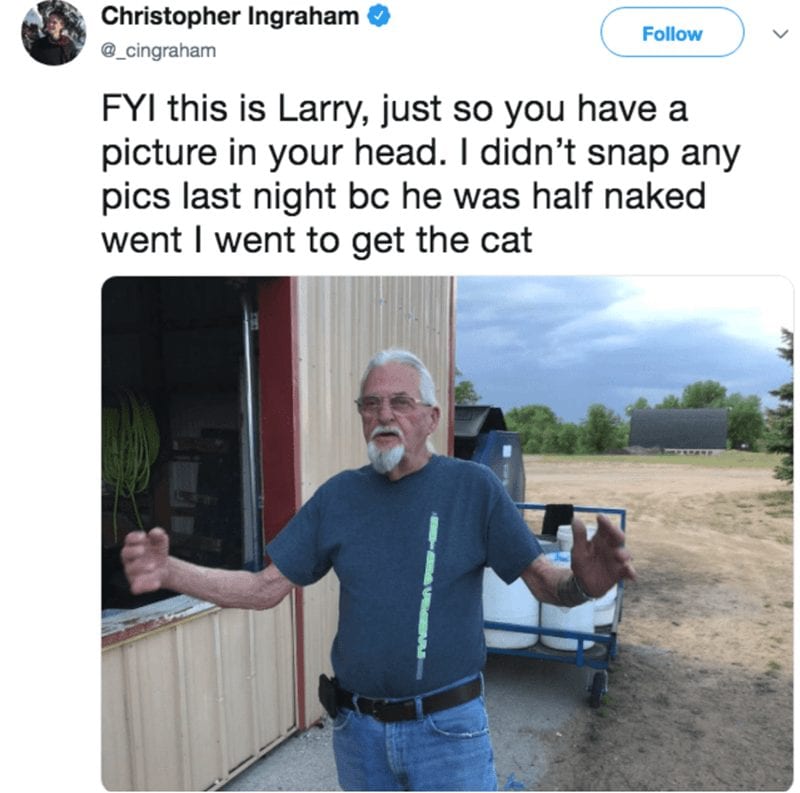 Well, it was a happy ending after all! We are just glad Ella made it home safe and sound. Has your pet ever gone missing? How did you find it again? Let us know your stories in the comments below!