Every town has a story to tell.

We all have a local neighbourhood story to tell. They are usually silly stories about someone getting arrested for doing something crazy, or a very generous neighbour who would help everyone out. Some stories give us hope and make us believe there are still good people left in this world. If evil exists, so does good. And from our little neighbourhood tales, we usually hear about a lot of pious people who were very nice to others and helped out complete strangers in need. This restores our faith in humanity from time to time. So it is always good to read such a story about a certain town every now and then. It makes us believe good people are everywhere too. And when the world seems dark, someone just might come to you with a candle and take you out of the darkness.

So today, we will tell you a tale from Chicago that will restore your faith in humanity. This story is of Tamale Guy, who was an amazing person by heart and the whole neighbourhood looked after him. The Tamale Guy was there for his people and the people repaid him when the time came. Charlie Rohrlack narrated this whole story, and it was so wholesome that it warmed up our hearts. Scroll down below to read it and restore some of your faith in humanity:

The Tamale Guy would usually be found serving tamales to people that were alone at bars drinking late at night. That used to be his sole source of income until COVID-19 hit and there was no way for him to earn. So people began demanding home deliveries from him. 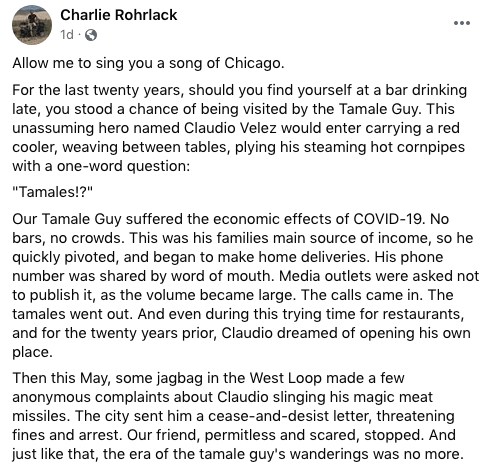 This was until someone snitched on him and he received a cease-and-desist letter. So the poor Tamale Guy had to stop his home deliveries too. How could someone do this to a poor guy who was no other way of making money? It wasn’t as if he was harming anyone anyway.

But then hope was restored when someone set up a GoFundMe for the Tamale Guy which raised $36,000, with which he opened “Tamale Guy Chicago.”

But his bad luck seemed to resurface and he contracted the virus. He fought for his life. He had to be put on a ventilator, and this time the community paid him back by setting up another GoFundMe and raised $56,000 for his medical bills. He finally came out alive from the situation. And he is still looked up to by the community as a really strong and wholesome guy. 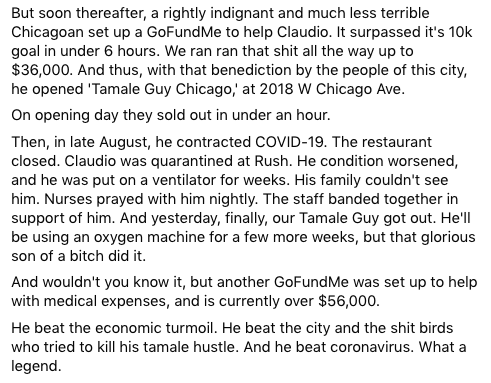 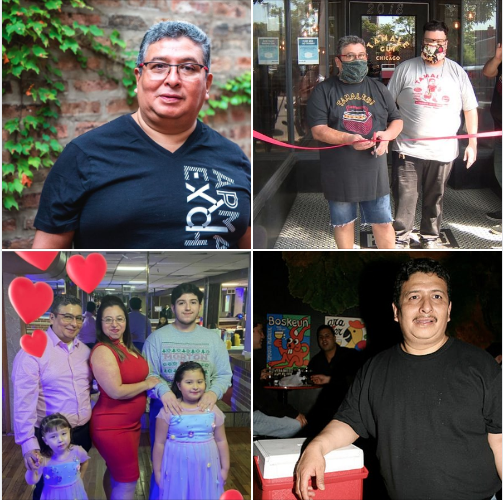 Well, wasn’t this such a wholesome story? Do you have a story to tell from your town too? Share it with us in the comments below!