What do you picture when you think about a pet?

Probably a cute little animal cuddling up with their human. They might be furry or small, smiling at their human and looking like an angel. Well, animals are definitely angels, there is no doubt about that. But they can become the devil too whenever they choose to be. Animals can be very sweet and cute but it only takes them a second to turn their whole image around. They do not care what anybody thinks of them. When they are playing around, they have no care in the world. They just want to be themselves. So they set themselves free, which results in them doing the weirdest things we have ever seen. Animals really are not hard to entertain. Take a dog for example. They can spend almost thirty minutes just chasing their own tail. And us humans are not hard to entertain either, we would be happy watching a dog chase its tail for 30 minutes. It is just the way that they are. They are natural and do not restrict themselves from having fun, and that is what we love the most about them. They do not care if anyone will laugh at them for doing something weird. They will do it if it makes them happy. After all, happiness is the only thing that matters at the end of the day. And we just want to see our pets happy.

Pets can be real derps too. Sometimes they think they are really smart and try to achieve something but they end up making a complete fool out of themselves. Watching an animal be silly can be really entertaining. You will never feel bored around an animal that is playing around or exploring things. They will do the funniest antics that will leave you in fits. If you are ever bored or even feeling a bit down, just go sit next to an animal and you will forget about all your worries. You will become completely invested in the weird things the animal would be doing. Scroll down below to see 16 images that show the weird side of animals.

“Today we discovered that a large Labrador can’t fit through a cat flap.” 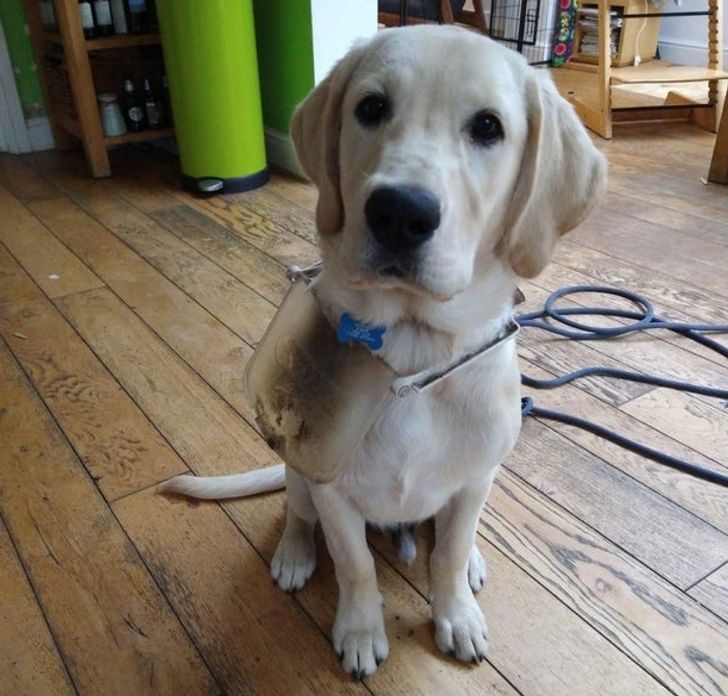 “This is how my cat asks for pets every night before bed. I still get startled every time.” 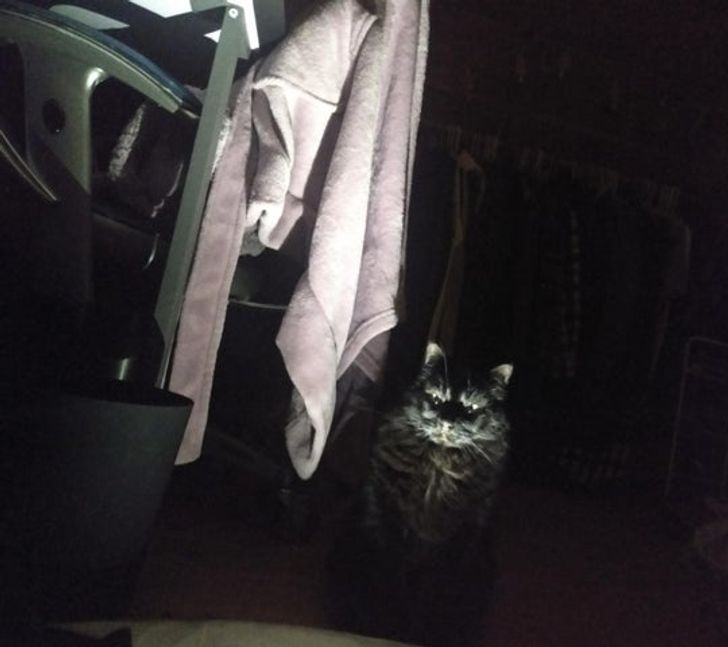 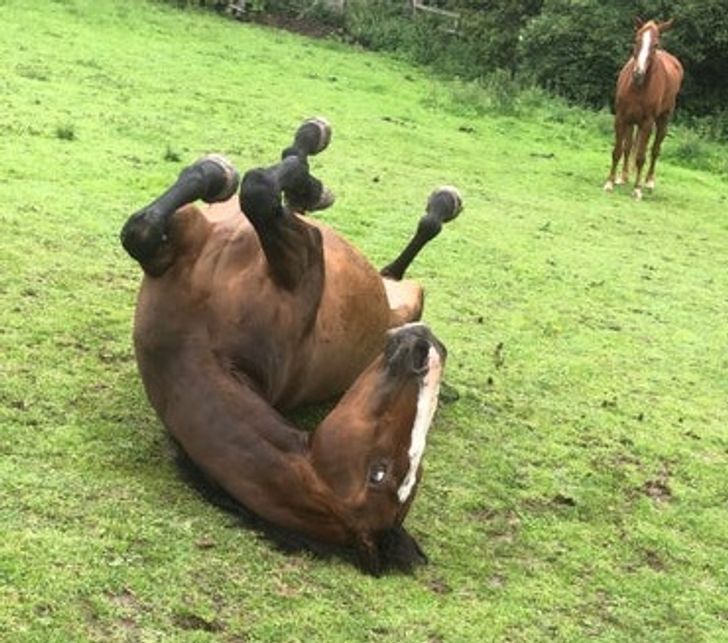 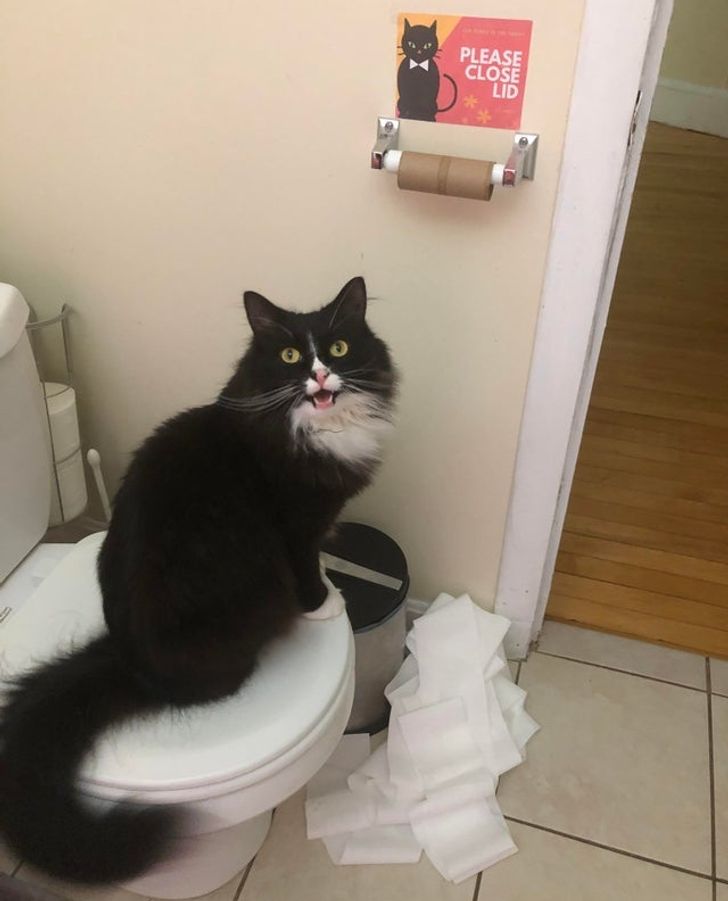 “My kitten has recently become obsessed with sitting on his older brother.” 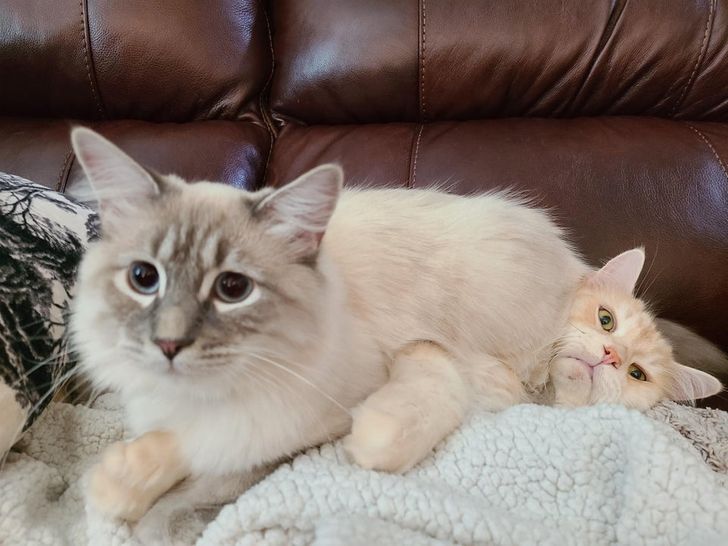 “Hey! I noticed there was something in the way of this window! I fixed it for you!” 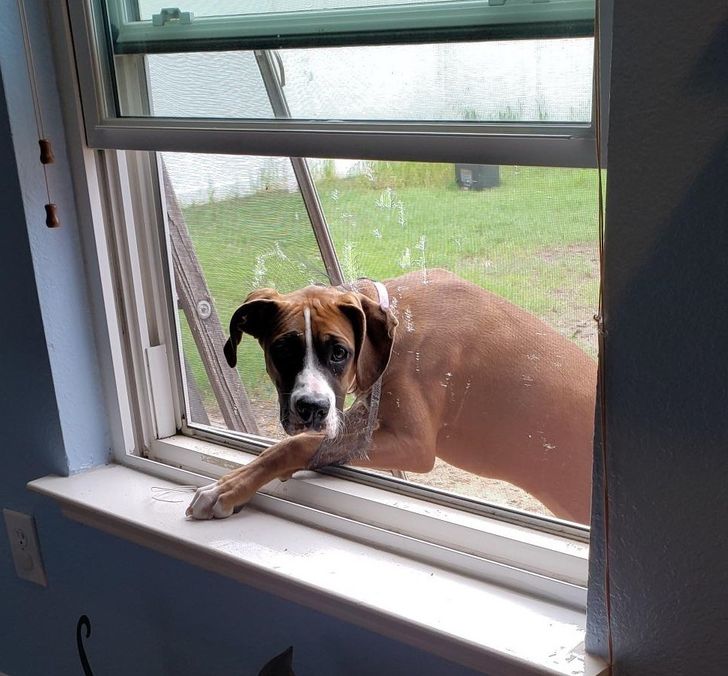 “We put a GPS tracker on my cat and he drew a cat for us.” 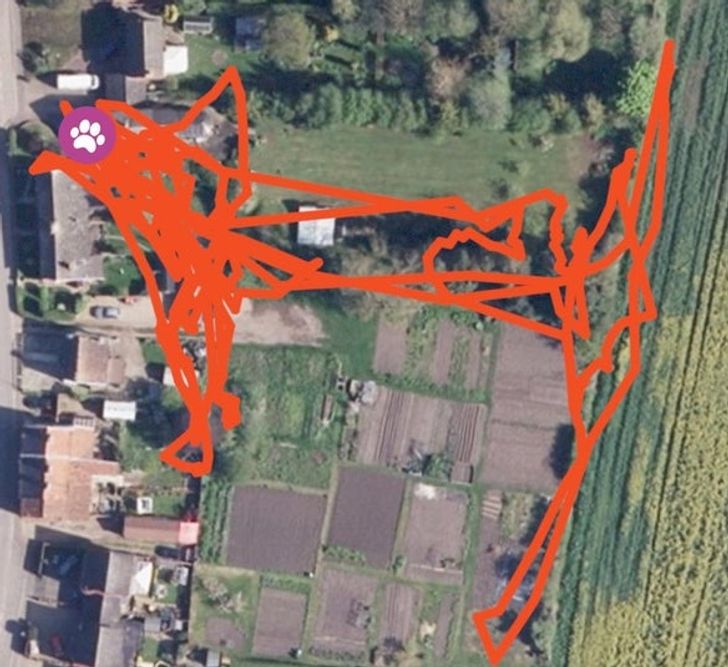 “My brother’s cat saw a dog for the first time.”

“I just wanted to drink my coffee in peace.” 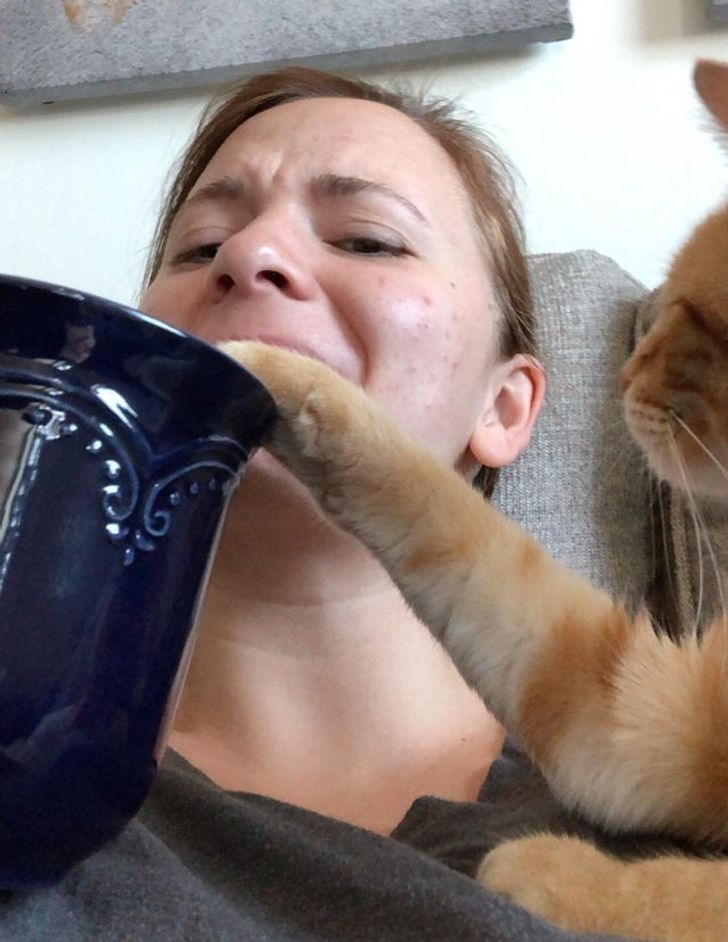 Just look at these derps! Do they even realise how funny they look in these photos? I am sure even if they knew how hilarious they looked, they would not care. What matters is that they are having fun. Scroll down below for more weird animals.

“She may look cute, but she’s got her teeth gripped around my finger.” 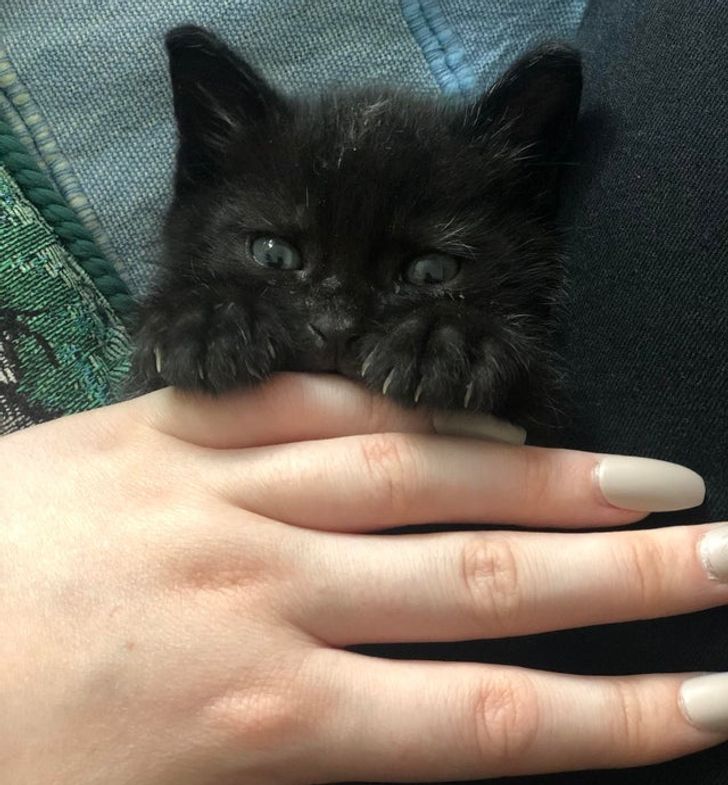 “Can I please go to the bathroom in peace?” 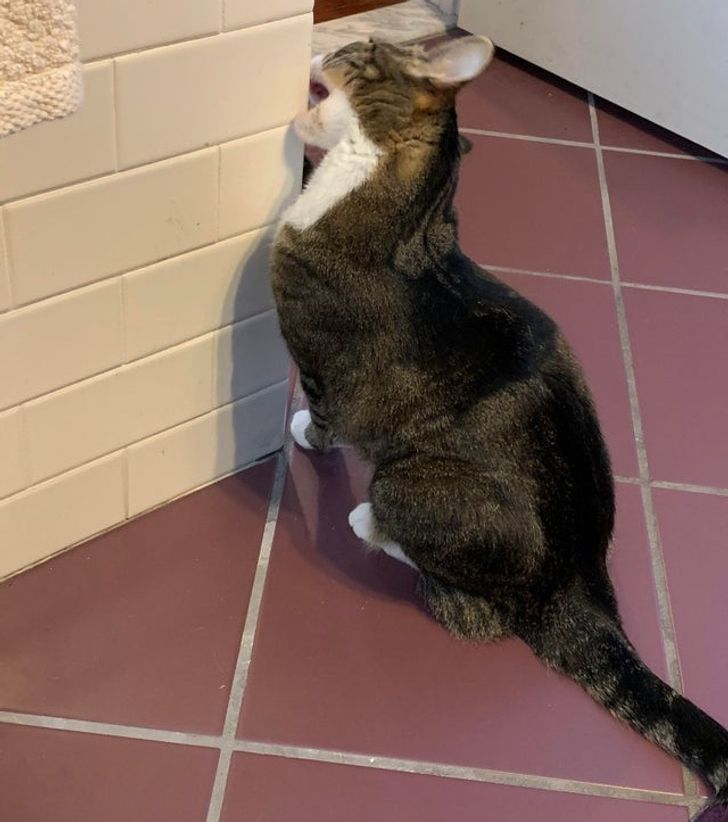 “The way my cat fell asleep” 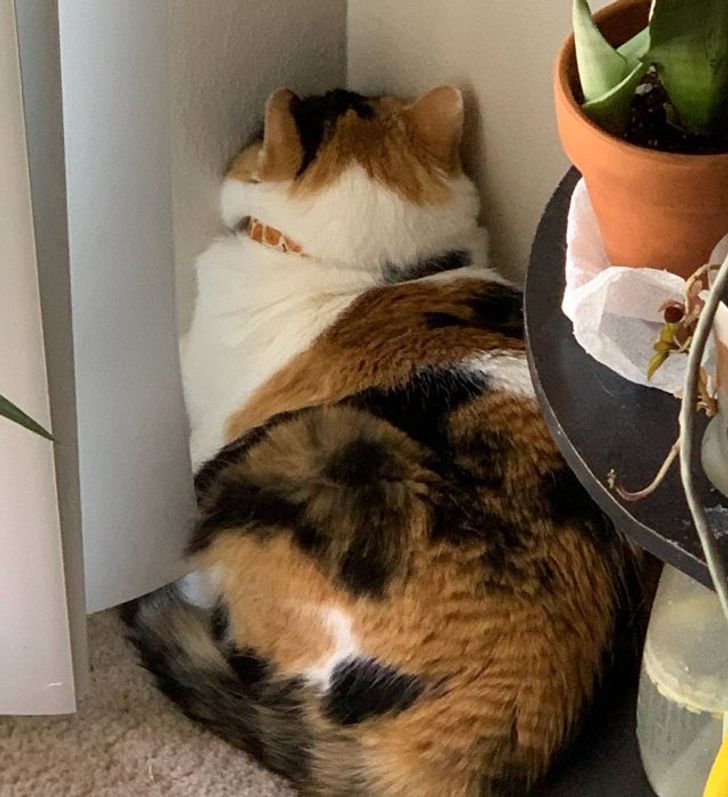 “Juniper couldn’t contain her excitement or her chewing for her new pop-up cube.” 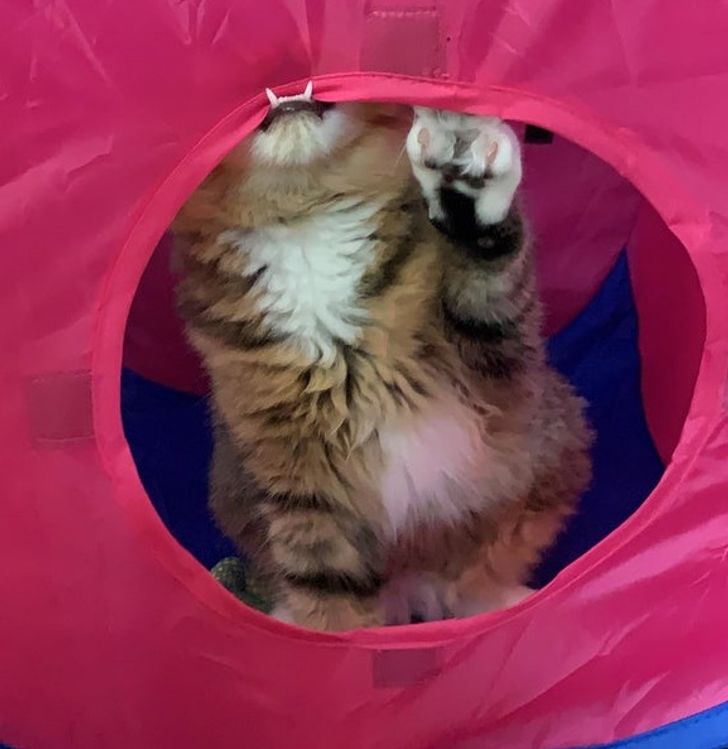 Show them those purr-ly whites! 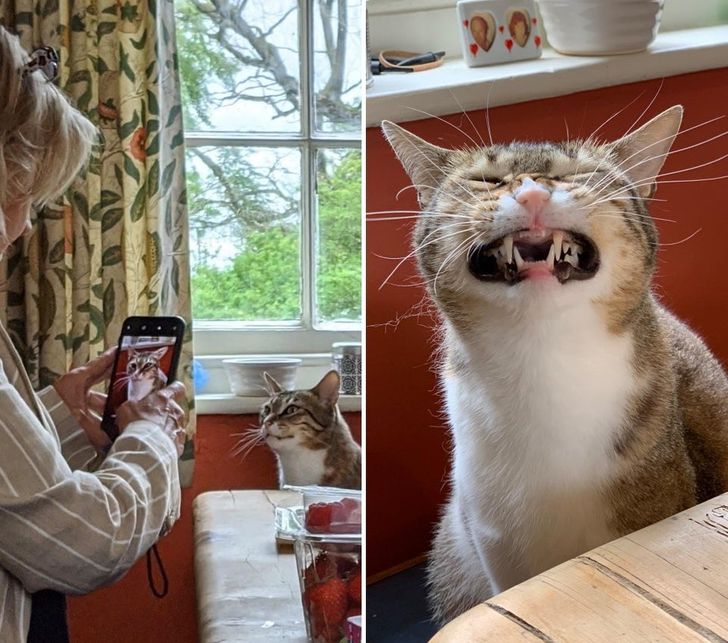 Put down the book and give me attention or else. 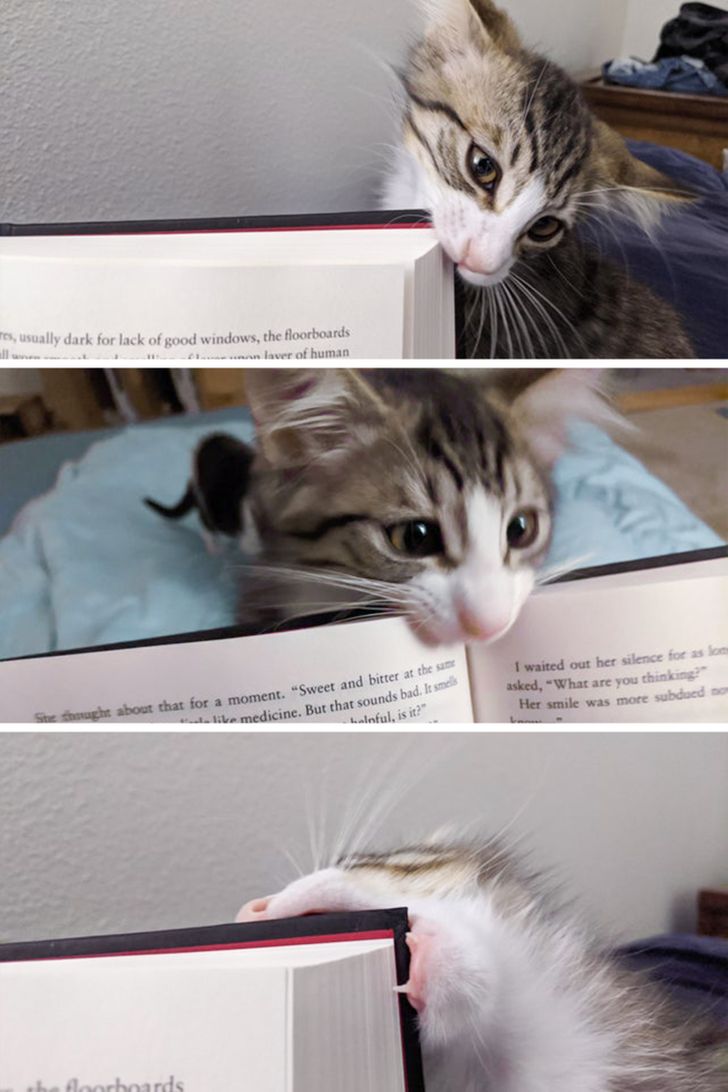 His name is Bigus. 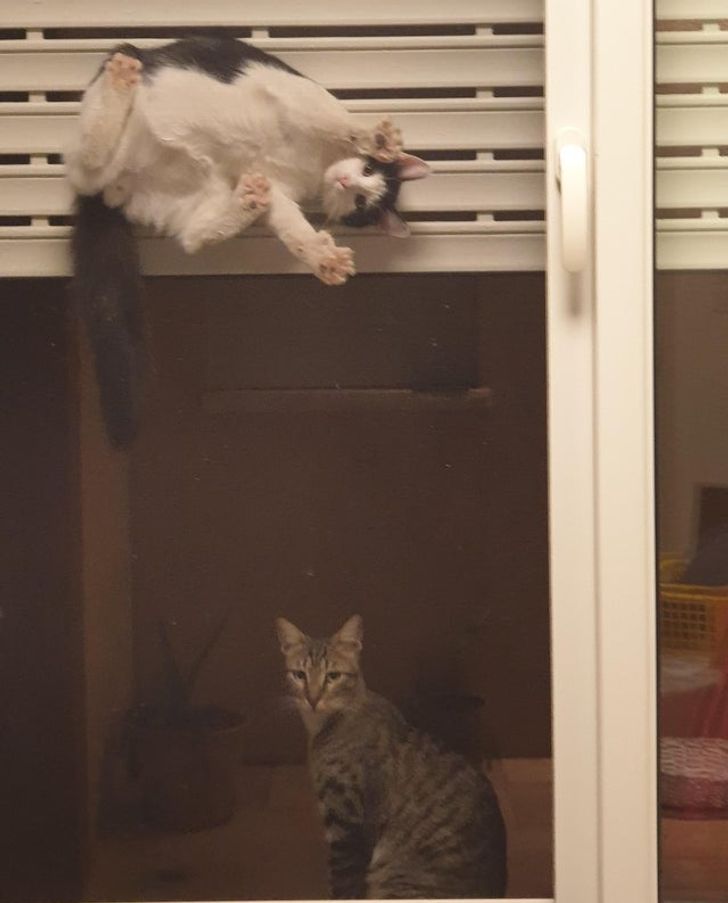 What weird habits do your pets have? Do they make you laugh? Share your hilarious stories with us in the comments below.