A little bit of love and care can really turn around an animal’s life.

Living on the streets really is not easy. Animals have to scavenge or hunt for their food, explore every day to find safe shelter, and protect themselves from humans and other animals all the time. For some animals, it can get so exhausting that it might break their spirit. There are a lot of cruel people on this Earth. Some people harm animals for absolutely no reason. Not that there will ever be a reason that justifies hurting an innocent animal, some people just do it for fun. This can really give a stray animal trust issues. They will expect a human to kick them if they are passing by, or to throw stones at them if they are just sleeping and minding their own business in a park. It just breaks my heart to think that these poor babies have to live in fear all their lives. If they get too injured or sick, a shelter might rescue them. Then they have to spend the rest of their lives at a shelter, waiting for a human to find them cute enough to take them home forever. Some animals make it to their forever homes, while others wait around their whole lives in the shelter and never find a home. They probably wonder what they do not have those other animals in the shelter do. Are they not cute enough? Are they not funny or entertaining? Is it because they are not a fancy breed? Sometimes, they will never get the answers.

But when an animal is finally adopted, it can completely change its life. The animal will not have to worry about where to find its meal for the night. It will not have to live in fear of getting hurt by humans or other animals. They will slowly start to build up their trust for their human, and this always results in an unbreakable bond between the two. The animals will give unconditional love to their humans, and all they ask in return is to be loved back. When an animal is loved by a human, it clearly reflects on its face. An animal’s happiness is not easy to conceal. You can see that for yourself in the 15 incredible before and after transformations of animals below. 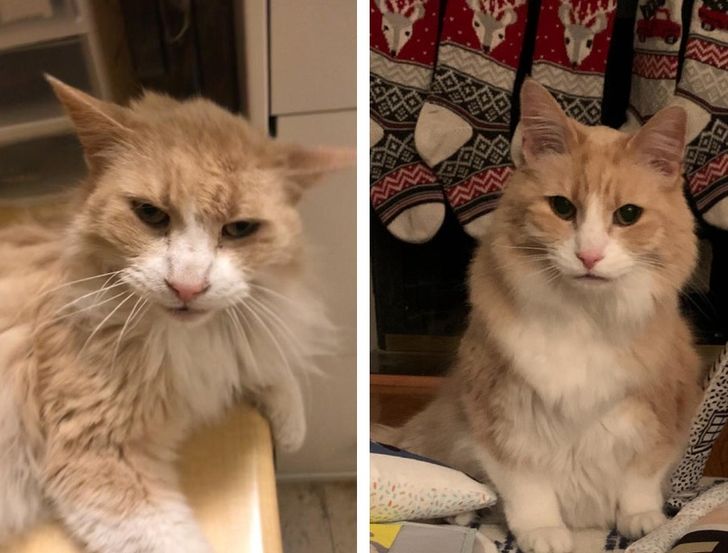 “More of Cosmo!! The first photo is him at the shelter at 7 weeks, the second is from today!” 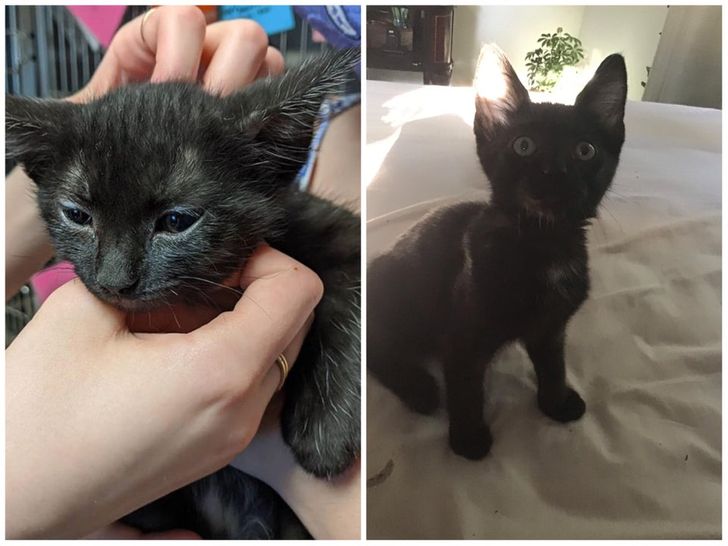 “In the shelter vs rescued and happy — meet Arthur!” 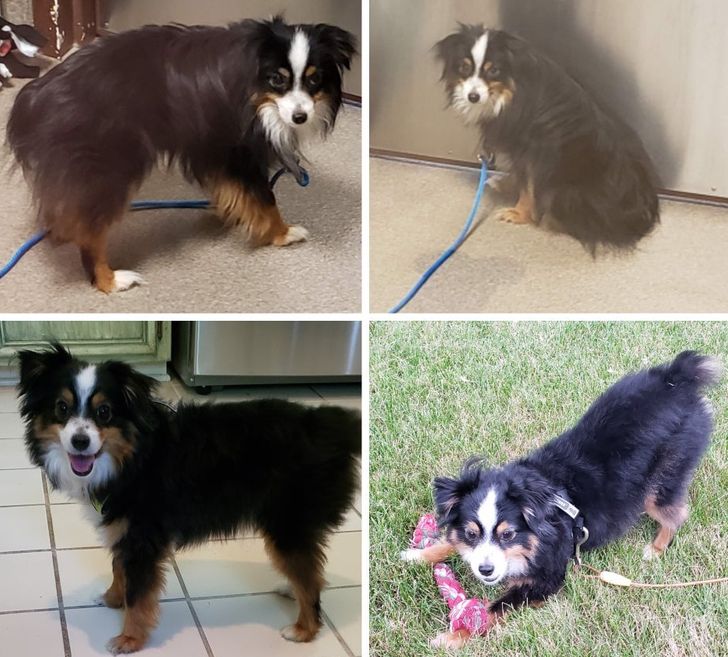 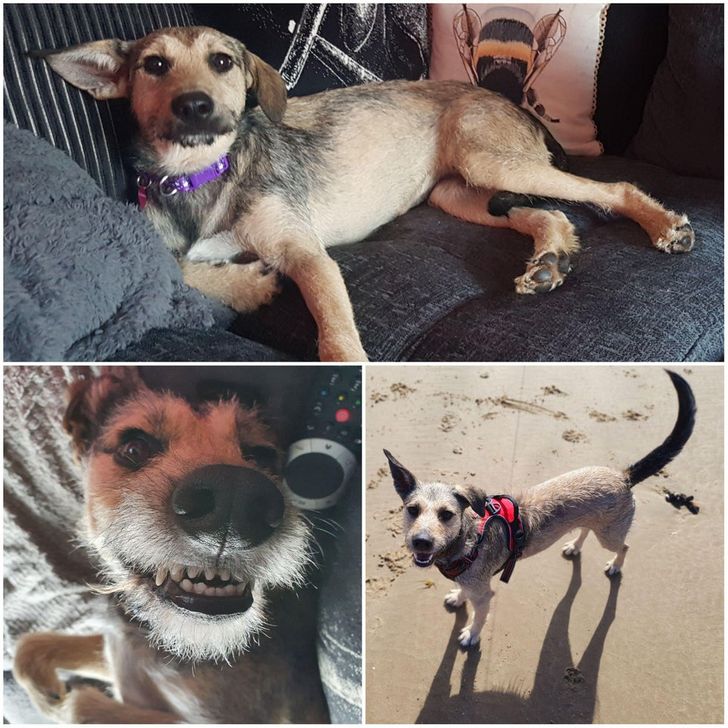 “Meet Cooper the Trooper! He was given a 20% chance to survive. Today the big boy is celebrating his first birthday!” 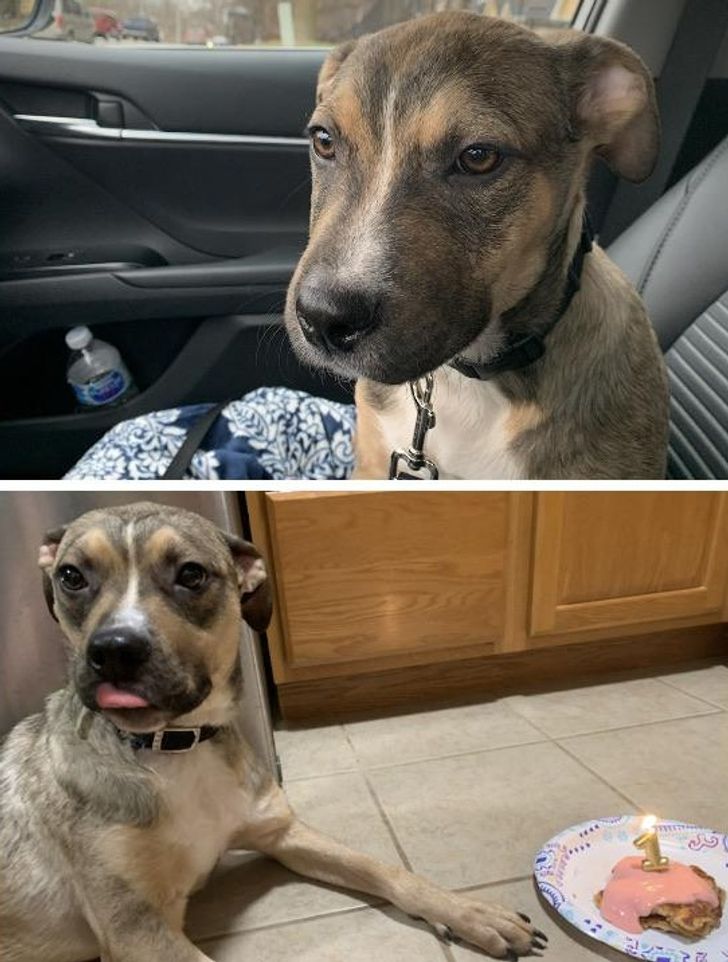 “Found this little lady crying in a parking lot with fleas and a badly broken leg. Here she is, 3 months and 2 surgeries later.” 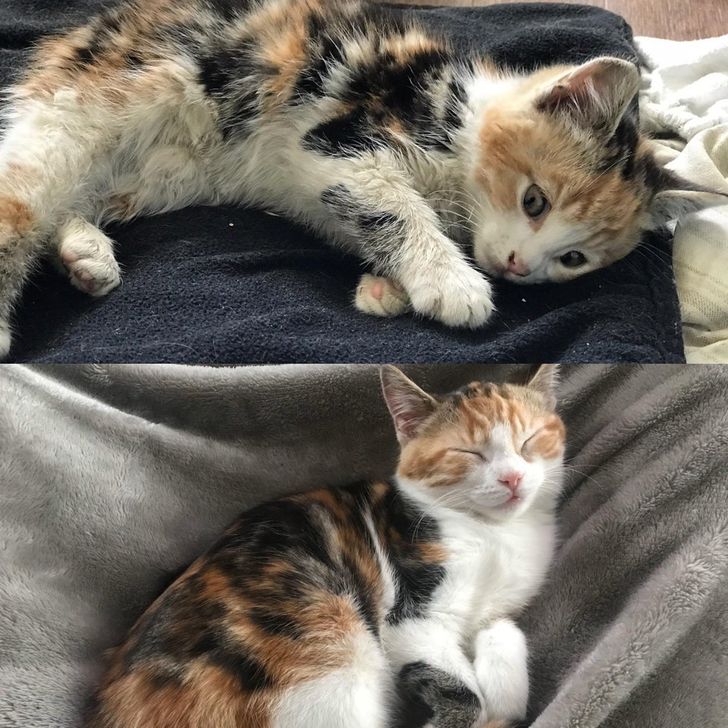 “This is my best friend LCDR Ryker. I was told you all like these kinds of stories.” 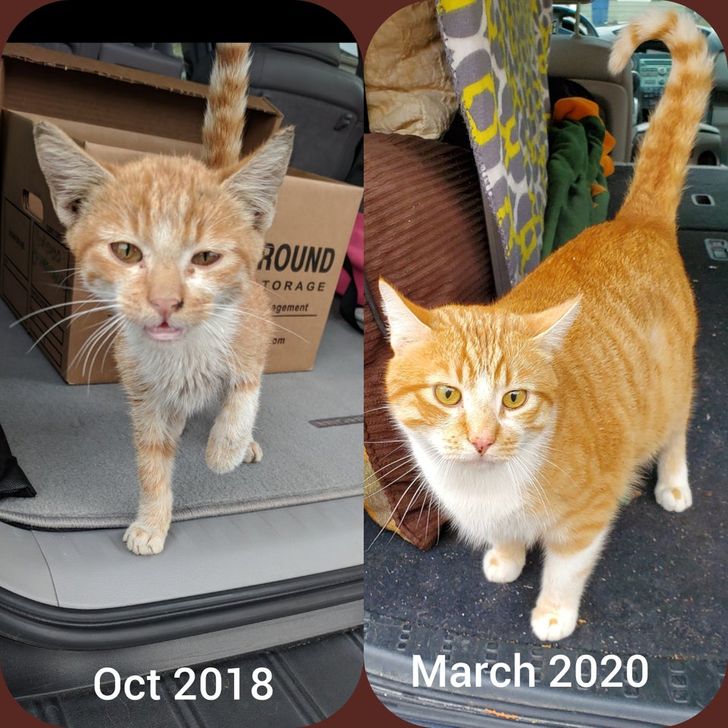 “Wilbur was found with missing hair, allergy inflammations, and was very underweight. 2 years later, my boy is happy, healthy, and the love of my life!” 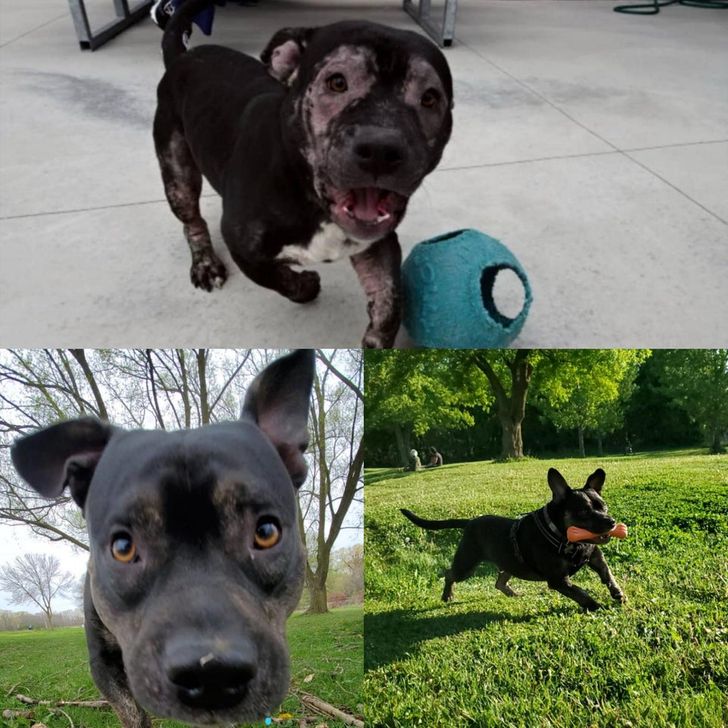 “From hours away from being put down, too scared to come out of her crate to eat, to today. Happy Gotcha Day, Wags!” 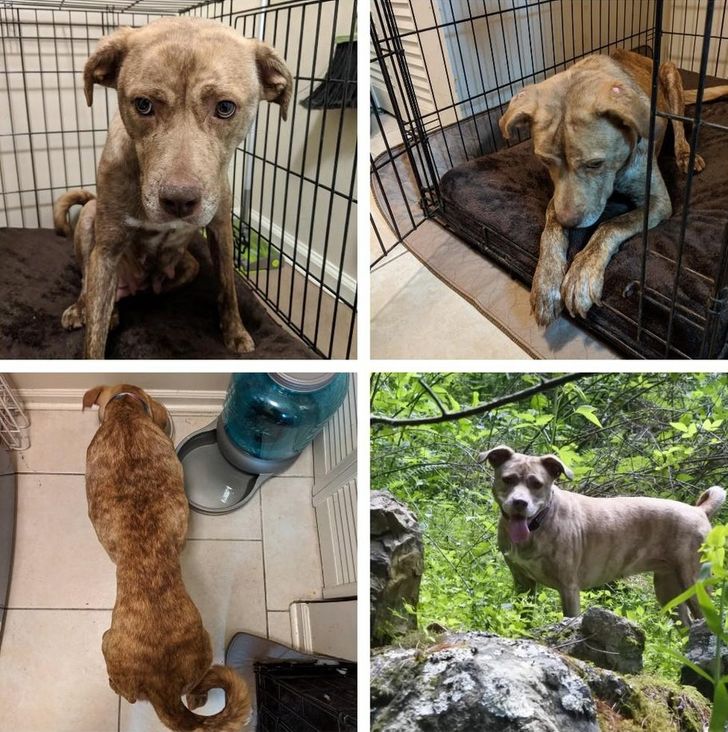 Isn’t this wholesome? Look at the happiness just projecting from their faces. All these animals ever wanted was a place to call home, and they got it. They got what they wished for and they couldn’t be any happier. Adopting an animal can change a human’s life as well. It gives them purpose. They feel the unconditional love provided by an animal. It makes a human happy too. Scroll down below for more incredible transformations.

“I adopted my sweet girl from a kill shelter in Atlanta, Georgia. She’s living her best life in Halifax, Nova Scotia!” 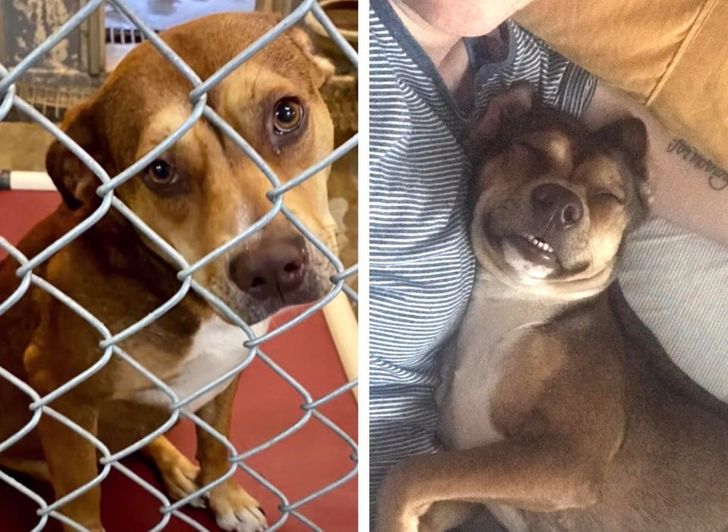 “Ran in front of my sister’s car and wouldn’t move until she picked him up. 2 years later and he became a giant floof.” 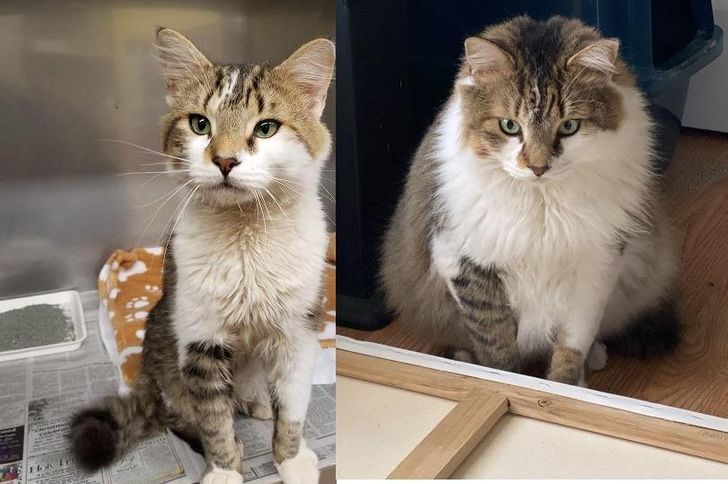 “When I found Fred on the side of the road, he was skittish, neurotic, and sweet as could be. One month later he’s still all those things, but now he’s fat too. Love him more every day.” 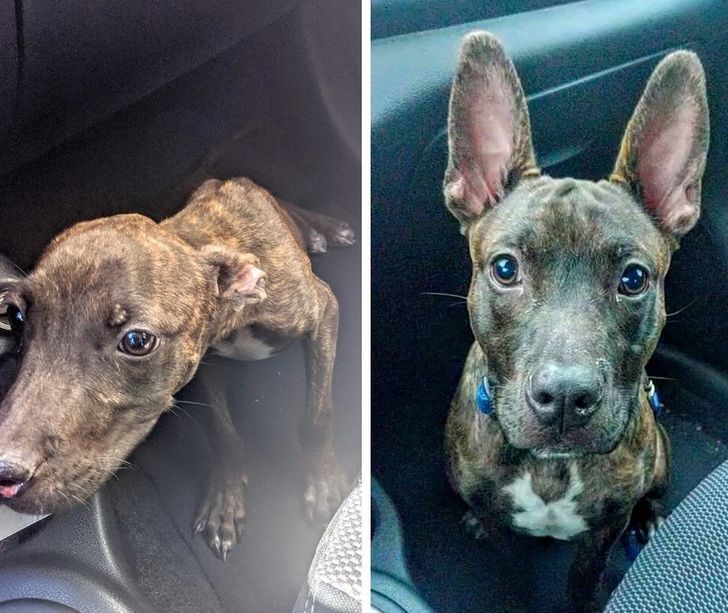 “Our girl Poppy has been with us for about 5 months now.” 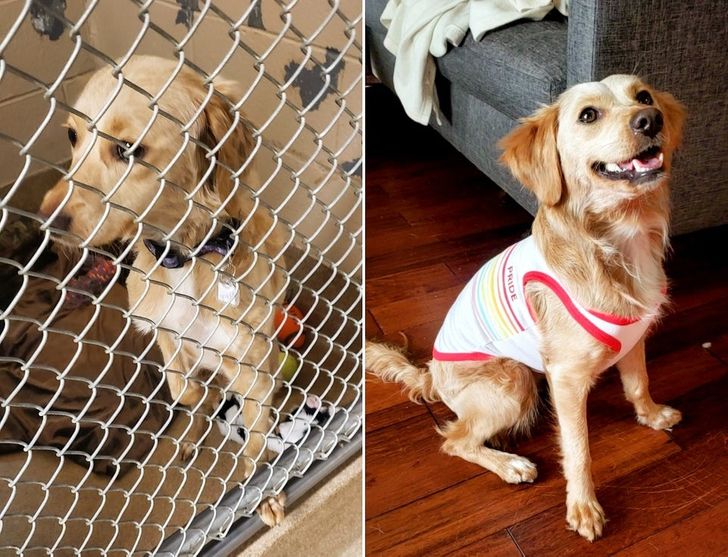 “Meet Korra. She’s the most gentle dog I’ve ever met.” 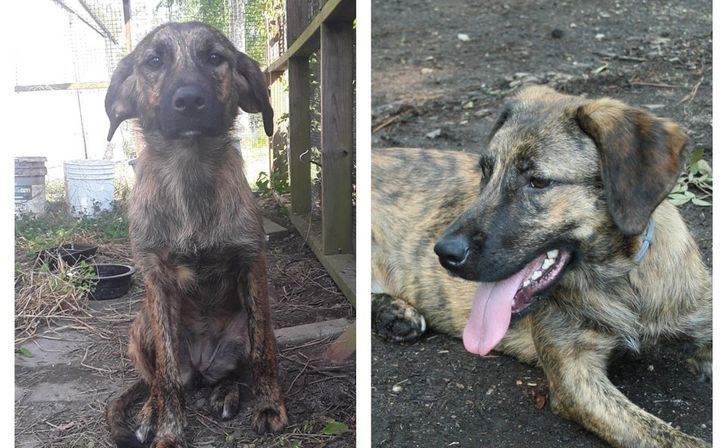 Have you ever adopted an animal? What changes did you see in them with time? Share your experiences with us in the comments below.