It is very hard to understand what’s going through a father’s head.

It certainly is a mystery that might require a brain like that of Sherlock Holmes or Albert Einstein to resolve what runs through a father’s brain. See, the thing is it’s not just one father or 10 fathers who do such random and weird things that make our brains churn in all the odd ways, it’s all the fathers of the world who do these exact same things that we are about to share with you guys. It feels like they all follow some International Code of Conduct for Fathers and they are obliged to abide by it. Like, have you ever wondered in order to focus more on something they are watching on TV, fathers move closer to it. Or, when they are looking for an address or a shop while driving, they would turn the music down because that would allow them to focus better. These and so many more universal things that all fathers do make us ponder over the fact that why do they do it. And I am yet to reach an answer. So, I have just decided we can’t know why they do it but we sure as hell can enjoy what they all do.

So today we will be looking at some of the weirdest things their fathers do, shared by children and many Twitter users just to get an understanding of why they do it. Let’s see if we can come up with a robust reason by the end of this post.

Activate your Sherlock’s brain and scroll down to enjoy!

1. Apparently it dials their concentration levels to 11. 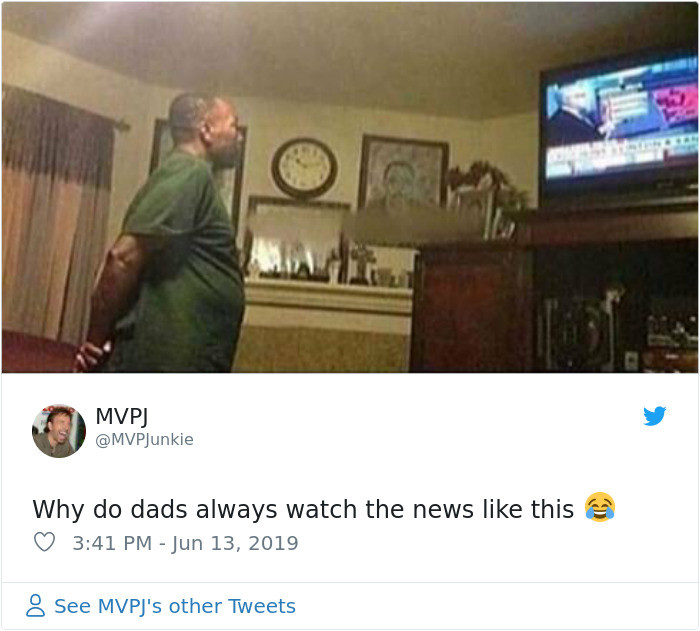 2. I don’t know about M&M’s but they shake peanuts to get the bitter later off of them.

3. No matter who is the guest, if the family decides to have BBQ, Dads will grill that meat as their life depends on it.

4. They will narrate what happened during the entirety of their sleep just to prove they weren’t sleeping. 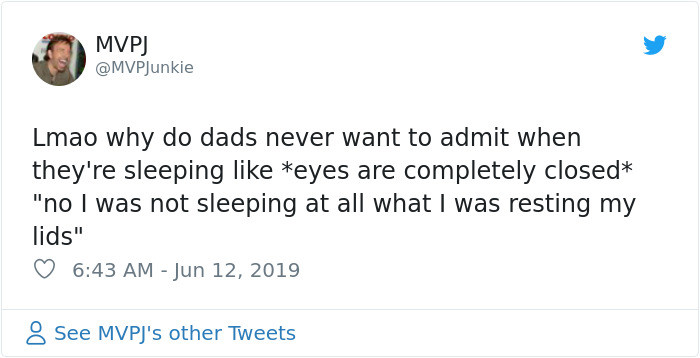 5. Only Dads would know. My Dad asked for coriander seeds on his 55th birthday. Let’s see what he asks for this year.

6. They believe it looks professional.

7. Oh my god this is so true, and it would be the loudest grunt ever.

8. They would chose the narrowest and bumpiest roads to reach the destination 12 seconds before the time GPS had suggested and that is enough to boost their already inflated ego.

This is beyond me. Like, everything I have read so far, my Dad does all of them in the exact same manner. I think it is safe to say we won’t ever know why all the dads of the world behave in this specific way. So the only option left is to just enjoy the hilarious content they provide us with their weird actions.

Now that we have a solid conclusion, let’s enjoy some more things that only dads do and only dads can relate to.

9. They will sit down, play a movie, and would be sleeping on the couch one hour into the movie.

The number of times I have dropped my phone while I’m sitting next to my dad and he suddenly sneezes.

11. I don’t want to sound racist but it makes them sound like they are from Texas.

12. There’s very little cash and too many papers with random stuff written on them that was relevant a decade ago.

13. My Dad says if it’s not 10 days past the expiry date, it is okay to eat and I just wonder whether he wants me cleaned up or is he actually right? I’m still here so he must be right.

15. And then they do things thinking they are 20 and cry about their back for the next 3 days.

16. Their fart machine is on “frequent” mode, that’s why.

I really hope you guys enjoyed it. Don’t forget to share your thoughts in the comments section down below. How many of these weird things does your dad do?