Cats are quite a special pet you can have. They don’t over obsess with every single thing you do, and they’re rather independent. Unlike dogs, who need to be looked after, walked, and cleaned up after, cats are more like roommates that don’t pay rent and break all your stuff. They’ll look you right in the eye and push over a glass, making it shatter on the floor, with absolutely zero regrets.

They also sleep for sixteen hours a day, which means they spend a third of their entire life just napping. For twelve years of life, that’s eight years of nothing but sleep, so you might wonder, how the heck do cats entertain themselves while sleeping so much? The answer won’t surprise you. Cats are easily entertained and easily amused, and spend most of their time being lazy and being chill.

#1 Allie sat on the cake 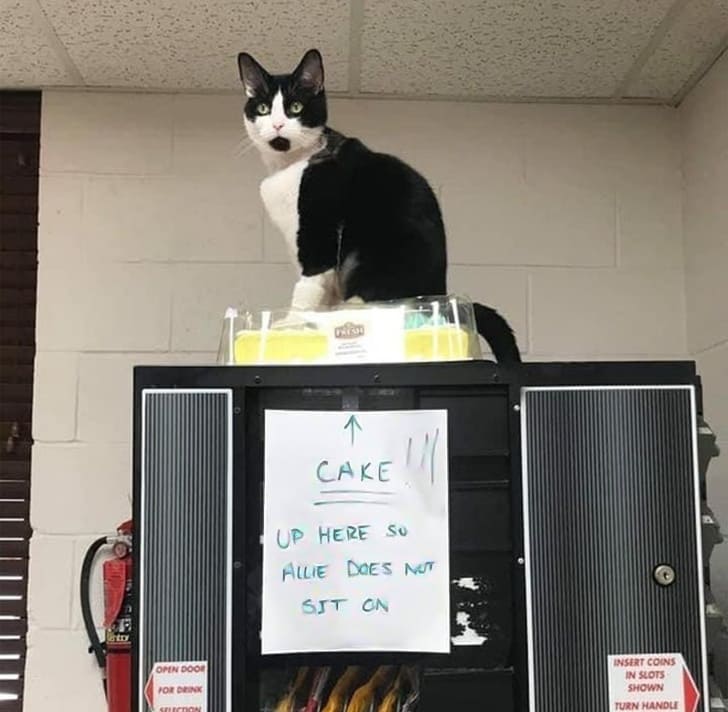 For the first 20 years of my career I studied olfactory [smell] behavior in invertebrates. I’ve always been fascinated by this other world that animals live in—primarily of odor, which is dogs’ primary sense. So in the early 1980s I started working on dog behavior. [Later] I very quickly became fascinated with cats, and what their idea of the world is compared to the one we have. 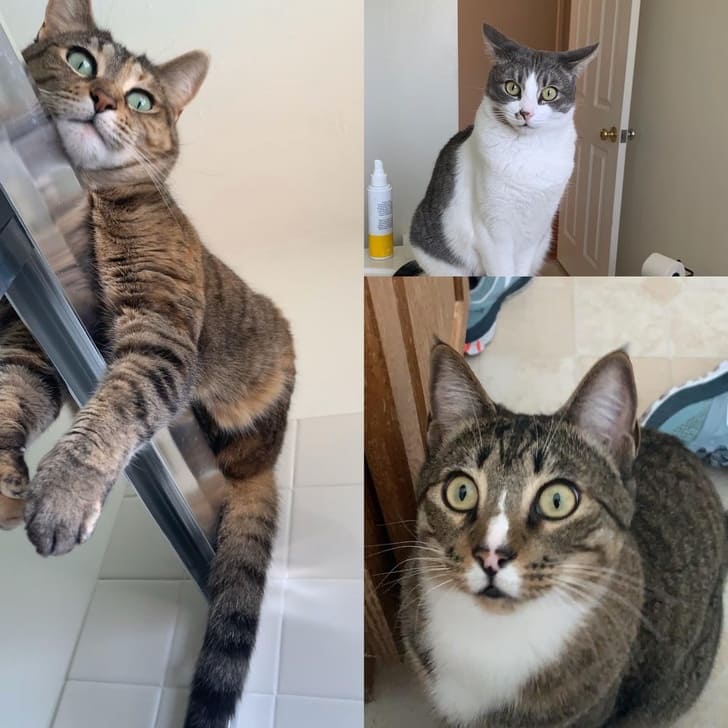 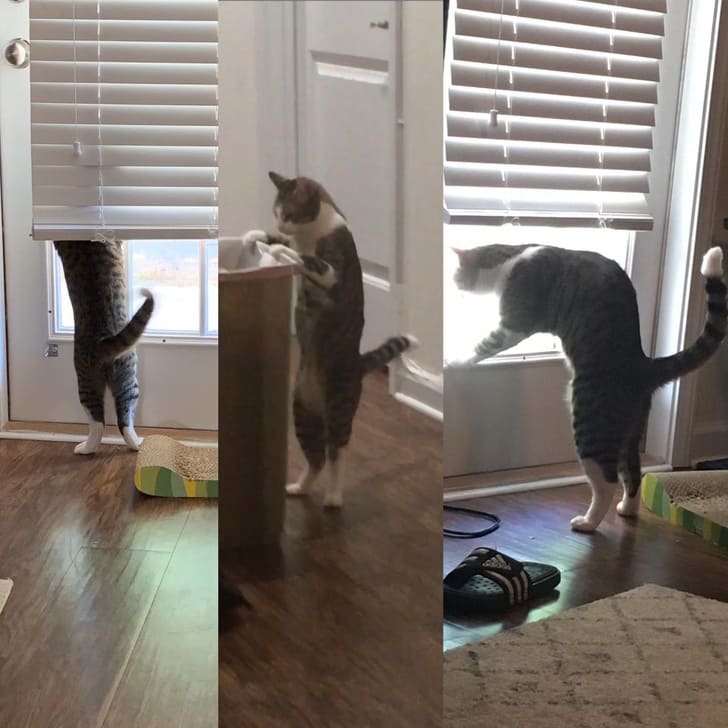 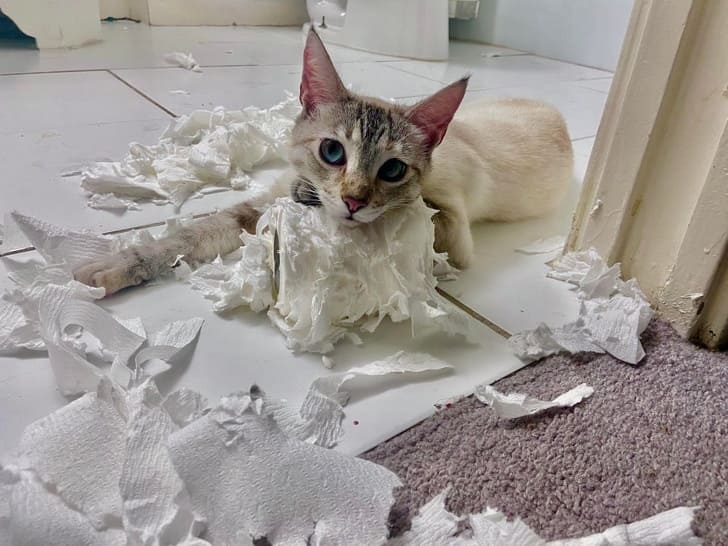 There’s been a lot of research with dogs and how dogs interact with people. [It’s] become very clear that dogs perceive us as being different than themselves: As soon as they see a human, they change their behavior. The way a dog plays with a human is completely different from [the way it plays] with a dog. 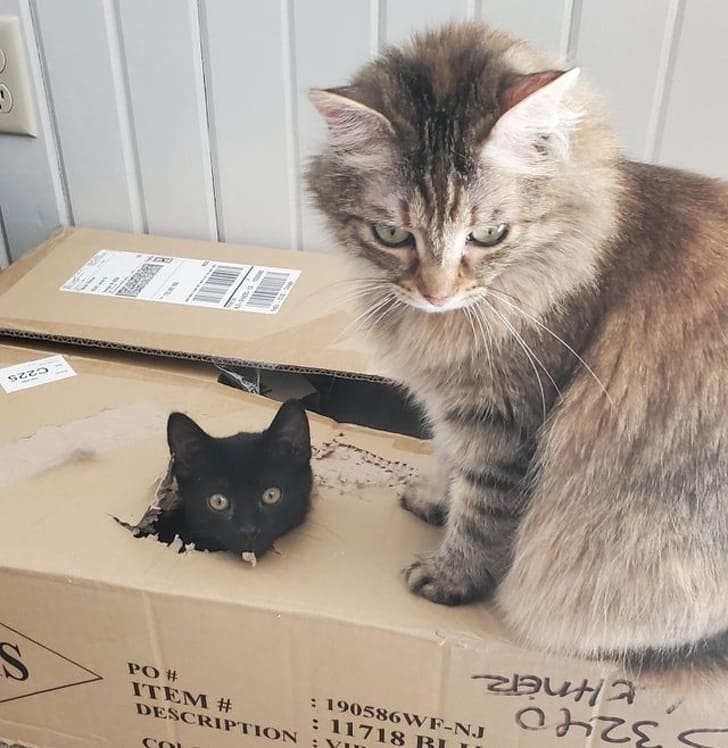 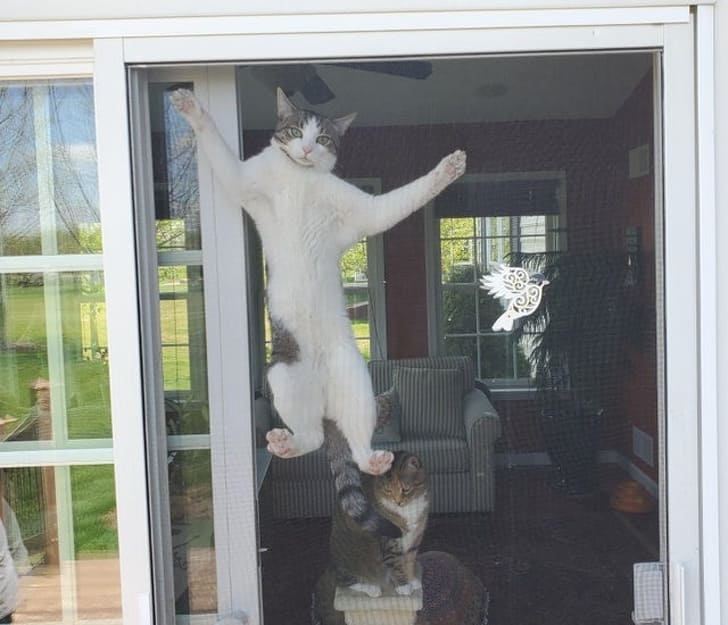 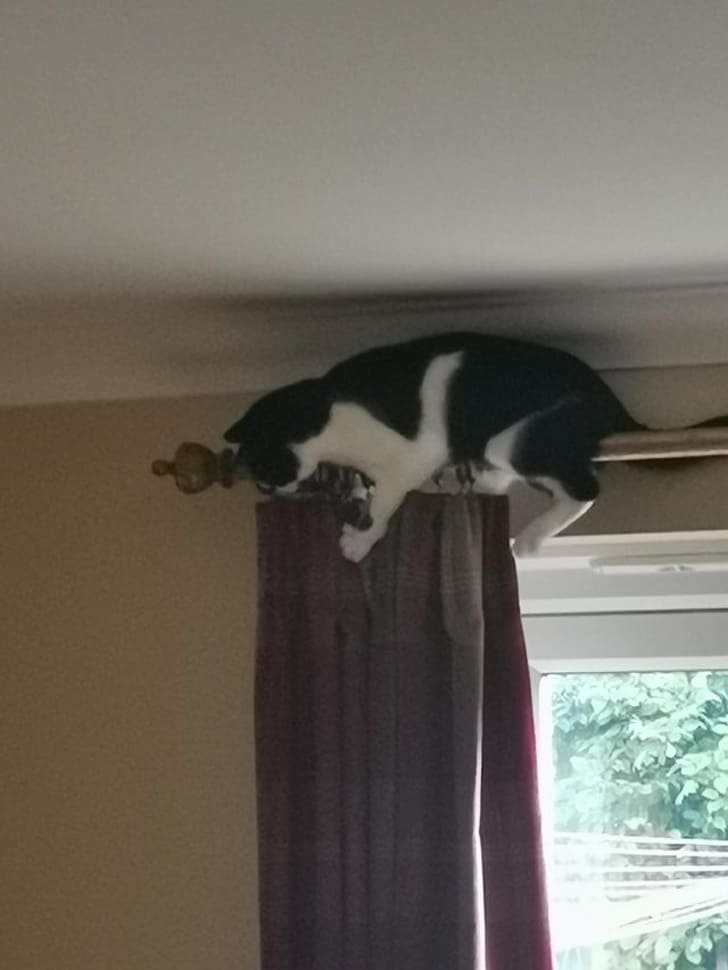 We’ve yet to discover anything about cat behavior that suggests they have a separate box they put us in when they’re socializing with us. They obviously know we’re bigger than them, but they don’t seem to have adapted their social behavior much. Putting their tails up in the air, rubbing around our legs, and sitting beside us and grooming us are exactly what cats do to each other.

#8 They made a face in the cat chair 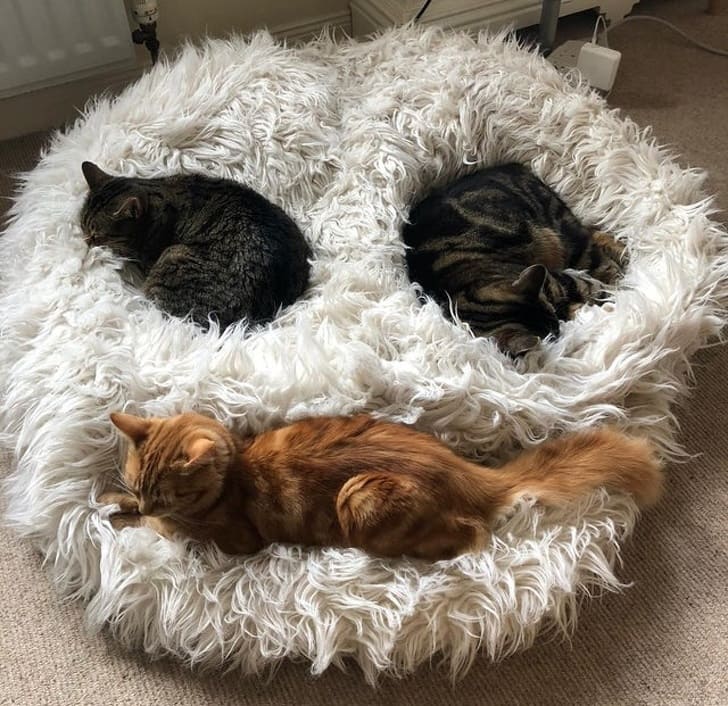 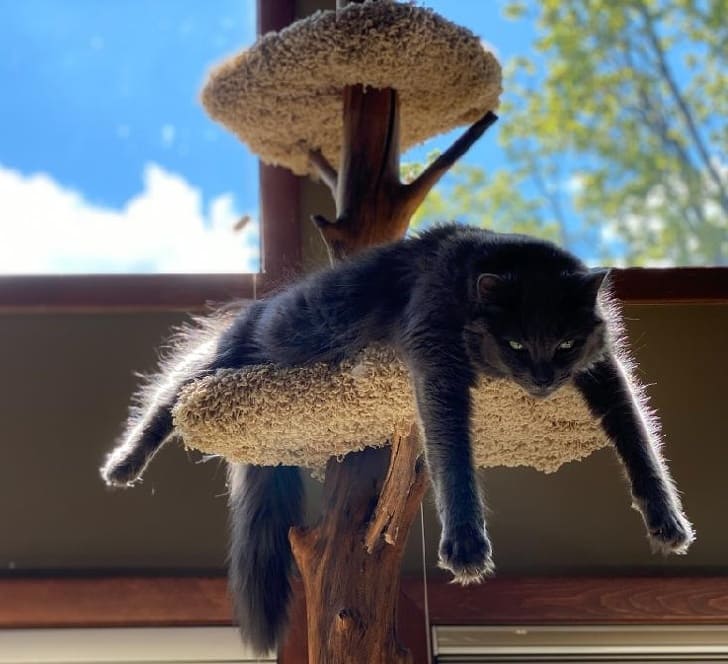 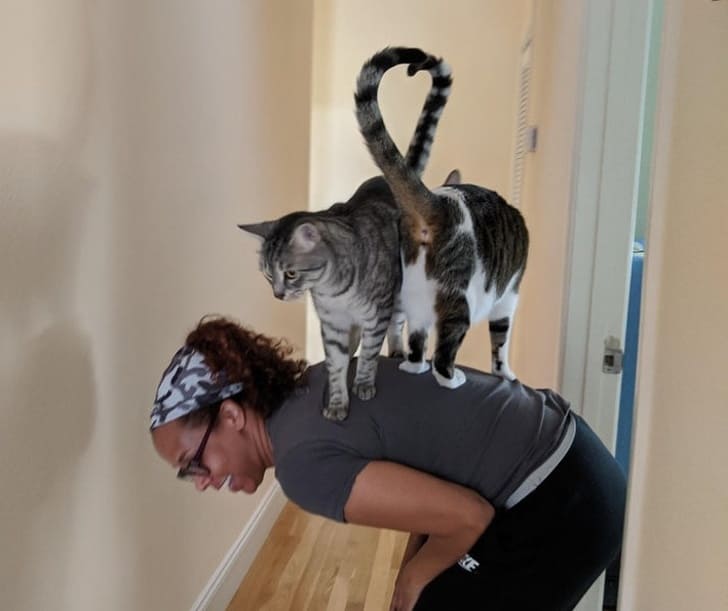 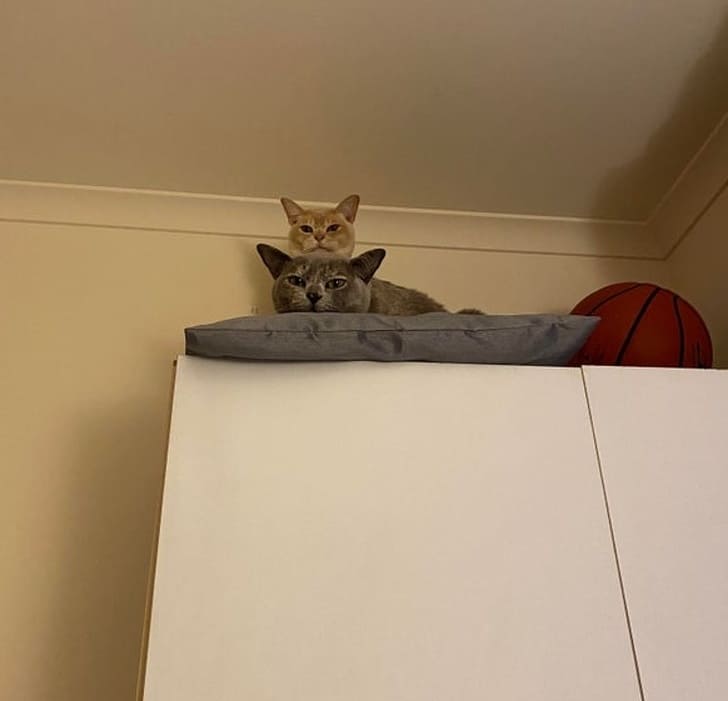 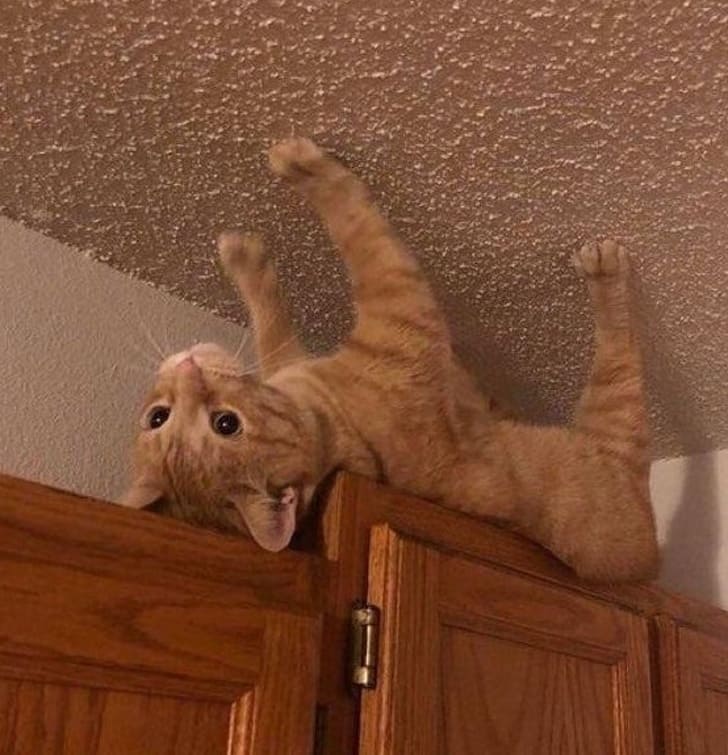 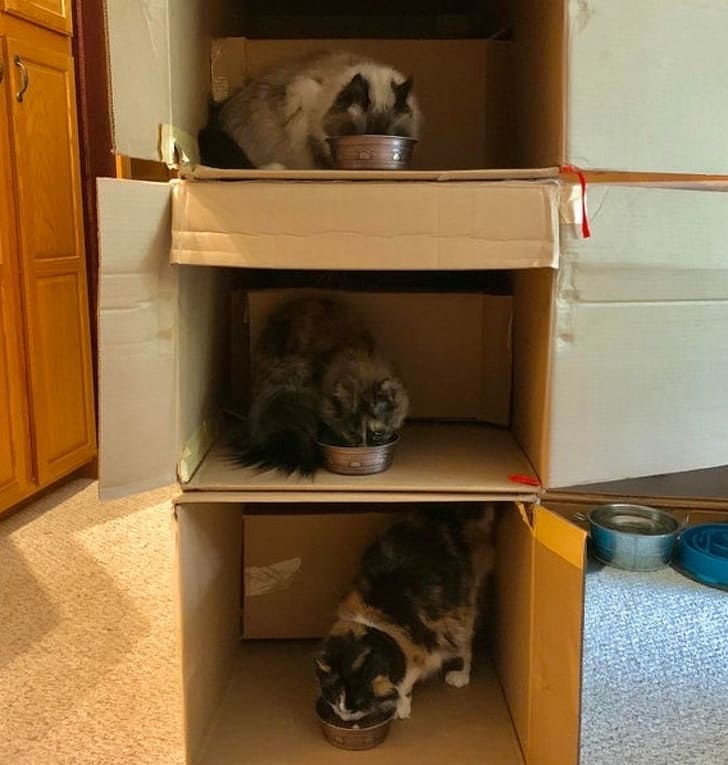 Cats can learn what they’re not supposed to do. If your cat has developed a habit [of jumping up on the kitchen table], there are limited ways to prevent it. You could use a spring-loaded toy, so when a cat jumps up on something, the toy goes bang and up in the air—the cat doesn’t like that and jumps down. Another reasonably benign [strategy] is to use a child’s water pistol. But make sure the cat doesn’t realize you’ve got it. Cats don’t forgive, and once they realize a person is causing them anxiety or hurt, they keep away. 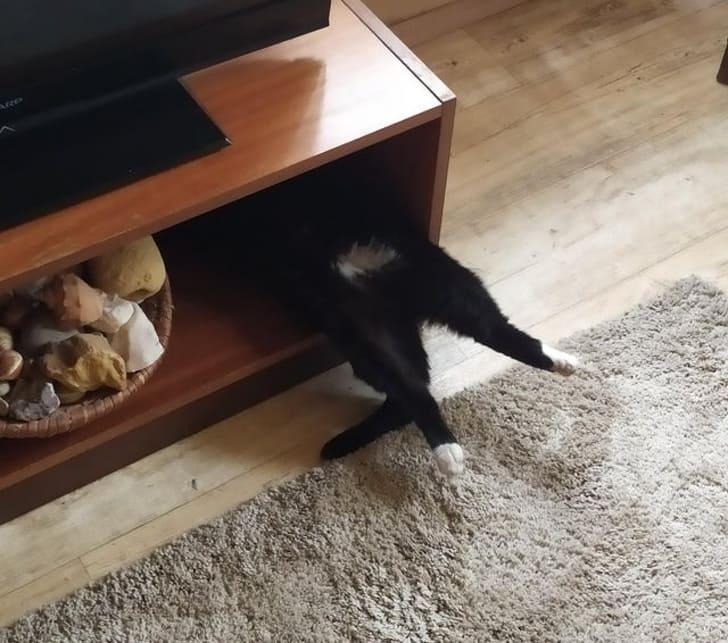 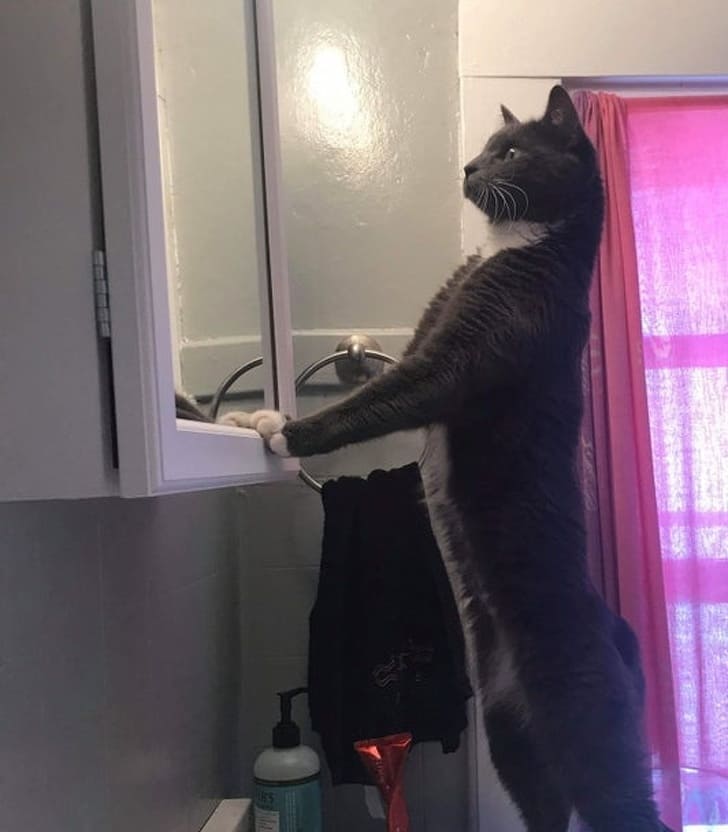 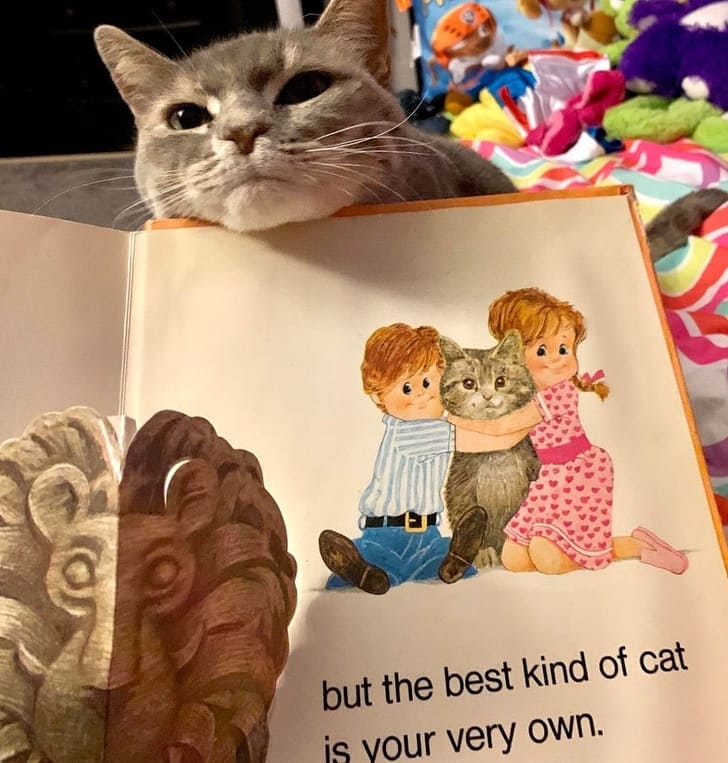 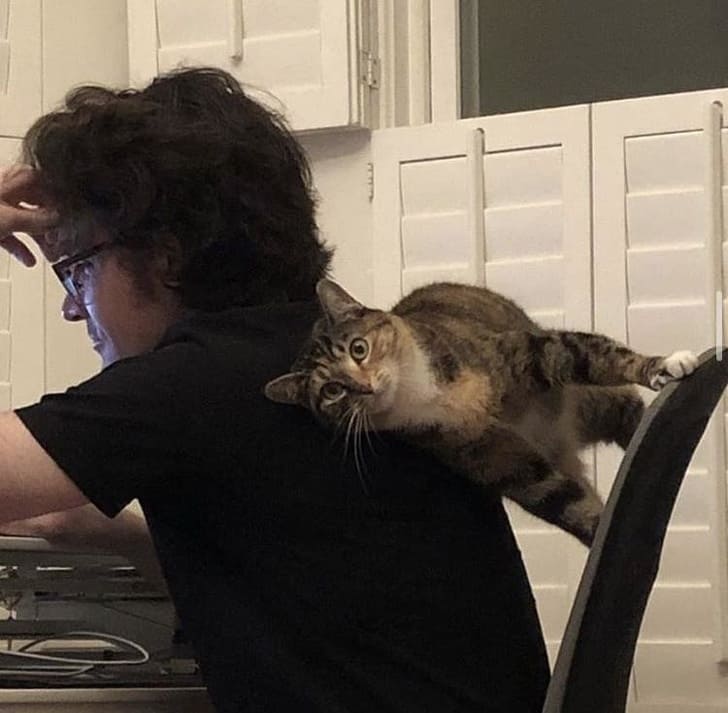 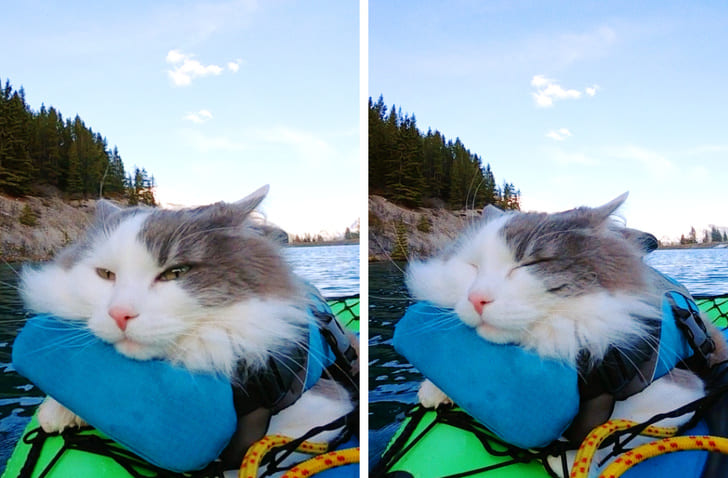 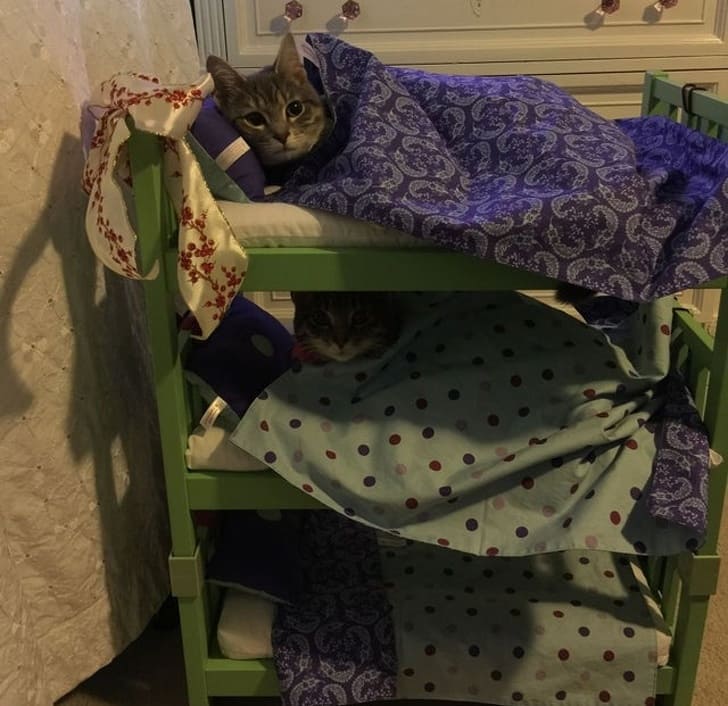 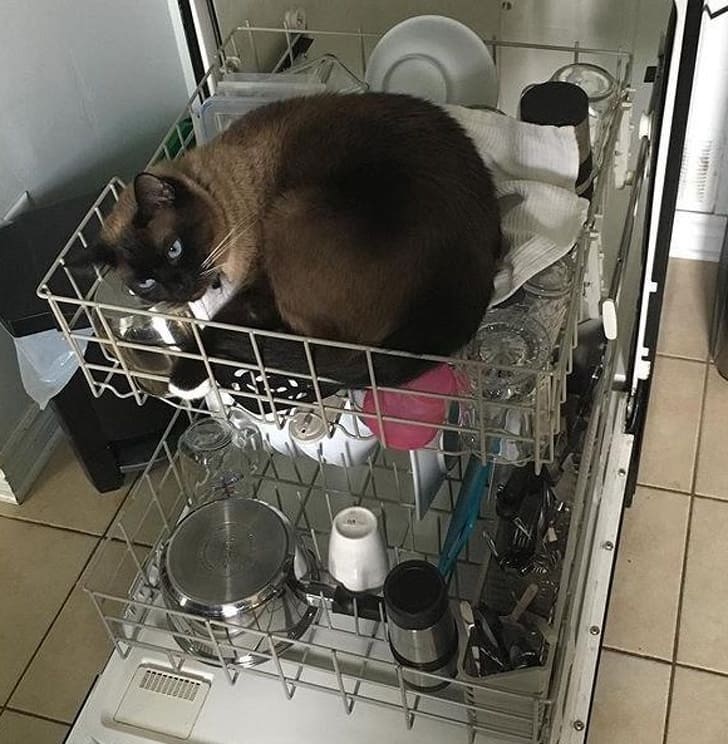 What about you? Do you have any cats that act like this? Tell us down in the comments!