Sometimes you can’t forget a random act of kindness.

There are thousands of stories of people being rude to each other on the Internet. Then there are the revenge stories and while they are fun to read. Sometimes you need a little bit of pick-me-up so you can believe in the human race again. If your faith in humanity has vanished, you have come to the right place to restore it.

These stories just prove that not everyone is out to get you. And sometimes people can surprise you. While these instances may not be life-changing, these things can stick with you forever. The following people helped out a stranger without wanting anything in return and that is the best sort of kindness towards another human being.

So if you are ready to read some heartwarming stories, just scroll on below and take a look.

#1 Only other parents can understand the plight of a mother. 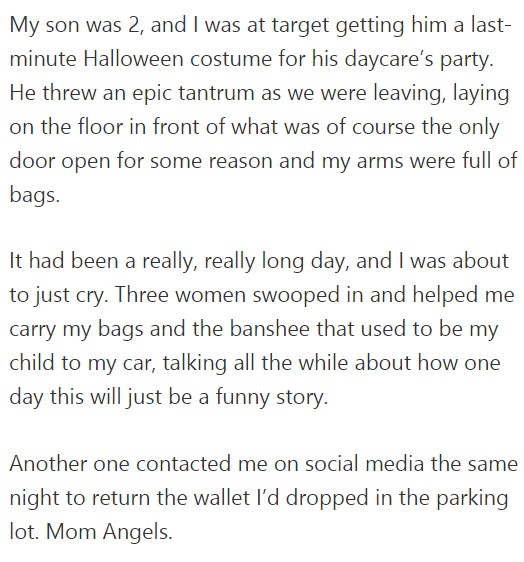 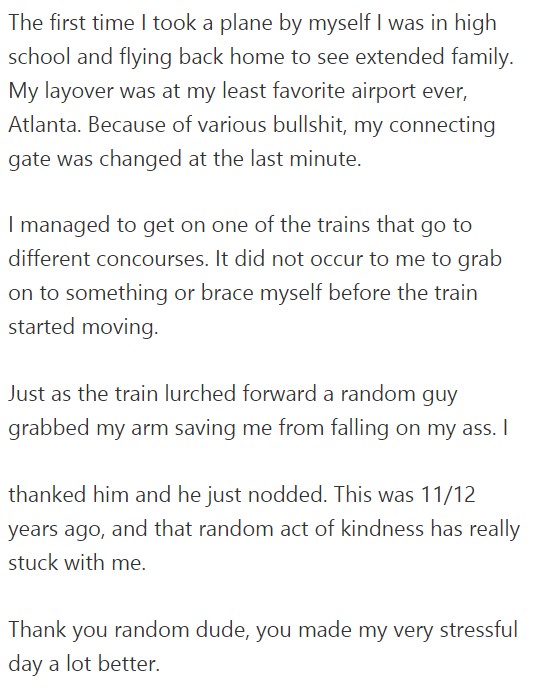 #3 That is honestly such a sweet story. 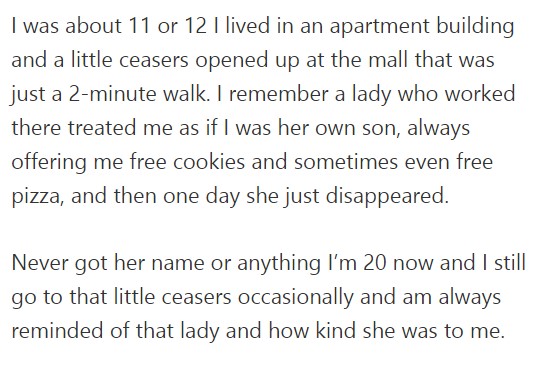 #4 Sometimes you need a little bit of help from others and that is okay. 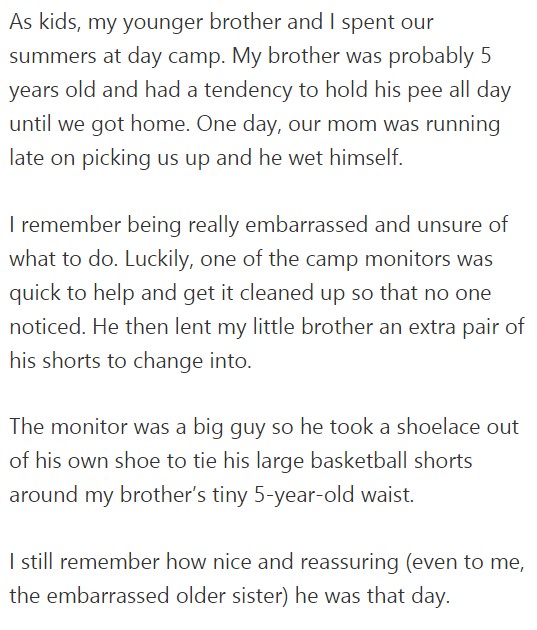 #5 Kind words can help someone a lot.

I was 17 and tried to kill myself by ODing. I was in a coma for four days, and when I woke at some point a nurse gave me a little backrub.

She was just there for me, and that loving gesture meant the world. I will be 61 this Friday.

#6 Self-esteem issues can be very hard to deal with and a small compliment can help a lot. 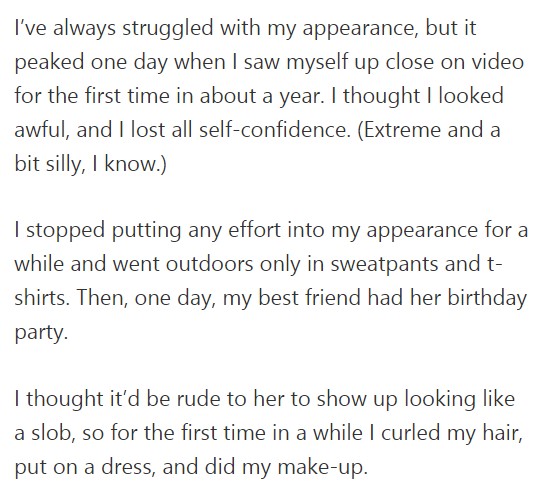 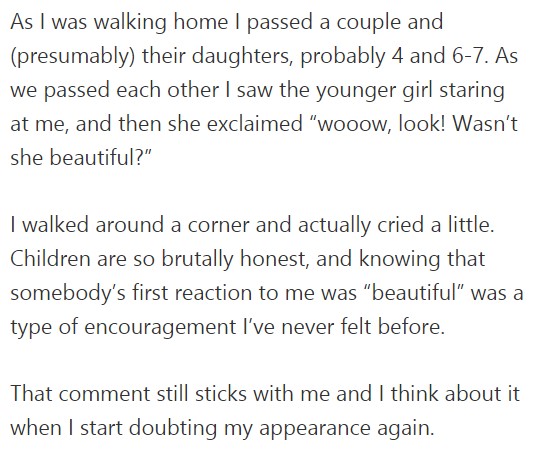 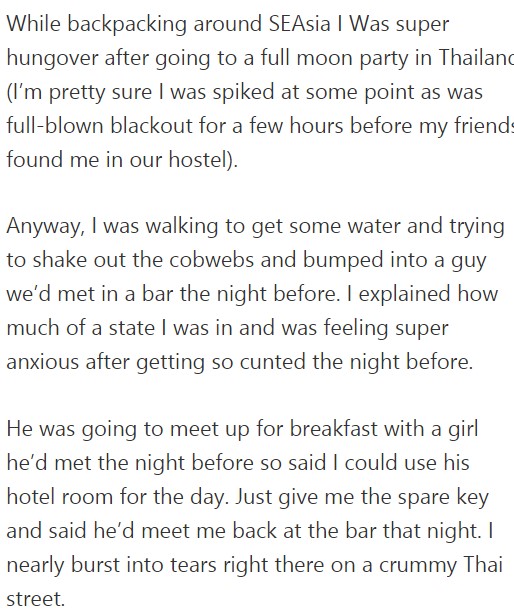 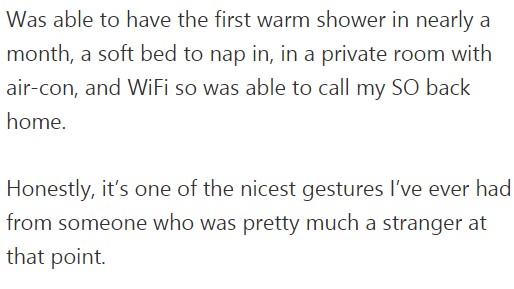 #8 I have no idea why his father would do that though. It wasn’t his story to tell. 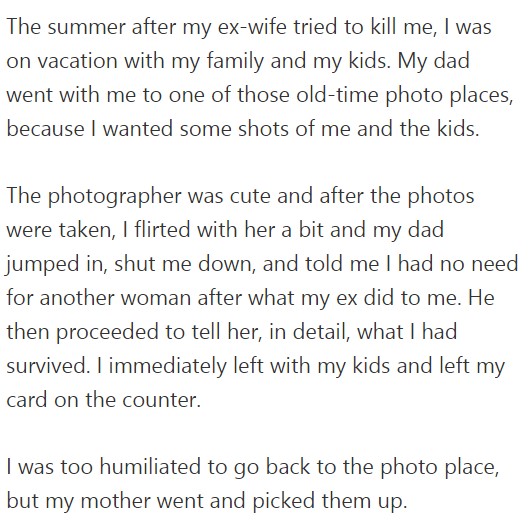 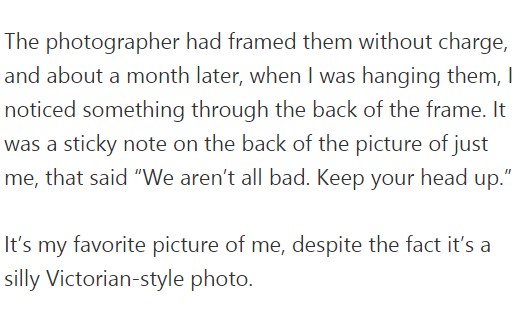 #9 Without even saying a word, this guy helped her out. 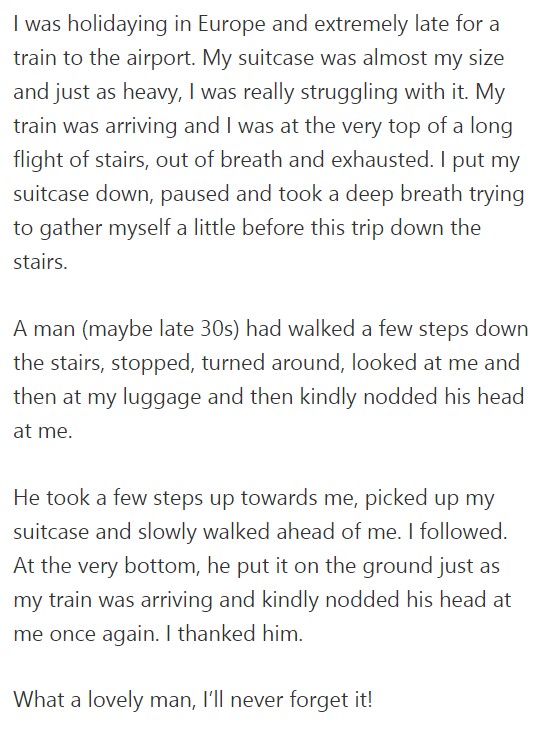 #10 He cared enough to give her his umbrella and that is all that counts.

This one time I was waiting for a bus, and it started raining, and a random soldier just gave me his umbrella. It’s not exactly donating a kidney or anything, but it was just really nice and unexpected and I’ll never forget it.

#11 She didn’t want anything in return, it was just a sweet gesture. 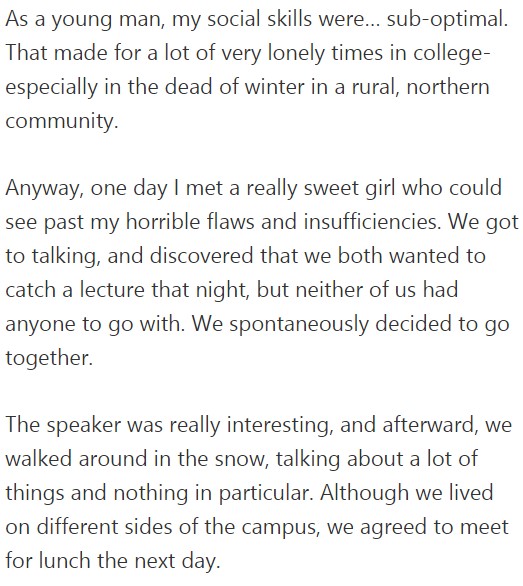 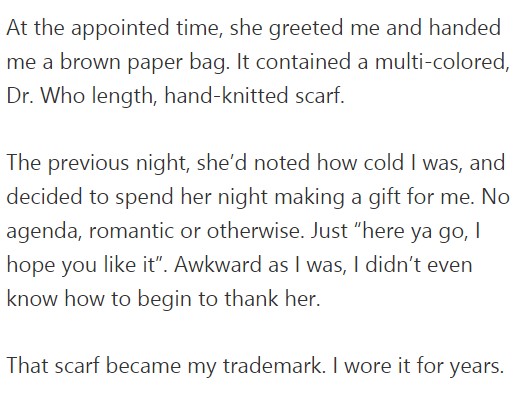 #12 If you see someone crying in a hospital, help them out. 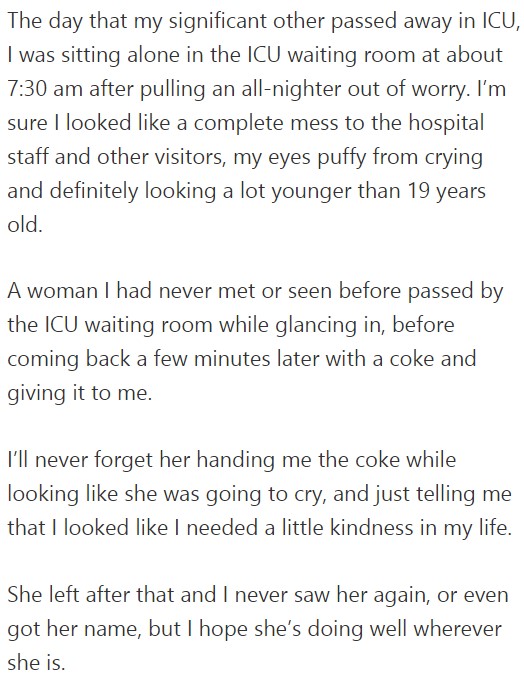 #13 It can be a very overwhelming experience to embark on a new adventure far from home. 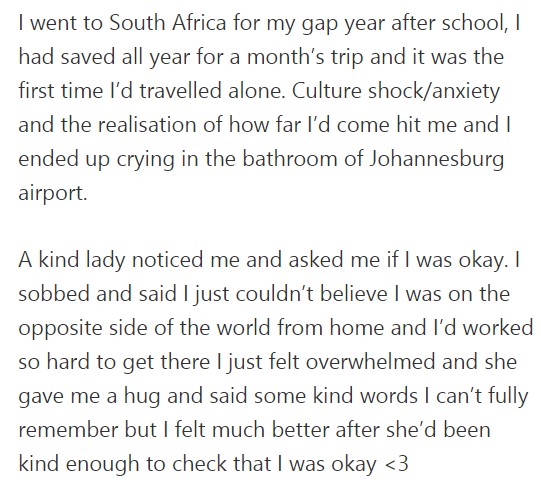 #14 I have seen so many ‘teachers’ being mean when someone doesn’t do something correctly the first time. 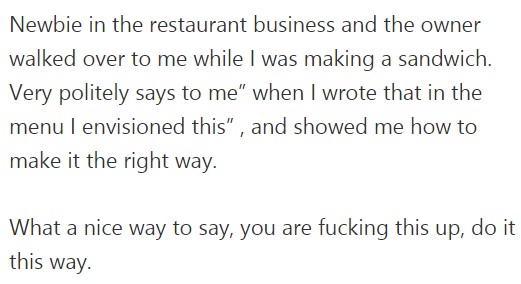 #15 Not a lot of money to one person can change someone else’s life.

At the time we were poor (basically living off of mom’s student loans I believe) and we were prepared to not have Christmas until out of the blue my best friend’s mom gave us $200 so my mom could get us gifts.

#16 It wasn’t the best move but I am glad nothing worse happened. 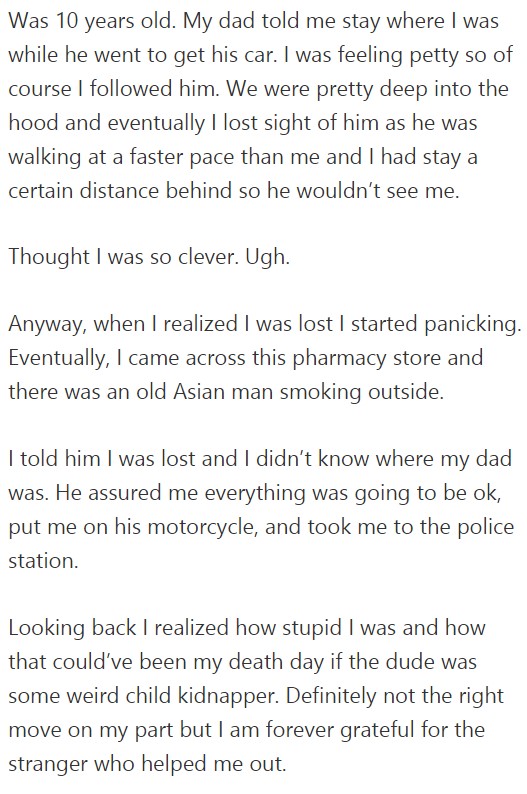 #17 The teacher just wanted to make their day better.

I grew up poor and when in elementary school we went to the Boston Museum of Science. At the end of the day everyone goes to the gift shop to buy a keepsake etc. I didn’t have any money.

My mom just sent me down with a bagged lunch. A teacher whom I had never had but knew my sister bought me a gyroscope. It was the coolest thing ever. Thanks, Mrs. Swan!

#18 He didn’t know but that is what she needed. 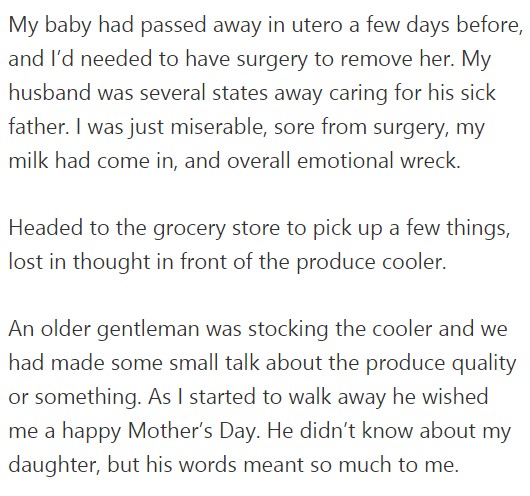 What did you think of these heartwarming stories? Do you have any acts of kindness that you wanna share with us? If so let us know in the comments below.