The world is full of people and every person is different than the other in terms of appearance, thought process and common sense. Some people are just blinded by the glitters of the luxurious life that others live. They want the world for themselves, but with little to no effort. Wanting to live a good life is not a bad thing, but living in a lie sure is. One must be happy with what one has. When you try to “fit in” or appear “cool” by being someone you’re not, you’re simply making a fool of yourself and nothing else.

Some people love to brag about the things they have and look super rich while in reality that’s all borrowed stuff. Just like this guy who posted on Facebook about needing to borrow a car for his wedding day. Some of his friends jumped in, offering their cars like Tesla model 3 and a M3 BMW. Guess, some people are not only wannabe but dumb as well. This guy rejected their offers, saying he wants something that costs about $100K, it’s his wedding, not his 18th birthday. To which one of his friends took a screenshot of the post and put it all up on Reddit in a choosing beggar subreddit. People had a lot to say about this and it is all worth the read. Scroll down to read the whole thing.

The guy’s getting some decent offers.

This dude is the dumbest! 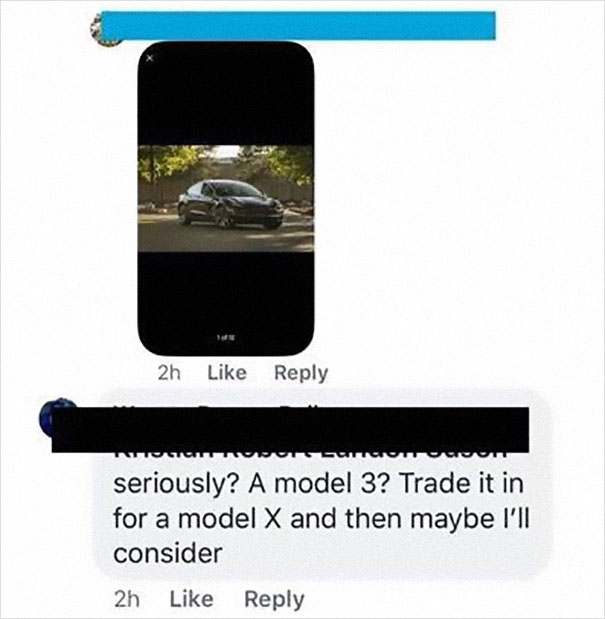 This guy is so damn dumb! He’s rejecting a perfectly good offer of a Tesla model 3 that costs about $36,200. Two minutes of silence for this dunderhead. One shouldn’t be blindfolded by lust and greed for more. Maybe what we’re getting is the best we can ever have in the moment. We doubt he even has his own car. Getting a Tesla for your 18th birthday? Sounds like some brat born in a privileged family. When someone is generous enough to offer us help, just consider it. Don’t refuse it like you own a car manufacturing factory.

Well, we think you are one. 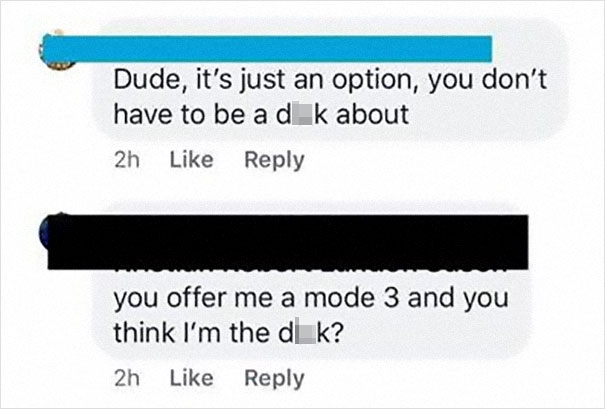 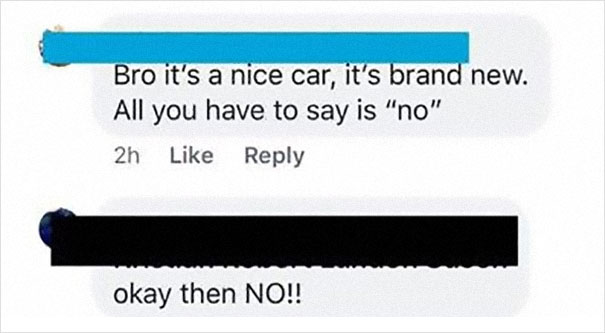 This guy is DUMBER than we thought he was. 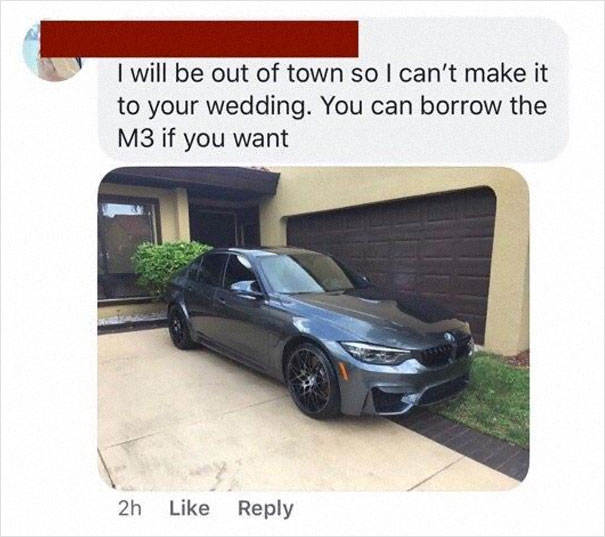 Whoa! This guy is a true disappointment. Anyways, common sense is not common and some people are just born without it. Here are some hysterical thoughts from Reddit users about this post. Check them out below.

And is big enough to fit in all the wedding guests as well.

Maybe he would consider that.

Learn to appreciate all you have and be happy.

We all have our own timelines and that guy was just being greedy.

It’s okay to not have driven a car over a 100k by the age of 31. It’s completely fine as there are people who have never driven a car, ever. We all have our own timelines and whatever is happening in ours is the best that can ever happen to us. Everything happens for a reason and at its appropriate time.

We think the same tho.

We are just as surprised.

So generous of him.

This Reddit post was mad! We just can’t stop laughing over this man’s response. Like why would you reject cars like the Tesla and BMW? Just why? If we were in a situation like that, we would simply say yes and be very thankful of these people being kind enough to offer their help. What do would you do? Which one would you pick? Let us know in the comments below.