There is a difference between entitlement and compromise.

But most people don’t know the difference. And even when they are being entitled and demanding towards others, they think they are actually trying to be compromising in the situation. The following story is just one example of this. Now I would like to preface this by saying we do not have anything against vegans. On the contrary, we think, veganism is great for the environment and vegans should be commended.

However, at the end of the day, it is a choice and thus should not be forced on others in any way. After all, we already know how a few bad apples have ruined the bunch when it comes to vegans. Moreover, in this instance, the vegan woman was being entitled as well, and though asking someone to eat in the cold just because she didn’t like the smell of meat in the break room was a decent thing to ask.

This may come off as patronizing but this does sound pretty good right about now. 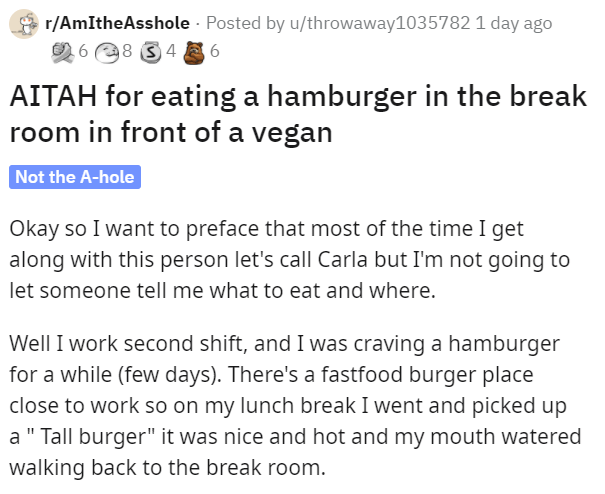 If she didn’t want to see or smell meat, she could have just left the breakroom. 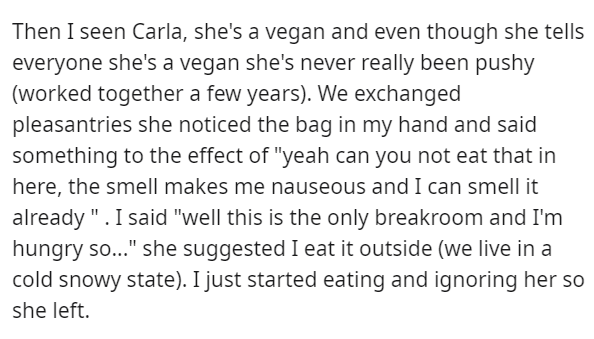 SHe couldn’t leave it at that, however, as she thought it adequate to complain to her other co-workers. 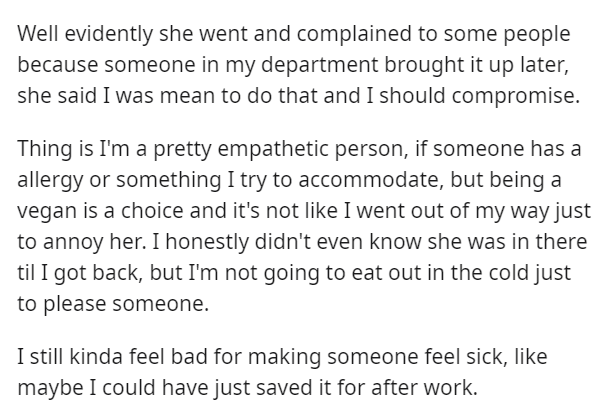 As you can imagine, people were only to reaffirm that he did the right thing.

After all, what else was possible?

He couldn’t feasibly be asked to eat out in the cold. 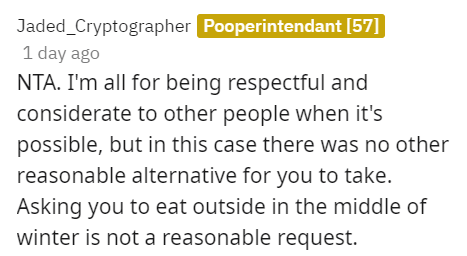 And the breakroom is meant as a place where employees can eat and rest. 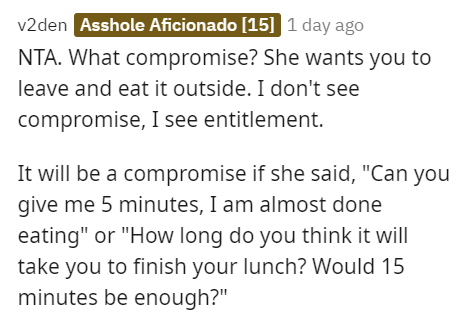 Exactly this. This reminds me of a new coworker we got on our floor a while back. She lasted less than two hours because the first thing she did when she was told to go get settled at her desk went into the break room and throw out EVERYTHING she didn’t approve of because it wasn’t vegan. Literally, everything from lunch containers because they were contaminated to whole bottles of coffee creamers. She even threw out another coworker’s leather jacket because she found it offensive ( we had a common coat area that it was hung in). That lasted all of two seconds after she did it before they fired her on the spot. Her excuses were “ but I’m vegan you have to accommodate me!” She was immediately asked to leave or they’d call the police to have her escorted out. The funny part was most of the building didn’t know this had happened so when lunchtime rolled around people were so confused as to what happened to everything.

ETA: Since it was asked they got the jacket back someone saw her doing it and that’s how she was caught. They didn’t realize about the lunches until later after she was gone but they put two and two together and figured it out. I worked in HR so I found out about it because we gave the owner of the jacket her information in case she wanted to go after her legally for the cost of any damages or cleaning. I don’t know if they ever did.

Also, each dept manager was given the approval to buy lunch for their teams to make up for everyone losing their lunch. –italy2986

She must have told a different story than what really happened.

But she chose to be grumpy about it and complain to other people. 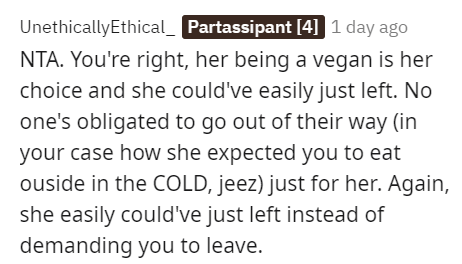 She could have simply gone out in the cold ‘for some fresh air.’

Just because one has an issue, they can’t expect to inconvenience everyone because of that. 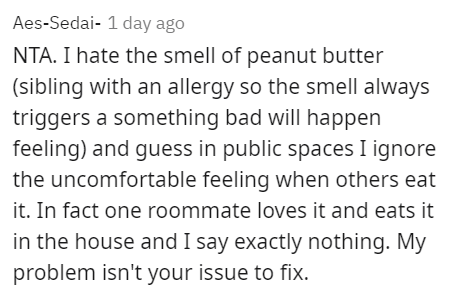 Apparently, she didn’t understand the meaning.

She could have worked this out calmly but that was not the decision she made.

This is how a vegan should act. 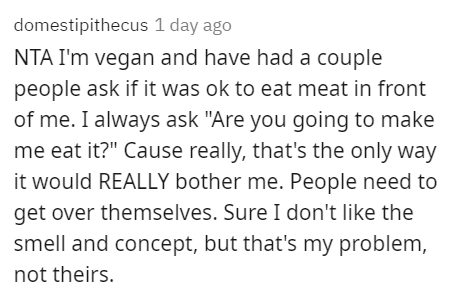 What are your thoughts on this scenario? Do you think he should have relented and consumed his burger outside or was she being entitled? Comment down below and let us know.