Who isn’t obsessed with taking pictures of their cats?

For many of us, cats are such a vital part of our lives that we love them just like our own babies. We would want to capture all our precious moments with them. Whether it’s their expressions, their silly acts or their beauty, we don’t want to miss a single chance of capturing those beautiful memories which we can cherish later in life. However, the problem is, taking pictures of your cat can be really tricky, especially when they don’t really like to sit still. If you have managed to come across this article, chances are that you own a cat or maybe two and you love taking pictures of your cats like everyone else does.

I mean, if you look around at the people who have cats, their entire phone’s gallery is filled with the pictures of their cats. Some pictures turn out to be aesthetically beautiful while the others…well, we are just trying to make them sit still for the perfect shot! Don’t worry, that’s very normal because when photographing cats, you should always expect a high failure rate! Cats are certainly not the types who would strike obliging poses for long. Just as you’ve taken the shot and if your phone’s camera shutter sound is on, they are just going to walk up to you and start sniffing up the lens. If not, they are just going to turn their heads the exact moment you release the shutter of your camera.

The internet is all about cat nowadays. People posting aesthetic pictures of their cats and sharing it with the world. But did you know, this practice isn’t something new and has been going on for decades? Obviously, we didn’t have any social media back then but we are talking about the portrait shots taken from Polaroid cameras! Vintage shots, as we call it. We have managed to get our hands on one of the vintage collection which was created by Alice Madicott who happens to be a writer, educator and an artist from Somerset, England. Moreover, she’s a proud author of Cat Women: An Exploration of Feline Friendships and Lingering Superstitions. The purpose of this vintage collection was to depict the strong bond between the people and their adorable little felines.

So, let’s go ahead and take a look at the beautiful collection of those vintage photos of women with their cute little kitties! Some of them might appear a bit creepy as they are vintage but you’re going to love them!

1. The picture speaks for itself. 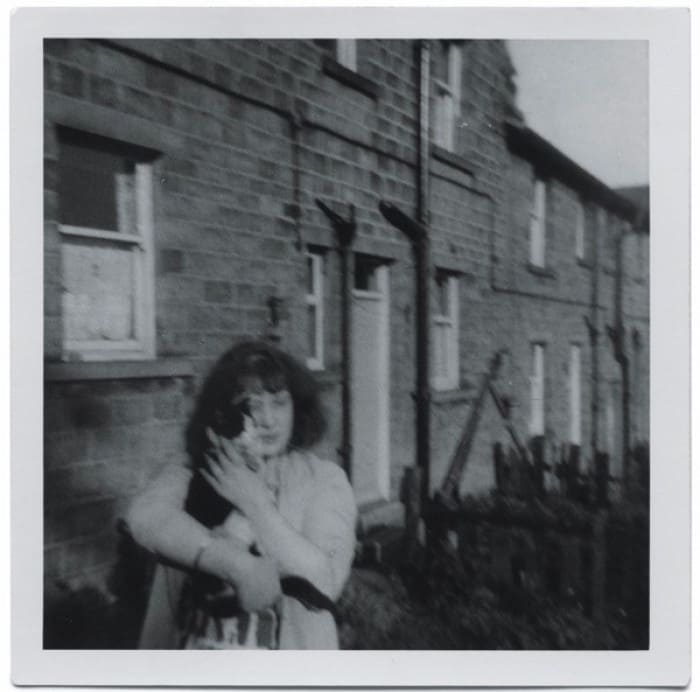 The bond between these two is unbreakable!

2. Rosalind lifts her precious patient, Marmalade out of the pram. 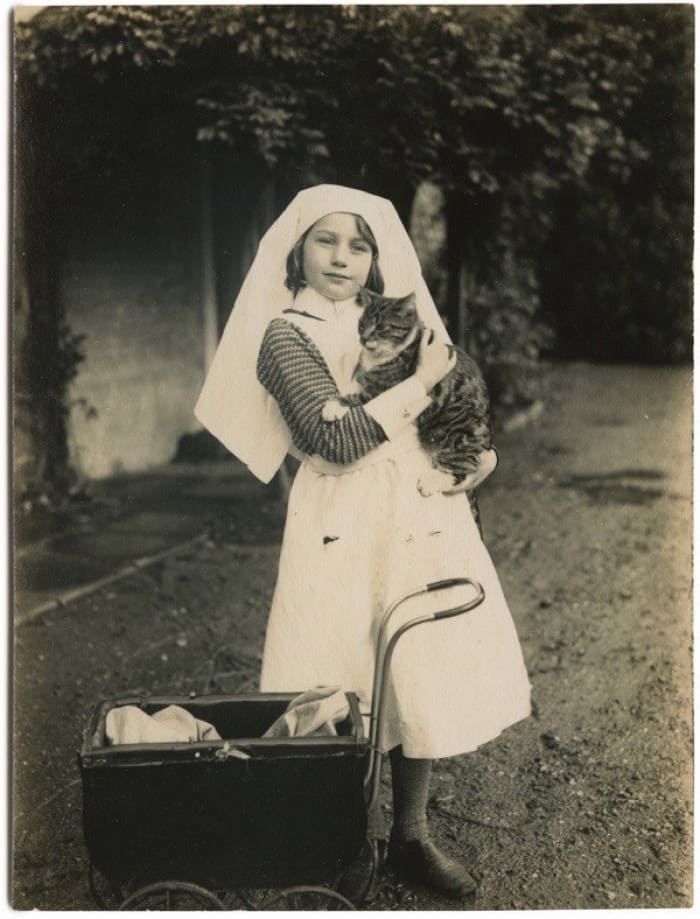 Such a beautiful shot! 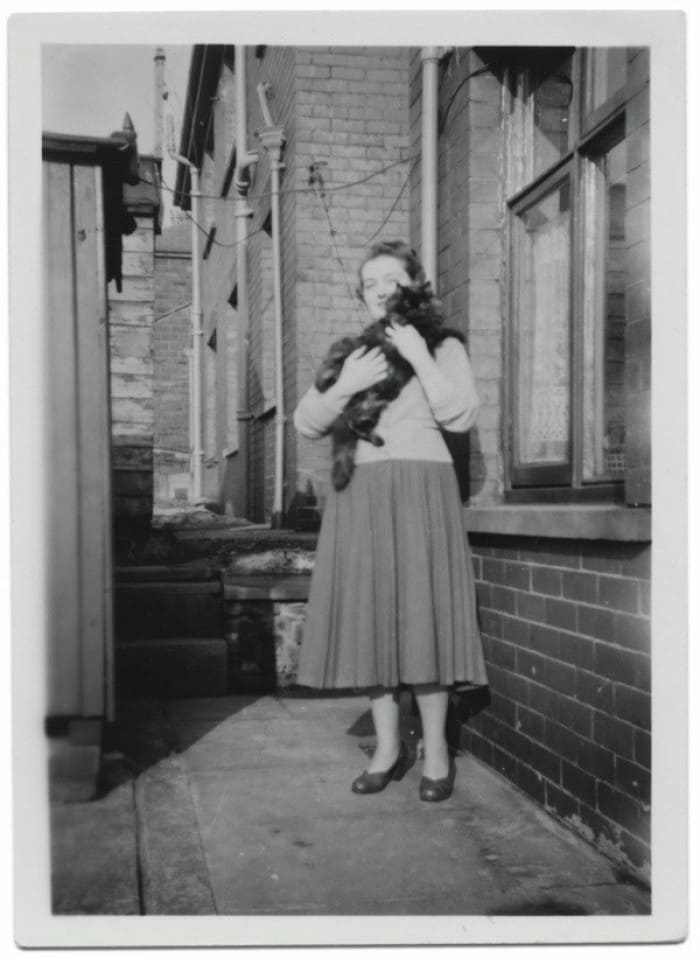 We believe you, lady.

4. Isn’t that a cute little family? 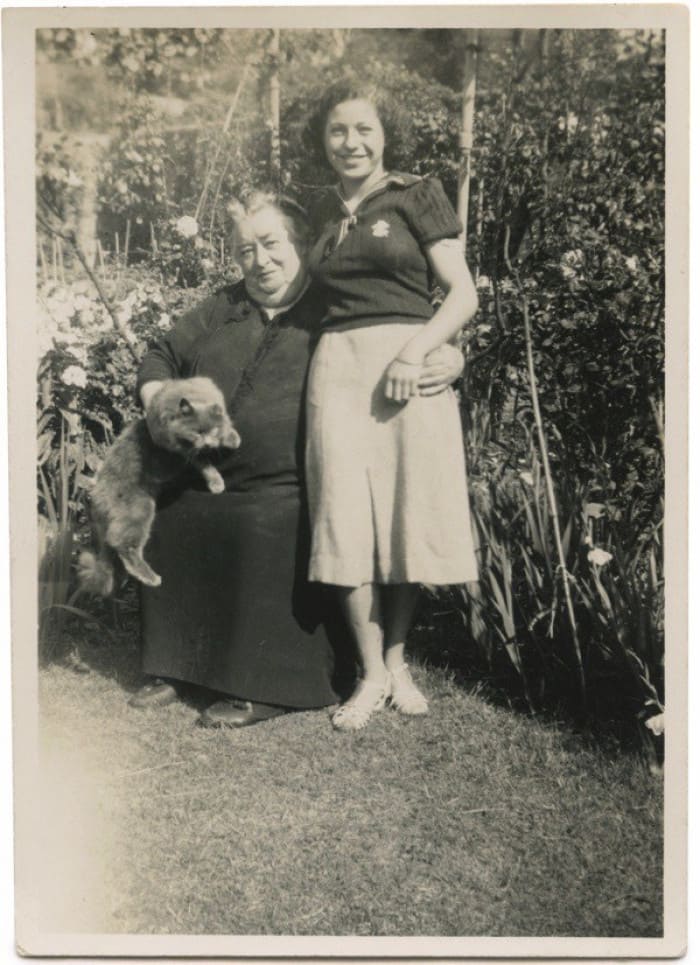 5. How happy is that little girl! 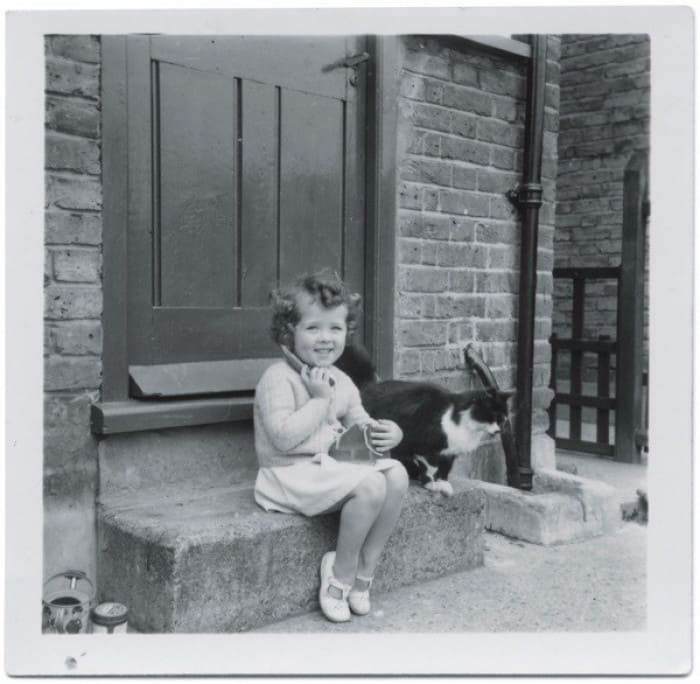 Such a precious moment captured beautifully.

6. This one’s really interesting. Can you spot the other kitty? 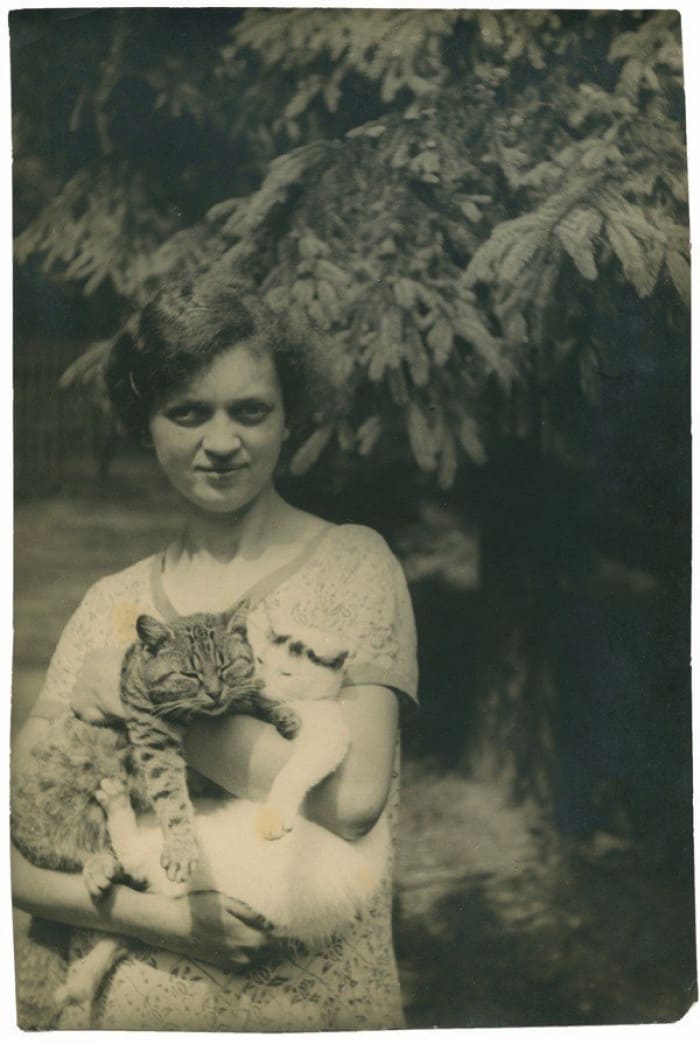 It took me a while to notice! 😀

7. People were getting their pictures taken with their cute little pets. 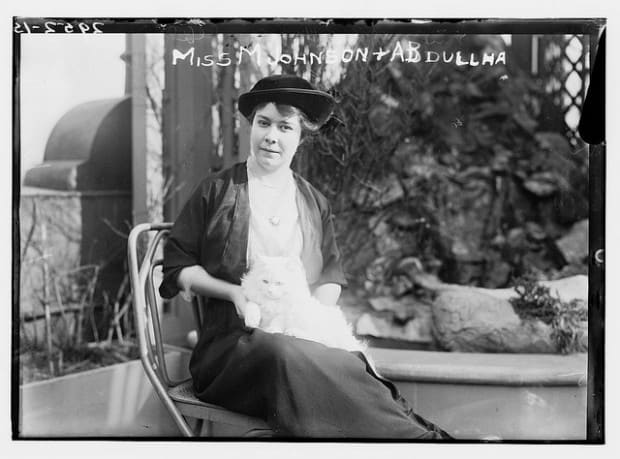 And look at this one. That’s a little angel in her lap.

8. She loves her cat but the cat seems to be in a hurry. 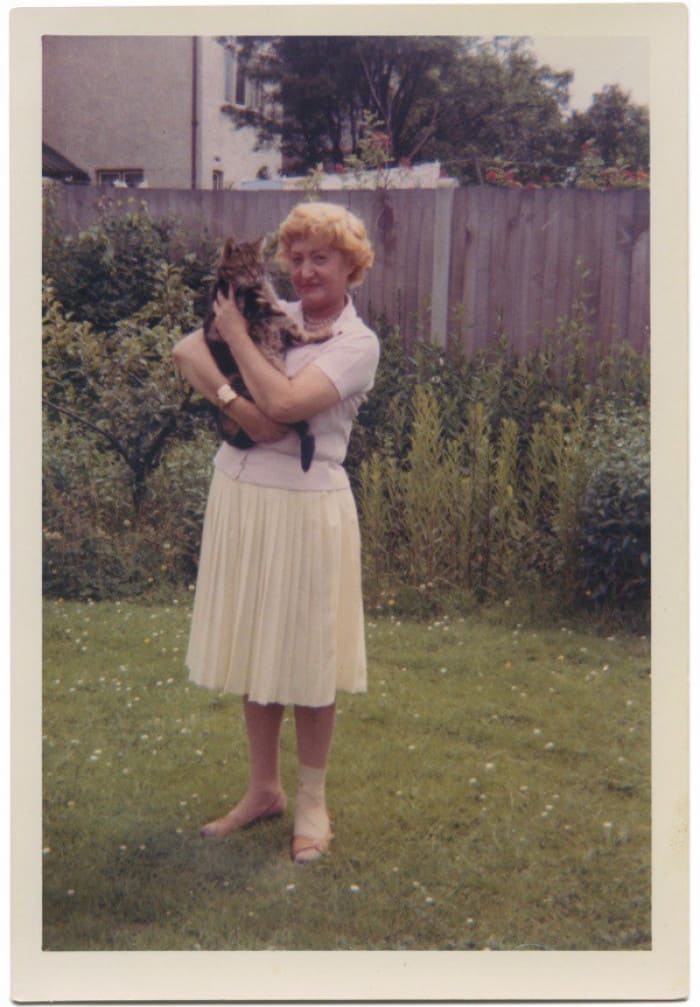 9. Oh my, such a gorgeous little kitty! 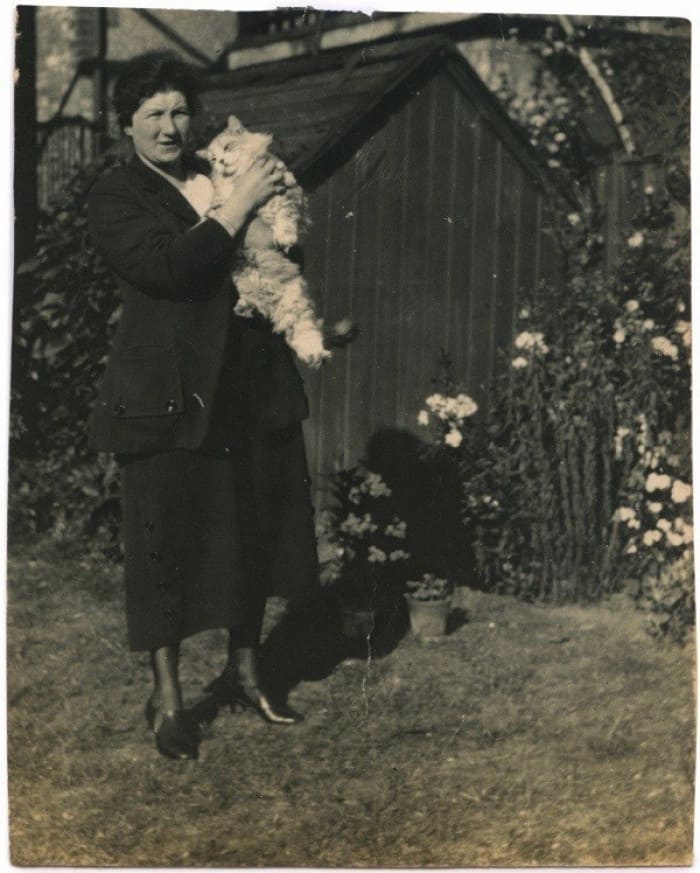 But let’s just take a minute to admire her garden as well! 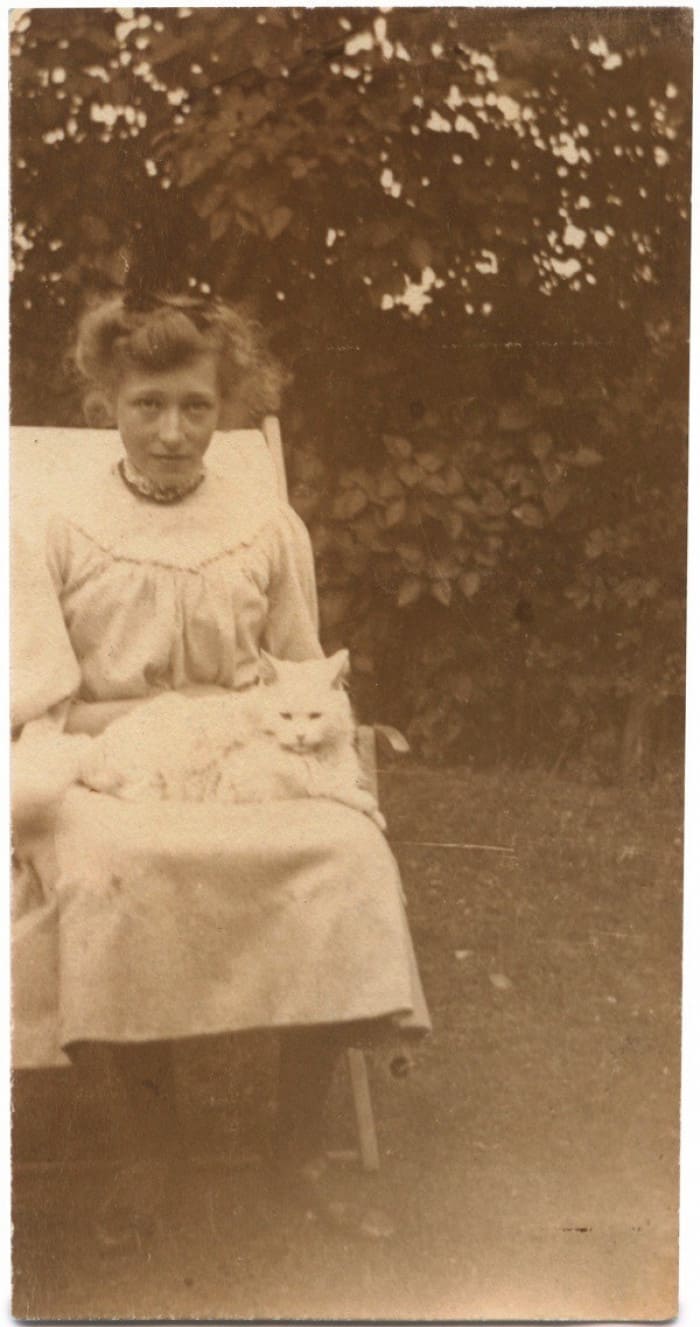 But look at the cat, she’s all confident and looking straight into the lens.

Alice said, “I became a cat woman the moment I was hit with a thud of love that I’d never realized a creature could produce,”. Furthermore, she added, “I never thought I’d become a cat lady, but, as I think of it now, the strangest thing is that it is something you can become.”

11. This lady here loves her kitties but she’s frustrated in this picture because her little felines wouldn’t let her work. 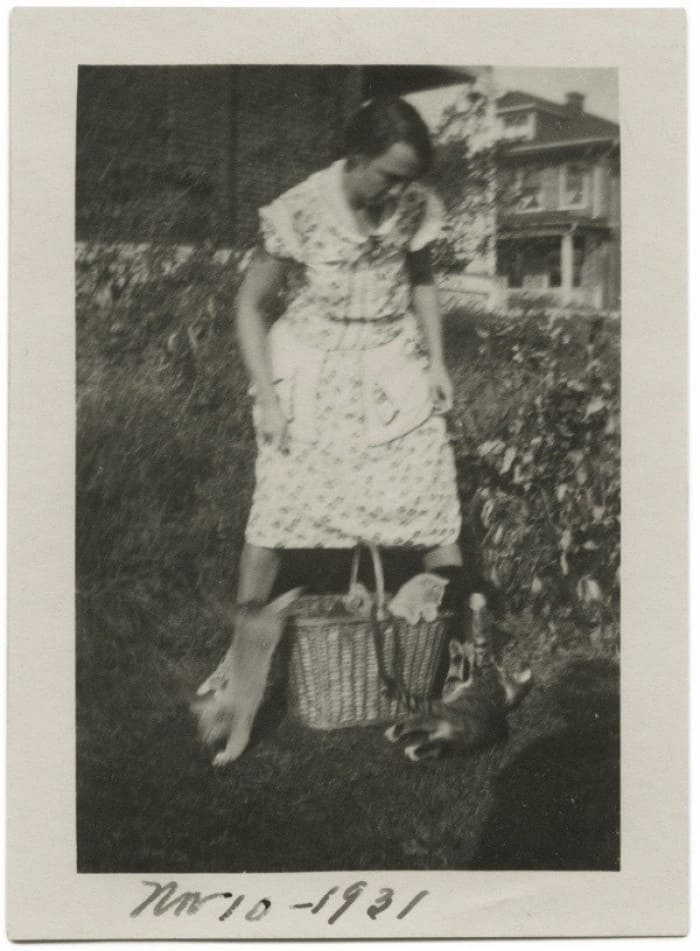 Look at the cats being annoying. Yes, they can be very annoying and cute at the same time.

12. This picture appears to be taken earlier than planned 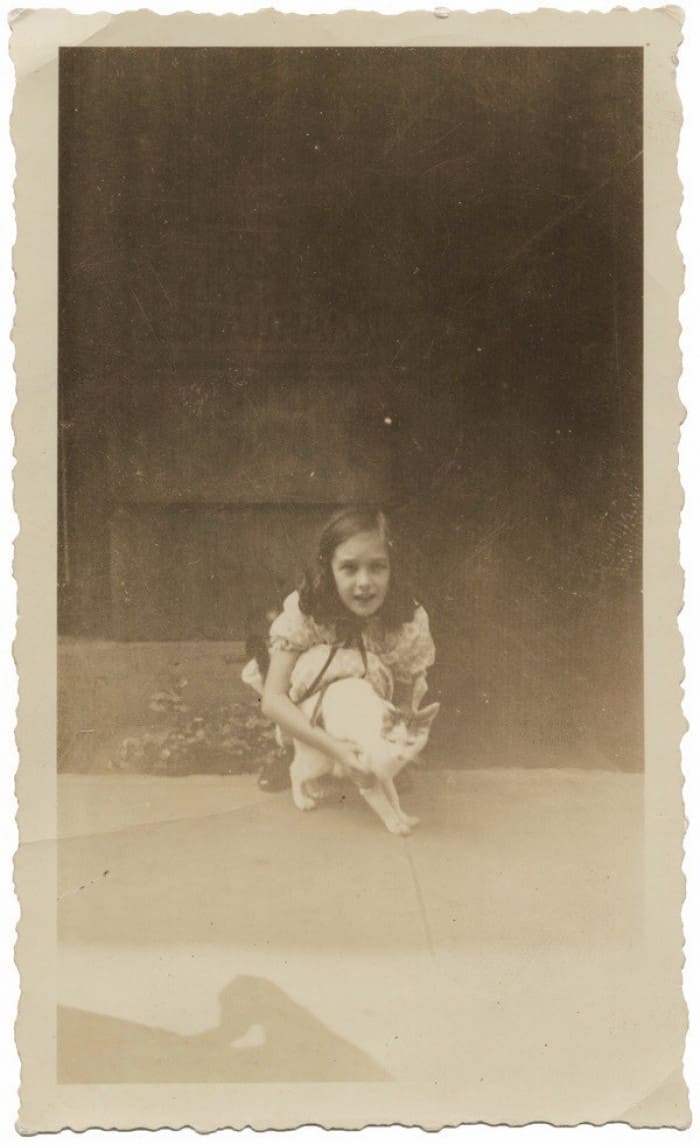 Should have waited for that cute little girl to hold her kitty! 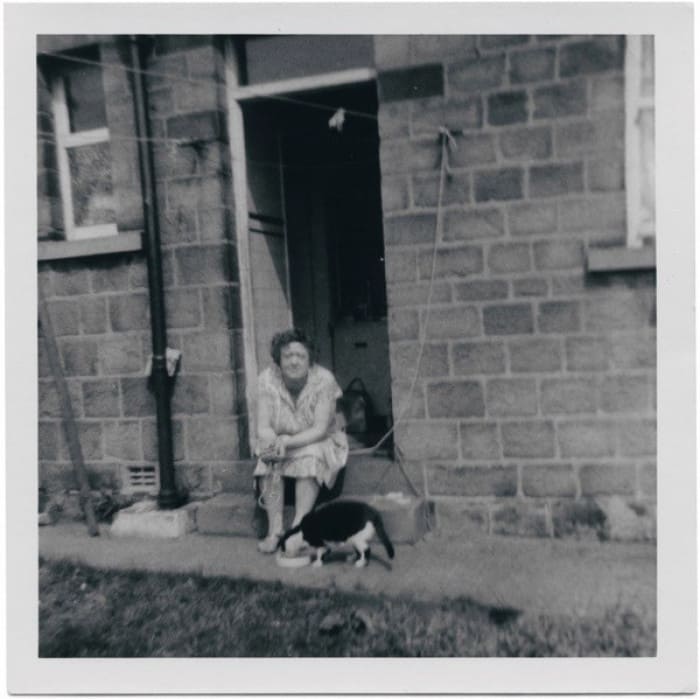 While the lady can relax now.

14. Someone’s really protective about her cat as we can clearly tell by the way she’s holding her furry companion. 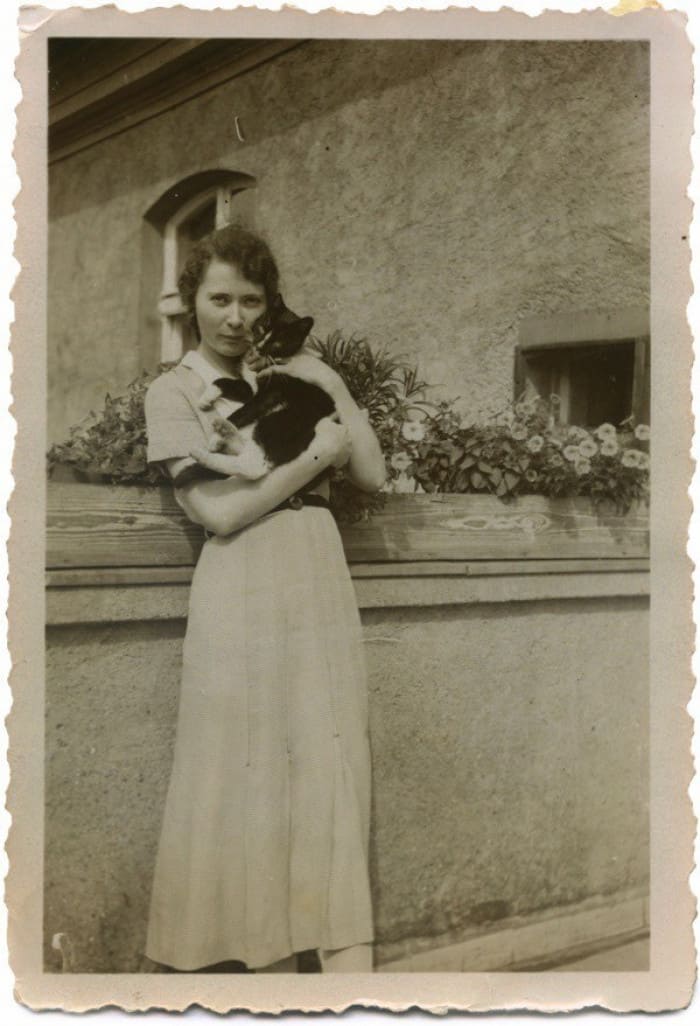 Such a cute picture though!

15. Oh, the amount of love in that smile for the cat cannot be described in words. 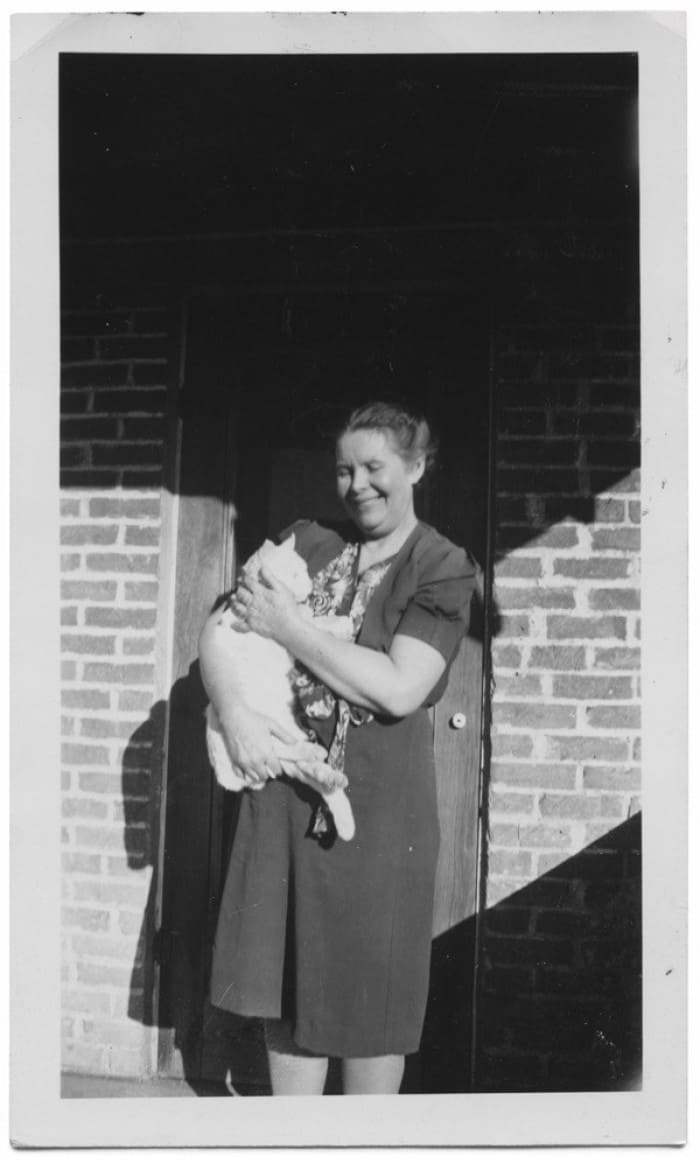 Kitty be like, “It’s too much sun out here, take me inside, hooman!”

16. Did you notice her dress? It’s probably because she was trying to make her kitty sit still for the picture. 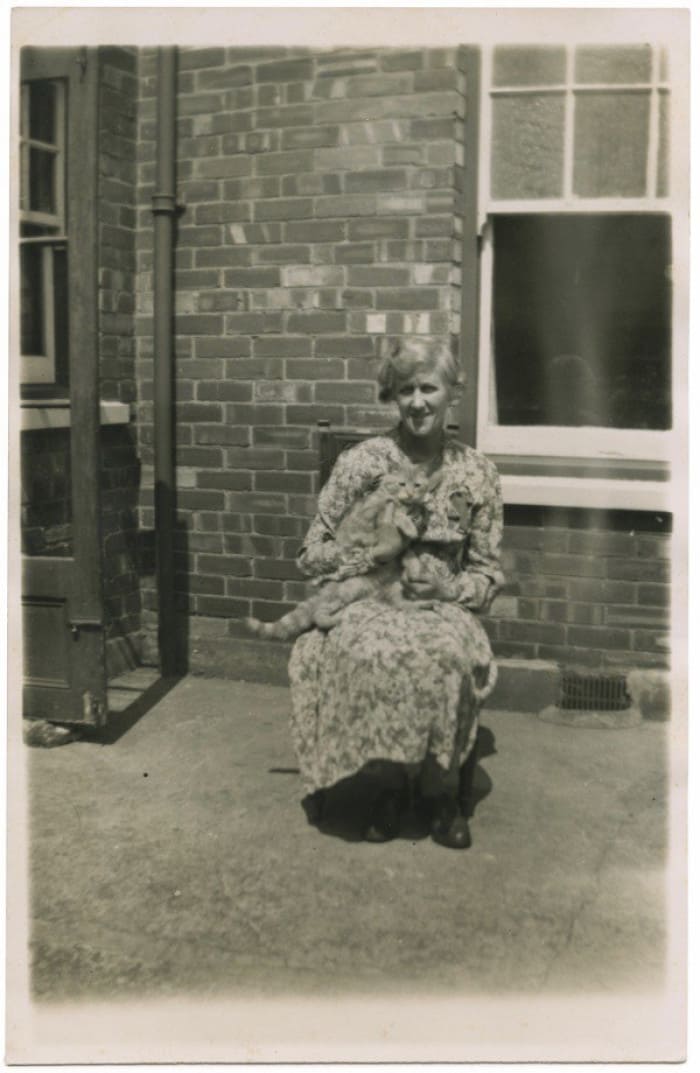 And the kitty just isn’t in the mood!

17. Posing with the Christmas tree! 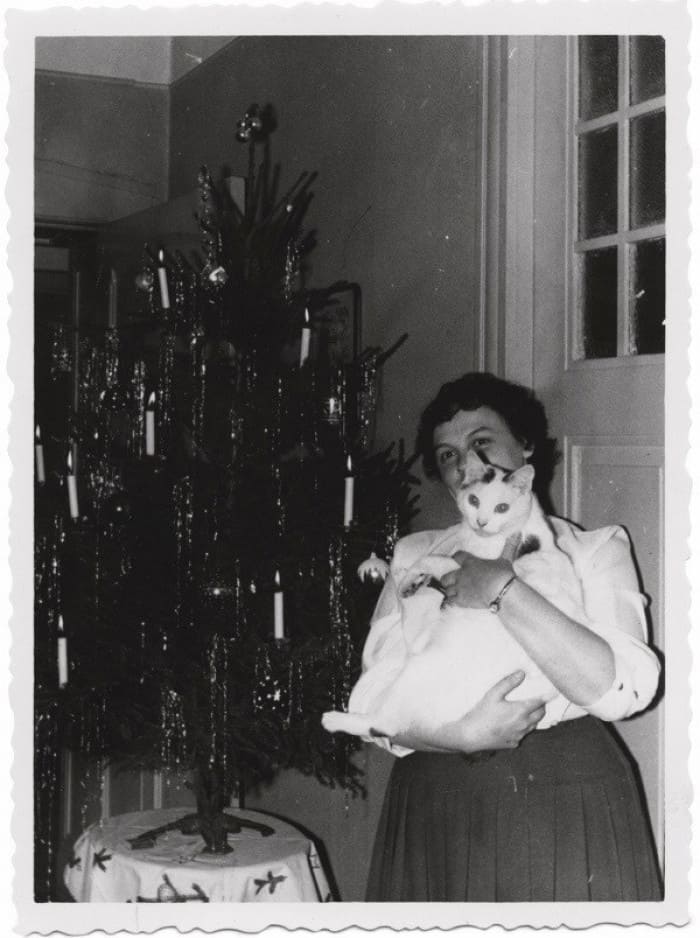 Why does the cat look drunk? lol

18. The kitten she holds is Gretel, her brother Hansel is elsewhere, a black blur battling the wire fence. 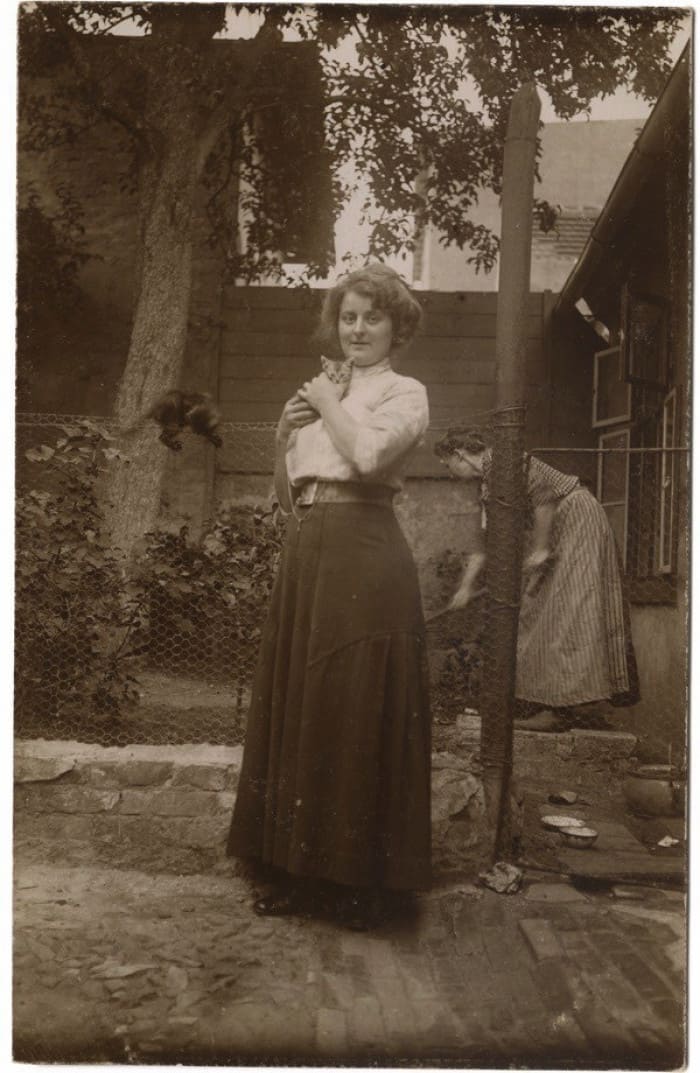 Hansel be like, “I hate pictures. Imma just do my own thing” 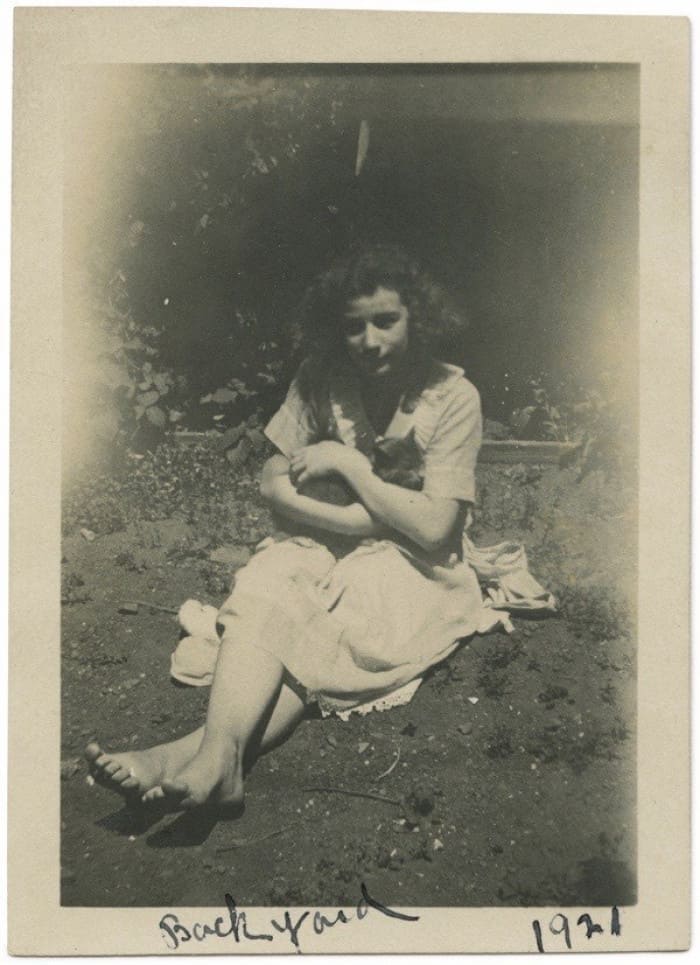 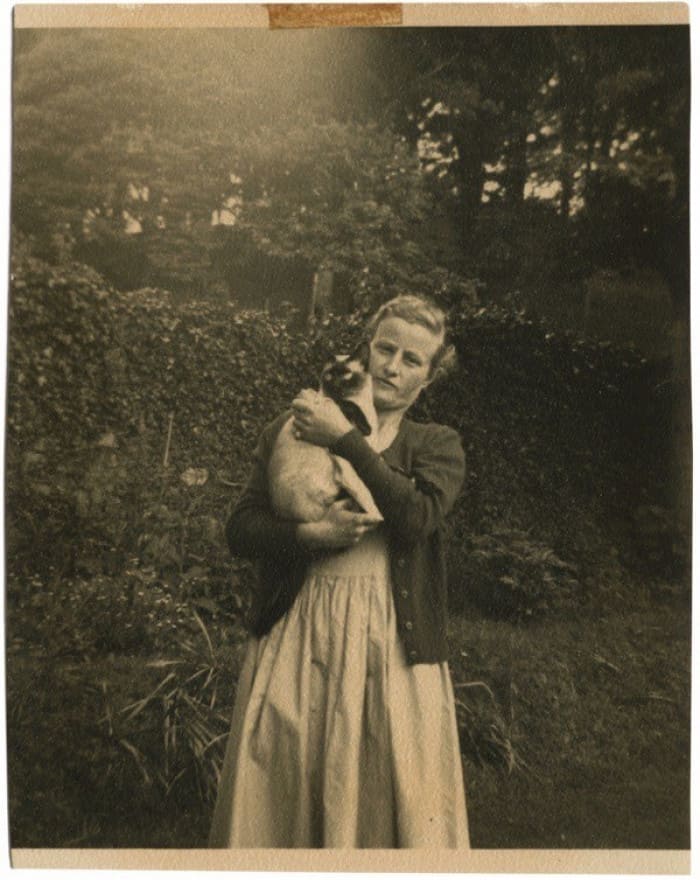 Except for the kitty doesn’t seem to be interested in posing for the picture.

And we have reached the end of this amazing vintage collection! Some pictures were kinda creepy though, weren’t they? Or is it just the polaroid effect? But did you see how taking pictures with your furry companions has always been a tradition from the start? Let us know what did you think of the pictures, into the comments section below.