Life in the animal shelter can be rough and is not exactly a dream for cats.

When push comes to shove, cats turn to other means to help their fellow felines out. One such cat was determined to help his fellow comrades, and it’s caused quite the stir in the shelter house. They would never have thought that an innocent-looking feline would be the cause for such great commotion. Years and years of cat training didn’t prepare them for this.

The Friends For Life Animal Rescue and Adoption Organization in Houston has had a troublesome time trying to curb the naughtiness of one such cat called Quilty. The guilty feline was seen by staff members to have been releasing multiple cats from their enclosures. The shelter tried to curb the behavior and tried righting Quilty’s wrongs but to no avail. After repeated failed attempts, the shelter had no other option but to sentence it to solitary confinement. Something that Quilty isn’t happy about. But the cat left them with no other option, they were grasping at straws at the end, because dealing with a single naughty kitty is one thing, but when that catto is determined to recruit members for its gang, then it becomes trouble for the shelter house.

I see you, human! 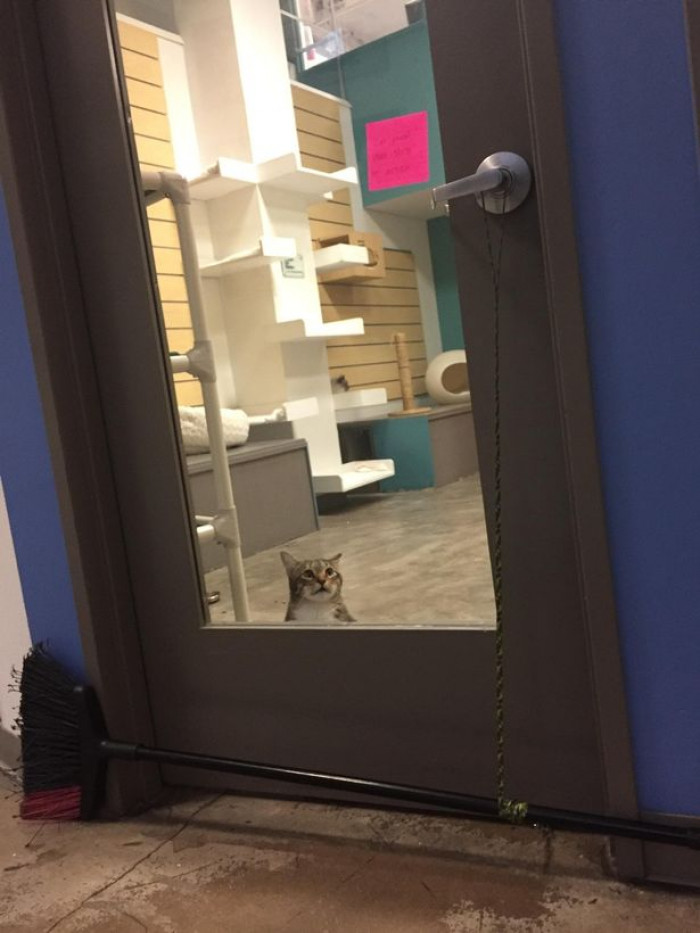 As one staff member put it, Quilty was releasing cats from the senior room “repeatedly, multiple times per day.” 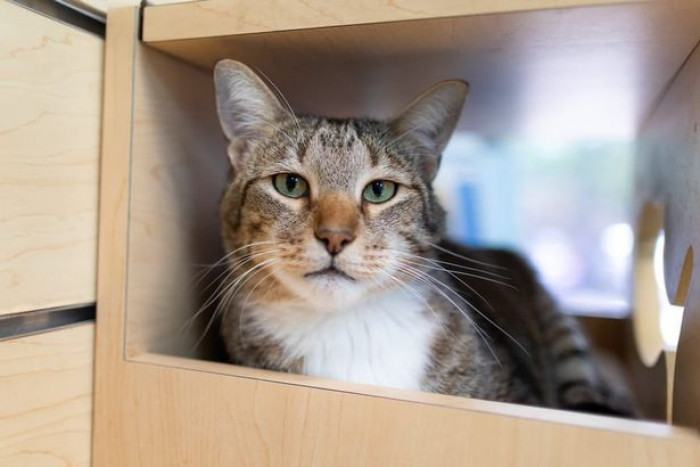 The staff at the shelter did some digging and found out about Quilty’s checkered past. Previously, he used to let his dog sibling into the house, much to the owner’s dismay. The staff took to Facebook in a hilarious post:

“Quilty will not be contained. And he has no shame. Quilty loves to let cats out of the senior room. Repeatedly. Several times a day. We have since Quilty-proofed the cat room, while he took a brief hiatus in the lobby. His roommates missed him while he was banished to the lobby. They enjoyed their nighttime escapades around the shelter. The staff, however, did not miss the morning cat wrangling, so we’ll just have to agree to disagree there.”

I’m innocent, let me out 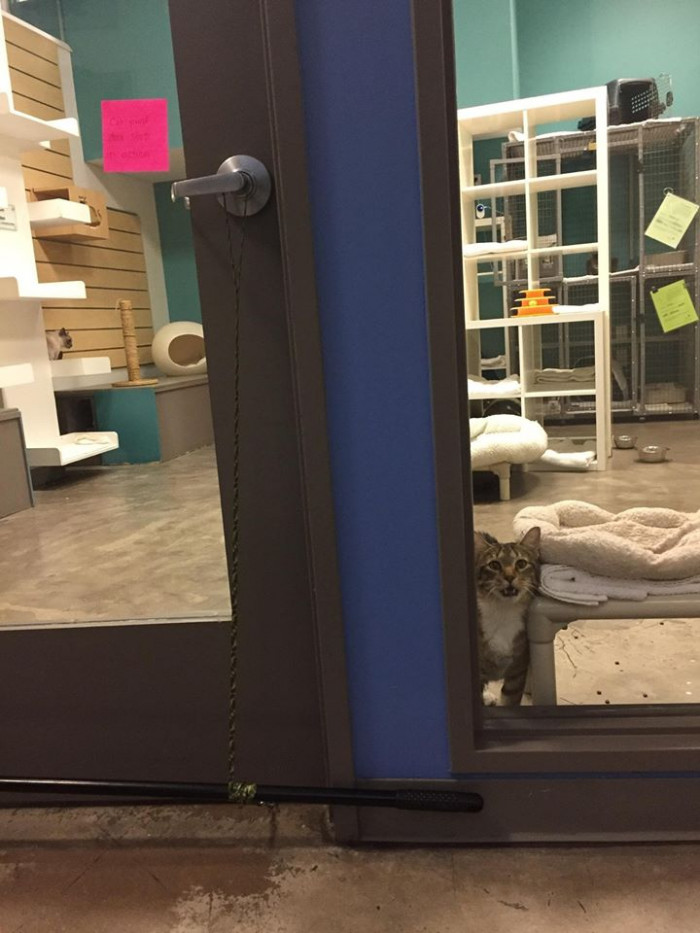 To no one’s surprise, the post quickly went viral and people on social media petitioned for Quilty’s prompt release.

After the campaign #FreeQuilty was launched and started trending, the shelter commented that his review with the parole board had unfortunately failed. But, to their dismay, he released himself anyway, before being escorted to solitary confinement again.

Where is the lock for this? 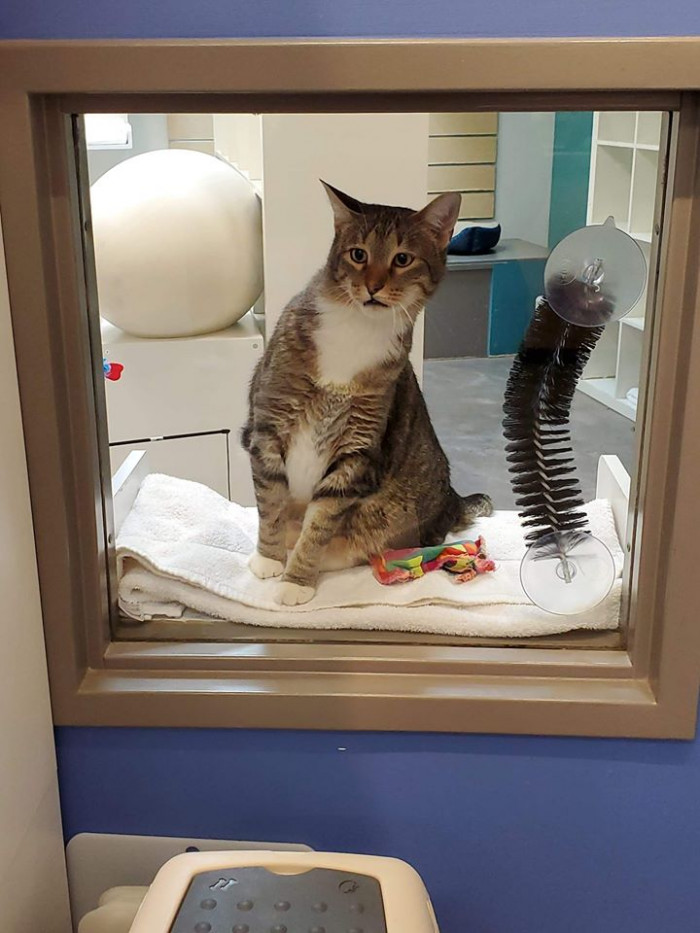 Alas, when Quilty couldn’t find a way out, he managed to leverage a human error and landed directly into a staff meeting. The shelter was quick to update the ongoing story with a hilarious video titled “spicy a-hole” being taken back to his solitary confinement. 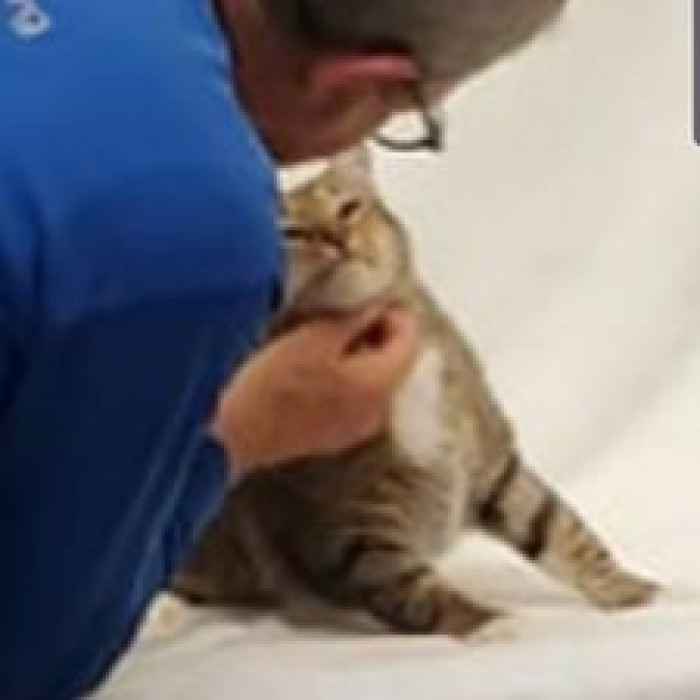 After the trouble the shelter had with the cat, his adoption bio was an apt and hilarious read: “I do know that I like to open closed doors. When I see one it challenges me, and I work hard to get it open and I’m usually successful.”

I can see the doors to freedom 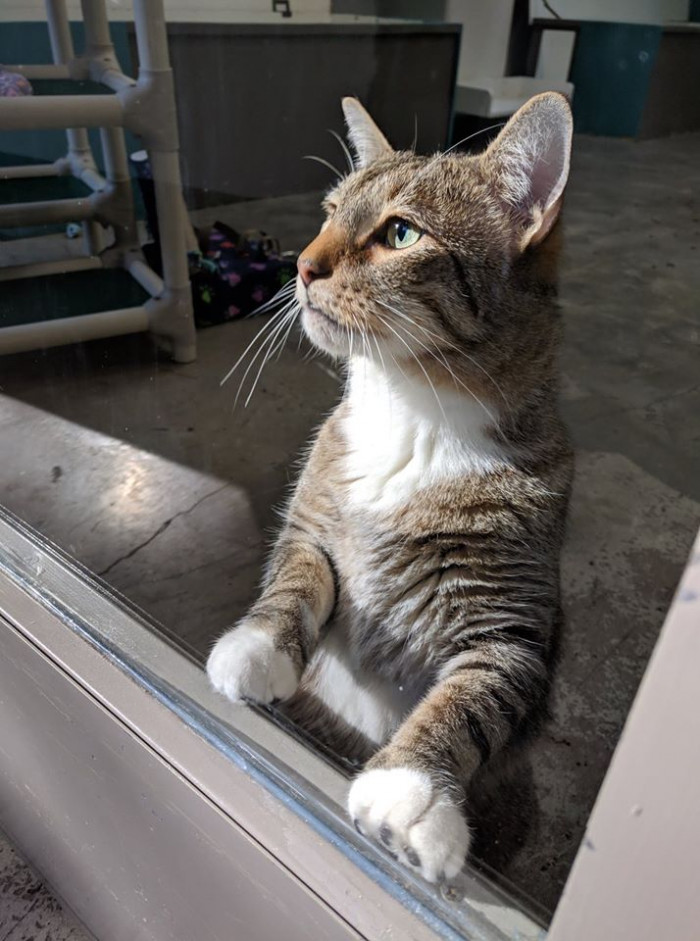 Quilty’s message to the followers 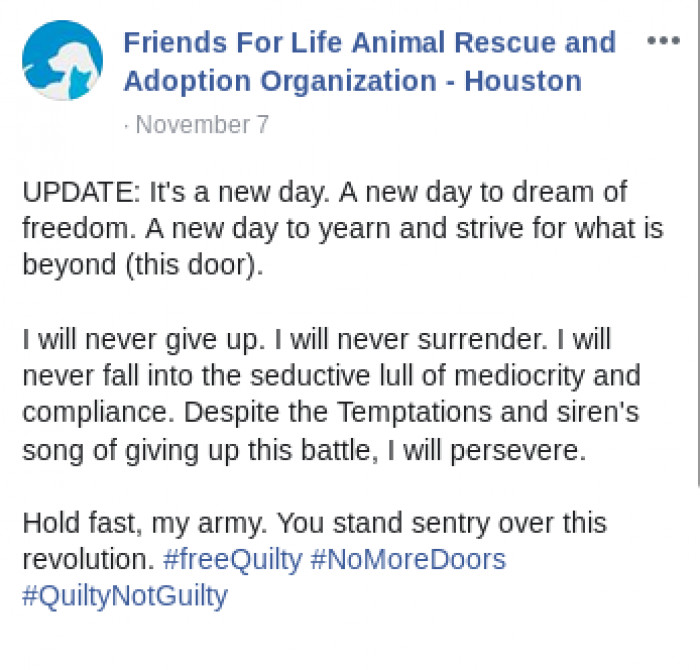 Even the escape artist needs some rest 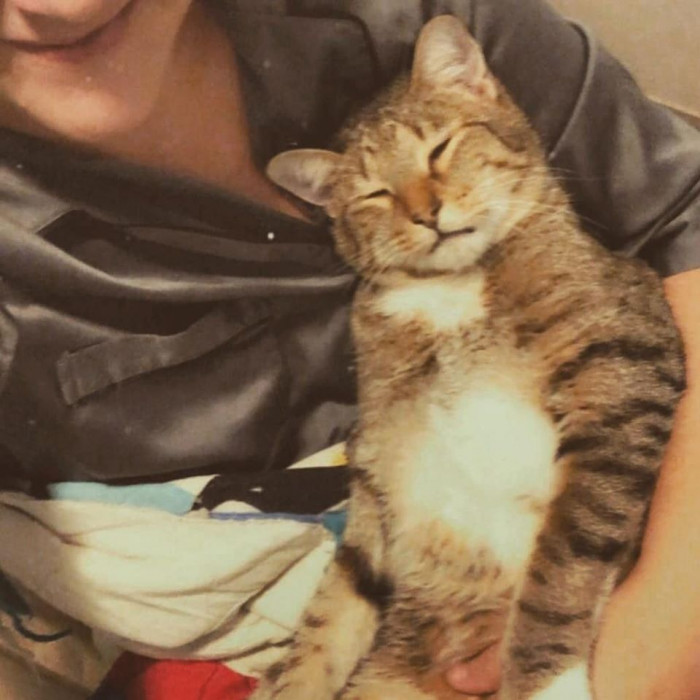 No need to worry, as Quilty’s much-anticipated sleep-over went great:

“Hi there! Just popping in with another Quilty update! He has really taken over the role of King of the house. He loves to be held like a baby and have his tummy rubbed and looks down on his human minions to do his bidding. He has us all wrapped around his paws for sure! Anytime he is ignored, he just starts meow-ing REALLY loudly and then Bam, he is being loved on and spoiled. His smallest human minion loves to feed him cat treatos, so he definitely has us all doing his bidding and goes to whomever he thinks will give him the most pets or treats. He still sleeps under the covers with me though. All is going well, I will update again tomorrow.”

Merch for the followers

Quilty has reached internet stardom, and his legacy will forever be remembered by the quality merchandise that exists in his name.

You can purchase it, and the proceeds will go towards a good cause. The animal shelter with an amazing sense of humor and constant dedication to making the animals happy. 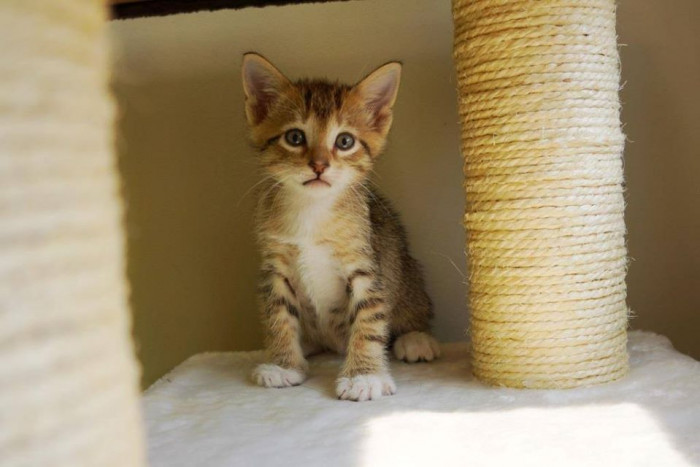 In addition to the amazing merch on display, much to the followers’ delight, an Instagram channel was launched to share the adventures of Quilty. We intend to keep a close eye on @free_quilty to see what the mischievous cat is up to next. We can’t back out now!

The story couldn’t have been more entertaining, we were on the edge of our seats, trying to find out what Quilty would be up to next. It’s great to finally have a cat that doesn’t confine to the rules of human society and makes its own schedule. It started out by releasing other cats and ended up in multiple escapes from solitary confinement, a place where even the naughtiest kittens dare not go. But Quilty was just made different and wasn’t a cat that was going to be easily locked up behind closed doors. Quilty had a cunning catto brain to help him plan escapes and evade human counterparts.

It was amazing that the shelter could share the amazing story with users on the internet, and as it developed, there were more laughs awaiting. From just a post on social media to amazing merch and finally proceeds going towards a good cause for our catto friends, we can proudly say that Quilty is a hero amongst the cat community, for giving us a good story and helping out the animal shelter at the end. A cat hero that we need, but don’t deserve, that’s Quilty for you.