Being a woman can be very difficult.

People think women’s struggles aren’t real. We deal with a lot of gender discrimination on a daily basis but no one seems to take it seriously. Women have a hard time opening up about their struggles because of the toxic culture society has created for them. Every time someone goes through something and wants to talk about it, people victim-blame so much that they think twice before opening up again. This is wrong and needs to stop. A woman does not deserve to be treated unfairly or badly just because she is not a man. You can’t oppress her because of her gender. She is much more than that. However, people seem to justify a lot of wrong behaviour by victim-blaming. Any time someone opens up about a bad experience, people ask questions like “What were you wearing? Why did you go out so late? Why were you alone? Why did you post such a picture?” Blaming victims like that just prevents them from sharing their experiences.

The victims are not to blame. Nothing a woman does gives permission for anyone to violate her. This behaviour starts from little unwanted comments here and there and grows into something much more dangerous later. Twitter user Catrin Williams, who goes by the username @catttttt___ posted a screenshot of a Snapchat message that shows what women deal with on a daily basis on social platforms. Scroll down below:

They say men only send us weird messages because we put up revealing photos of ourselves. 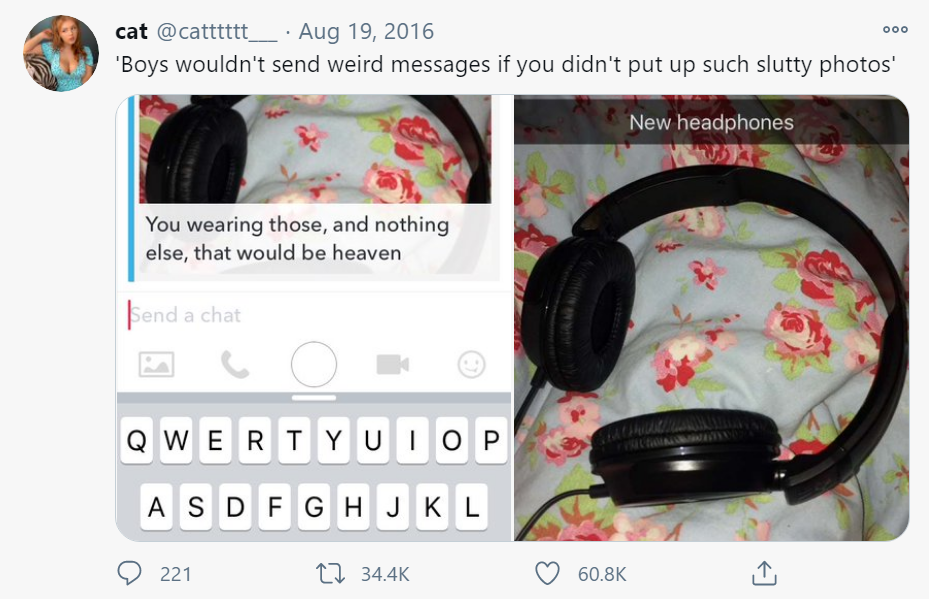 She put up this picture on her Snapchat story. 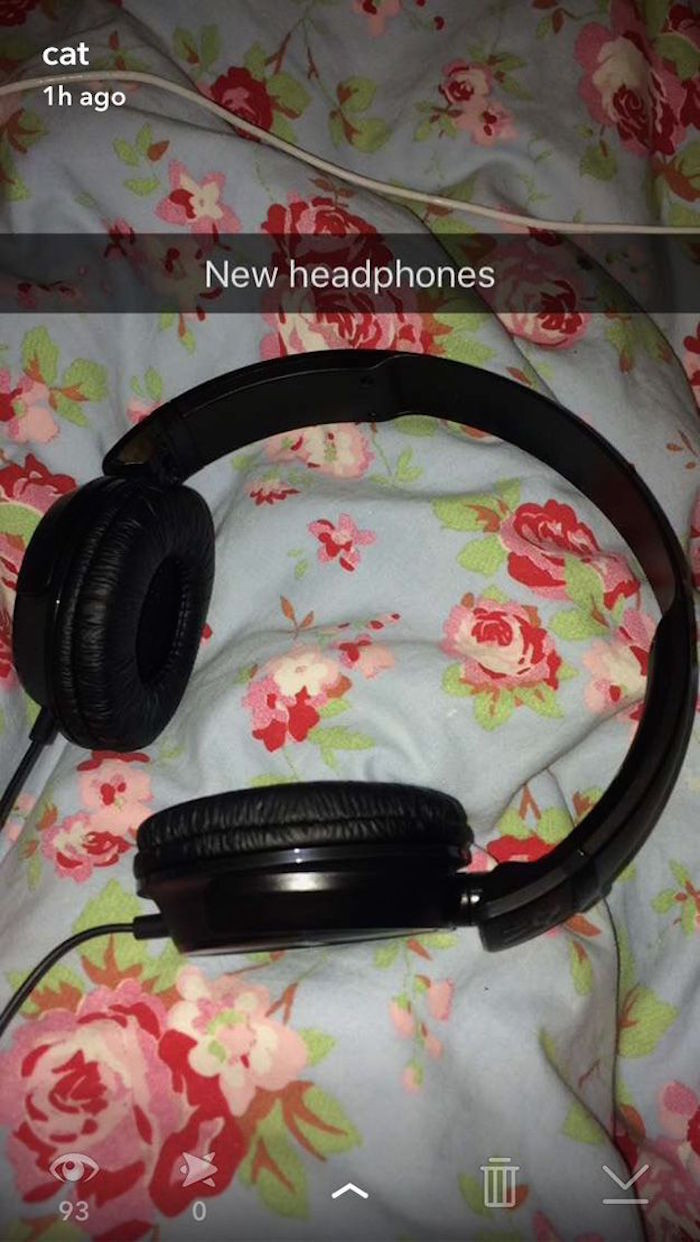 And received this reply from a random guy. WTF? 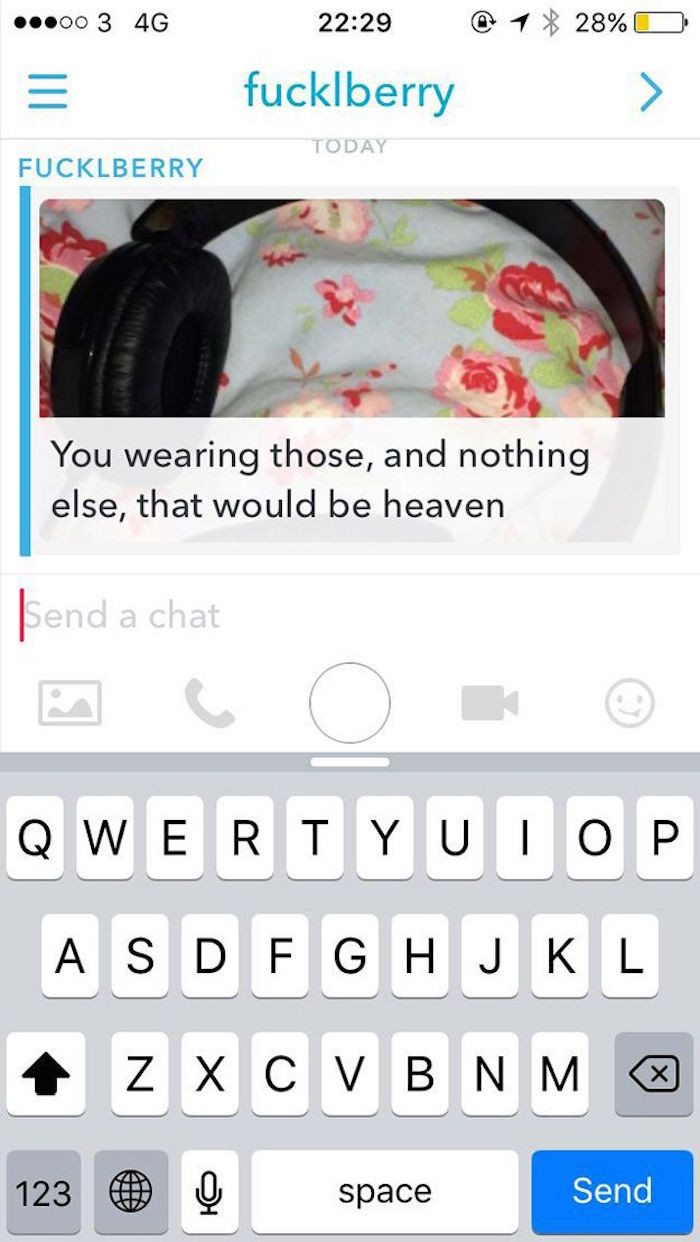 This is both hilarious and frustrating at the same time. I would love to see the logic of victim-blamers behind this. Are the headphones too curvy for him? Is she seducing him with her oversized headsets? Did she ask for it? The truth is, there are bad people in this world who will commit evil just because of who they are or what they’ve been taught. They feel free to do whatever they want because they feel more confident when others start to blame the victim and they are never held accountable for their actions. We need to change this already. It’s 2020. Stop blaming women, it is NOT their fault.

This is how others replied to her tweets:

There was a lot of sarcasm going on.

Make him regret sending that.

Thankfully, there are good people out there too.

Is this person for real?

The woman seemed to be enjoying herself after this. 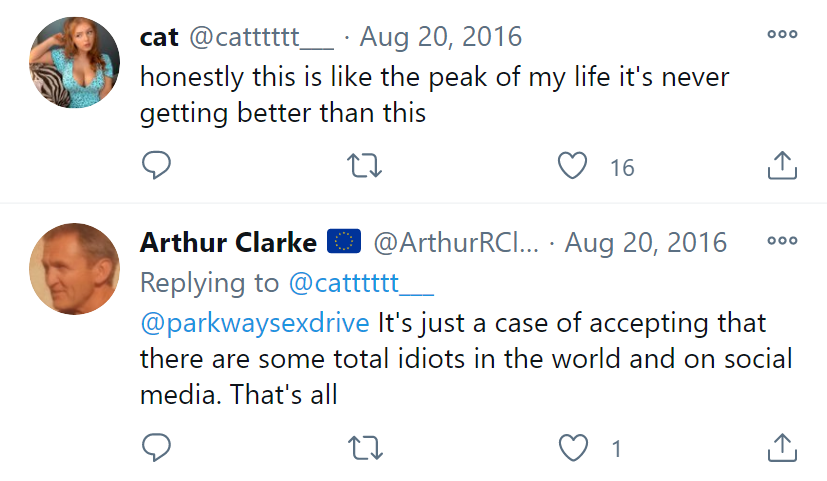 Who in their right mind would think any girl would fall for them with messages like these? 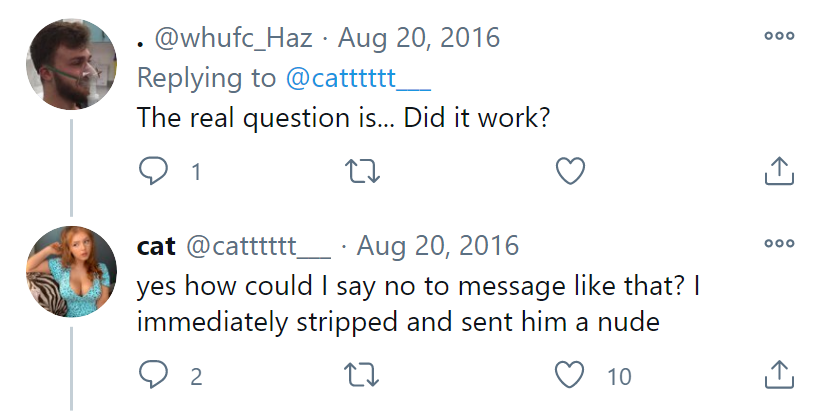 Isn’t this ridiculous? What are your thoughts on this subject? Have you ever received such messages from men on the Internet? Share your experiences and thoughts with us in the comments below.