Trying to mold someone to your own culture is not okay.

People who get married to someone from a different culture need to accept that their partner might do things differently than how they were raised to do. And it is everyone’s duty to respect each other. However, that doesn’t mean your partner has to listen and mold themselves into what is expected of you. And if one can’t deal with that simple fact, they should have thought about this beforehand. Although things were going great for this couple.

The guy had a son from his previous relationship and his wife treated him like her own son raising him for eight years. So you would think the husband would consider her as his son’s mother as well. Apparently not, because as soon as his son started going through puberty, he asked her to wear more modest clothes around her stepson. I don’t even want to consider the implications of what he is implying here but they are clearly not chaste thoughts regarding his wife and son.

If he thought this was going to be an issue, he should have told her beforehand. Not eight years later when she is already invested. 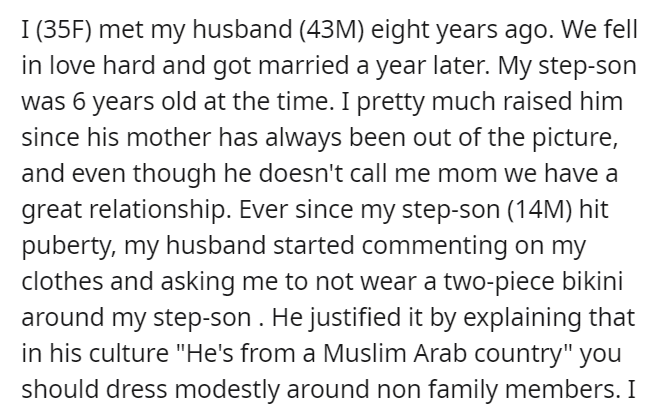 It is her own body and her choice to dress however she wants even if he is from an Islamic country. 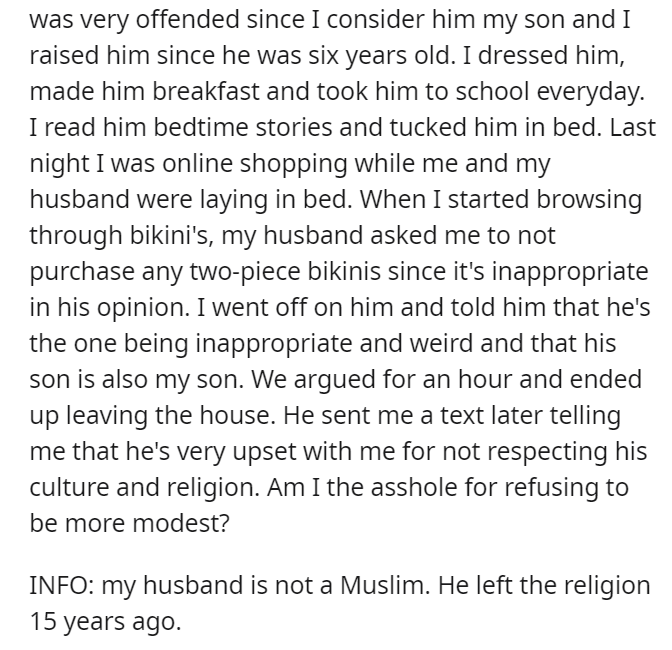 So it’s easier for him to just force you to cover up than to teach his son basic respect for women and their bodies? I guess it makes sense to him, as he clearly doesn’t have that basic respect himself. –jendickers

And not only that but he left the religion years ago so I don’t understand what the problem is here.

The son might not even know this is happening and the husband may be saying these things for himself. 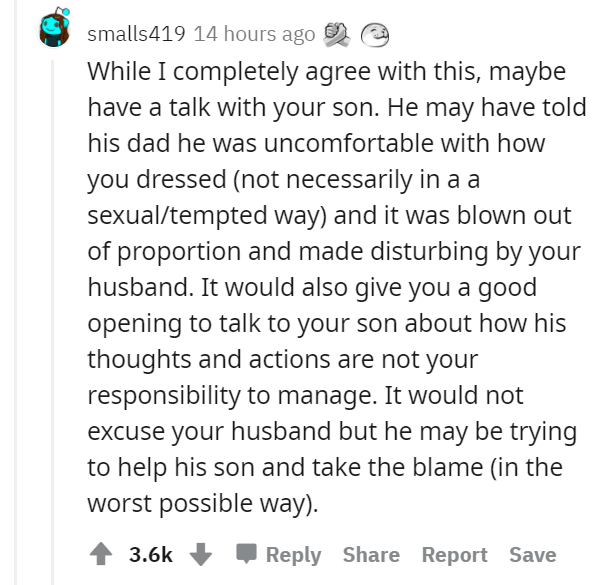 All I can say is that they need to talk about this before it gets even more serious and causes a rift between them. 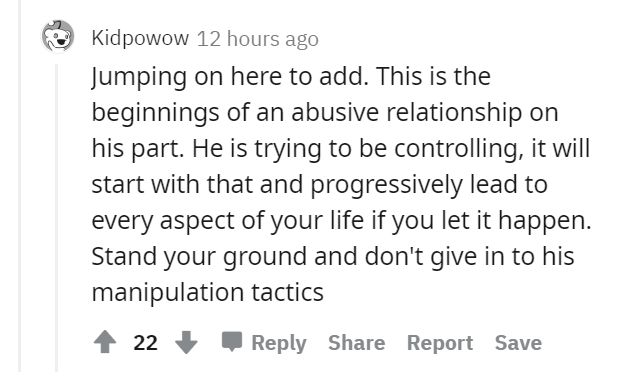 If she wants to wear a two-piece bikini, that is her right and she shouldn’t be stopped. 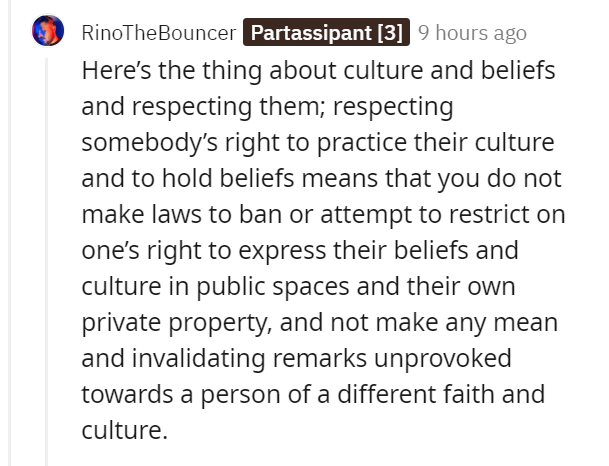 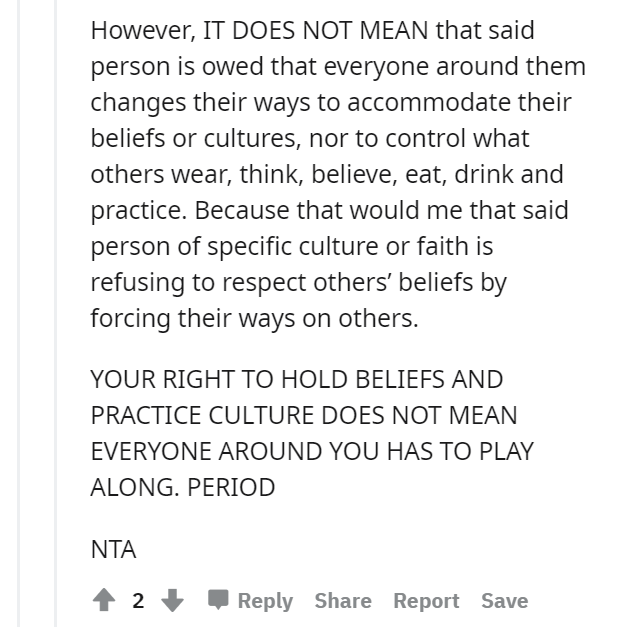 Just because you are from a specific culture that does things differently doesn’t mean your partner has to follow those ‘rules’ as well. 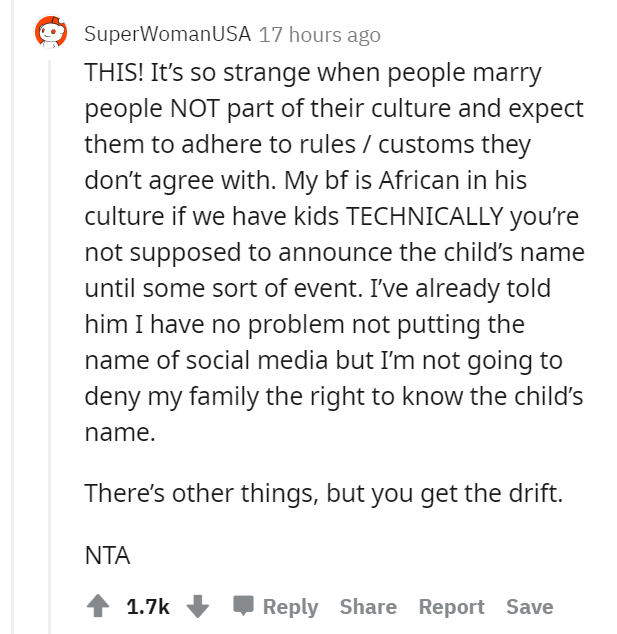 Moreover, she must have worn bikinis at beaches as well and that is not okay in Islamic culture as well. Was he okay with it before? 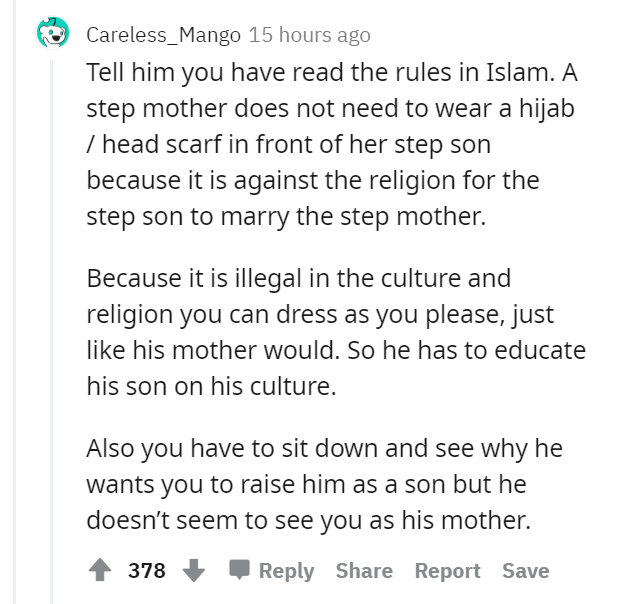 If so, what has changed since this? Is it just because his son is not going through puberty? 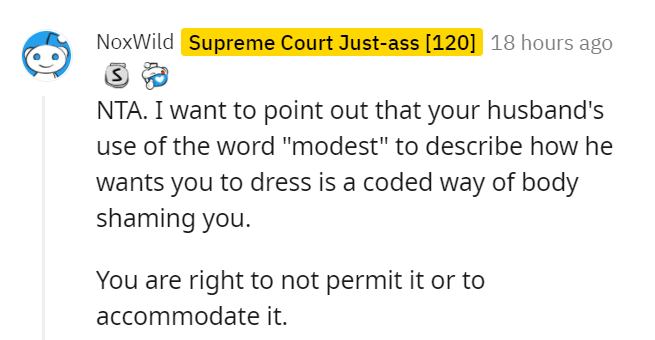 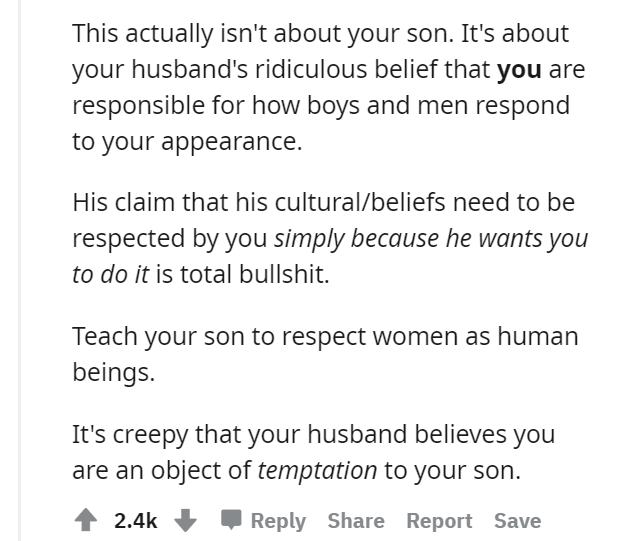 layers of gross that I do not even want to think about for a second. 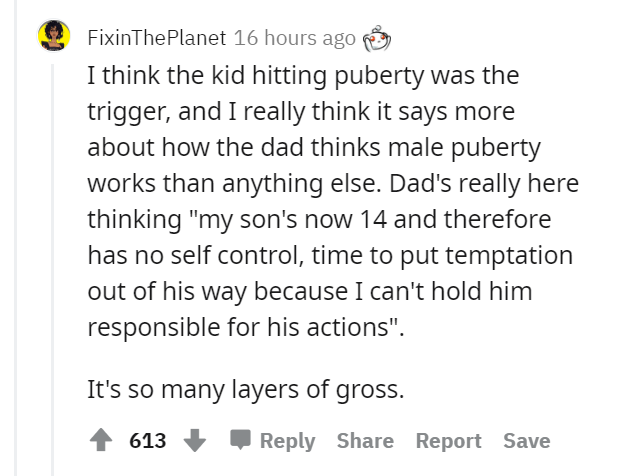 People did offer different perspectives on this problem. 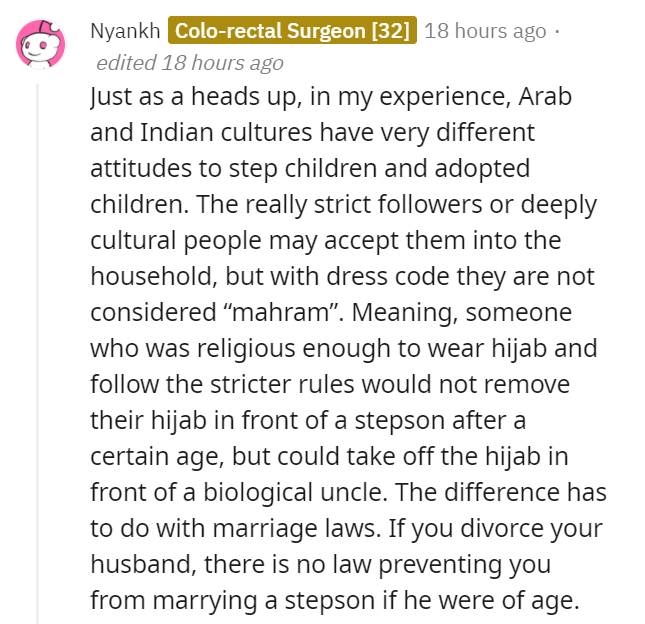 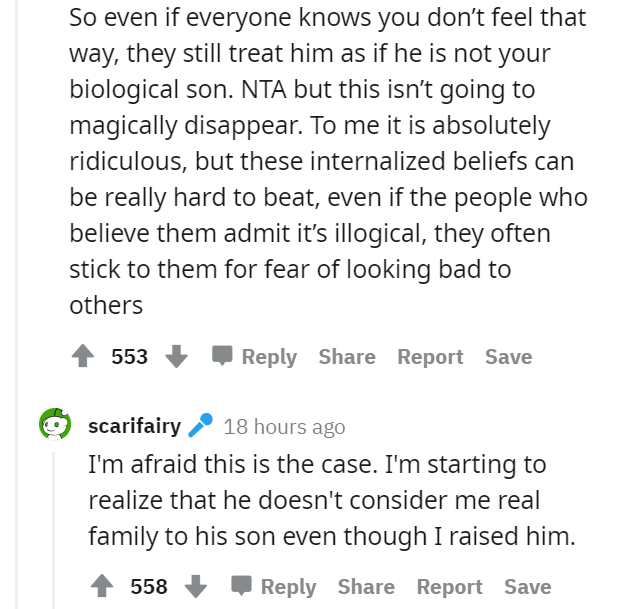 NTA- your husband is an Ex Muslim. He’s not even a practicing Muslim anymore, and you aren’t a Muslim at all, therefore you don’t need to adhere to any of their practices. Funny how his old beliefs become relevant to him when you decide to wear a bikini years after you get married.

If he has never questioned your clothing before I would dig a little deeper and figure out what’s going on now, and see why all of a sudden he thinks it’s okay to push his old religion on you. To me, it seems like a convenient control tactic or maybe outside forces influencing him. Figure out what’s going on. But by all means, wear whatever you want and be proud of yourself. –sofiassecret

Some were more factually right than others. 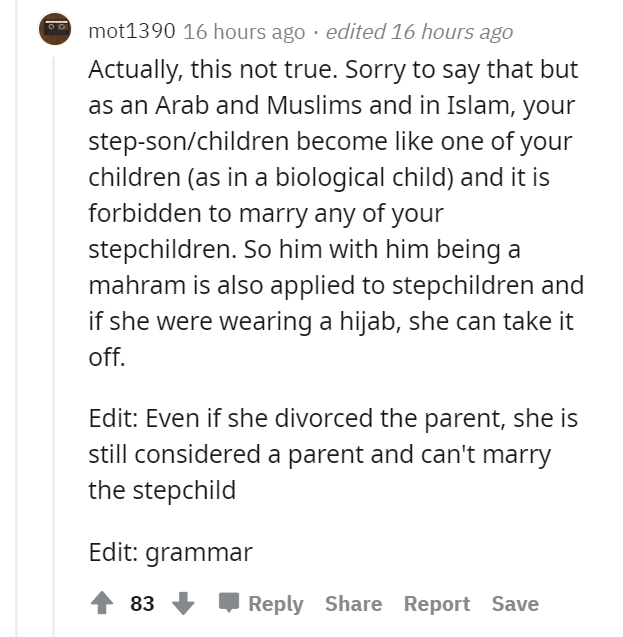 What are your thoughts on this problem? Voice your opinions in the comments below.