While I agree that there should be a professional environment in some places like schools and offices, that does not mean that the rules should be ridiculous. If there are rules set up by a school, they should apply to everyone. When schools show favoritism towards one group of students, it is unfair to the others. If you want to apply your rules in a place, they should be equal for everyone. If there is subtle favoritism here and there, there is bound to be disruption and arguments. Some schools take their rules way too far and their dress codes can be very unreasonable. This is a constant issue in schools in the US especially.

This girl shared her story on Reddit of when she was a sophomore. She got sent home one day because her skirt was too short, and she returned wearing her school uniform which was shorter than the skirt she previously wore. The story is actually hilarious and just screams chaotic energy. Scroll down below to read all the details of it:

She was a sophomore in 2013 and her school had a tradition of wearing school uniforms of respective groups on Fridays. 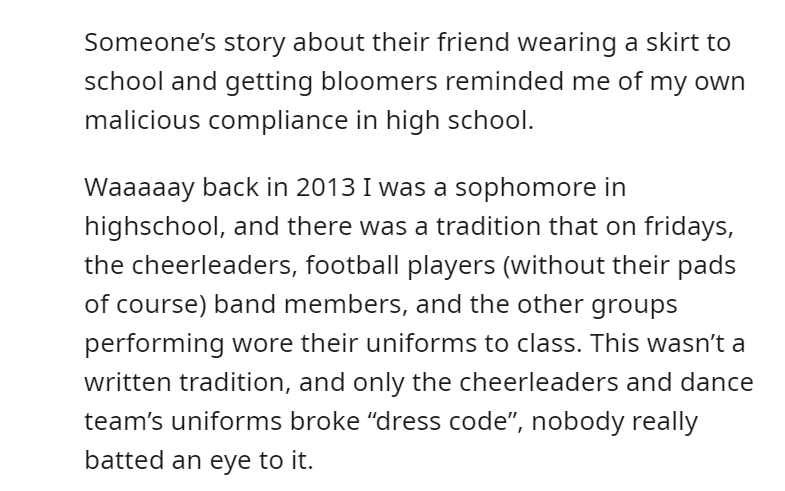 So, one day she wore a sundress to school and got sent home because it was 4 inches above her knee. The cheerleaders would wear even shorter uniforms on Friday, but no one would bat an eye at them. 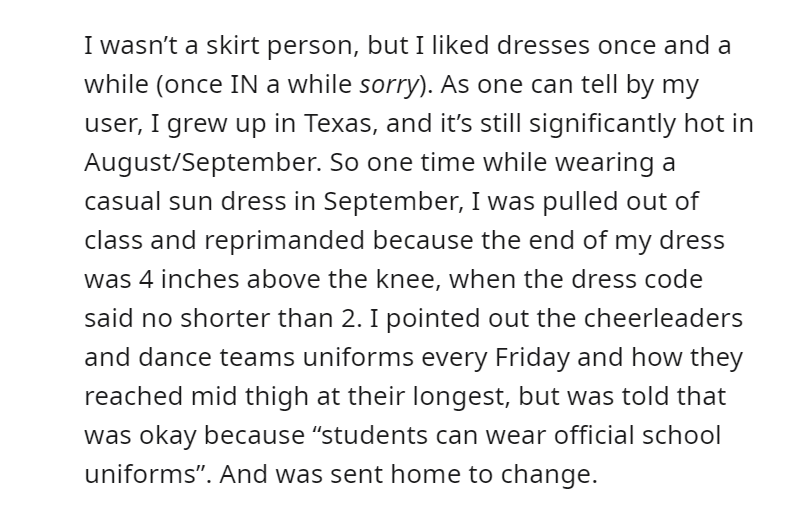 That’s when her malicious compliance ensued. She wore her golf team uniform the next Friday, which had an even shorted skort. 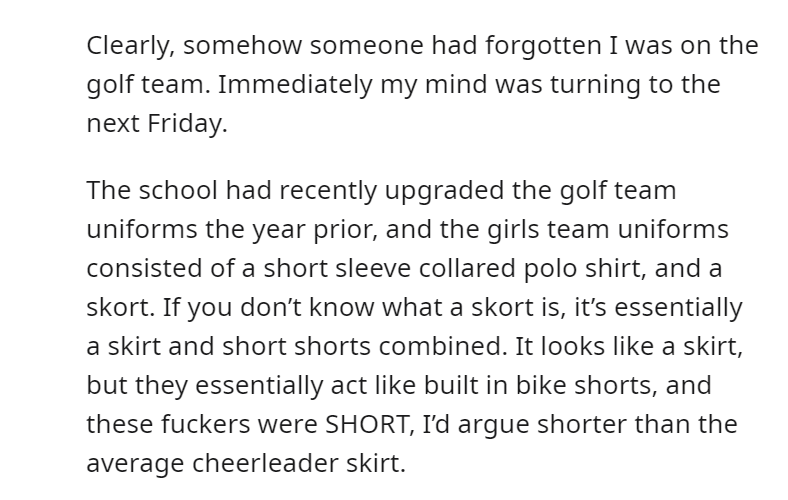 She got sent to the office again and the assistant principal bashed her for deliberately disobeying her. 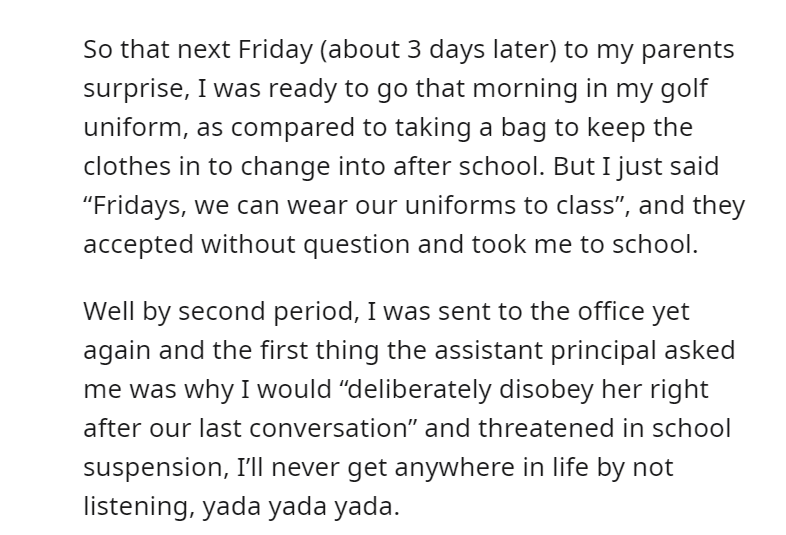 So she argued that it is part of the school uniform and they shouldn’t have any problems with it.

The assistant principal bashed her even more for being disrespectful and called her parents. 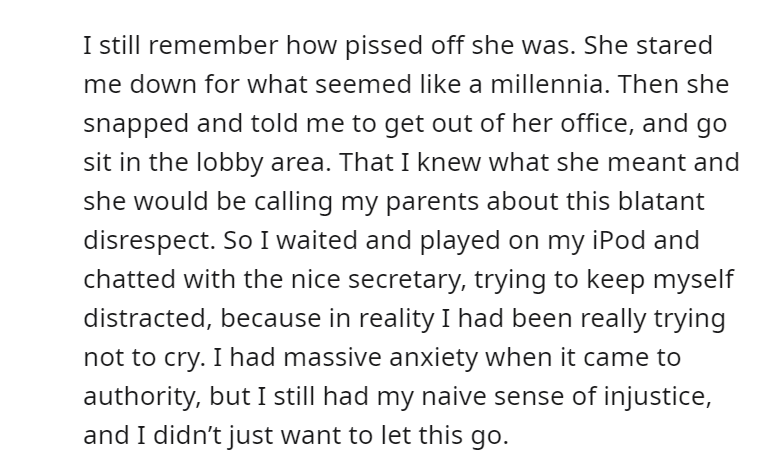 However, after a while, the assistant principal said that she could go back to her class and that she has permission to wear the uniform. 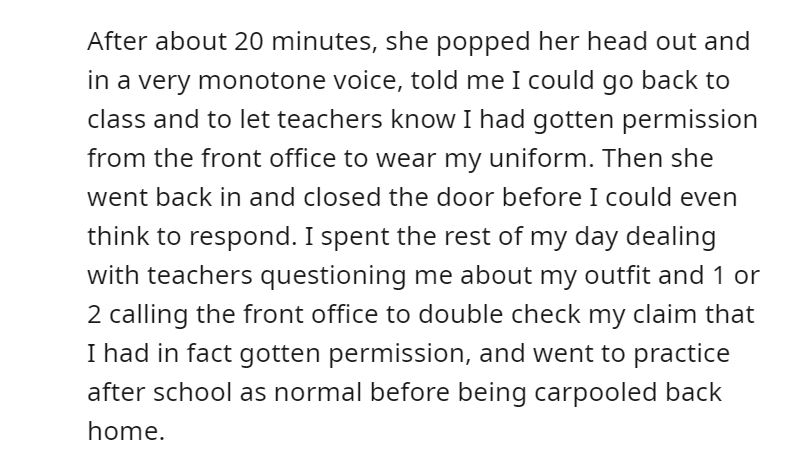 Her dad then explained that he argued with the assistant principal and she had no choice but to agree with him as it was their own school’s uniform. 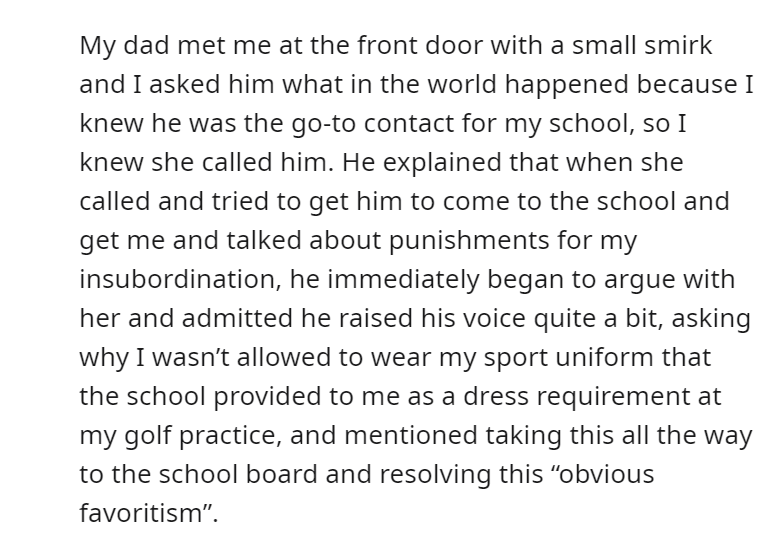 He told her that he was proud of her for standing up for herself. 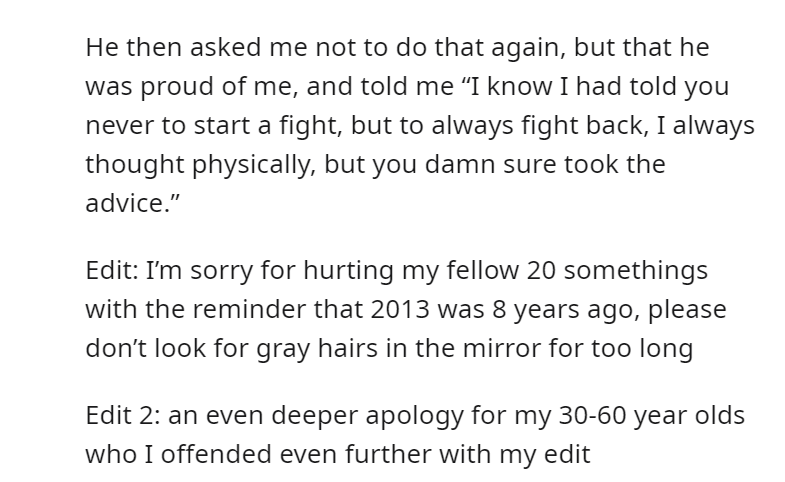 She also provided some clarification on the band’s uniforms. 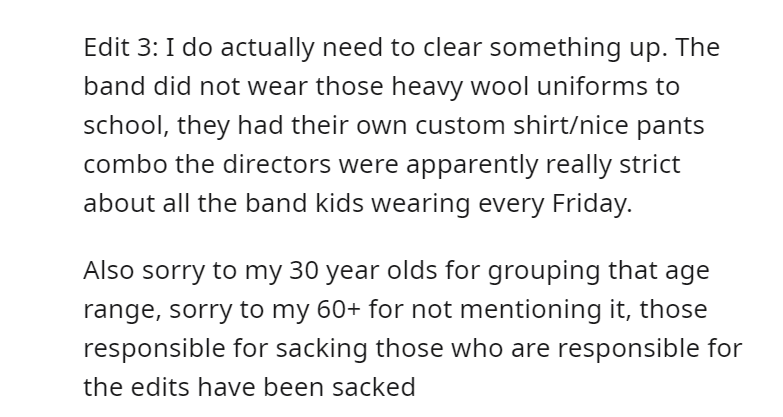 Well, wasn’t this incredible? You have to give props to this girl for fighting the system. They probably had to reconsider their rules and realize their favoritism. You see news of so many girls being sent home from school for wearing “inappropriate” outfits because it is making the male teachers and students uncomfortable. They are just sexualizing female students because in most cases the outfits are pretty normal.

This is how other Redditors responded to the story: 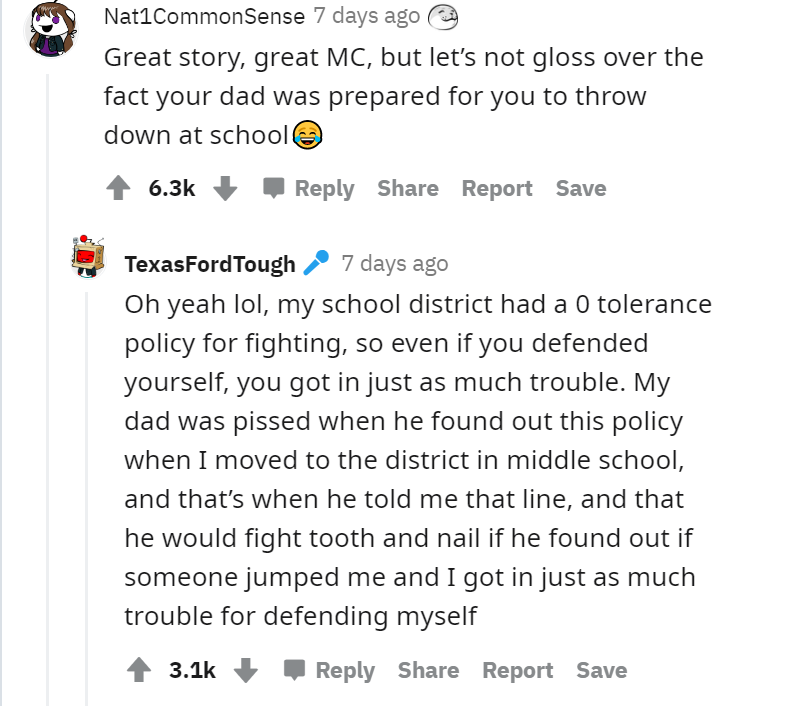 Cheerleaders are pretty much of a big thing in American movies. Is it the same in real life? 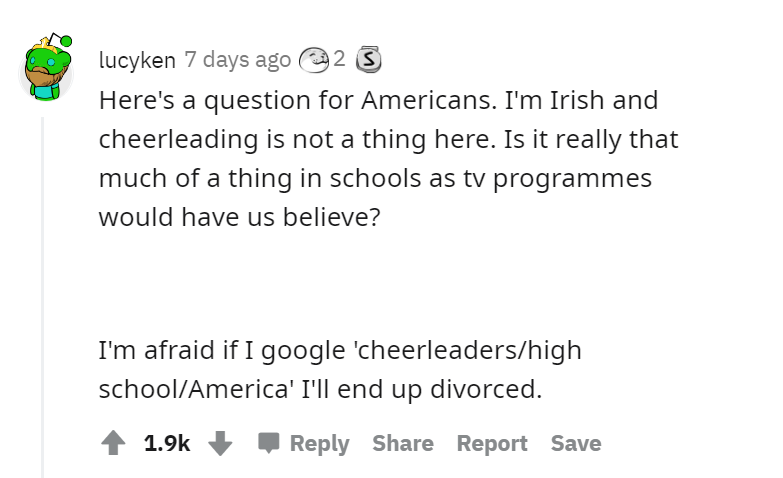 It all comes down to sexualizing girls. 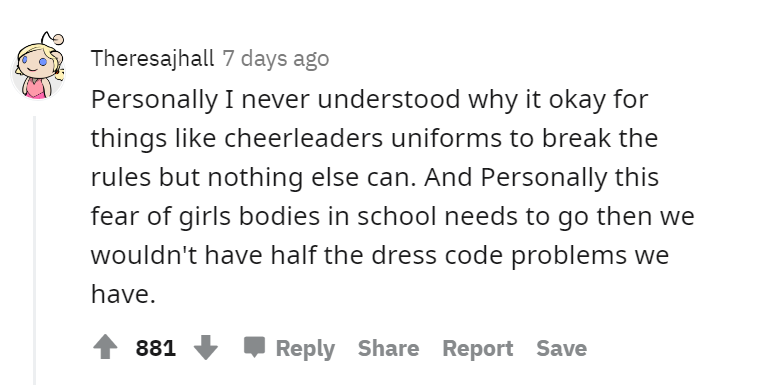 That made me feel old. 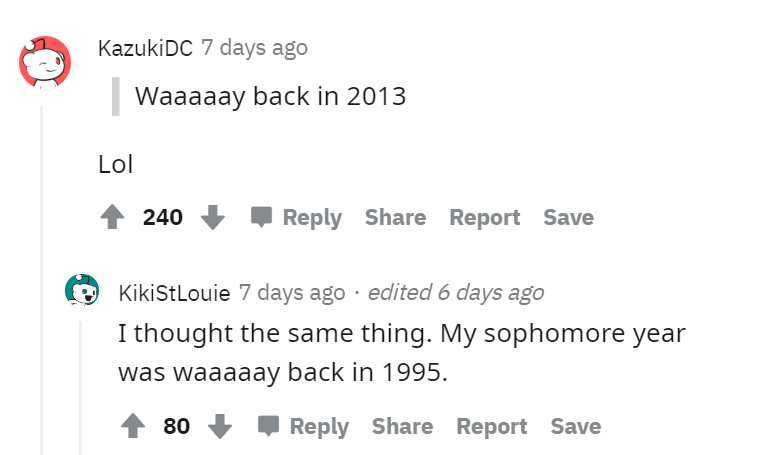 What do you think about the story? Have you ever been sent home while you were wearing something completely normal? Share your stories with us in the comments below.