We’ve seen our fair share of pets bringing couples and families together at I Can Have Cheezburger. There are plenty of stories about cats and dogs acting heroically, from a heroic pet dog saving a baby’s life to a cat saving a freezing baby. Unfortunately, there have been numerous reports of lovers or family members fighting over their pets. From a woman who took her ex-dog boyfriend shortly after their breakup to a spouse who pushed his wife to bring a third animal into the house, there are plenty of examples.

Today’s story is about a two-year relationship that was torn apart by someone’s pet-related actions. The protagonist of this narrative, you see, has a brother who is deathly scared of dogs. He told his girlfriend that she couldn’t bring her dog over while his brother stayed with him. Is she abiding by this rule? Nooo, and their two-year romance has reached a breaking point. To hear the astonishing details of this story, scroll down to the bottom:

1. OP asks the Reddit community if he is an a-hole for now allowing her gf and dog to enter his house..

2. OP’s girlfriend who he has been with for two years had a German Shepard dog 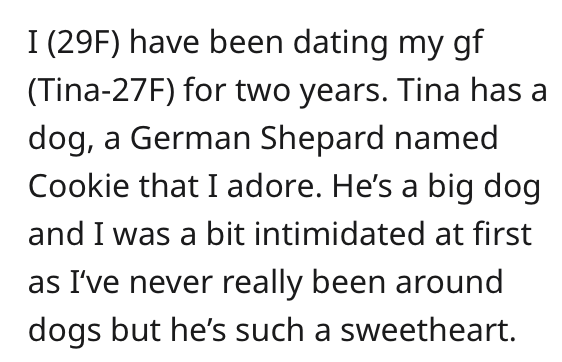 Awww, Cookie is such a sweet dog name! Dogs are such a blessing, and a two-year bond between two people in their late twenties sounds quite serious. We’re not sure how they got into this fight over letting the dog into their house; it seems odd to us. Anyway, no big issue, let’s continue reading…

3. OP’s brother was staying with him for a while due to family emergency, he had dog phobia 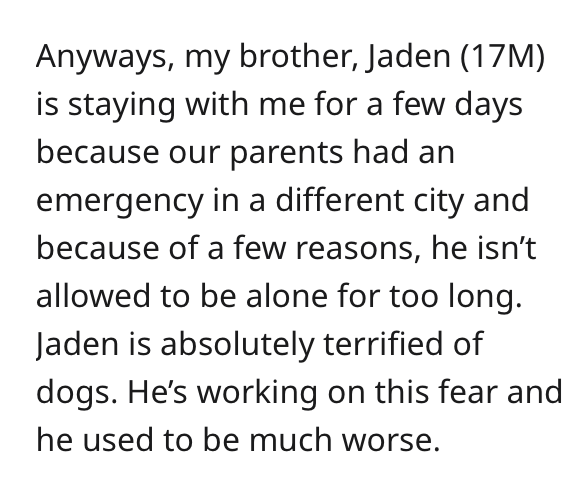 4. OP told his girlfriend that Cookie can’t be around as long as the brother Jaden is here

5. OP thought that Tina had understood but she came up with the dog at his house

6. OP asked him to go but she said that Jaden being in the same room with the dog will cure his fear )as she read it somewhere) and insisted on being inside 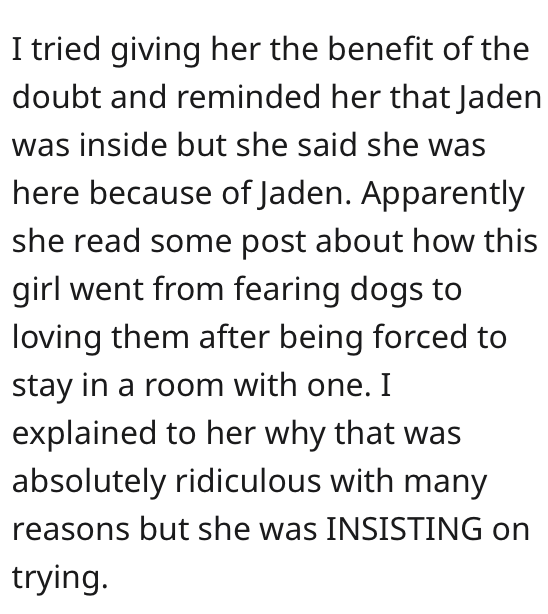 7. His brother went to his room after seeing the dog and had a panic attack 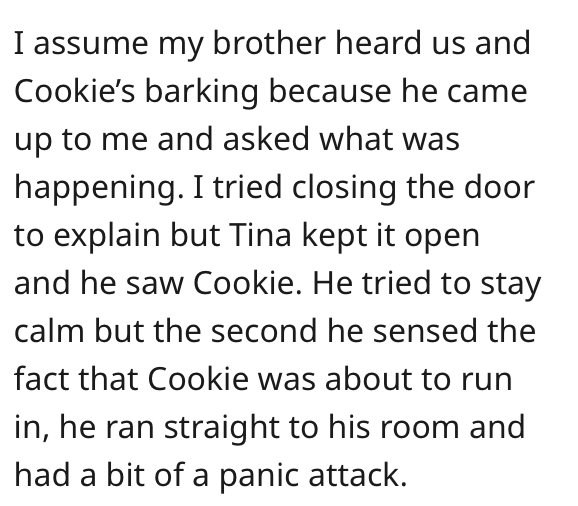 Advertisement
8. OP got furious and slammed the door at her gf, tired calming his bother down but was upset 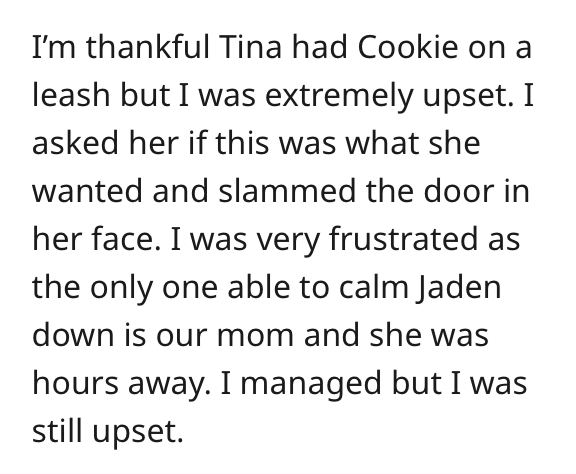 9. Later, the gf complained about him being rude to her and all she was trying to help cure him 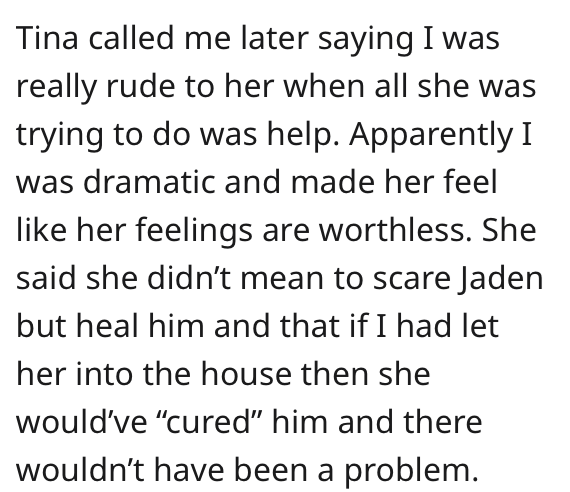 10. Now the girlfriend this he is the a-hole and he asks the Reddit community about it

Advertisement
Via u/throwAwaY112_1
As you have read the story by now, below are the comments of the Reddit community about the case. Let’s see what they got to say.

11. She is not a doctor and she should not make such attempts to cure someone’s phobia 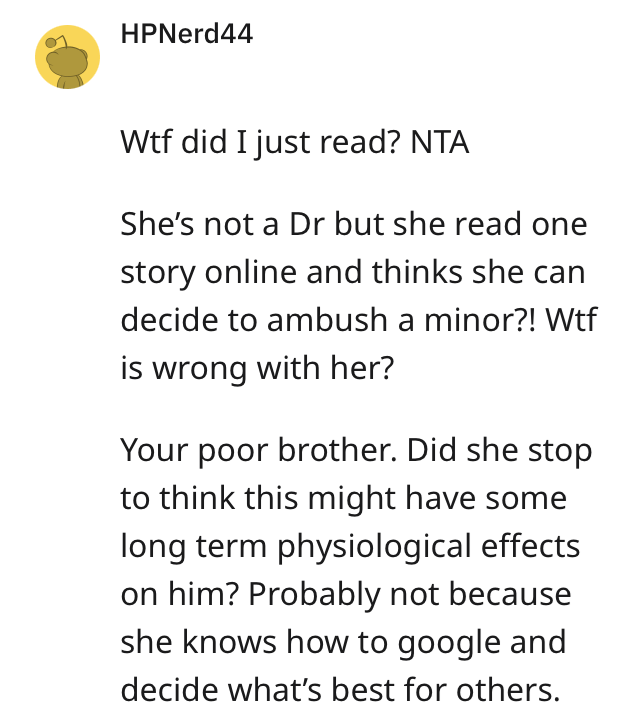 12. searching such things on social media does not help anyone, the gf is in the wrong here 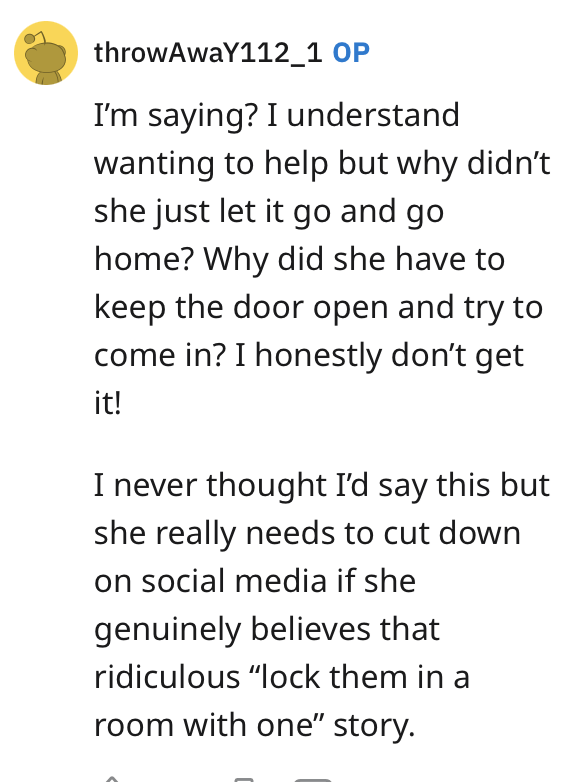 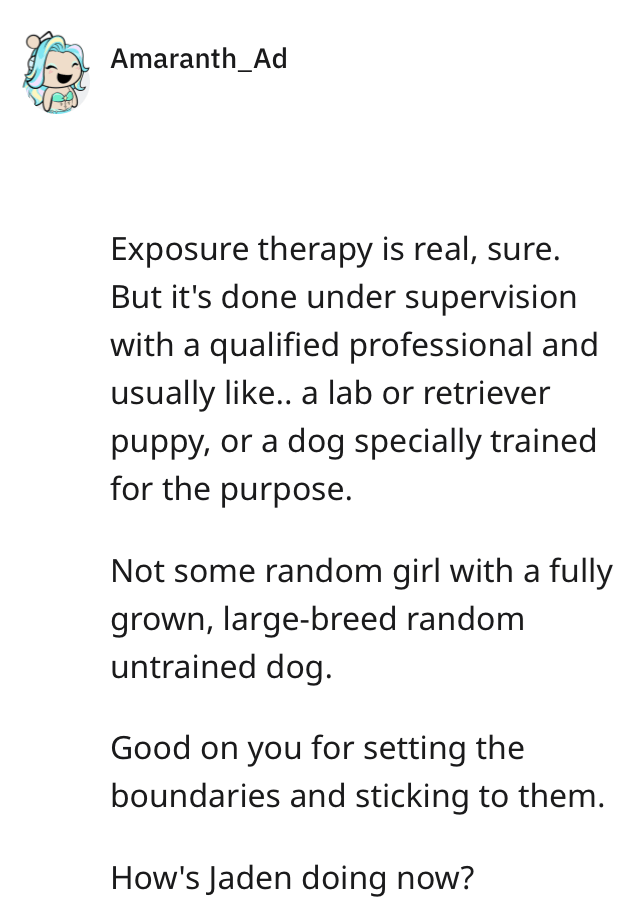 Via u/Amaranth_Ad
Share your thought on whether you think this was YTA or NTA? Stay tuned for more.