Karen’s are everywhere these days.

We thought we heard the last of Karens with anti-vaxx parents. However, they have emerged as people who don’t want to wear masks because it infringes on their right to breathe or something. That is why today we are casting back to a simpler time when all Karens did was ask for managers for the littlest of things. We all know restaurants have to make money somehow. So even if you can make that particular pasta at home for much cheaper, you are usually paying for the experience and convenience of eating out.

So when you can get the same bottle of wine at Target cheaper than what you will pay at the restaurant. You have to keep in mind the fact that the restaurant is a business and they can’t just sell things at the market value. However, this woman couldn’t understand that and thought by speaking to the manager, she could get away with getting the bottle for free. As you can imagine, that didn’t go as well as she had hoped.

This person is the bar manager but still worked as a server from time to time. 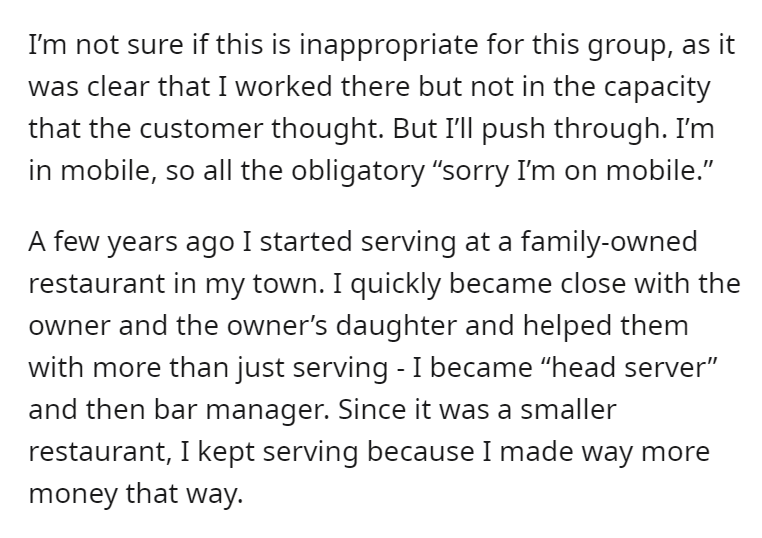 And as this shows, their restaurant offered great deals on alcohol.

So when a difficult customer walked in, he decided to serve them himself. 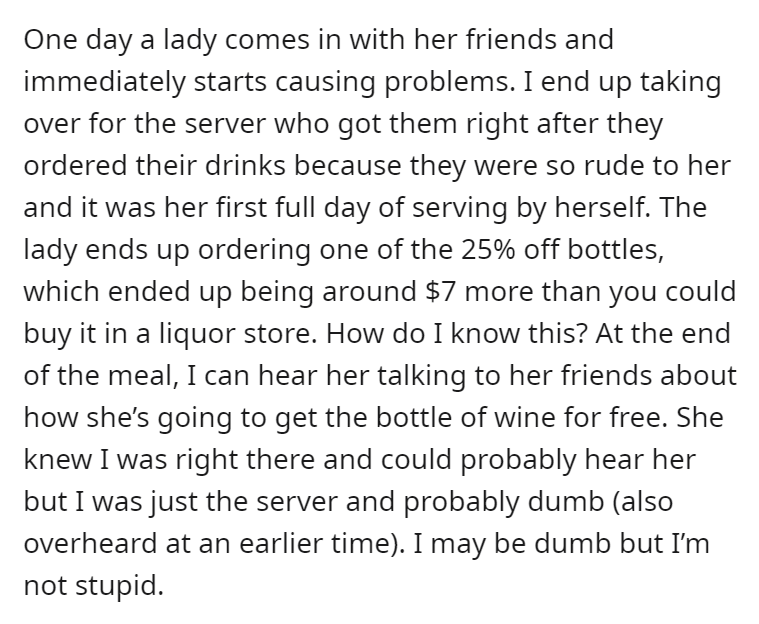 This is when she put her plan in motion and asked for the manager in hopes of getting something free.

And this is when the ball dropped since they are the bar manager.

As you can imagine, she didn’t expect that and was left gobsmacked. 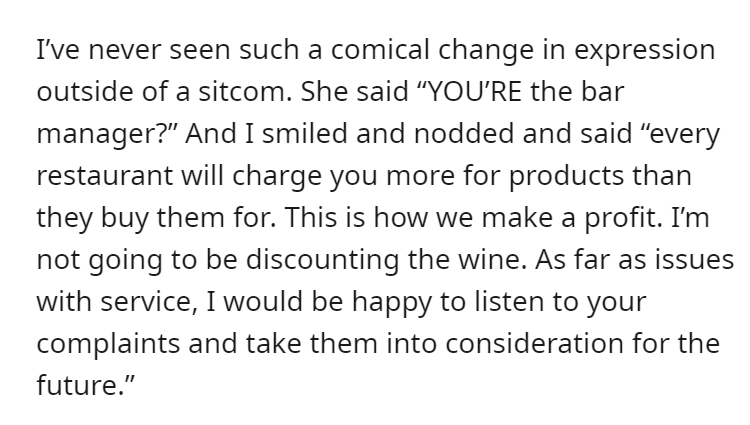 She knew she could do nothing so she stayed quiet after that. 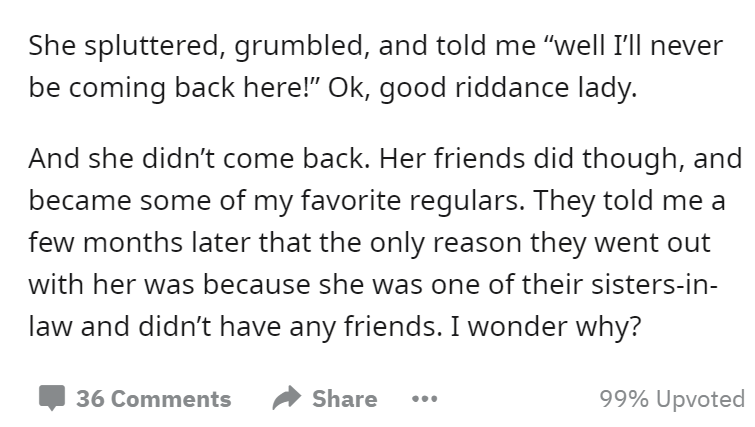 Thankfully her friends actually didn’t like her and became regulars after that. 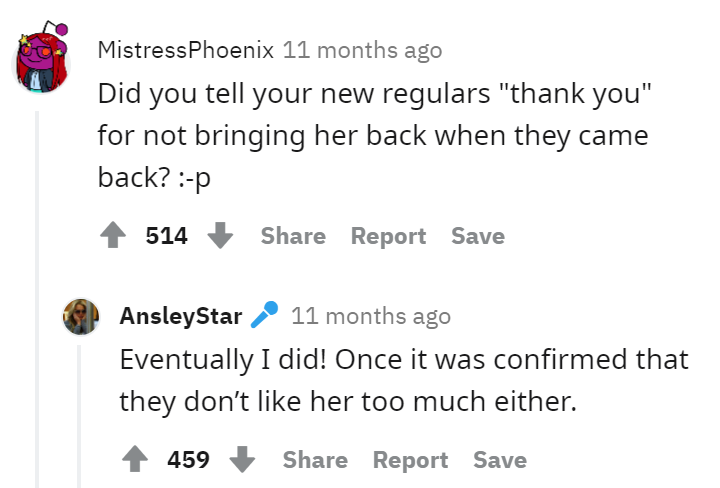 There is a reason Karens get away with so much. 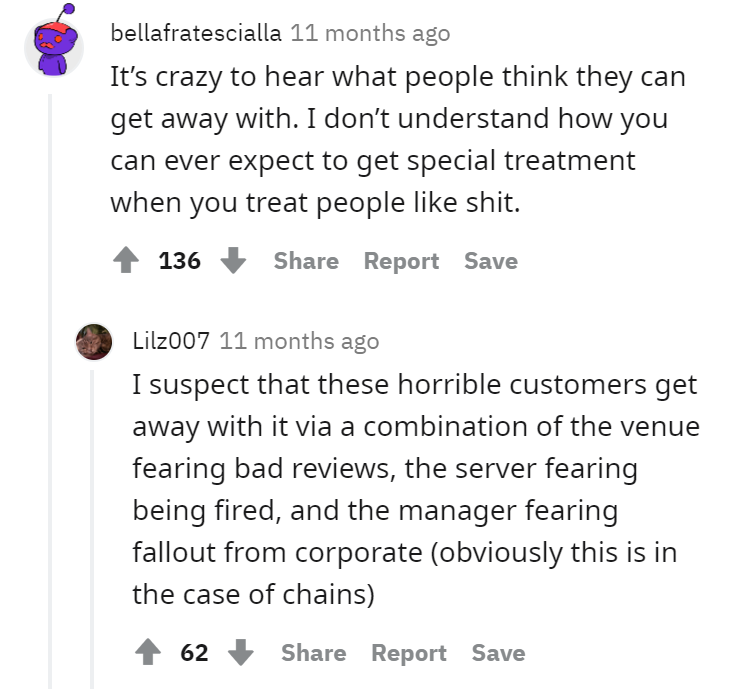 It is because their behavior gets rewarded so much, they think it is alright to treat other humans this way. 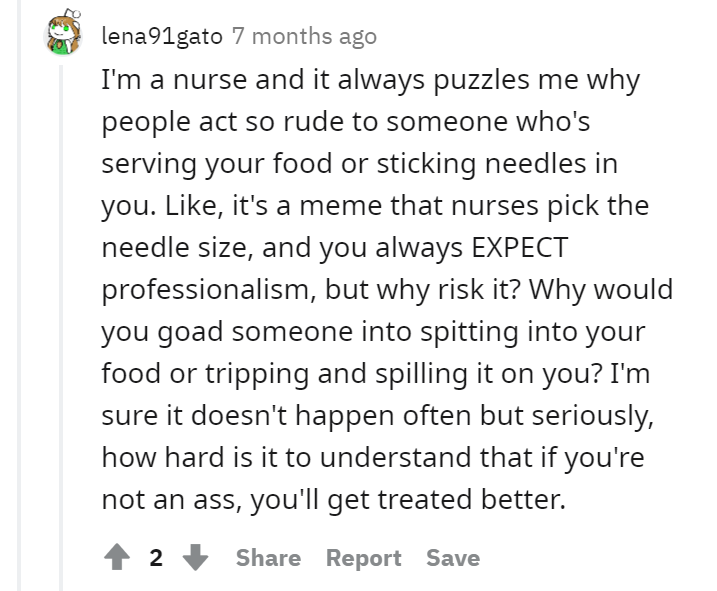 I have no idea how she thought business worked but she clearly needs to go back to school. 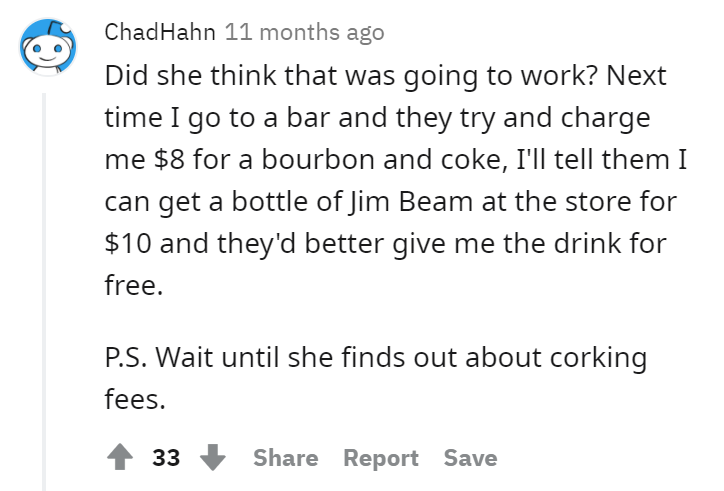 So back in 2002, I started working at a beautiful upscale resort in Banff, Alberta, deep in the Canadian Rockies. I was hired as a fine-dining server and the resort paid for me to take courses on wine, and proper uncorking technique (as well as wine serving technique). I got to drink a LOT of wine during that course and we were all pretty hammered every day.

Anyways, there is an art to uncorking a bottle of wine and ensuring the service appears “upscale.” The more the customer thinks they know their shit about wine the more they’re likely to buy the more expensive bottles. And higher tips. Usually, it’s guys trying to impress a woman with how sophisticated he is (hint: your wine knowledge is rudimentary at best).

Anyways, now that all the wines come with screw caps, I’m unhappy.

She will have a meltdown when she learns about the corking fees as well. 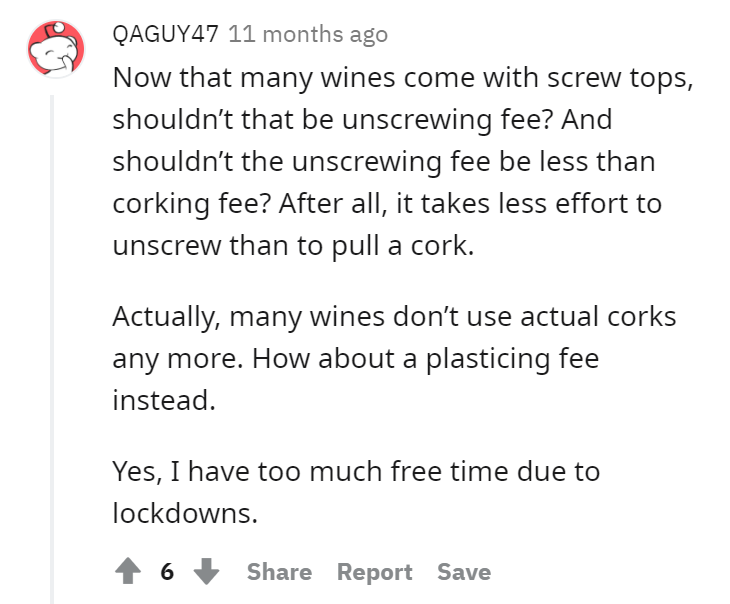 Have you ever experienced a similar instance? If so how do you usually deal with a Karen? Let us know in the comments below.