Nobody likes waiting in lines.

I don’t think a single person would say they actually like waiting in lines. As it is a thing that is universally hated. However, that doesn’t mean you can act entitled and think you are somehow above the other people who are in front of you. One might be having a bad day and thus might be in a horrendous mood but our actions are our own responsibilities so it’s on you when you act like a** towards other people.

And one should be ready for Karma when they do this to other people. Some people will just ignore you if you start acting like a brat while others might be in the mood to teach you a lesson. As evident by this woman who decided to employ some petty revenge on this particular man who according to her was a ‘piss baby’. It might not be a big thing but it is always satisfying to see people get what they deserve. However minor it may be.

She was minding her own business when this man behind her started honking like crazy. 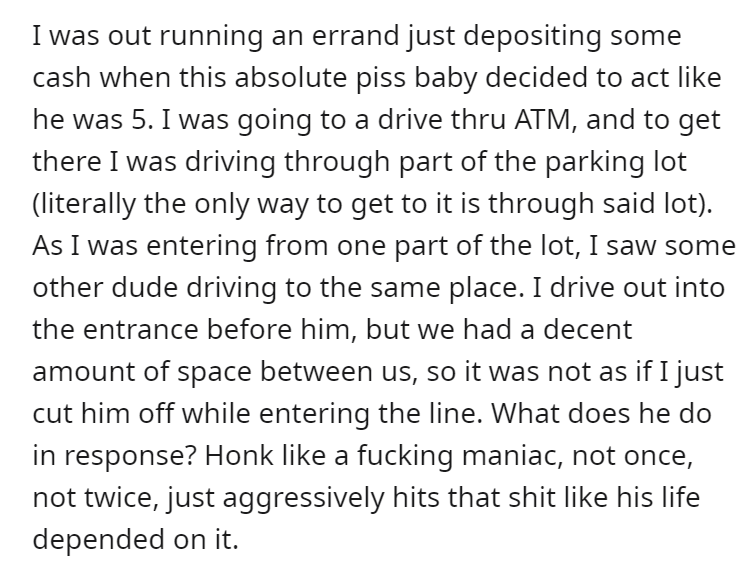 He comes back and looks even more annoyed which gives her an idea to frustrate him even more. 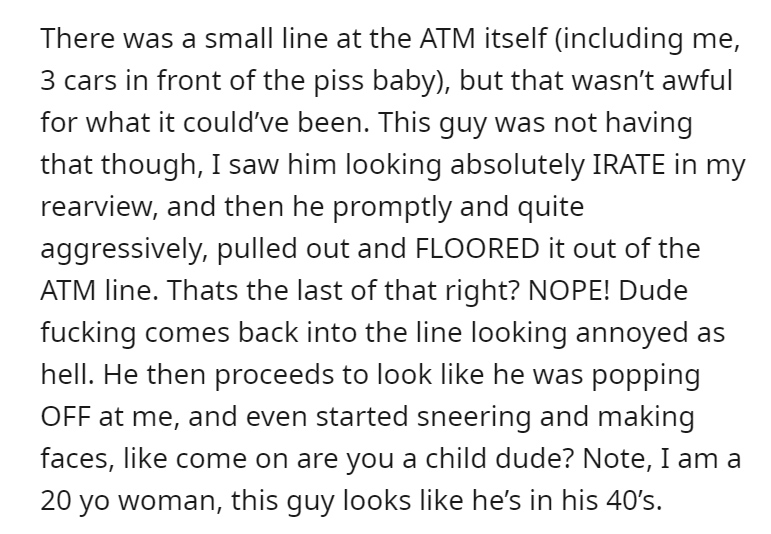 It’s actually quite nice to have drive-through ATMs. Especially when you have little ones with you in the car, you don’t need to take them all out, take them with you then load them back into the vehicle and buckle them up again. You literally just drive up, do your business from the driver’s window and drive away. So nice. Just like paying at the fuel pump instead of doing all of that just to pay for gasoline. And drive through Pharmacies too. Maybe I’m just used to it, but I can’t fathom not having a drive-thru for those 2 things. –CuriousGeorgeIsAnApe

She couldn’t actually do anything but she did take her sweet time depositing all the money she needed to. 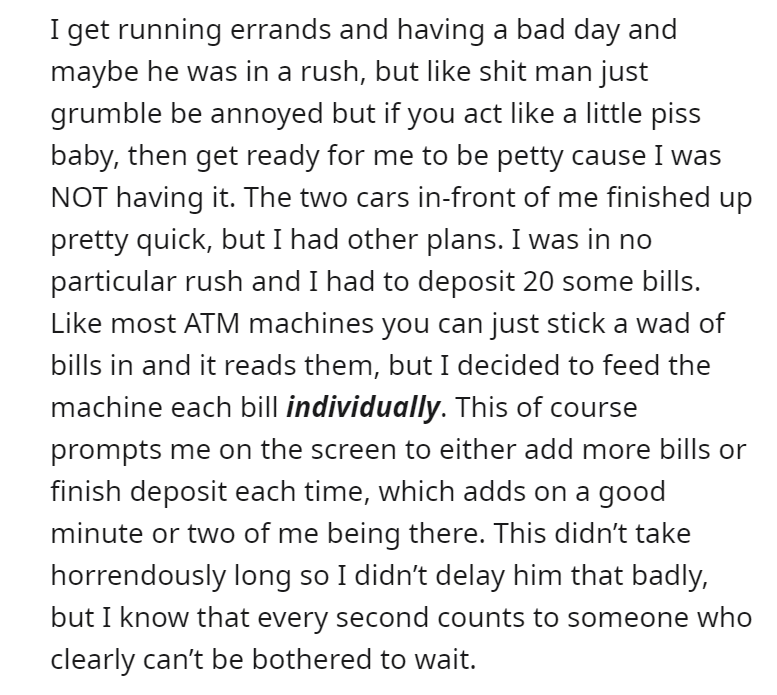 She clearly achieved her goal as it seemed like he was going to burst at the seams at any moment. 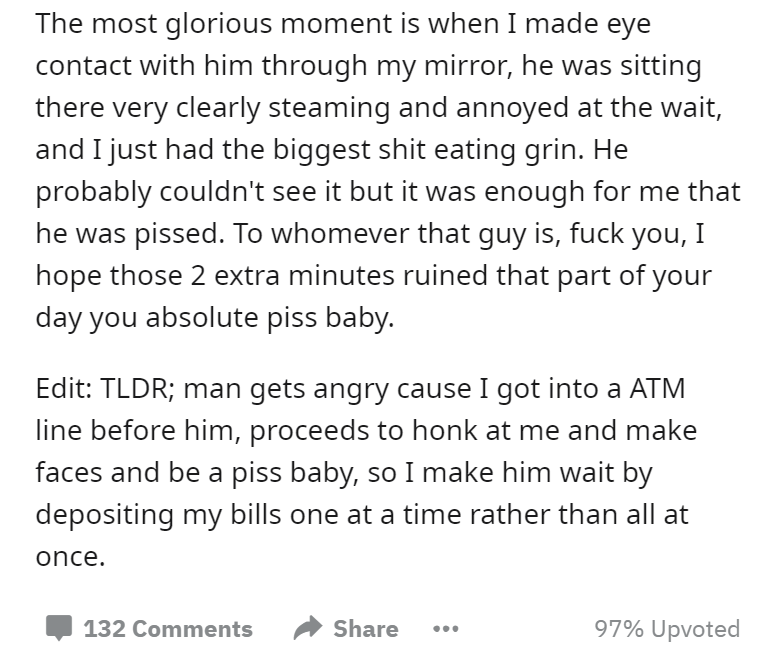 People in the comments were also quick to share their own stories about similar things. 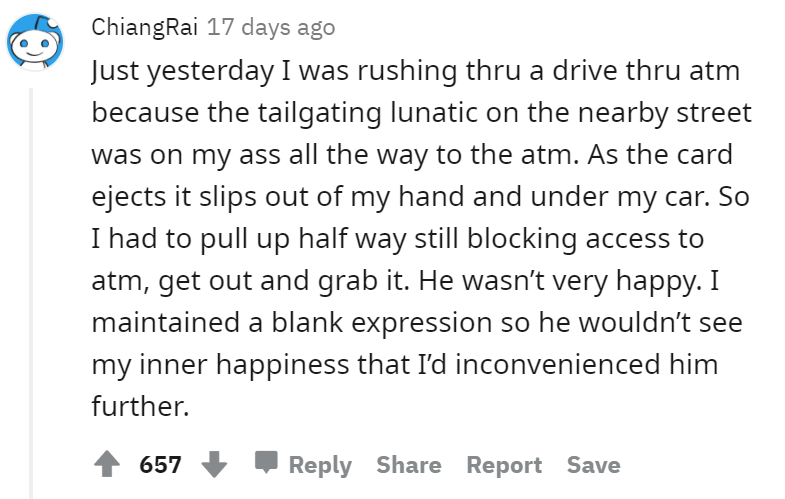 And it seems like this sort of thing happens a lot. 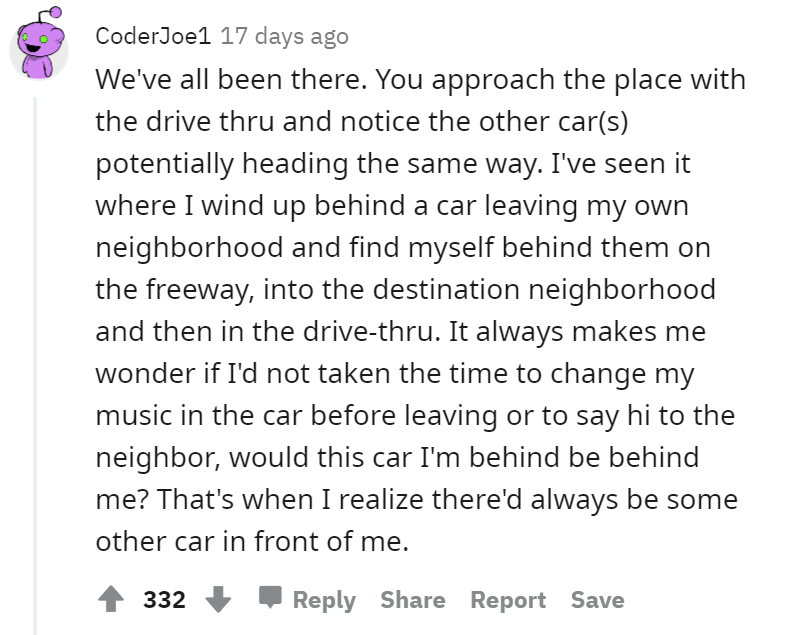 As this comment tells her own story of how she got her petty revenge on the guy. 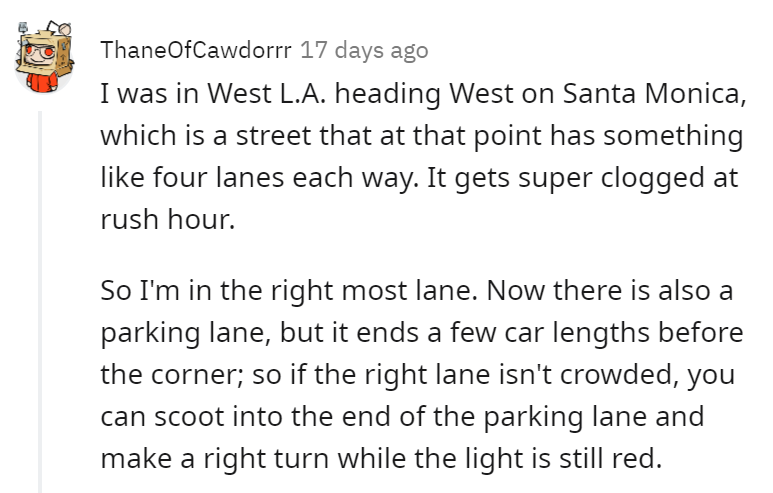 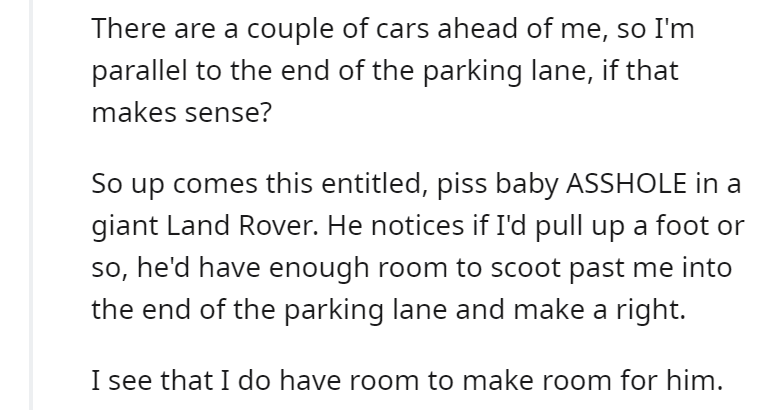 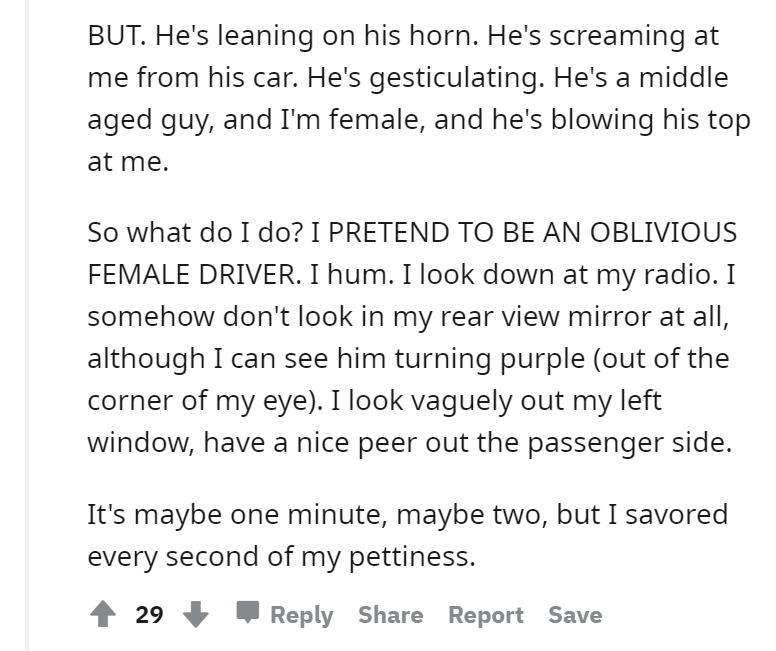 It seems as if people can’t wait and thing acting like a brat will somehow make things go faster. 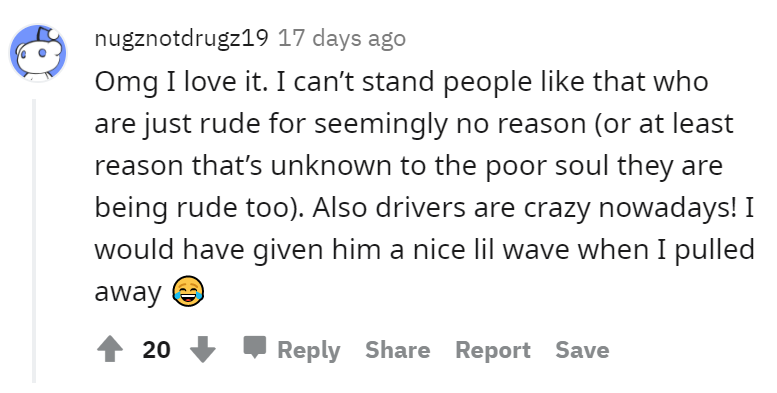 I was going down a long neighborhood winding road. This broad comes up behind me and I couldn’t even see her headlights. It’s residential and there’s a speed limit and I’m going the speed limit. Broad wants me to go faster. I take my foot off the gas all the way to the gas station, probably a half-mile, and no way she could have passed me. –Mysterious_Ad_4033

While sometimes, these interactions can turn hostile, she knew she was safe in her neighborhood. 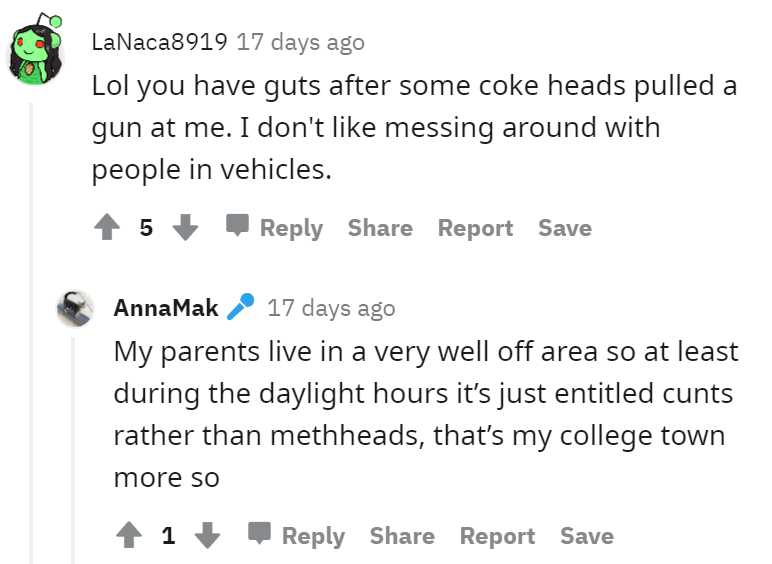 Have you ever had to interact with a piss baby? If so what did you do? Comment down below and let us know your story.