How would you feel if someone threw a small, frightened puppy at you, brutally?

We are pretty sure that your first instinct would be to kill that person or do something bad to him but when it’s an opposite gender that you have to fight, that too, a mentally disturbed one, there isn’t much that you can do. We came across a “Karen Happening” which went viral all over the internet. It’s about a mentally disturbed woman who decided to harass a guy while she was carrying a puppy in her arms. The guy was a rapper named Glo Mula and he made a video of the entire incident and shared onto his social media. And as expected, the people went crazy over it. It is indeed one disturbing video so viewer discretion is advised.

In the video, you will be able to see the young lady carrying a little Belgian Malinois puppy without any care in the world and starts harassing the rapper while stopping him from getting back into his car. She didn’t just try to stop him from getting into his car but directly referred to his race as she paced around with the poor little doggo in her arms. When Glo Mula asked whether the little puppy belongs to her or not, she got furious and threw the puppy at his face in the most brutal way while hurting the little pupper.

We get it that you are getting furious by just reading out the story and you are really anxious and eager to watch the video of the incident. So, without any further delays, let’s see the video first but before you proceed, as sad and disturbing as the video sounds, there’s something which is going to make you feel really, really good about it. So, let’s just watch the video first.

Idk what’s goin on but I got a new dog pic.twitter.com/noLZKNYO6d

Damn! Isn’t that ridiculous? I mean, we get it that the woman had psychological and mental health problems but it’s still heart wrenching to watch that poor little puppy being thrown away so brutally.

Let’s go ahead and take a look at a few stills from the video. 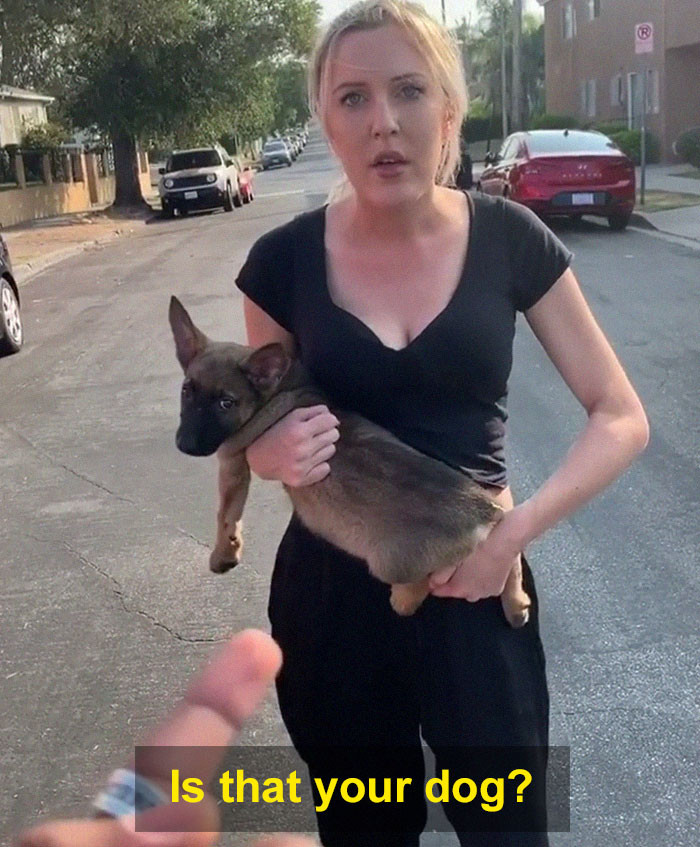 God, the way she is holding the little puppy is ridiculous! How scared is that poor doggo 🙁

And then she had the audacity to throw away the little pupper at him! 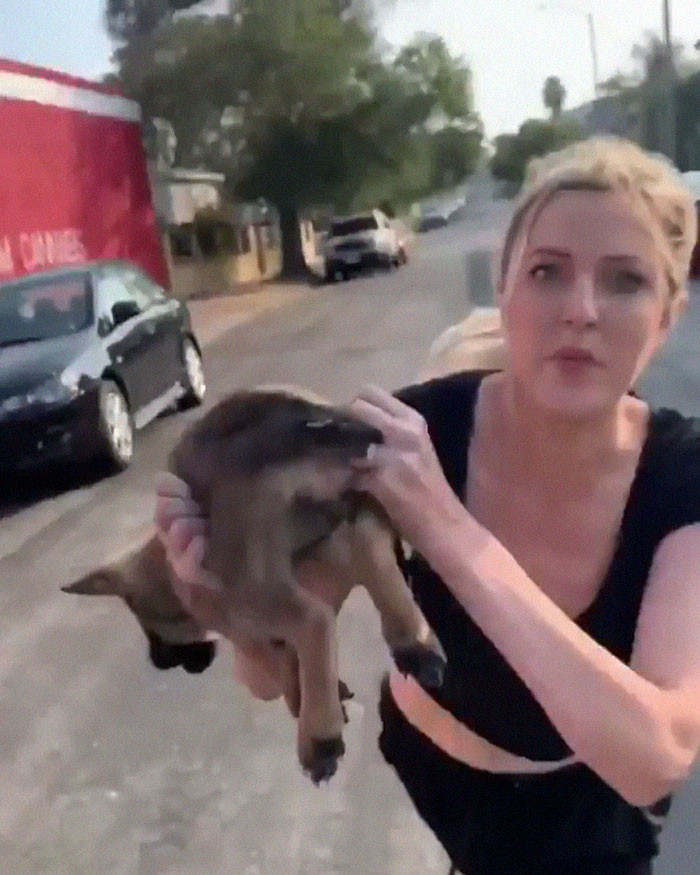 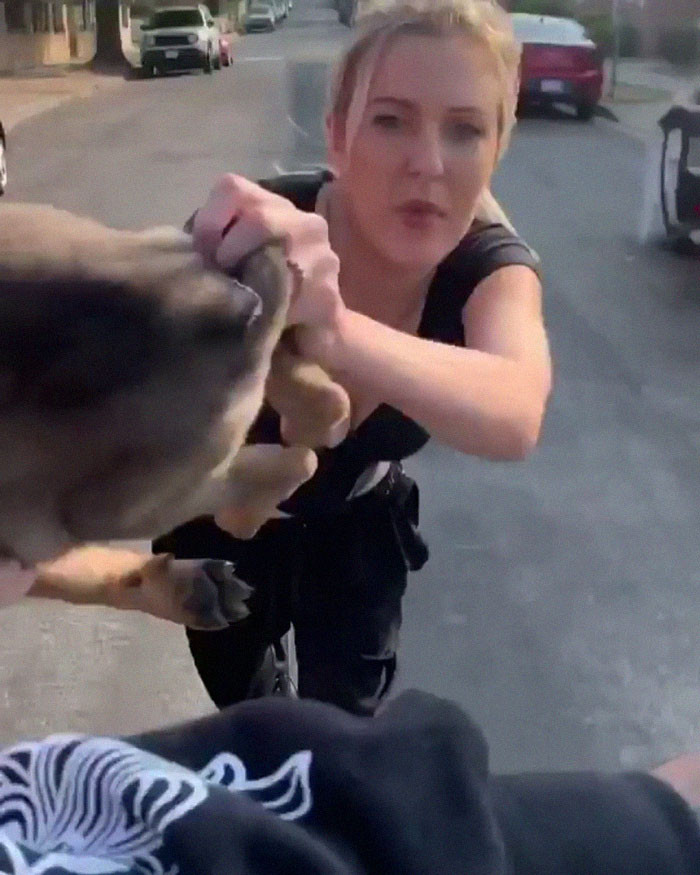 Ugh, who TF does that? I mean, we get it that she has mental issues as one can clearly tell by the way she behaved throughout the video but it’s really hard to control the anger.

However, this was the most satisfying part of the whole video. 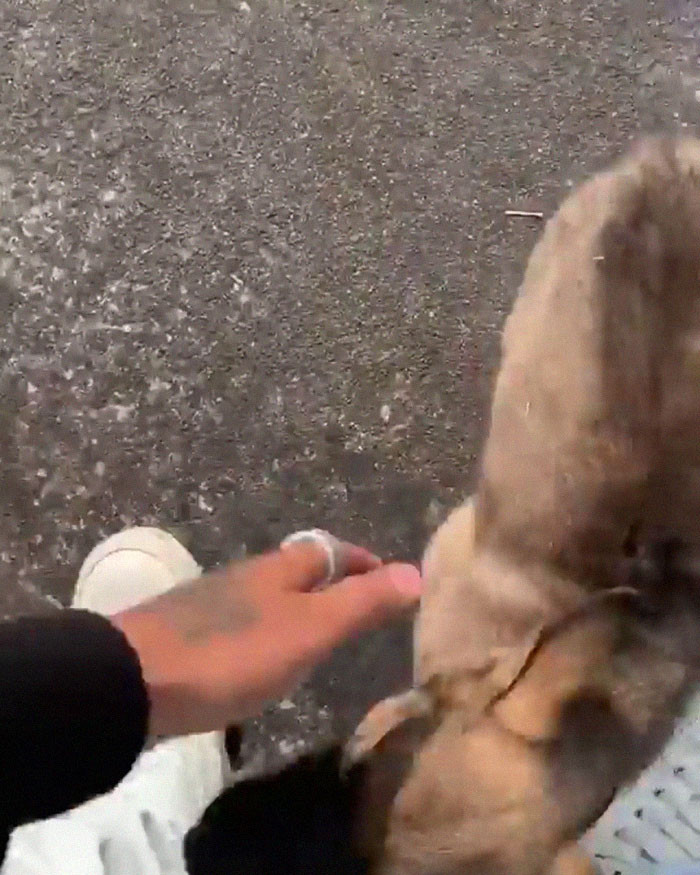 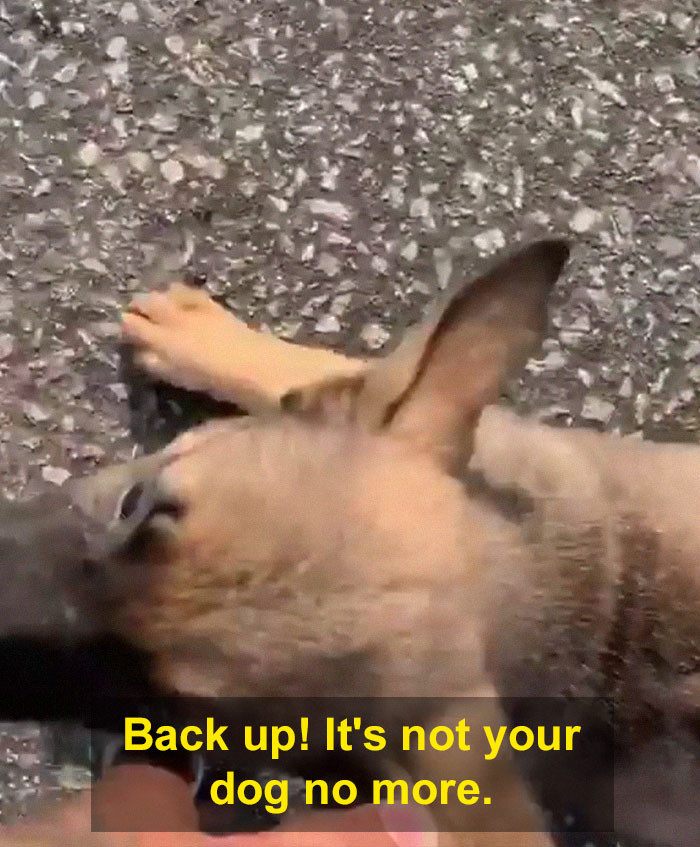 So, the shit got real as soon as she threw the puppy at him. He was trying to handle the situation calmly but this was unacceptable! 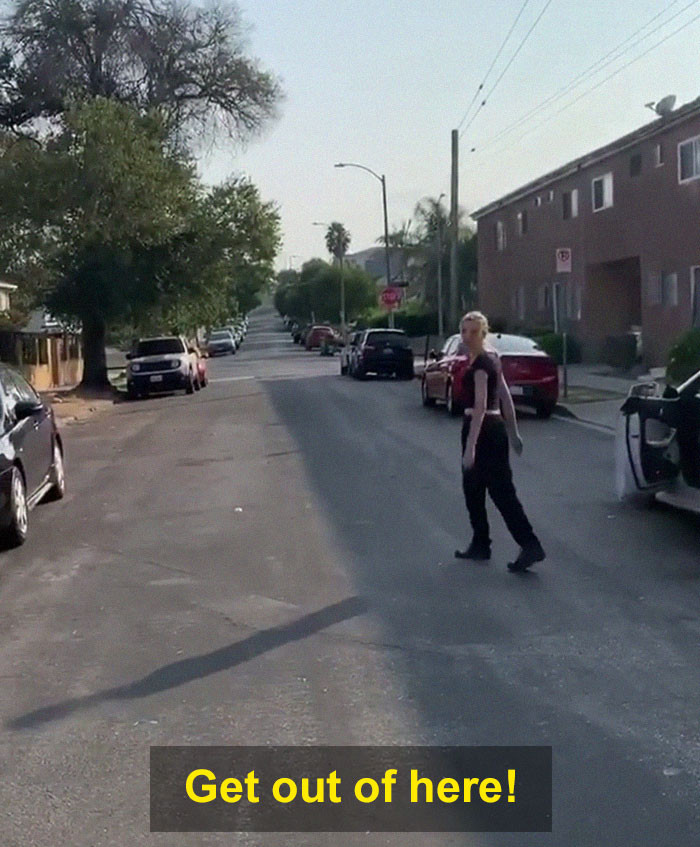 As we were closely following the rappers Instagram, a series of posts depicted that the pupper is in safe hands now. So, nothing to worry about!

Here’s a picture of Glo Mula and that adorable little puppy. 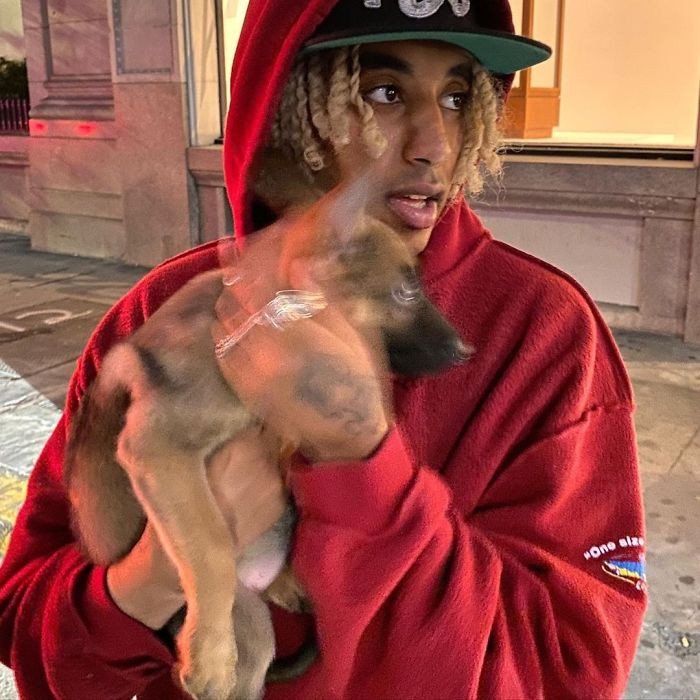 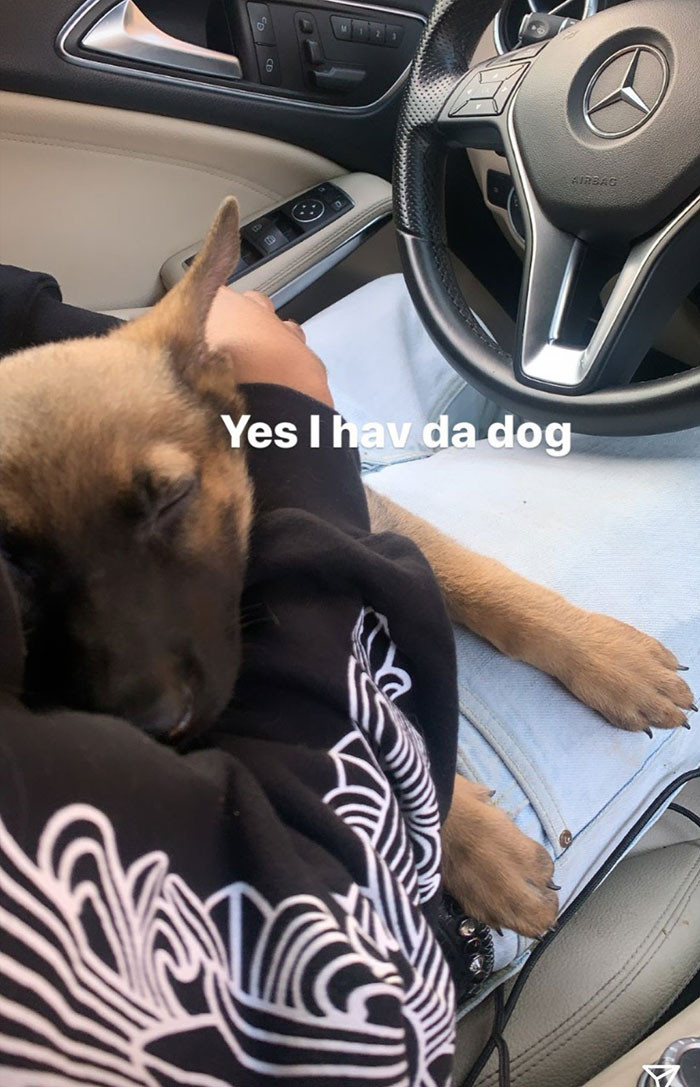 So, Glo Mula decided to give a name to his adorable little pupper and he named him “Movie”. Hmmm, a bit of a weird name for a puppy though but we are happy that he’s happy. 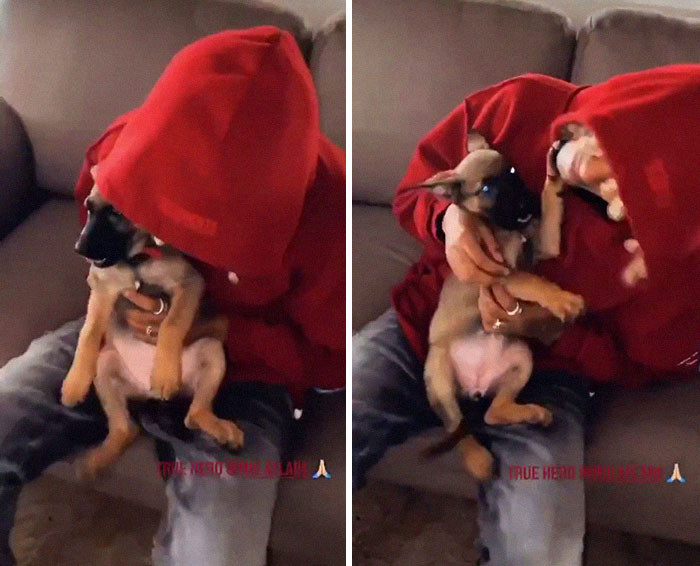 He didn’t just save a poor little life but even set up a GoFundMe to raise $3,000 for Movie’s urgent needs & as expected, people donated generously. He literally reached the target within 8 hours only! It’s really satisfying to see that good and kind people still exist in a world where people can be as brutal as throwing a little puppy during a fight. 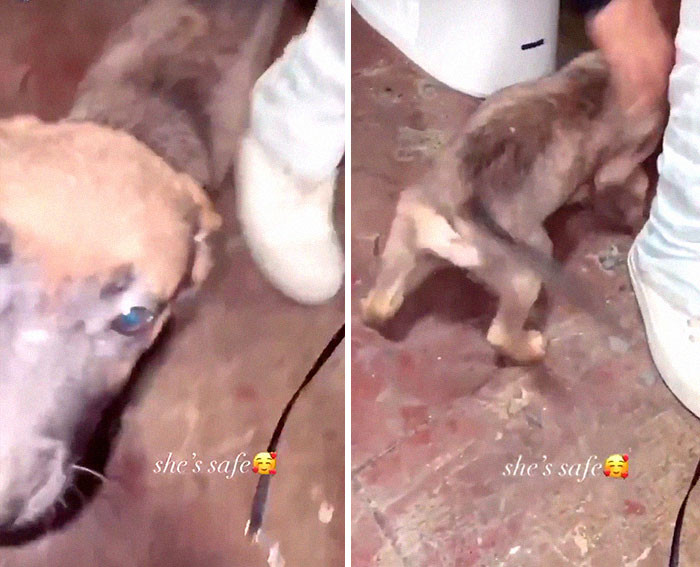 Is he going to be driving today? 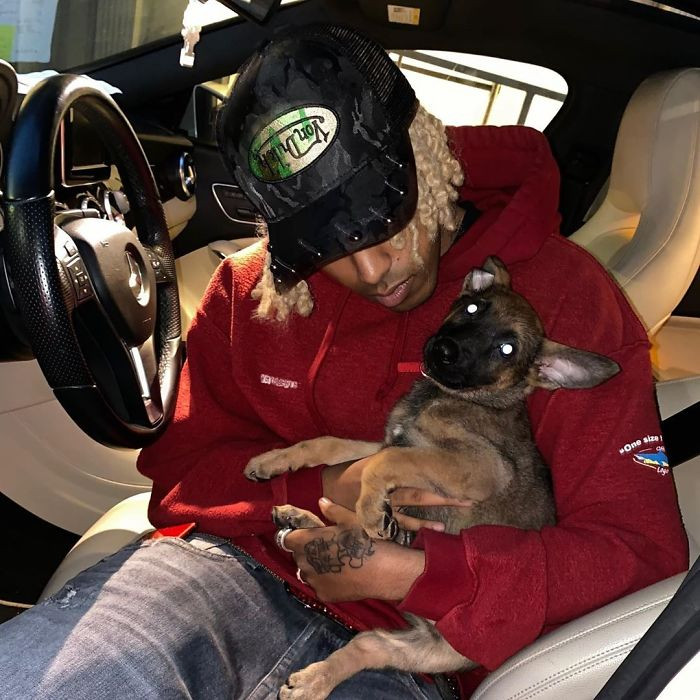 Yep, Movie’s all ready to go for a Movie. Wait, what? 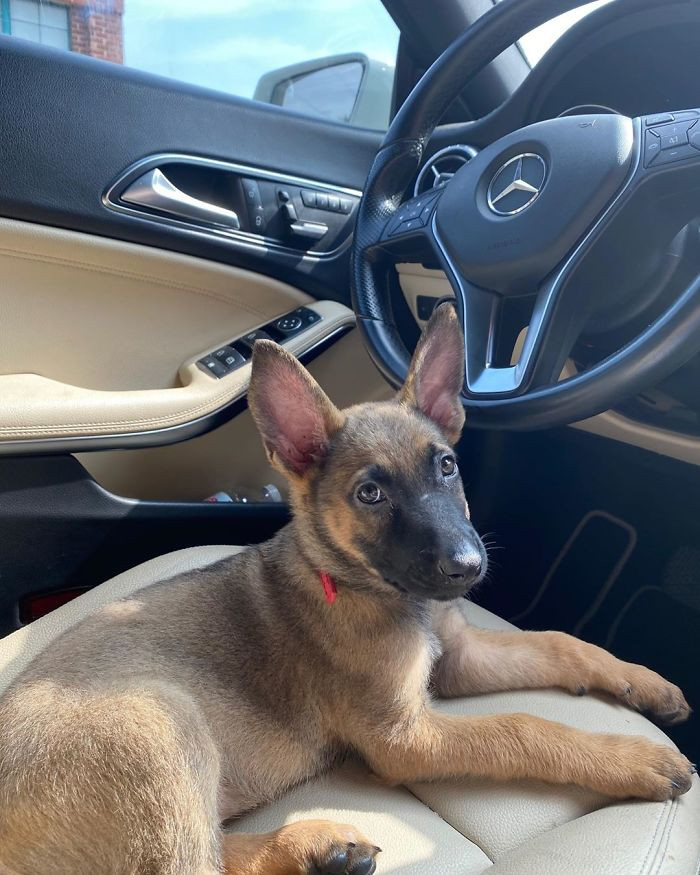 Look at those mesmerizing eyes! 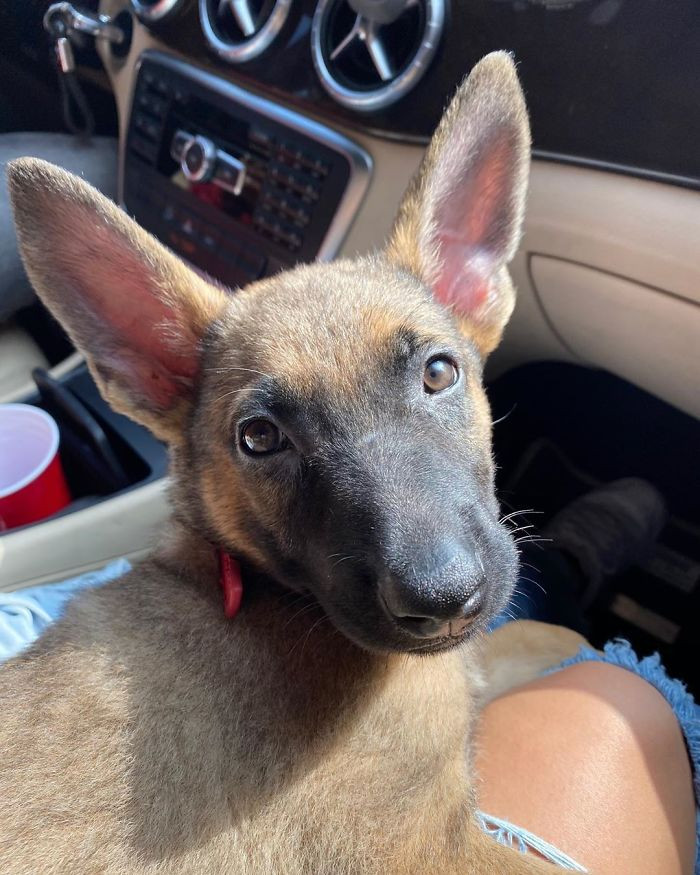 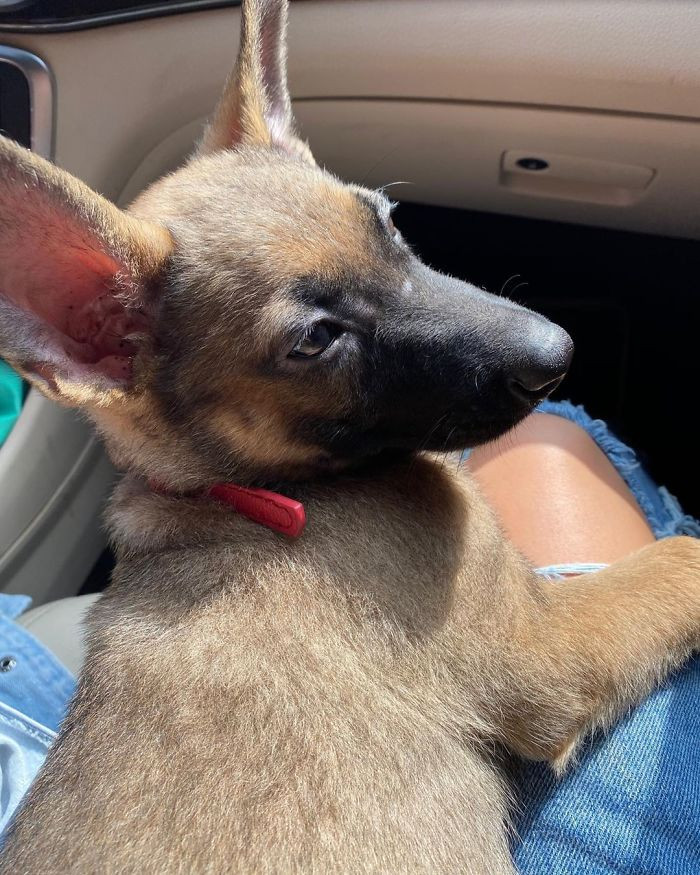 Want to know something amazing? The rapper, Glo Mula, decided to create an Instagram account as well for his furry little friend and let us tell you, that is indeed a treat to watch. Movie has already garnered about 220,000 followers on his Instagram! Yeah, let that sink in as we can’t even get 1000 followers. But hey, we are happy for the pupper! 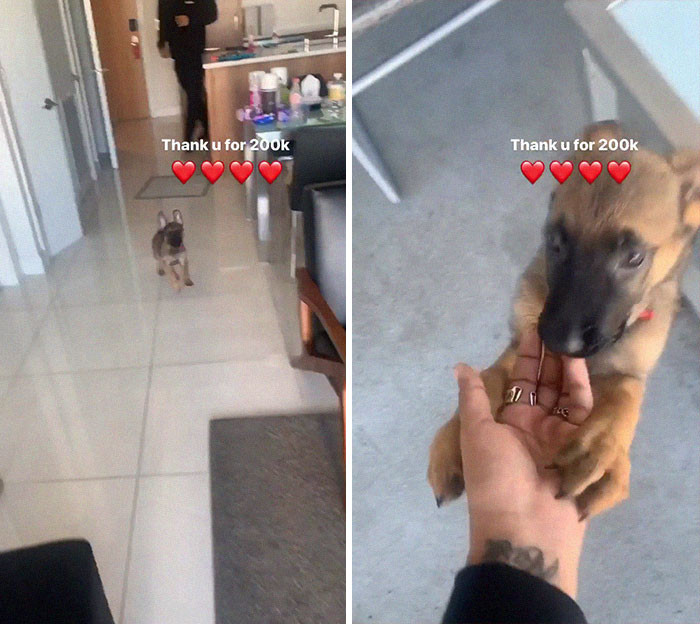 As Rachel Spencer, who happens to be the author of The Paw Post pet blog, says “Time is the most important thing. To be a parent, you need to be there for your dog, especially puppies where it is round the clock, but even with an older dog, it’s recommended you take at least two weeks off work to settle them in.”

We get it that it could be a problem to take off from the work but you are gonna have to find an alternative to keep your pupper stress free. It could be anyone, a relative, a friend, or even a dog walker. But if you are thinking to opt for the daycare, here’s what Rachel has to say “A young dog may feel overwhelmed or an older dog who may need more quiet time could feel very stressed in a busy daycare.”

“Which movie are we going to be watching today?” asked, Movie. 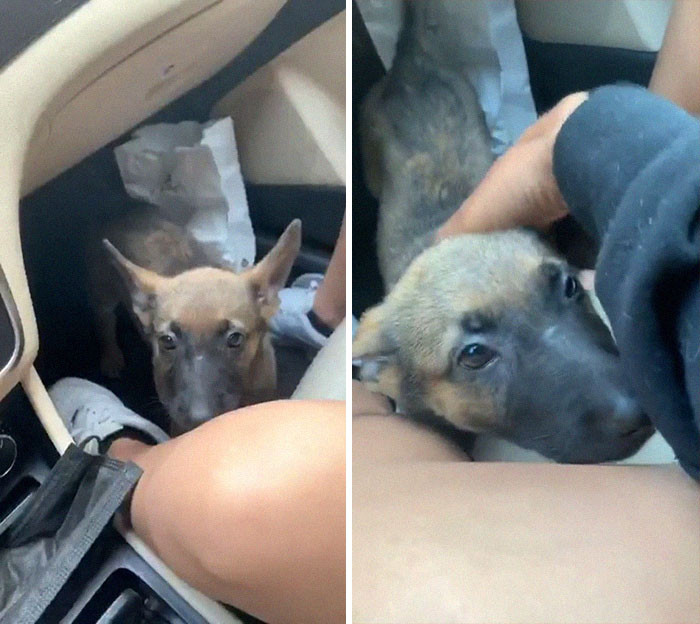 But how about a bath first? 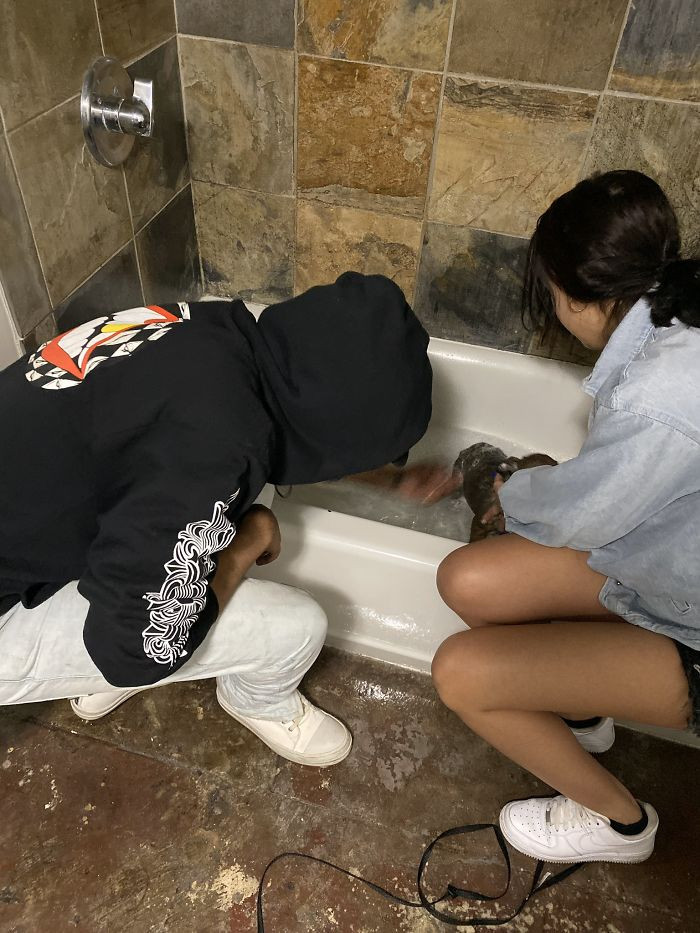 Moreover, Rachel had some really important questions for the people who are opting to keep a pet. “What if your pet falls ill? Can you pay for treatment? Can you pay monthly insurance costs? Do you like going on lots of holidays abroad? You’ll need to factor in paying for your pet to be cared for into the cost of your holiday,” Rachel explained. “Do you own or rent your property? If you rent, will your landlord allow pets? It would be devastating to welcome a dog into your home then have to give it up. Even if you own your flat, there could be a clause in the lease saying no pets.”

No, that’s just not it, there’s more to it. “Finally, do you mind being covered in dog hair, slobber, your best shoes and handbags being chewed, and waking up to ‘accidents’ in the small hours?” Rachel asked all future pet owners. So, if you really have answers to these questions, then you shall go ahead and adopt a pet but make sure that you do fill in the requirements as it’s a huge responsibility. Don’t take it as a hobby, a whole life is going to depend on you.

Now, why don’t we go ahead and take a look at how the people responded after seeing this heart-wrenching incident on Twitter.

I had the exact same feelings, bro!

Indeed it was dangerous to confront such a person. Imagine if she had a knife or any weapon. We are glad that it ended.

It wasn’t just brutal but creepy as well.

If she isn’t mentally stable, she won’t be charged for anything but she does need proper help!

And we have finally reached the end of the story. We would like to know about your thoughts and opinions regarding this incident? What would you have done if you were that guy? Would you have confronted her or walked away? Let us know into the comments section below.