Most siblings have a rivalry.

Either they will always fight because of the littlest things or blame their sibling even when they are the ones who made the mess. However, even throughout that, as they grow up they learn to let these little things go and you know that your sibling will have your back even though they used to pick on you when you were a child. Everyone has a complicated relationship with their family but you just want to know that they still care for you at the end of the day.

However, sometimes that is not the case and your brother or sister will try to one-up you in every way even after both of you’re all grown up. It might be because of some unmentioned rivalry that just seems childish or it might be because of a divorce or other issues. That is what is happening in this story. And everyone in this particular instance is being incredibly petty. Now I am not against being petty but I would say that the sister who wanted to come in a bridal dress was doing it for no reason other than trying to make someone jealous.

Well, you can read the whole story for yourself by scrolling below.

Right from the start, we can tell that these two sisters don’t have the best relationship and that the other one is always trying to one-up her sister. 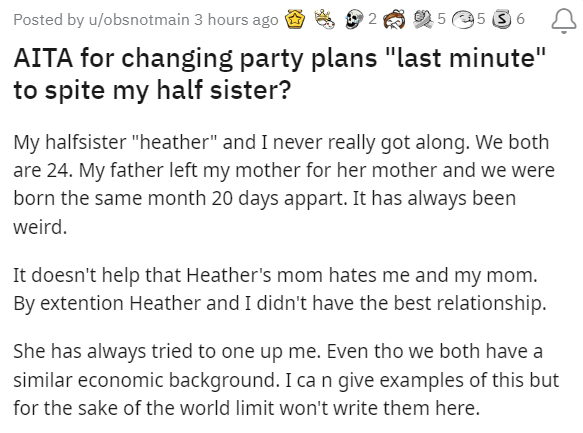 She clearly wanted to do the same this time and stand out at her sister’s party. 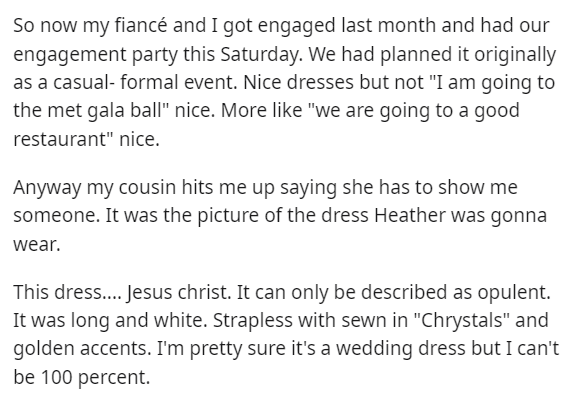 But her sister wasn’t going to allow her to have her cake this time so she change the plans last minute and made it into a Halloween party. 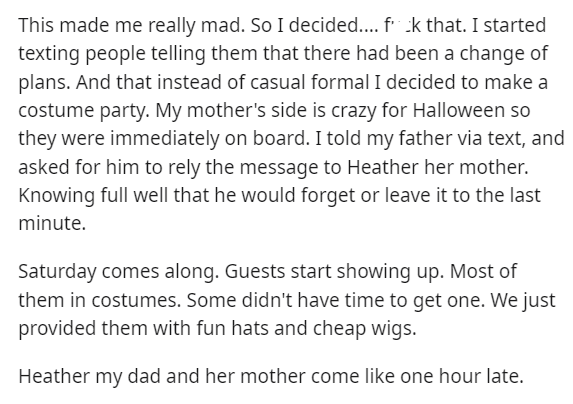 The parents even had the audacity to call her out for being petty even though it was the sister who had started all of this mess in the first place. 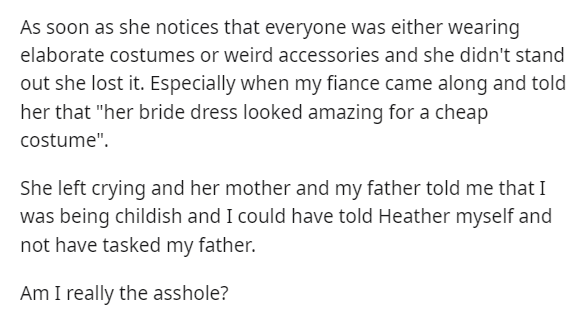 I am surprised that the girl still came in the wedding dress. I mean did her father really forget about the Halloween part? And did he not come dressed in a costume? It isn’t as if she hadn’t told anyone as she had told her father so it is on the guy for not telling his daughter. And who comes to a party in such an expensive-looking dress anyway? Rather than standing out for any good reason, you just look like a try-hard. I am glad that the sister was able to salvage her party and thwart her sister’s plans along the way.

People in the comments were 100% on her side.

And they also admired her fiance for making the whole scenario even better.

Others even remarked about how she will probably try to do something at the wedding as well. 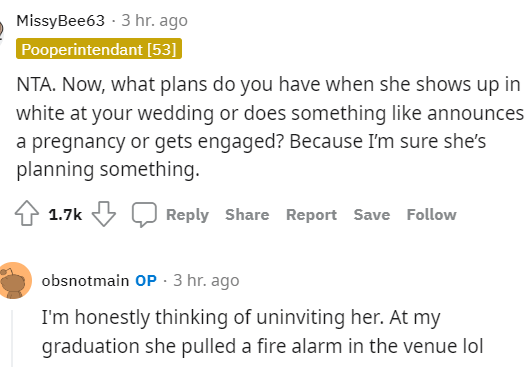 I do feel like she will show up as a bride at the wedding as well.

Eloping might be the best idea seeing how weird their family dynamics are. 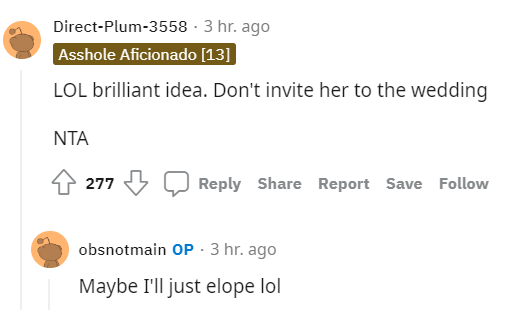 Acting in such a childish manner should not be anyone’s personality and he is just making excuses for her. 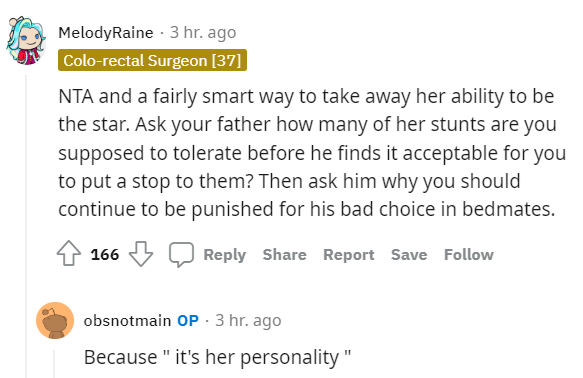 Sometimes, being petty is the only way.

What are your thoughts on this scenario? Do you think the sister should have just moved on rather than changing the plans last minute? Do you think the girl in the bridal dress is just being petty for no reason? Have you ever had to deal with a similar situation? If so, what did you do? Let us know in the comments below. And don’t forget to share this story with your friends so they can join in the discussion as well.