“The Customer Is Always Right.”

We’ve been hearing this phrase for as long as we can remember. But, how many of us have given a thought to the context behind it and whether or not this is actually true? I mean, yeah the customers must be prioritized and their concerns should be fully addressed but does that mean anything and everything that they say automatically stands valid? Does that mean we’re bound to go out of our way to assist them? No. That’s a big no.

We have seen the sign “The Costumer Is Always Right” far too many times in much of the service industry. But that doesn’t mean the service providers are — in any way — liable to entertain absurd requests by customers. Everything aside, this is common sense and shouldn’t have to be explained in such a detailed manner, but sadly, people don’t understand this and act like they are right even when they are clearly wrong.

The people in the following twitter thread have shared some of their encounters with such customers and it’s both infuriating and hilarious at the same time. Check them out.

Starting off with the tweet that united everyone in an instant. 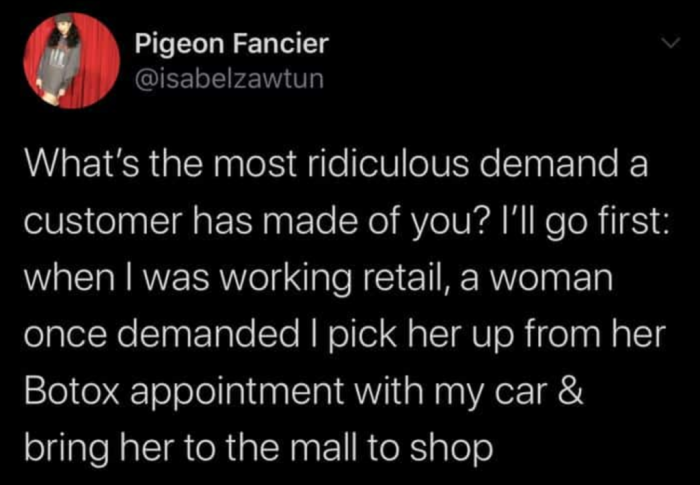 They should make a sequel of “Dumb and dumber” and cast this guy for being the dumbest of the two. 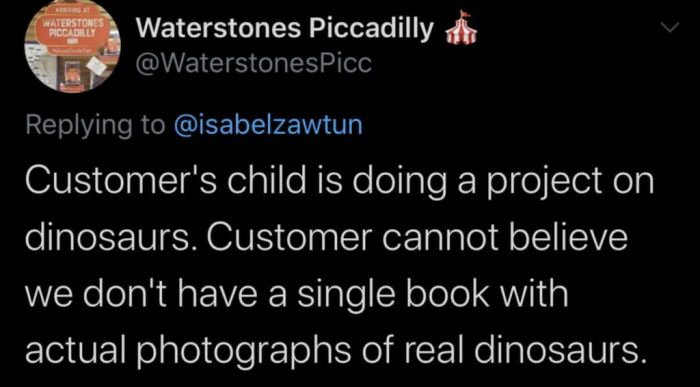 Not gonna lie, that just sounds like a freeloader. 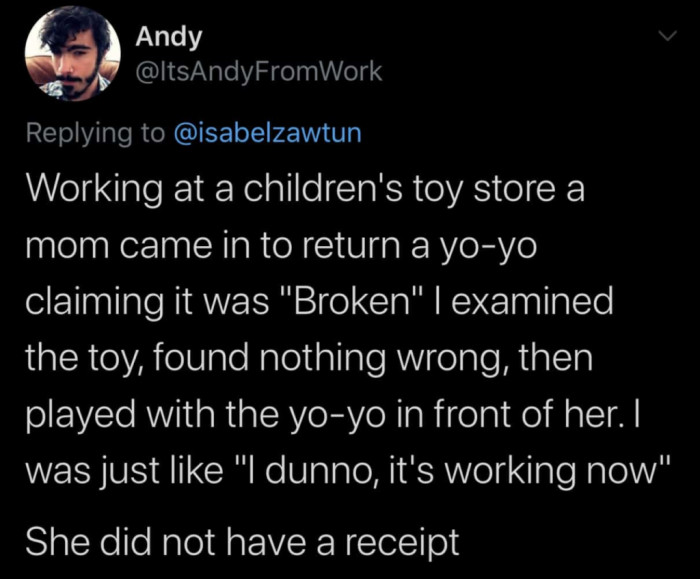 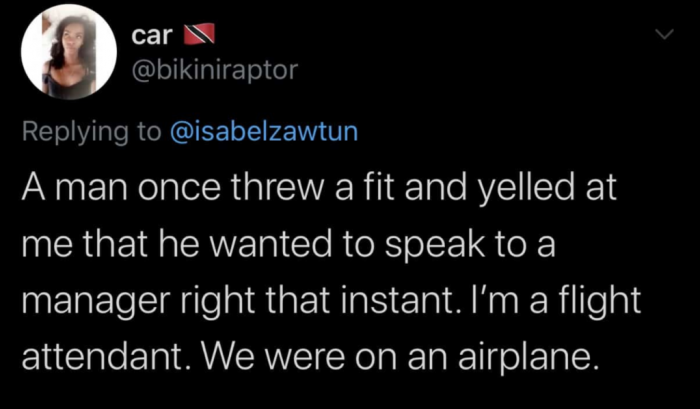 $1200 worth of TINY glass decor, wrapped twice. You do the math… 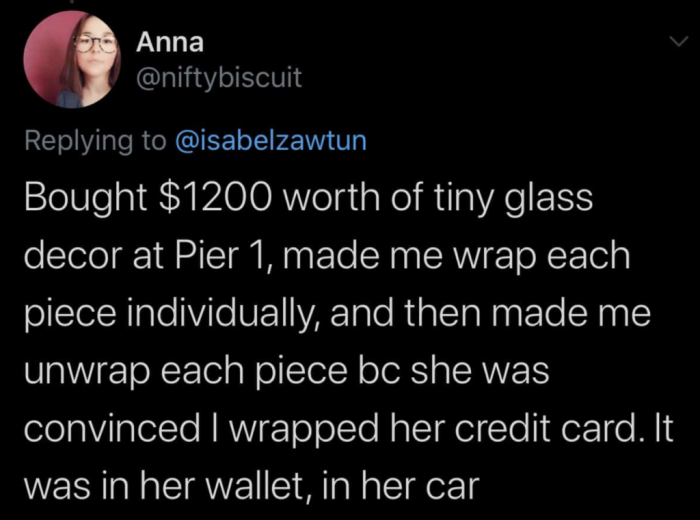 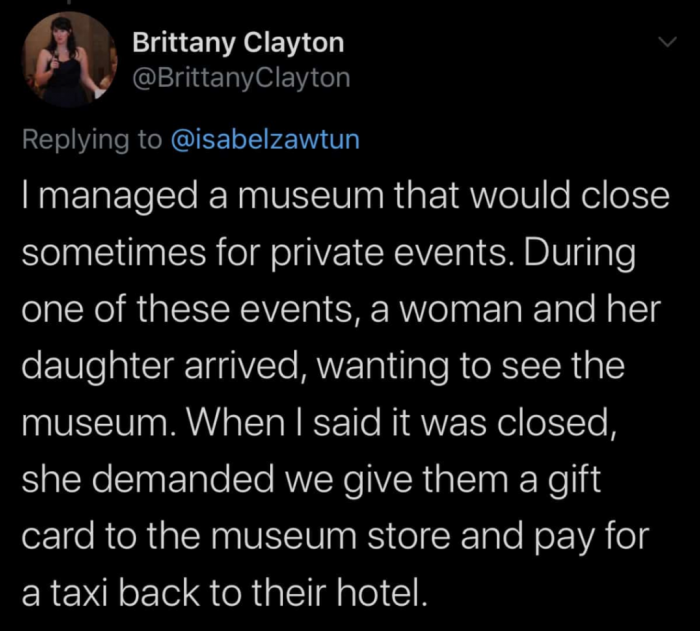 Like, okay. We understand you had more expectations from the company that we represent, but asking us to compensate you beyond reason? That’s NOT in our control. We don’t make the rules, we merely implement them. If you think you wasted your time and energy by coming to this place then that’s not OUR fault. Talk to the owner or whatever. Even the manager is an employee taking orders from its senior. Why is it so damn hard to understand?! God.

This one is honest. Parents are generally not familiar with the gaming world. 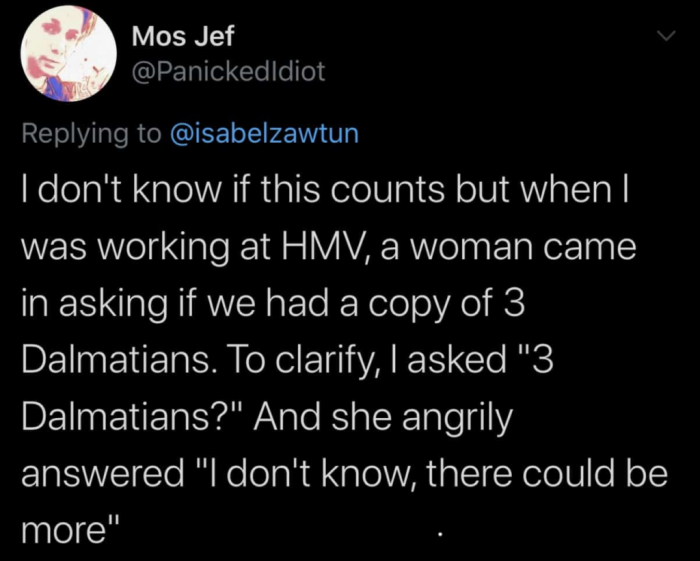 It doesn’t seem like a big deal, but it shouldn’t be this way. 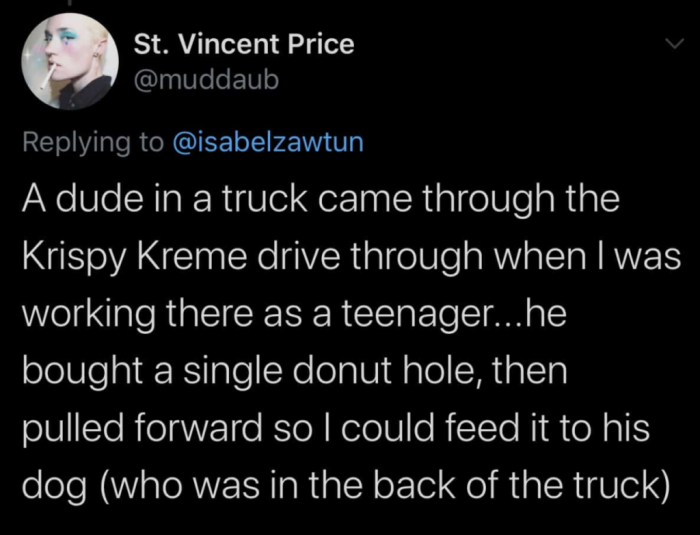 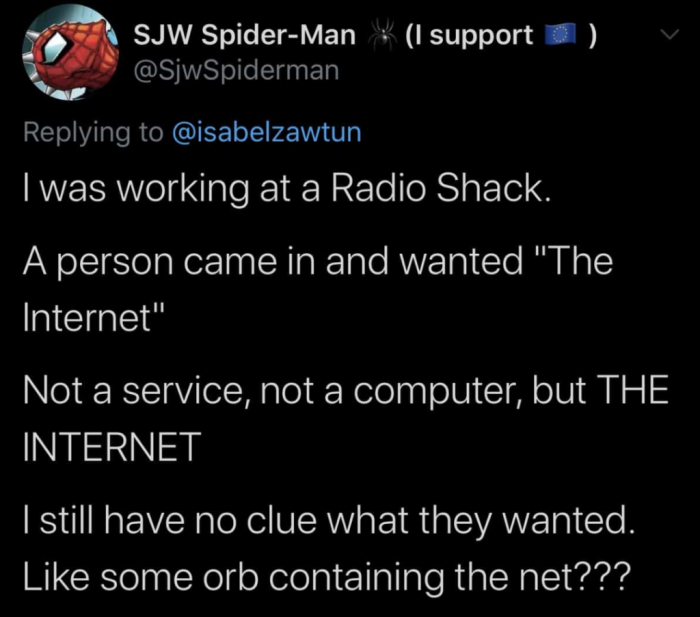 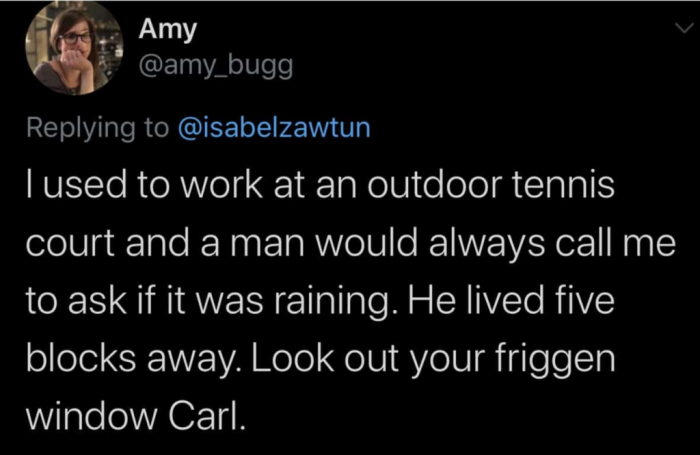 Okay, this is cute. 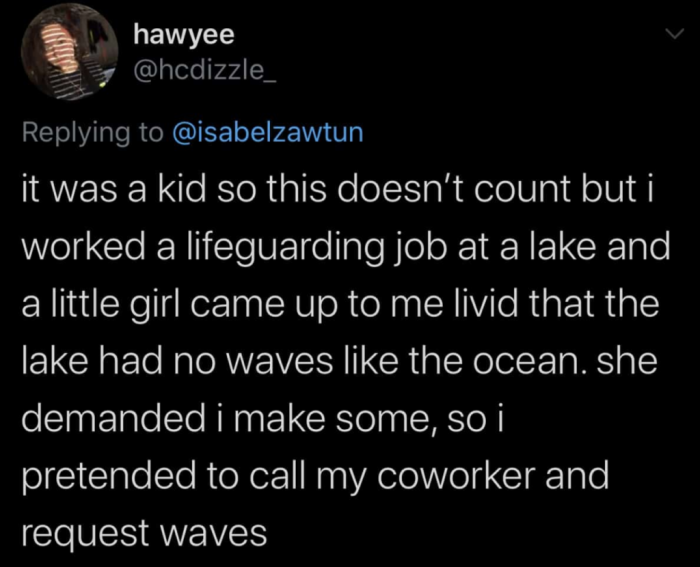 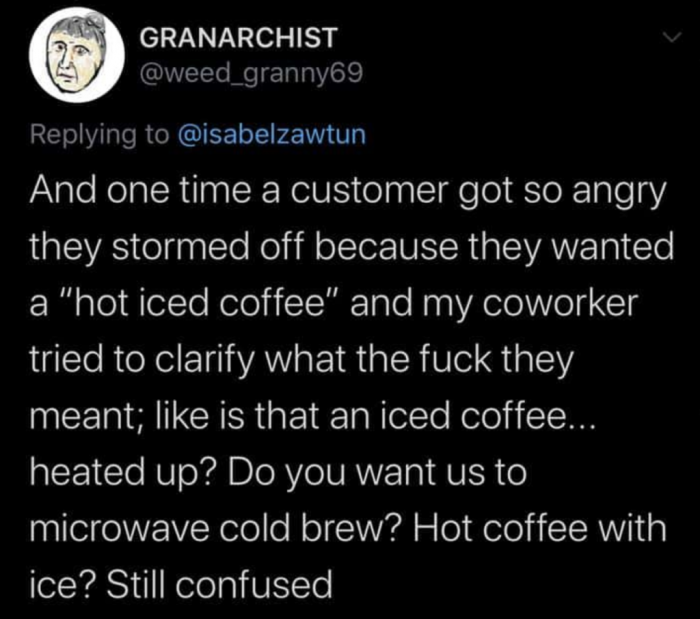 That’s okay, but why pull her to the back room tho? 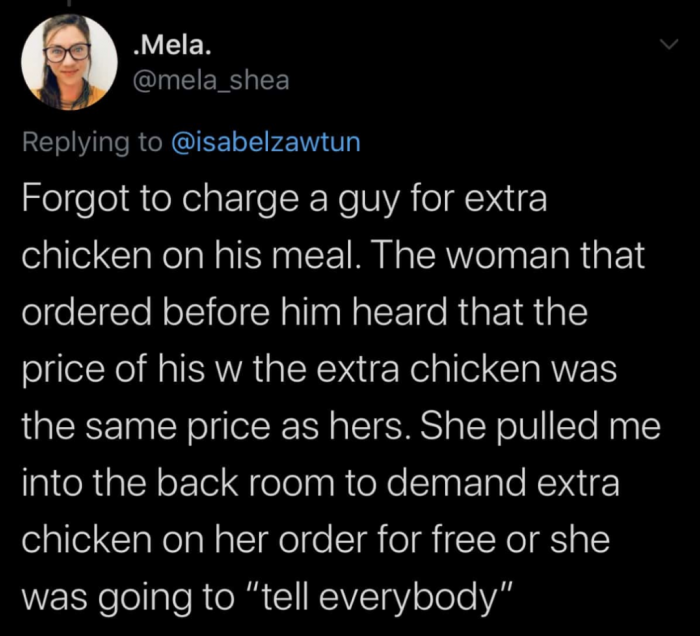 Just visualizing this is annoying. 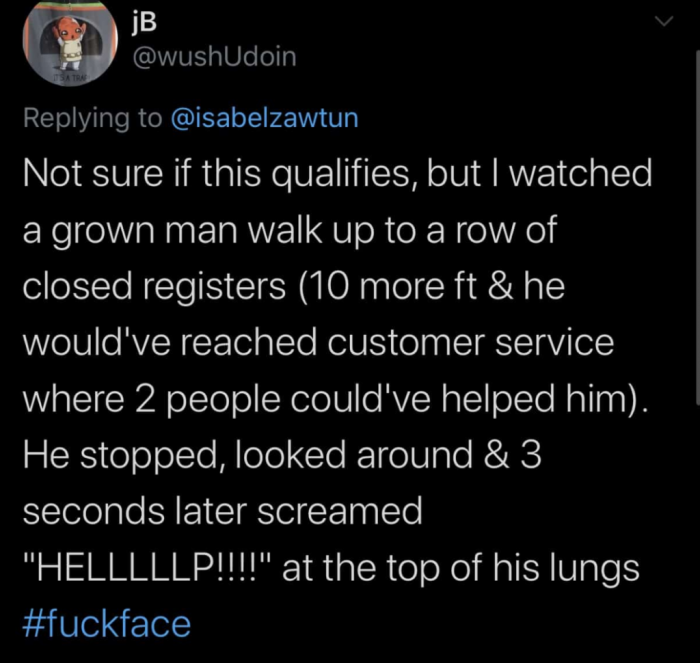 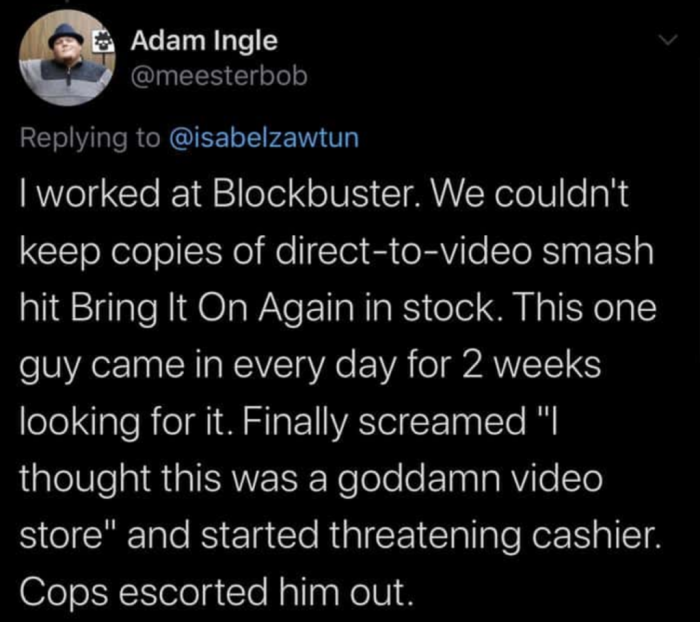 Oh, God. Just when we begin to think we’ve seen it all, something new and much worse comes right out of nowhere. Have you ever worked in an environment where you had to deal with such people? Share your experience with the world in the comments below.