A lot happens during movie making.

It is a very lengthy process and takes a lot of time. There’s so much that goes into it, patience, hard work, effort, and capital. Often movie projects get delayed because the actor or actress suffers an injury. So directors have to look after a lot of things and stay committed because they have to deal with a lot of unexpected situations and a good director is the one who knows how to deal with such situations rightfully. And then there are TV shows. Some shows like Friends, and CSI have run for 10 years. Actors and actresses basically, in such long projects, have two lives running parallel. One life is on set, as the character they play, and then there is the personal life off the set. Offset, they are normal humans, living their lives in their own ways. They eat junk, they get married. And in the case of women, they get pregnant.

Pregnancy is a choice and no filmmaker can stop an actress from getting pregnant just because they are part of a show. Anyone who does is not a good director. Who doesn’t want to start a family?

There are many actresses who have gotten pregnant while filming and told their directors about this unexpected event. And a good director deals with unexpected news like it is nothing. And today we will be seeing how these amazing directors dealt with the unexpected news of their actresses getting pregnant during the shoot.

This will be an interesting one because you can’t unpregnant them. So let’s enjoy how the directors dealt with this situation. Scroll down below to enjoy!

1. During the 11th season of Big Bang Theory Melissa Rauch, the actress who played the character of Bernadette, got pregnant. Bernadette had already had a kid with her husband in Season 10 of the show so a baby bump in the very next season would’ve become problematic in terms of continuity. But based on the fact that it was a comedy show, the owners of the show decided to introduce Bernadette’s pregnancy as a surprise, and her husband, Howard, reacted to the news as a very shocked person because their first kid hadn’t even turned 1 year old and she was already expecting a second one. This made the story interesting. 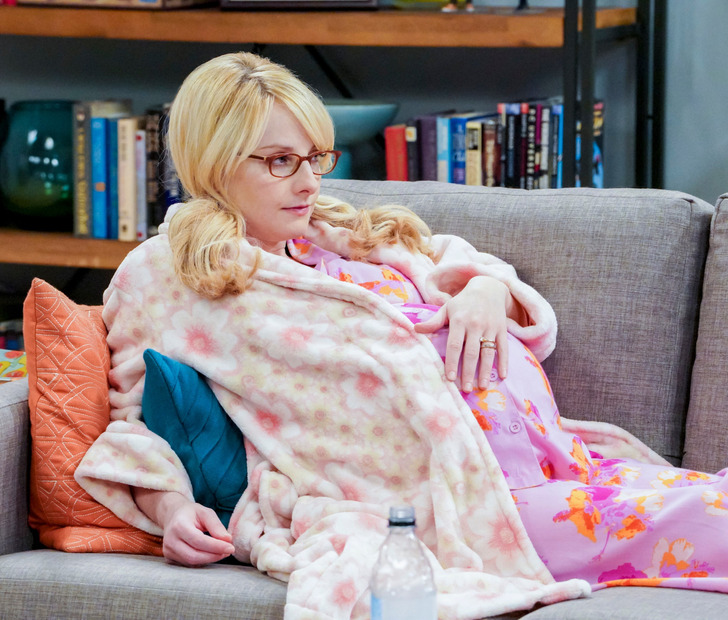 Via The Big Bang Theory / Chuck Lorre Productions and co-producers

2. During the 2nd season of The X-Files actress Gillian Anderson who played the role of Dana Scully, was deep into her pregnancy. The show makers tried to hide the baby bump through oversized clothes and shot her scenes from the right angles. And when it was time for Gillian to give birth, the directors smoothly gave her a break from the show by having Dana abducted by aliens. Things worked out perfectly. 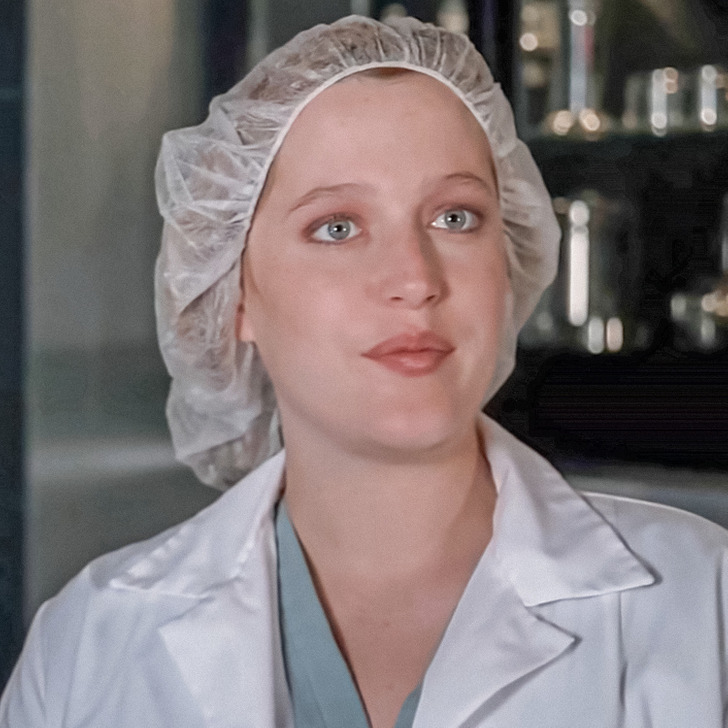 Via The X Files / 20th Century Fox Television and co-producers

3. During the 3rd season of Once Upon A Time actress Ginnifer Goodwin, who played the role of Snow White publically announced she was pregnant. The show makers, knowing that everyone is now aware of this, incorporate the pregnancy into the show and that is how her having a baby with Prince Charming went so smoothly. 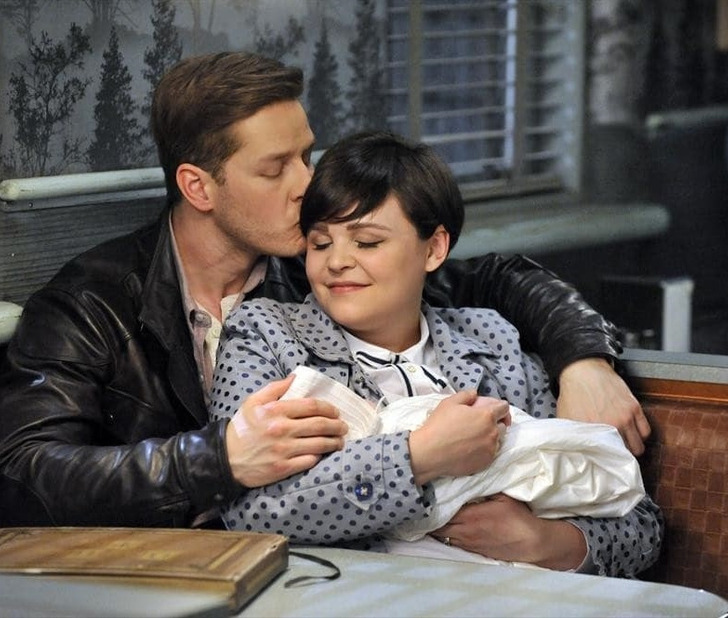 Via Once Upon a Time / ABC Signature and co-producers

4. Before the beginning of the Season 5 shoot of the season Alias, actress Jennifer Garner who played the lead character Sydney Bristow, got pregnant. The script was already in place and because Jennifer was an important character, the show makers decided to request the scriptwriters to rewrite the entire script for the 5th season so Sydney’s pregnancy could be incorporated into the show. Nearing the end of her pregnancy, Jennifer couldn’t take part in the action scenes and that is why we see the introduction of Rachael in the show. Rachael would do all the complex action work and Sydney became her supervisor and that is how they smoothly dealt with Jennifer’s pregnancy. 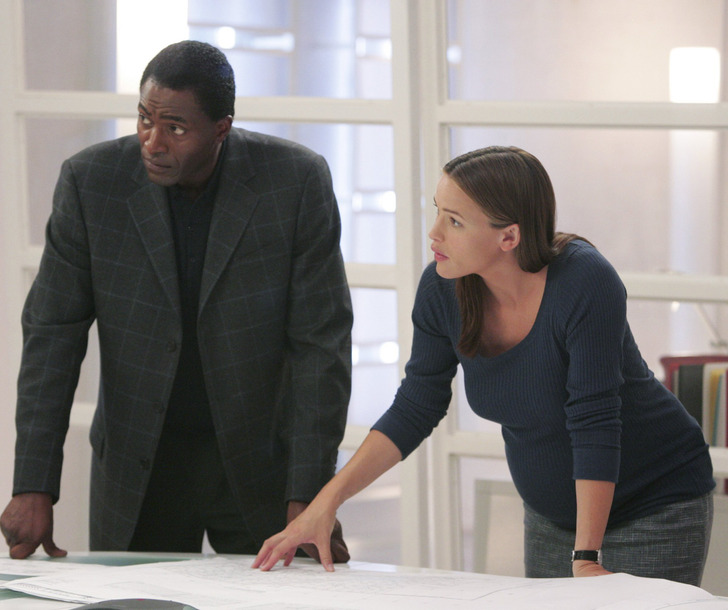 Via Alias / Touchstone Television and co-producers

5. Actress Marcia Cross, who played Bree in Desperate Housewives, got pregnant with twins during the show. It was a shocker for everyone as she was 44 and the pregnancy just wasn’t sitting right with her character. So the directors decided to hide her bump by making her character wear sweaters and by taking close-up shots. 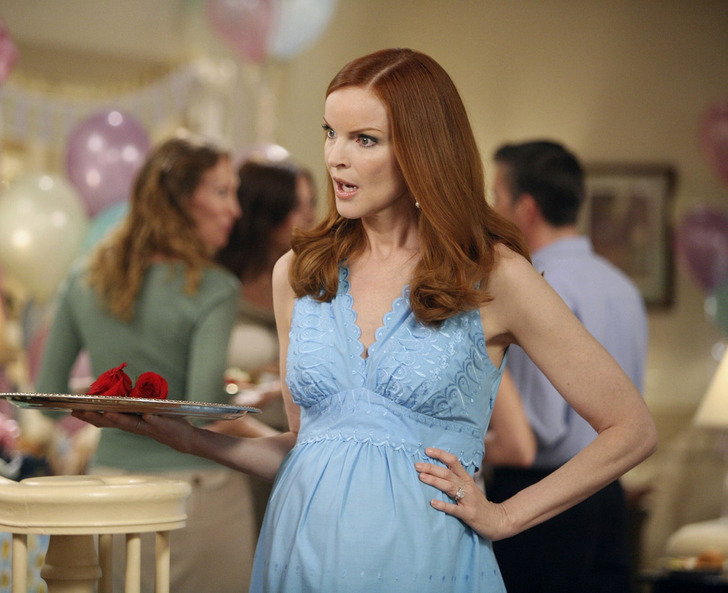 6. While filming for the movie The Witches, Anne Hathaway got pregnant. The directors had already created a costume for her character that was in the full fitting. Anne complained about the suit’s thin waistline as it would tighten up her baby bump. The moviemakers were fully supportive of the star and changed the costumes to ones that didn’t have thin waistlines. 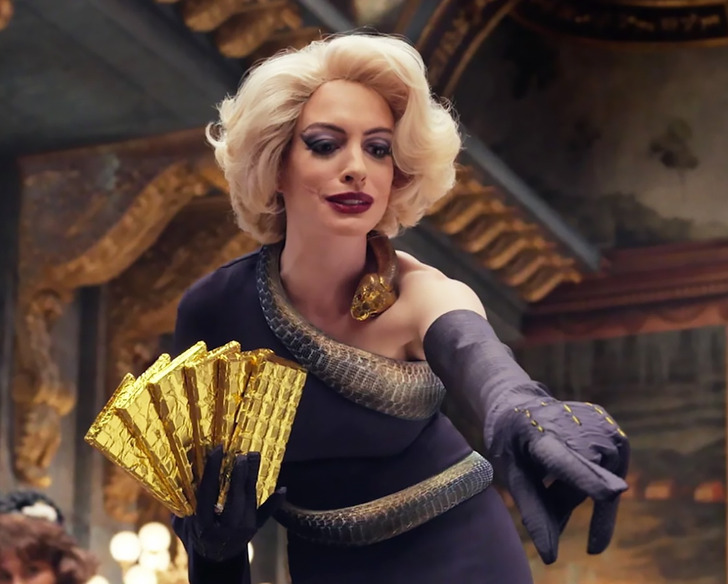 Via The Witches / Warner Bros. and co-producers

Wow! I love these showrunners. No wonder why these shows will be counted among the best productions ever because the show makers dealt with unexpected situations so perfectly. All pregnancies were dealt with so rightfully and smoothly. And the stories really are so cute and adorable to go through.

Let’s enjoy some more stories about actresses getting pregnant during shoot and showrunners dealing with them.

7. Lead actress of the TV show Bones Emily Deschanel and the character she played, Temperance Brennan were both pregnant during the first half of the 7th season. Emily however was more pregnant than Temperance and gave birth before the character. So the show makers came up with an amazing trickery by designing a fake tummy for her to put on in order to show Temperance’s baby bump in the show. 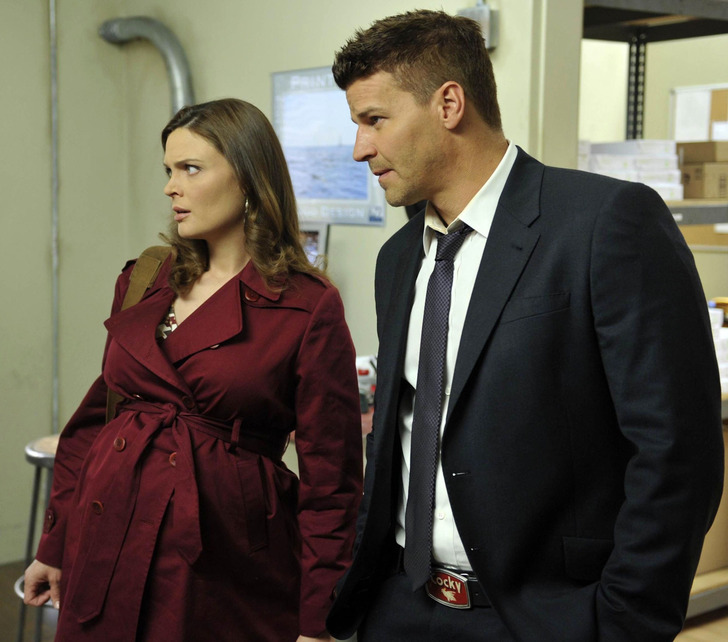 8. Pam, after having a child with her husband in the show The Office, got pregnant in real life. Actress Jenna Fischer, who played the character, got afraid because this pregnancy wouldn’t fit in with the show’s script so she didn’t tell the directors. Instead, she asked the costume designers to redesign her clothes in order to hide her bump. But a time came when it was impossible to hide the news so she finally told the showrunners about it and they were pretty cool. It was decided Pam’s pregnancy would be introduced and the couple would naturally have a second child. 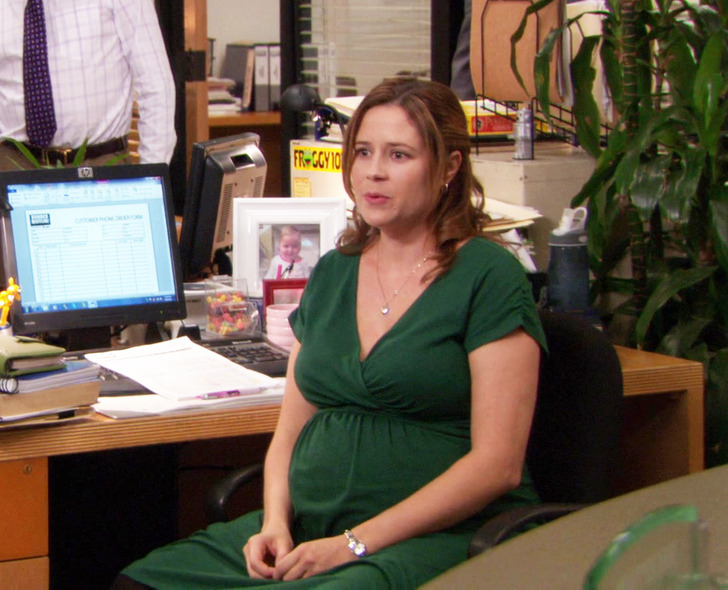 Via The Office / NBC Universal Television and co-producers

9. While filming for Jack Reacher, the stunning Rosamund Pike got pregnant. The costume designers and the cameraman had to put in their best efforts to hide the pregnancy and make her appear the same way during the 4 months of the shoot. 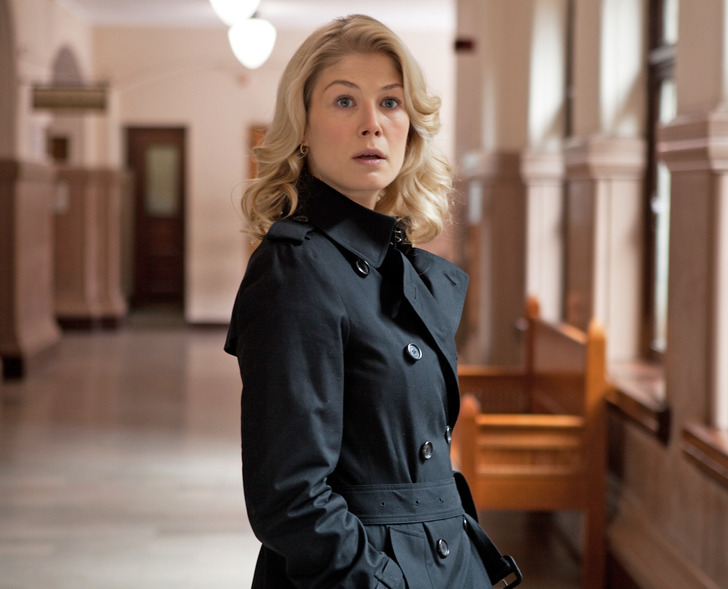 10. During the 7th season of The Vampire Diaries actress Candice King, who played the character of vampire Caroline, announced she was pregnant. The show makers made Caroline pregnant with twins and it worked well with Candice’s actual pregnancy. But the makeup artists did have to design a bigger tummy for Candice because she was only pregnant with one child and Caroline was with too, so they had to make the tummy bigger. 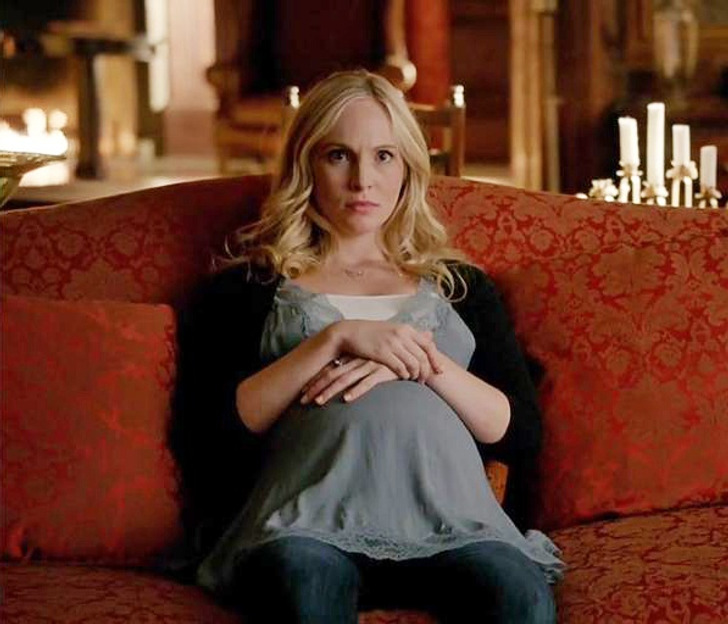 Via The Vampire Diaries / CBS Television Studios and co-producers

11. Before the shooting began for the 2nd season of the show Mistress actress Alyssa Milano, who played the role of Savannah, got pregnant. The show makers decided to hide her pregnancy by shooting her shots up close, by having her hold props and items that would hide her belly bump. 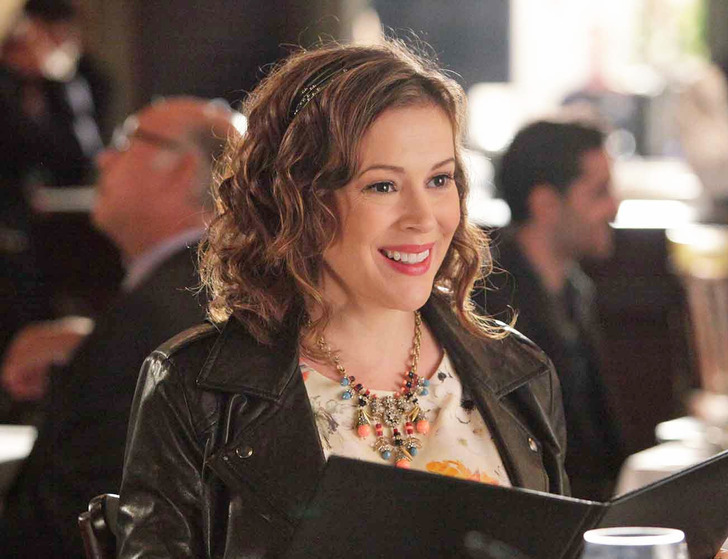 Via Mistresses / ABC Signature and co-producers

12. Actress Caterina Scorsone, who played the character of Dr. Amelia Shepherd in the show Grey’s Anatomy got pregnant 3 times during the entirety of the show. The first and the last pregnancy were incorporated into the show very nicely. After giving birth for the first time, in the show, the doctor lost her first baby. When Caterina announced she was pregnant for the 3rd time, the show makers decided to incorporate that pregnancy and this time the doctor had a healthy baby. This made her a happy mother and the viewers got super happy as well. 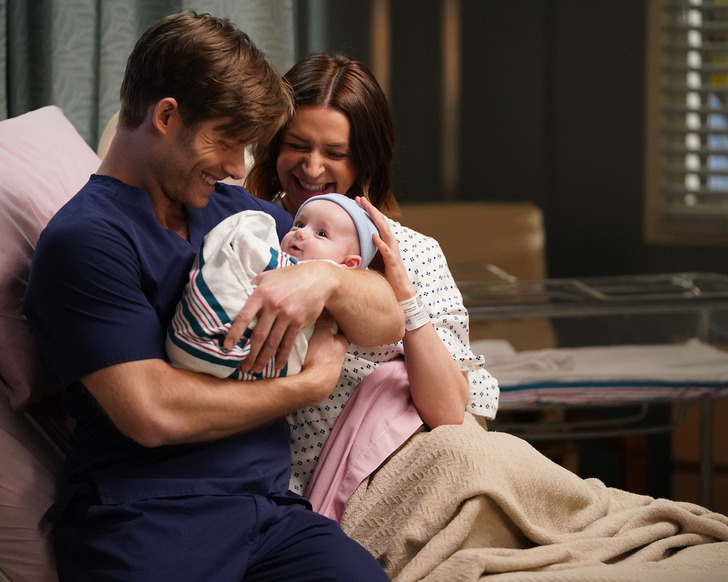