Pets are very obedient but that doesn’t mean they can’t be disobedient.

Obedience is a term anyone would associate with animals without even thinking twice. They are known for their genuine loyalty towards who they form an inseparable bond and the requirements are very simple, they only want your undying attention, and undivided love and affection. And your baby boys will make sure they stay by your side and do everything in their power to keep you happy for the rest of their lives. There is no denying that animals love honoring the bonds they form willfully but with that being said, there is no denying the fact they can be very rebellious if they want to be. Let’s just say animals choose to show us only their good side and try to keep switching towards the darker side as a last resort. So try not to be on their bad side because when an animal comes to being disobedient, it makes sure you realize they are being disobedient. If you think about it, that’s exactly how human babies are. You find them extremely cute as they do their innocent joyful things but that does not mean they can be very daring and so stuff you did not expect from them.

Today we are going to look at some daring pets who left their owners speechless by showing their dark side that no one saw coming.

Scroll down below to enjoy and if you are a pet owner, well then enjoy at your own risk.

1. This cat owner was growing a plant with lots of dedication and love only to find out the pot is now their cat’s favorite sitting spot and the plant had died long ago. 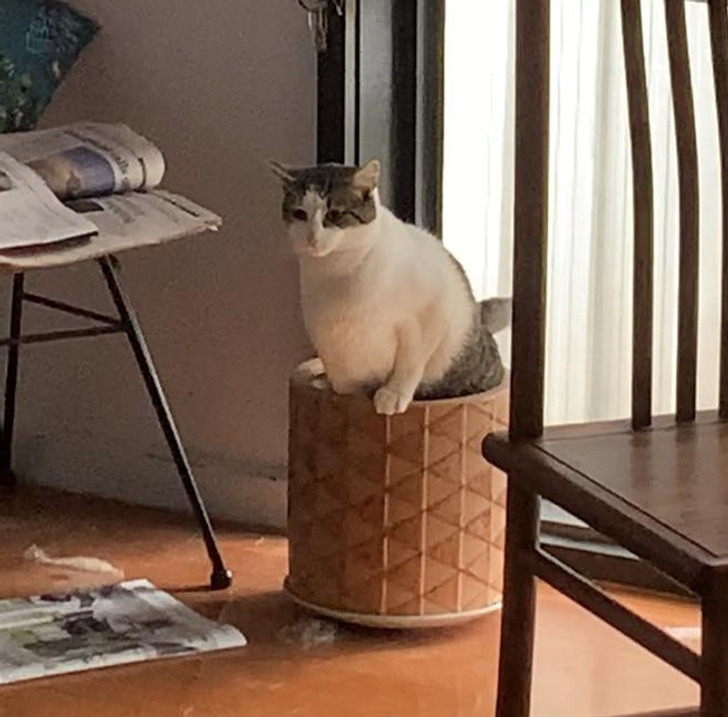 2. Ever heard of “big bombs come in small packages”? Well, there you have it. The chicks decided they’d had enough and the dogs couldn’t believe their eyes. 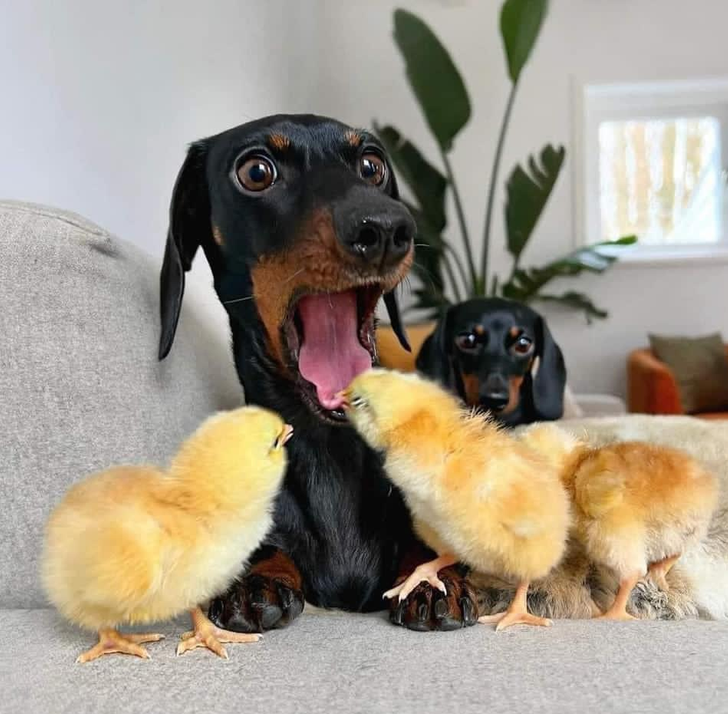 3. This person couldn’t conjure up the energy to go outside and get their delivery because two bandits decided to suddenly show their dark side. 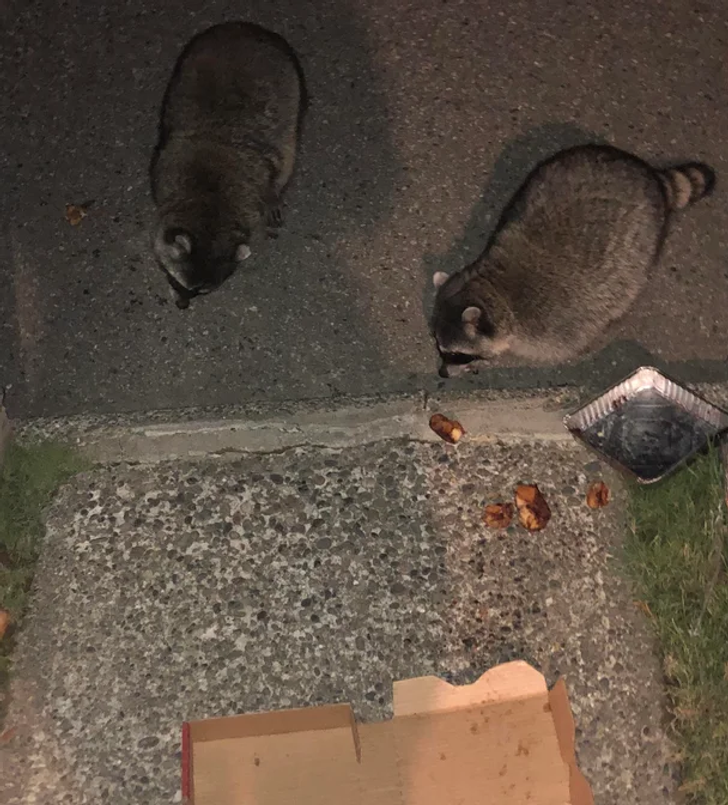 4. Their owner has to poop but it feels like they will have to wait until the cats are done taking bath. 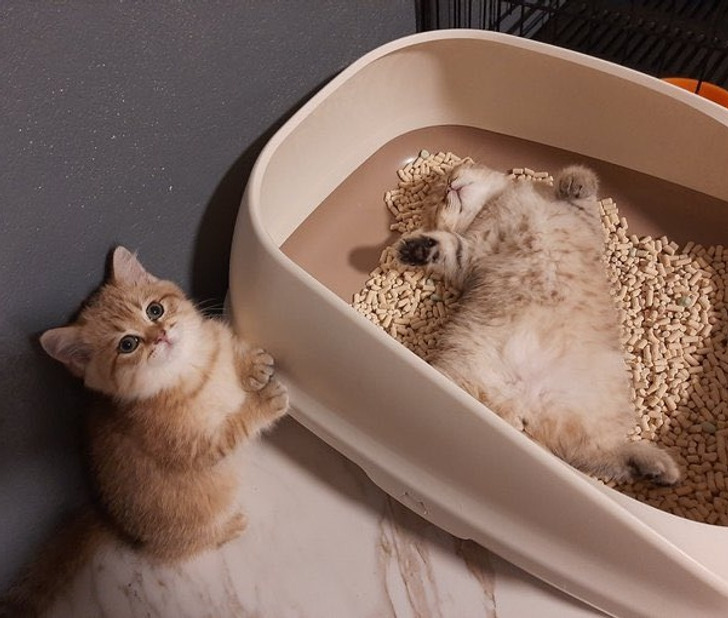 5. Never seen a more rebellious act than this goose blocking the entire road with its existence. 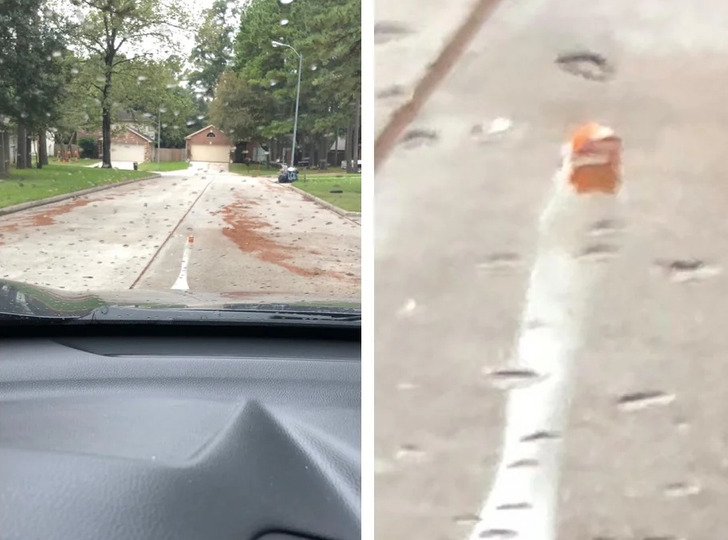 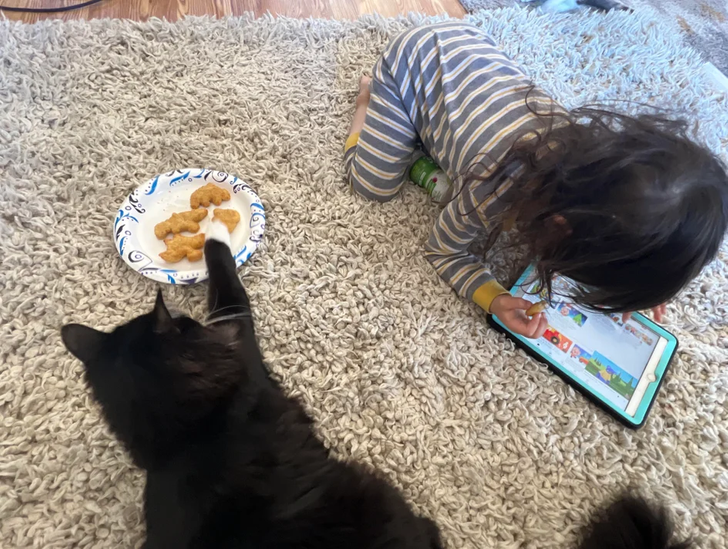 7. When your parrot has been calling upon you for the last 5 minutes and you ignore it, this is how it lets you know it was calling you. 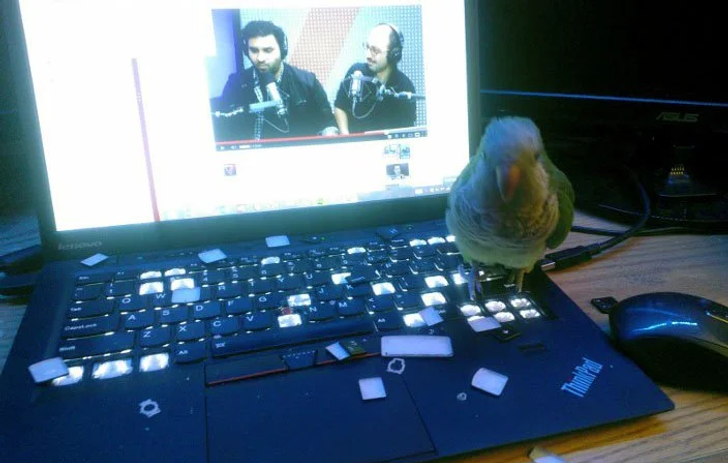 8. Believe it or not this squirrel was caught stealing a little kid’s car. This is the level of confidence I need in my life. 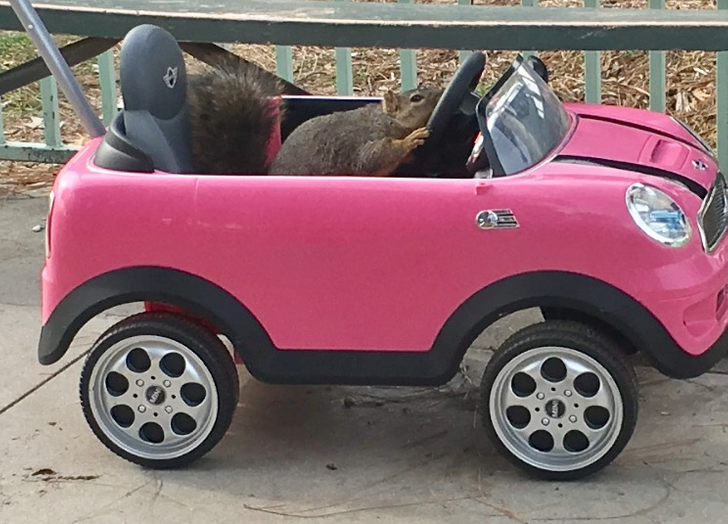 9. This person’s favorite sock went missing and this is where they found it along with the culprit. 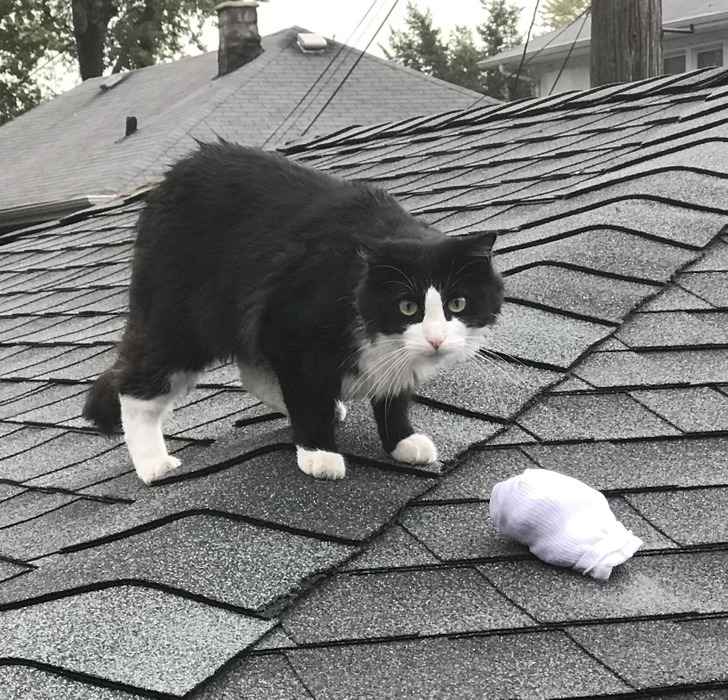 You know it really does surprise me to see animals being disobedient. Like you don’t associate such an act with them, they are meant to be loyal and obedient to their owners. Well, we all learn something new every day. Let’s try to never be on an animal’s dark side, that’s what we should all learn from this.

Let’s look at some more examples of animals showing off their darker side.

10. If you’re wondering, those clothes were just ironed and folded. And by that dog’s looks, he does not give a single buck about it. 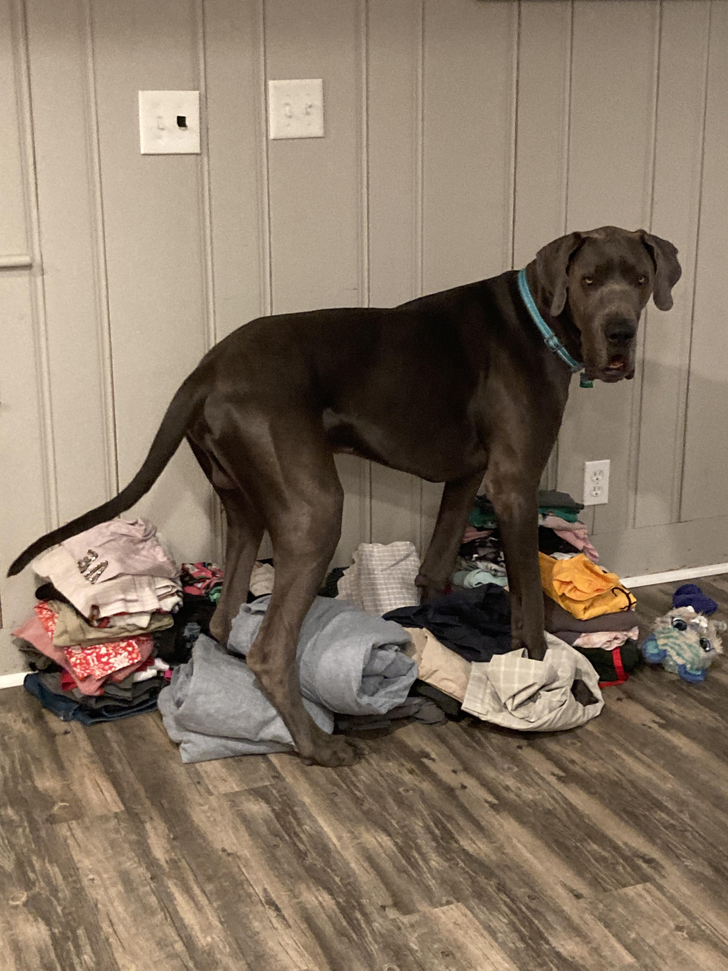 11. This lady worked really hard over the weekend to put plants in the garden. This is how their dog showed appreciation for her hard work. 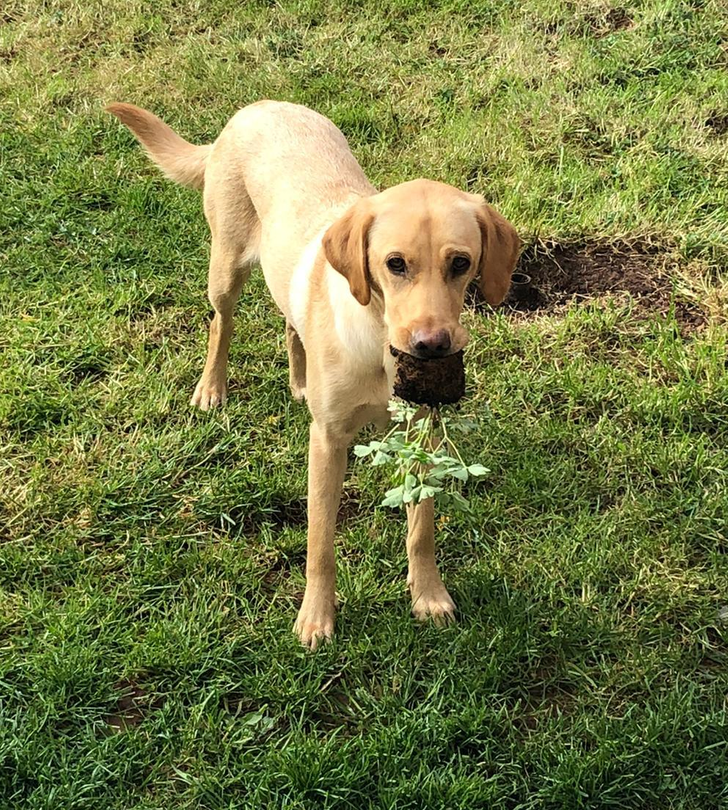 12. “Otis, the dog, didn’t want to share pizza crust with Guenhwyvar, the cat.” 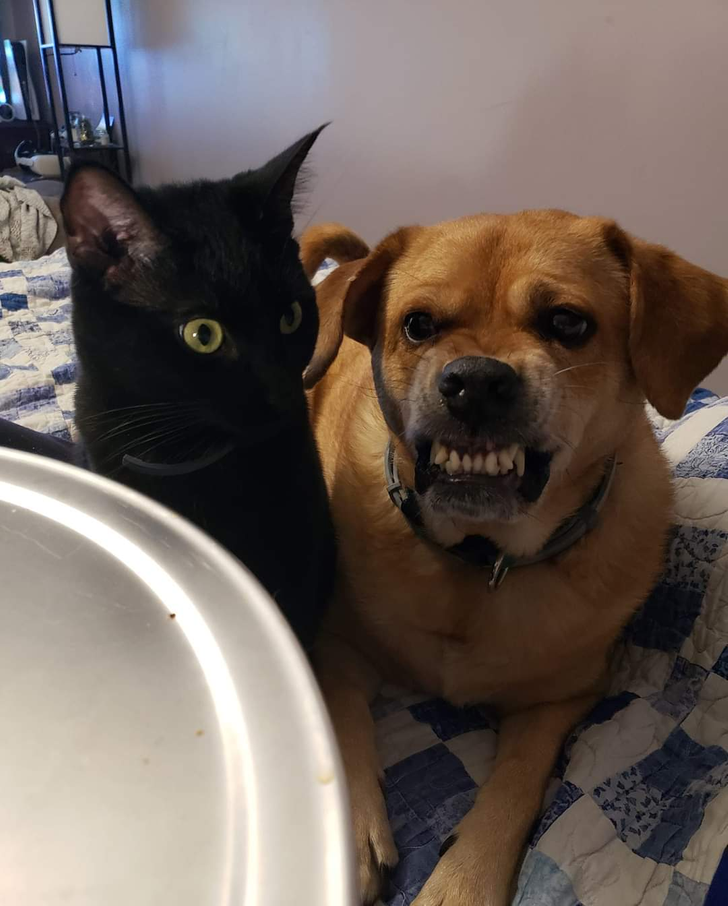 13. “Throwback to when my goat was standing on my donkey.” 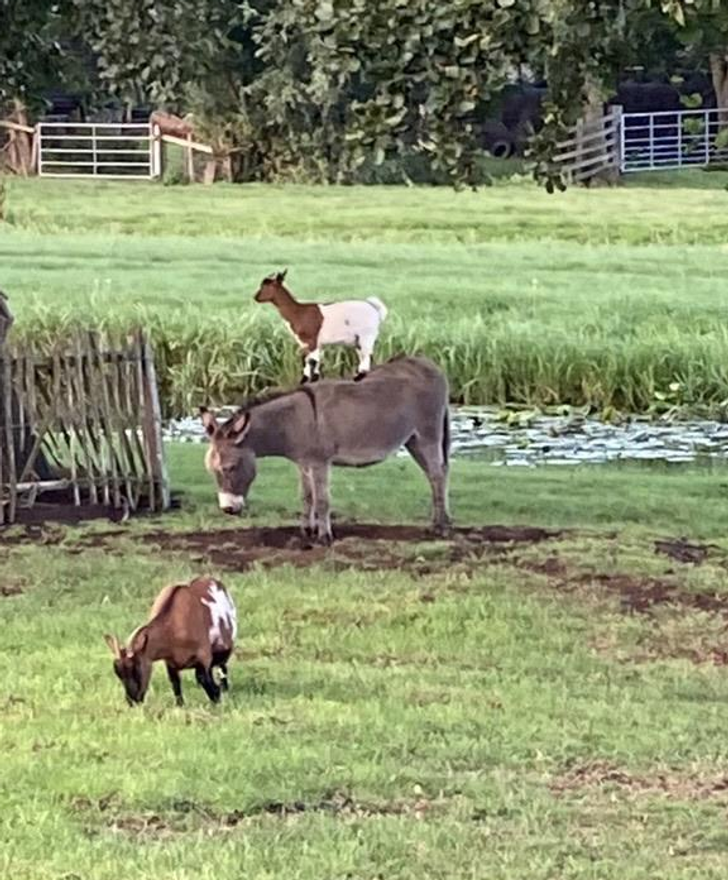 14. “We’re trying to teach our kitty to stay off the coffee table. This is his response.” 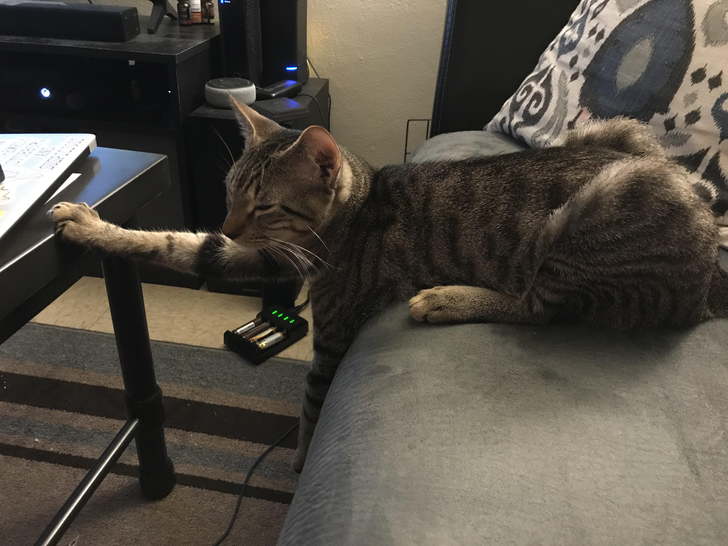 15. “My little silly right after getting groomed and being told to do anything but jump in the mud.” 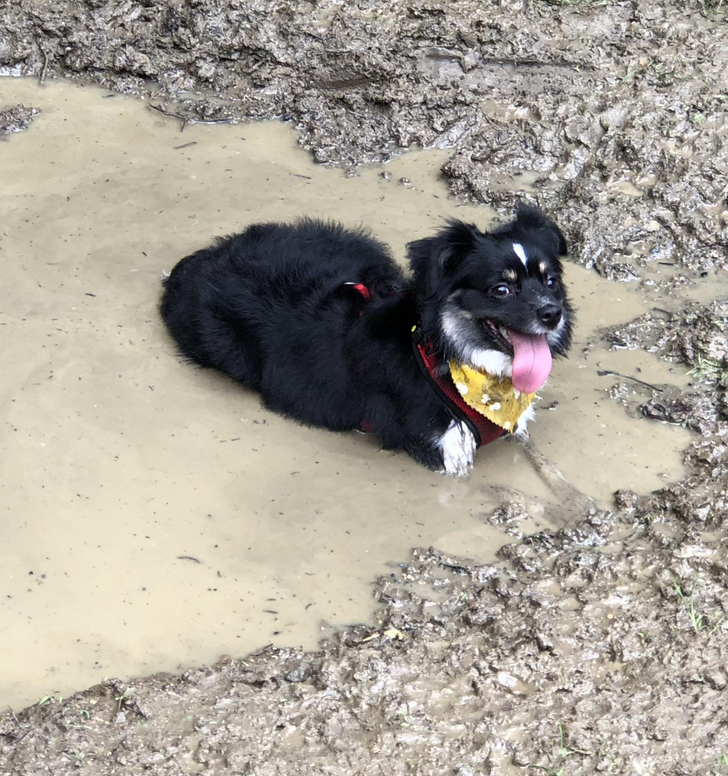 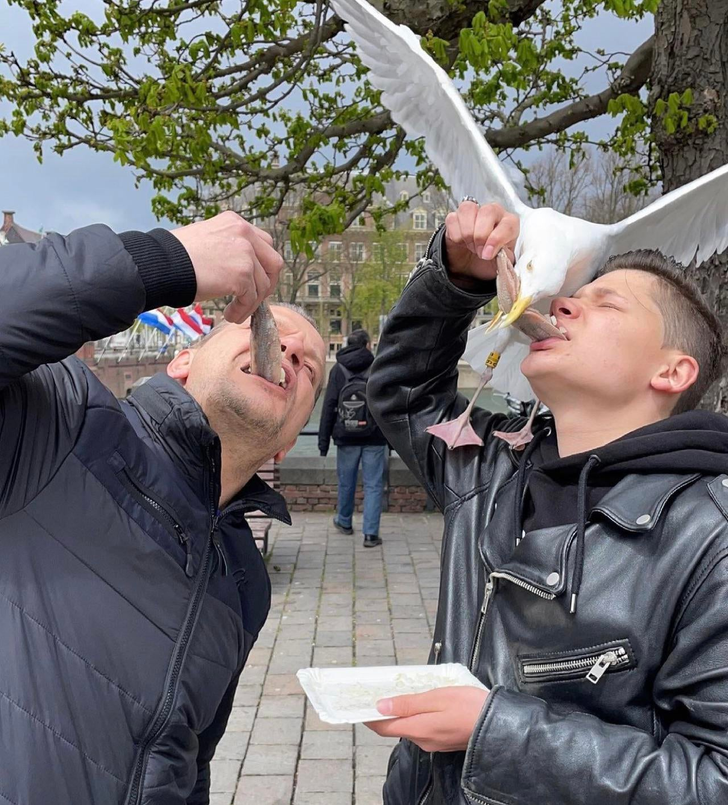 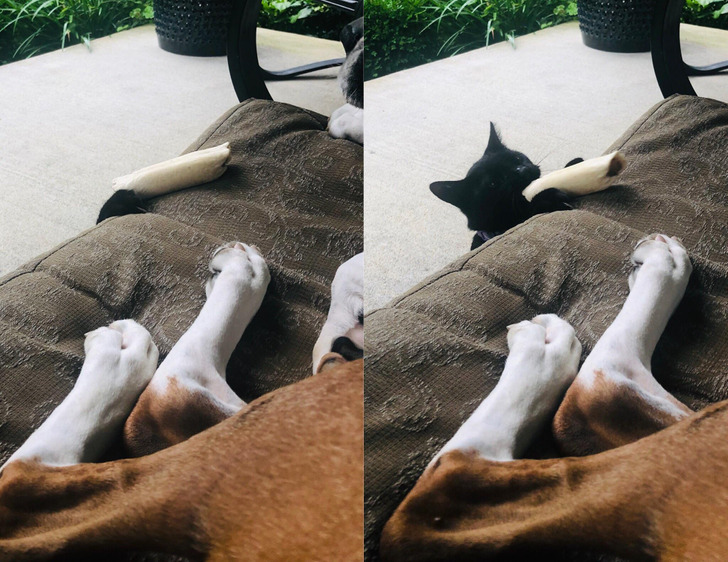 I really hope you guys enjoyed this one. Don’t forget to share your thoughts in the comments section down below. Has your pet ever been disobedient to you?