Who knew choosing beggars had infiltrated the American army?

I certainly did not. More likely however is that the following person is just pretending o be one just so he could get a discount on some knives. Not only that he also has the audacity to ‘explain’ how American vets basically saved the whole world so everyone ‘should’ give discounts to them.

Now I am not saying people from the Army don’t do a lot for their citizens. However, nothing should be expected from a company especially if it is a small Etsy shop run by a person who just wants to earn a decent living. Somebody should tell choosing beggars like him this because they never understand this simple fact. And will do anything just to get a few dollars taken off an item. Even go as far as lying.

I am not sure he paid any attention in history class. 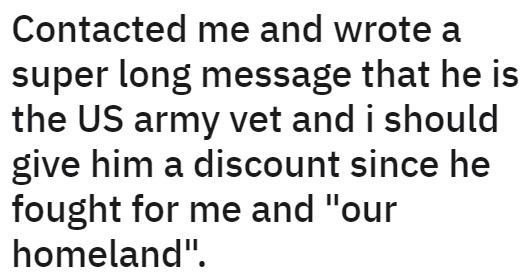 I can’t believe he is asking for a discount in the first place. 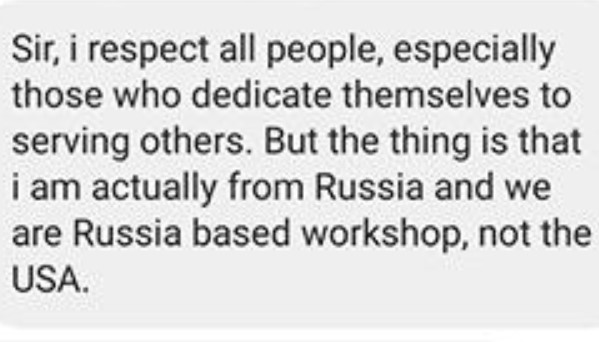 Leave it to these sorts of people to feel superior just because they are ‘Americans’. 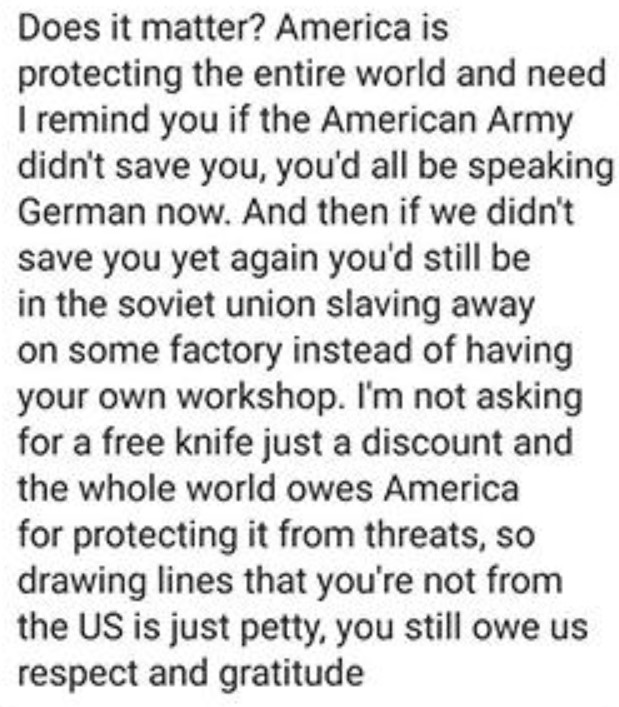 I’ve lived in America my whole life and I don’t want to start some political debate but lemme just say this, currently, America is not whatsoever protecting the world during these times. –sam_sam1127

I mean who wouldn’t reply with a meme when someone gets unjustifiably angry? 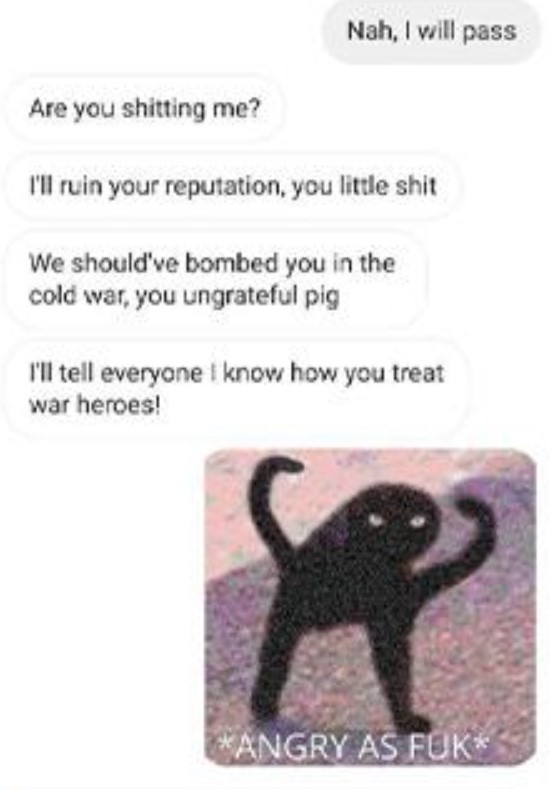 He is only a patriot when he needs something. 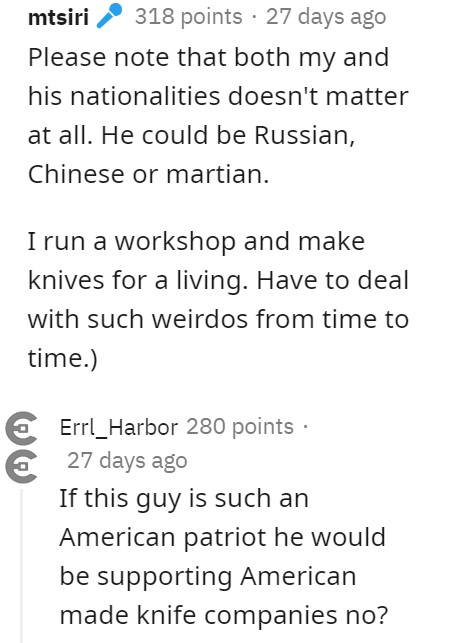 At least this guy is getting some traffic on his Etsy shop because of this. 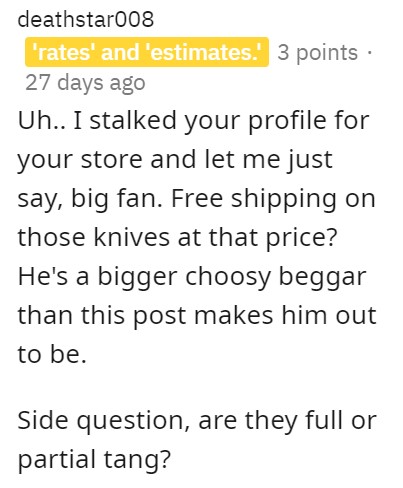 Remind people like this that America has a VOLUNTEER ARMY, and he volunteered… but I’ll bet a shiny new nickel that this bag of doosh never served a day in his life. And the one thing a REAL war hero will never say is that he’s a war hero.

I served 8 years in the USAF, flew over 2000 hours, some over North Vietnam (no, I didn’t fly bombers of fighters, I flew un-glamorous reconnaissance), and America owes me NOTHING! I was just making a down payment for the privilege of raising my sons and my grandchildren in America. –Maxsdad53

I am not going to touch this with a 10-foot pole. 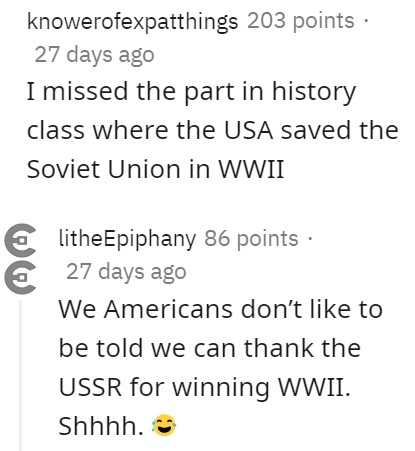 As I said before, he only likes his version of American history. 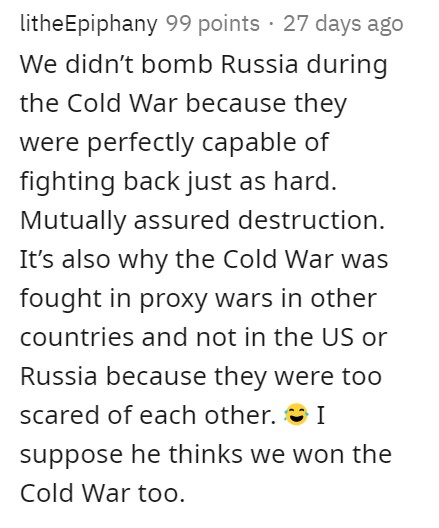 Who wouldn’t feel embarrassed by his antics? 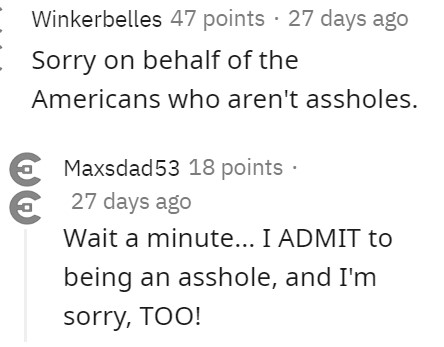 Ah yes, a bratty teenager pretending to be a veteran. Sounds about right. 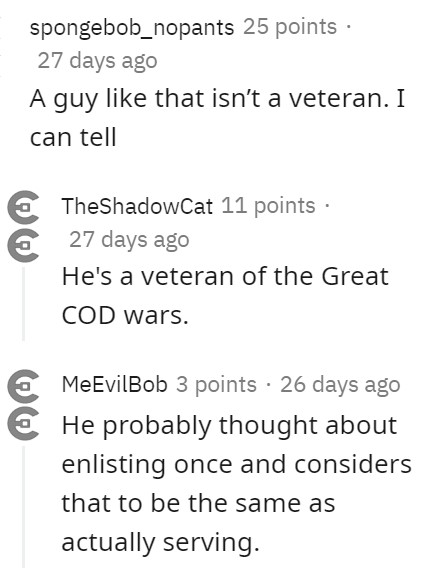 What are your thoughts on this conversation? Let us know in the comments down below.