I am well aware that everyone needs some sort of family whether they are blood-related or otherwise but this doesn’t mean that the ones you are born with are always good people. Sometimes your family will take advantage of you whether it be monetary or some other way. I am sure you have heard several stories of family members asking their relatives for an increasing amount of money and the relative giving it to them because and I quote ‘it’s family’.

I am not saying one shouldn’t help their family member if they r in need but there should always be a limit and one should never let their relative walk all over them. Some people are just way too nice and can’t help themselves. Being kind should have some sort of a limit in this day and age and I know this sounds bad but it is the truth that society these days abides by. We have one such story where a woman cared for her children and helped them in whatever way she could.

However, this story also has revenge because the daughter of this woman didn’t let her sister scot-free while also completing the last wish that her mother had set out for her. You can read the whole story by scrolling below.

This woman was clearly a hard worker by the way this person describes her Grandmother and she was a king lady almost to a fault. 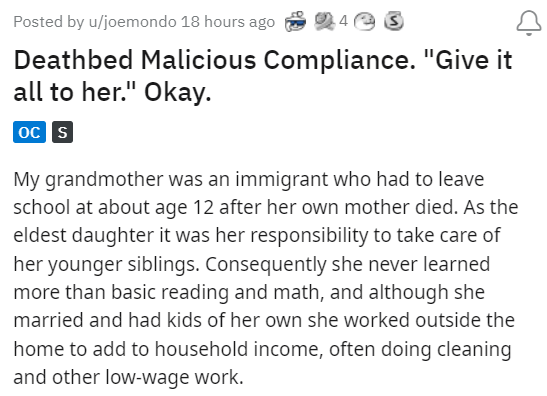 However, this kindness came back to bite her many times as her daughter took advantage of the kindness and kept asking her mother for extra money. 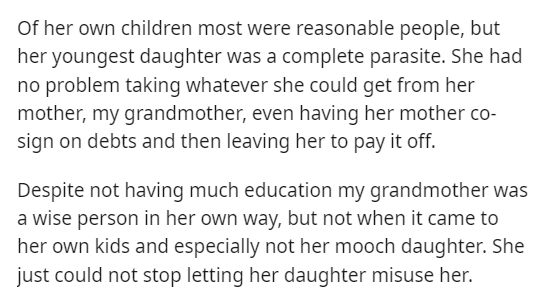 So when she passed away, she obviously left what little money she had to her daughter but the sister wasn’t going to let her sibling have the last word without a fight. 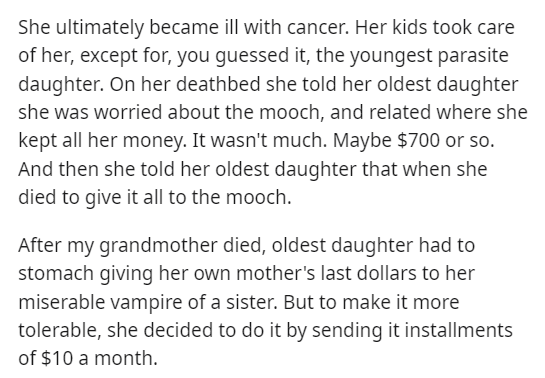 So the sister got paid in ten dollar installments for many years which is quite hilarious if you think about it.

It is simply heartbreaking to see that the grandmother believed in her daughter until the very end and that she couldn’t see her daughter for what she really was, a parasite. Don’t get me wrong, I understand that people have hard times but that doesn’t mean that you can basically take advantage of your parents until they have nothing left. So in my opinion the sister had the right idea by paying her in installments so she couldn’t really spend it all in one place and waste it. After all, she didn’t deserve it.

The parasite aunt ended up being alone after she burned the bridges with all of her family members. 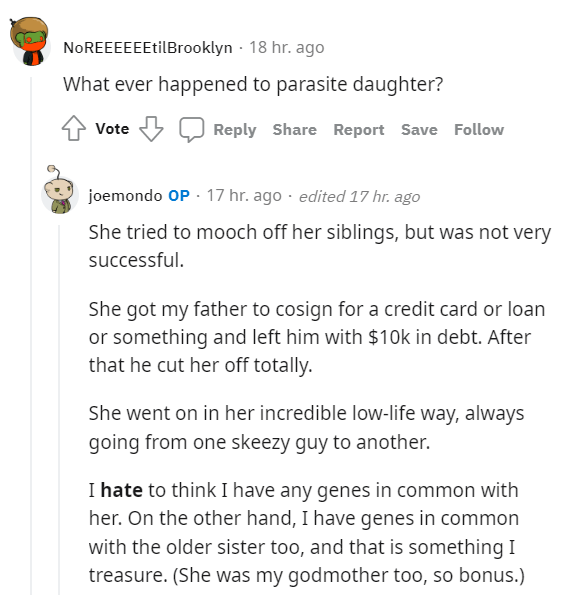 I am glad this happened to her as she deserved all of what she got.

It is not good to hold a grudge but some people just don’t have the capacity for change. 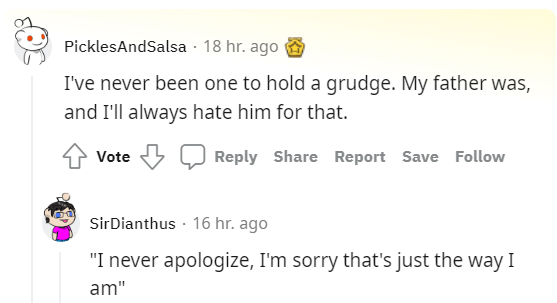 The older aunt deserves praise for what she did. 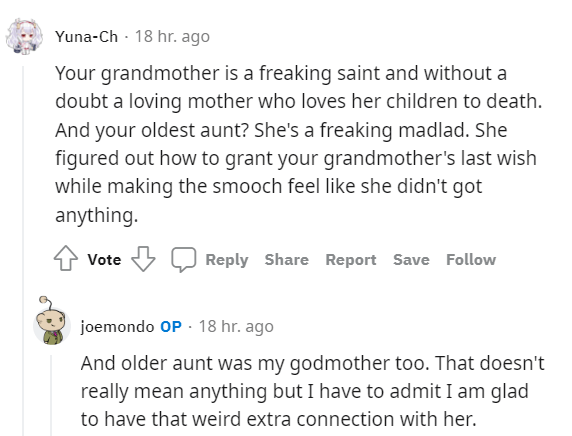 She did violate the wish somewhat but the aunt deserved it. 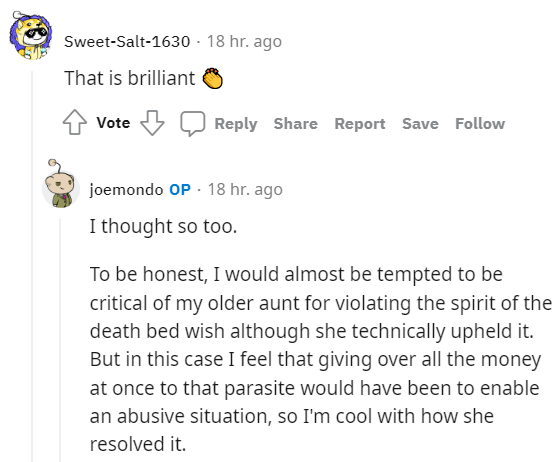 What are your thoughts on this? Do you think the sister had any right to cut up the payment into installments? Or do you think he didn’t really stick to the last wish of her mother and dishonored her? What would you have done in this situation? Would you have simply given the money to your sister and never talked to her again? Let us know in the comments down below. And don’t forget to share this article with other people so they can join in on the discussion as well.